More than a decade after it rewrote the rulebook for compact reverb pedals, the BlueSky has received an overhaul to compete with the modern big guns, but is the Sky still the limit? 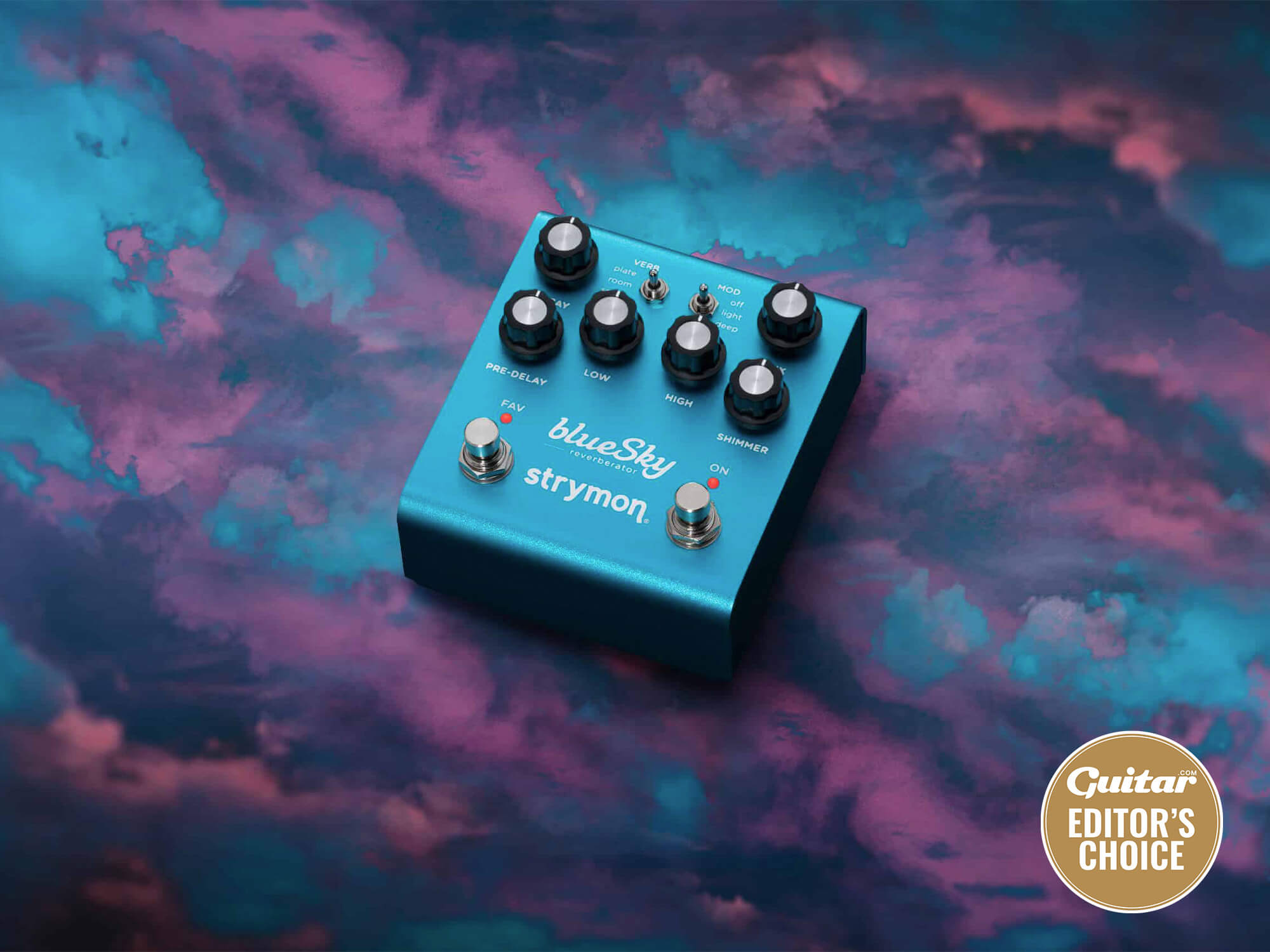 Making a great pedal even greater, the V2’s extra onboard control means the BlueSky is more versatile than ever, and once again the cream of the high-end reverb crop.


It’s easy to forget what reverb pedals were before the Strymon BlueSky came along and changed the game. Back in 2010, if you wanted studio-quality reverb sounds for your guitar, you probably needed a studio, or at least a rack-mount unit or pricey multi-effects. The BlueSky and the myriad pedals it inspired, would change all that by bringing high-end DSP to a relatively compact pedal – finally ethereal, angelic bliss was but a few hundred quid away.

But 12 years is a long time in the world of digital technology. And despite the fact that the OG BlueSky has remained a much beloved pedal throughout its life, in 2022 you have a host of compact, high-fidelity reverb units coming for Strymon’s crown from brands as diverse as Universal Audio, Meris, Walrus Audio, Neunaber and plenty of others besides.

With that in mind it’s no surprise that the clever folks at Strymon’s California HQ have decided to overhaul the BlueSky (and a bevy of other Strymon midi-pedals) to bring them up to snuff for the 2022 guitar player.

So what’s new? Well across the range Strymon has upgraded these pedals with new generation ARM DSP chips, offering enhanced sonic fidelity over the previous units, while remaining true to Strymon’s heritage of mixing analogue and digital, we also have an all-new JFET input circuit for added organic warmth to your sound. 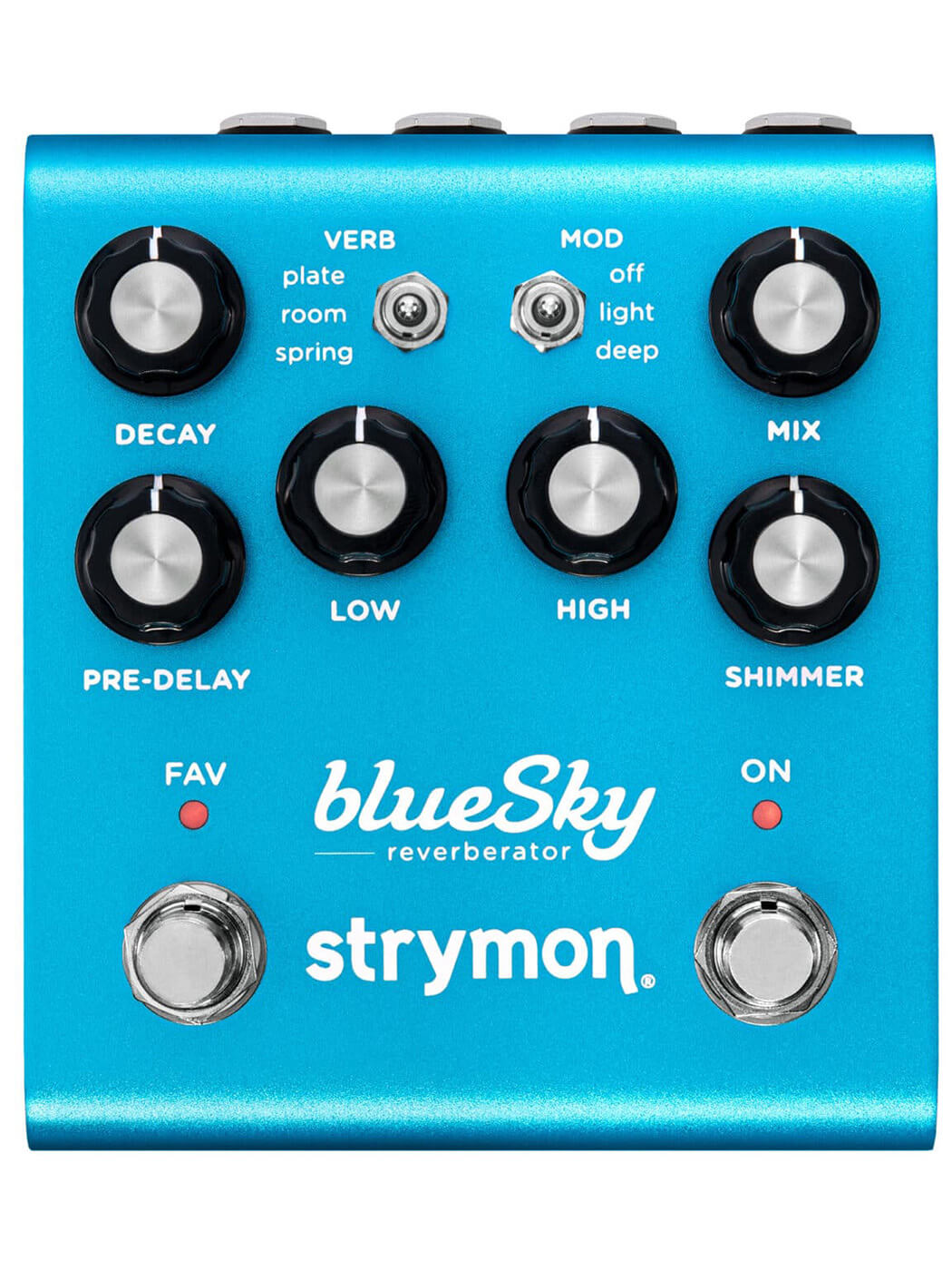 There’s also the facility to switch between true and buffered bypass, the ability to select mono-stereo operation at the flick of a switch (as opposed to having to mess around with the pedals internals) expression pedal control and, as you would expect for a high-end pedal in 2022 the V2 BlueSky is fully MIDI’d up with the ability to control any of the pedals parameters remotely, and store up to 300 presets internally.

The most notable change about the V2 BlueSky however is the control layout – where the old one had five knobs and three three-way switches, the V2 sports six and two. This might seem like a minor adjustment but in practice it’s transformational.

Without doubt one of the reasons that the original BlueSky was such a hit was its Shimmer mode that added a chorus of ethereal crystalline octaves to your reverb sound – aka the praise and worship setting. On the V1 Shimmer was simply one of the two esoteric modes (along with modulated ‘verb) selectable by one of the three-way switches, but the V2 gives Shimmer its own bespoke knob. This is significant for a number of reasons; for starters it gives you the ability to precisely control the intensity of the effect, allowing you to subtly add a soupçon of octave to sparkle up your sound or crank the knob into full ‘cathedral in the clouds’ octave ecstasy, or all stops in between. 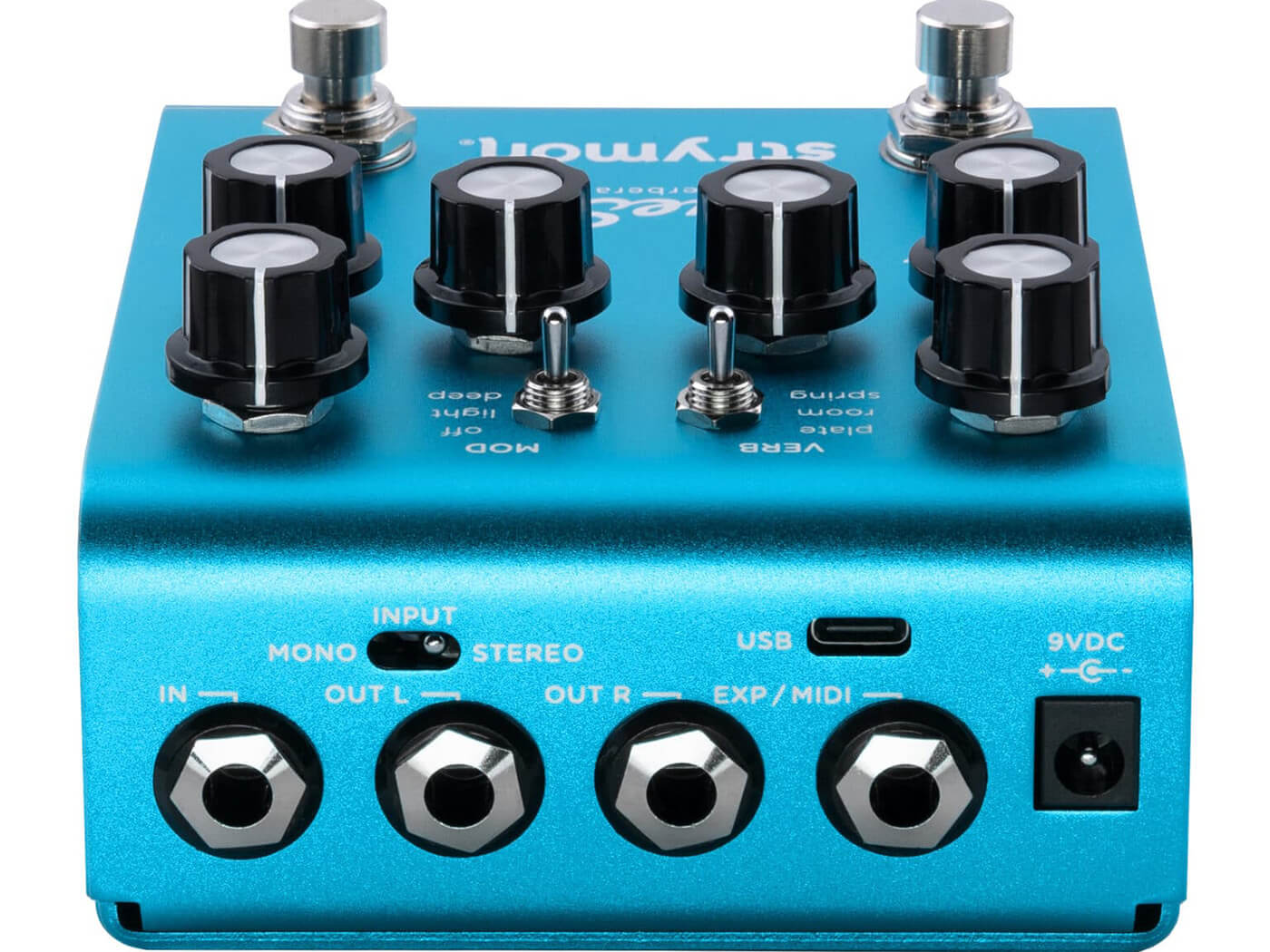 It’s also important because it frees up a switch to give you control over the Modulation effect, which you can now use in concert with the shimmer, or on its own – the three-way switch giving you the option of either a light or deep modulation, or none at all.

As for the sounds themselves, we still get three basic reverb types; plate, room and spring. To our ears, the plate and room sound warmer and fuller than the V1 versions (perhaps due to that new JFET preamp) while the completely redesigned spring algorithm is pristine and hi-fi, but strangely lacking a hint of warmth compared to the others. This is nitpicking however, because rest assured these remain some of the most musical, inspirational and downright fun reverb sounds you’ll ever hear from a pedal.

One of the biggest arguments against the BlueSky versus its more feature-laden larger brother, the BigSky, has been the lack of fine control on hand – even if most people were likely only using a few of that pedal’s huge array of sounds. For those players, the extra onboard tweakability – plus the huge potential for fine control and preset selection via MIDI – means the V2 BlueSky will be all the ethereal reverb bliss you need. 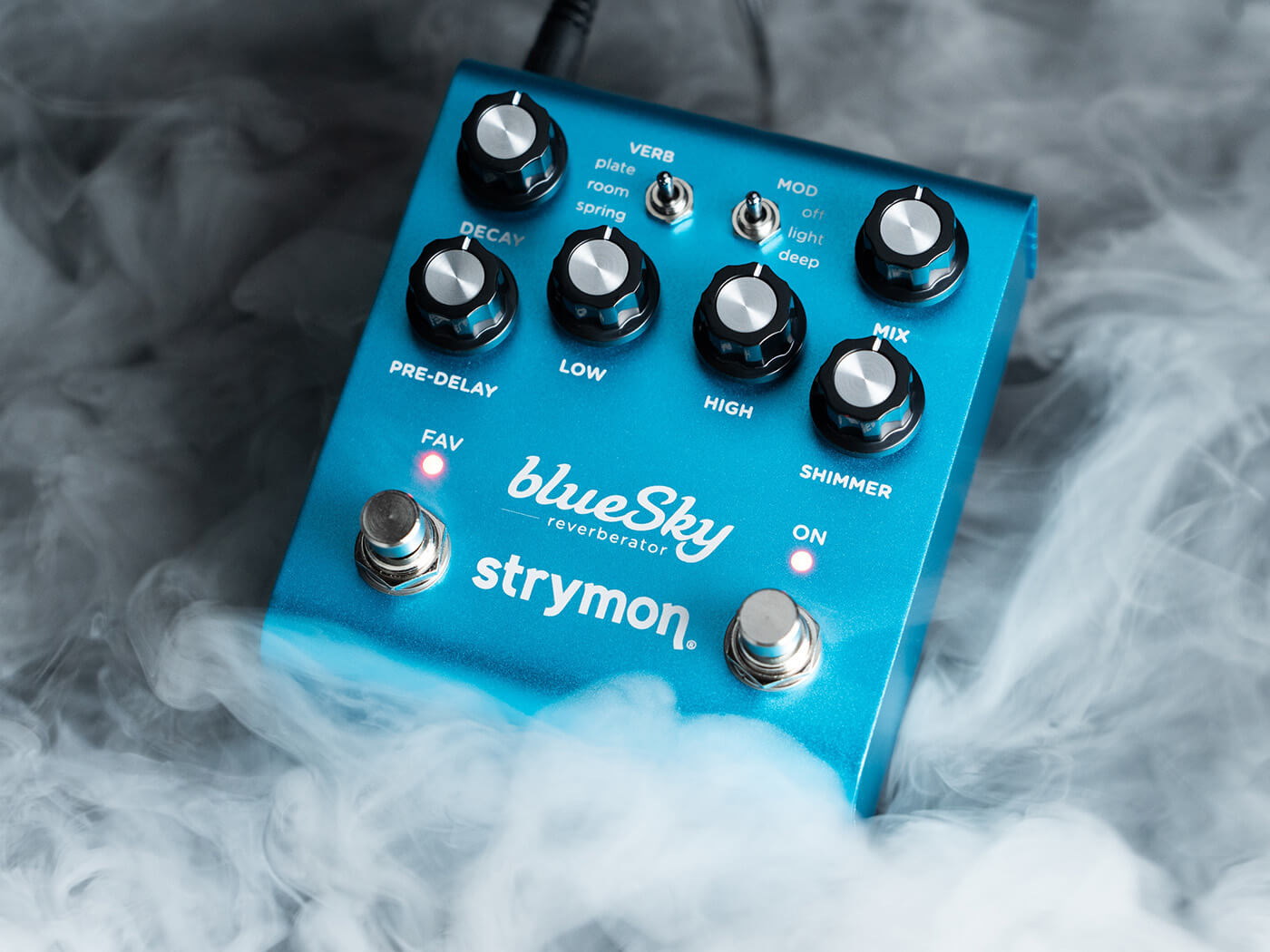