Get the fog machines and the robes.

The original Life Pedal is holy-grail level stuff for a certain sect of heavy guitar players. A collaboration between a legendary experimental band and one of the coolest pedal brands, housed in a unique, beautiful enclosure built after the sounds the band recorded with Steve Albini. The only way it could have been cooler is if it came with a free Sunn Model T and Satan himself had soldered the clipping diodes in place.

But the original was only a limited run. Version two was as well, despite its slightly more ‘standard EarthQuaker pedal’ look. Version three? That’s here to stay, with a new look, a tweaked circuit and an extra footswitch.

Before we roll our amp volume to antisocial levels, it’s time for a quick refresher on the basic topology of this circuit. First in the chain is a blendable octave fuzz, one inspired by the Shin-Ei FY-2 and FY-6. This runs into a RAT-inspired distortion, before we hit a loud clean boost. So that should set some sonic expectations as to the volume and gain levels we’re working at here: if you need something to gently coax your amp to the edge of breakup, the Life Pedal is not it.

Here, as with the second edition, there’s an expression input which takes over control of the octave blend if you want to adjust its level while keeping your hands on your guitar. But there’s also now a footswitch to simply turn the octave on or off, if you don’t want to mess around with blending it in. 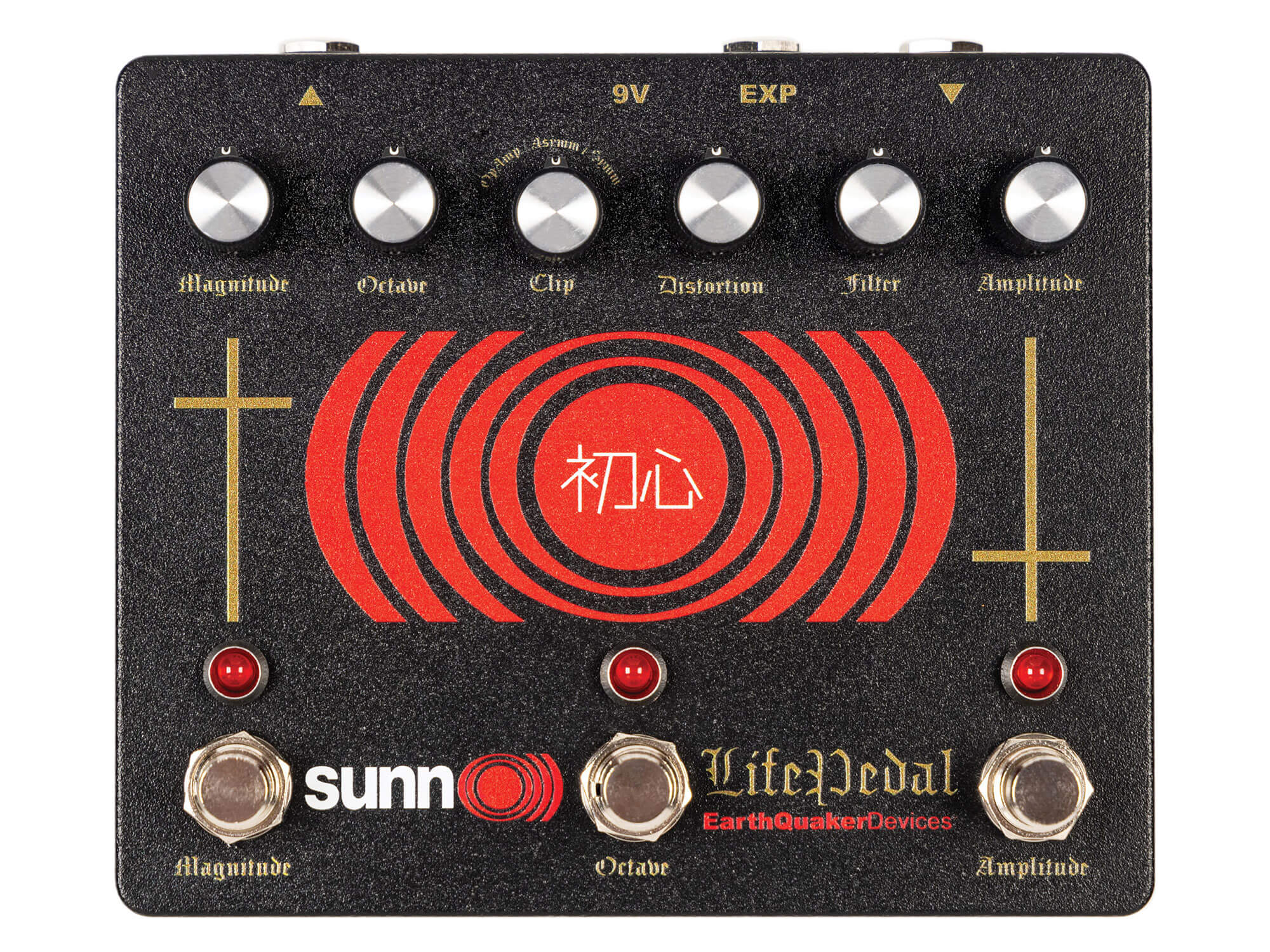 All three portions of the pedal feature relay-based momentary switching. The first thing we notice is that the footswitches create a slight ‘clanging’ noise when pressed, which is most noticeable when engaging the distortion. It’s not really any louder than the standard clonk of a true-bypass footswitch, but it’s a little harsher.

This is not a major issue at all, however, as it’s soon eclipsed by a bellowing wall of feedback. With a low-tuned guitar the pedal instantly takes you to the territory of Life Metal and Pyroclasts: the bass response is huge, as is the output, even before we touch the clean boost is engaged. The filter control (wired in the standard RAT fashion, with clockwise rolling off more highs) is usable throughout its sweep, and never muddies things up even on more extreme settings.

Surprisingly enough, the pedal has a much ‘tighter’ feel than our reference RAT: the low-end voicing is such that palm-mutes feel percussive rather than mushy, and the stronger high-end presence keeps fast playing strangely clear. With a lot of RAT-alikes, especially those aping the vintage end of things, this isn’t always the case, but the pedal has such a long history of variants that this, of course, still ultimately sounds like one, even if it’s slightly happier operating in a tight, modern high-gain application.

But speedy chugging isn’t really the main event here. In case you’re not familiar with their music, Sunn O))) play slow. Not just ‘doom’ slow: their chord changes are better measured with a calendar rather than a metronome, therefore texture is paramount. This is where the analogue octave comes in: blending it into the already-saturated distortion invites a choir of harmonics to sing, shift and transform over the course of a note.

Here the Life Pedal starts to actively encourage us to play at glacial speeds, just to find out what harmonic oddity is going to poke its way through all of the chaos. The spluttery rasp of a good vintage fuzz is also bequeathed to our pick attacks at higher octave settings. This is balanced by the saturation and sustain that follows, as a full-on vintage rasp wouldn’t really work for droning notes.

The leftmost footswitch is reserved for the Magnitude section, the clean boost, which you can use with or without the rest of the pedal. If you happen to find yourself with an abundance of headroom, this boost can easily find the ceiling and invite your amp’s tubes to the party, adding even more distortion and harmonic saturation to the mix. If you’re already hitting your amp hard, the clean boost can accentuate this tube distortion even further if you please, or just give you a second volume level of your choosing – unity gain is around a third of the way up the knob.

Separately from the end goal of just sounding like Sunn O))), it’s also just a good one-knob clean boost tacked on to the end of things, and it’s good at all the things a one-knob clean boost is good at. You may find it superfluous to have a ‘more loud’ button on a pedal that already makes a guitar sound like someone’s playing Jenga with Stonehenge. If you do, then this is probably not the pedal for you, and you probably stopped reading this review a few paragraphs ago. 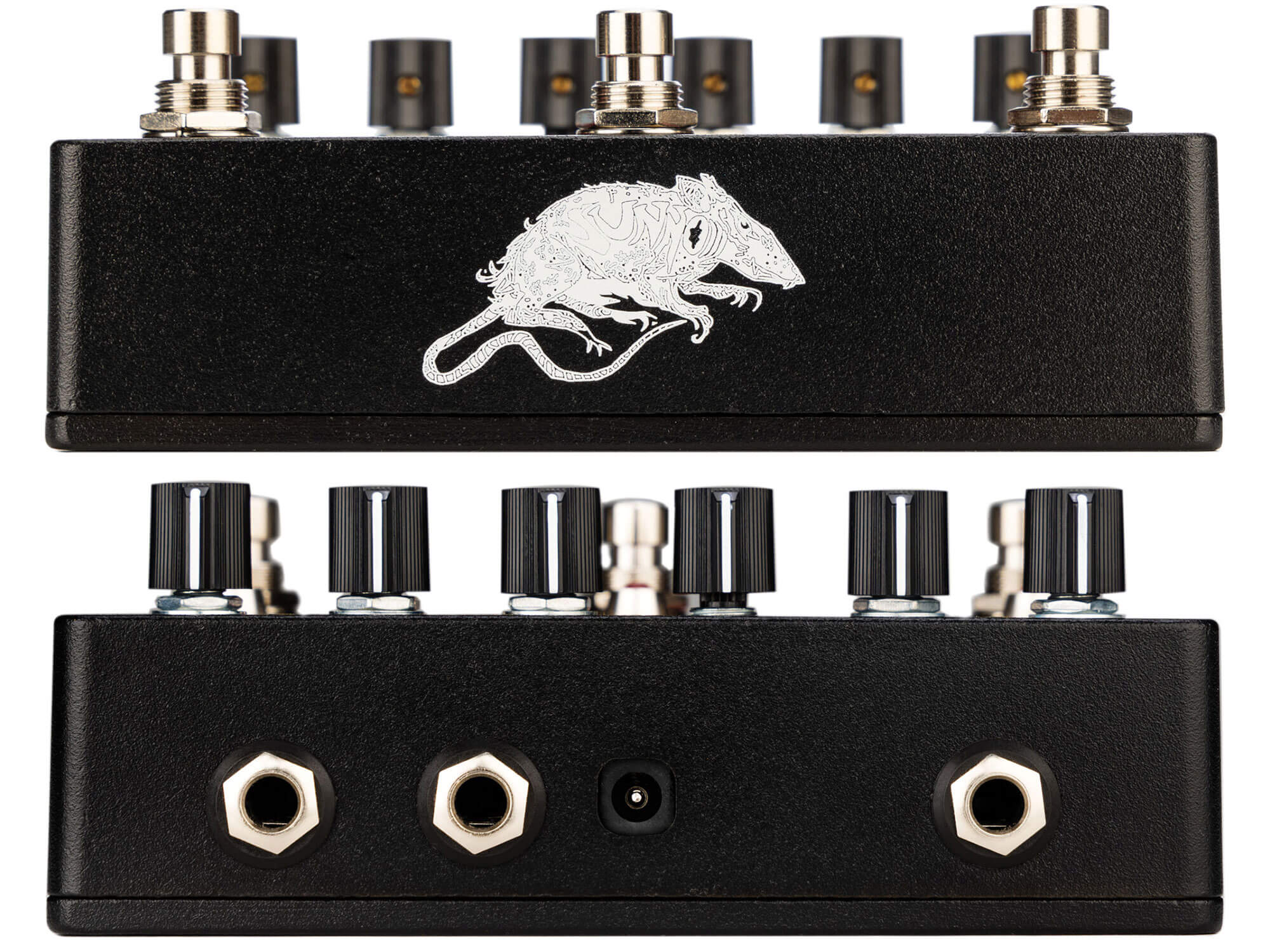 So, who is this for, then? If you play low and slow, chances are you don’t need our word that this is one hell of a distortion pedal. But if you’re sceptical of the hype, don’t be: the Life Pedal’s third incarnation is downright excellent, and can absolutely perform outside the bounds of drone and doom. But within those bounds, it’s truly something else: the sum of its parts becoming a one-stop-shop for massive, crushing sounds.

We’re also glad to see this more versatile version is the one that’s here to stay as a production run: the inclusion of a third footswitch was a commonly-requested feature for good reason. And while the design isn’t quite as striking as the original’s wedge enclosure, the visual overhaul means it still feels much more of an event than any other EarthQuaker pedal, while staying a little easier to fit on a pedalboard than V1’s slanted behemoth with top-mounted knobs.

The price of $299 might strike you as a little steep for a single stompbox, but does become more reasonable when you consider the cumulative cost of a good octave fuzz, a boutique RAT with clipping options and a good clean boost. All three of those together could land you in half-a-grand territory depending on what you go for, so, by our napkin-maths, the Life Pedal more than warrants its price tag. If you are more budget-conscious, however, an EarthQuaker Tentacle, a regular ProCo RAT and a LPB-1 will get you somewhere in the territory of these sounds. 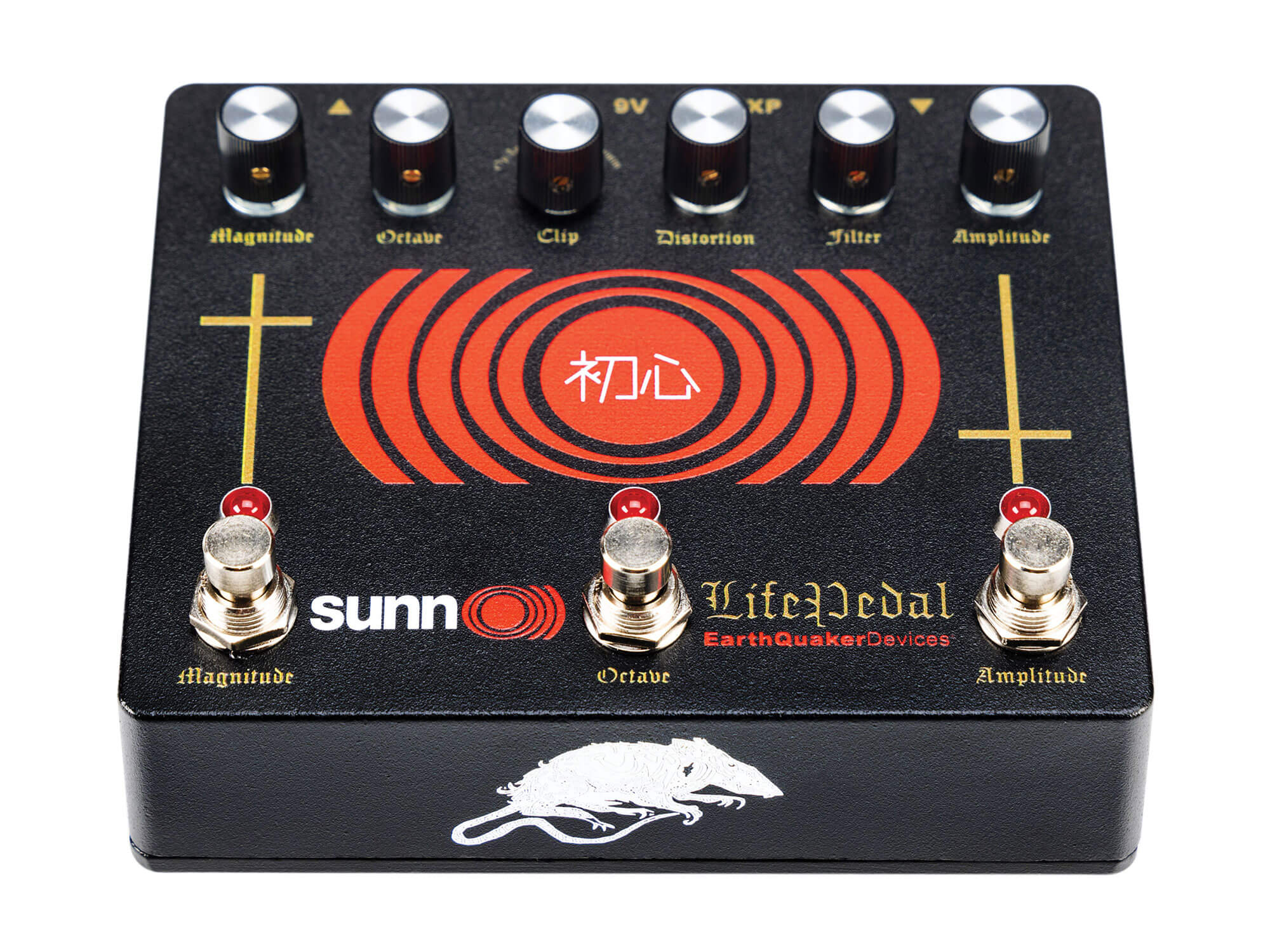