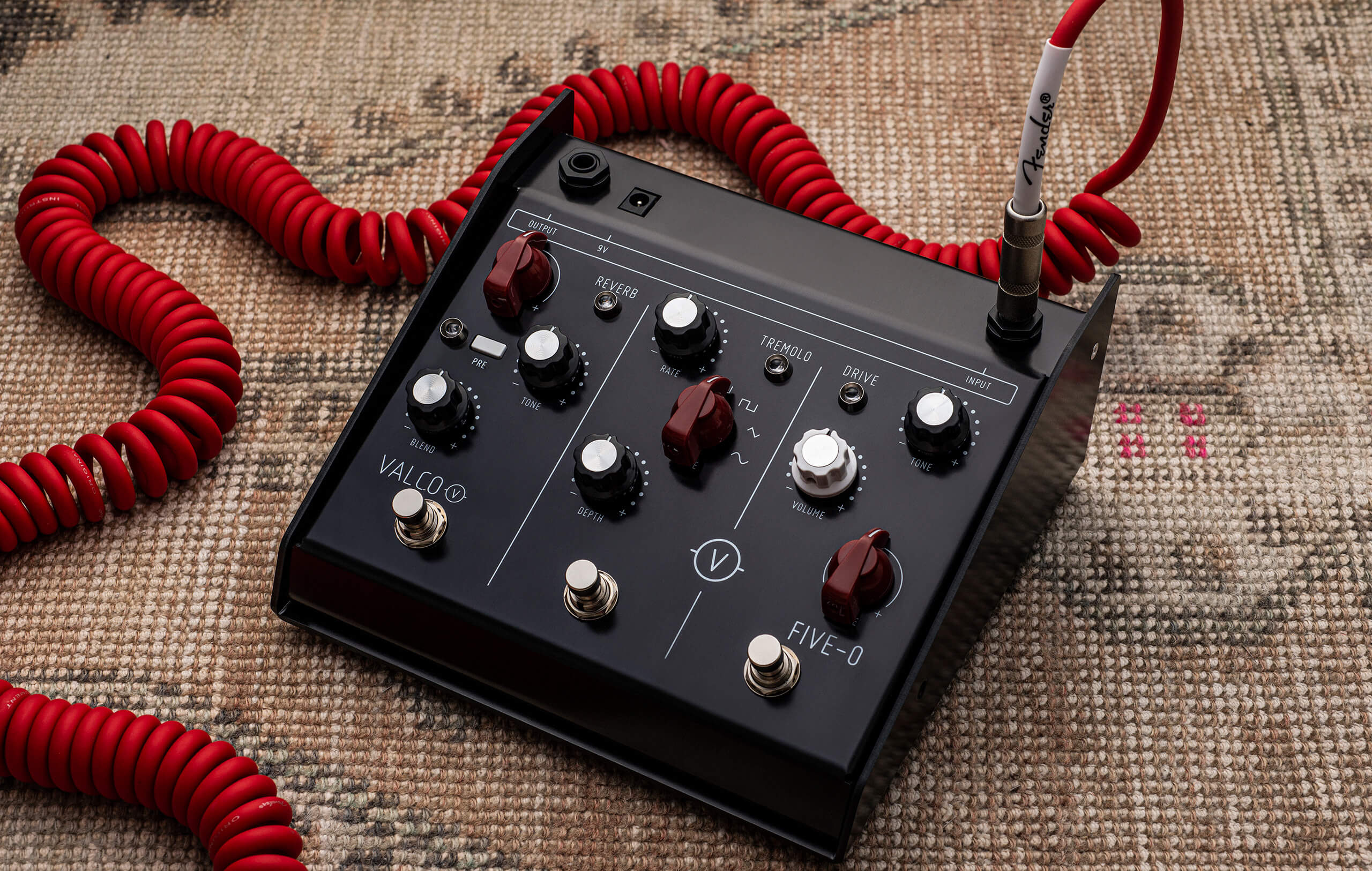 Serving up overdrive, tremolo and reverb in one large wedge-shaped box, could this retro take on multi-effects be the only stompbox you need?

Can we stop thinking about surf music for a minute, please? Alright, the Valco Five-O was originally conceived as a ‘surf in a box’ pedal, and it is named after a TV show set in Hawaii with giant cresting waves all over the opening credits… but you don’t need to be a beach bum to like overdrive, tremolo and reverb.

Wipe Out vibes aside, this three-in-one unit is simply covering all the effects traditionally offered by old-school American valve amps – and if we do end up using a twangtastic Foam Green Fender Jaguar for most of our testing, that’s probably just a coincidence.

Valco is a name most of us associate with budget guitars and amplifiers of the 50s and 60s, but that Chicago company is long since defunct; what we have here is another retro revival from Eastwood Guitars, the Canadian firm that has already resurrected Jack White’s beloved Airline brand. It’s nice to bring the family back together, though: many of the original Airlines were manufactured by Valco. 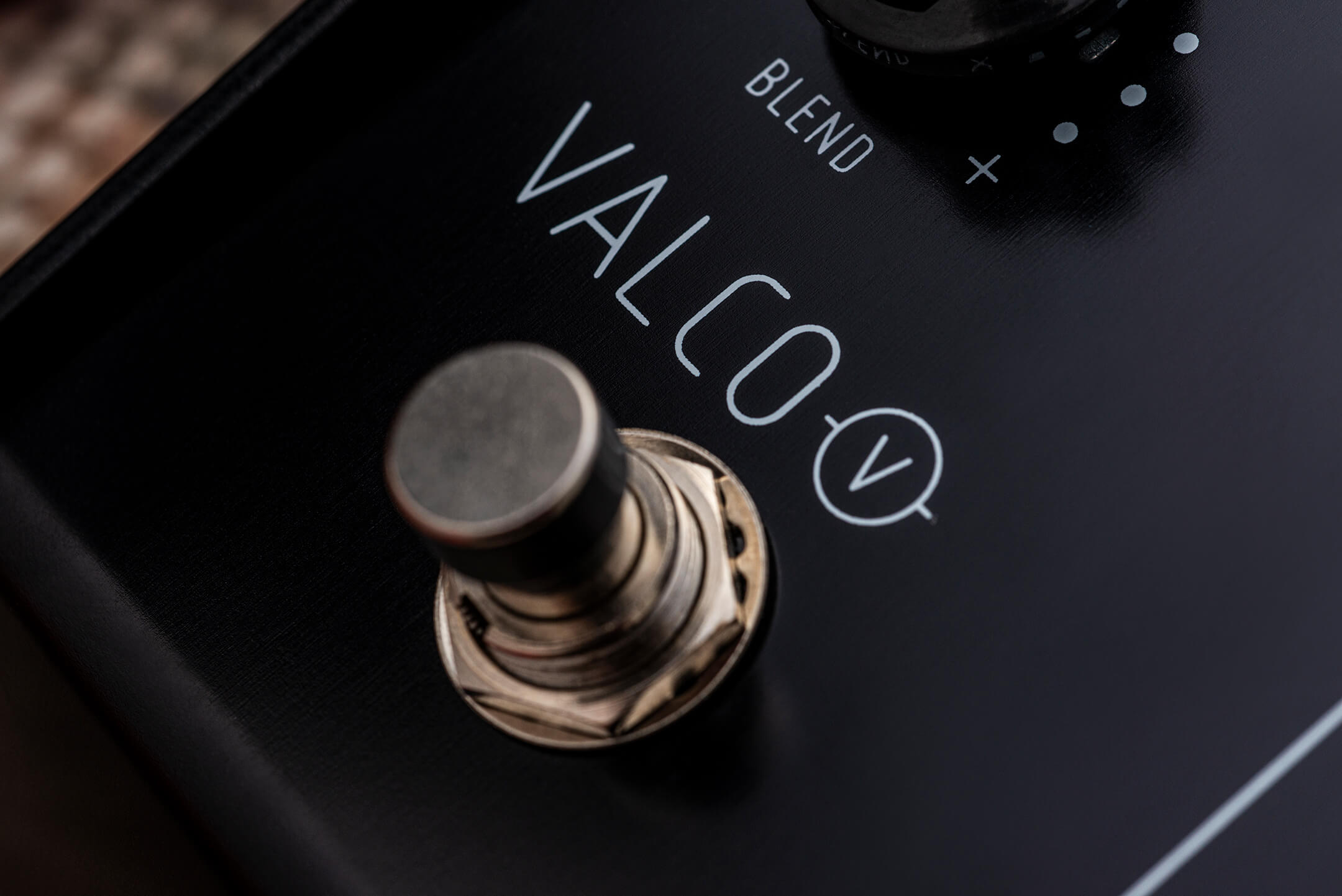 For now there are three pedals in the range, all taking their main design cues from a more recent source: the great wedge-shaped Lovetone pedals of the late 90s. That resemblance extends to the high-sided build, the flip-open-the-whole-thing battery access and the placement of the sockets on the top rather than the rear – making them nice and easy to find, but meaning you might want to use right-angled jacks.

As multi-effects pedals go, the layout of this one is as simple as it gets: no menus to navigate, just three circuits sharing an outsize housing, and only one master control: a ‘pre’ button that puts the reverb in front of the overdrive and tremolo.

Other than that, your reverb controls are size, tone and blend, while for the overdrive you get tone, volume and drive. In between, the tremolo panel has rate and depth dials plus a rotary switch for selecting your waveform: sine, triangle, square or short square – this last option having a longer ‘down’ than ‘up’ section in each wave, for juddery staccato sounds.

Naturally each effect has its own status LED: red for drive, amber for tremolo and green for reverb. The ‘pre’ button has one too, but if you’re hoping this one’s going to be blue or purple, be prepared for a crushing letdown: they’ve gone for boring old amber again.

Don’t get your surfboard out just yet, because the first item on our agenda is the overdrive. This is based on the drive circuit in the Valco BloodBuzz, which is itself apparently inspired by the Lovetone Brown Source… all of which means it’s a Plexi type.

This is a feisty take on the Marshall formula, but it’s also smooth and well balanced. With drive at zero we get a lightweight tone that’s already seriously crunchy, and as we crank up the gain – of which there is plenty available – that crunch thickens up into a very satisfying rendition of the warm but warlike ‘brown sound’. There are usable variants all along the sweep of the tone control, and honestly we’d be more than happy with this as a standalone pedal. 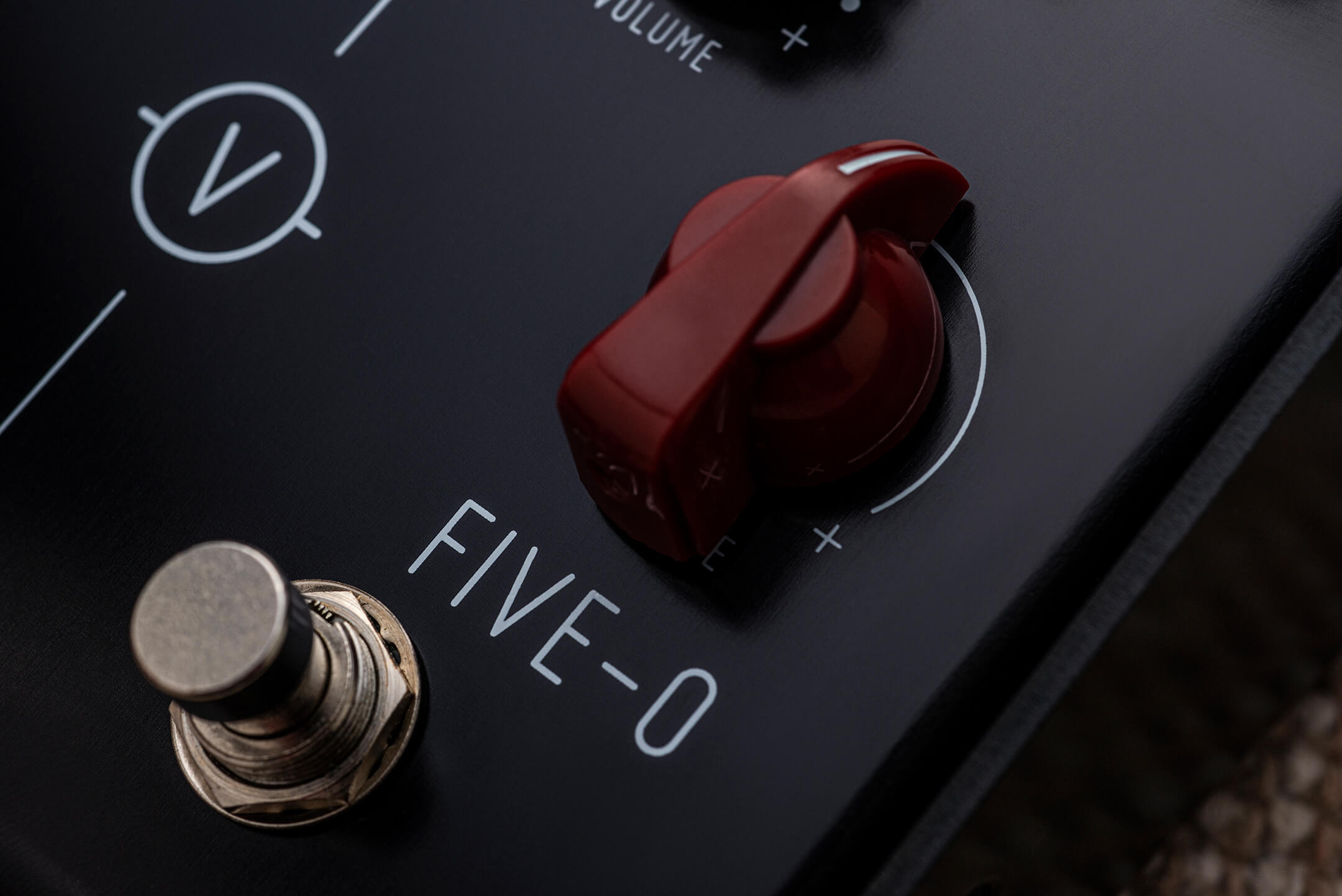 Next up is the tremolo, which has clearly not been calibrated to appeal to fans of a gentle, near-subliminal throb: it bounces like a basketball even with the depth down at nine o’clock, and is already close to maximum effect by halfway around the dial. But the four wave shapes have been well chosen to cover all the key bases, including the really percussive stuff.

Engage the final effect of the three and any non-surfy thoughts go out of the window. This is a digital emulation of spring reverb (with a dash of plate thrown in) that doesn’t go especially long but shakes and splashes just like the real thing – teamed with the right guitar and amp, it’s a 60s-style riot. The only pity is that there’s no output level control, just wet/dry blend, so turning up the ’verb can feel like effectively turning down the main volume. Combined with the inherently subtractive nature of the tremolo, this means switching on both effects together (possible with wide shoes) does result in an audible dip. 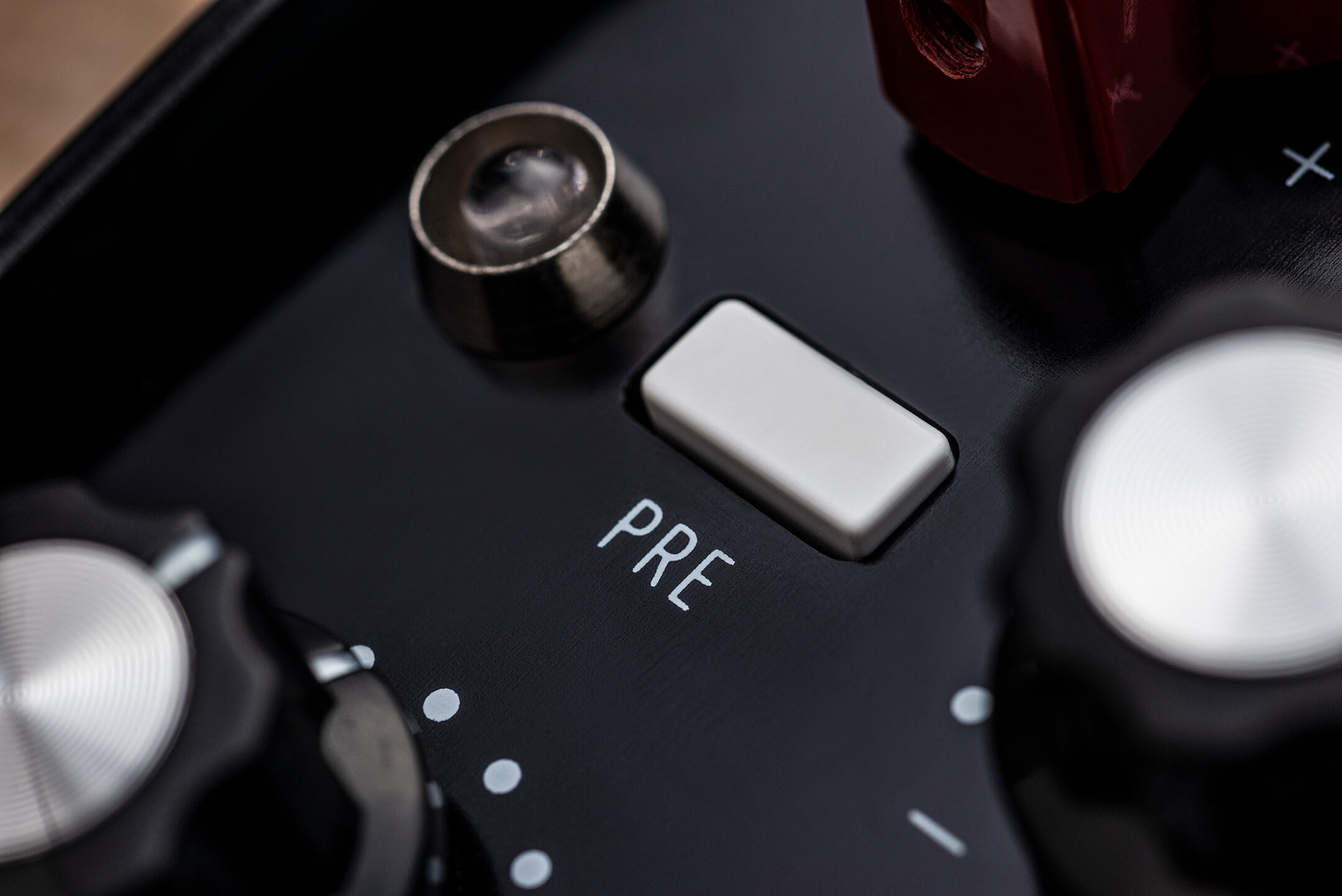 You probably don’t need us to tell you how overdrive, tremolo and spring-style reverb sound together, but in this case it’s certainly a powerful recipe – and one that takes us into a wide range of musical genres. The ‘pre’ button is hugely useful here in broadening the unit’s capabilities: putting the reverb at the start of the chain makes it sound less washy with tremolo, but more washy with overdrive. It’s well worth taking time to explore all the combinations, some more manageable than others, that this opens up.

Does that make the Five-O more than the sum of its parts? Ever so slightly, yes. Even so, at this price you probably don’t want to be buying a triple pedal unless you really need all three effects, and that seems likely to limit its appeal – as does the fact that three compact stompers strapped together with Sellotape would take up less space. But if that doesn’t put you off, you might well like this thing a lot. 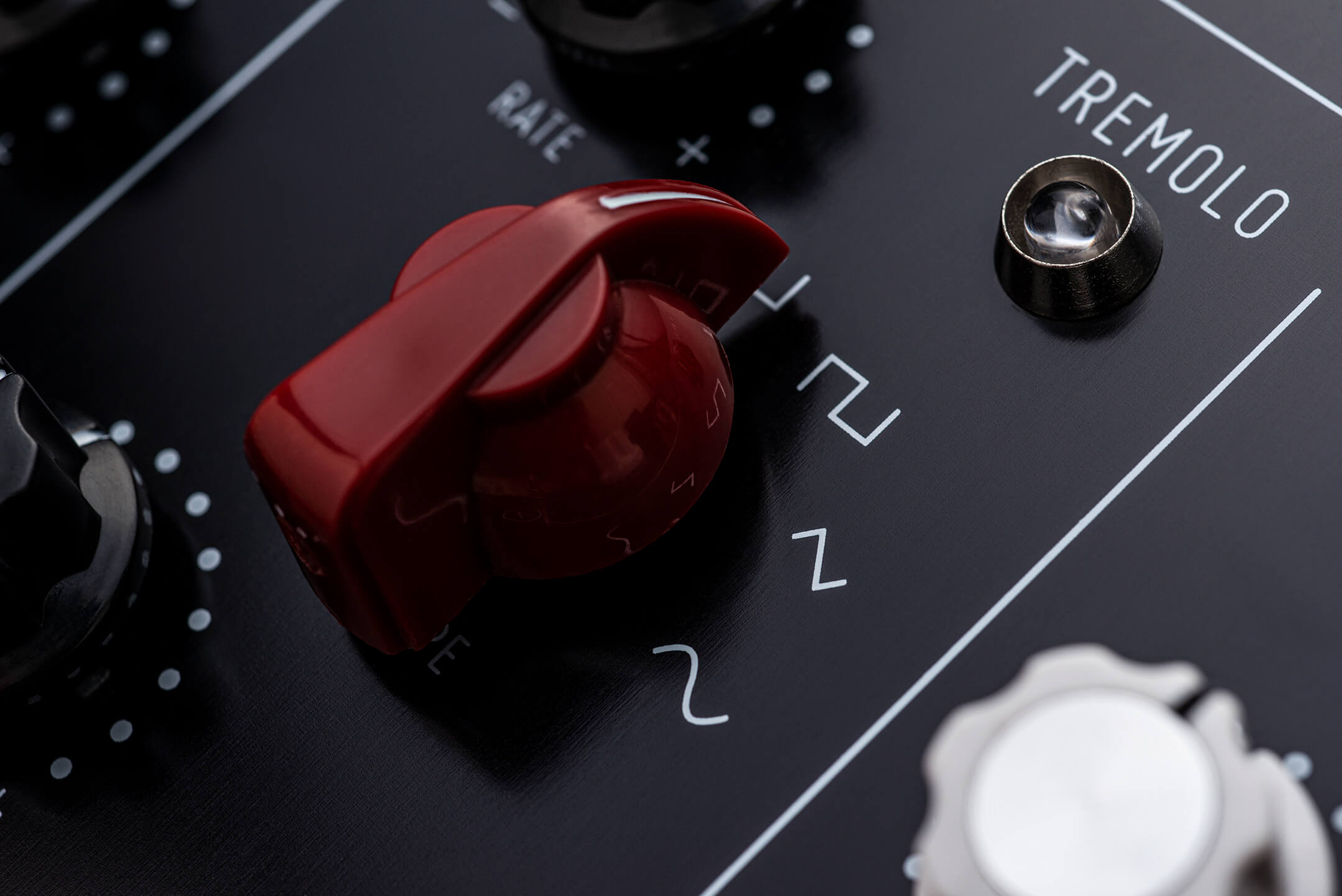