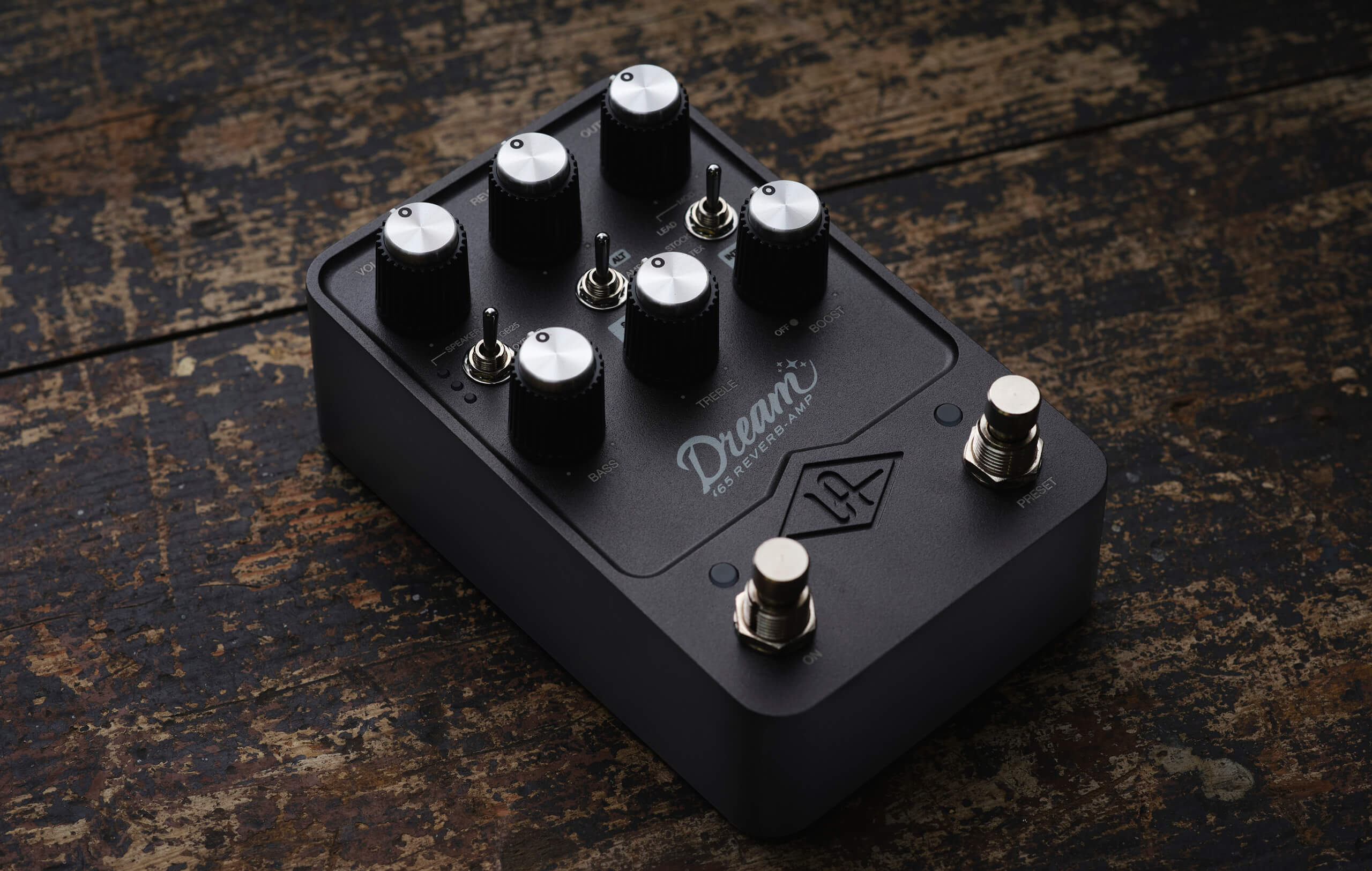 The second wave of UA’s foray into the world of guitar effects is a trio of high-end amp emulators, will this Fender-inspired unit make our dreams come true?

The Dream ’65 is one of three new high-quality amp emulators to emerge from Universal Audio as the second salvo of their assault on the world of guitar effects and your wallets.

In a world increasingly devoid of opportunities to use real amps, this digital amp emulator claims to capture the mic’d-up tones of a classic valve combo with new levels of authenticity – in this case Fender’s ’65 Deluxe Reverb.

Design-wise the Dream is intended as both studio and live tool, so you can plug straight into your DAW for recording, or into the PA at gigs, while you can mess around with your settings either by tweaking the onboard knobs, or by connecting the pedal via Bluetooth to the UAFX app, which enables you to upload a selection of user and artist-designed presets for the pedal. 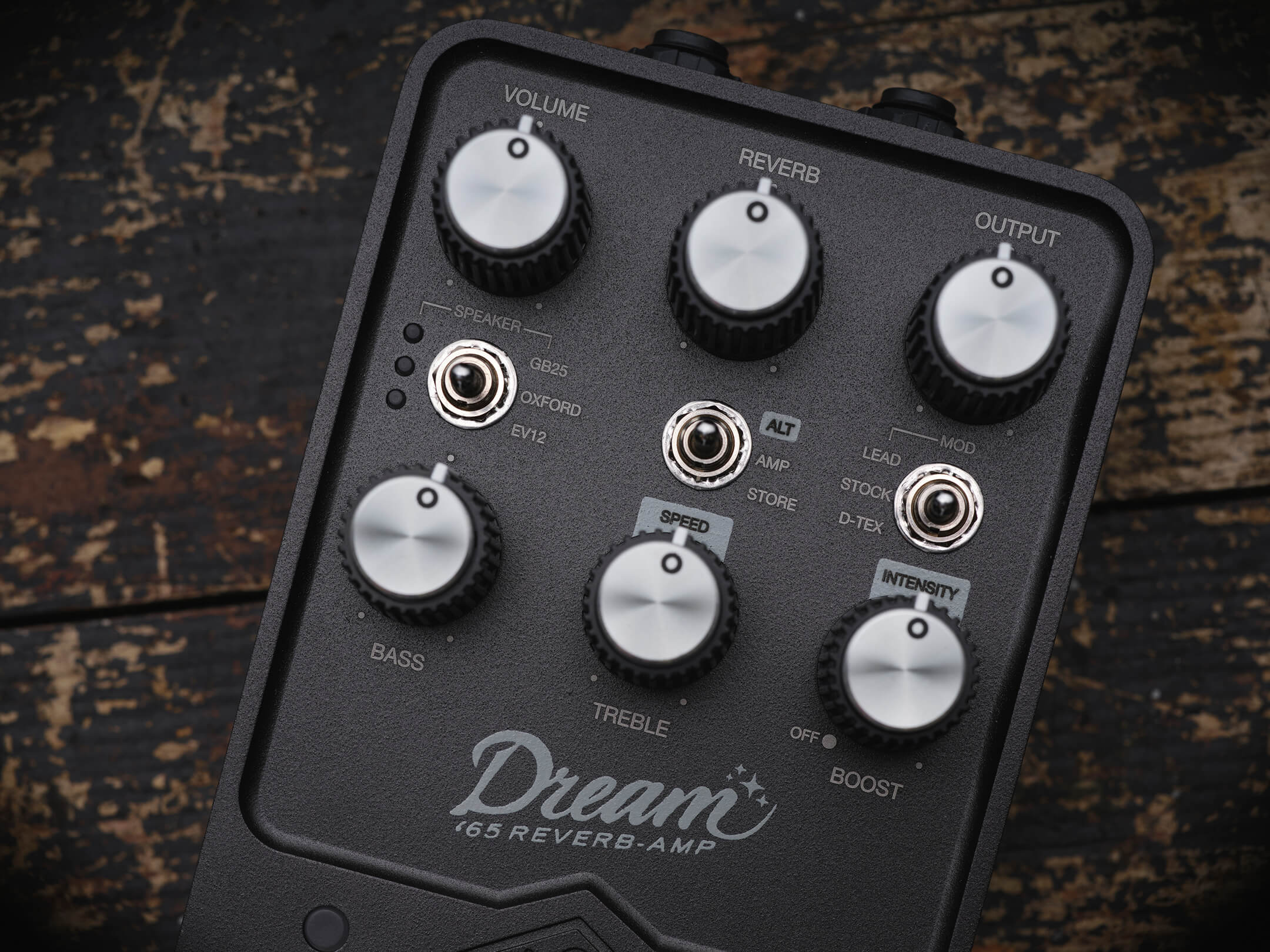 First, we take a minute to download the app and register our Dream ’65 with UA. Signing up means that we can immediately load up three extra speaker cabs, bringing the total on board to six… or maybe six and a half.

The three factory cabs are all 1x12s, emulating a Greenback, an Oxford and an EVM12L; flip the non-latching toggle switch once more and the LEDs now turn from red to green as we hit the three bonus models: two 2x12s and a 4×10. And here’s the ‘half’: a no-cab option so you can use your own IRs instead, or plug into the effects loop return of a real amp. (Set the pedal up for four-cable mode and you actually switch between real and modelled preamps.)

Fender’s great black-panel amps are known for glassy clean tones with a scooped midrange, and that’s just what the Dream ’65 delivers – with a bit more scoopage, in fact, than the Strymon Iridium or the Walrus ACS1. There’s real depth to the cleans that gives an impressive sense of realism, and the six cabs offer a good variety of tonal options, from tight and chimey to big and bloomy. Dialling in a hint of breakup works just as naturally as it does with the real thing, and from there you can push on into full-on crunch with no loss of ‘ampiness’.

Now, what can we add to that extremely likeable core tone? Well, there is that single reverb knob, which allows you to blend in some convincingly springy ambience. It would be nice to have more control over this, but that’s the price of authenticity. More obviously appealing is the tremolo, accessed by flipping up the middle switch to ‘alt’ mode, at which point the treble and boost controls take charge of speed and intensity. Everything from slow throbs to rapid judders is covered in impeccable style.

But there’s more, in the shape of three ‘mod’ options selected via the right-hand toggle. These are different flavours of boost, shaping the low end and mids to varying degrees as you crank the bottom-right dial. They’re all good, and distinct enough to go some way to justifying the inclusion of presets in such an apparently simple pedal.

In truth, there’s nothing in the downloadable presets that you couldn’t discover yourself with 15 minutes of twiddling; but it’s nice to be able to save that perfect sound then call it up later with a single foot-tap. Just be aware that you can only store one preset in the unit itself – for flipping through multiple options you’ll need to use the app.

There’s no escaping the fact that, for a pedal that only offers one amp model, the Dream ’65 is a pricey prospect. But it sounds stunning – and is still a lot cheaper than a real 1965 Deluxe Reverb. 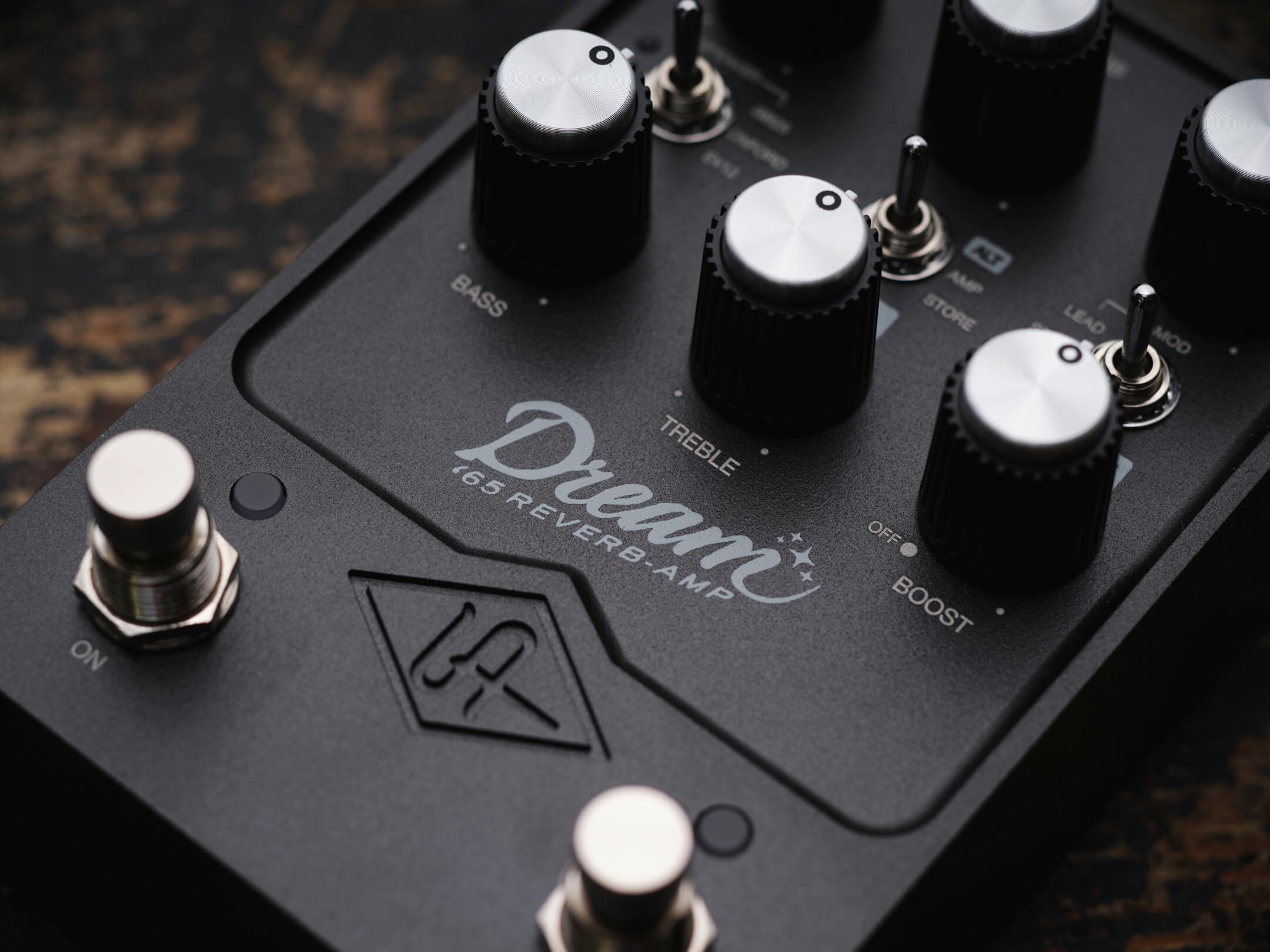