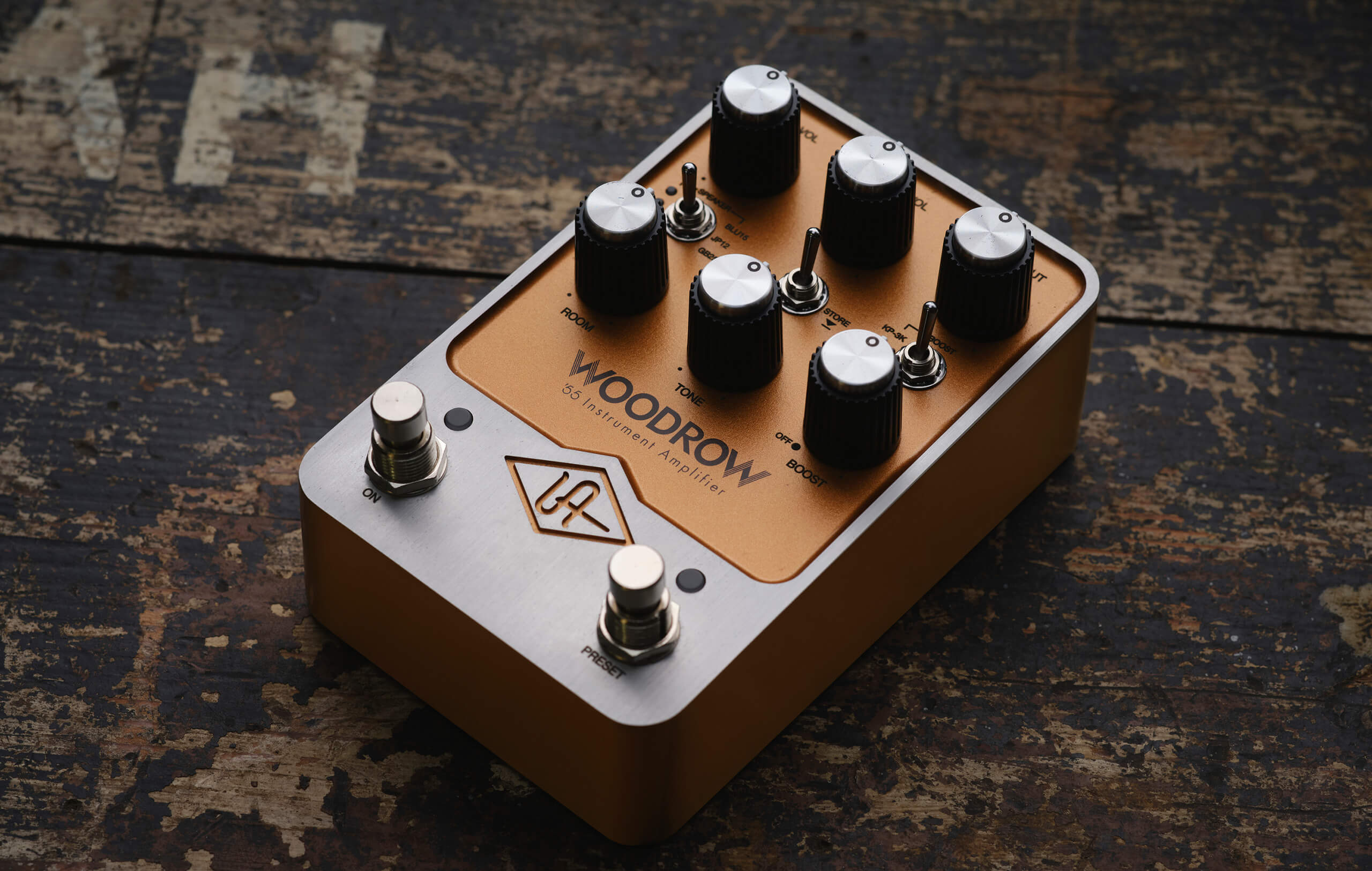 Review: Universal Audio UAFX Woodrow ’55 – all the ‘cooking tweed’ sounds you need in one box?

Part of UA’s new range of high-end amp emulators, this tweed-inspired Woodrow ’55 aims to bring narrow-panel goodness to your pedalboard.

The Woodrow ’55 is part of Universal Audio’s latest assault and the hearts and wallets of guitar players on the back of their highly successful foray into reverb, delay and modulation last year, they’re back with some similarly high-end pedalboard amps.

In a world increasingly devoid of opportunities to use real amps, this digital amp emulator claims to capture the mic’d-up tones of a classic valve combo with new levels of authenticity – in this case the Woodrow’s inspiration is the iconic 1955 Fender tweed Deluxe

Design-wise the Woodrow is intended as both studio and live tools, so you can plug straight into your DAW for recording, or into the PA at gigs, while you can mess around with your settings either by tweaking the onboard knobs, or by connecting the pedal via Bluetooth to the UAFX app, which enables you to upload a selection of user and artist-designed presets for the pedal. 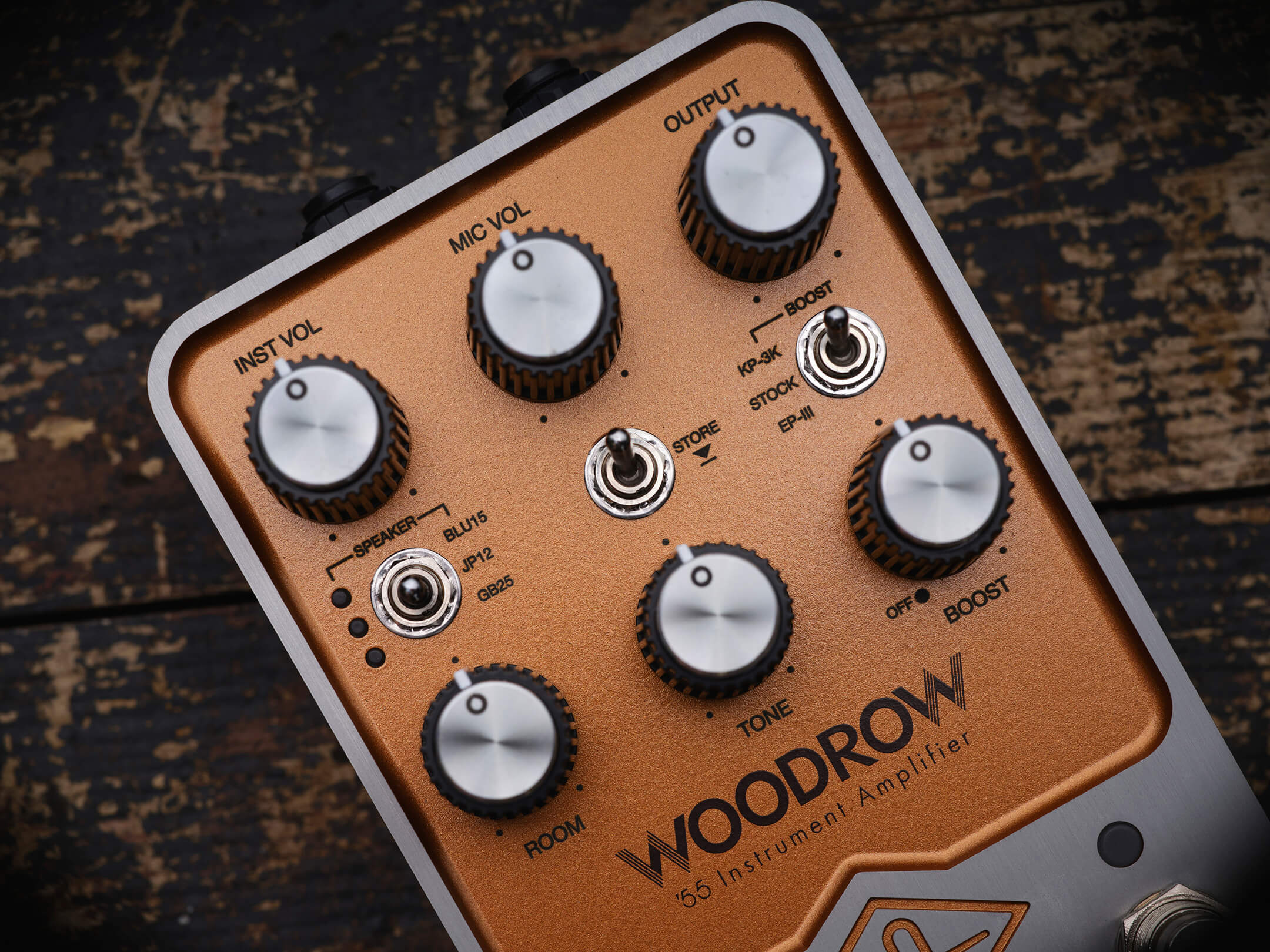 The 1955 ‘narrow panel’ Fender Deluxe is one of the most influential amps in history, and surely the most cloned. We’re not expecting an awful lot of clean stuff here, but if it gets anywhere close to mimicking the thick and sweaty overdrive of a cooking tweed tone machine we’ll be impressed.

A real 5E3 has only three knobs – two channel volumes and one tone – and that’s replicated here, along with output level, room ambience and boost. As with the Dream ’65 and Ruby ’63, there’s a toggle on the left for speaker type and another on the right for boost type. But in the absence of any onboard effects, the central switch is only used to store presets.

The speakers here are a Blue, a Greenback and a Jensen P12R; plus, once we’ve got the app involved, a JBL D120F and two multi-driver options: a Bassman-style 4×10 and a Marshall 4×12. Take a second to get your head around the idea of a Marshall half-stack in tweed, then we’ll move on.

The basic fact of the Woodrow ’55 is that it sounds just as it should. Both channels offer lots of crunchy goodness and the three boost types expand your options nicely. Again the six cabs offer a broad range of tones and they’re all excellent in terms of pure audio – which is not surprising as, like the ones in the Dream and Ruby, they’re derived from the software that powers the acclaimed OX Amp Top Box.

While we were instantly enraptured by the Dream and Ruby, we’re not as quickly sold on the Woodrow. Maybe it’s because the real joy of those smaller tweed Fender amps lies in the visceral experience of being there in the room with a little box of noise that feels just about ready to explode – which is not something you’re ever going to reproduce through headphones or studio monitors.

On a more pragmatic note, UA’s insistence on adhering to original specs means this one isn’t as versatile as it could have been. Would it have been such a travesty to add tremolo or spring reverb? Or to accentuate the distinct tonalities of the normal and bright channels to make blending them a little more rewarding?

It ought to be clear by now that we’re entirely open-minded about digital facsimiles of hardware we love; but maybe the 5E3 is an amp too far. Still, if you’re just looking for a way to capture those classic tones and are not minded to obsess about such ephemeral and subjective notions as ‘mojo’, the Woodrow ’55 will do you a sterling job. 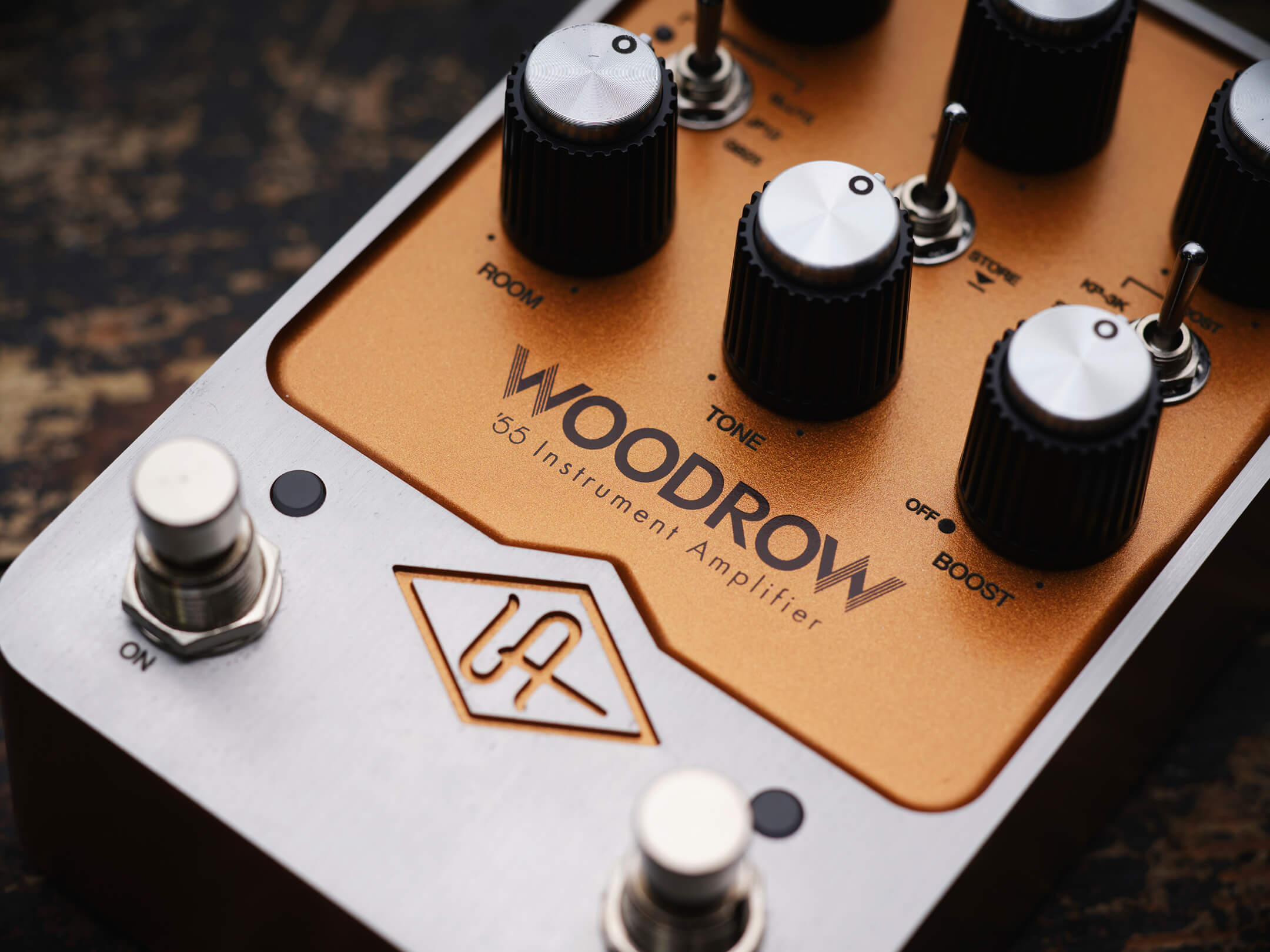