Looking for studio-quality dynamics in stompbox format? Walrus Audio has you covered with the latest version of the Deep Six compressor. 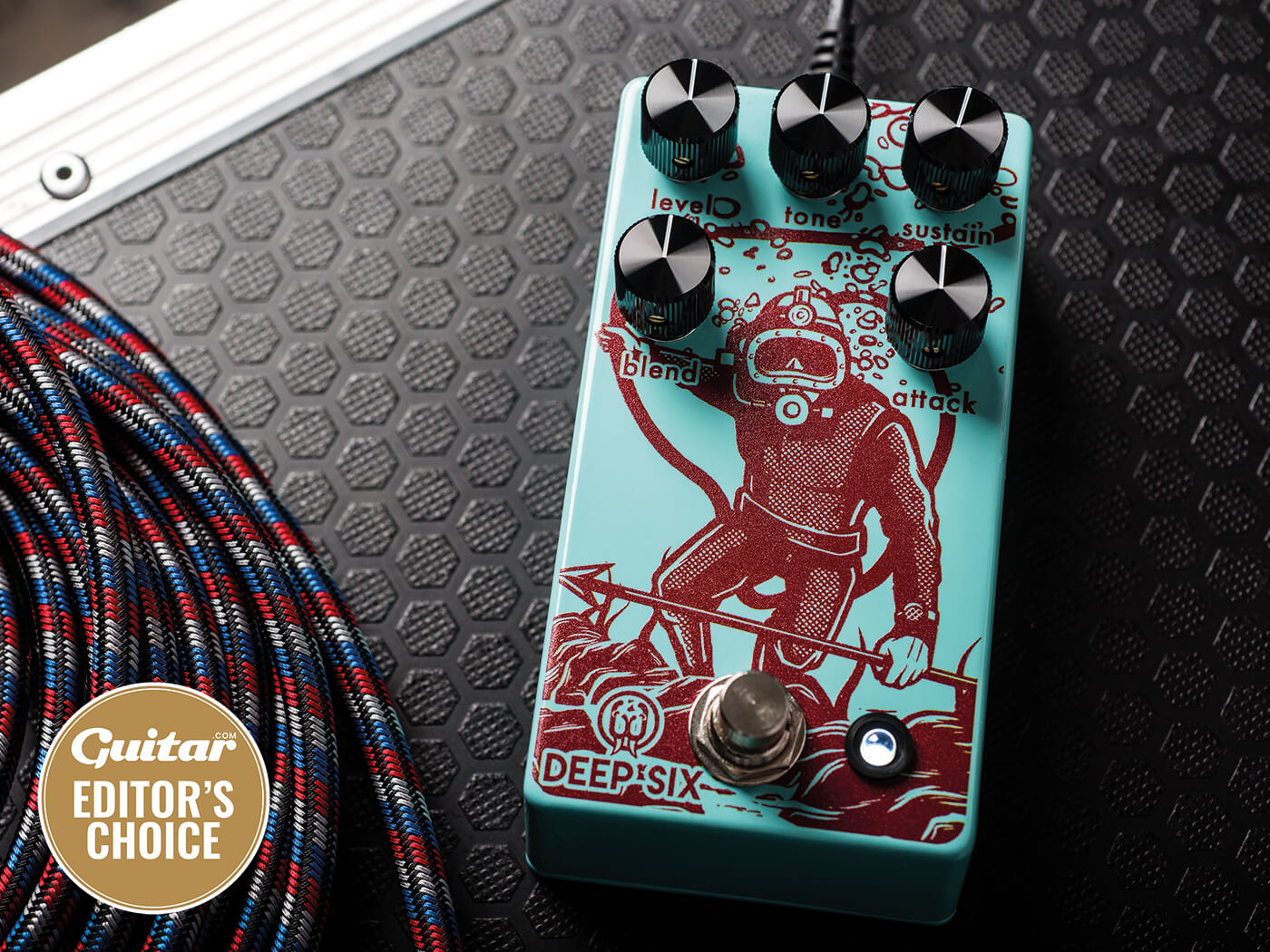 With their comparatively subtle effect on the response of an instrument, compressors aren’t always at the top of a guitarist’s shopping list. The same can’t be said for recording engineers and producers, however, for whom the compressor is a vital tool worthy of meaningful investment. While compression is a more nuanced effect than a germanium fuzz, for example, it can make your guitar stand out in the mix as well as adding sustain and colour.

Traditionally, compressors have found most favour within genres that demand a clean sound such as funk, country… even Congolese Soukous. Walrus Audio, based in Norman, Oklahoma, has just released the third iteration of its Deep Six compressor with some new tweaks that may prove attractive to players of all genres.

With the Deep Six at the front of our chain and a selection of instruments to hand, we begin our ministrations with a Gibson Les Paul resplendent with full-fat humbuckers. All knobs at noon, we find the Deep Six immediately adds presence, sustain and detail to arpeggiated and strummed chords with very little in the way of extraneous noise. It’s a good start.

Traditionally, an LP would probably not be the first choice for a clean, compressed sound as humbuckers are almost guaranteed to lead to some fairly upsetting clipping and distortion. The Deep Six, however, features blend and attack knobs which help to keep things pristine even at more extreme settings. Wiry funk double stops on a Les Paul neck pickup? Now you can!

Turning to the more socially acceptable selection of a Tele, followed closely by a Strat, allows the Deep Six to play to its strengths, emphasising the character of each guitar. The overwound Tele bridge pickup retains its grunt, but with added energy – and the typically underwhelming neck pickup gets a rare shot of character, elevating it above the norm.

The Stratocaster is perhaps the guitar most likely to receive the compressor treatment in the wild and the Deep Six serves to make our Strat even more snappy, velvety and delicious across all pickup positions. Nile Rodgers would approve.

Adding some post-compression grit is especially rewarding, as there’s enough poke via the level knob to push an overdrive pedal up a notch, and with the sustain knob pinned, we are rewarded with an impressive, almost violin-like voice. This could work for any genre from fusion to shoegaze via math-rock (Strandberg wranglers of the Yvette Young school will find a new fluidity to tapping ideas here) without bottoming out.

By aiming to combine the performance of a Universal Audio 1176 with the ease of use of the Ross and Dyna Comp pedals, Walrus Audio has created a beautifully musical and versatile compressor that can either lovingly caress or alternatively stamp the snot out of your guitar’s ADSR envelope in the name of instrumental expression and fun. If compressors are your thing then the Deep Six could be very much your thing indeed.