The Ohio effects boffins have taken their five-voice dirt pedal concept to the fuzzier end of the spectrum, and it might be the best one yet. 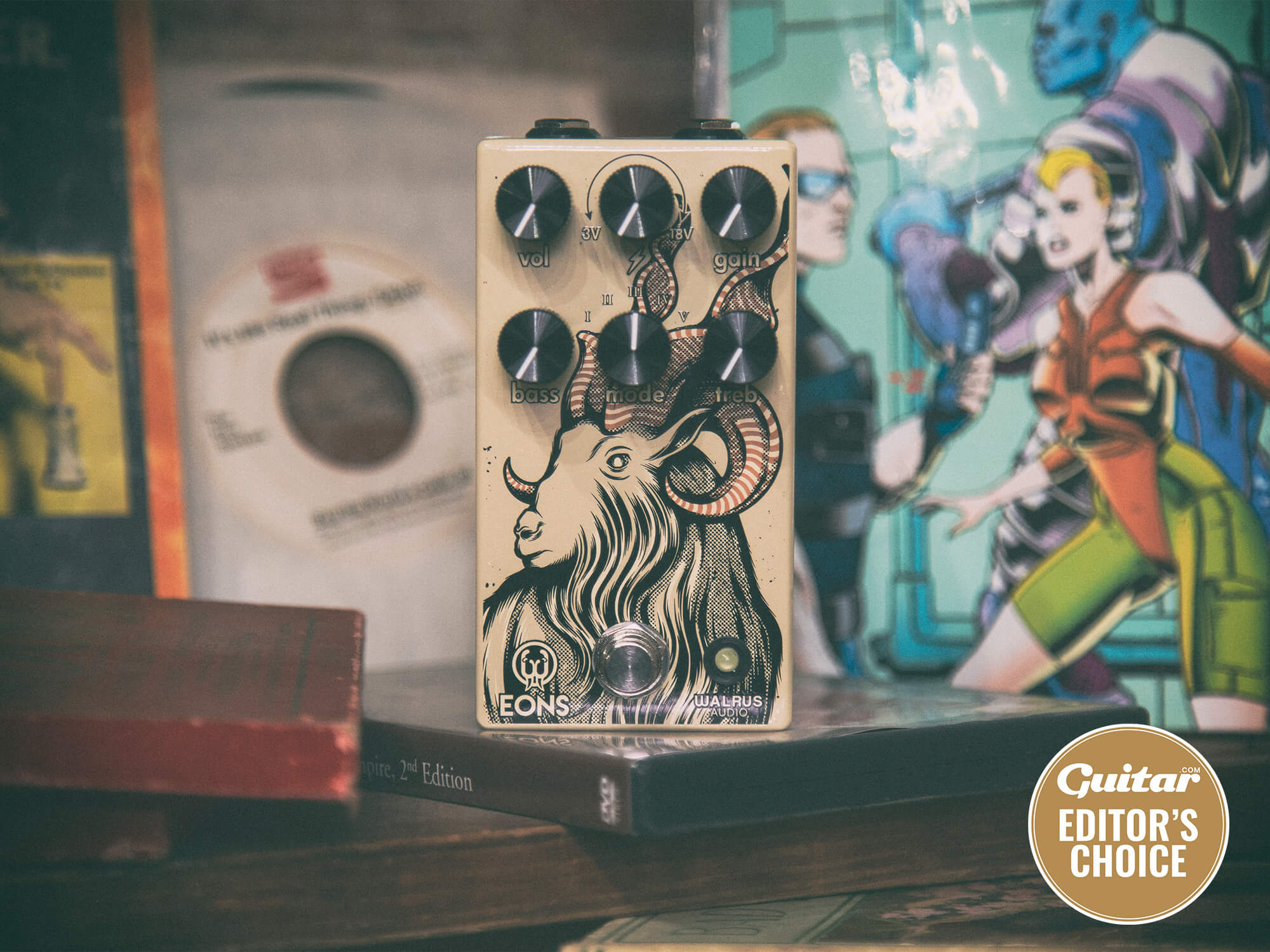 
If you’ve been paying attention to Walrus Audio’s releases over the last two years you’ll understand what the deal is here. Back in 2020 Walrus revealed the Ages: a ‘multi-stage’ overdrive pedal that offered five distinct drive sounds in one impressively compact pedal. Then in 2021 the brand released the Eras: a multi-stage distortion pedal that offered five distinct high-gain sounds in one impressively compact pedal.

Which brings us to late 2022 and the Eons: which is of course, a single-knob auto-wa… we kid, no the Eons completes the dirt triumvirate by offering five different fuzz sounds in one impressively compact pedal. 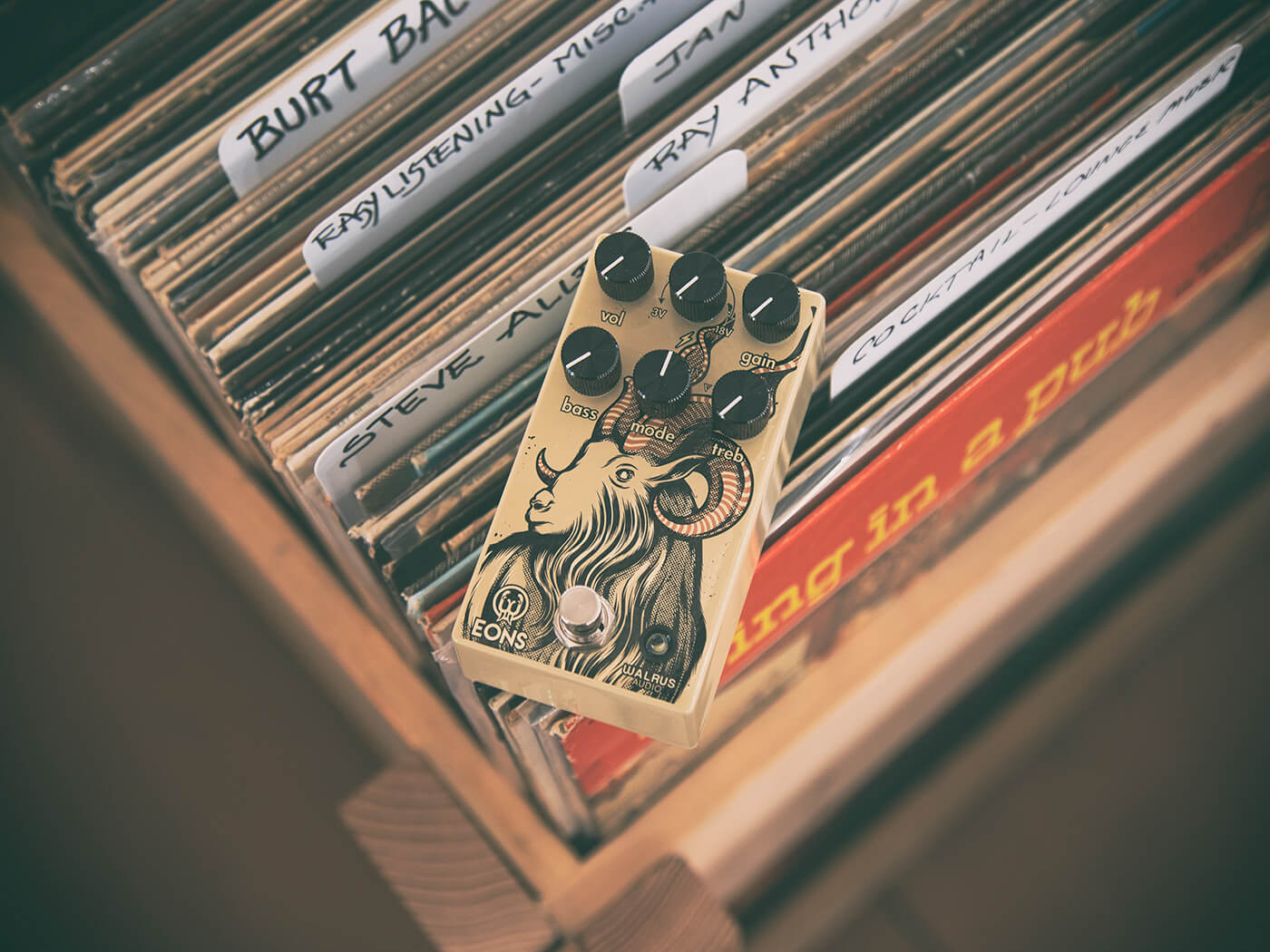 Like its predecessors, the Eons five sounds are selected by a mode switch in the middle of the pedal, while you also get controls for treble and bass, volume and gain, and most intriguing of all is voltage knob that allows you to sweep from a paltry three volts all the way through to a wide-open 18. Let’s take this goat by the horns. 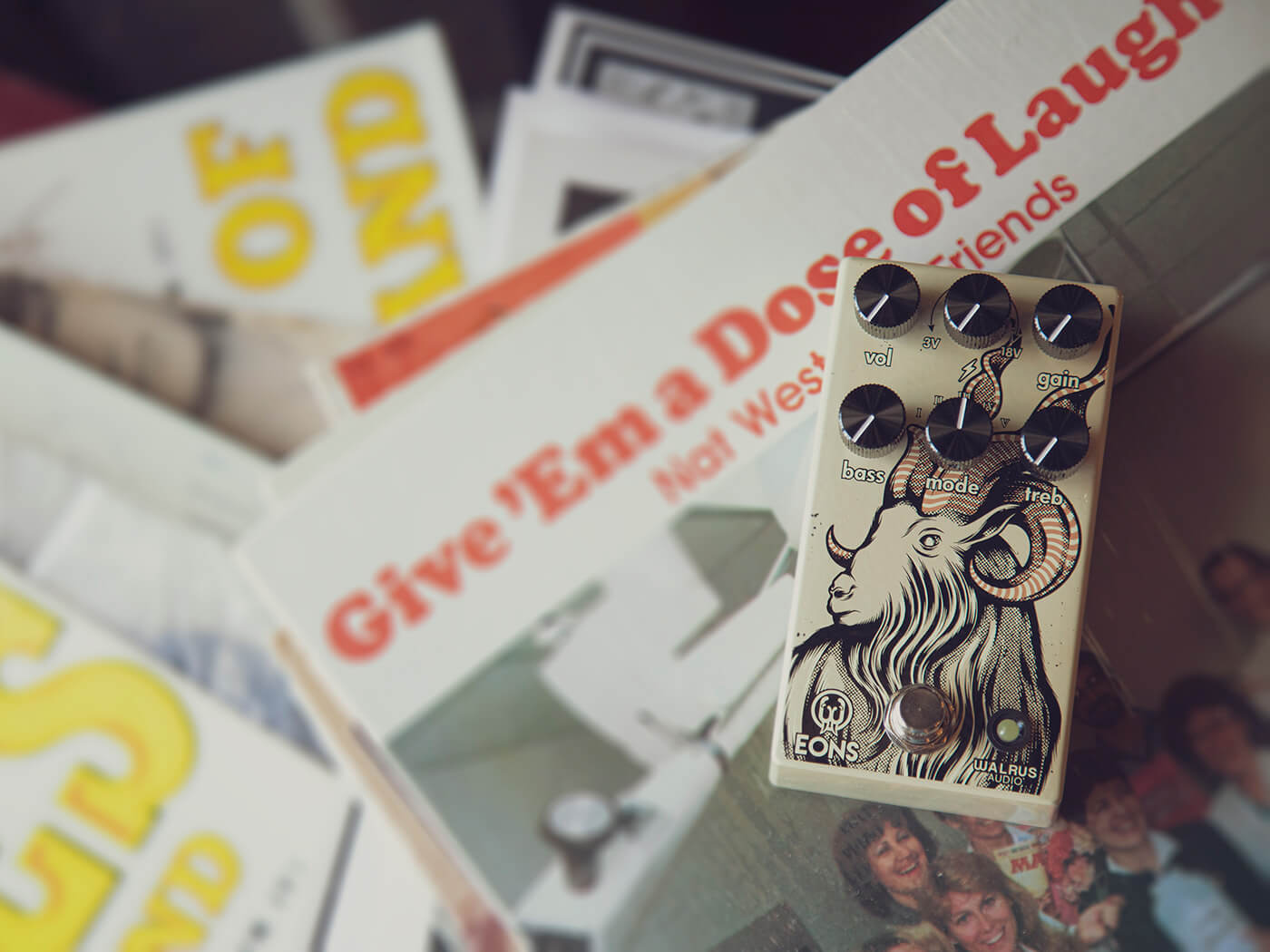 What’s really impressive about the Eons (and all of Walrus’s multi-stage pedals to be truthful) is that where many ‘multi-voice’ gain boxes offer you various broadly similar flavours of the same core sound, here we have five noticeably different sounds that use different transistors, diodes, clipping and more – getting progressively more gnarly as you go along. 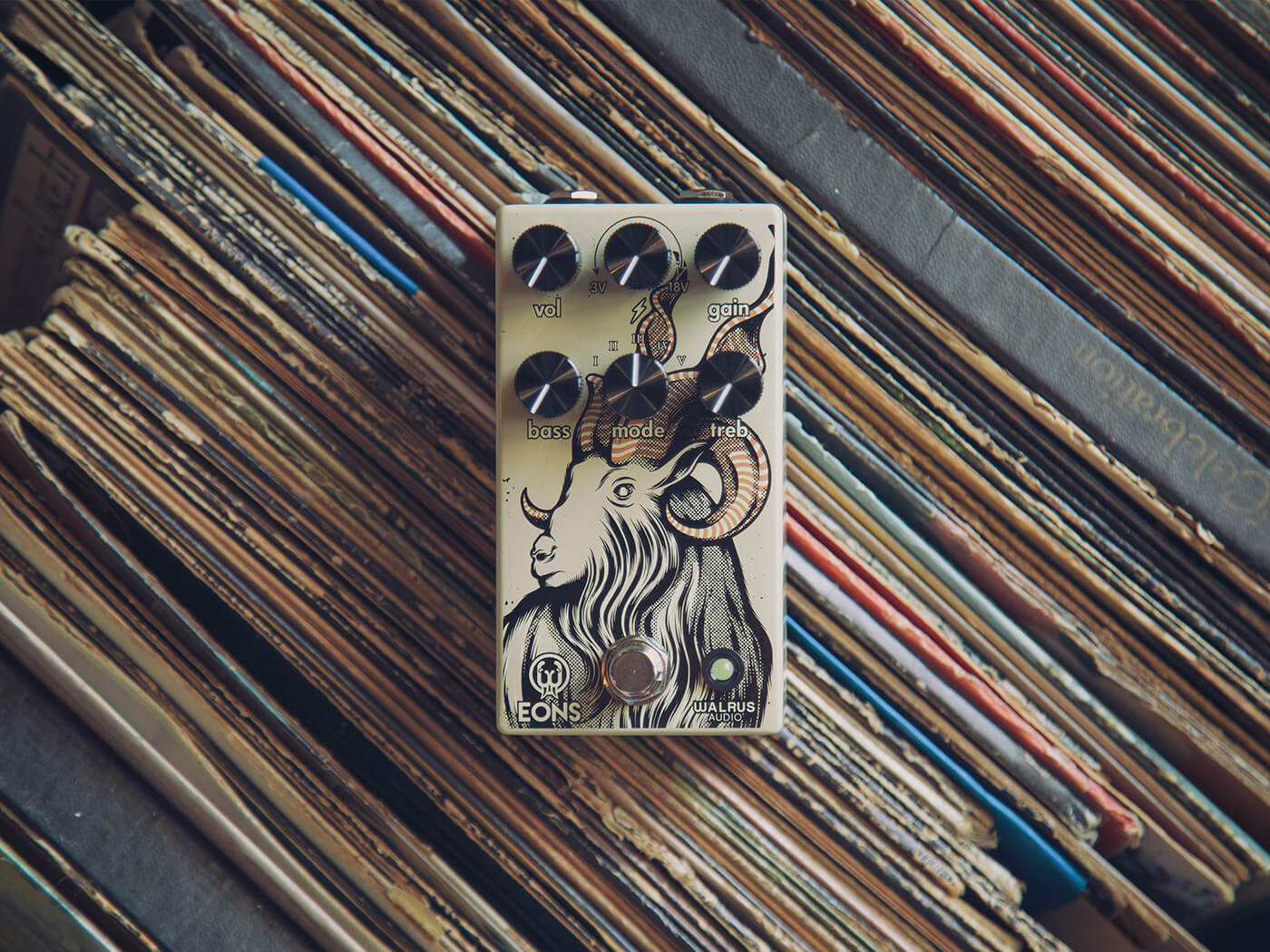 Starting from the left we have traditional silicon fuzz, while mode II offers a silicon fuzz with a bass boost, III is a ‘crunchy and dynamic’ germanium fuzz, while mode IV gets dark with LED clipping and a slight treble cut. Finally, mode V goes bananas with hard-clipping silicon transistors with LED and silicon soft-clipping diodes. 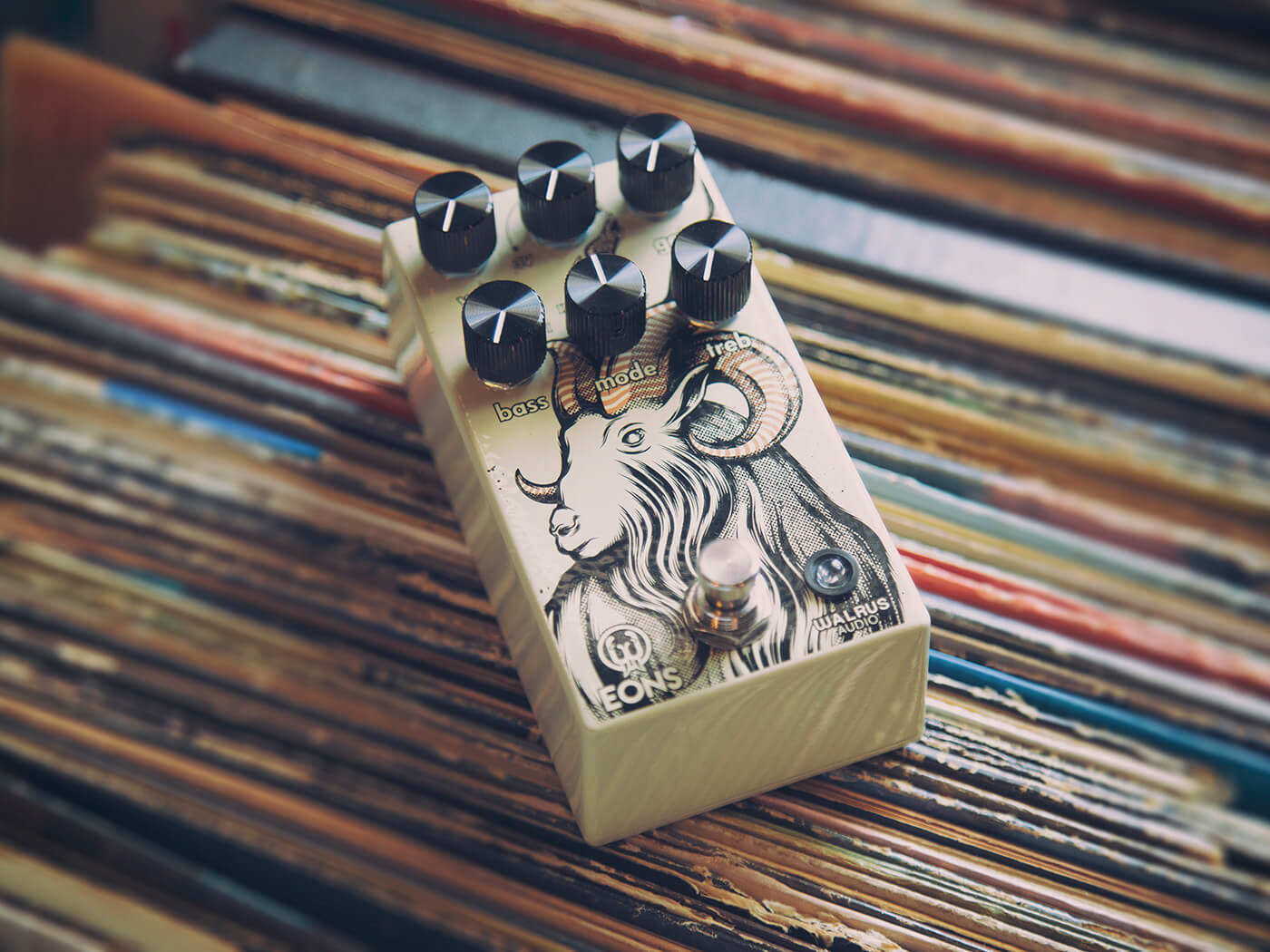 As you click from mode to mode, it’s more than just an EQ curve or a gain stage – each one of these fuzz modes feels like a totally different pedal, from the vintage sounding stage I to the Muff-alike stage II, the distortion-meets-fuzz of mode three through to the dark moody tones of mode IV to the angry sonic assault of mode V.

There’s a huge amount of gain on tap here, too, allowing you to push even the so-called ‘traditional’ fuzz way beyond what you’d expect, but it rarely becomes sonic chaos (unless you want it to, natch) – even with the volume and gain at their upper echelons there’s an impressive amount of clarity and note definition here, especially on mode III, which Walrus accurately describes as “what if a distortion and fuzz had a kid?” The answer, friend, is FUN. 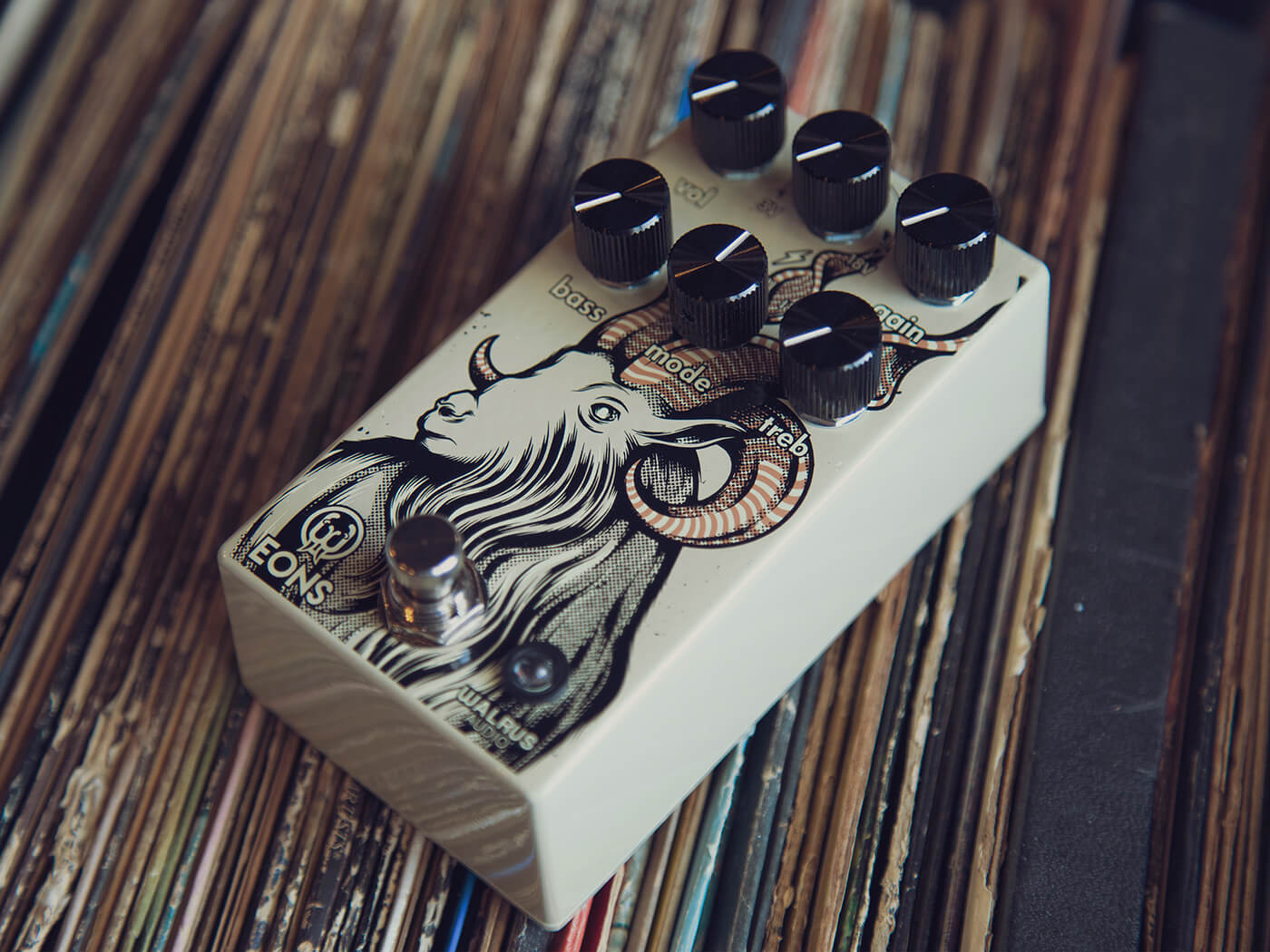 And that’s before we even get into talking about that unassuming lightning bolt control in the middle of the top row – which takes an already versatile pedal and gives each mode a vast swathe of new sounds to play with.

The golden rule with traditional fuzz pedals is of course, more voltage = more clarity. If you turn the knob all the way to 18 volts you’ll find this is very much the case here, with even the most uncompromising squall of mode V fuzz getting a sheen of definition and a reduction in compression. Go all the way down to three volts however and you’ll enter the Jack White-style world of splatty, gated, glitchy fuzz with almost no sustain and pseudo-synthy sounds. The genius of the knob, however, is that you can sweep all the way between the two, and find your perfect balance of gating and clarity to cut through a mix – it’s seriously addictive. 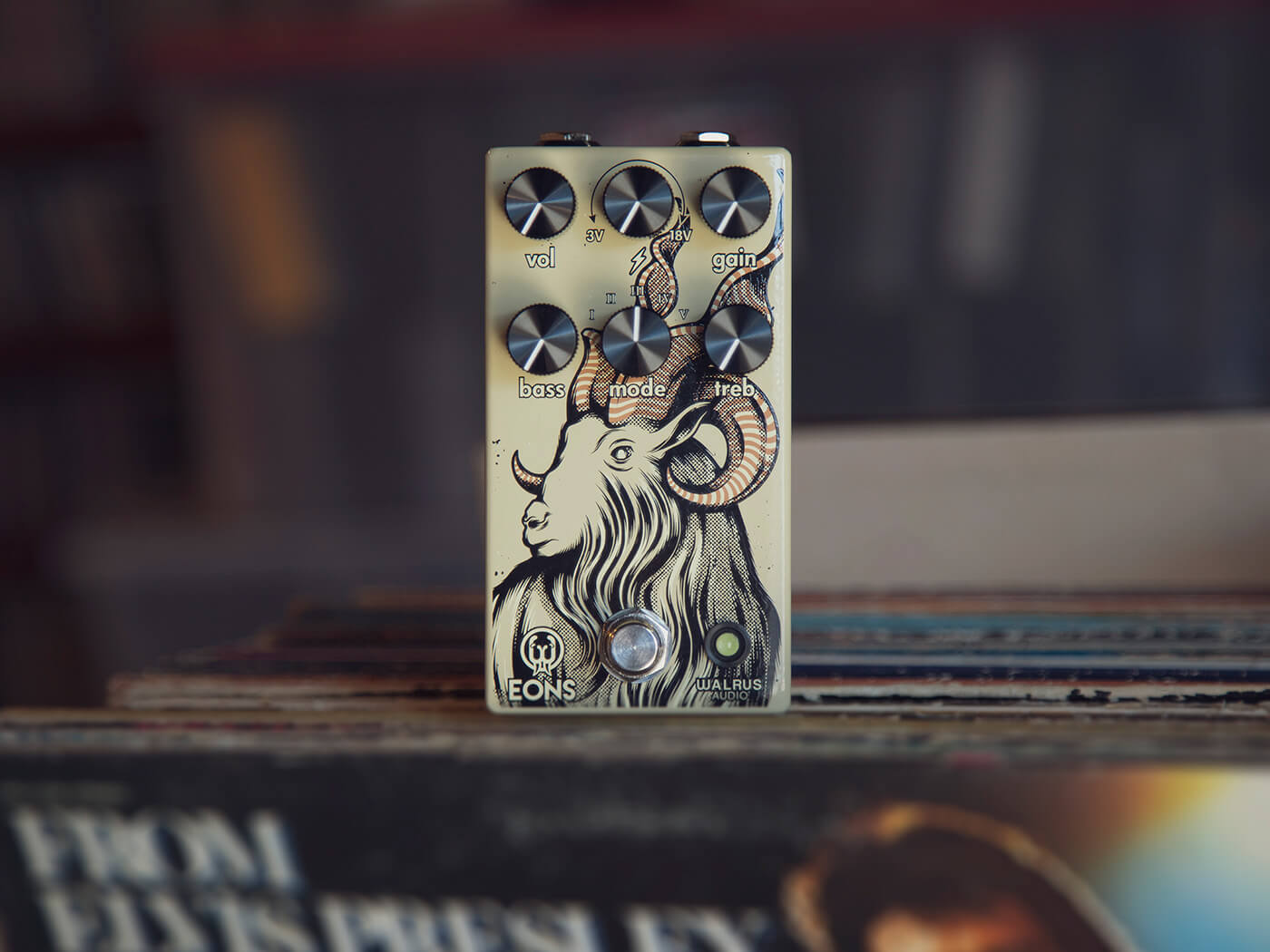 Such is the versatility of the Eons, and the unique and varied ways with which the gain and voltage controls work with each other, we do wish that Walrus had maybe sprung for an extra footswitch, or perhaps a latching mode, to enable the ability to save a sound as a preset. The bone-on-bone labels are tough enough to see in good light, and with the tiniest nudge dramatically altering the sound, we’re not sure we’d want to be down on our knees fiddling in the heat of a gig. That said, given this pedal’s £30 uplift over the Ages and Eons, that would likely have pushed the prince into unreasonable territory. Because yes, at £235 this is no budget buy, but for five distinct fuzz voices, it’s actually a bit of a bargain – the real GOAT? Maybe. 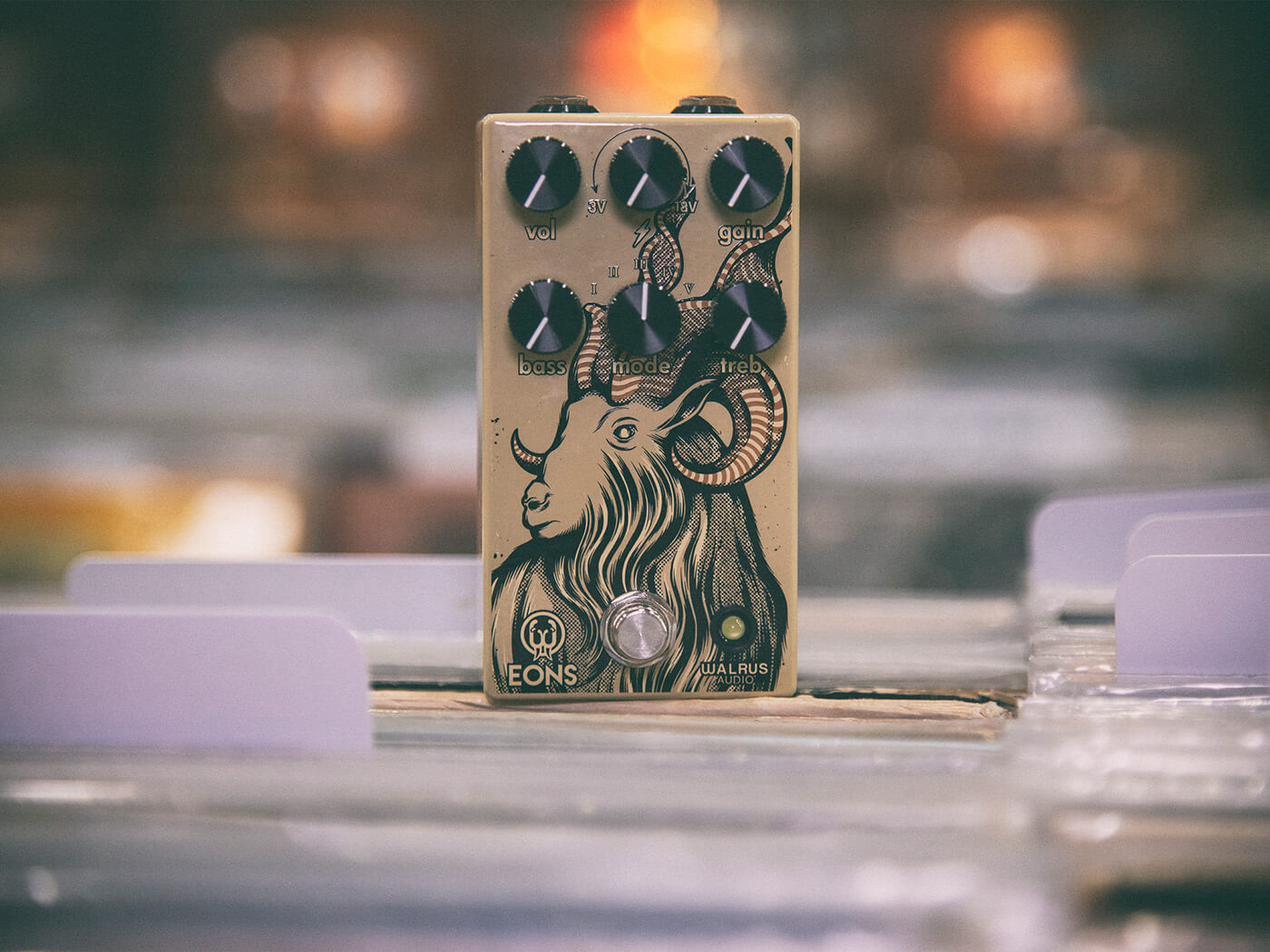