The hottest trend in distortion pedals this season seems to be scuzz – hip guitar-slingers can’t get enough of the spitty, spluttery, scratchy sound of lo-fi fuzz. Which is cool, but it does make us feel bad for all the designers who’ve put so much time and effort into ensuring their stompboxes don’t sound like […] 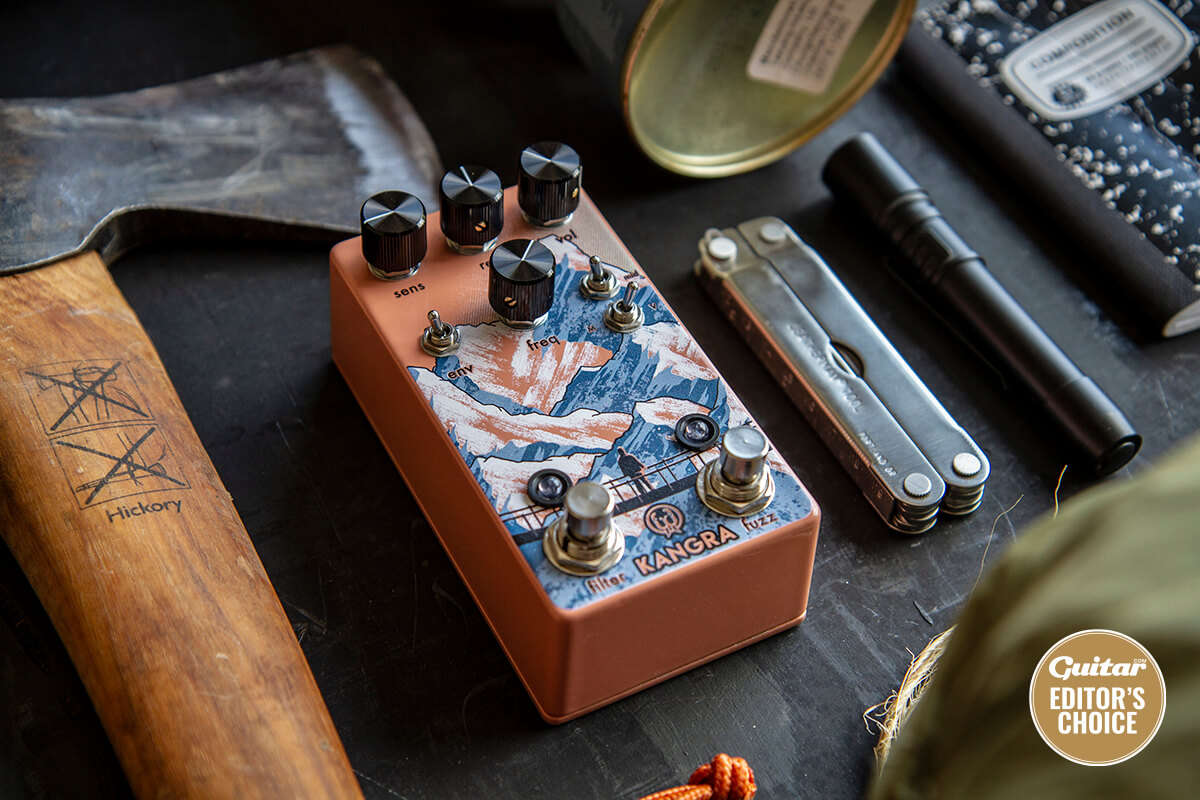 Lo-fi fuzz at its most seductive, with or without the filter

The hottest trend in distortion pedals this season seems to be scuzz – hip guitar-slingers can’t get enough of the spitty, spluttery, scratchy sound of lo-fi fuzz. Which is cool, but it does make us feel bad for all the designers who’ve put so much time and effort into ensuring their stompboxes don’t sound like misfiring tugboats.

Walrus Audio’s new combined octave fuzz and filter pedal, the Kangra, is most definitely a scuzzer. Designed in collaboration with Jared Scharff from the Saturday Night Live house band, it’s inspired by his own Kay Fuzz Tone – a cheapo unit from the late 60s that is more of a curio than a classic. But this is much more than just a retro remake.

The original’s wah-style tone treadle has been ditched and instead, we get a more versatile low-pass filter plus a couple of intriguing toggle switches. One of these engages a boost to the mids, while the other flips between ‘vintage’ and ‘modern’ fuzz voicings. 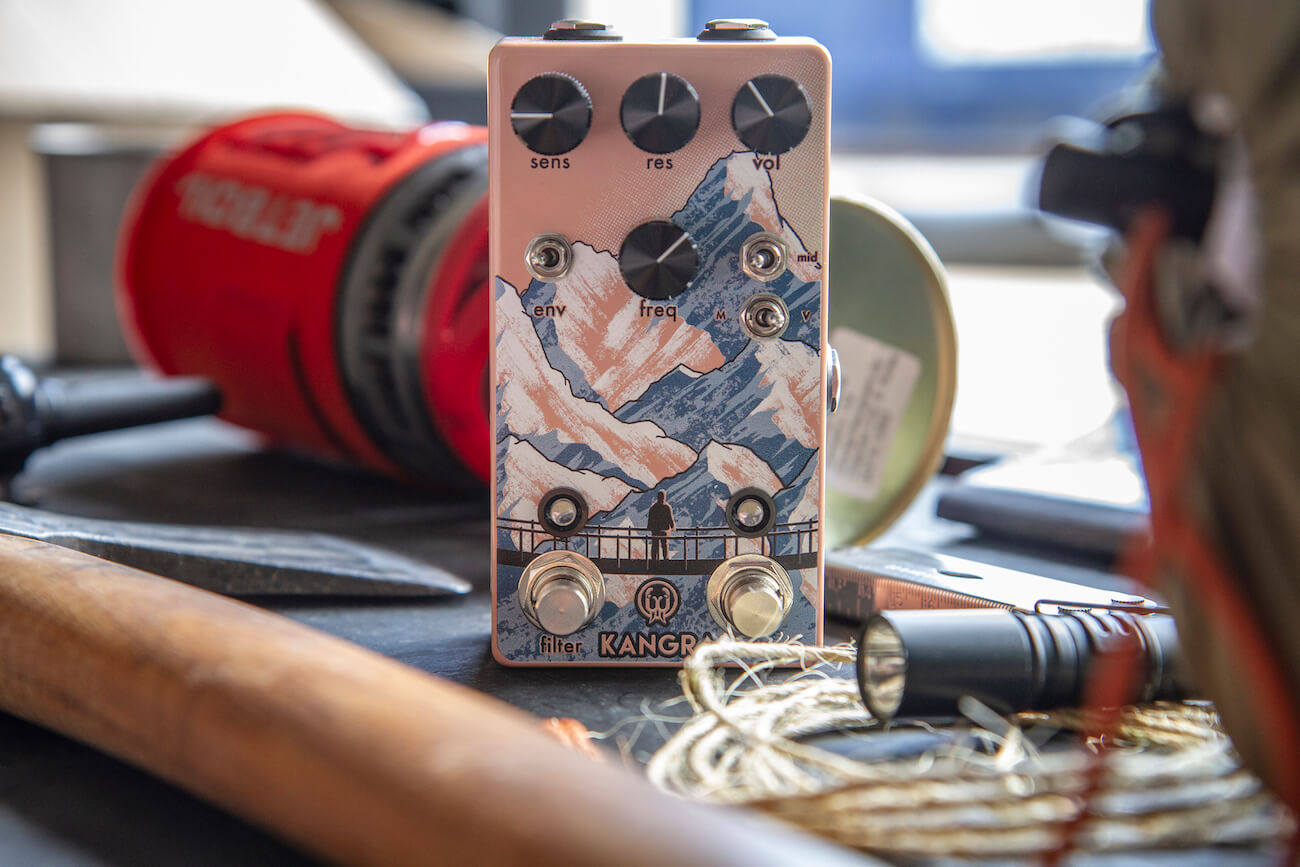 Nope, there’s no gain knob – the other controls are all for the filter. Three dials shape its frequency response, while another toggle switch engages envelope-following mode (where the filter tracks your playing dynamics). If you’re missing that treadle, you can also use an expression pedal to move the cut-off frequency up and down.

The Kangra Valley in India is a place with some significance to Scharff and is represented by the pedal’s artwork. “It was this tranquil and peaceful valley, but if you look up ahead, the heaviness of the Himalayas was right there. It represents the duality of the pedal,” he says.

Two effects in one compact pedal means two footswitches very close together. It can be easier to engage both at once than either one separately, depending on footwear, but we’ll tackle the fuzz on its own first, because it’s very much the star of the show here.

Yes, it’s splatty and pinched; yes, it doesn’t get on so well with low-output pickups; and yes, you can only really hear the upper octave above the 10th fret. But if you accept those limitations, you’re free to sit back and enjoy a ripping, grainy fuzz tone that’s equally tasty in all four of its distinct flavours. 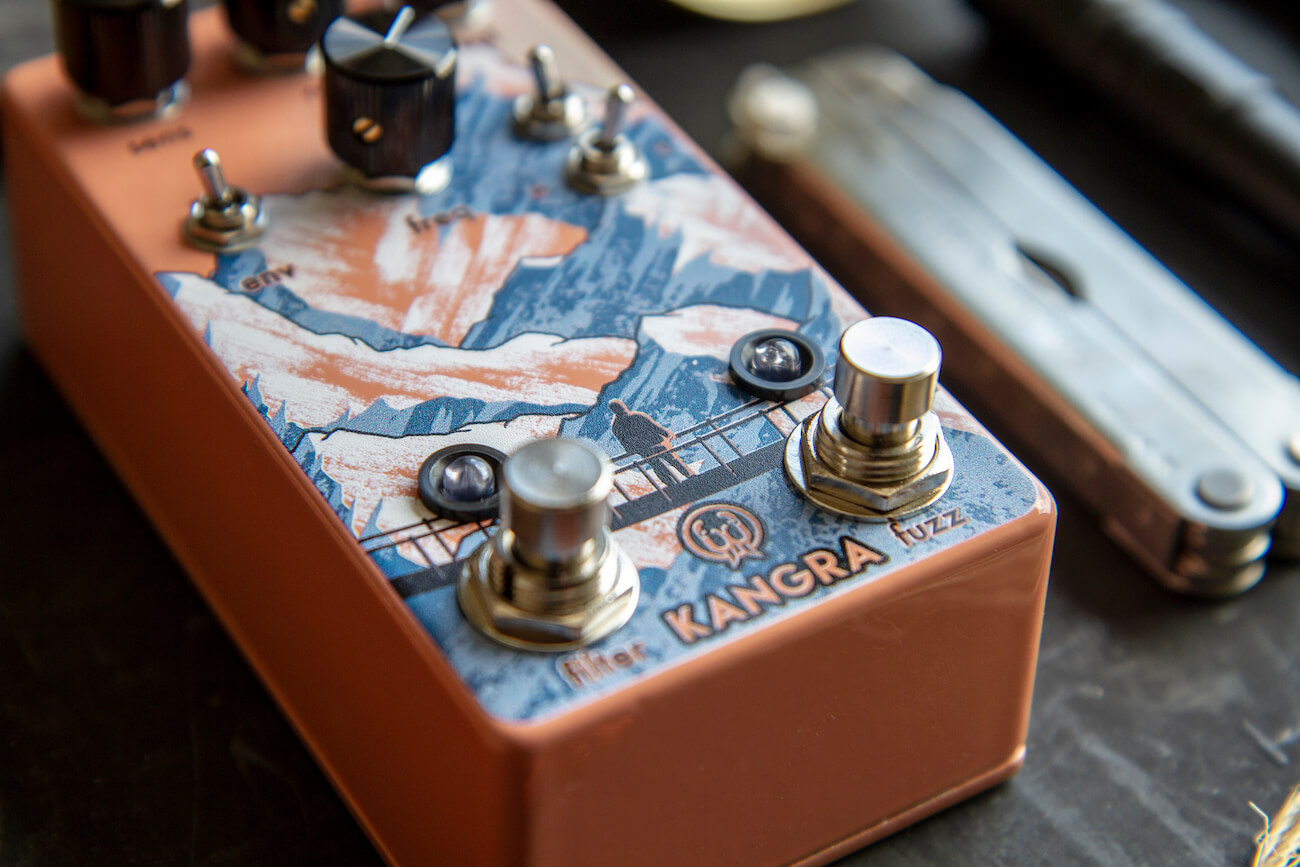 The mid switch lets you choose between chunky and scooped, while flipping between vintage and modern has a dramatic effect on low-end heft, dynamic response and overall ‘bigness’. It’s all quite addictive – and while there’s clearly gating at work, it’s not the sort that’ll cut you off in mid-screech.

Engaging the filter in fixed mode adds a whole new dimension of evil, and you might find this more rewarding than the envelope-following option… which sounds fine but does demand careful knob management to keep things musical. In some ways, the envelope effect sounds better with the fuzz switched off, giving it a much bigger dynamic range to track for those rhythmic auto-wah effects.

Really, though, it’s all about the fuzz. And when scruffy can sound this inspiring, who needs neat and tidy?