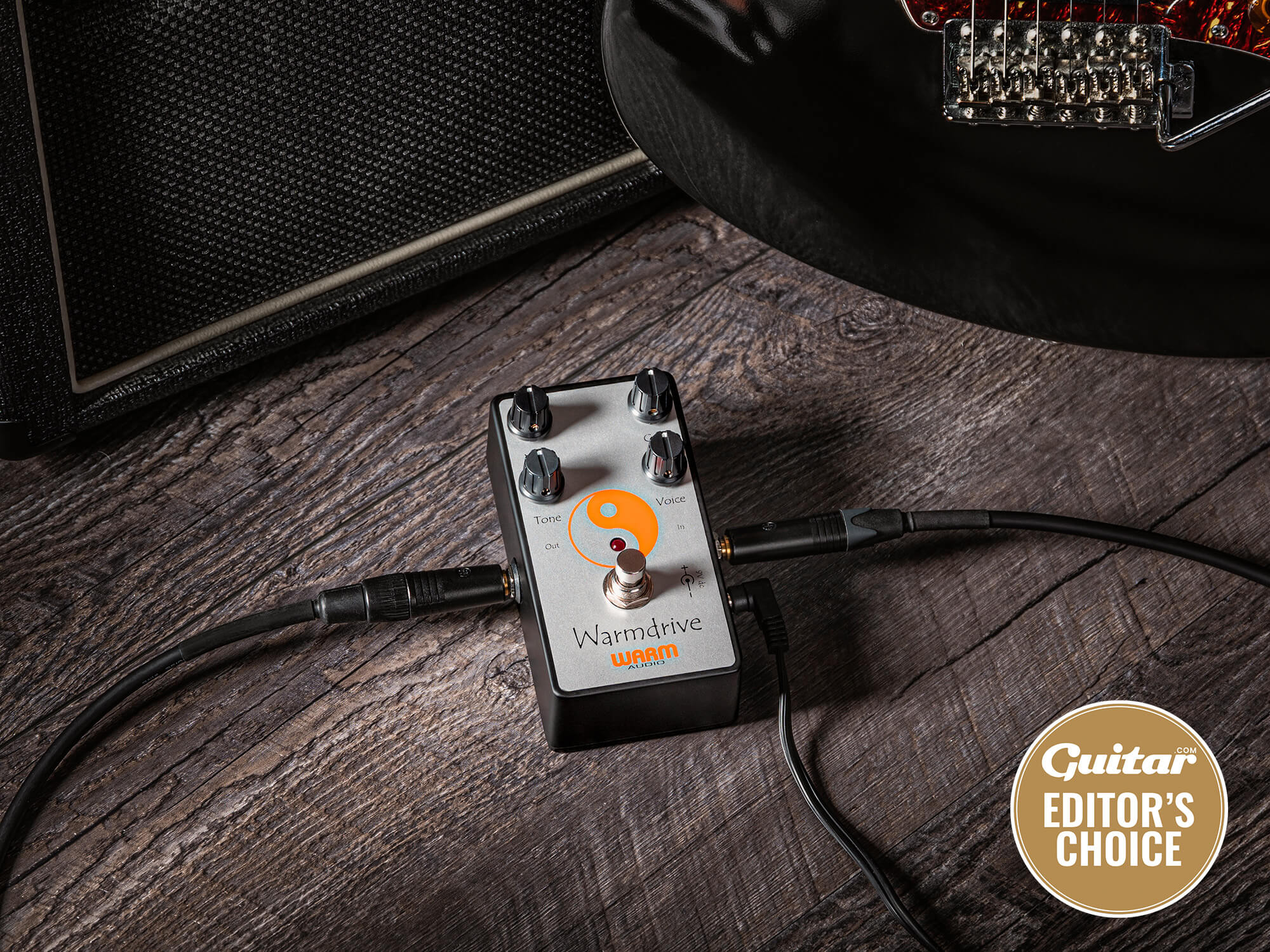 Warm Audio wants to democratise Alfonso Hermida’s legendary (and legendarily hard to find) Dumble-in-a-box pedal, but does it measure up to expectation?

A faithful reproduction of a legendary pedal that deserves to be tried and enjoyed by a much wider audience.

The Hermida Audio Zendrive might not be as (in)famous as that most revered of overdrive pedals, the Klon Centaur, but it’s still one of the most coveted dirt pedals of the modern boutique era. And like its equine counterpart, demand has long outstripped supply, pushing the prices of original Zendrive pedals up into the high three- and even low four-figure zone of ‘very rich people only need apply’.

The reasons for this are pretty straightforward really. Designed by Alfonso Hermida and first released back in 2004, the original Zendrive is one of the first and most sonically successful Dumble-in-a-box emulator pedals. Indeed, so effective is the Zendrive at emulating the smooth breakup and dynamic response of the Overdrive Special, no less than Robben Ford became an early adopter. The legendary tonehound uses the pedal to replicate his ODS tone for gigs where shipping an irreplaceable amp that’s worth as much as a house is deemed impractical. High praise indeed. And it’s not just Ford; the Zendrive can count Jeff Beck, Sonny Landreth, Vince Gill and scores of other pros as firm believers in its wonderful tonal properties. 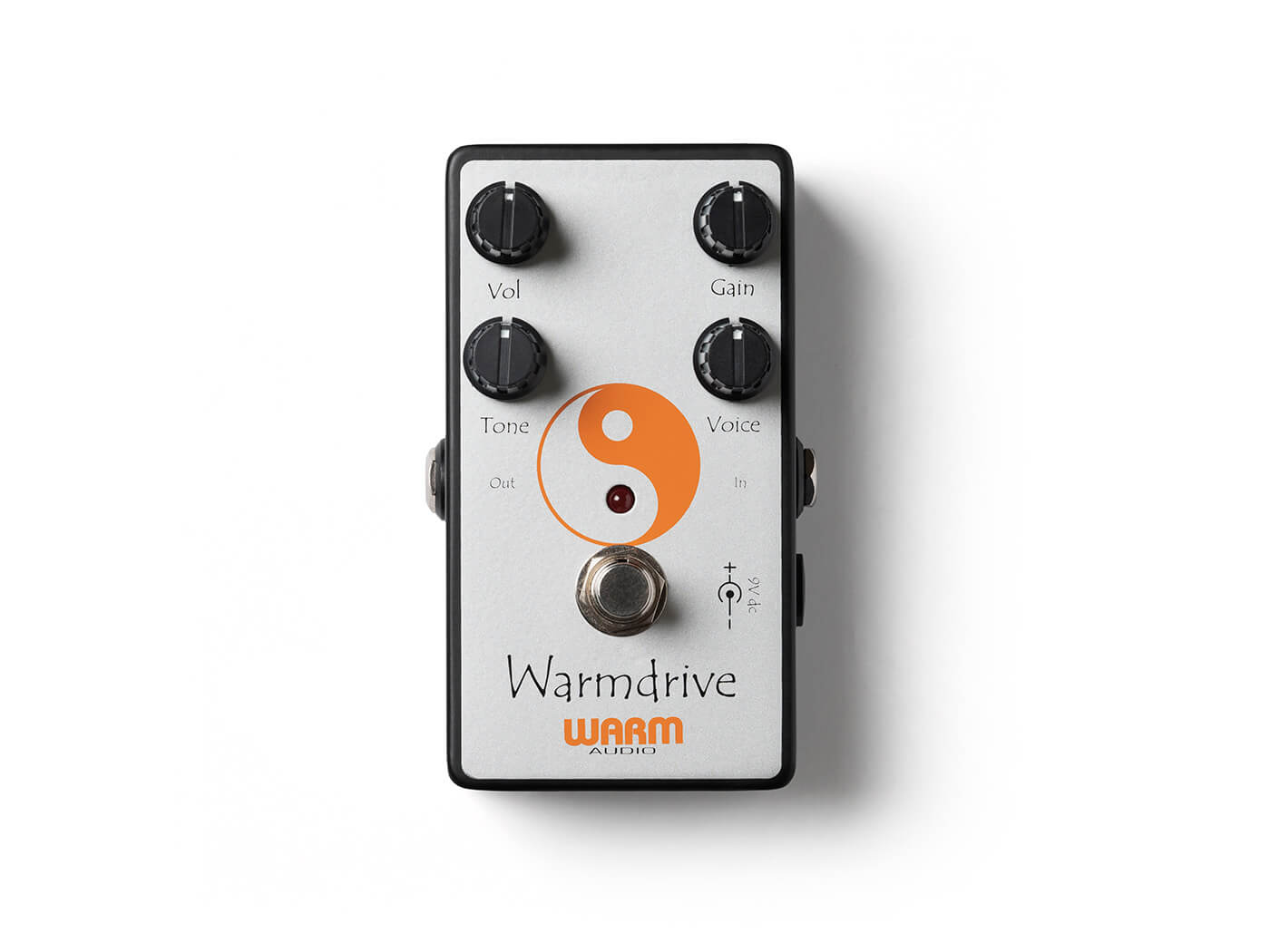 Perhaps as a result of this Zendrives have always been hard to find and Hermida has seemed to struggle to keep up with demand over the years – adding a further layer of mystique to the pedal’s reputation. Then back in 2013 Sean Michael’s Lovepedal brand announced that it was entering into a partnership with Hermida Audio that would see Lovepedal produce Zendrive and other Hermida Audio-branded pedals, leaving Alfonso free to come up with new pedal designs. Despite hopes to the contrary, the Lovepedal-produced Zendrives have proved almost as elusive as the originals. It’s probably an unscientific measure of how rare something is, but at time of writing there are over 40 Klon Centaurs available for sale worldwide on Reverb. The Zendrives? Just 11. Maybe the people who own them don’t want to part with them.

Regardless of how and why the Zendrive is so hard to find, it seems sensible for someone else to provide a means to democratise the Zendrive, and give more players the chance to experience its charms – enter then, Warm Audio. 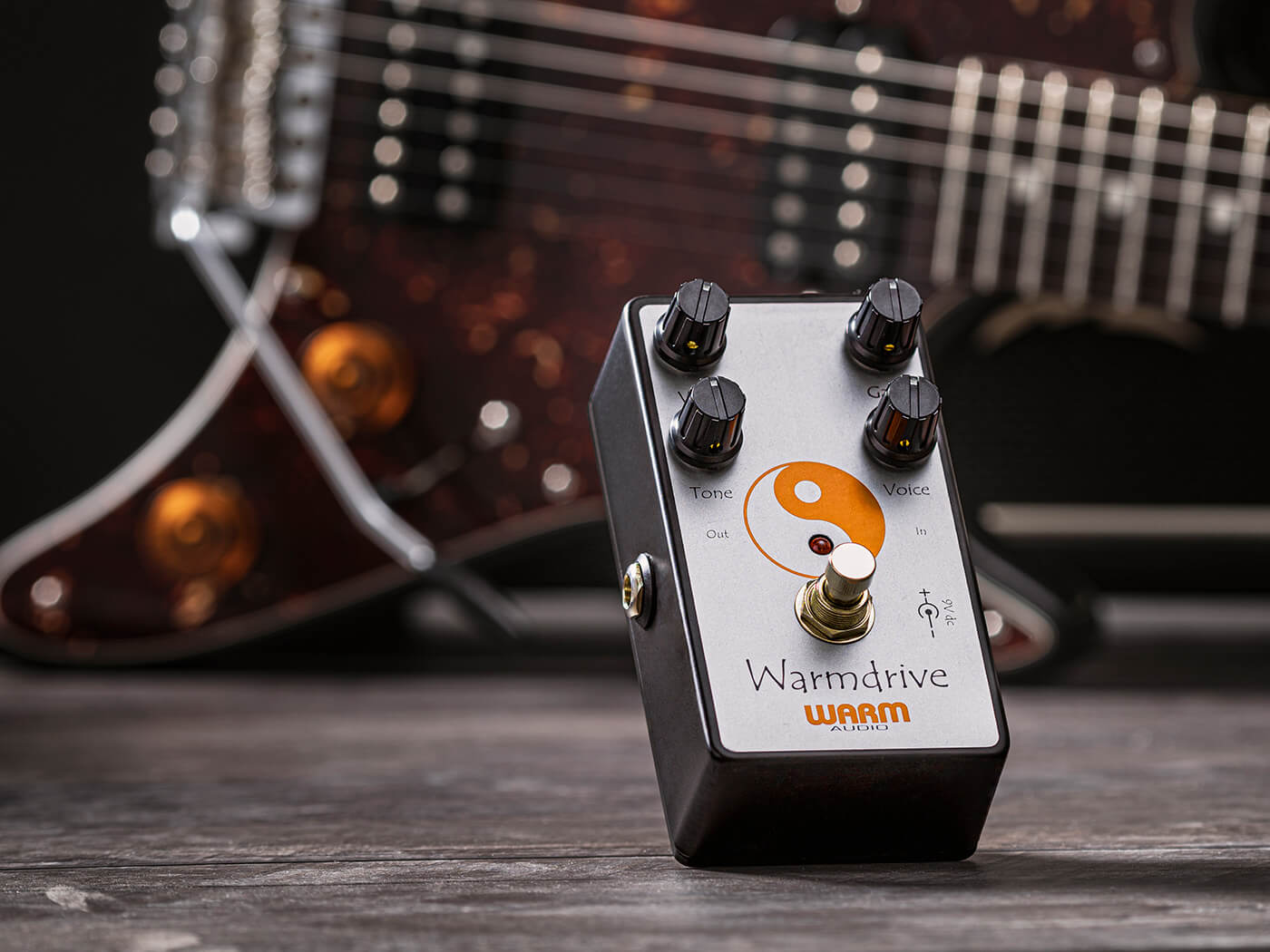 The Warmdrive makes its intentions clear, with the manual stating that it’s a ‘reproduction of a very “Zen” overdrive’ and visuals that are double-take levels of closeness to the Hermida original. Crucially however, the Warmdrive’s beauty is not merely skin deep; internally Warm Audio has utilised premium components that match the original; 2N700 MOSFETs, carbon resistors and 1N34A Germanium/Schotty BAT41 diodes. The brand deserves credit not only for the detailed research that’s gone into replicating the Zendrive, but also the commitment to using quality components to get there.

The Warmdrive features four controls; the volume and gain are self-explanatory, but the voice control changes the pedal’s EQ before the gain stage, making it more like the tone control on an old Tweed amp where turning it up not only increases brightness but adds gain to the party too. The tone control alters the EQ after the pedal’s gain and is more of an overall tonal shaper. Balancing these two controls is key to extracting the most from this pedal with your setup. 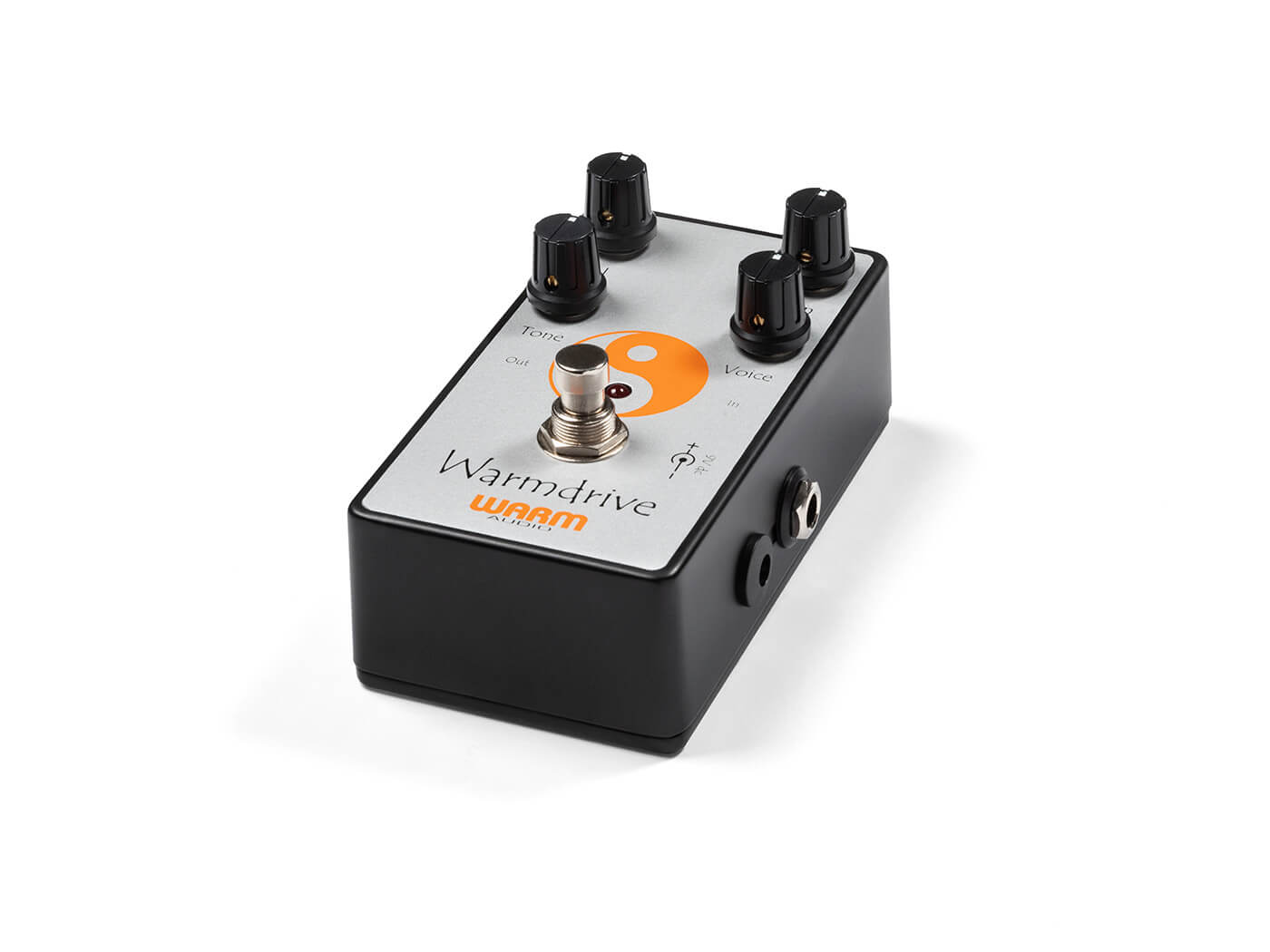 With our rosewood ‘board Telecaster into our trusty Deluxe Reverb, we are immediately impressed by both by the Warmdrive’s ability to warm our somewhat spikey core tone, but also the pedal’s uncanny ability to sound like a roaring overdriven amp at bedroom levels.

The Warmdrive passes the ‘does it sound good with everything at noon?’ test with flying colours, delivering a rich mid-heavy overdriven voice that spans the gamut of just breaking up to rich solo sustain all by twisting your guitar’s volume knob.

Grabbing our Les Paul and upping the gain to two o’clock and backing off the tone and voice a touch delivers one of the best solo tones we’ve heard in a long time; rich in flutey sustain and pure treacle under the fingers! 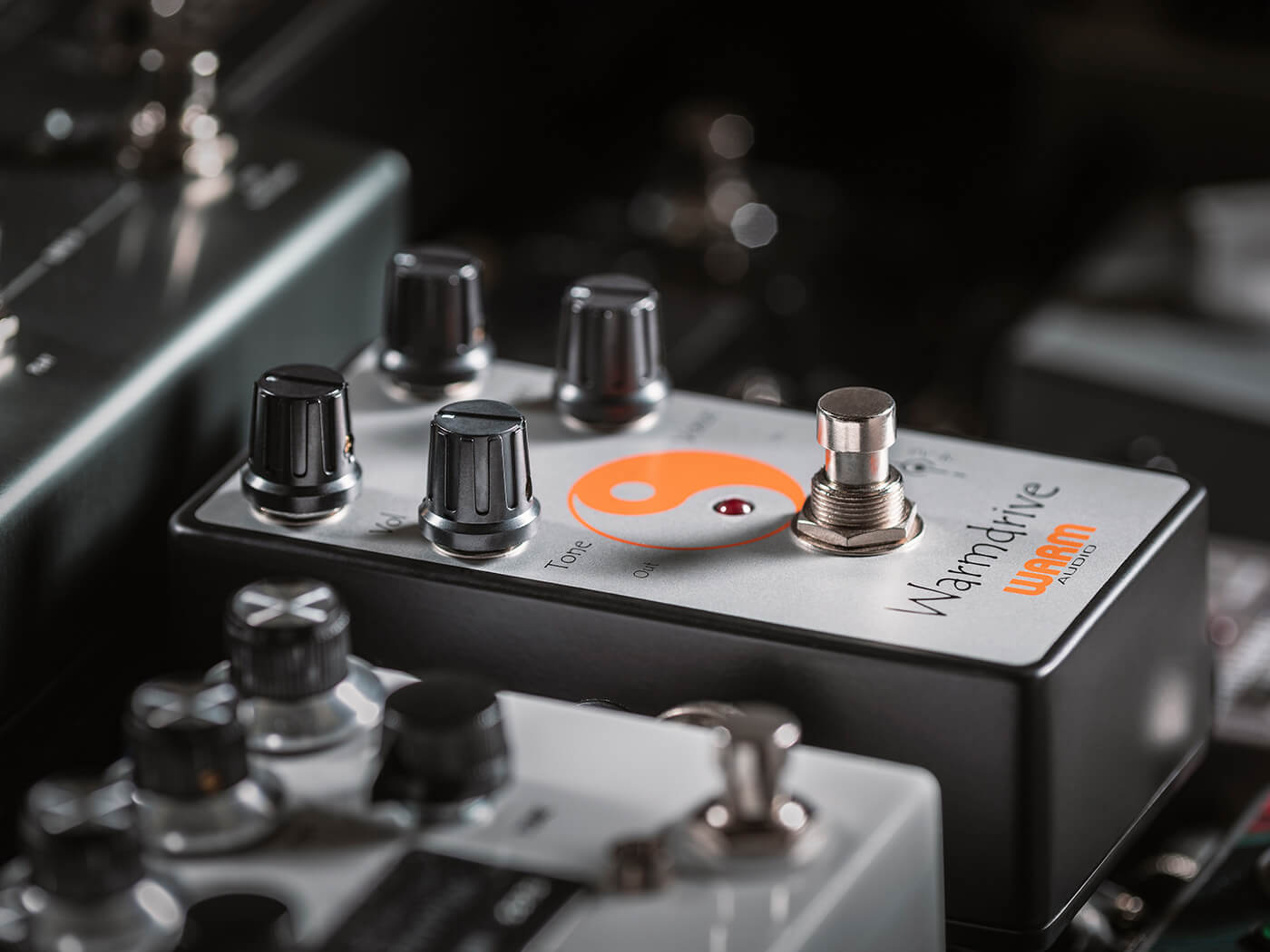 Notes in chords and fast passages ring out with remarkable touch sensitivity yet remain respectful of pickup selection or playing style. With an already overdriven Marshall JTM45, the Warmdrive functions decently as a boost to an already singing amp, but we preferred it into a cleaner amp allowing the pedal to do its own unique thing.

The Warmdrive also responds very well to a boost pedal in front of it – pairing it with Warm Audio’s Klon-aping Centavo works remarkably well in this respect – making it a superb all-round choice for a spot on your pedalboard.

While we’re up to our necks in Klones of every budget that offer a gateway to the world of boutique overdrive circuits, to even try an original Zendrive, if you can find one, often requires a significant financial investment. Warm Audio’s vision is to make this experience available to the masses for a much more accessible price of admission without sacrificing any tonal integrity. We applaud their efforts wholeheartedly. 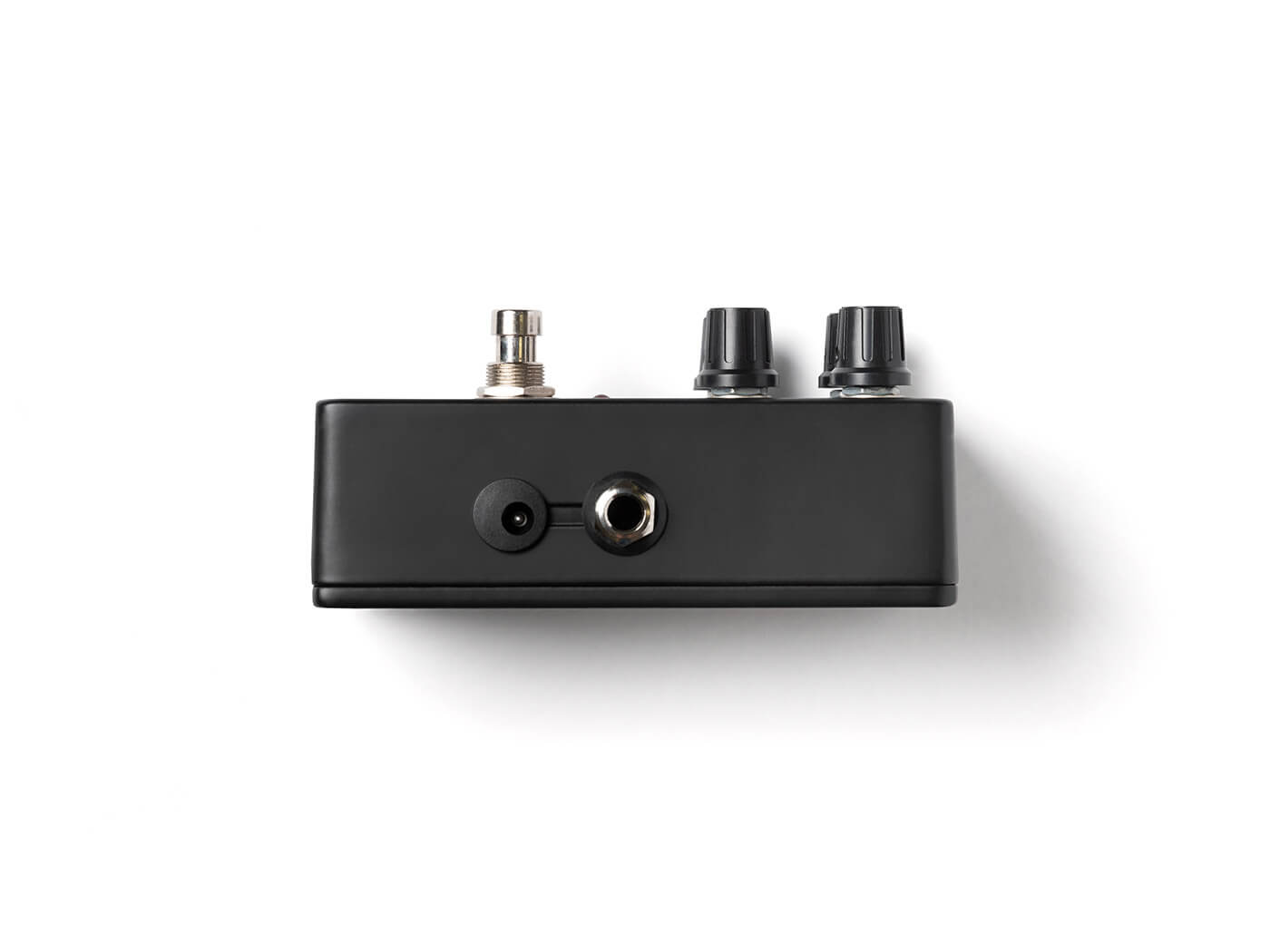