Zander’s tribute to a mysterious 70s classic aims for the perfect blend of gurgling fuzz and surprisingly tasteful overdrive. 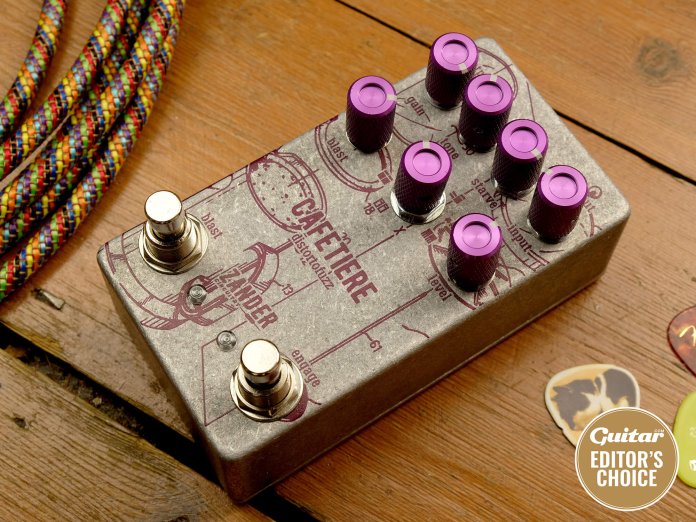 The original InterFax HP-1 Harmonic Percolator was pretty much the ultimate ‘knocked up by some dude in his shed’ classic: an unwieldy-looking fuzz box with two slider controls that was very nearly forgotten before accidentally stumbling into legend status several decades later.

Much of this was down to the influence of maverick alt-rock production genius Steve Albini, whose endorsement of the HP-1 sparked a whole sub-industry of clones and tributes. The Zander Circuitry Cafetiere is one of them… but the 2022 iteration of this UK-built pedal is much more than a mere imitator.

You can probably tell that much from the fact that it has two footswitches and seven knobs – or, to be precise, six knobs plus an eight-way rotary switch. This, a feature common to most of Zander’s current dirt devices, is a diode selector, offering just about every clipping option imaginable.

But that’s not necessarily the most important part of the Cafetiere’s purple-knobbed control array. On the top row, alongside gain and tone, we get ‘starve’ for low-voltage choking effects and ‘input’ for fattening up the front end of the circuit. And downstairs we find the promisingly named ‘blast’ knob – this sets the output level when you engage the footswitch below it, which automatically maxes out the gain.

It’s worth noting that the footswitches can be held down for non-latching operation, and that either ‘channel’ can be engaged from bypass – you don’t need to have the effect already switched on before you jump into the blast zone. You can also, of course, hop from one side to the other. 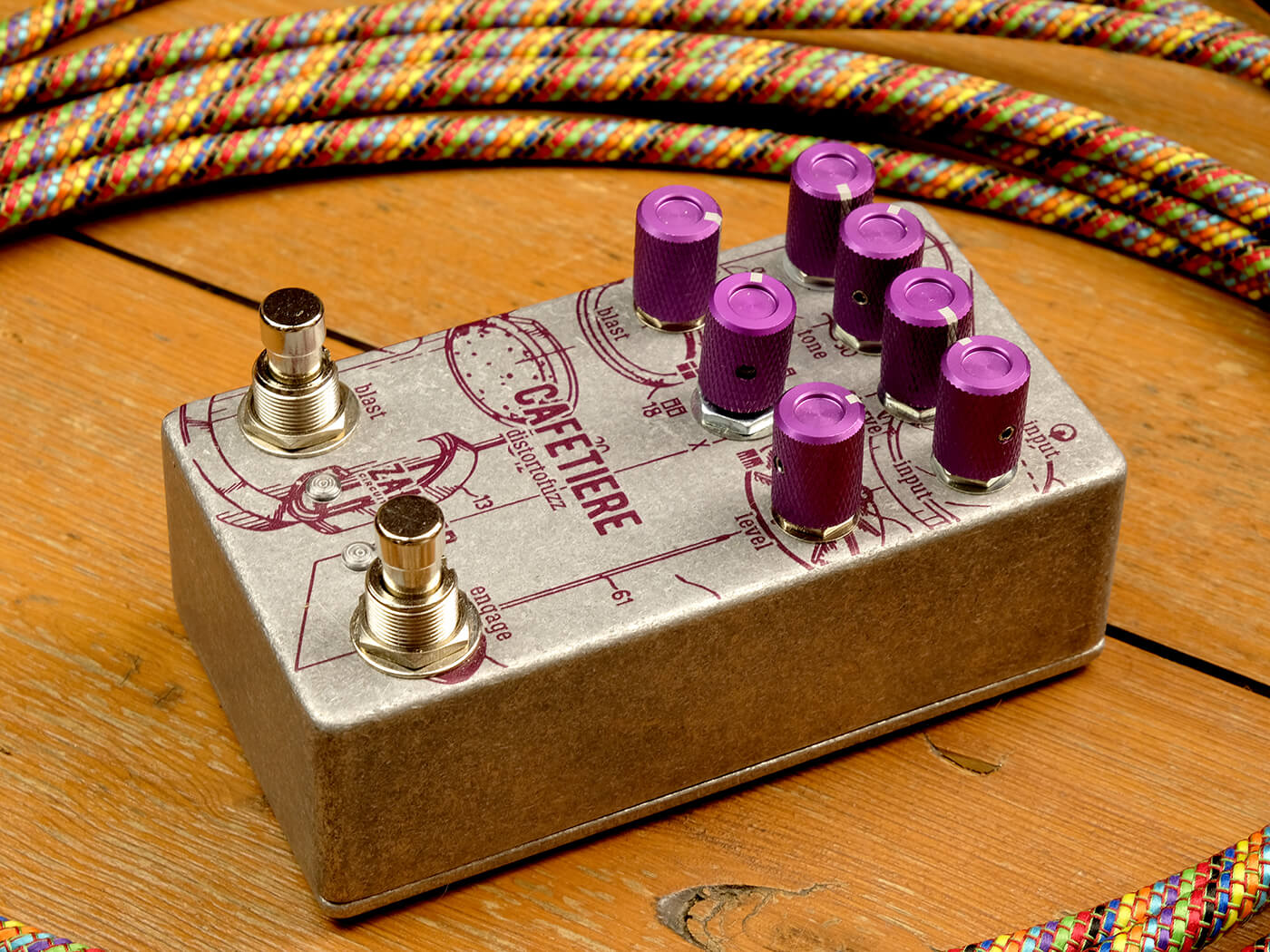 Calling this pedal the Cafetiere was obviously a nod to the coffee-themed name of the HP-1; what’s not so clear is whether that device’s inventor, Ed Giese, was thinking literally when he came up with ‘Harmonic Percolator’ – but this is certainly the place to come for distortion that bubbles and spits.

That’s not to say, however, that we’re dealing with some sort of lo-fi monster intent on traumatising all who hear it. In fact, with input set low and gain anywhere around halfway it’s more like a chunky overdrive than anything you could call fuzz. The upper mids are significantly softened and there’s a pleasing overall balance between tight bass thump and sticky top-end clarity.

The best way to ruin that is actually to wind up the input knob. This seems to squeeze all the headroom out of the circuit so that, as well as being thicker in the low end, the sound gets a lot more urgent and spluttery. If we now twist the voltage-starving knob in the opposite direction, we quickly descend into the wonderful world of splat-fuzz. 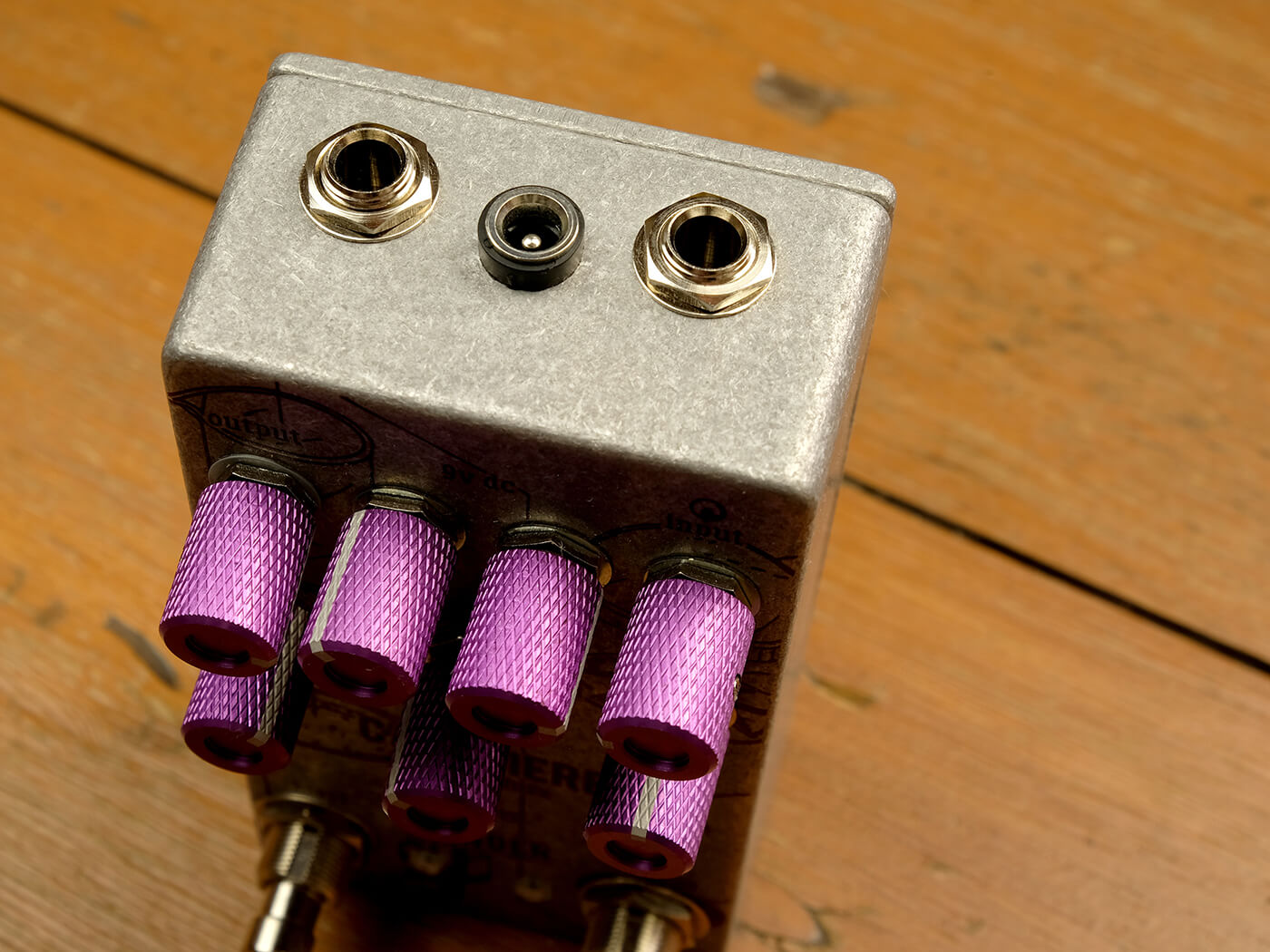 It’s a riot, especially with the gain cranked for maximum flatulence on the low notes, but let’s not forget to explore those clipping modes. Our options here are germanium, silicon and LED, then the same three again but asymmetrical, then two non-diode settings: MOSFET and none at all. The only thing missing, funnily enough, is the germanium/silicon combo of the original HP-1. As it turns out, the different sounds on offer here are not that distinct anyway, but they do allow you to fine-tune the feel of the Cafetiere in terms of saturation, compression and general raspiness.

Blast mode is, well, a blast; and at the other extreme, there are some super-pretty crunch tones to be found by turning down the guitar’s volume – although, inevitably, this doesn’t do the signal-to-noise ratio any favours.

We were a little disconcerted by the wobbliness of our review pedal’s mode knob, and sometimes distracted by the popping of the footswitches. But that aside, this is a twiddler’s delight and an extremely likeable source of rich, thick-grained muck. 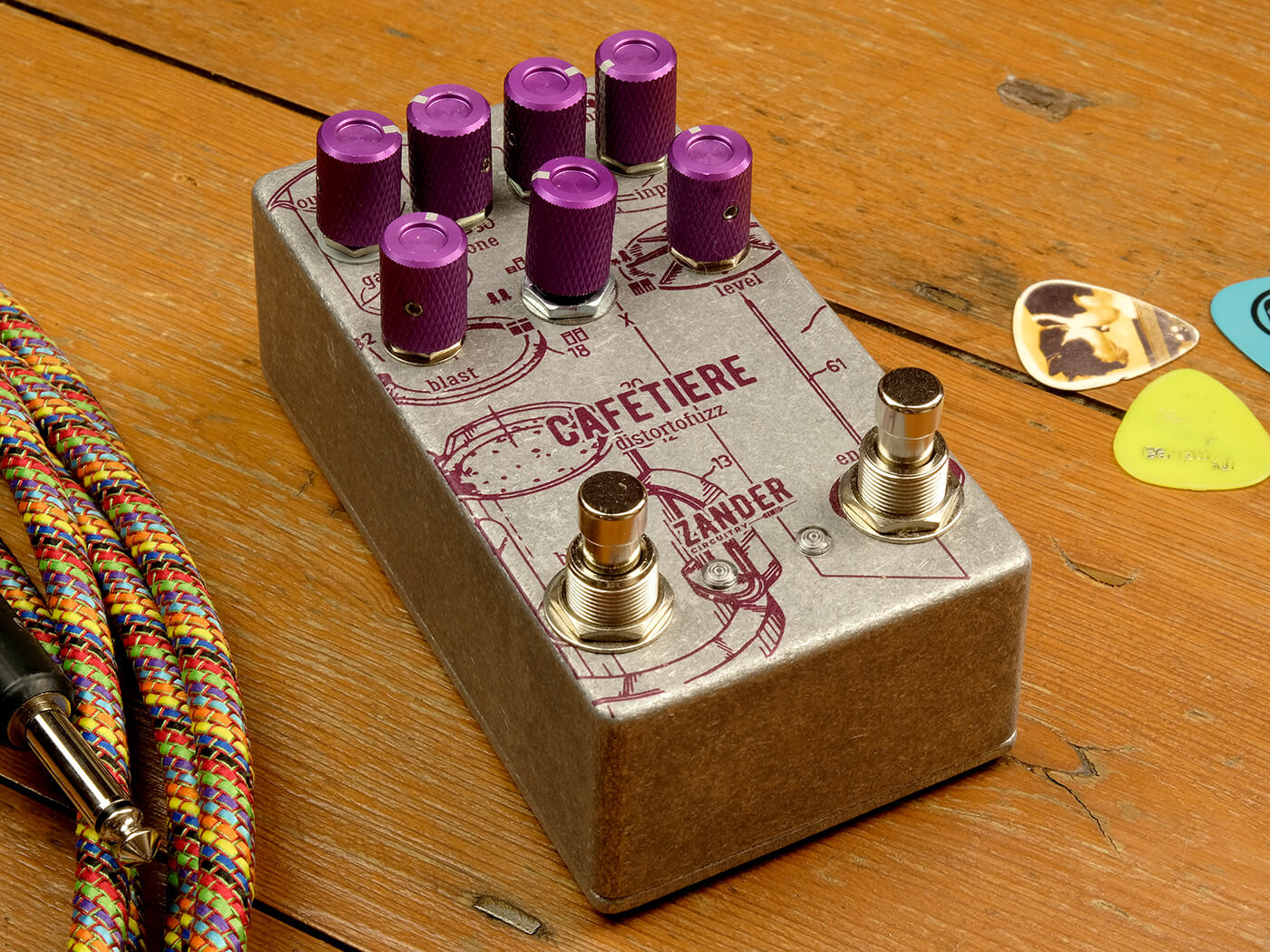