Two of EHX’s most popular effects of recent times collide in this curious combination stompbox. 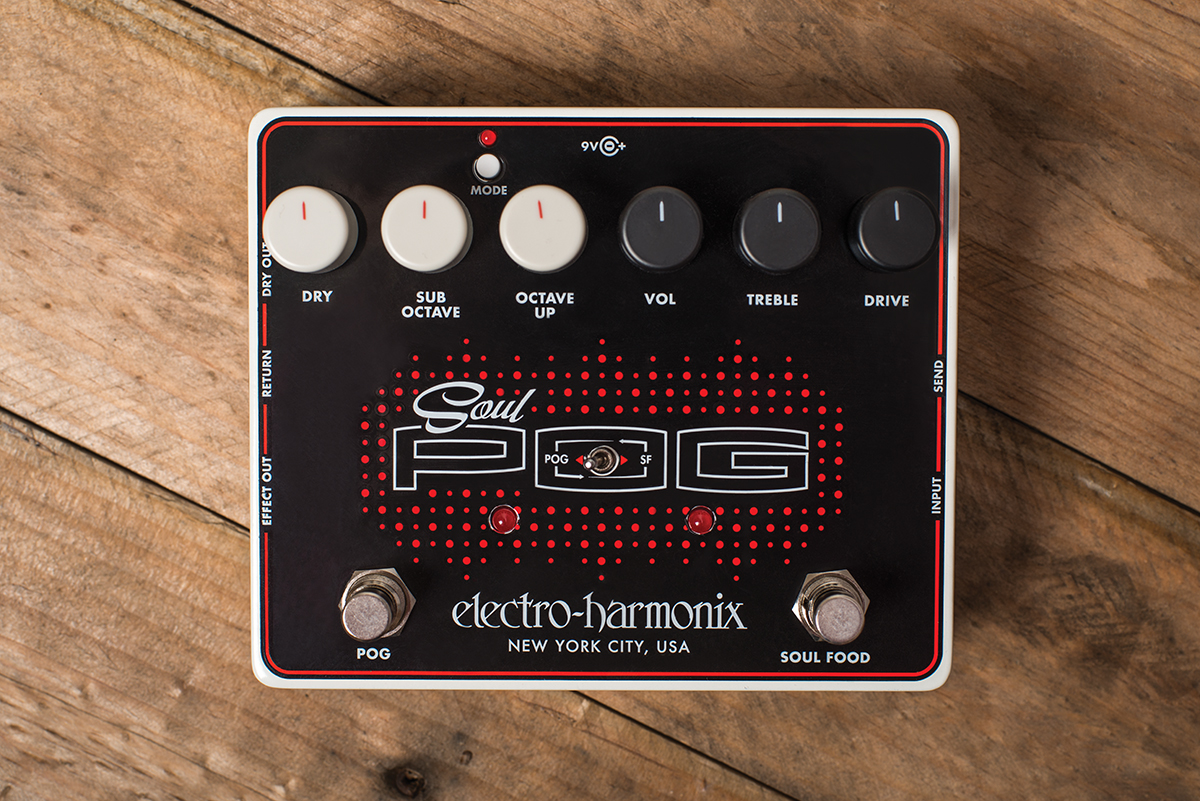 The Electro-Harmonix Soul POG is one of the New York company’s seemingly relentless stream of recent pedal releases and joins the Epitome, Holy Stain, Tone Tattoo and Turnip Greens in the ‘multi-effect’ category of the EHX catalogue.

You might legitimately wonder why you wouldn’t simply buy standalone Soul Food (£61) and Nano POG (£156) units and place them wherever you like in your effects chain, but the extra £2 that it costs to have both effects in the same box also buys you a couple of additional features in the shape of another mode on the Nano POG side and an effects send and return.

The mode switch offers either the familiar Nano POG algorithm or “upper octave notes with enhanced harmonics and improved polyphonic capabilities”, while the send and return allows you to place external effects in the signal path between the overdrive and octave. In addition, the effects order switch allows you to decide whether the Soul Food or Nano POG comes first in the chain.

We’re pleased to see the Nano POG’s separate wet and dry outputs have been retained. The ability to send effected and uneffected signals to different amps means things can get very interesting indeed, especially if you are in one of those ‘so hot right now’ two-piece bands: guitarists can use the pedal to send a sub octave to a bass amp, while bassists can go down the Royal Blood route and siphon an upper octave off to a dirty guitar amp. Very cool.

Electro-Harmonix Soul POG in use

The Soul Food is, of course, a clone of the Klon Centaur. In a direct comparison with the J Rockett Archer Ikon – our favourite ‘klone’, that’s become a fixture as a clean boost on this writer’s ’board.

The Archer is a little sweeter, with extra clarity and sophistication; but the differences are in the fine detail, and the slightly brasher Soul Food certainly doesn’t disgrace itself.
Where the real fun lies is on the Nano POG side. Adding a sub octave begs for dirt, and though like many klones the Soul Food can get rather nasal at higher drive settings, backing off the treble and running it before the POG fattens things up nicely and creates some really raunchy tones that are ideal for sleazy single-note Tom Morello-style riffing.

Fans of that other high-profile octave merchant, Jack White, are equally well served – introducing the upper octave creates some really searing lead tones, but be careful with that treble! The octave side also plays nicely with other overdrives – we particularly enjoyed the combination of a Tube Screamer and sub octave for thick alt-rock riffing.
The tracking in both POG modes is fast and works as advertised, while the synthetic sheen of the upper-octave tones played clean helps the unit deliver convincing organ-style sounds. With the mode LED illuminated, it’s like pulling drawbars out on an old Hammond and extending the high-end brilliance. When using the upper octave without the sub, nobody is going to believe you’re playing a 12-string, but mixed in subtly it gets your six-string closer to the right ballpark. 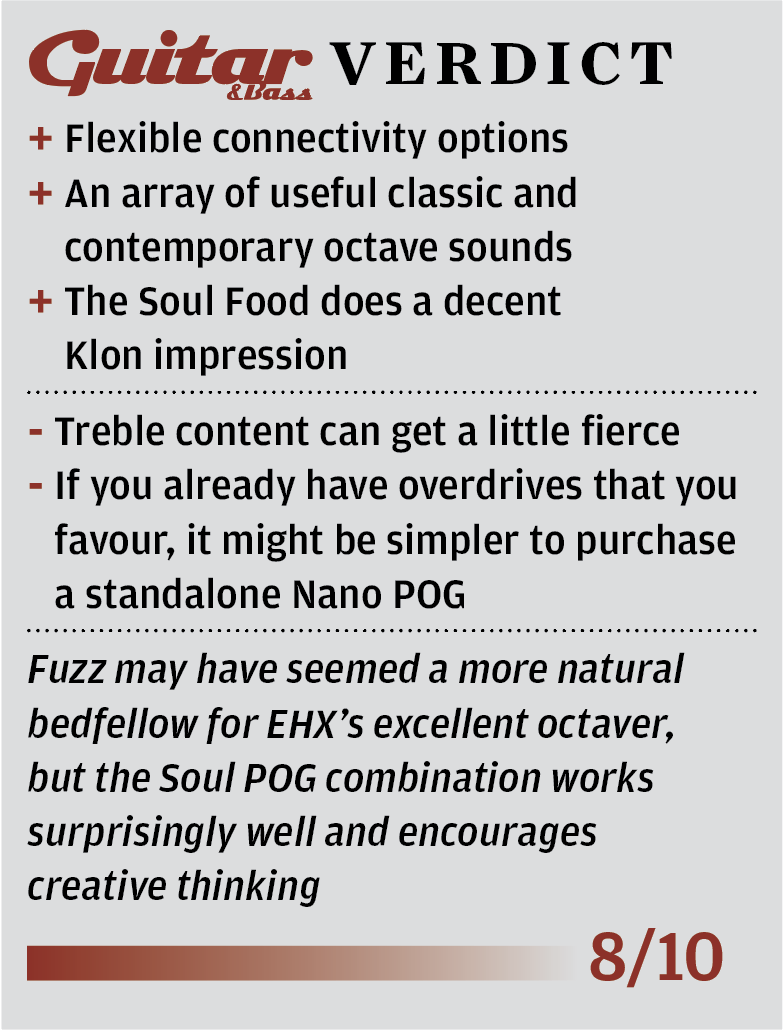 To be in with a chance to win one of these, plus two other pedals from EHX worth a total of £560, enter our competition here: /comps/ehx/