Boutique offsets may have become almost as popular as fuzz pedals with hand-painted enclosures, but the Bunting Melody Queen is much more than an attempt to jump on the bandwagon. 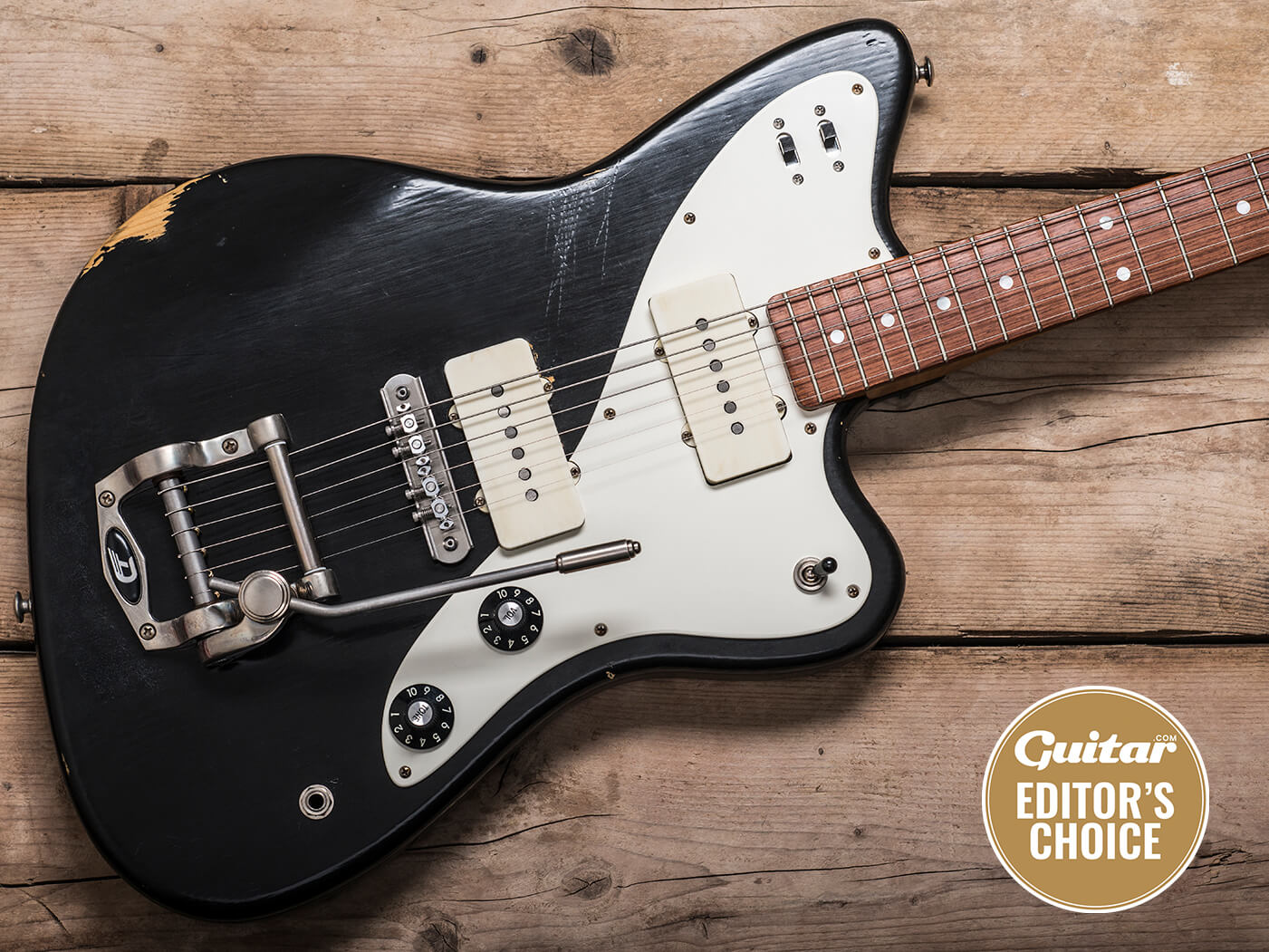 Light, resonant, tonnes of great tones and competitive pricing. Fans of upmarket offsets should put the Melody Queen on their must-try list.

From Gil Yaron to B&G and Macmull, the last 10 years have seen a steady stream of inspiring luthiery flowing out of Israel. Based on our encounter with the Melody Queen, Bunting Handcrafted Guitars looks set to continue the trend.

Based about 40 miles north of Tel Aviv, Bunting is the brainchild of former photography and art student Yaniv Loria. Inspired by golden-era electric guitar designs, Loria began making guitars in his parents’ garage, but later set up shop with experienced tech Guy Shapira. The founder of Liquid FX, Shapira is also working on a line of Bunting stompboxes.

But let’s not get ahead of ourselves. Bunting uses a mixture of traditional and modern woodworking approaches and Loria and Shapira finish their guitars by hand, using oil and shellac, drawing inspiration from the 17th-century European instrument-making tradition.

The Bunting range comprises two versions of the Melody Queen (with Jazzmaster or Telecaster-style appointments), a pair of double-cut ‘Jackal’ models, two versions of the shorter-scale ‘Alice’ and a single iteration of the ‘Spiro’. The latter is a P-90/wrapover model we’re desperate to get our hands on after hearing an extraordinary demo on Instagram.

The Melody Queen’s outline is rather like a Jazzmaster with a softened upper horn, but on removing it from its Hiscox case, it’s quickly apparent that there’s plenty to differentiate this instrument from the Southern Californian offset that inspired it. For starters, the body is made from German spruce and is remarkably light. Press your ear against it and strum a few cowboy chords and you can hear more than a little flat-top acoustic in its intriguing unplugged accent.

Then there’s the oil-and-wax-finished Bosnian maple neck with its wild flame and the highly evolved hardware; the obligatory Mastery bridge is accompanied by a Duesenberg Diamond Deluxe Tremola (a removable arm that can be rotated through 360 degrees and string-through anchoring make this a thoughtful update on the B5), while locking Gotoh tuners with staggered-height posts negate the need for a string tree.

All of Bunting’s timbers are old-growth, with alder available as an option on the Melody Queen for a small upcharge. Bosnian maple – a European mountain maple indigenous to the former Yugoslavia – is highly regarded in the violin world. It’s the standard wood used for all Bunting necks and Loria and Shapira say it’s lighter, with more midrange than the North American equivalent.

Handle the Melody Queen and it’s hard to argue with this assertion; there’s a lightness in the neck and huge top-to-tail resonance that’s rare in brand-new solidbodies. The 10-inch radius fingerboard sports 22 frets and is made from reddish-brown Madagascar rosewood, which Yaniv feels has “more punch on its attack” than Indian rosewood, while the rolled ’board edges, medium-C neck profile and thin finish make for a seriously inviting feel.

The Tuxedo Black paint job’s thoughtfully positioned array of dings and wear isn’t excessive and the prominent grain reminds us of Dennis Fano’s Novo models. Some may find the Bunting headstock logo a little rustic, but it fits in with the overall vibe.

If this were our personal guitar, we’d perhaps opt for a slightly lower string height at the nut, but our only real concern is that the body finish seems to have become a little smeary in the areas in which it’s been in contact with the case-lining during transit. Hopefully, it’s something that’ll buff out.

Prior to plugging in, our amp was set up for a P-90 Junior, so it’s a testament to the quality of the Melody Queen’s Mojo Jazzmaster pickups that the Bunting doesn’t sound in any way unsatisfying following the junkyard-dog tonality of the Gibson. Over the years, we’ve found stock Jazzmasters a little hit and miss with overdrive – sometimes just too scratchy and nasal for our liking – but when this type of guitar hits the mark, it nails it.

When driven, the Melody Queen’s raw, abrasive punch and sinewy dynamics put us in the right ballpark for The Black Keys, Junior Kimbrough and garage blues; everyone associates offsets with the salty splash of surf, but there are plenty of juke-joint tones in the good ones, too.

Clean things up and there’s twang and shimmer in abundance. When amplified, the Melody Queen’s acoustic resonance and sustain translates into a longer and more even decay than you might expect from an offset and it really suits the smooth Duesenberg vibrato. Raked chords down by the bridge sound predictably epic into cavernous reverb and tremolo, but rein in the ambience and change your attack and there’s a versatile array of tones to suit many styles, from indie and funk to Americana.

The master volume, tone and three-way toggle switch operate as you’d expect, but what about that pair of sliders on the top horn? Referred to by Bunting as ‘Beef’ and ‘Cream’ (Cream being the closest to the strap button), Guy Shapira explains things as follows: “Beef is a series switch, which bypasses the pickup selector and basically gives you a preset of a humbucker-type tone. Cream is a high-cut switch, which gives a preset filtered tone. It’s a nod to the traditional Jazzmaster’s ‘jazz’ circuit, but it’s pre-set.”

Activate either of the modes and you’ll find that the guitar’s volume and tone pots are still fully functional, which further expands the possibilities. With the Beef switch in the ‘up’ position, step on a Tube Screamer and it’s like engaging the Melody Queen’s secret weapon. The ensuing full-fat rock tones will confuse the hell out of the guitar players in the audience and when you roll the tone control back, single notes take on Muff-like fuzz characteristics.

It’s a similar story when Beef and Cream are engaged together with the tone control wide open, although Cream’s preset filter brings more nasal attitude to the mix, which works really well for Queens Of The Stone Age-style riffs and powerchords. With Cream alone, the pickup selector comes back into play and the trio of filtered tones on offer are best enjoyed with drive. There’s almost an octave-fuzz flavour at times and it’s fun to experiment with if you are looking for lead tones with bags of character. There are a lot of sounds in this guitar!