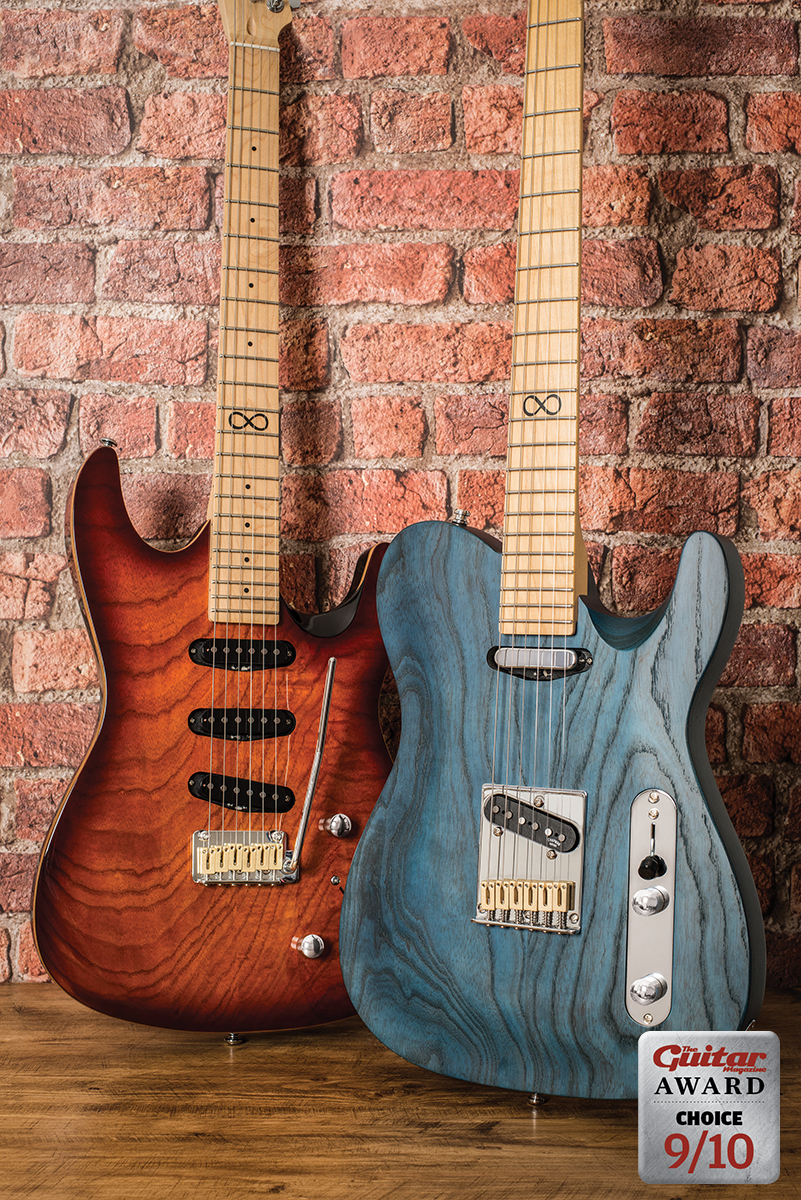 We’re pretty sure that most of you reading this will be aware of Rob Chapman, whether as the super-popular YouTube personality, or as the guitarist and frontman of prog-metal band, Dorje. Most of us would probably be satisfied with online stardom, but Chappers isn’t one to rest on his digital laurels.

In 2009 Rob teamed up with his YouTube co-host Lee Anderton of Andertons Music to create a range of guitars that would be designed in full collaboration with Chapman’s large and loyal online fanbase. The guitars were a hit, and now after 18 months spent readdressing the entire concept and taking on feedback from users, Chapman Guitars splurged 29 new models at this year’s NAMM show in California.

The catalogue has now been split down the middle, with the Pro Series continuing to be made in Korea, while guitars from the Standard Series now originate from Indonesia. We have an example from each range on test; the single-cut ML3 Pro Traditional and double-cut ML1 Traditional from the Standard range. 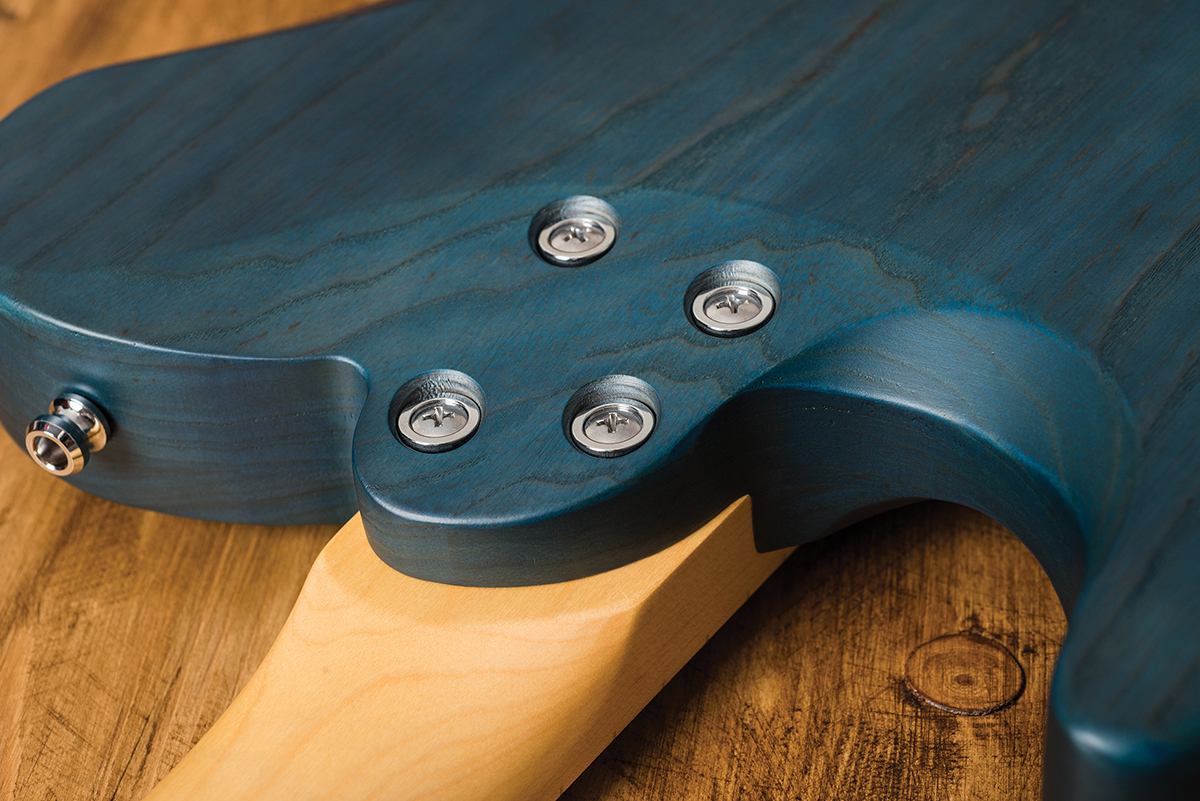 The ML3 Pro – with its two-piece swamp ash body, carved top, glow-in-the-dark side dots and Hipshot open-gear tuners – resembles something that Billy Gibbons might saunter on stage with. Meanwhile, although it sits at a lower price point, the ML1 offers a custom shop, almost Tom Anderson vibe. The solid ash body bears a paper-thin veneer of highly-figured ash, with a 5mm masked strip of natural wood giving the illusion of a genuinely separate top. It’s very clever indeed.

Both guitars possess stainless steel frets and reverse headstocks, and are loaded with their own specifically-voiced brace of Chapman pickups fixed directly to the body. The quality oozing from each belies their modest price tags. 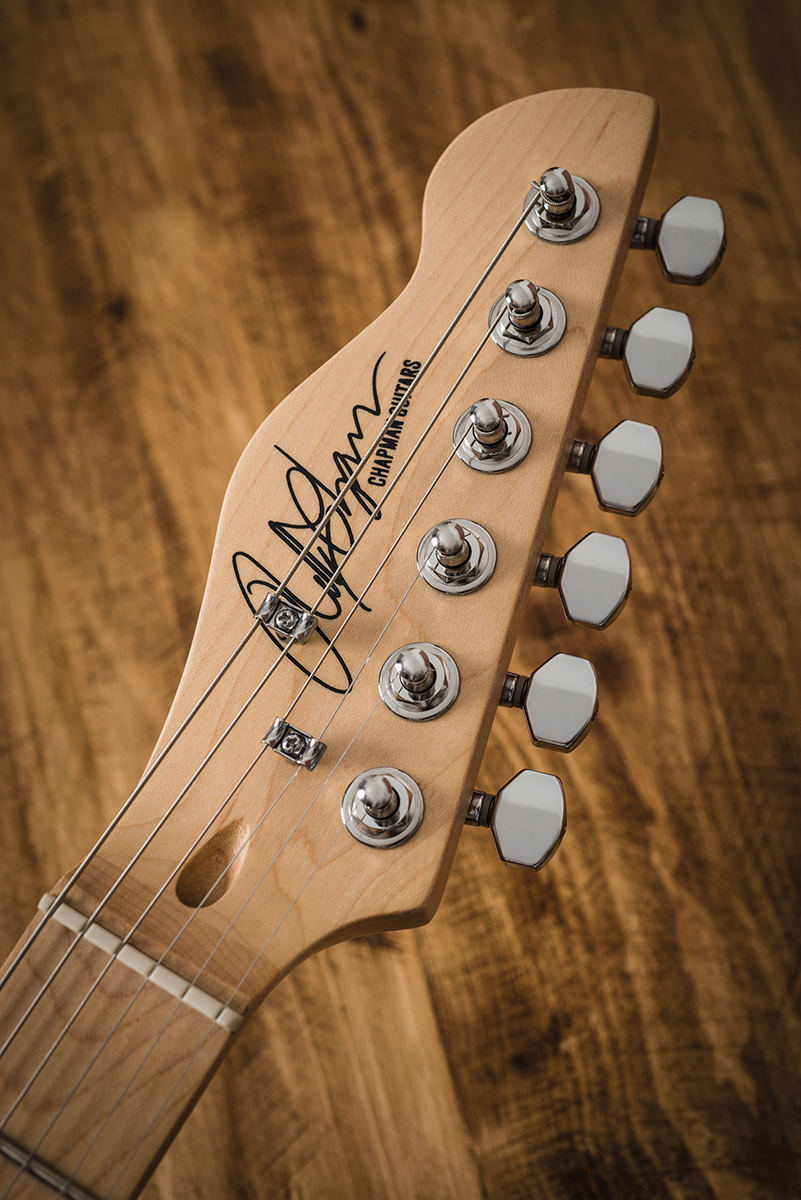 The vibrancy of the high-end response is immediately apparent upon plugging in. Both guitars possess treble not only in spades,

but in clubs, hearts and diamonds as well. If you advocate that the twang is the thang, you’ll be in hog’s heaven.

Thanks to the considerable acoustic volume afforded by its swamp ash body, the ML3 performs like a Tele on steroids – even the high-end attenuation offered by the instrument’s sextet of brass saddles can’t hold back the ML3’s zing. Cleanly, and with a daub of reverb, the high-end really cuts and although its ‘hotter than vintage’ sizzle may be too much for some, our ersatz country licks sound great. Adding a tad more gain obviously adds treble, but the ML3 retains a pleasant, woody girth and we’re confident that modern blues and hot country players will appreciate the quality of the tone.

Even though our hopes that the ML3’s ZZ Top vibe would be translated to its sonics are ultimately dashed (elsewhere in the range, the ML3 Pro Modern’s humbuckers will cure any disappointment) the guitar holds on to its identity at higher gain settings. Big chords are encased in levels of treble that refuse to be ignored and the obvious advantage here is that single- and double-note passages, not to mention solos, have an edge that should cut through anything. 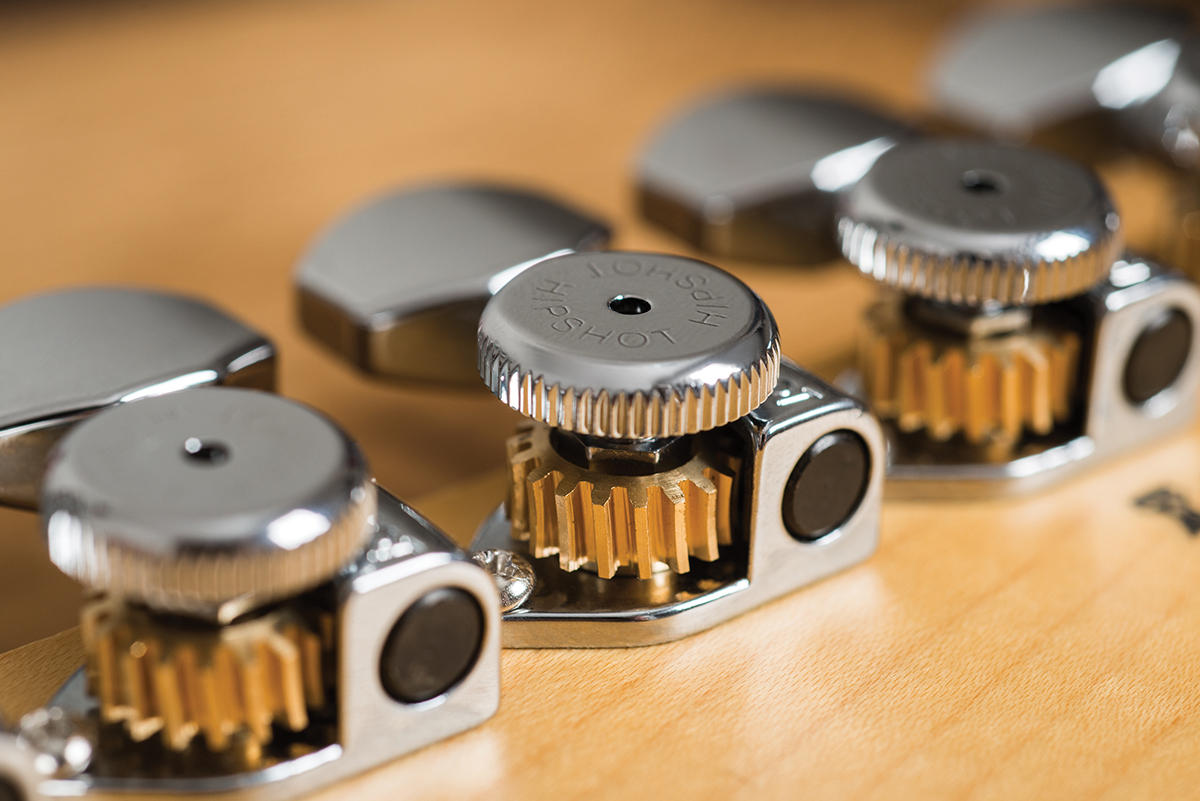 The ML1’s voice is more straight-forward. Both cleanly and with a touch of amp gain, the tone is focussed, bright and in your face, and higher overdrives accentuate the treble yet further. The strings tend to stick in the nut if you make an attempt to go the full Van Halen on the vibrato, but we stop short of breaking out the Nut Sauce or, indeed, a set of our preferred 0.010s. Both guitars are strung 0.009 to 0.042 out of the box – as usual, giving the wires a stretch is a pertinent move.

We should also point out that, although it comes loaded with a trio of single-coils, the ML1 really doesn’t sound as similar to a Stratocaster as you might expect. Don’t get us wrong; the five-way blade selector’s wiring does supply the same tonal bases, but there’s an extended high-end and reduced mids when compared to our reference Fender Classic Player 50s Strat. We don’t consider this a negative: the fact that the ML1 offers tonal alternatives to the archetypal three single-coil solidbody is something of which we absolutely approve.

Although the ML1’s voice is not especially suited to faithfully recreating the huge blues tones of the likes of SRV or Walter Trout, a gnarly fuzzbox slapped in front of the amp imparts an uncompromising lead tone that’d sear faces and melt eardrums: again, it offers something different to the norm. 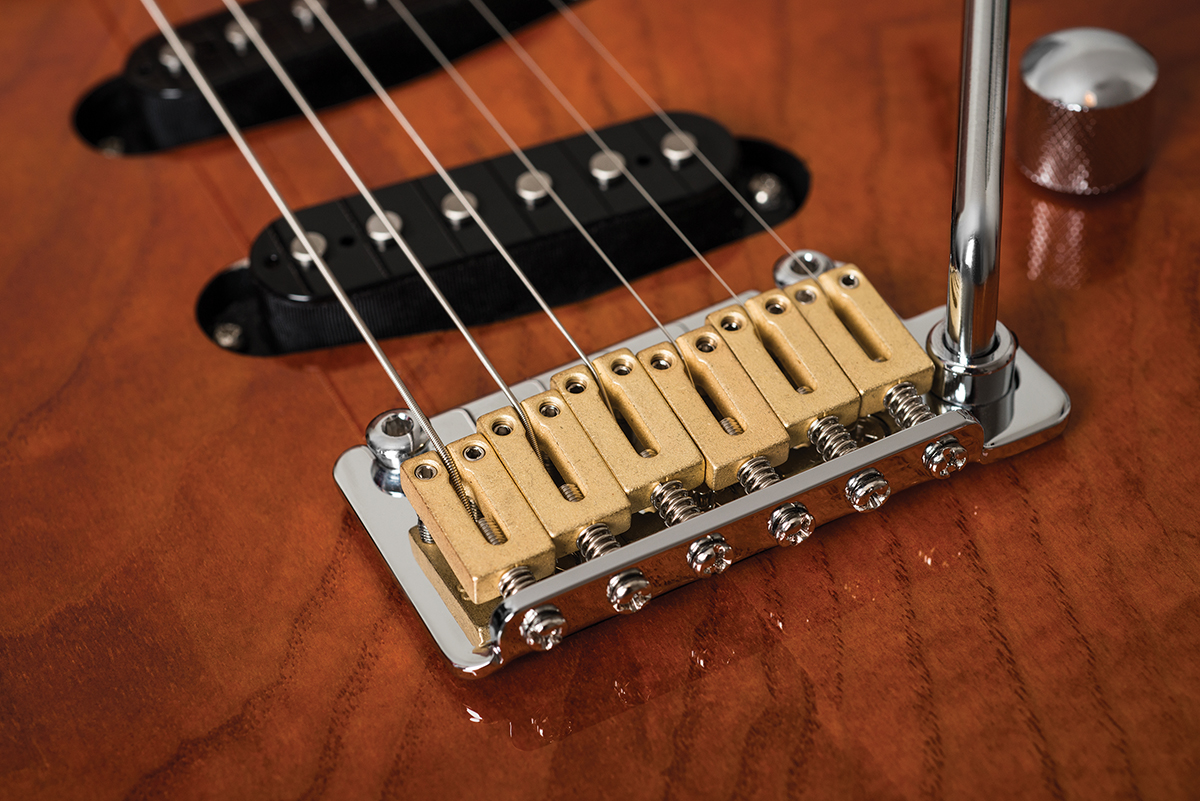 One thing we notice with both guitars is the reduced efficiency of the tone controls when attempting to temper the treble. When seeking to round off sharpness, the tone pots don’t really make any audible difference past a point approximately a third of the way around its rotation. In comparison to our control guitars, the tone goes from a citric zing to muffled with hardly any gradient; food for thought, maybe.

That’s the only gripe, though, and the standard of the satin finishing on both necks, the playability afforded by the rolled edges of the fingerboards, and the build quality as a whole is a true testament to what Chapman Guitars is trying to achieve. Both play beautifully and, with the ML1 coming in at a mere £429 and the ML3 Pro well worth its £769 tag, we’re utterly enamoured. Of the two we’d probably take the ML3, but if the remainder of the range is as good as this, we’re sold. 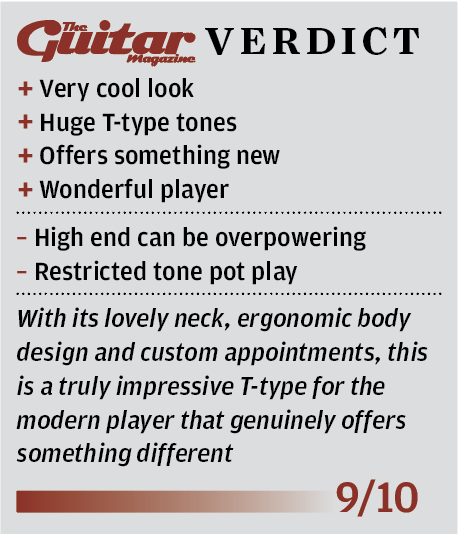 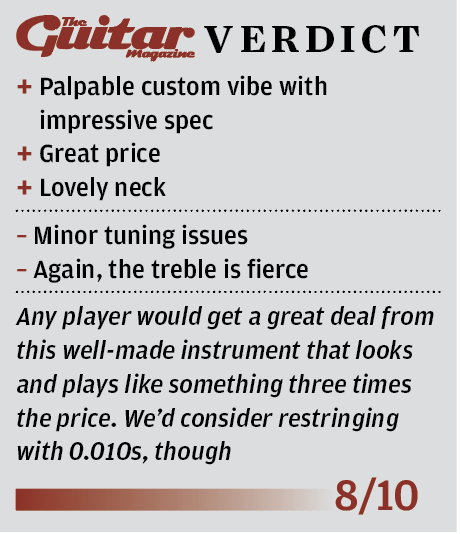