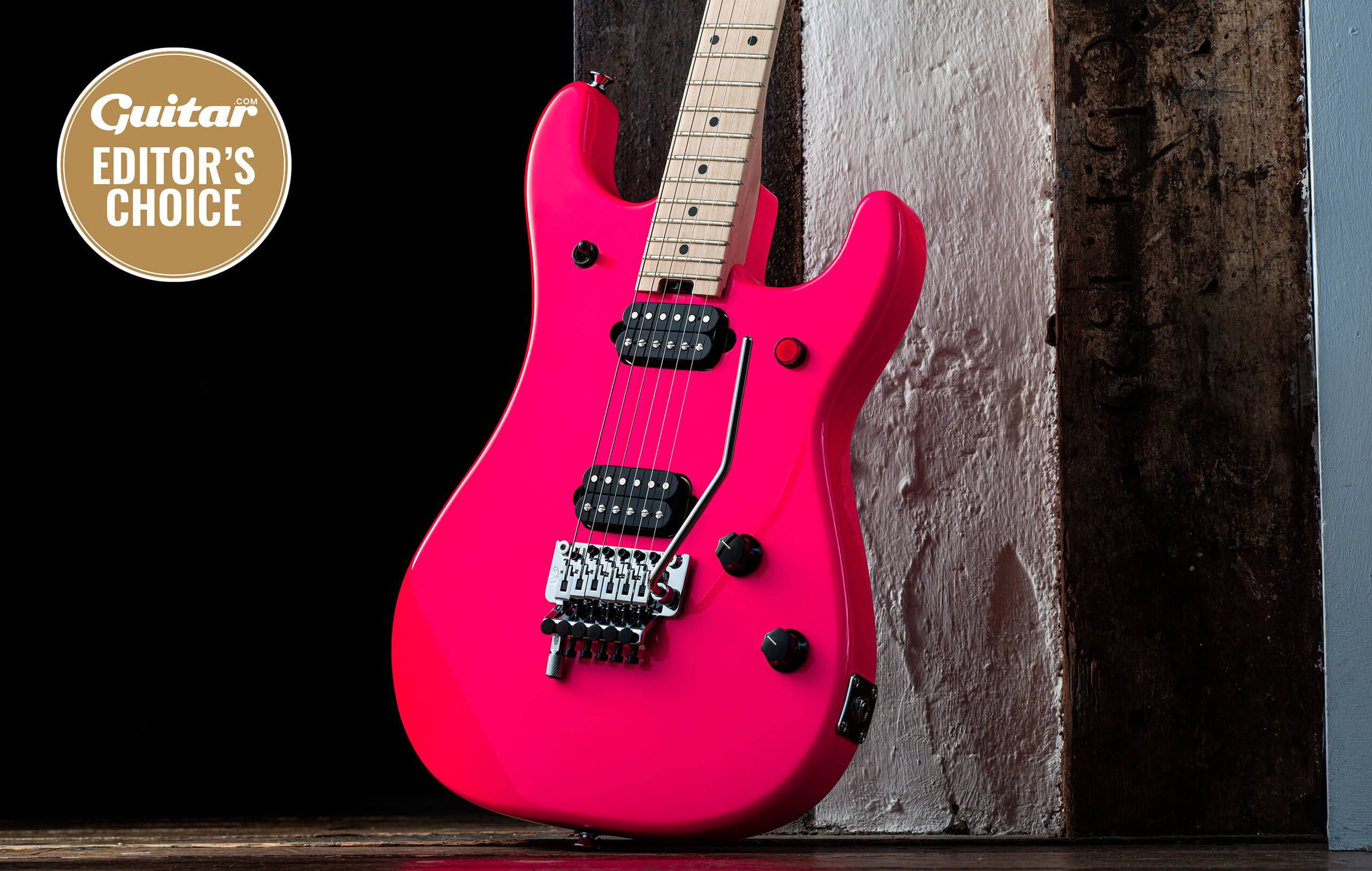 Here’s your ticket back to the 1980s in a Neon Pink time machine.

Eddie Van Halen sadly passed away in October 2020. In addition to his seismic impact on the guitar being universally acknowledged, the line of signature gear he left behind will ensure that his name and legacy will never be forgotten.

Each model in the EVH range represents one of the iconic guitar designs Eddie played during his career. The Standard on test here is a homage to the Kramer he used in the mid-to-late 1980s, albeit with a few modern appointments and design tweaks, including a compound 12-16 inch fingerboard radius and a deeper upper body curve. 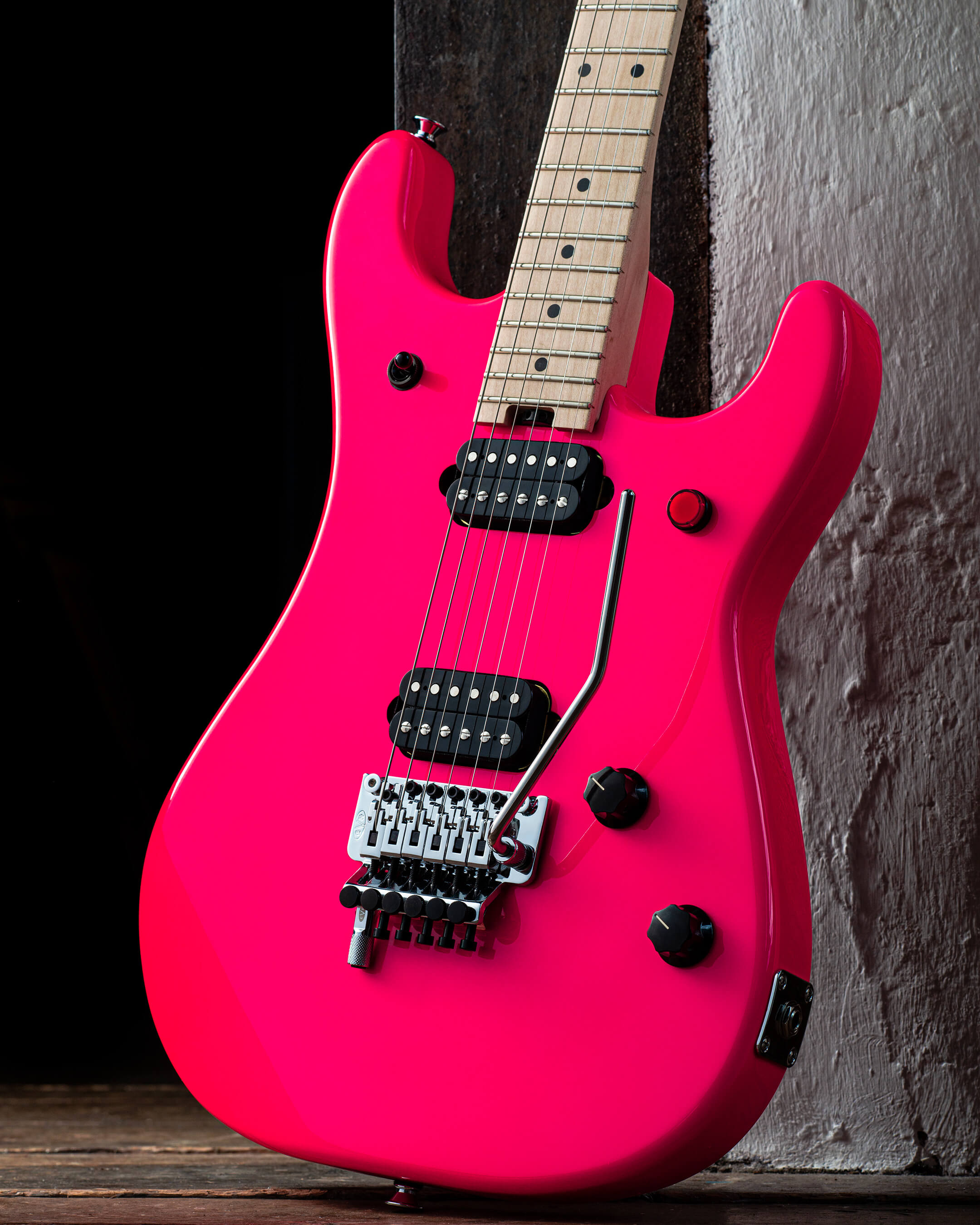 Surprisingly for a guitar in this modest price range, the maple neck is quartersawn and thus less susceptible to shrinkage, with further stability provided by graphite reinforcement. The neck’s C carve is slim with slightly flat shoulders, which ensure support for our either side of our fretting hand. The hand-rubbed satin urethane finish and softened fretboard edges, meanwhile, add to the welcoming feel.

A Floyd Rose is a mandatory appointment on Eddie’s guitars, likewise the EVH-patented D-Tuna, which facilitates quick drop-D tuning and is achievable due to the vibrato being set with no uplift. 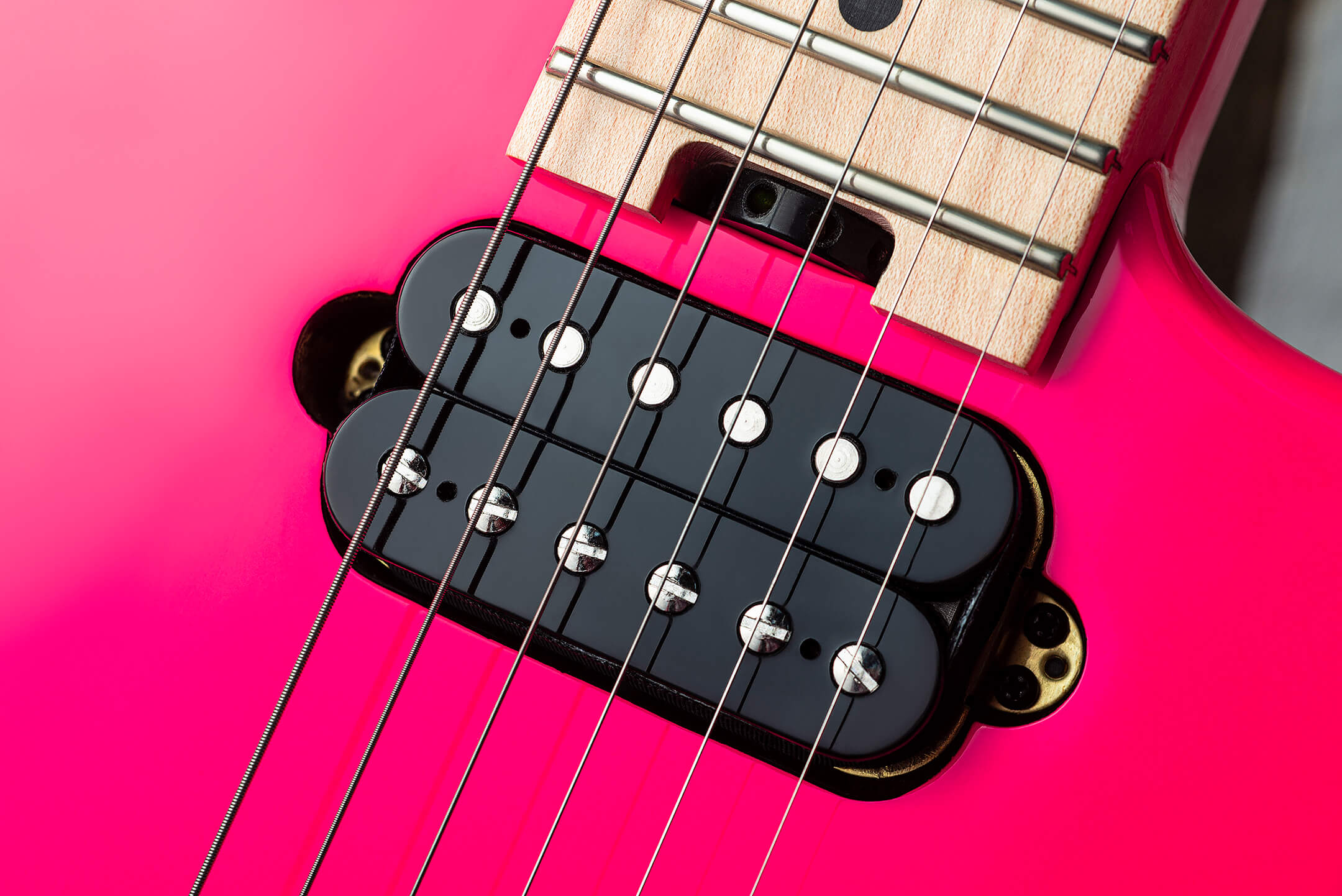 Installing our preferred brand and gauge of strings serves as painful reminder of how long it can take to tune and correctly set-up a Floyd Rose vibrato, even when it isn’t floating. However, once we start dive-bombing like it’s 1986 and marvel at the perfect return to pitch every time, it’s a reminder that, for tuning stability alone, the double-locking Floyd Rose system remains king of the whammies.

The nifty killswitch button on the lower bout unleashes our inner Tom Morello and its location proves far more practical in use than many others. Pickup selection, meanwhile, is achieved via a straightforward three-way toggle switch situated on the upper bout. Like many other greats, Eddie augmented his palette of tones with judicious use of the volume control, and to that end a fast, low-friction Bourns volume pot has been provided. The tone control, meanwhile, is a high-friction unit designed to remain in place even if nudged accidentally. 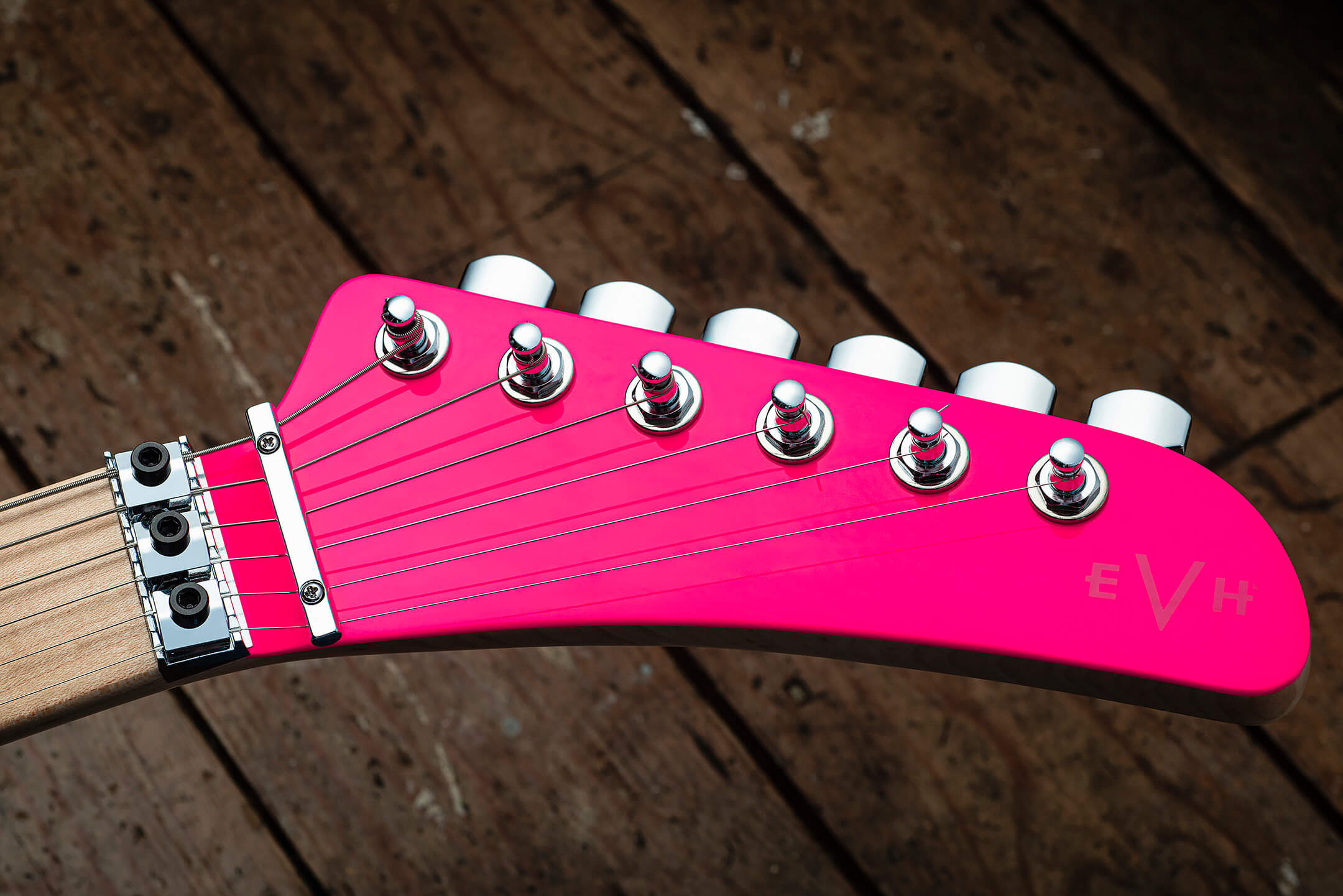 Plugged in, the EVH Wolfgang Alnico 2 bridge pickup delivers everything we’d expect. Though our souped-up Plexi, it’s punchy and mid-rich and doesn’t over-saturate the front-end of the amplifier. Though it’s perhaps lacking a little in sonic articulation, it still cleans up well, and once effects are added we are comfortably in Eruption territory. The neck unit retains plenty of midrange, offering a usable rhythm sound in addition to creamy lead.

While the EVH Striped series is reserved for uber-fans and tribute acts, the Standard line is aimed at those that simply want a balls-to-the-wall rock guitar. And we are not disappointed. The 5150 Series Standard is a super-slick and very well built shredder’s guitar, but most of all it’s fun to play – the consummate 1980s rock machine. Make you sure you have the chops, though, because this Neon Pink finish is going to get you noticed!