Although a new Standard line with vintage stylings is on its way, these ‘transitional’ 2019 Gibsons are in stores now. Should you buy now, or hold tight? 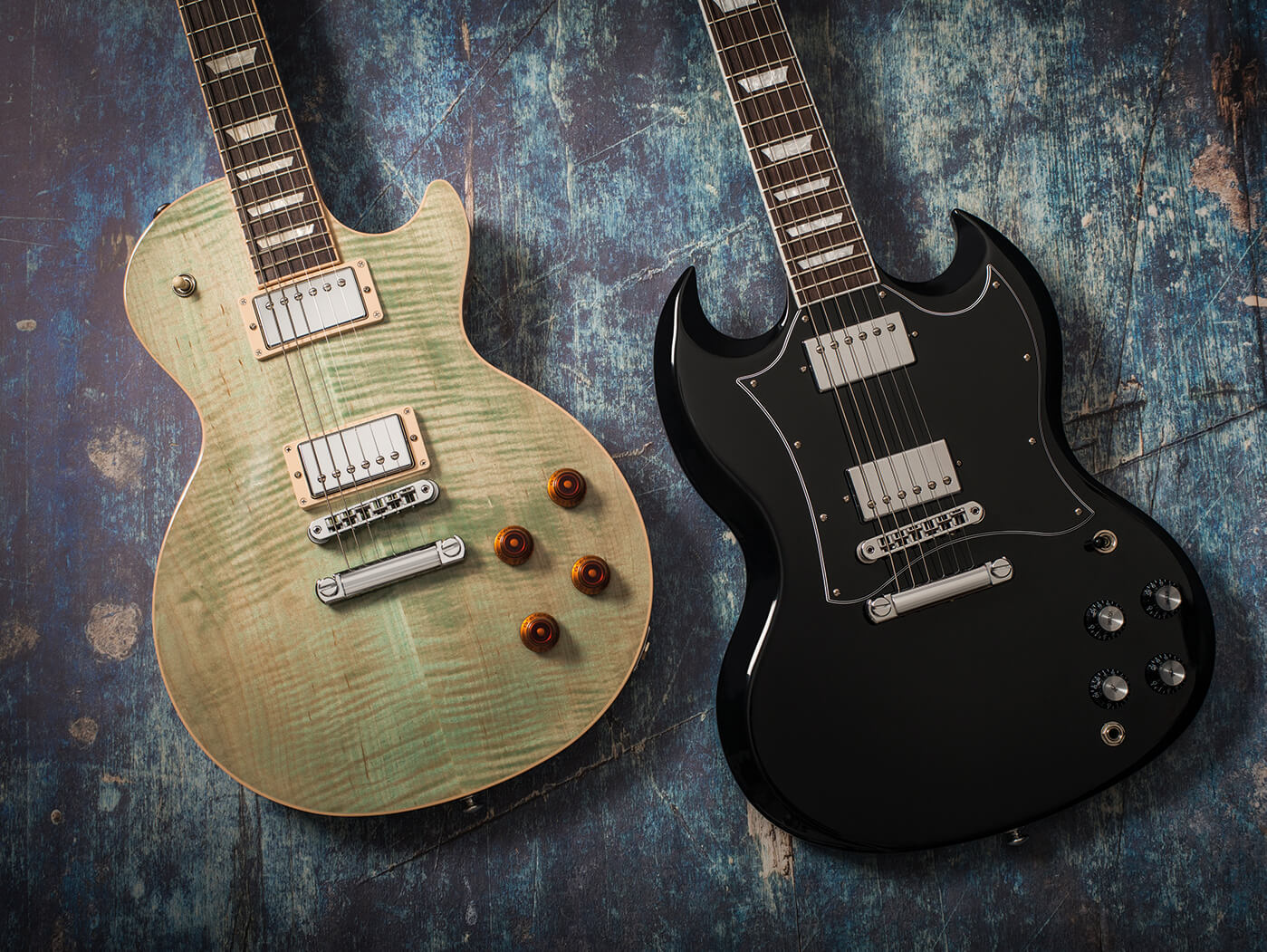 In recent years, Gibson’s ‘Standard’ electric guitars have raised eyebrows worldwide – by being anything but. However, with JC Curleigh at the helm, the era of motorised tuners, zero frets and built-in effects seems to be over.

Winter NAMM saw the company unveil an array of models harking back to simpler times, but what about the 2019 model year guitars launched back in September 2018? For the time being, you can still buy them, but our review guitars might not be around for long. Is it a case of grab ’em while you can? Let’s find out…

There’s little to distinguish the SG Standard from its mid-2000s incarnation. The only significant difference we notice is larger-than-usual strap buttons – a sensible choice on an instrument that can suffer from neck dive. It’s nicely made, with a nitrocellulose finish that’s thin enough to sink into the grain of the mahogany body and neck, and very neat fret nibs. The pearly acrylic inlays on the headstock and rosewood fingerboard are precisely done, although the ’board looks and feels a little drier and rougher than some. The mid-60s-style neck profile has sufficient bulk to get a good grip, but it’s slimmer than a 50s profile. Squarer shoulders feel appropriate on this guitar. With no fancy switching options, you get a pair of straight-ahead humbuckers – a 490R in the neck and a 490T in the bridge. So far, so understated.

In marked contrast, seen here resplendent in a see-through Seafoam Green finish, the 2019 Les Paul Standard is an eye-catching devil. Beneath the figured maple cap, there’s a one-piece mahogany body with Gibson’s Ultra Modern weight relief. This is similar to Gibson’s Modern pattern, but some of the internal recesses are cut a little larger. This results in a relatively lightweight Les Paul and player comfort is also thoughtfully tended to, thanks to an asymmetrical slim-taper neck profile and a compound-radius rosewood fingerboard. Again, the larger strap buttons help with the strapped-on stability.

Like the SG Standard, this guitar has an aluminium Nashville Tune-o-matic and stopbar tailpiece. Unlike the SG’s regular Grover kidney-buttoned Rotomatic tuners, the Les Paul has locking Rotomatics with tulip-shaped buttons. The specs are high, although we’re not fans of the dark amber control knobs and we hope that Gibson will eventually exhaust stocks of tangerine-tinted binding in time for the forthcoming 50s- and 60s-spec Les Paul Standards. 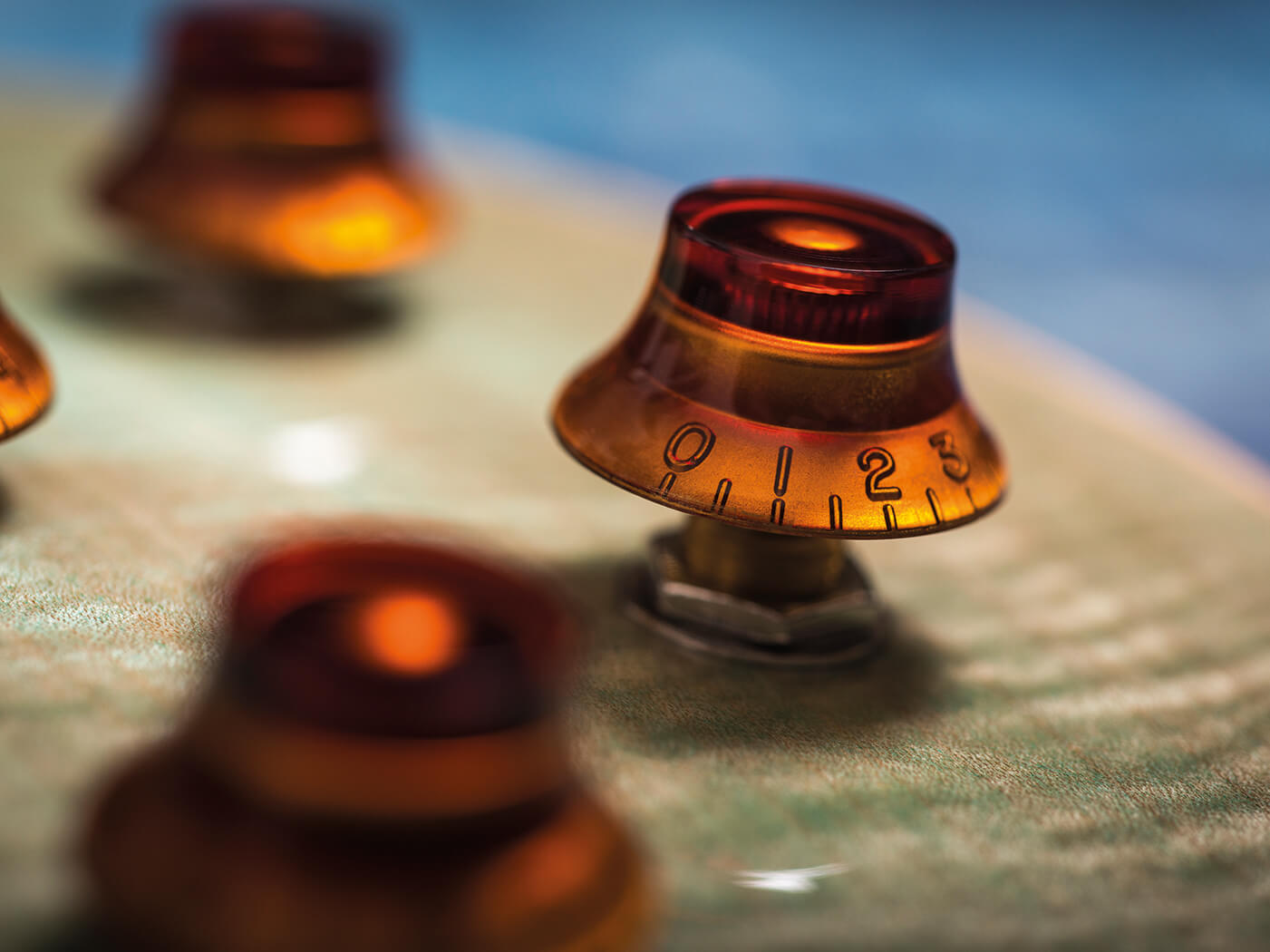 Though the Les Paul looks straightforward from a wiring perspective, there’s a lot more going on under the hood. Helpfully, there’s a sticker with instructions for setting the HP-4 High Performance Circuit’s five internal DIP switches on the control-cavity cover. The first two DIP switches tap or split the two Burstbucker pickups and this function is tied to the CTS push/pull volume-control pots. Switches three and four take high pass filters out of circuit, while switch five activates ‘transient suppression’. All three are set inside the cavity and can’t be activated/deactivated externally.

Both tone controls are also push/pull pots. Pulling up the neck tone control puts the combined pickups out of phase, while doing so with the bridge tone control selects outer or inner coils when the pickups are split.

The SG’s lightness and easy action combine with natural sustain and harmonic richness in unplugged mode, yet when we plug in, it feels like the stock pickups inhibit those appealing acoustic properties. Despite some harshness, we’re able to get closer to the thick and sustaining crunch tones we associate with SGs by adjusting pickup heights and polepieces and using different amps, but we can’t get this SG to really sing. 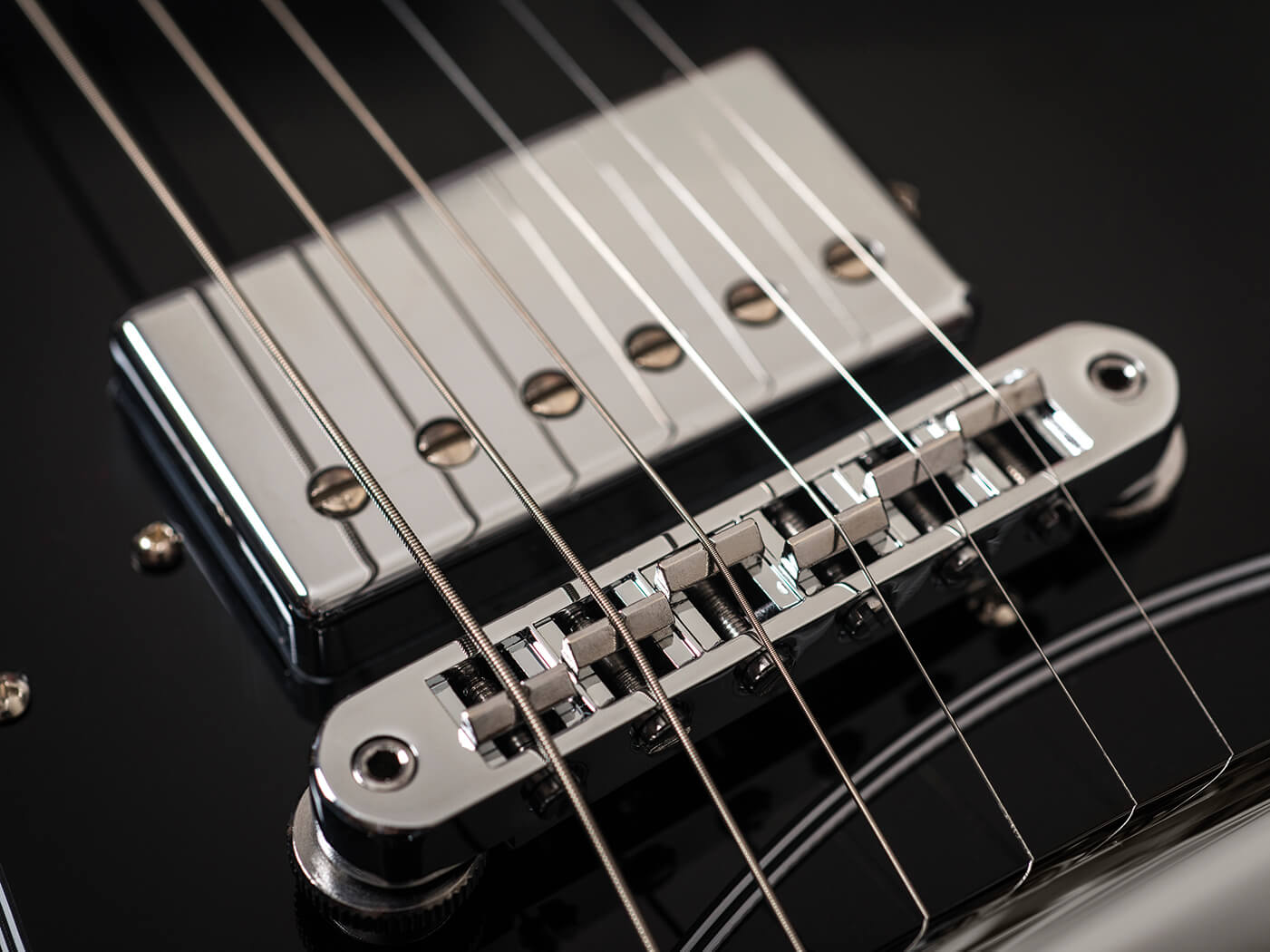 The bridge ends up sounding pretty decent, especially for powerchords, but there’s something slightly percussive and offputting about the neck setting that we can’t quite remedy. That said, aside from the pickups, by keeping things simple, Gibson hasn’t put a foot wrong with this SG. It’s fun, well made, and better humbuckers would bring it to life.

Moving on to the Les Paul, this is a fine guitar of its type with a clear but meaty sound, plenty of tonal range and a nice balance between the pickups. All the usual modern Les Paul Standard voices are there, from woody jazz to a hint of country quack, rich powerchords and sustaining solos. Plus, the switching options take us down roads less travelled… 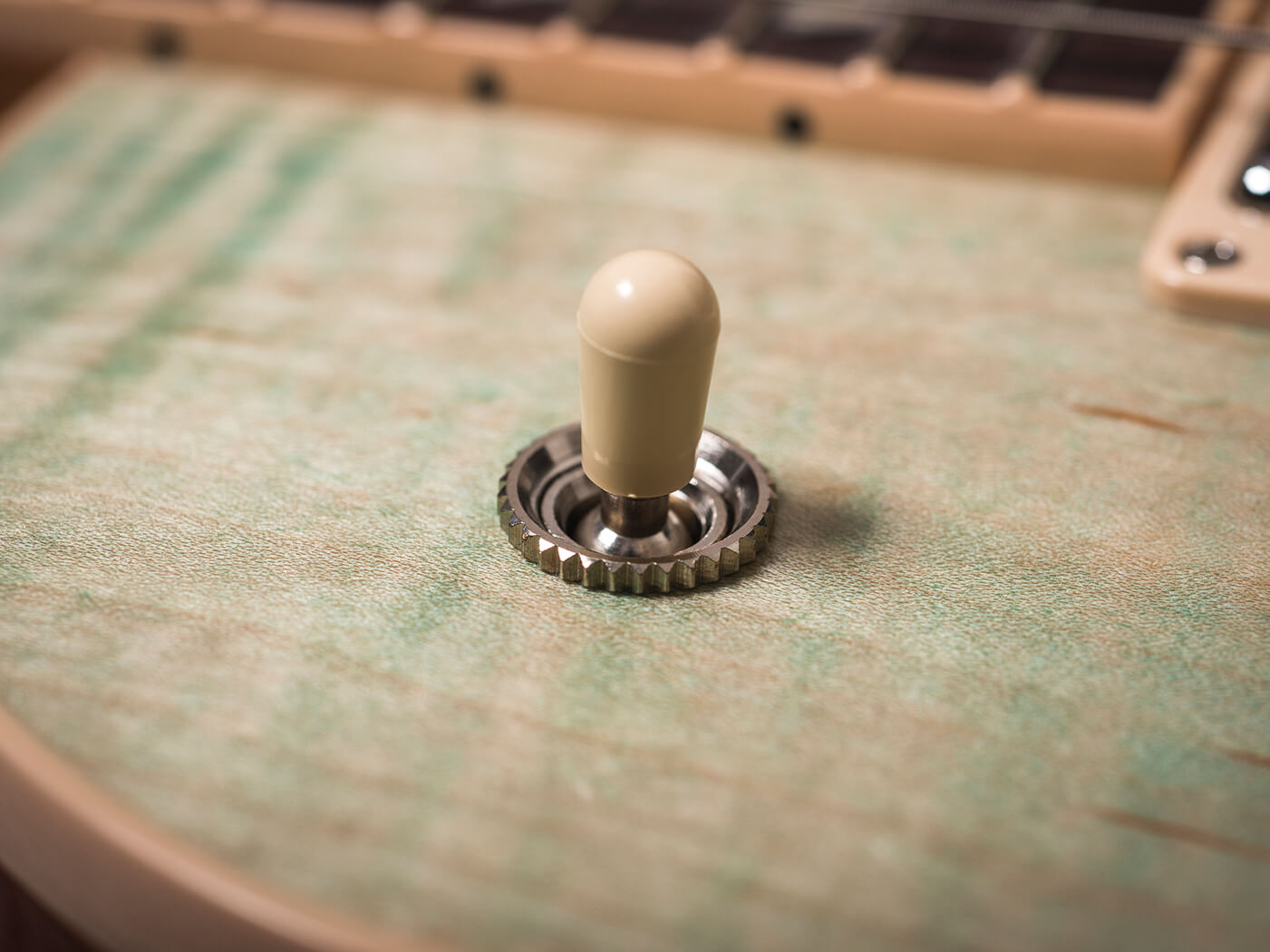 Let’s distinguish between tapping and splitting. Tapping takes the signal from a point earlier in the coil winding. Since fewer windings equate to lower output, it can make a hot pickup sound more akin to a vintage unit. That’s the case here, as the tapped tones are less heavy in the bass and midrange, and a little more transparent and articulate.

Splitting a humbucker disengages one coil, effectively turning it into a single-coil pickup. We find this works best with very hot humbuckers, because each coil has sufficient windings to sound decent when the split is activated. Since Burstbuckers only really occupy the hotter end of the vintage spectrum, the split setting here merely sounds like an underpowered single coil.

‘High pass filters’ appears to be Gibson’s description of treble bleed capacitors. Activating the filters maintains treble response as the volume controls are turned down – we also detect a slightly higher output level. It’s a cool feature and we’d choose to keep it engaged. 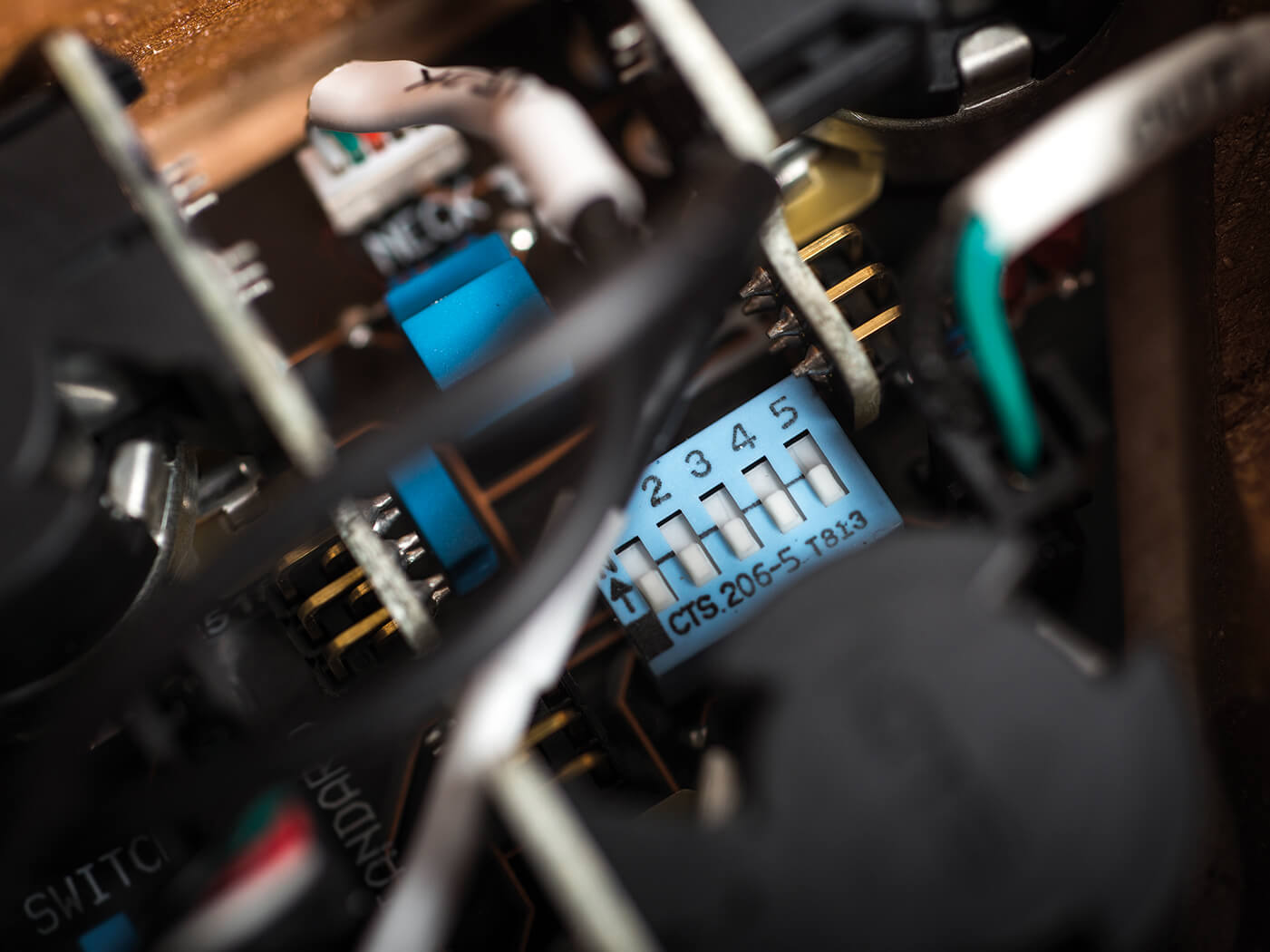 T-Bone Walker and Peter Green have helped ensure an out-of-phase middle setting is popular with many Gibson players and This Les Paul delivers that trademark honky hollowness. The transient-suppression function is supposed to be used for player-friendly dynamics when recording through a DI; through an amp, the guitar’s response sounds very slightly subdued.

The best thing about push/pulls and DIP switches is that you can set and forget, or simply ignore them. The out-of-phase mode is a nice option and the taps produce decent tones, but we find the coil-split and transient-suppression features less appealing. However, this is a well made and nicely finished Les Paul that sounds excellent, even without all the extras.