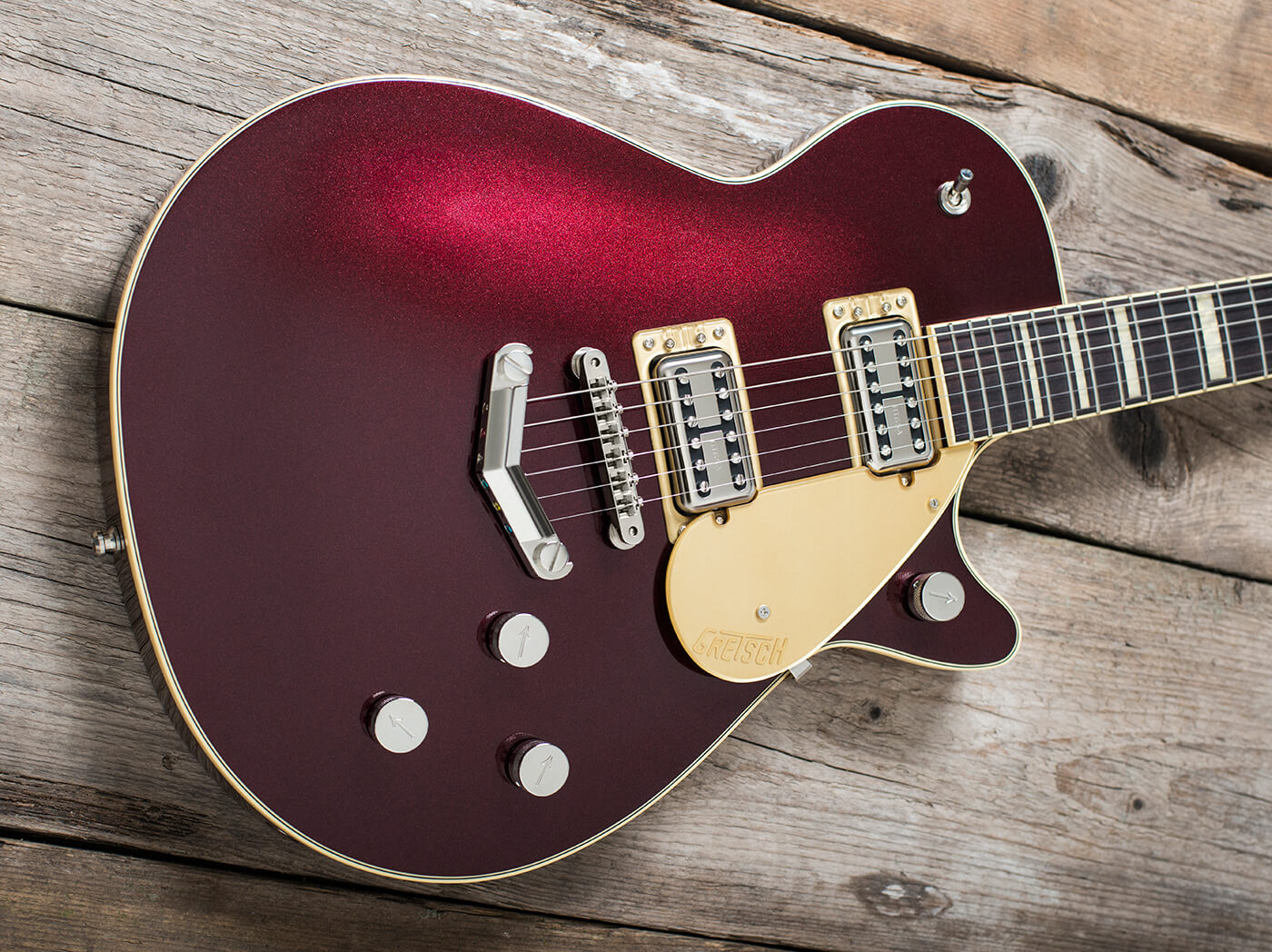 All that’s great about small-bodied Gretsches, with more power and stability

There are aspects of vintage Gretsch guitars that look better than they perform. While there are vintage die-hards who will merely shrug and pull their floating bridge back into position after hitting a powerchord or retune after string bends and Bigsby slurs, in the real world, pragmatism prevails. If you check out the specifications of vintage Gretsch guitars that are actually being used by professional musicians, you’ll notice that changed tuners and bridges, along with modified controls, are commonplace. 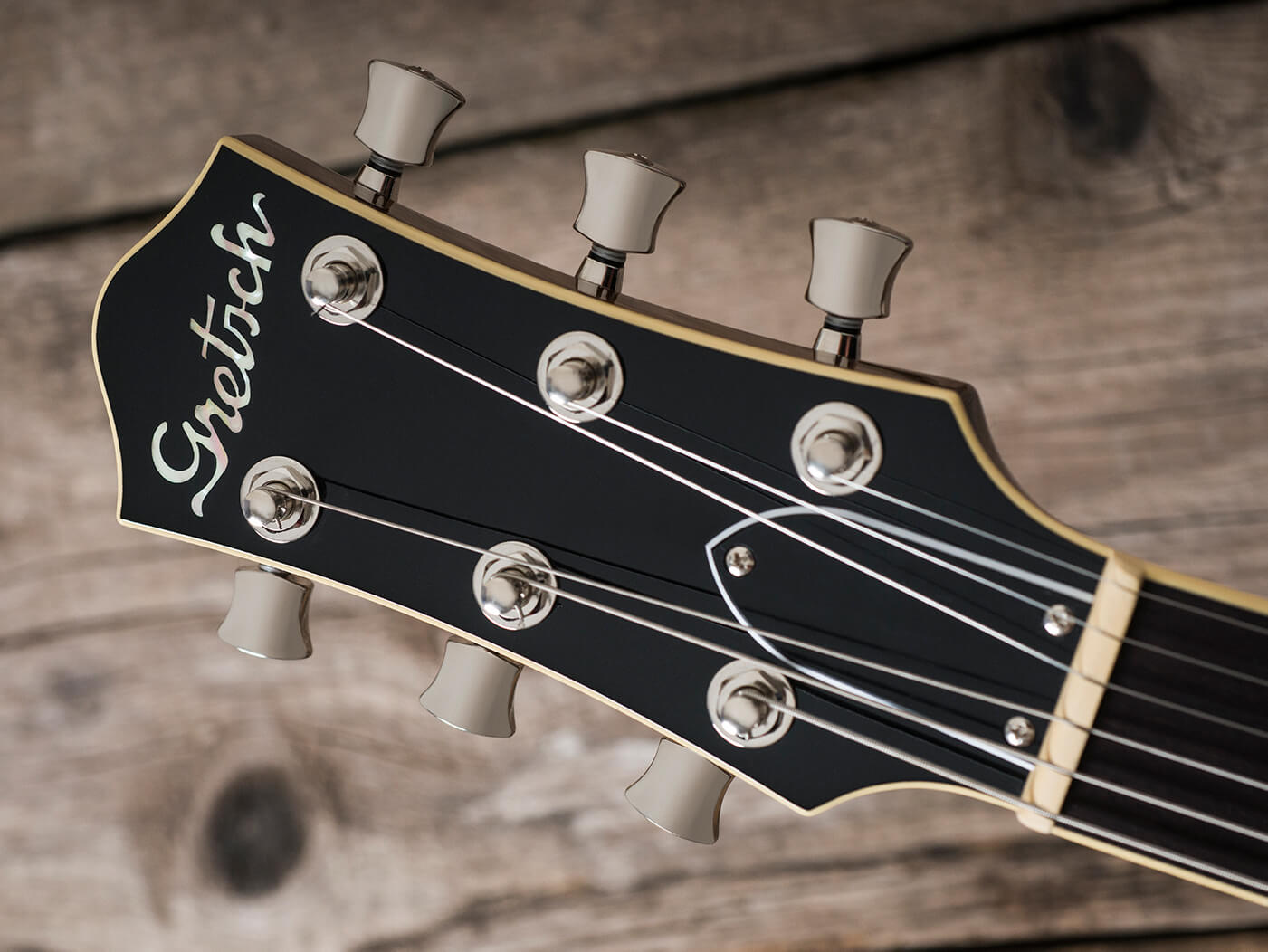 Happily, Gretsch has become adept at mixing and matching vintage and contemporary features. Since 2016, even the company’s Vintage Select reissue models have been engineered with stealthy mods enhancing their practicality, such as pinned bridges, usable tone switches and high-quality open-gear tuners. Debuting the same year, Players Edition hollowbodies took things a step further away from the old, while 2018 saw the Players Edition treatment rolled out to include new Jets.

It’s thought Gretsch introduced the original 6128 Duo Jet in response to Gibson’s Les Paul. Since it debuted in 1953, that’s almost certainly true, but it has given rise to the common misconception that the Jet was Gretsch’s attempt at a solidbody. The truth is different, and far more interesting.

By departing so far from tried-and-tested formulas, Gibson made some fundamental errors with the earliest Les Pauls. Gretsch however, stayed closer to its established practices and worked out how to make a compact archtop. Duo Jets originally had chambered mahogany bodies with laminated maple tops: this G6228 is no different. 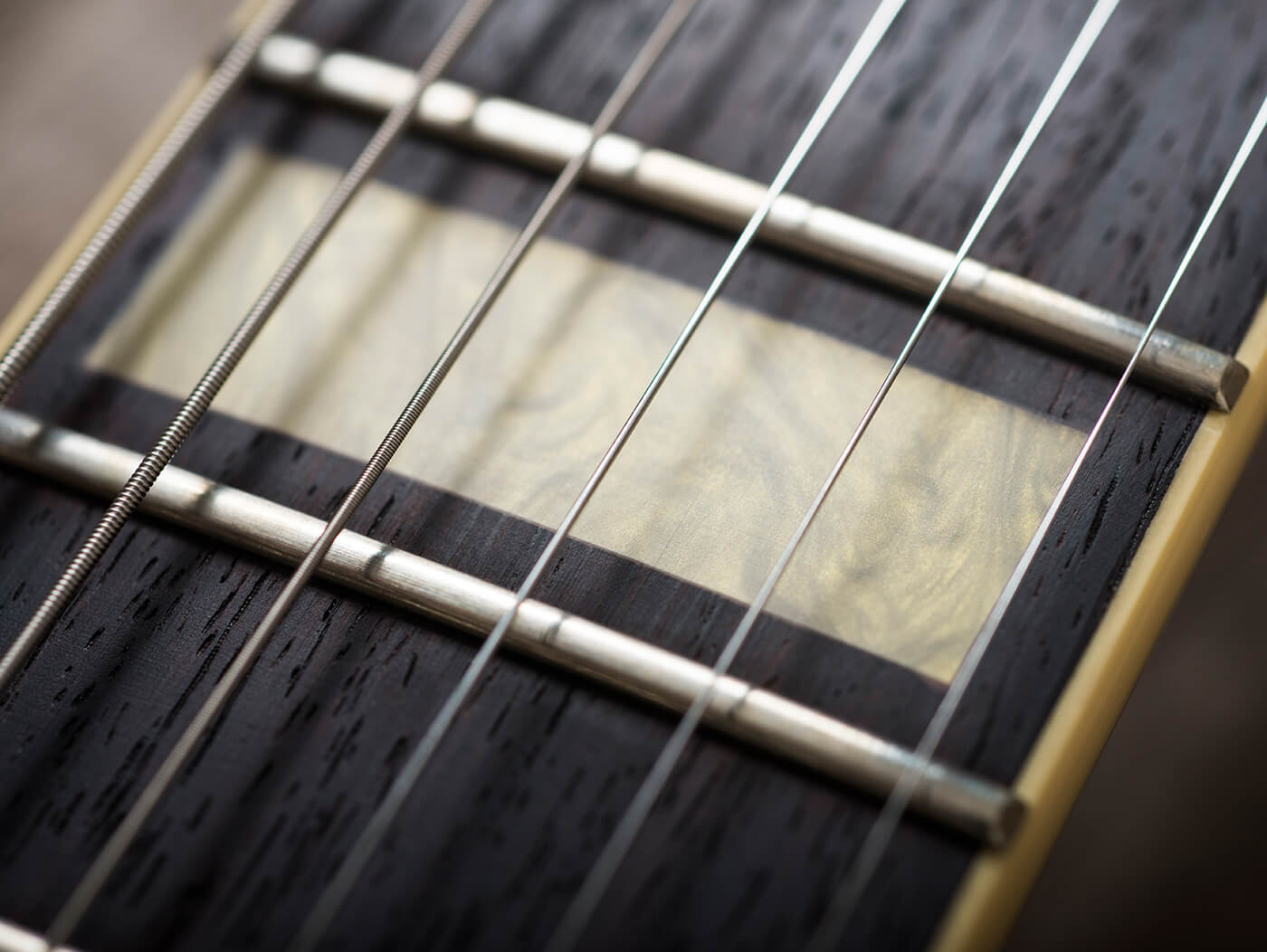 In contrast to the earliest Les Pauls, the first production run of Duo Jets is the most collectable. They’re distinguished by the earlier ‘script’ headstock logo, which we’re pleased to see on this guitar’s bound peghead, along with the early bullet-style trussrod cover. The G6228 also has vintage-style pearl-block inlays along its bound rosewood fingerboard, plus a vintage-style control layout with individual volume controls, master volume and tone. 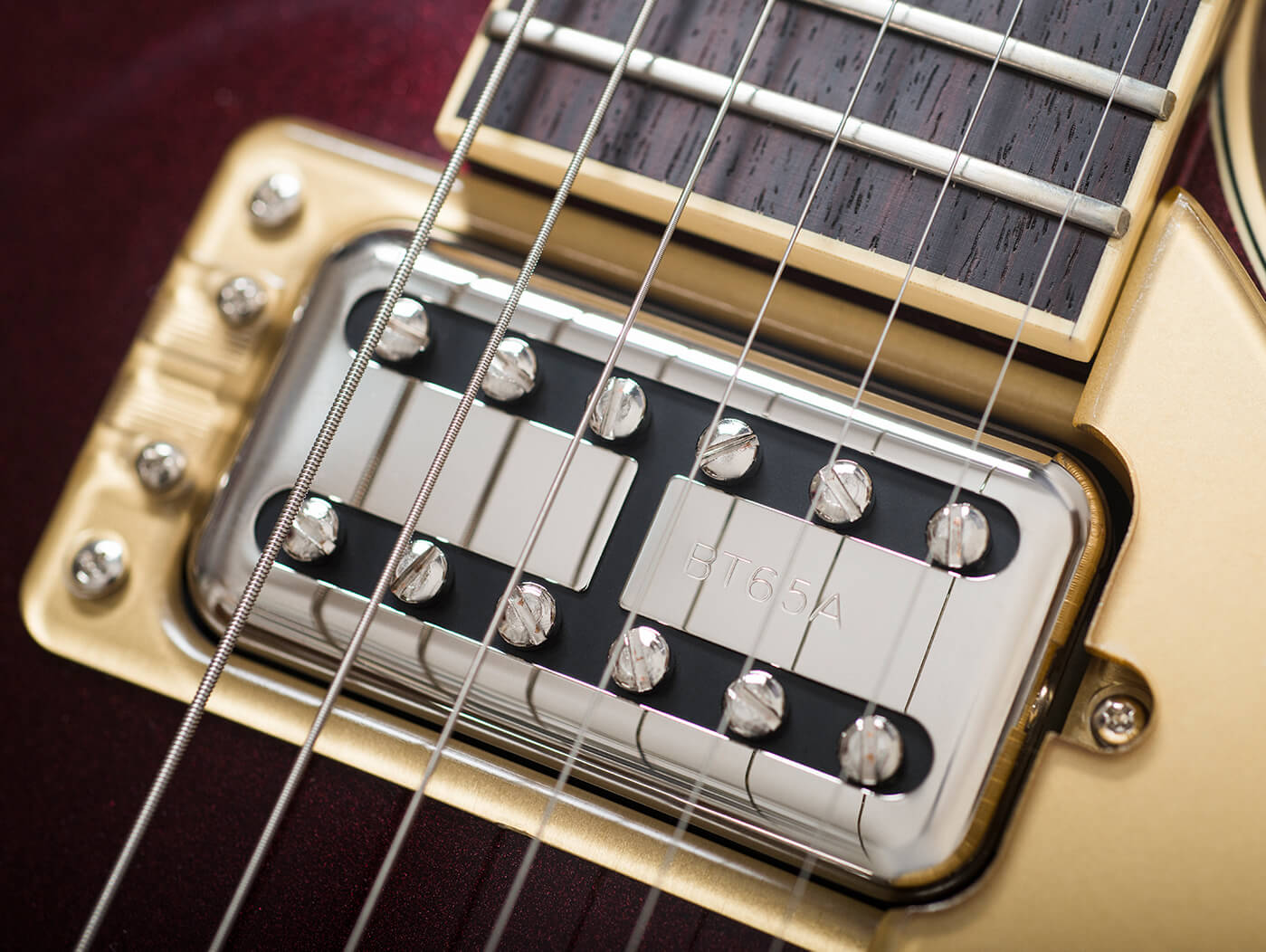 So much for the vintage stuff, what’s different about this model? Gretsch students will no doubt spot the apparent mashup of the early 50s features mentioned above with late-50s-style pickups and pickguard. But look closer and you’ll see that these are no ordinary Filter’Trons – they are Broad’Tron BT65s designed by Tim Shaw, who reverse-engineered vintage PAFs for Gibson to create some very highly regarded replicas in the pre-boutique era, and has worked for Fender in recent years. 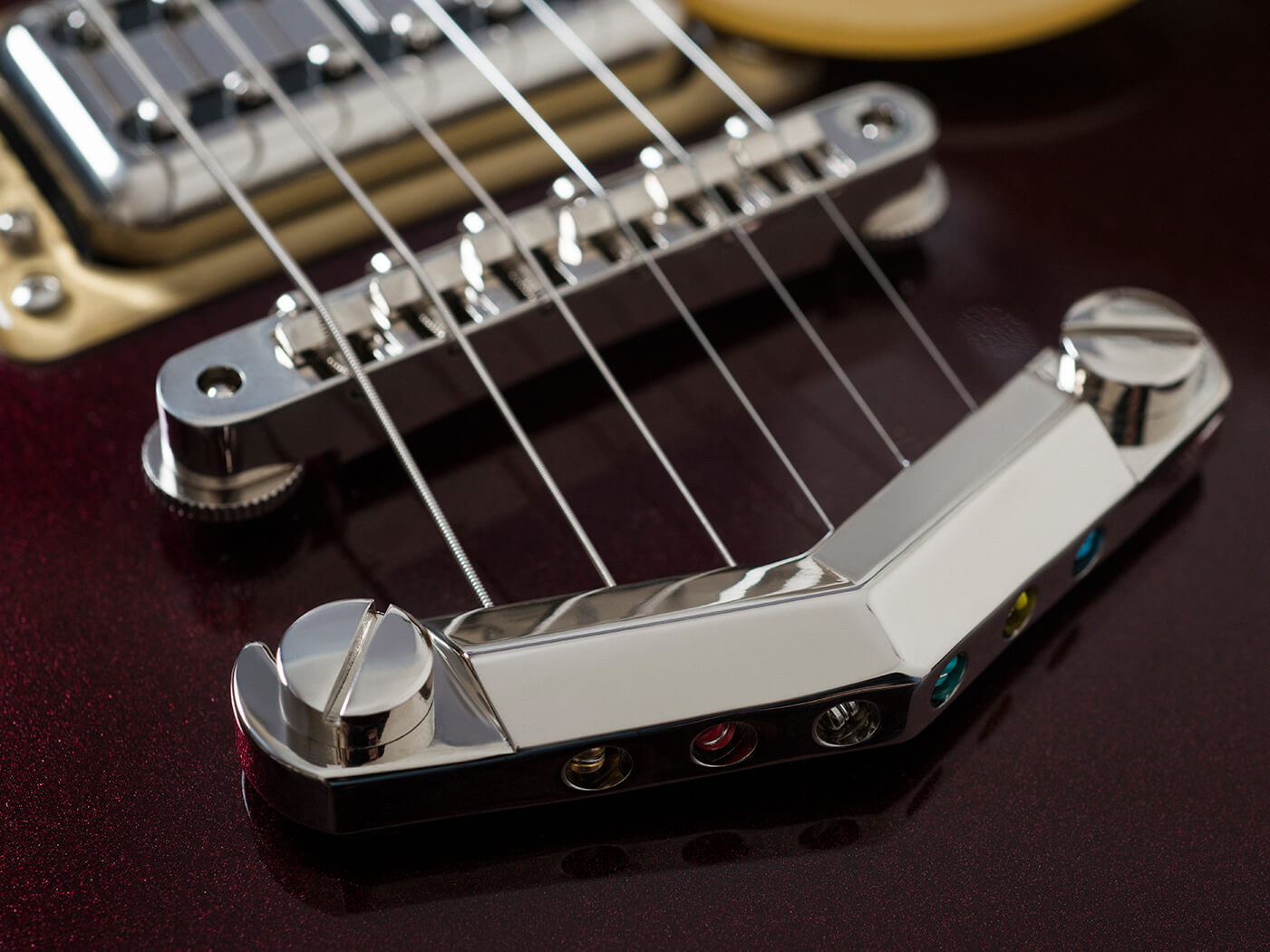 The pickups here are about the same size as regular PAF-style humbuckers: around 4mm wider than Filter’Trons. Although the Duo Jet’s similarity to a Les Paul never extended far beyond the body shape, this version comes a little closer than most. The tailpiece, along with the Melita and Space Control bridges of old, is replaced by Gretsch’s ‘anchored’ Adjusto-Matic and a V-shaped stoptail. The latter is a clever nod to the tailpiece design of the White Falcon, but functions just like a regular stoptail while enhancing the G6228’s distinctiveness.

Flipping the guitar over, we see a set of Gotoh locking tuners and a more rounded body edge at the heel end of the cutaway. The rollover radius graduates from about a 10th of an inch to half an inch – subtle, but a big improvement to player comfort and upper-fret access.

Because there’s little about the unplugged tone to suggest otherwise, it’s entirely possible that people once assumed Duo Jets were solidbody guitars. This example is certainly louder than a Les Paul acoustically, with ample chime and a deep resonance, but the long sustain and even decay are closer to a bona-fide solidbody than a jazzbox with open f-holes – the best of both worlds.

The medium-depth C profile neck will please vintage fans and contemporary guitar players alike. The fretwire strikes a balance between skinny old-school and modern jumbo, and yet there’s nothing blandly generic about the G6228’s playing feel.

The controls are easy enough to navigate and the slight notch at the top of the tone control indicates this is a no-load pot. It’s a smart addition, because this emulates the bypass position of the late-50s ‘mud’ switch, plus you can exploit the full range of the control, early 50s style. 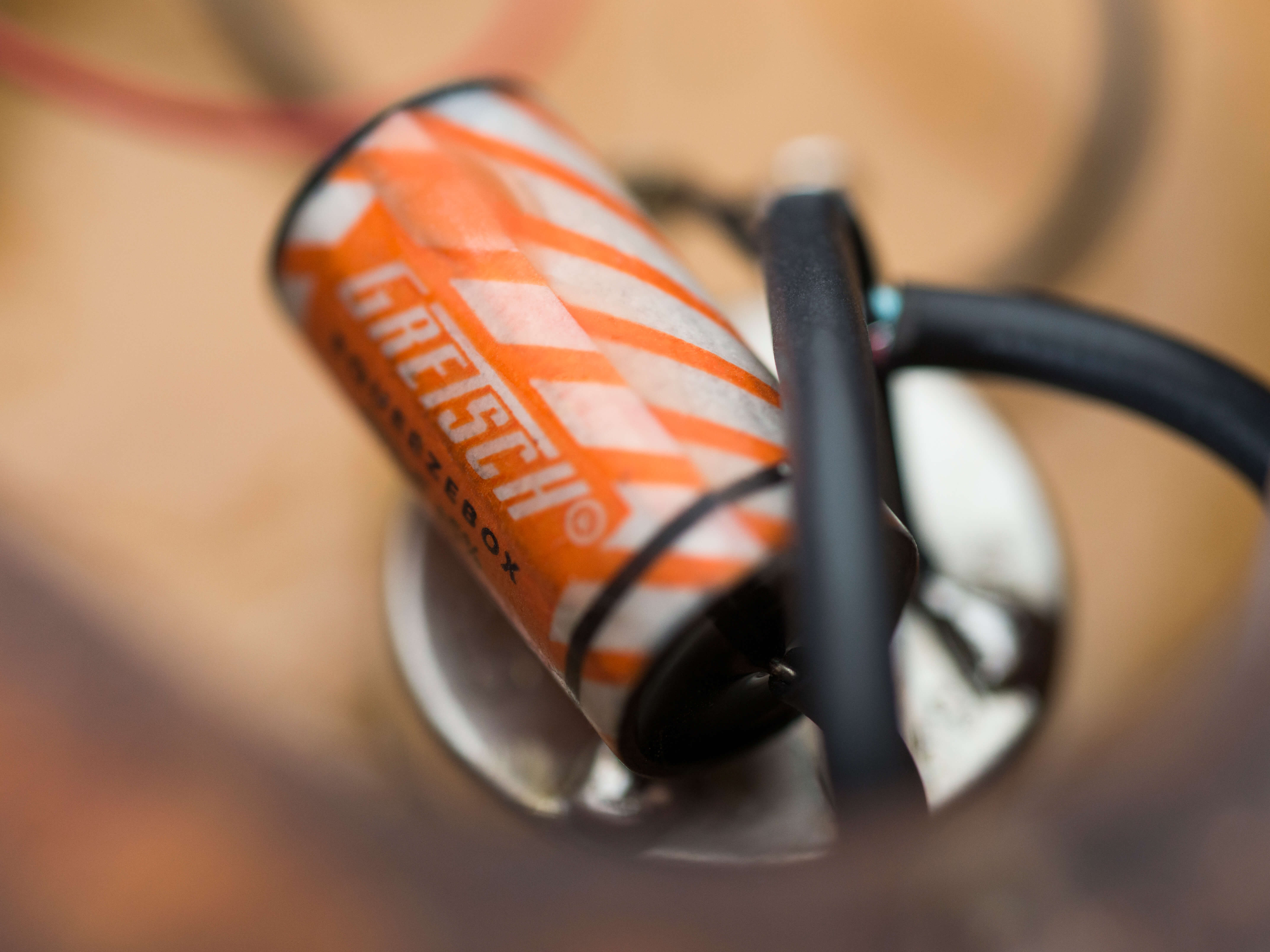 The Broad’Trons, compared to a set of vintage Filter’Trons in our own 6120 conversion, offer a slightly fuller midrange with a higher output level. There’s no cost to clarity for the increase in power and there’s no shortage of upper harmonics – particularly with the tone control in no-load mode. The poke is sufficient to overdrive an amp, but there’s also a vocal quality to the mids that is identifiably Filter’Tron in nature.

If you like a bit of grunt and grit to go with your country twang and rockabilly picking, the Broad’Trons certainly deliver. And if you appreciate chime and clear note separation with overdriven power chords, you get that, too. You can also coax a vintage quack from the bridge, dial in woodier bluesy jazz tones on the neck and notch back the neck volume to accentuate phasiness in the middle setting.

In essence, this Players Edition Jet combines early 50s looks and beefed-up late-50s tone with the solidity and stability that contemporary players demand.