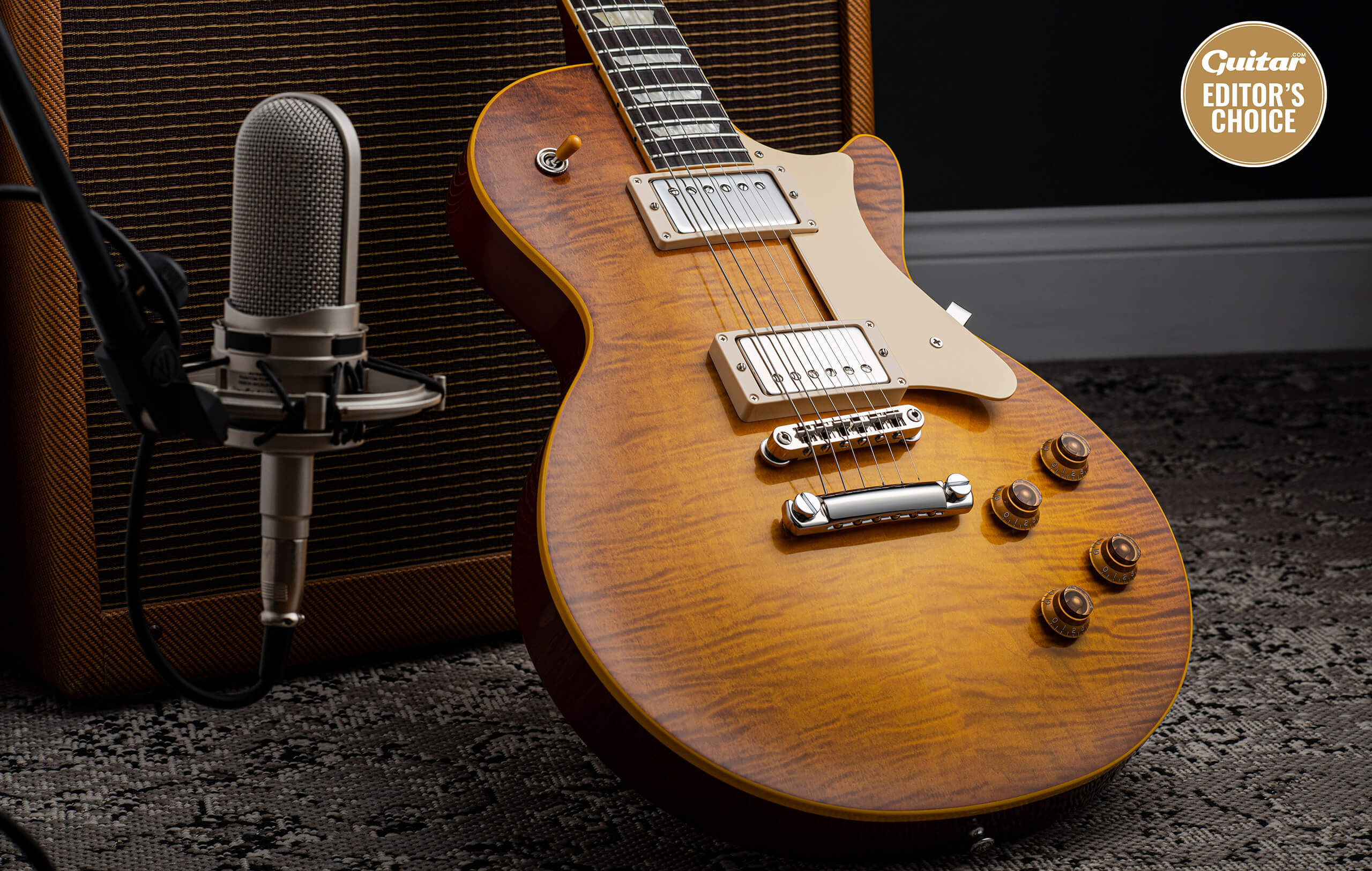 Could this Custom Shop incarnation of the Heritage H-150 be the Kalamazoo brand’s finest solidbody to date?

Even set against the bizarre backdrop of the tail-end of Henry Juszkiewicz’s reign at Gibson, there was widespread astonishment in the guitar world when in 2017 the Nashville company parted ways with the internationally respected Edwin Wilson after 28 years of loyal service. As Gibson Custom’s Historic Program Manager, Wilson masterminded both the Collector’s Choice and True Historic lines, and there aren’t many people in the business who know more about Les Pauls or how to manufacture them.

In his new role as Head of Guitar R&D at Heritage, Wilson has applied his expertise to guitars built at 225 Parsons Street in Kalamazoo, Michigan – the site of the golden-era Gibson factory, where Heritage was established in 1985 by former Gibson employees who didn’t wish to relocate to Tennessee when the company moved its operation to the South. In the interests of full disclosure, the Heritage brand has a global sales and marketing partnership with BandLab Technologies, which also owns Guitar.com and Guitar Magazine. 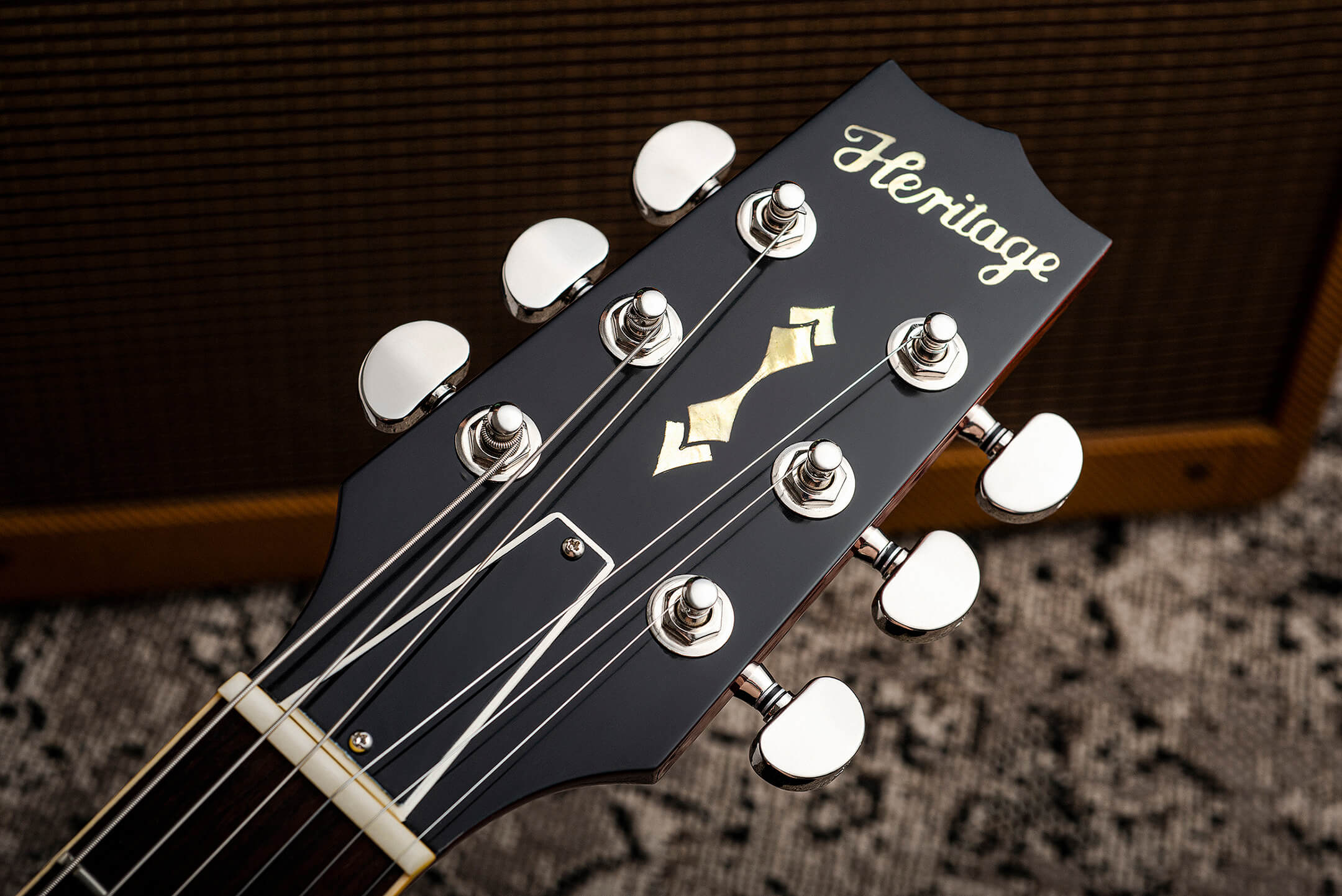 Although it resembles a standard-line H-150, our review guitar features a variety of subtle tweaks to both its specifications and production processes. The revised top carve was inspired by a 1959 Les Paul with a flatter-than-usual shape that Wilson felt conformed to people’s expectations, and making this work required a slight alteration ton the body shape. The dimensions for the neck profile, meanwhile, were taken from laser scans of another 1959 Burst with a particularly comfortable neck.

Getting the bridge and tailpiece in exactly the right places also proved important, and Edwin changed the peghead shape because he feels it balances better with the body when it’s a little less long and skinny. The Custom Core models also have a holly headstock veneer with a pearl logo and twin arrow inlay. Heritage’s laser-etched diecast tuners were deemed to suit the headstock shape and the H-150’s more modern aesthetic better than vintage-style units.

The Custom Core H-150’s fretboard is rosewood and features acrylic inlays with a traditional swirl pattern. The fretboards on this model are also a little thinner, so they are closer to those of 1950s guitars, and the fretboard binding is reduced to 0.04 inches. With the edge rolling, when viewed from the front, the binding appears as a thin line and it’s a look we prefer to that of the standard-line model.

Edwin also added some dimension to the heel, so in cross section it looks very similar to a 1950s guitar, with a half-inch drop and a height of about 0.7 inches. The headstock is pitched at 17 degrees and the cutaway has been subtly altered to make the Fijian mahogany body more symmetrical.

The nickel-plated hardware includes a locking aluminium bridge with 8/32-inch steel posts that go deep into the body like a vintage guitar. The thumbwheel and tailpiece are aluminium too, with long steel bushings and studs. The finish is nitrocellulose and the maple top and Dirty Lemon Burst finish are flawless here. If you like your guitars a little less pristine, an Artisan Aged version is available (£4,299), with the ageing carried out by another former Gibson Custom employee with several decades of experience.

The neck profile is a fairly fat C that’s closer to our experience of 1958 than 1959 Les Paul profiles. As promised, it’s a comfortable carve, but it may lack a little refinement compared to the subtle V shapes and softer shoulders of some vintage and Custom Shop Gibsons. However, the fingerboard edges have been rolled expertly and the fretwork and binding nibs have been executed superbly.

Edwin Wilson specifies a weight limit for Custom Core bodies, and even with diecast tuners, the H-150’s weight feels ideal. The unplugged tone is very encouraging, with excellent string-to-string balance, open treble and warm midrange. The bass response is perhaps a little rolled off, but it’s clear that there’s no shortage of sustain here.

It’s amplifier time and the pickups demonstrate a convincingly PAF-like midrange voicing. The bridge unit has that slightly quacky honk, while the neck pickup provides a vocal-sounding contrast with a rounded tonal purity. And the middle position offers another distinct tone with a scooped midrange that develops a funky, phasey quality as the neck’s volume control is dialled back.

With alnico III magnets onboard, the tone is sweeter and smoother than it would likely be if the pickups loaded with alnico V magnets, and the output is a little lower. If you are inclined towards high gain and high volume, this cultured character combines with the wax-potting to make things nice and easy on the ear.

The flipside is the way that potting reduces microphony. It’s not eliminated altogether in the 225 Classics, but they’re not as open and clear in the trebles as vintage PAFs or the most slavishly accurate replicas. Consequently, we struggle to achieve the breathy detail and vintage-style shifting harmonic bloom that is part of the PAF magic. If you mostly play at home, or gig with low-to-medium-powered amps, it’s worth bearing this in mind.

Fortunately, the controls interact with the pickups much like a vintage wiring harness, with clarity remaining as you turn down the volume. We also like the tone pot taper and the Custom Core can do that vintage Les Paul trick where you can turn down a volume control and then tighten the lows by rolling back the tone controls. 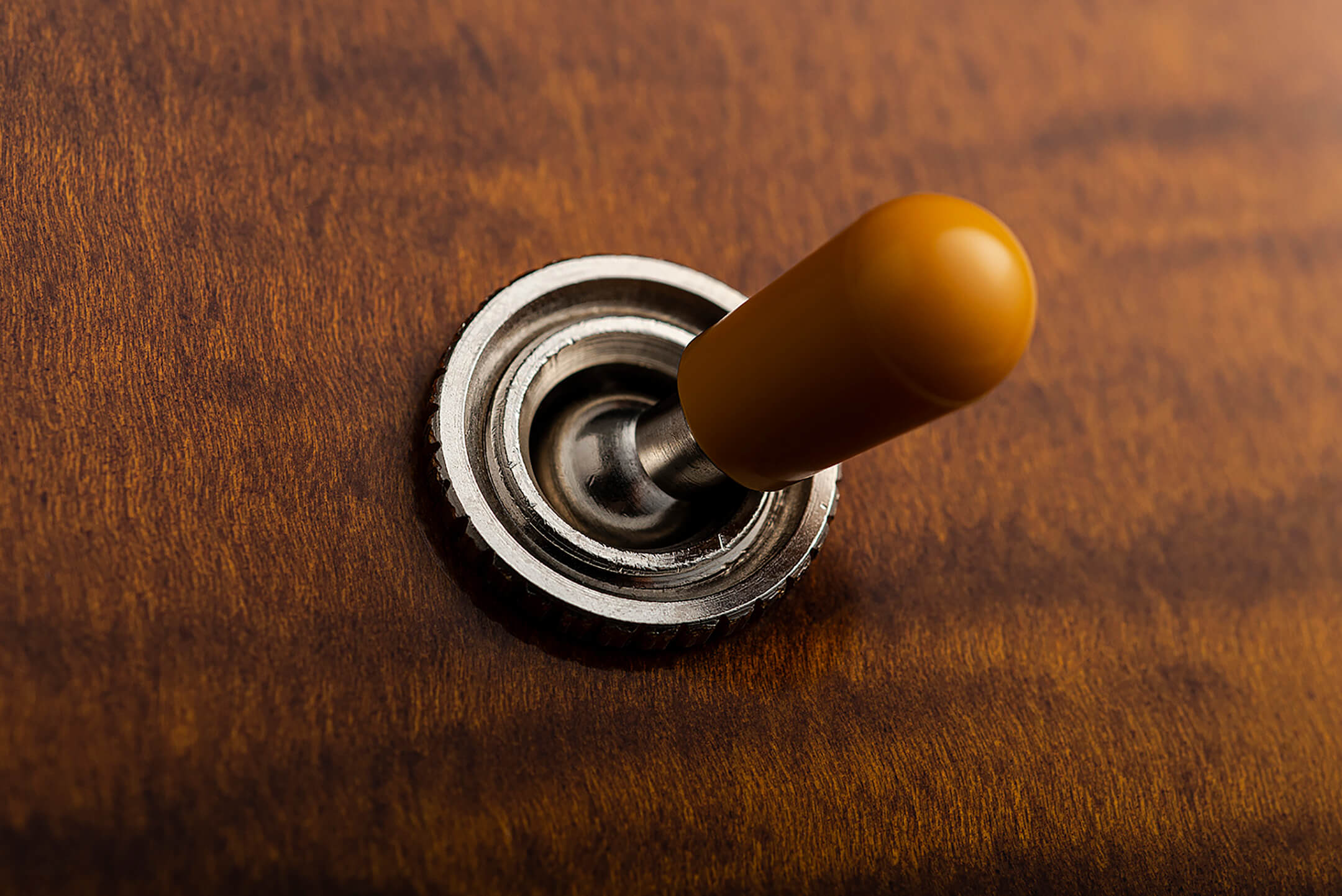 The ‘Edwin effect’ is clear to see and, in this Custom Core guise, the H-150 is no longer a worthy but unremarkable single-cut solidbody. Minor gripes include side dots that look slightly oddly placed in the fretboard binding, and the neck profile could have benefited from just a bit more finesse. And while we understand the thinking behind potting the coils, we feel that the wax is slightly subduing a fine set of pickups. But ultimately, Heritage has taken a huge step forward with this model and the Custom Core H-150 is a very impressive and exciting instrument indeed. 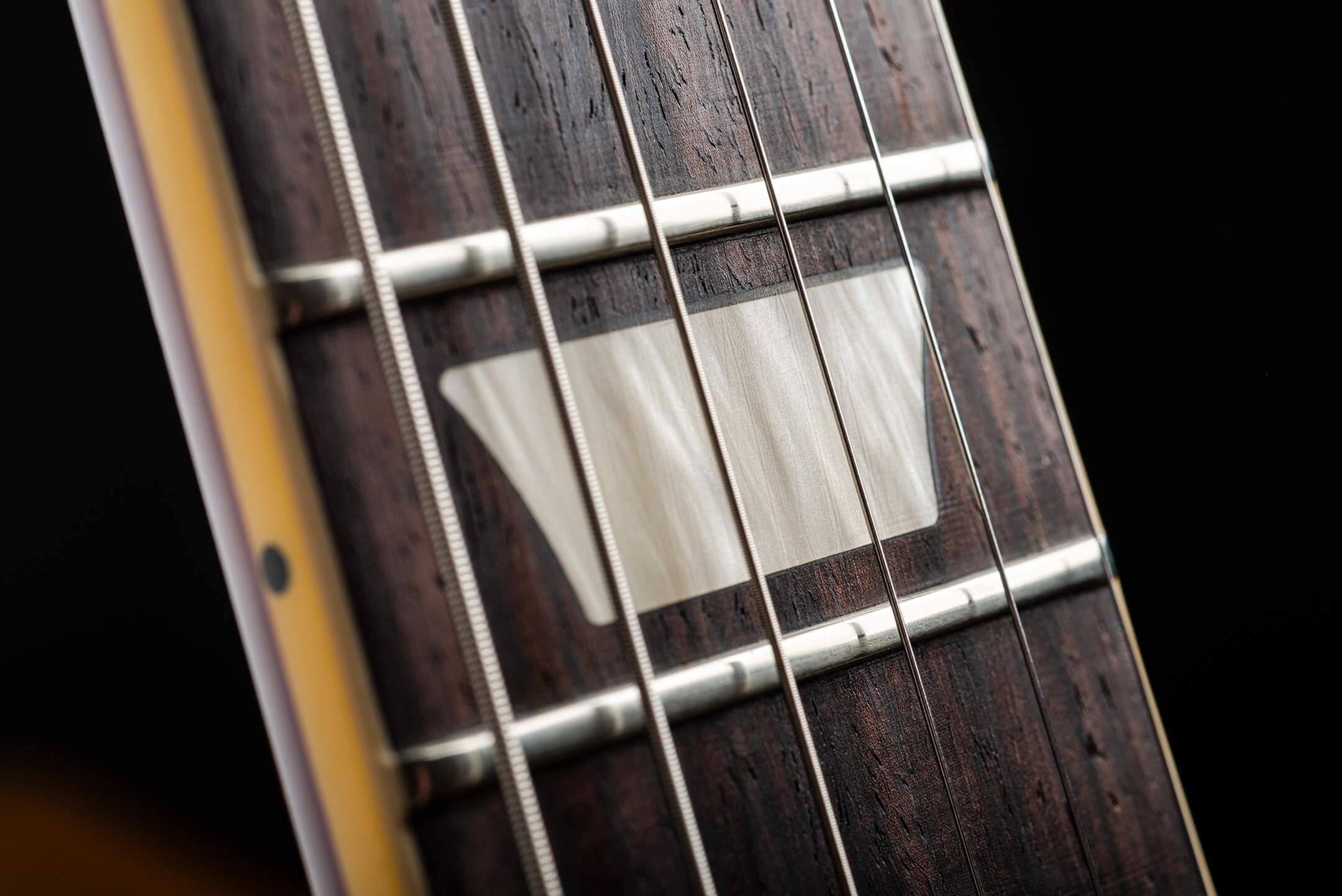