With a lower-than-low action, active electronics and a skinny neck, the new Jeff Loomis signature impeccably reiterates the must-have credentials of a shred guitar.

Jeff Loomis is the latest in a long line of shred titans to join the illustrious Jackson roster – and not one that many people were expecting.

For well over a decade, Loomis – the brutal but deftly technical guitarist formerly of Nevermore and now with the similarly aggressive prog-metal act Arch Enemy – has been synonymous with Schecter guitars. So the switch of brands came as a surprise… but given that very few tweaks were made to his six-string and seven-string models during his time with Schecter, is this new Jackson signature merely a repackaging?

In fact, hardly anything from the last instrument has been transferred to the Jackson, aside from the 26.5” scale length. The swamp ash and maple combo has been replaced by a none-more-metal satin black basswood body with an industrial sandblasted ash top; and in place of the previously favoured metal cross markers are sharkfin inlays, which adorn the death-like blackness of an ebony board ending in a seven-in-a-row angled headstock. A simple tweak this is not.

The neck dimensions are very thin indeed. In fact, it’s been many years since we’ve encountered one quite so skinny: while this isn’t quite as slender as our baseline for super-thinness – the Ibanez RG Wizard necks of the 1990s – there is a noticeable lack of girth that may prove divisive. “It’s more comfortable to me over long periods of time and playing, and stress-free on my left hand,” according to Mr Loomis himself.

The 24 jumbo frets are expertly dressed and, in combination with the shallow compound radius, an ultra-low string action can be achieved with zero negative implications. We even find ourselves in the rather unusual situation of raising the height of the action as it’s a tad too low even for our delicate touch.

Although Jeff has selected new tonewoods for his Jackson, the basswood, ebony and ash actually combine to provide a similar tonal response to his former swamp ash and maple recipe – and when we chug away in the lower register through our cranked Diezel VH4, the signature Seymour Duncan Blackouts deliver a hyper-focused low end with, to our ears, a slightly scooped midrange.

Working our way up the higher end of the neck we experience the opposite effect, with brilliant highs that require a little taming. The most sonically soothing way to do this is by switching to the neck pickup, which provides a snappy high-output solo tone, devoid of muddy lows and particularly percussive for fast picked passages. The active electronics provide little in the way of versatility, though – so much so that even our clean settings are slightly overdriven.

The Floyd Rose 1500 Series whammy does exactly what’s expected of it while maintaining perfect tuning stability, and with it being recessed into the body – in conjunction with a pronounced forearm contour – it helps create a particularly appealing right-arm position. For technical playing, a great deal of comfort is provided by this ergonomic design.

If the brief set by Jeff was to build a no-frills, no-nonsense metal guitar, then Jackson has fulfilled it with aplomb. Versatile it is not, but everything from the sparse control layout to the neck dimensions has been designed to give an eminently comfortable platform for technical gymnastics of the prog-metal persuasion. 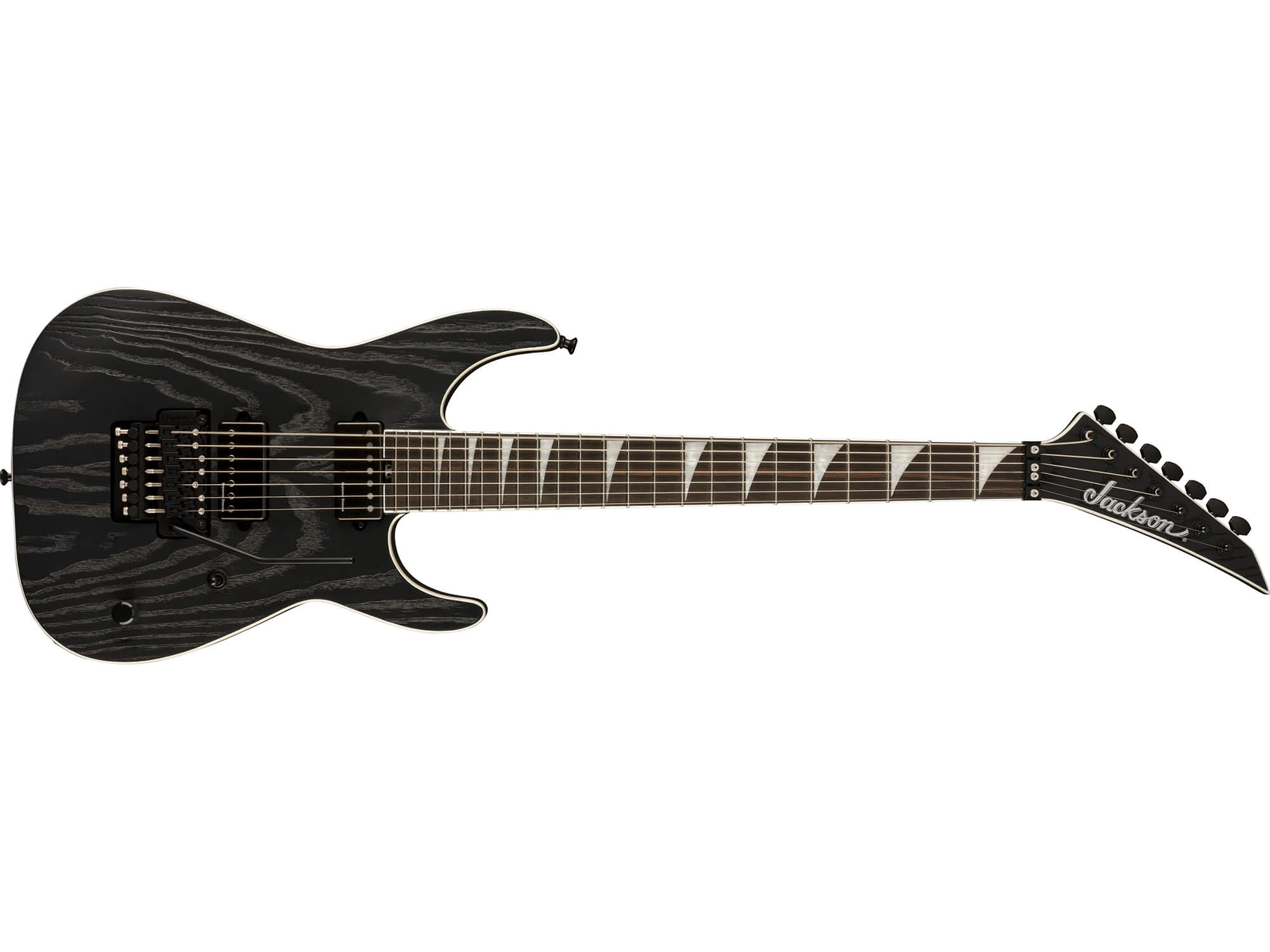