Jackson’s partnership with a progressive metal hero yields another Juggernaut – and this one promises to remain in tune come rain or shine. 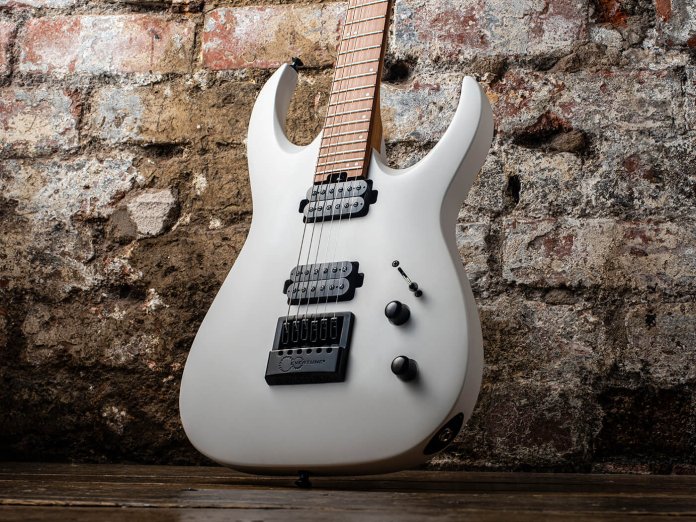 Periphery guitarist Misha Mansoor’s association with Jackson continues to build momentum. The release of the EverTune-equipped ET6 and ET7 seven-string makes a total of 11 variations on the Juggernaut theme in the Jackson catalogue, the Pro Series representing a more affordable, Indonesian-made alternative to the USA models.

The Juggernaut is a sleek and rather futuristic design, with its slim body and upper and lower horns crafted to provide easy upper-fret access. The body has been sculpted and contoured with ergonomics in mind and it proves a very comfortable ride when strapped on, while its basswood construction is in common with most Juggernaut models in the Pro Series. 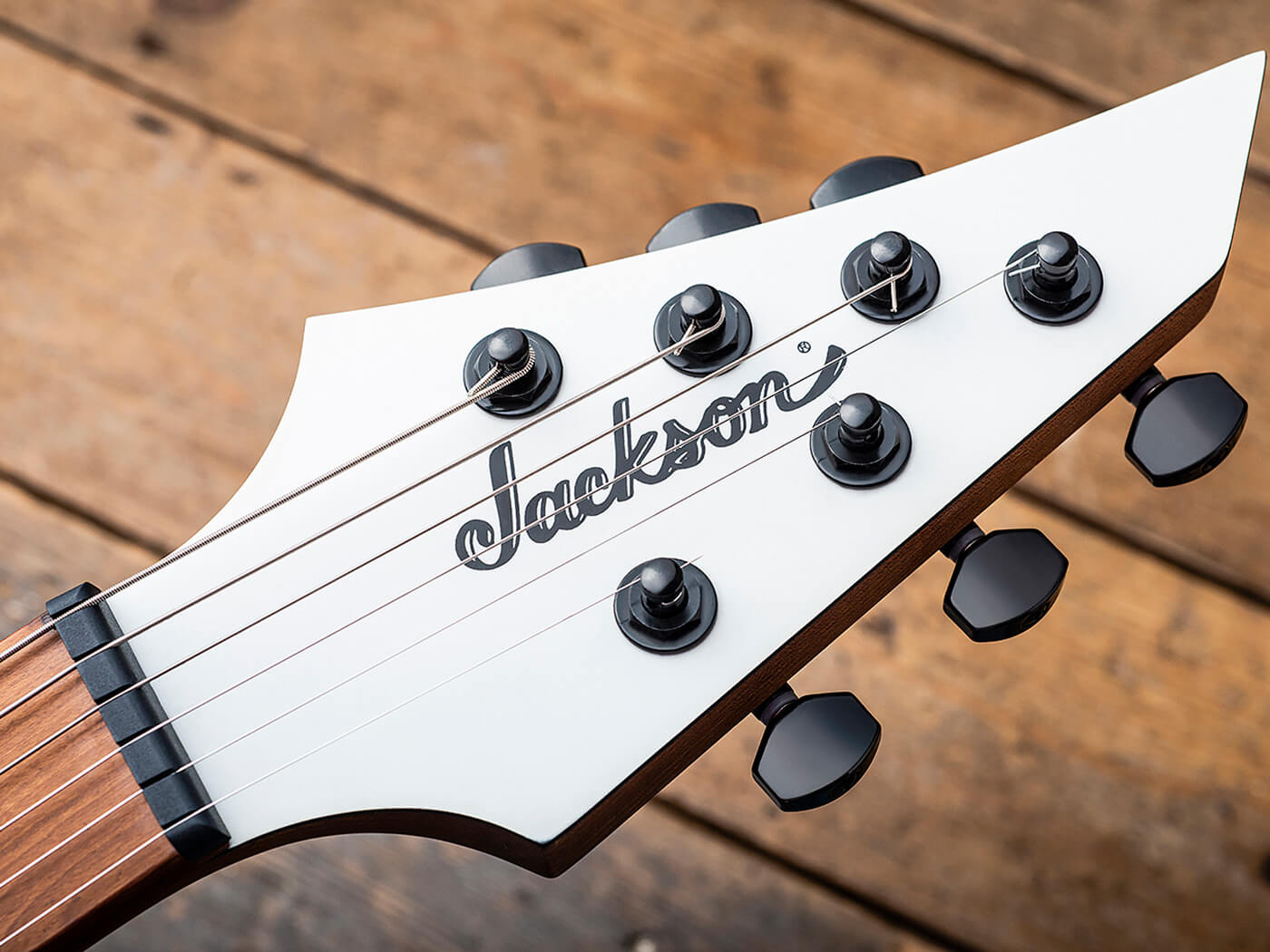 There’s also a graphite-reinforced caramelised maple bolt-on neck with a scarf-joint for the angled headstock and an oiled finish. Much like fellow progressive-metal icon John Petrucci, Misha has chosen an ultra-flat 20-inch radius for his signature model’s ’board.

Thanks to the not-insubstantial weight and real estate occupied by the EverTune bridge, the fact that the ET6 balances perfectly when strapped on is no mean feat. For the uninitiated, EverTune is a mechanical bridge design that uses a spring and lever for each string to keep the strings in tune – a tension-based pitch-regulation system, if you will. 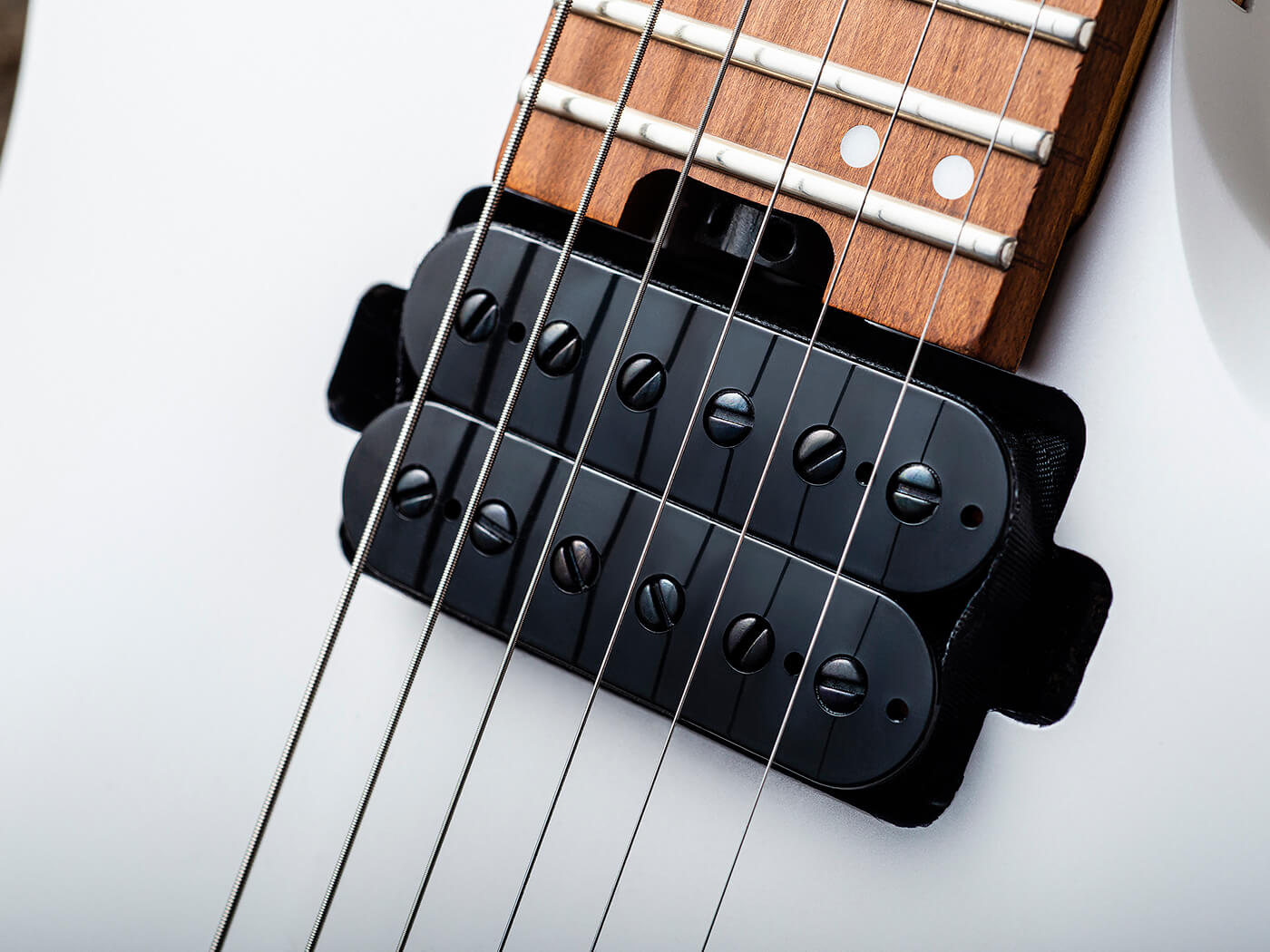 Setting it up involves rotating the tuner until you reach ‘zone two’, the point at which pitch no longer increases. At this point, fine-tuning is carried out at the bridge end using a hex key, and voila – the string should remain perfectly in tune for the rest of its days. Job done? Almost, but in order for the bridge to react to string stretching and keep things in tune, we need to return to the peghead and locate the sweet spot between zone two and zone three (zone three being the point at which the tuner increases the pitch and the string reacts to stretching). 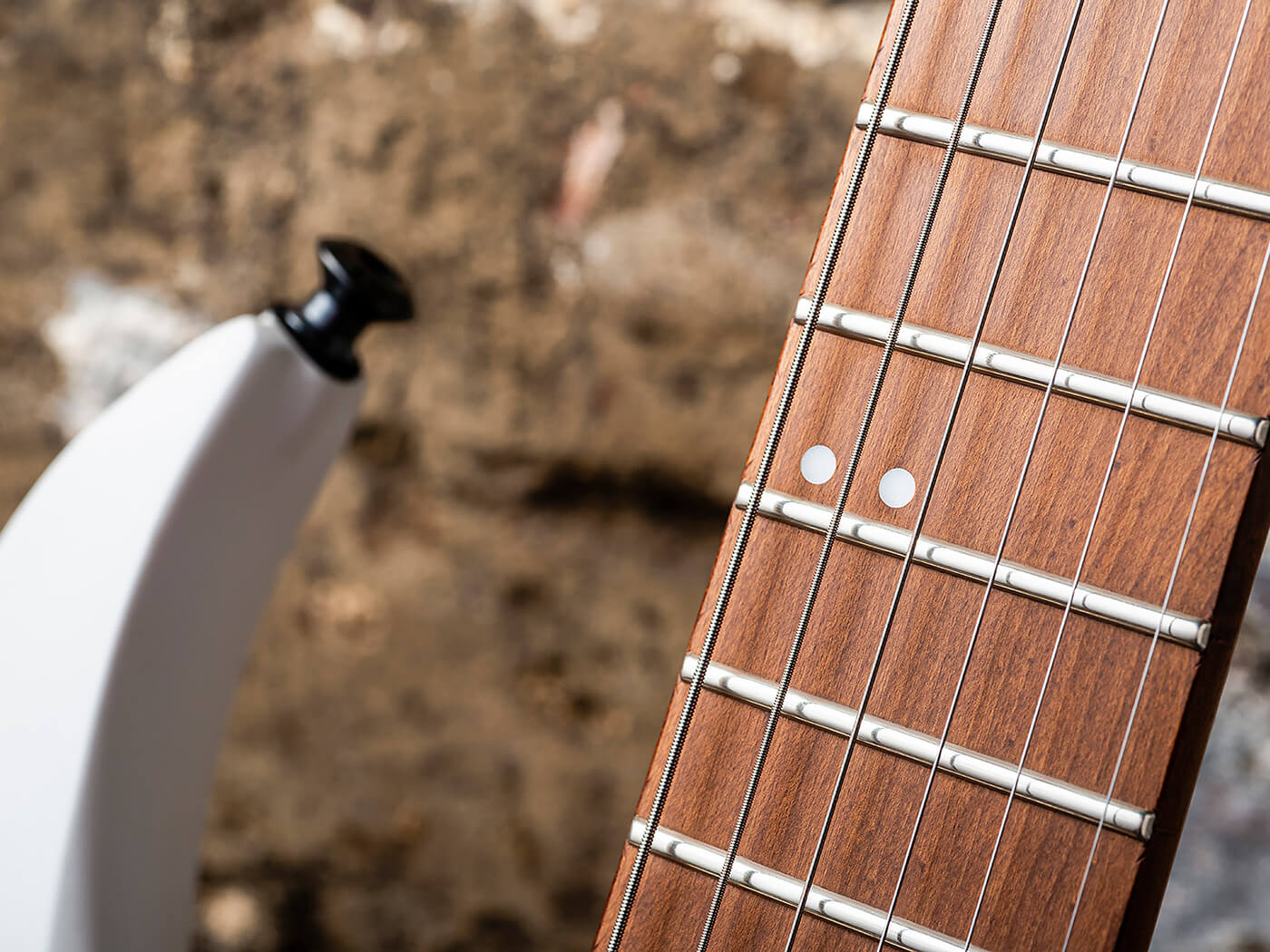 Following these steps proves straightforward enough, but finding the sweet spot proves time consuming. However, once successfully negotiated, the intonation improvement is noticeable and higher-register chords sound more accurate than they do on our guitars equipped with conventional bridges. 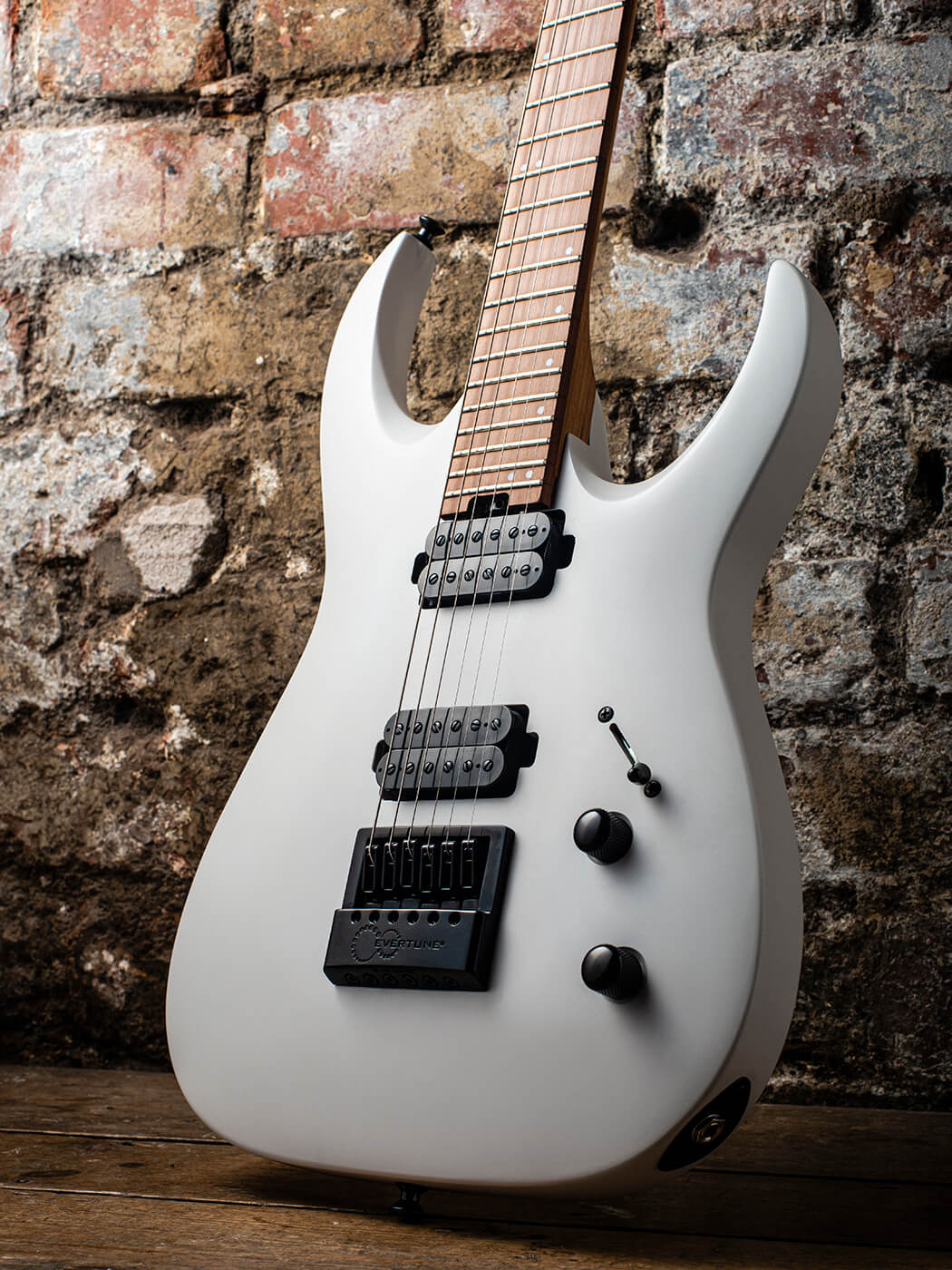 The neck profile feels like a slim D in our hands and its girth remains consistent from nut to join. Super-flat fretboards can prove rather clinical and unforgiving for chordal work but the lightly rolled fretboard edges here help give the neck a more approachable feel.

Sizzling hot pickups aren’t strictly necessary to produce heavy tones and that fact has not been lost on Misha and Jackson. The Juggernaut’s co-designed Jackson MM1 medium-high output pickups allow us to dial gain in without having it foisted upon us, and the even frequency response from the basswood body and snappy caramelised ’board combine harmoniously to help lower-register riffs cut through the mix. 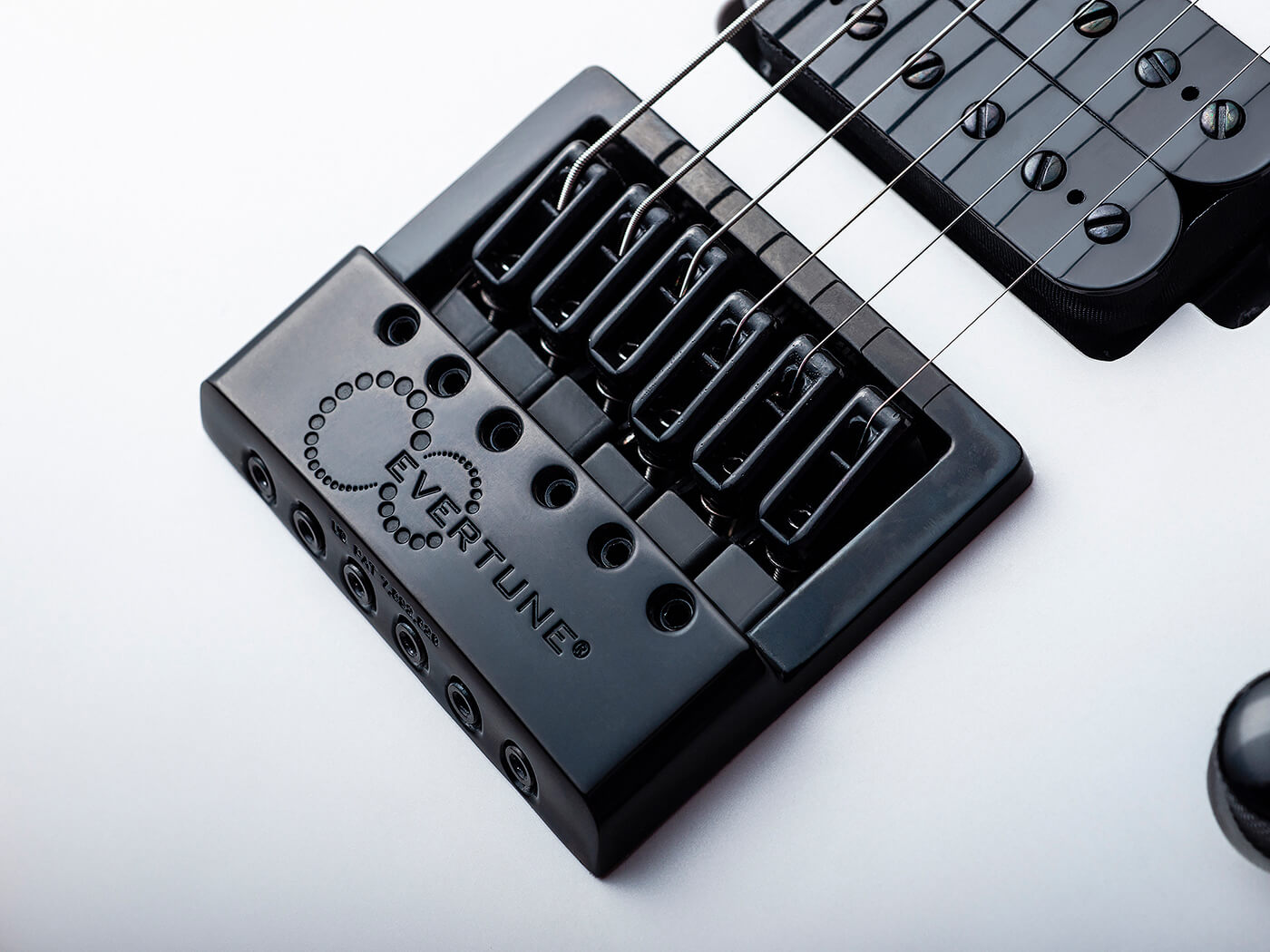 Just like Periphery’s musical output, this guitar is no one-trick pony. Additional tonal options in the form of inner and outer single-coil combinations in positions two and four provide considerable sparkle when playing through a cleaner amp setting, while the push/pull tone control stays out of the circuit entirely until the pot is in the up position. 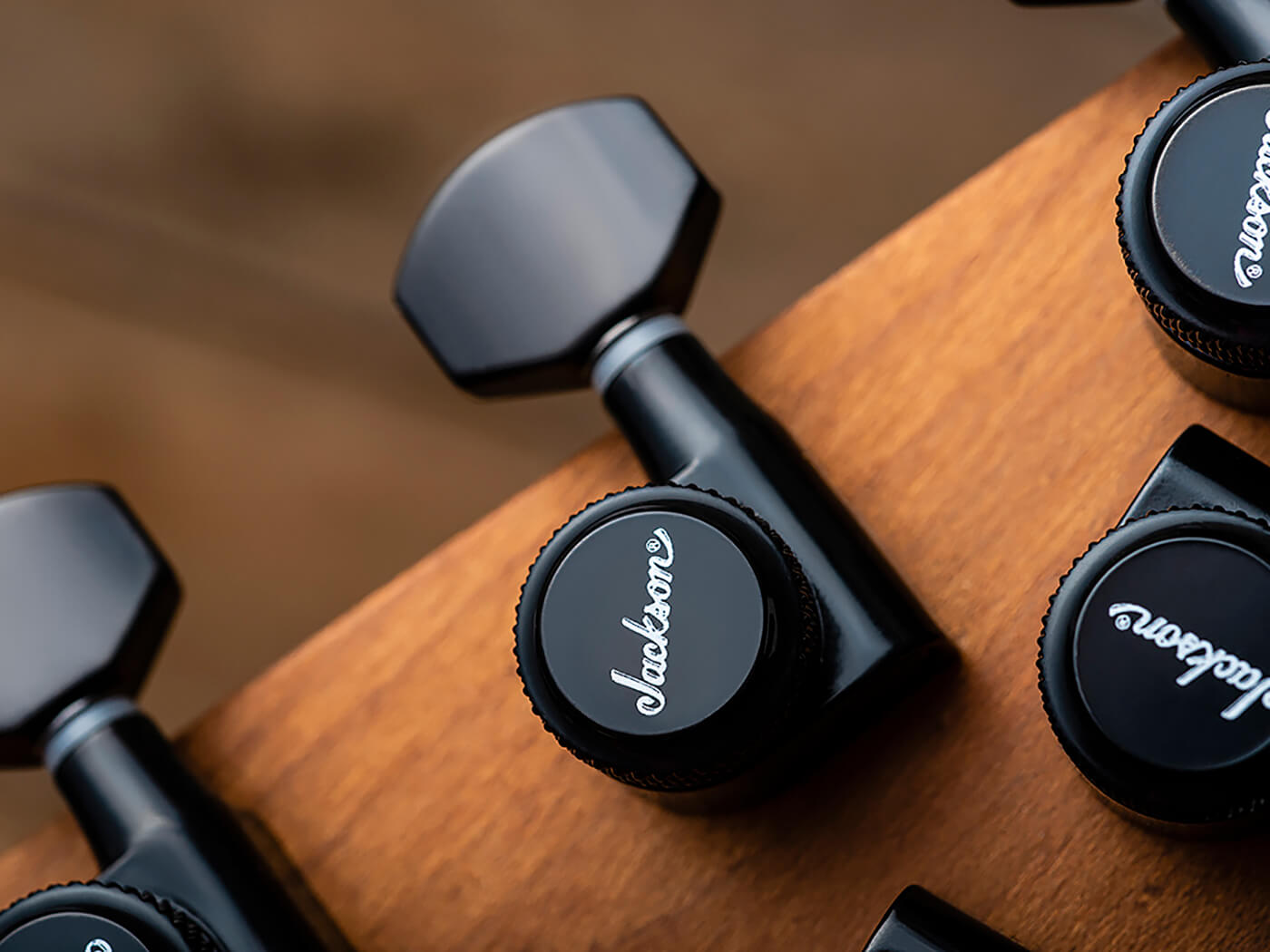 There are, of course, many brands vying for the prog-metal guitarist’s cash. But Misha’s longevity and influence on the world of contemporary guitar is built on a deep understanding of what the modern player requires from an instrument. This knowledge has been distilled into another strong signature model which possesses all the tonal and playability requirements it needs to thrive in its destined musical environment. 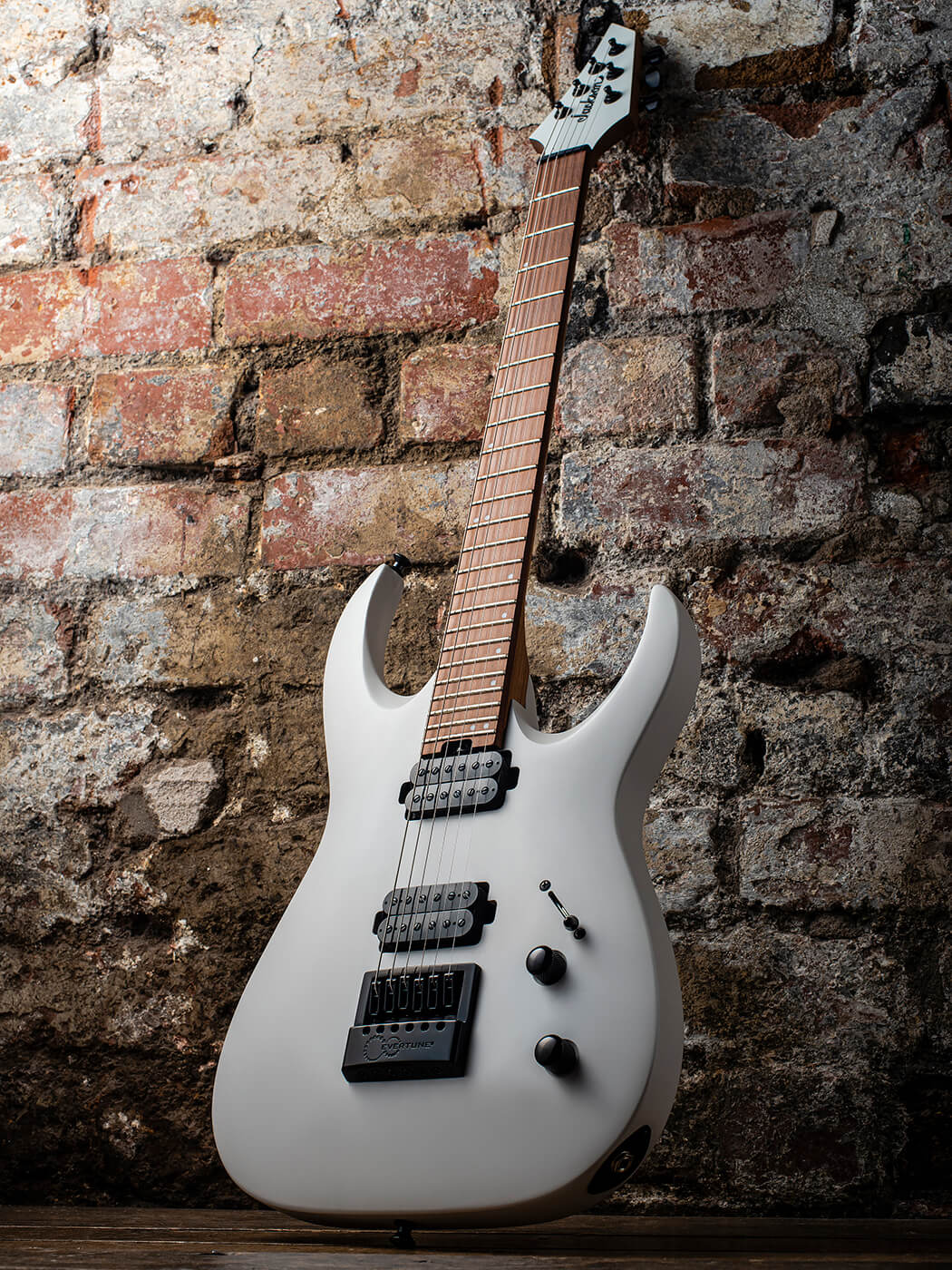