Familiar models get exotic makeovers as one earns its stripes and the other goes full Brazilian. We put them to the test… 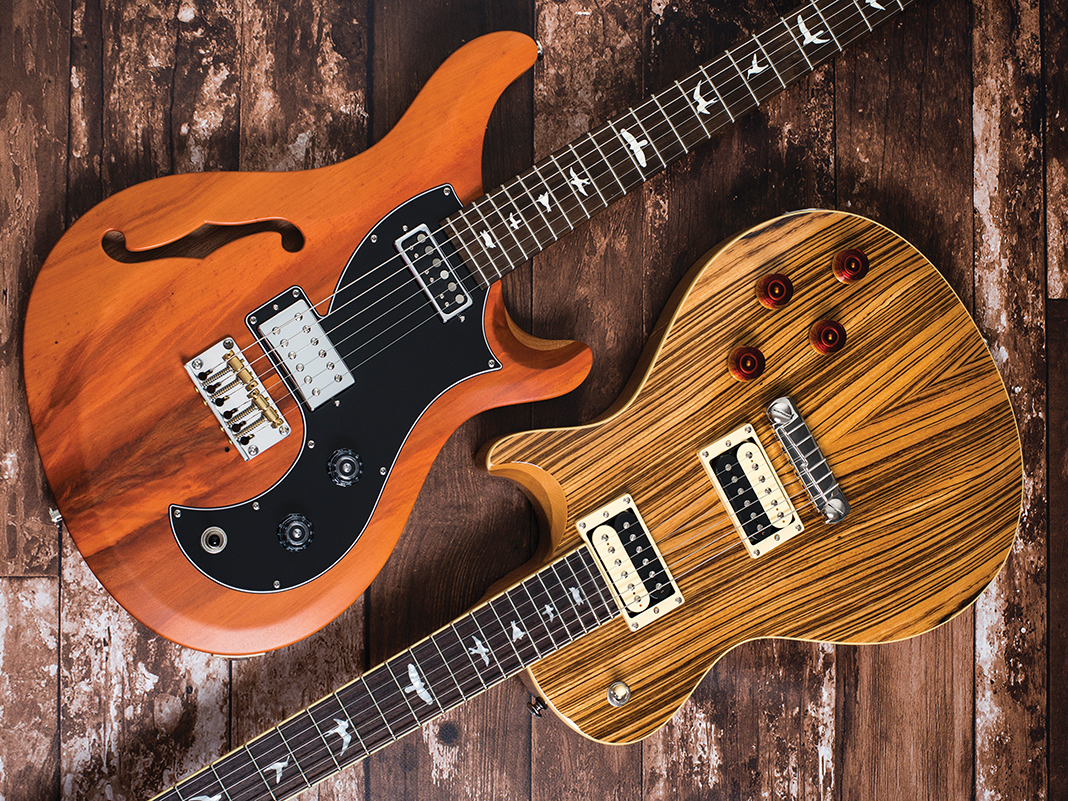 PRS is a brand that most guitarists associate with heavily figured maple tops and vivid, eye-catching colours but this month we’ve got our hands on a pair of instruments that challenge that perception. From the company’s offshore range and affordable USA line respectively, the SE 245 Zebrawood and Reclaimed S2 Vela Semi-Hollow are familiar models rendered with some interesting timber choices.

Longtime readers may recall that the PRS S2 Vela was the coverstar of G&B back in June 2015. The Vela (the Latin word for a ship’s sails, ‘wakefulness’ in Spanish and the name of a constellation) is the product of the Maryland company’s S2 line, which is also home to the company’s similarly leftfield Mira and Starla, as well as Standard, Custom and Singlecut models.

With the emphasis on making US-built PRS guitars affordable for the many rather than the well-heeled few, S2 guitars are manufactured in the same Stevensville factory as the company’s higher-priced ‘Core’ models but on a separate, faster production line using a mixture of USA and imported hardware and pickups. 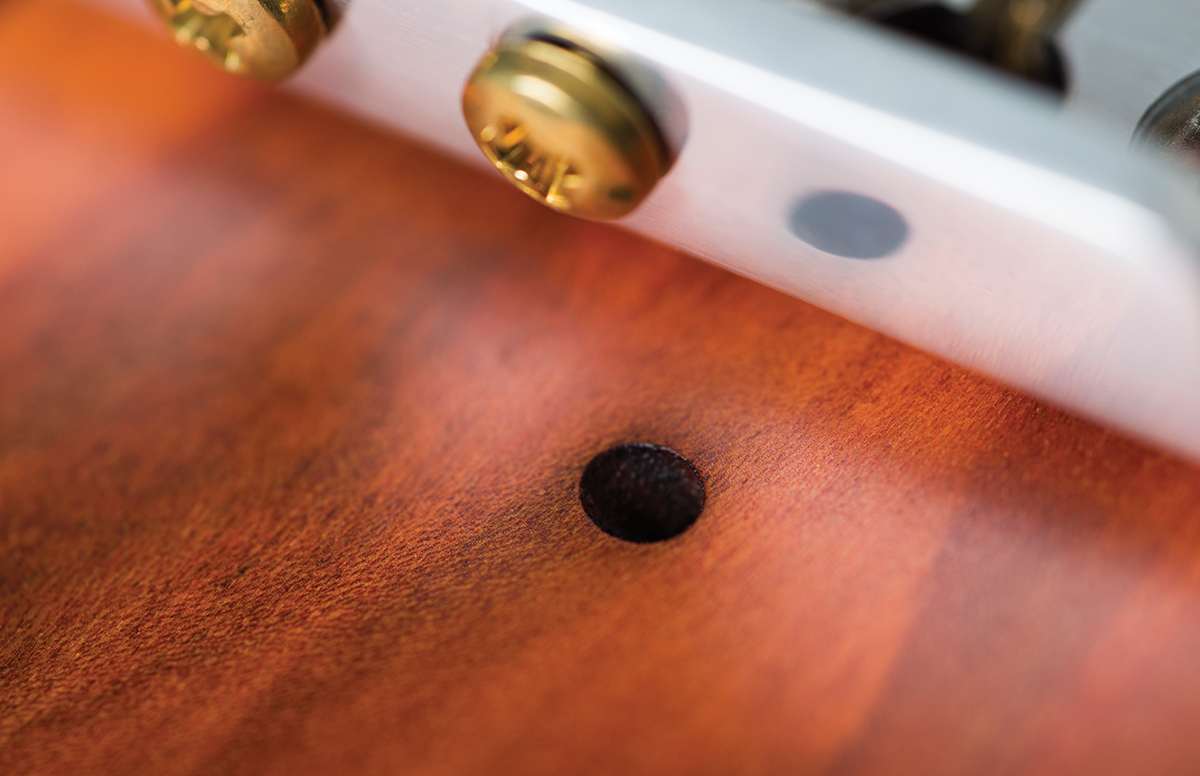 There’s certainly something romantic about the notion of owning a musical instrument made from materials with an interesting backstory and there can be tonal benefits from using aged wood, too. Reclaimed timber has appeared in guitar manufacture for some time now but, given the current climate with regard to the regulation and availability of traditional tonewoods, upcycling and repurposing is perhaps as expedient as it is admirable.

Back in 2011, Fender’s Telebration line included guitars with bodies fashioned from redwood from a Californian railway bridge and old pine from a barn in Indiana. PRS’s senior wood manager Michael Reid recently went further afield to Brazil to source wood from old buildings for his company’s Reclaimed Limited series, which includes a CE 24 Semi-Hollow model in addition to this Vela.

Native to Brazil’s south-eastern Atlantic Forest, peroba rosa and brauna preto might not exactly be well-known to the majority of luthiers or players, but they certainly look the part here. Peroba rosa (typically used for siding panels) has been selected for the top, nail holes and all, while the dense grain of brauna preto (often the material used for supporting posts) was chosen for the fretboard. 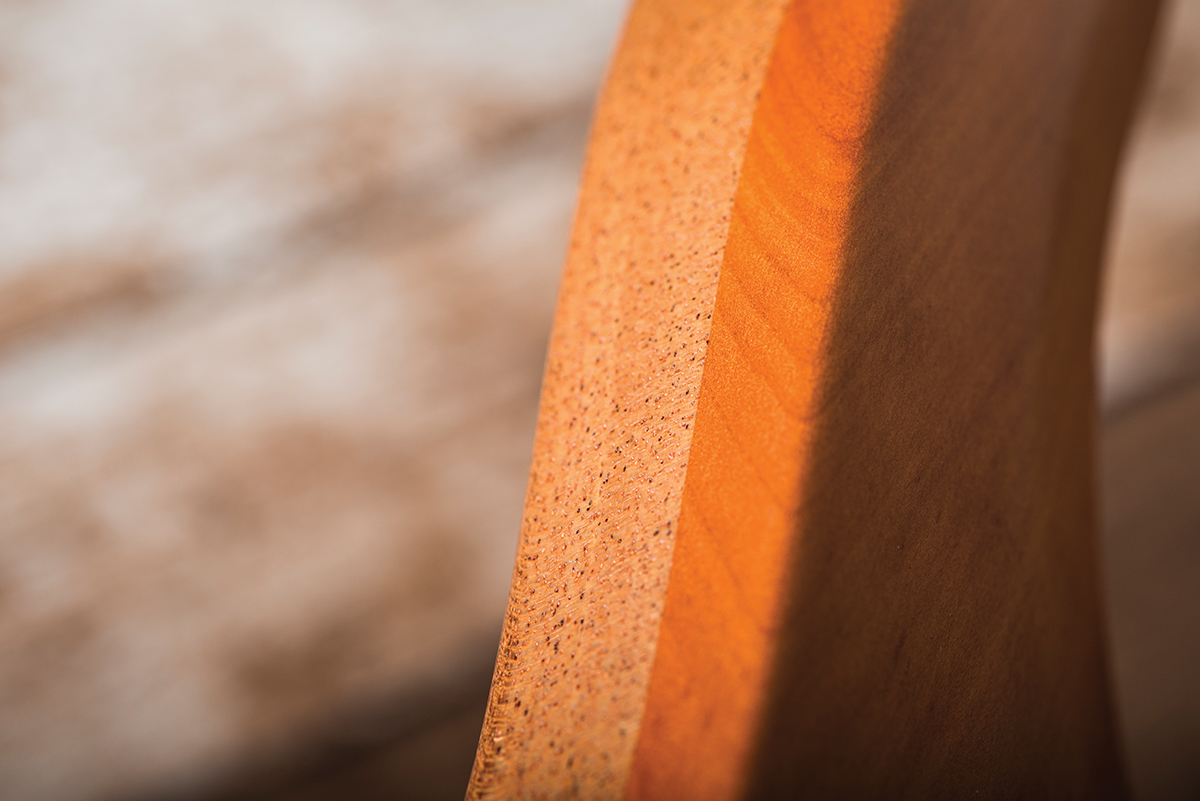 A thin coat of satin nitrocellulose is in keeping with the organic vibe, while the back and comfortable Pattern Regular neck are cut from mahogany. Aside from its semi-hollow construction, the Reclaimed Vela’s spec sheet will be familiar and we’re more than happy to renew our acquaintance with the twin brass-saddle Plate-Style bridge, Starla bridge humbucker and Type-D neck single-coil.

Launched as a limited run at PRS Europe’s March event, a limited run of SE Exotic Top models sees six of the company’s SE instruments made available with a choice of spalted maple, ebony, swamp ash or zebrawood tops and matching headstock fascias. Specifications and pricing remain otherwise identical. We managed to prise an SE 245 Zebrawood out of the sticky hands of the many retailers and rival journos at the event and drag it back to G&B headquarters for review. 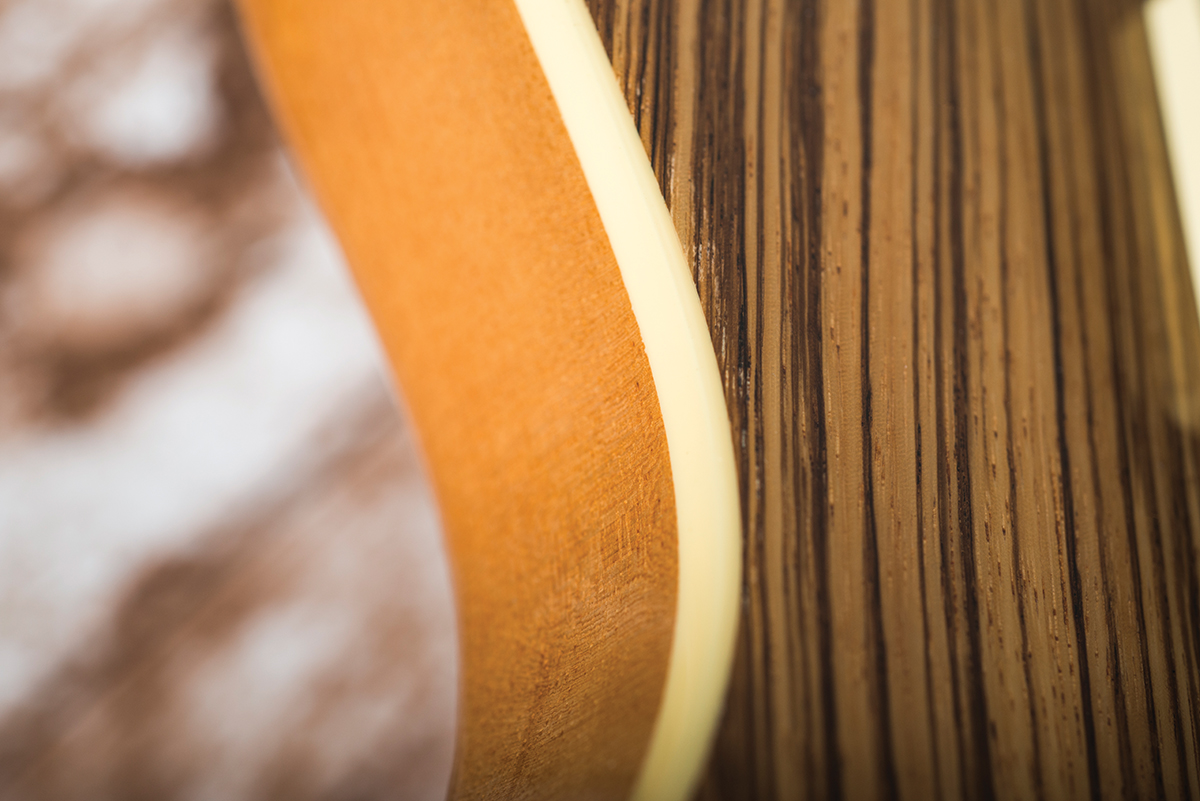 For those who aren’t fluent in PRS speak, the SE 245 is so named on account of its scale length, which bucks the company trend and loses an all-important half-inch of string length. The 24.5-inch scale delivers a looser feel than the Vela that’s closer to a Les Paul (Gibson’s published 24.75 inches is really more like 24.6), and the more Gibson-like vibe extends to the Wide Fat neck.

You also get the SE’s familiar deep mahogany/bevelled maple/figured veneer layer cake construction, though the aforementioned zebrawood provides the striking icing rather than flamed maple.

In Use
Two years ago we described the original Vela as a “serious guitar for sensible money with a juicy array of tones” that’s “twangy, snappy and full of sass across the board but possesses plenty of girth when required.” That all still stands but with a thinner finish and more air, it’s even better.

Here in a more resonant incarnation, despite an offset aesthetic designed to appeal to the cool kids in the playground, the Vela’s satisfying and versatile blend of clarity and smoothness makes it a dynamic tool for fluid soloing as well as jangle and edgy drive tones. 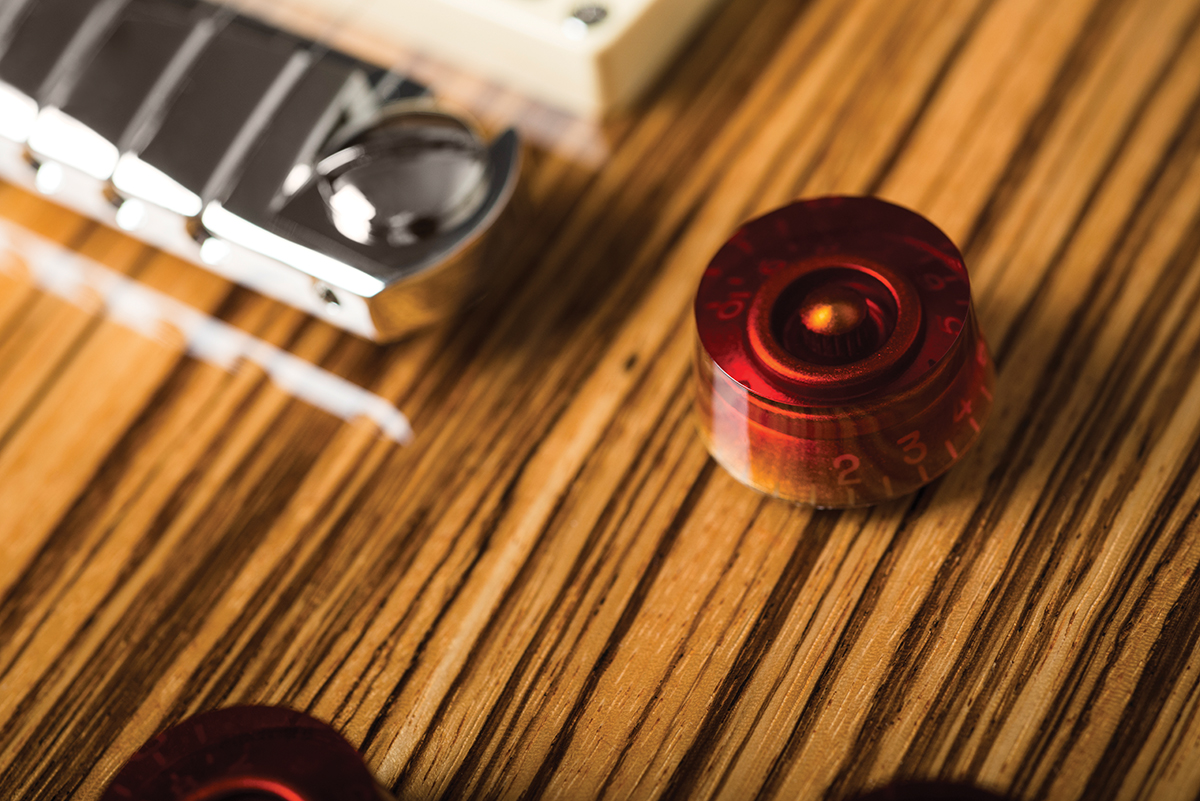 With old nail holes and unique imperfections in the top, this is as close as Paul Reed Smith has ever come to a pawnshop relic, but the playing experience is as in-tune and well-sorted as you’d expect from one of the industry’s great innovators.

Swapping over to the SE 245, the hi-gloss finish makes for a very different playing experience that is less exciting than the Vela but that’s to be expected given the price differential. 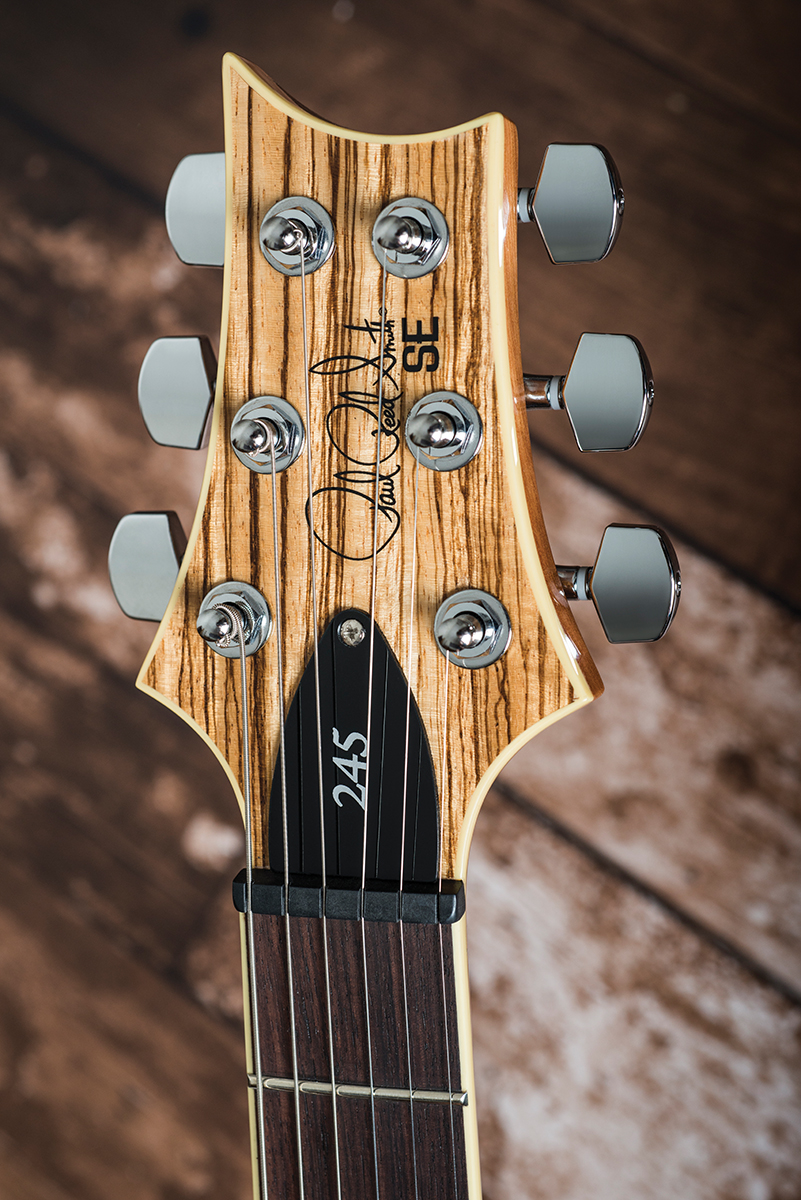 Although the SE 245 is a touch flabby when it comes to high gain rhythms, there’s a range of creamy, vocal-sounding lead tones and it easily does that PRS ‘thing’ with fluid single notes rich in harmonic overtones.

It’s a little softer and less aggressive than some twin-humbucker, single-cut guitars, but whether such a thin slice of zebrawood has a significant effect on this guitar’s accent is debatable. What’s certain is that if you back off the gain, the 245’s performance is prettier and more interesting than many of its rivals. 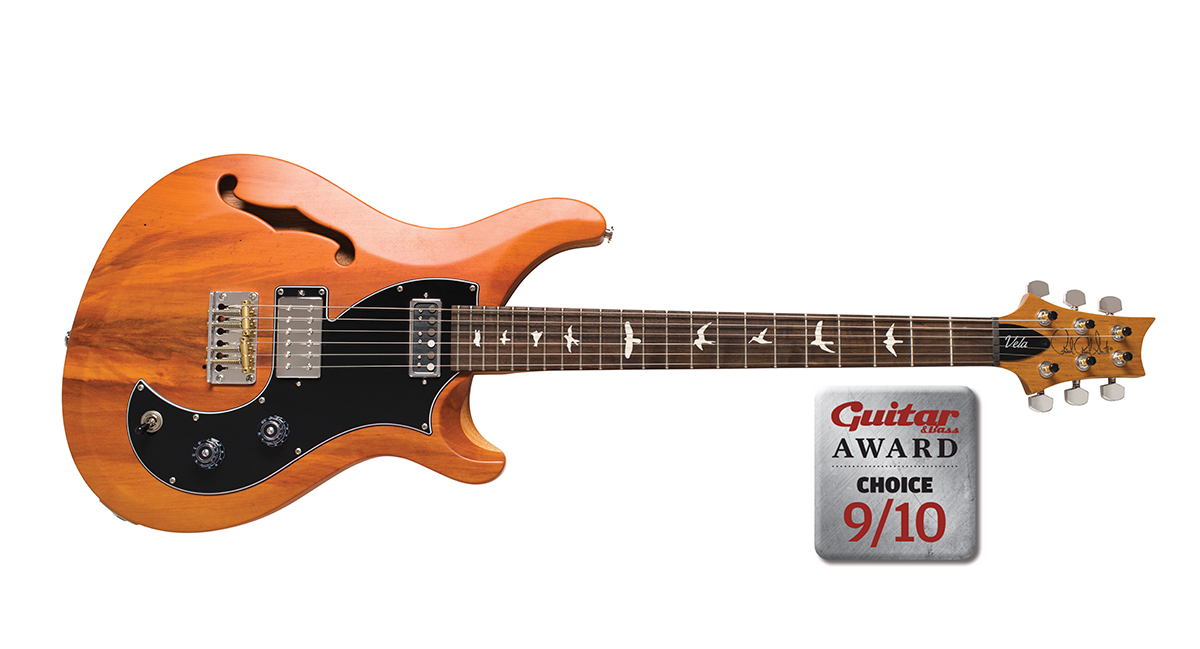 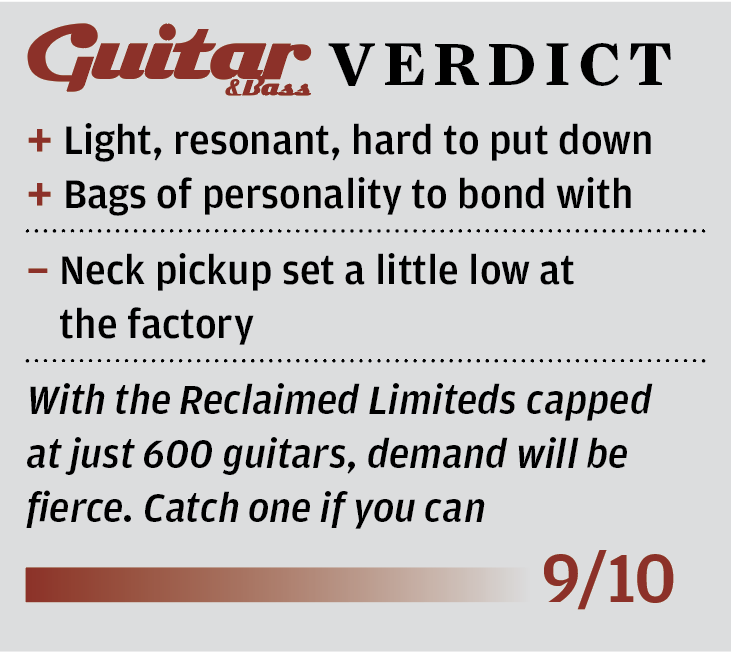 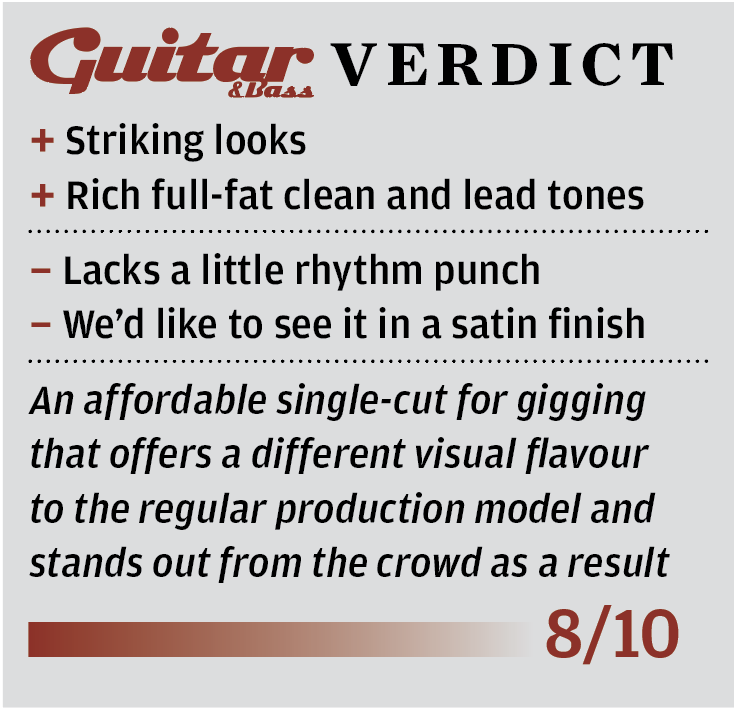