Updated for 2019, this angular rocker features new pickups and a sharper focus on detail. 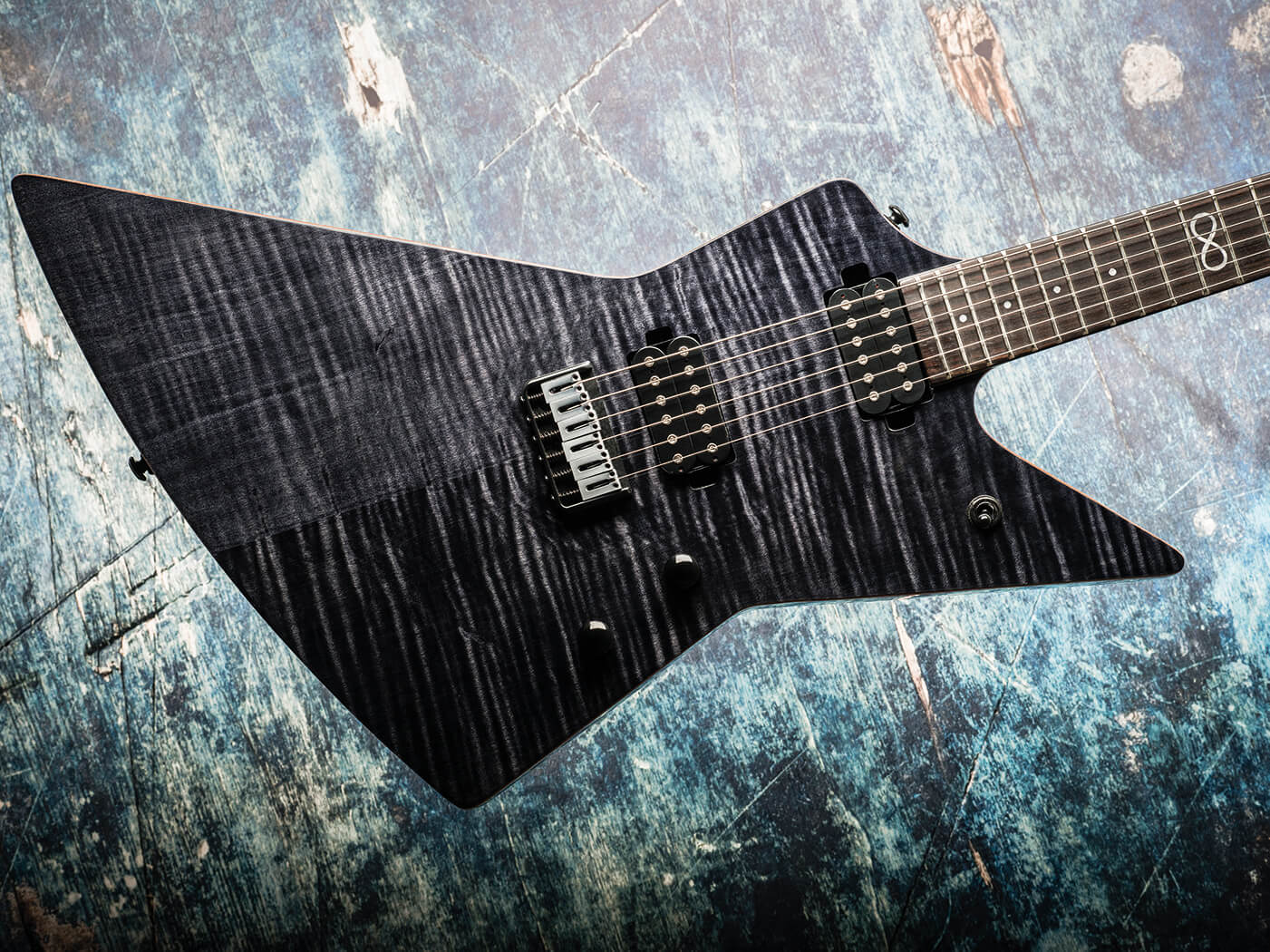 Big tones with power and clarity from this refined rock machine.

Celebrating 10 years in existence, Chapman Guitars announced its overhauled Standard line earlier this year. The Standard models are still made in Indonesia, but production has now moved to a different factory and the V2 Standards also sport new pickups made in-house at the same facility.

According to Chapman, the reason for this production change was a lack of consistency of fit and finish, with a small percentage of instruments not hitting the necessary level of quality. After extensive consultation, including the perusal of many prototypes, a factory change was approved.

The overwhelming majority of original Chapman Standard line guitars certainly weren’t deficient in the quality department, but here, there’s a notable improvement in attention to detail and set-up.

The neck join on our model is exemplary and straight out of the box, the guitar is perfectly intonated and immediately playable. Even the action is set at a low and comfortable height and with its 13.75-inch ’board radius, there’s little danger of any string choking.

The Ghost Fret’s inspiration is fairly obvious – and it’s certainly the most striking shape in the Chapman range. You’d be forgiven for thinking it a potentially awkward fit but, aided by a substantial ribcage contour, this is a very comfortable guitar to play when seated. Strapped on, however, our review guitar is guilty of a little neck-dive.

The maple neck itself is a very comfortable medium ‘C’ shape with a silky smooth satin finish. With a 24.75-inch scale length and the generous cutaway providing almost unfettered access to the top frets, we find ourselves exploring higher registers with some very brave finger stretches – although no injuries were suffered in the reviewing of this guitar.

Chapman’s own-brand pickups now feature on all Standard V2 models, and the Primordial Zerø humbuckers in the neck and bridge positions have been voiced in accordance with the Ghost Fret’s body shape: bold and impactful. They are not quite as overwound as we expected, but nevertheless, they are very much suited to the higher-gain patches on our Axe-Fx III, namely those based on Marshalls and Mesas.

In conjunction with the mahogany/maple construction, a pronounced midrange is evident, but the wonderfully smooth ebony ’board adds a touch of brightness that gives our down-tuned riffage an extra helping of clarity.

A typically full-bodied clean tone is the order of the day through our virtual Fender Tweed patch, but the coil-split affords some funky tones you normally wouldn’t expect from such a sharp-cornered behemoth.

The Ghost Fret and indeed the whole Standard range has seen marked improvements and Chapman has earned the right to be on the ‘must try’ list for those in the market for an affordable, reliable rock guitar.