In addition to building guitars for many other brands, Cort continues to provide its rivals with fierce competition thanks to a well-appointed range of in-house designs. 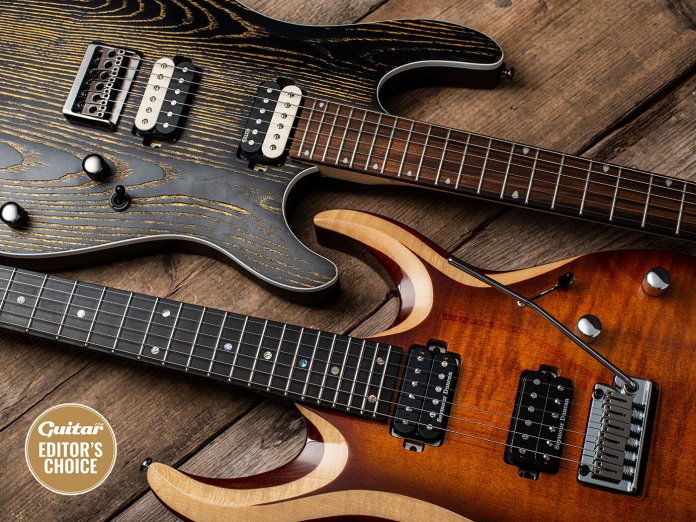 Based in Seoul but also boasting facilities in China and Indonesia, the Cor-Tek Corporation aka Cort Guitars, is one of the world’s largest instrument manufacturers. Though contracted to build instruments for the likes of Ibanez, G&L and Squier, in recent years Cort’s own-brand line has become much more varied and far less derivative, offering viable alternatives to the bigger-name guitars that roll off its production lines.

Cort’s X series was conceived to create guitars “built for metal but versatile enough to cover an extremely wide range of musical genres.” Of the eight models in the range, the X700 Duality is one of the most visually arresting, with a flame maple and swamp ash body finished in Antique Violin Burst but incorporating a striking Knaggs-style natural outline. 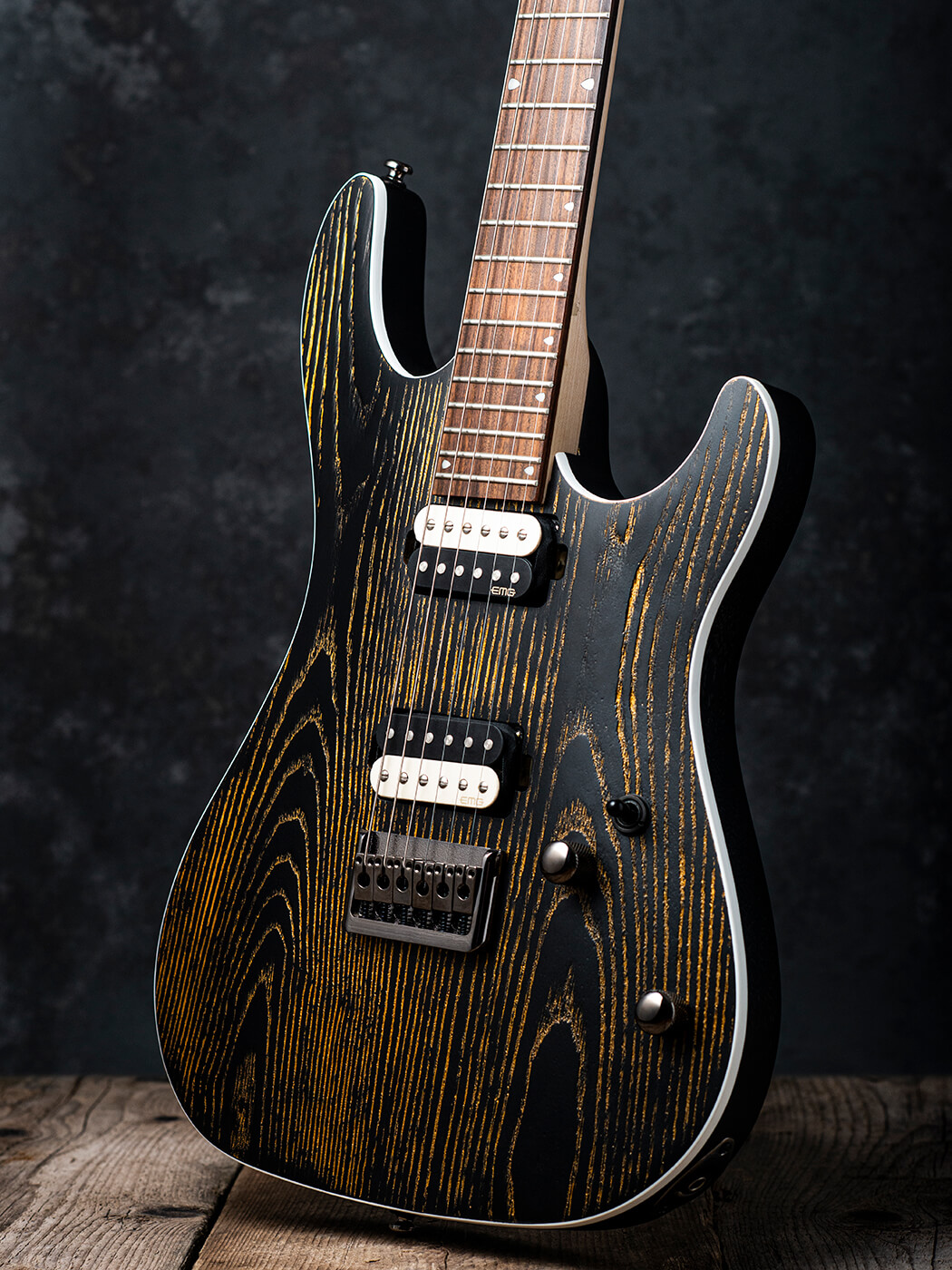 The eye-catching stylings continue through to the three-piece neck, which consists of a maple centre and panga panga side sections – the latter being a close relative of wenge with a rich dark-chocolate hue. The carve is a very comfortable D shape, with seductive shoulders providing extra support. The two-octave ebony fingerboard’s thin protective coat lends it an unfinished feel which, when played unplugged, offers a bright and snappy acoustic tone, while even on the darkest stages you won’t lose your bearings thanks to fluorescent Luminlay side dots.

It’s a weighty beast but any fears of shoulder fatigue are assuaged by even weight distribution when it’s strapped on. The body contours are not as pronounced as those of some other sporty S-types, but the comparatively shallow forearm chamfer still provides comfortable support for our picking hand. For whammy abusers the addition of a vibrato cavity provides ample uplift, and the rubber insert will ensure that even the most frantic gymnastics won’t damage the wood beneath. 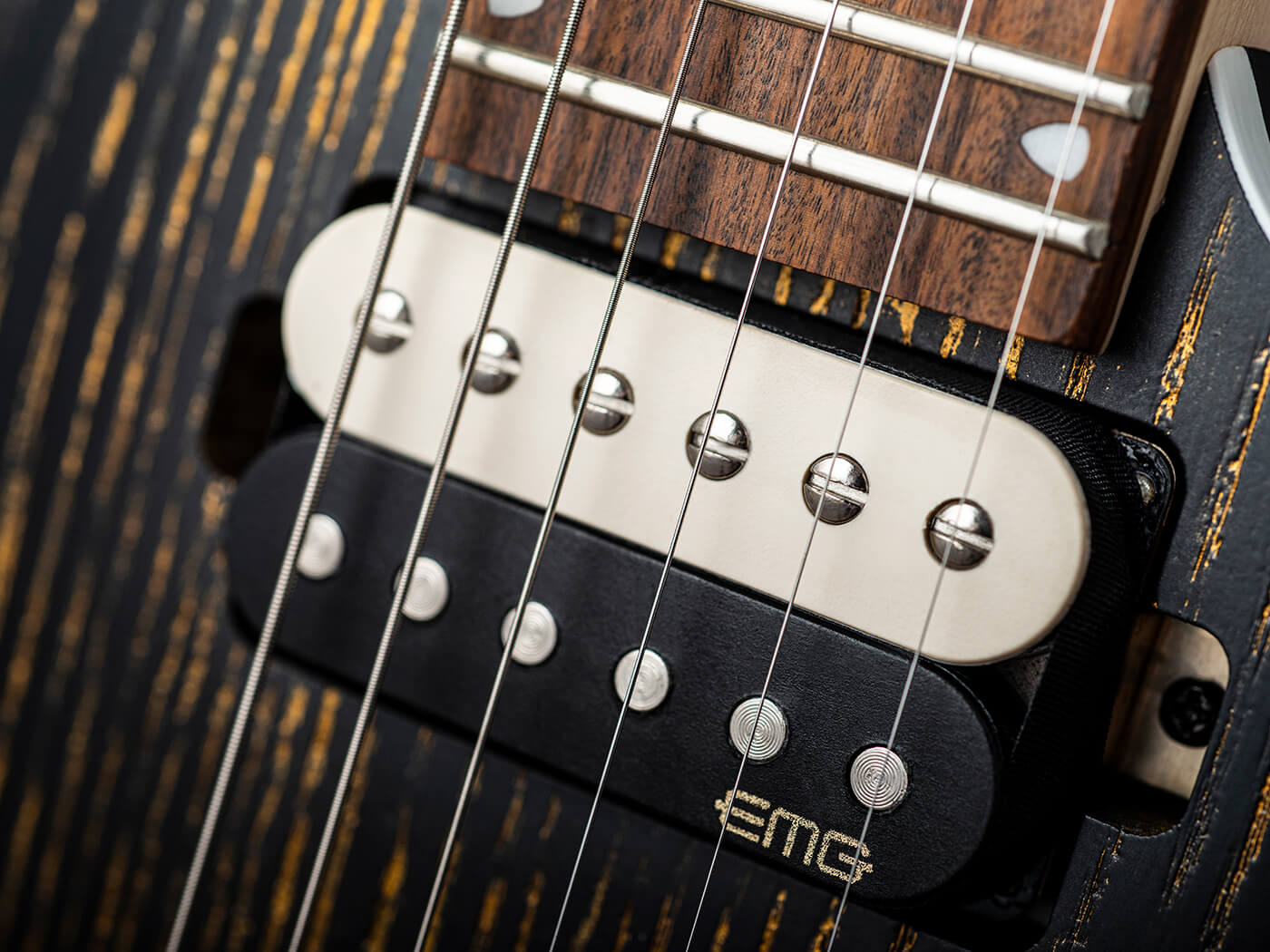 If the X700 Duality’s appearance isn’t quite sinister enough for you, then the KX300 Etched will surely do the trick. The unusual Etched Black Gold finish is a sand-blasted open pore finish with a gold colour accent in the swamp ash top’s pronounced grain pattern. It has quite an industrial look, but we’re not sure the stark white binding complements it as well as black binding might have.

Despite its coarse appearance, it provides a pleasant resting surface for bare forearms and, whether sitting or standing, the KX300 Etched balances perfectly. Despite the swamp ash top combining with a mahogany back, it’s significantly lighter than the X700 Duality. Other differences on the more affordable model are a simpler maple/pau ferro neck construction and a hardtail rather than a vibrato bridge. 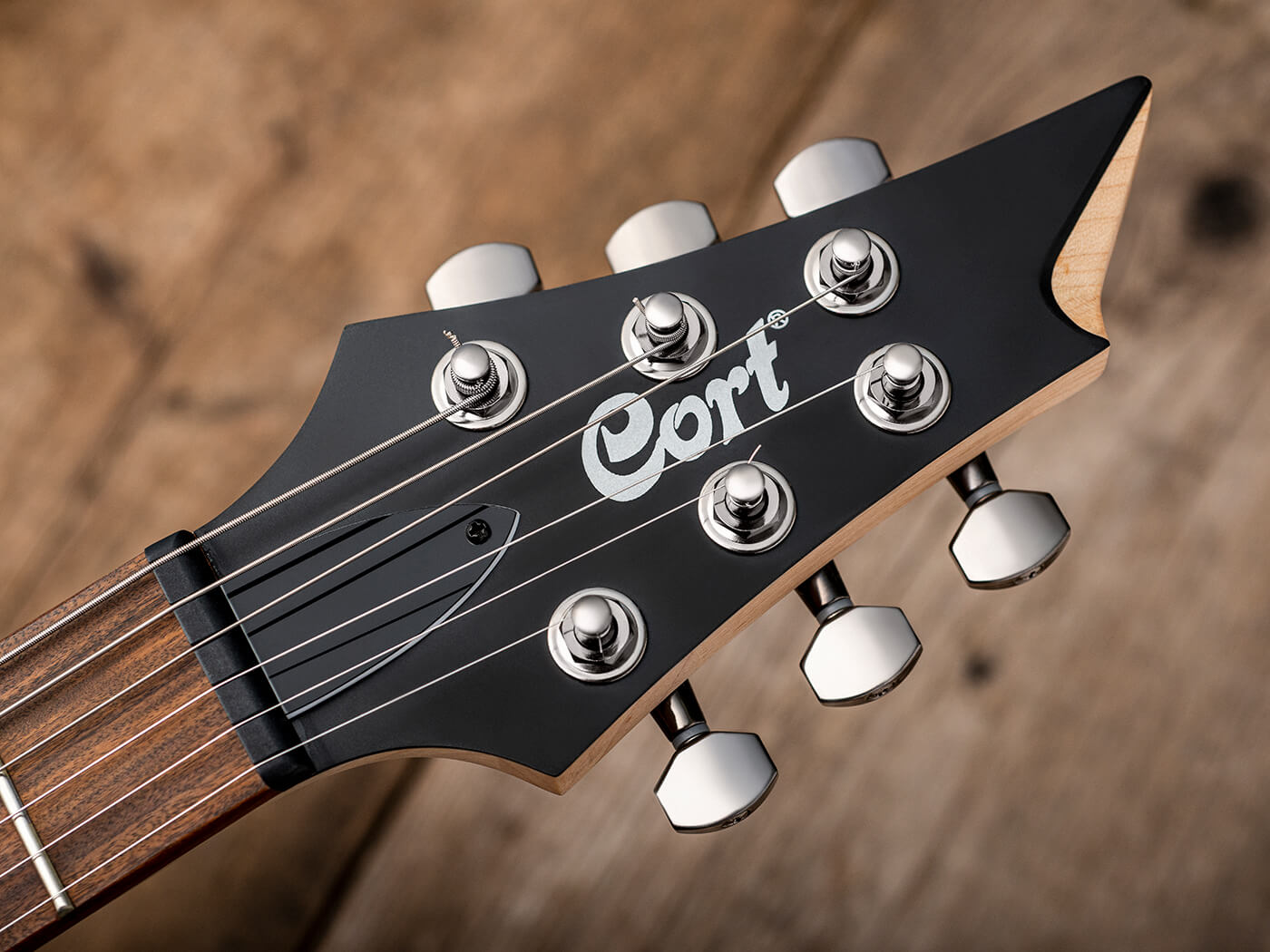 Onboard the Duality are the omnipresent Seymour Duncan TB-4 and SH-2N. As expected, when plugging into a cranked Mesa Express 5:50, the TB-4 at the bridge delivers a punchy, mid-rich rock tone, with the ash and ebony adding some brilliance. The neck pickup is thick and creamy enough for lead lines but still offers enough vintage twang for rhythm work. Boutique pickups may be all the rage but for our money, there are still few pickup combinations that work better for heavy rock music.

Positions two and four (the outer and inner coils of each humbucker respectively) supply percussive and funky single-coil sounds, and these will be go-to positions for fans of artists such as Polyphia and Unprocessed. There’s enough output for gain-hungry techniques but enough snap and bite for funky rhythm work. 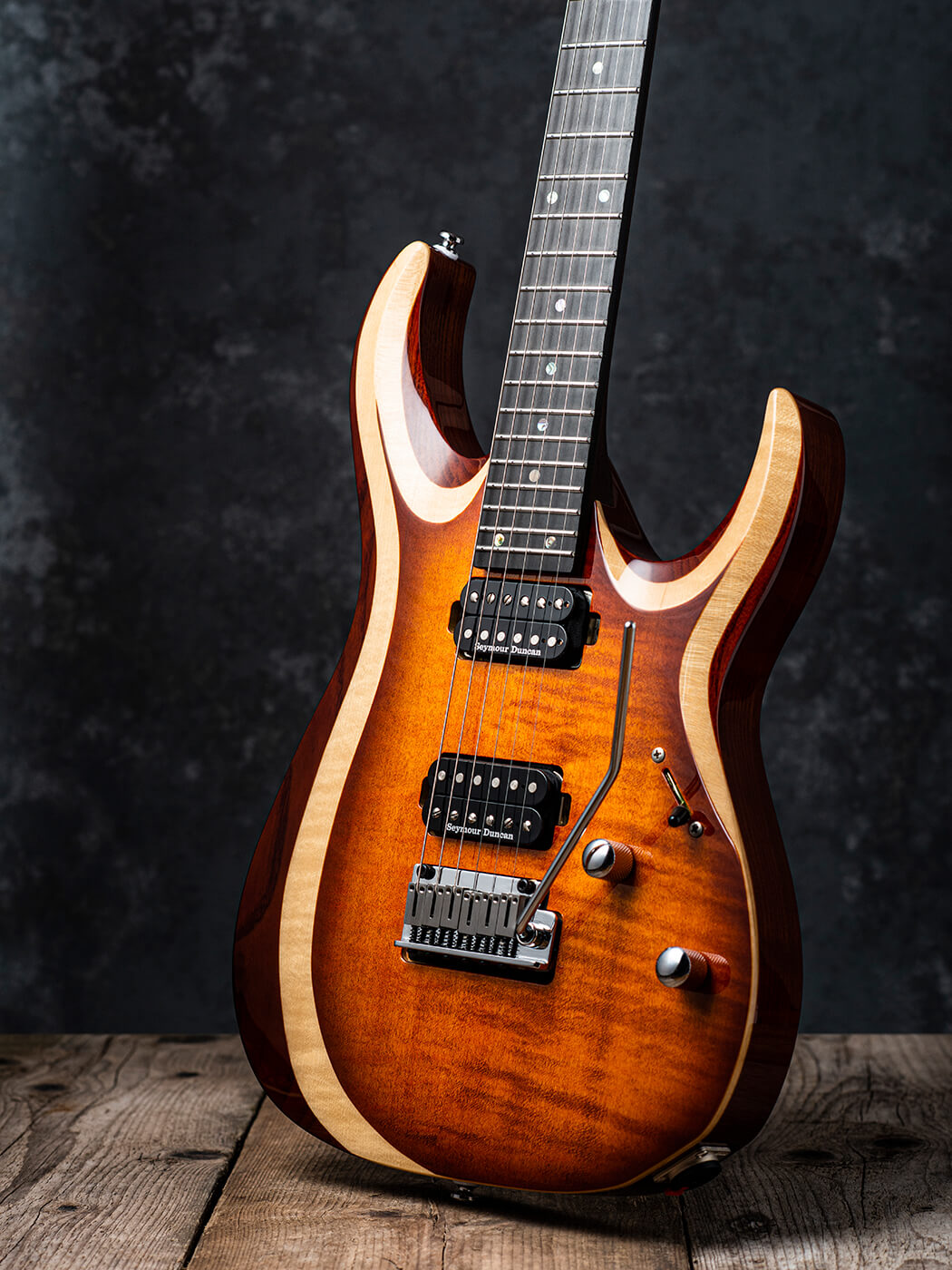 Unplugging the Duality proves to be far more difficult than we imagined and closer inspection reveals a locking output jack that ensures the cable remains in place. The release button means it’s a two-handed task that may catch you out when swapping guitars between songs, but it could prove indispensable if you are prone to stepping on cables. Or it might just trip you up.

Had it not been for the battery compartment situated at the rear, we might have remained blissfully unaware of the active nature of the KX300’s open-coil pickups. The EMG RetroActive Super 77 units are inspired by the rock tones of the 1970s but fall somewhere between old-school rock and modern metal territory, with the bridge providing enough output to deliver strident metal tones but not so much that a dynamic picking hand approach goes unrewarded. 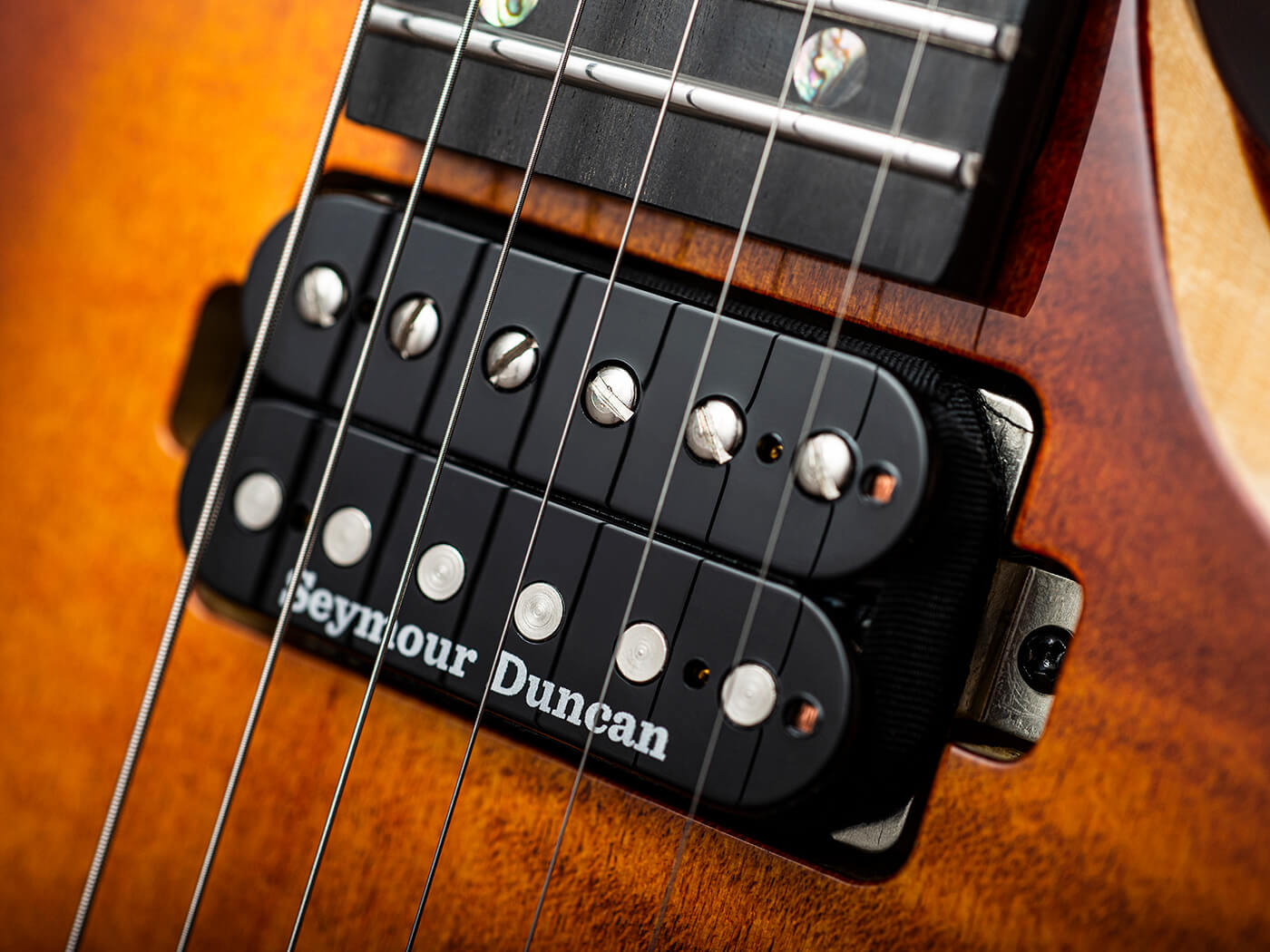 While not possessing the high output of classic EMG neck and bridge combinations, the Super 77s still manage to push our cranked Mesa Express into rich saturation, and the pronounced treble of the swamp ash top helps the KX300 deliver an aggressive edge that works especially well for fast picking passages.

Though their finishes will polarise opinion, when it comes to sound and playability, both of these instruments hit the target. The X700’s versatility is impressive as it not only delivers sumptuous rock textures but is also capable of powerful single coil tones that are very much in vogue at the moment 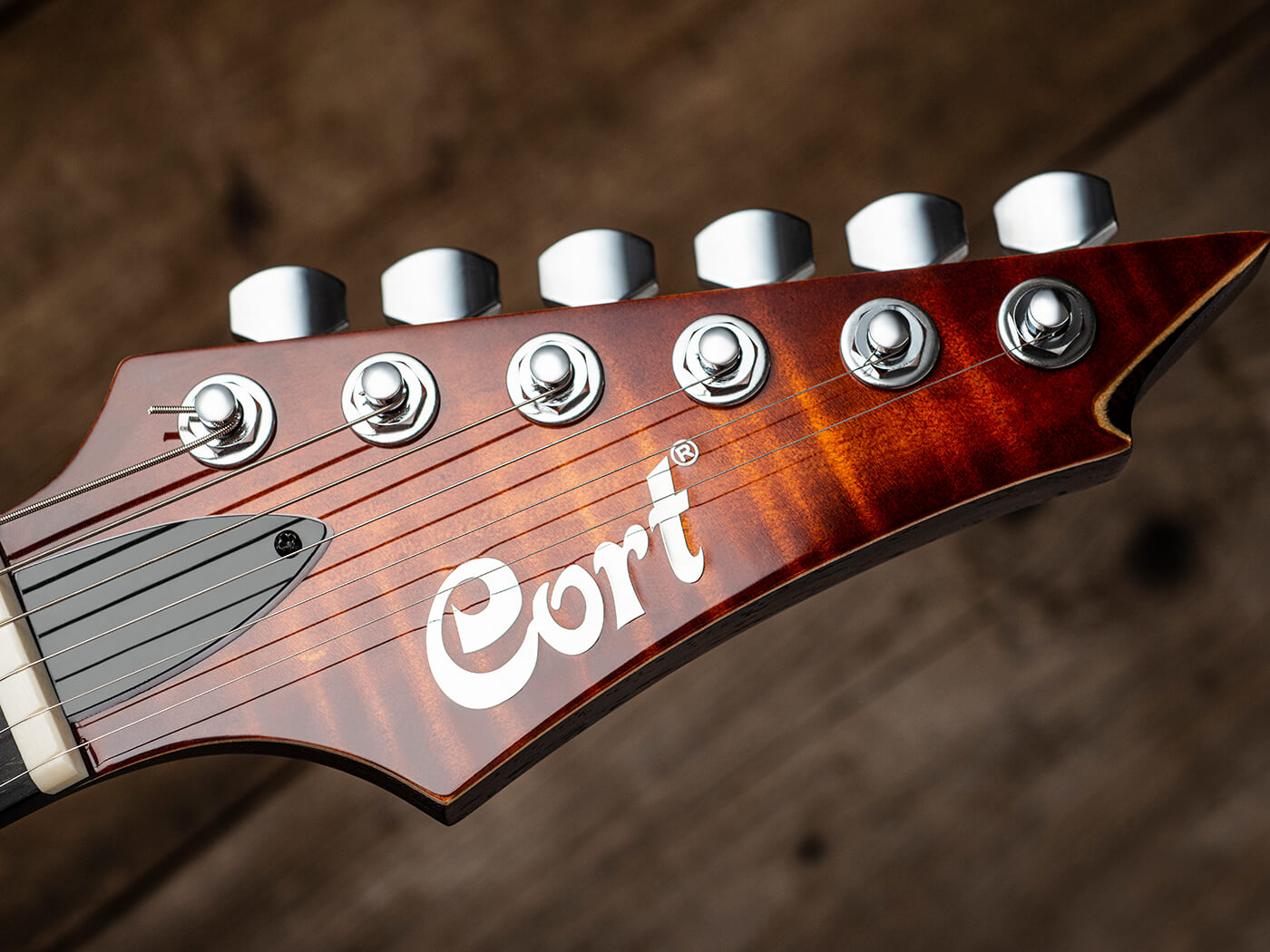 The KX300 is a more one-dimensional affair but that’s not to say it’s only suited to extreme saturation. Though the dynamically responsive Super 77s excel with distortion, they are equally as characterful through more vintage-voiced overdrives. Were you looking to purchase these pickups alone to upgrade an existing guitar, they’d cost around £170 for a set, so it’s particularly impressive to see them appear on an instrument at the KX300’s bargain price point.