From California maker Dunable comes a one-pickup guitar with, er, two pickups… and a visual banquet of natural timbers. Is this the ultimate high-class rock axe? 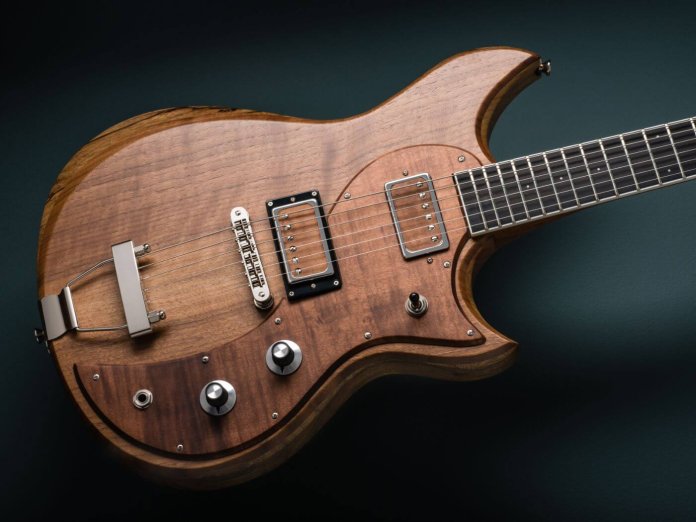 If you think ‘American boutique’ means the place where you get your designer baseball caps, allow Sacha Dunable to set you right. This indie maker is based in southern California, the spiritual home of the electric solidbody guitar, where he crafts mean-looking instruments with the emphasis on quality, playability… and wood. All kinds of wood.

This Cyclops model has a satin-finished three-piece body of black limba and mahogany, a figured walnut top, a mahogany neck with an ebony board, a maple pickguard and even maple pickup covers. We can’t imagine why Sacha has stuck to boring old plastic for the truss-rod cover. The overall effect is, well, woody… but there’s a lot more to this brand than shades of brown. 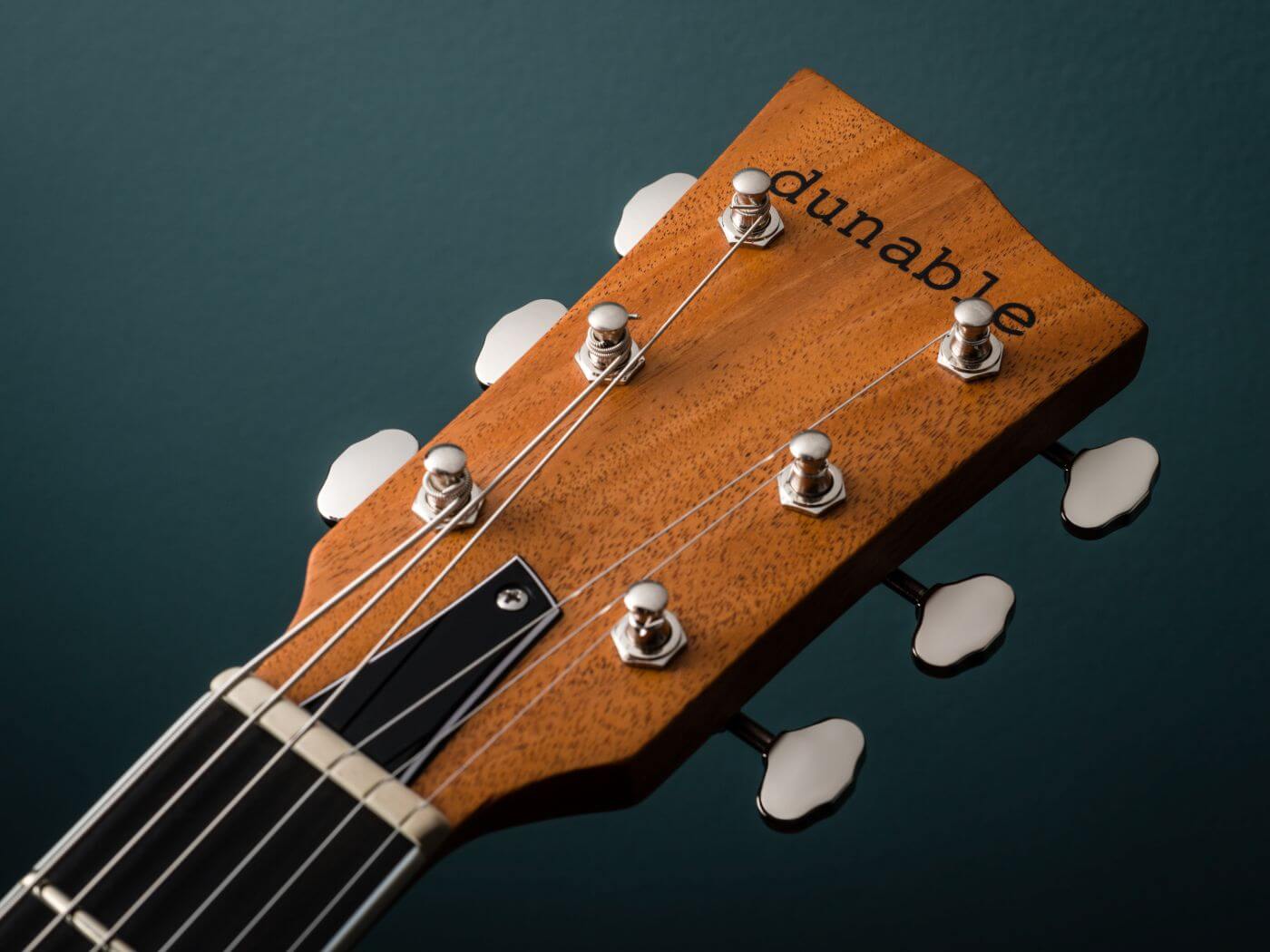 The essence of boutique building means small-scale craftsmanship, with no corner-cutting on component choices. Perhaps most notably, our test guitar has a pair of the luthier’s own Grizzly humbuckers, made with alnico IV magnets and slightly mismatched scatterwound coils. Dunable says these have been specifically designed for his guitars’ construction and 25.5-inch scale length – which, when you think about it, is not true of most humbuckers.

Other key features include a trapeze tailpiece, open-backed Grover Sta-Tite tuners with an 18:1 gear ratio, a Tusq nut and a striking pair of skirted control knobs which look like something you’d find on a DIY synthesiser from 1978.

As for the design of the guitar itself, it’s a look that’s sure to divide opinion, especially among those old enough to remember – not necessarily with affection – the Westone Thunder 1-A. That 80s Japanese workhorse doesn’t really deserve to share a paragraph with this much classier creation, but the superficial resemblance is hard to forget once you’ve seen it. 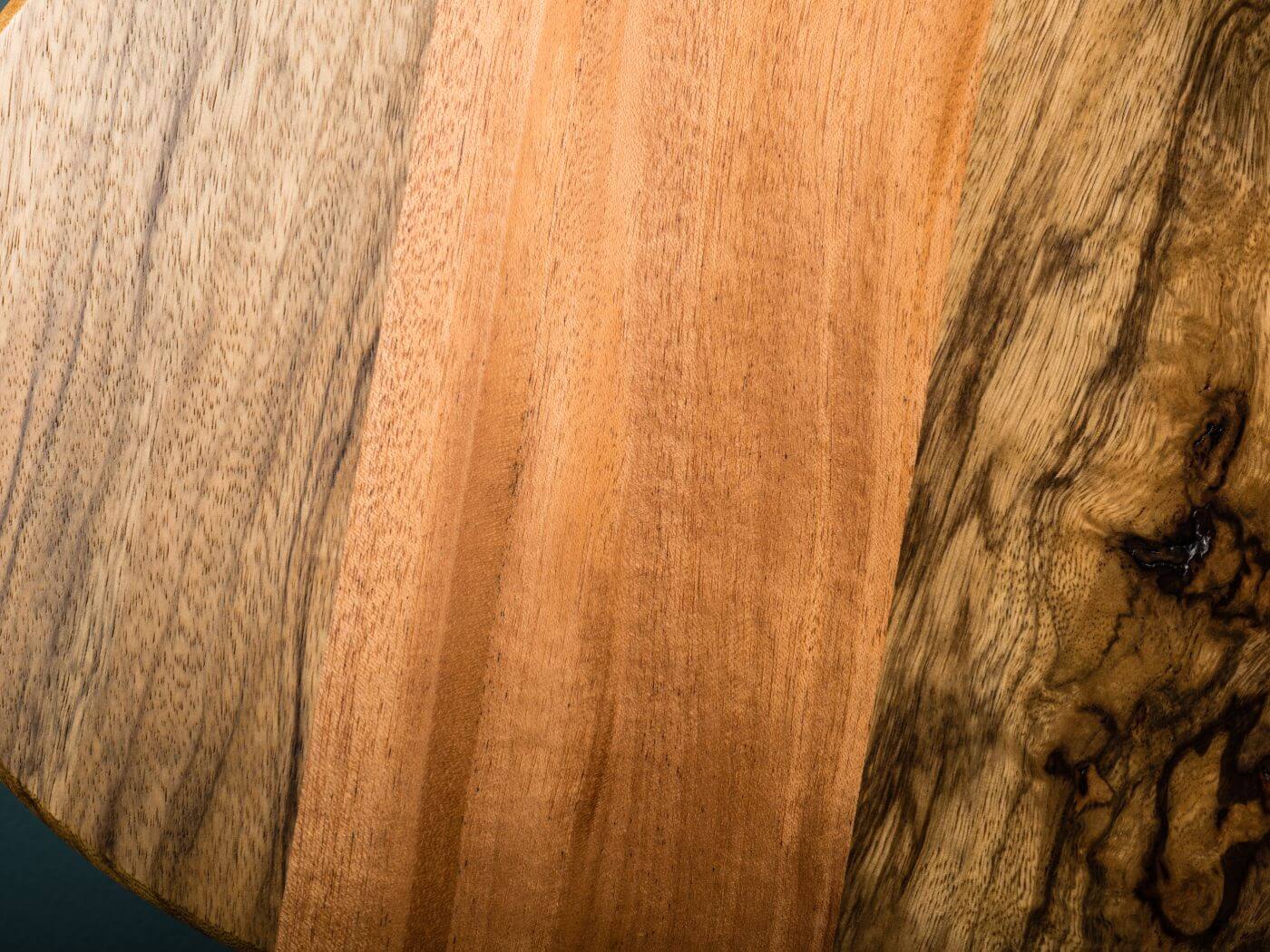 That’s not the only aesthetic issue: seen from the back, the yellowish limba wings clash somewhat with the russet hue of the mahogany centre section. Luckily, the walnut and maple on the front complement each other nicely, and those pickup inlays actually look extremely smart. It’s just a pity the chunky maple pickguard is a little wobbly-edged around the pickups and at the neck join. Well, it’s all part of the hand-made vibe.

If the specifications here don’t suit, contact UK distributor Coda Music, as it’s possible to create your own dream machine via the numerous custom options on offer. However, the Dunable website quotes a $500 surcharge for custom builds, so if you want this model in metallic orange with block inlays and a Bigsby, you’d better be as well-heeled as you are patient.

Oh, and why is it called the Cyclops? Because it only has one pickup, of course. Although… no, you’re quite right, it hasn’t. But it is available in single-pup format, and that’s how this model was originally conceived. 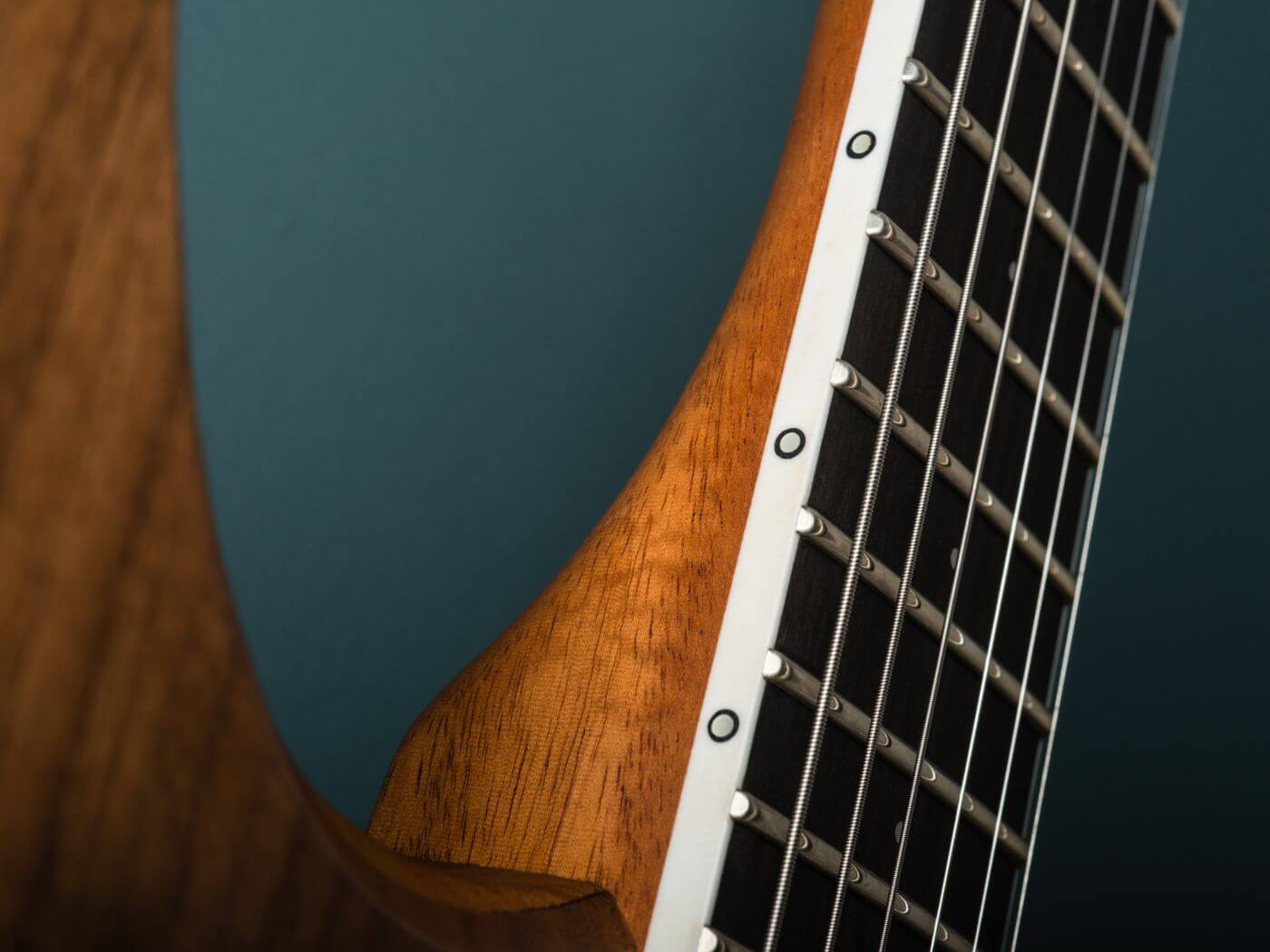 When he’s not wrestling with raw slabs of mahogany and walnut, Sacha Dunable is a member of progressive-metal outfit Intronaut. That information might shed some light on some of the design choices here – notably the shallow neck, flattish ebony board and fairly high-output pickups. It’s a versatile enough guitar, sure, but it feels and sounds most at home with technical rock playing.

Acoustically the tone is crisp and forthright, and even without an amp we find ourselves playing fast runs up and down that slinky, unlacquered neck. The frets are jumbo but their ends are neatly dressed and with the low factory action it never feels like a bumpy ride. 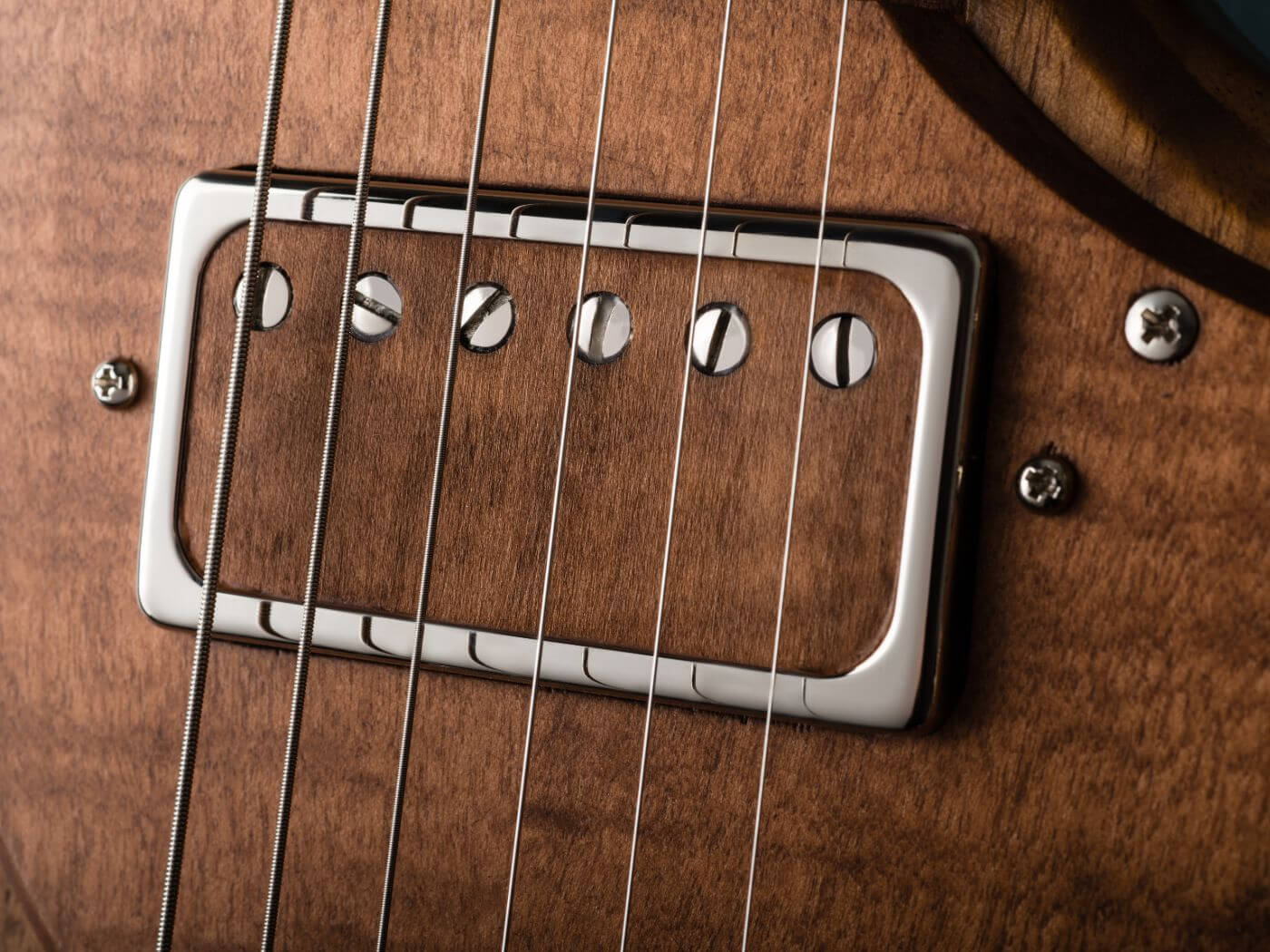 When we do plug in, the power of those pickups is immediately apparent. They’re not EMG-style rock monsters – resistance-wise we’re talking 9K for the bridge and just 7.6K for the neck, measured through a cable – but there’s a distinct bias towards strident hi-fi clarity over characterful cluck. So while you will find some chime and twang in bridge and middle positions, clean chords can sound a little ‘flooded out’ and overly spanky in the upper-mids.

Slam on the overdrive, though, and the beast awakens. The bridge pickup is bright and solid, perfect for hitting those high solo notes with positive precision, while chords have more freshness in the top end than you’re ever likely to get from a 24.75-inch Les Paul or SG. Right-hand dampers should watch out for those ringing strings behind the bridge, mind. 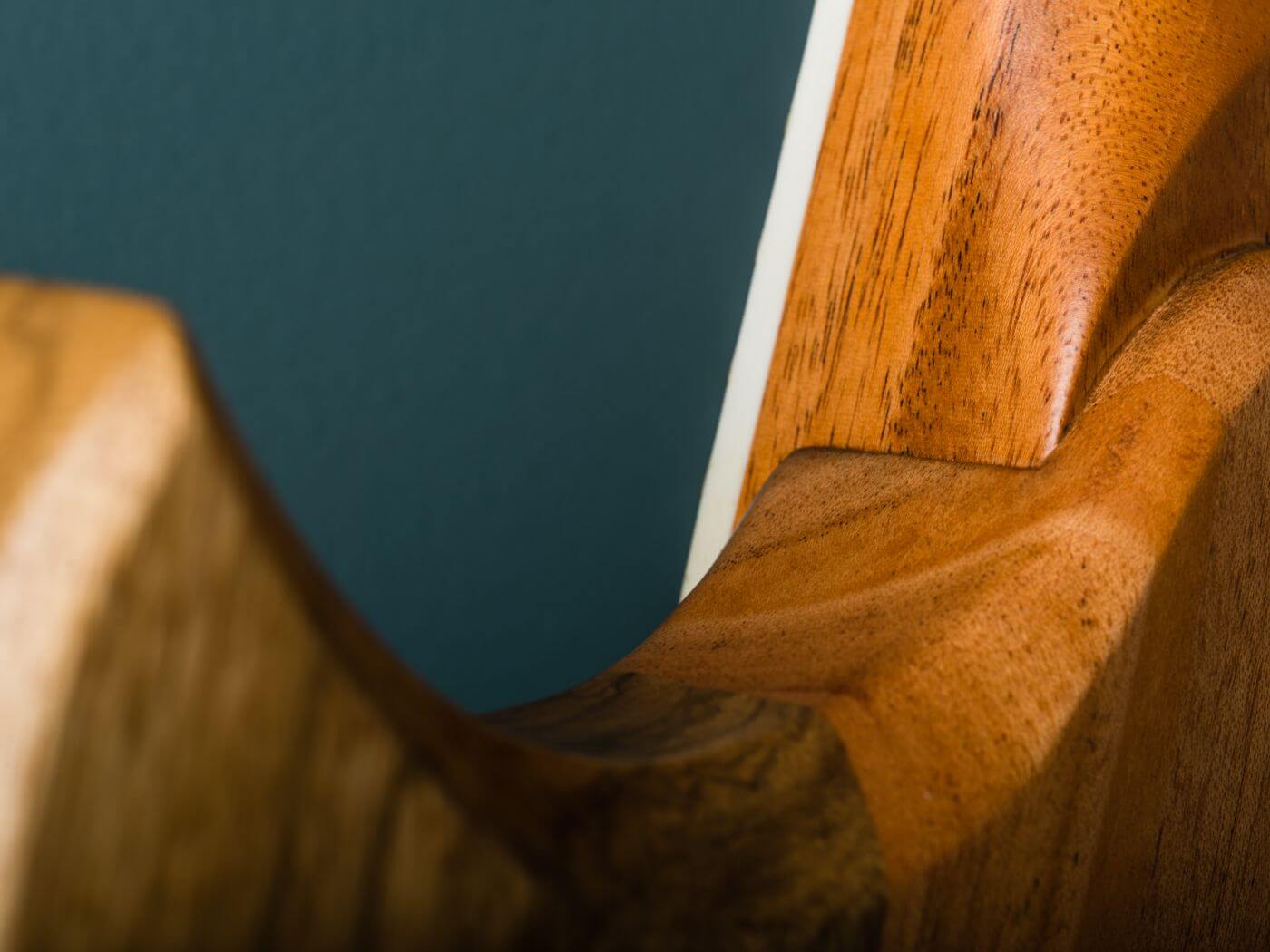 The neck humbucker isn’t quite as much fun, inevitably, but that’s not to say it doesn’t have anything to offer. While you’d hardly call it soulful, it’s a mighty smooth operator when you want to slow things down; and it still keeps everything supremely tight, with no danger of mushiness.

If mushiness is what you want, or at least a mellowing of the transient spikes, there’s a knob for that – but it’s not the one you might reach for first. While the tone control doesn’t do all that much until it’s pushed down below halfway, cutting volume just a touch results in a softer-edged (as well as quieter) sound that’s surprisingly appealing. With a low-wattage amp especially, killing the spiky stuff means the guitar’s natural jazzy thump suddenly has room to express itself. Maybe after your mathcore gig you can take it along to the nearest cocktail bar… 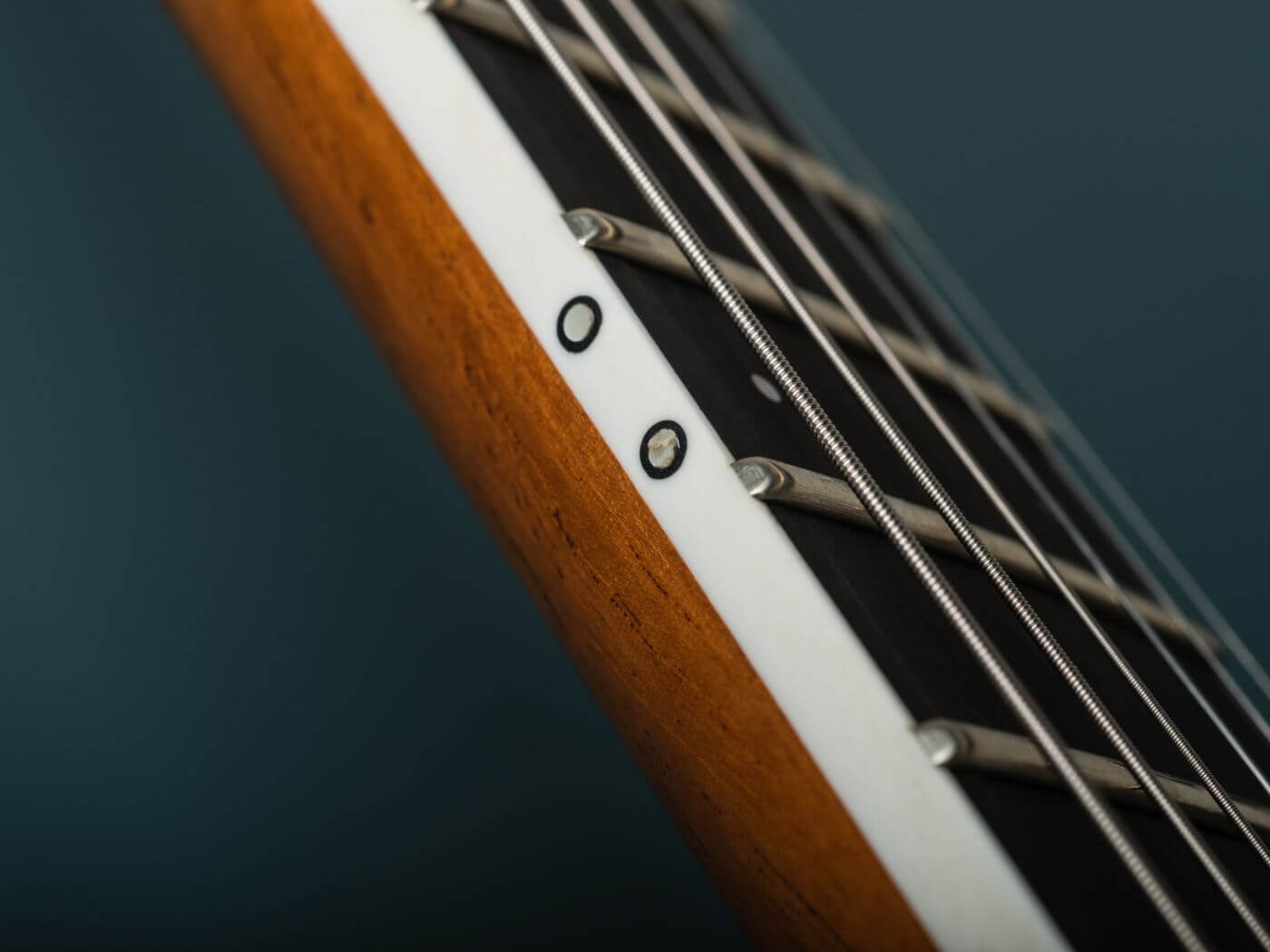 There’s little point in comparing the Dunable Cyclops with the usual Fender and Gibson reference points – it’s the sort of instrument that can make all your other guitars sound a bit ragged, even though you know they’re not really. But if you’ve already moved on from the ‘classics’ in search of the perfect vehicle for your modern, disciplined, mostly high-gain playing, it’s about as good a candidate as we’ve tried.