Now built in the heart of Motor City, Echopark Guitars continue to make waves. This stripped-down rock ’n’ roll machine certainly looks the part, but how does it sound? 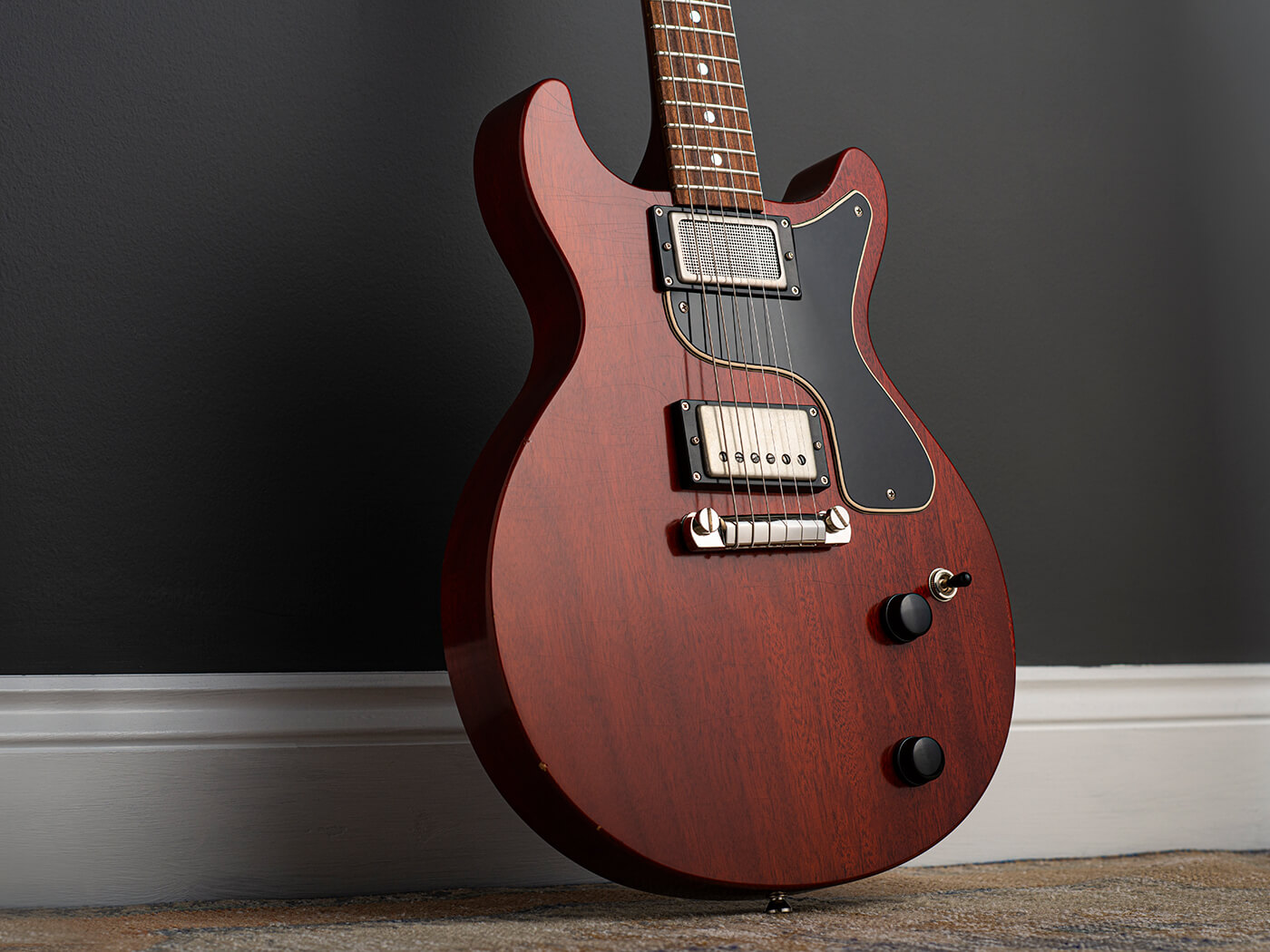 With its lightweight mahogany body, wrapover tailpiece and boutique pickups, The 59 echoes the past while bringing something new to the table.


Though Gabriel Currie’s involvement with Gibson’s much-publicised Authorised Partnership Program seems to have stalled for the time being, his Echopark guitar brand continues to attract plenty of big-name players. Though rock star guitars tend to come with rock star price-tags, since relocating to Detroit from Los Angeles in 2017, Currie has expressed a wish to focus on more affordable US-made instruments.

The new Echopark DT Series models are still priced squarely in the custom shop/boutique bracket, but they are certainly more accessible than his Case Study one-offs and Handcrafted Series models. They might not be as fancy, nor as extravagantly appointed, but there are still few compromises on the materials, hardware or electronics.

The 59 is an all-mahogany build with a set neck and an unbound pau ferro fretboard. Kahya mahogany – another term for African mahogany – is the timber of choice, and it’s light in weight with a pleasing if unremarkable grain pattern. Pau ferro can vary in shade, but this fretboard is at the darker end of the spectrum, with long and straight grain lines that indicate the board was cut on the quarter. 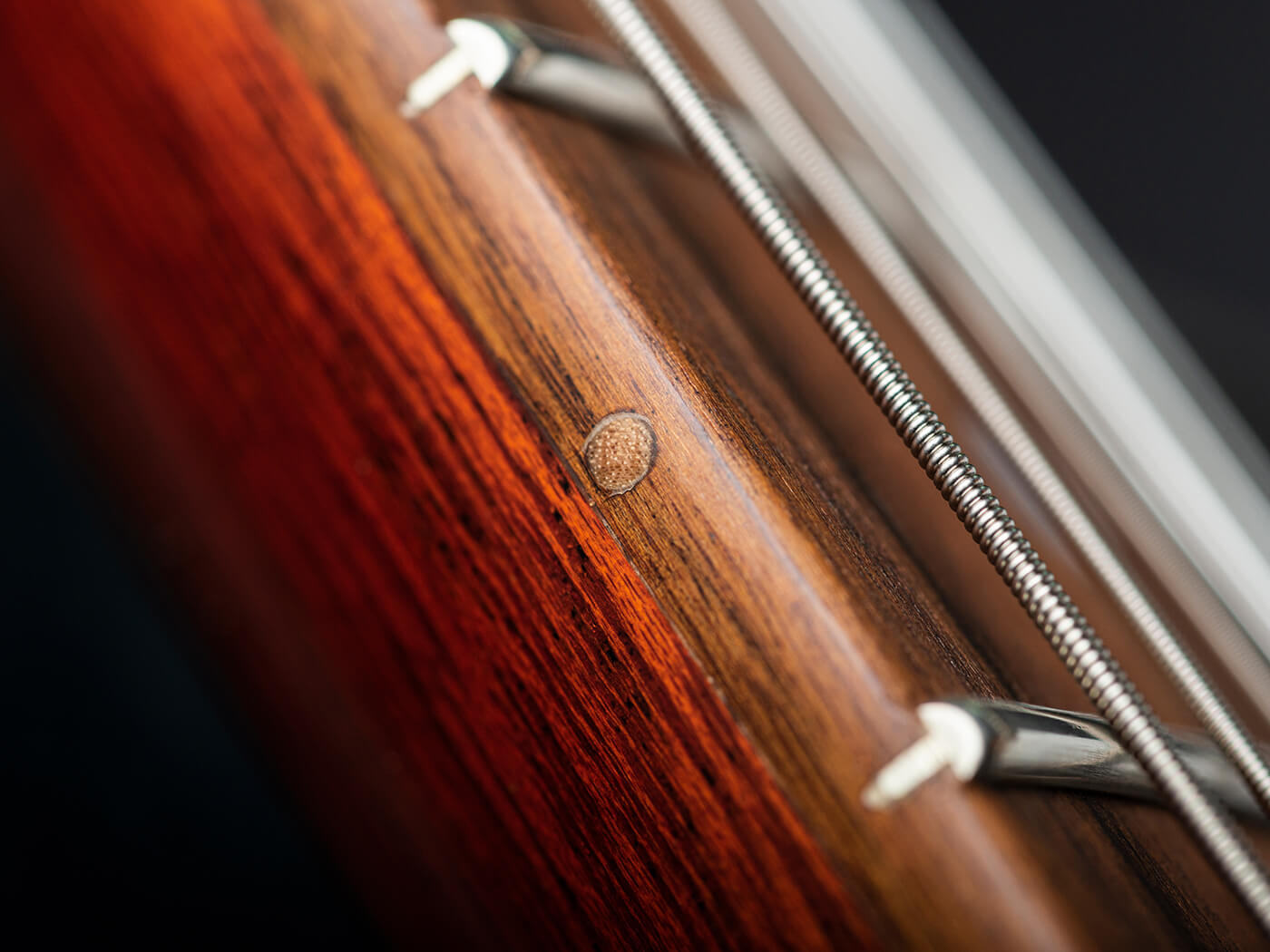 Since our review guitar corresponds co closely with a very specific classic guitar design, the headstock may initially appear disconcerting. A 17 degree angle was standard on Gibsons throughout the 1950s, but it’s a known weak point and the Kalamazoo company subsequently changed to 14 degrees in the mid-60s in order to lessen the chances of headstock breaks.

Echopark’s headstock angle appears even shallower. In theory, this could result in an insufficient break angle for the strings as they pass over the nut, but here, Currie’s ingenious solution is to taper the headstock thickness from the front. It’s over 4mm thinner at the end, which ensures a workable angle while maintaining thickness around the nut area for maximum strength.

A silkscreened gold logo and an engraved single-ply black plastic truss-rod cover enhance the peghead. Like the neck and body, it’s covered in checking lines – it isn’t the best faux-ageing we’ve seen, but it’s pretty good. Judging by the tiny chips and bumps along some of the lines, we’re pretty confident that some, if not all, were done using razor blades rather than thermal shock. Some also appear to be enhanced with a darker stain. 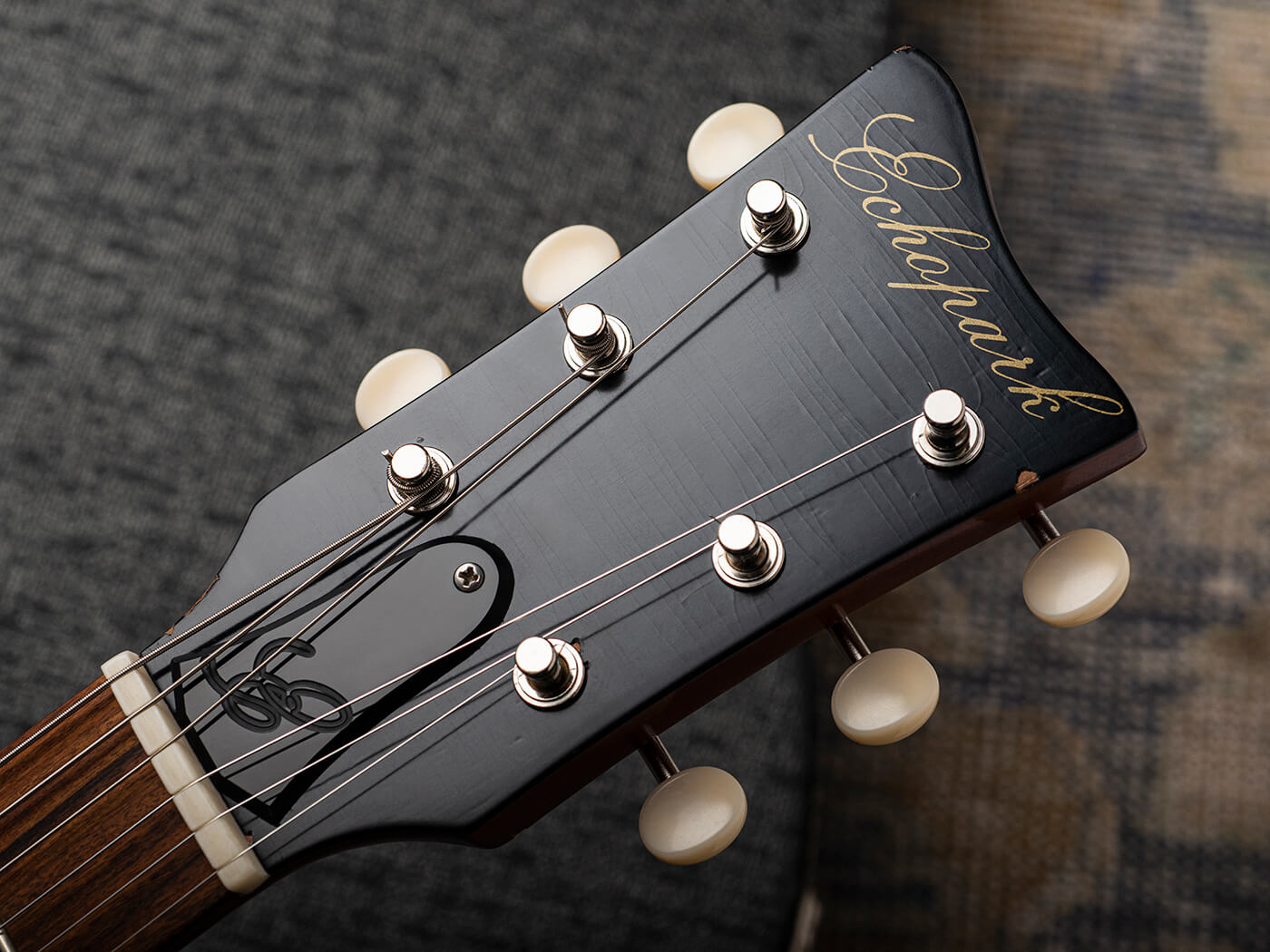 As expected, the controls are neatly hand-wired, with CTS pots and a Switchcraft switch. The pickups are made by Arcane in California, and though both are PAF-sized, here we have a PAF-type at the bridge and a Silver Coil in the neck.

Echopark’s humbucker specs tick all the boxes for a vintage correct repro, with a DC resistance of 8.4k. Then again, the same can be said for most high-end PAF replicas but it’s no guarantee that they’ll sound like the real deal. We’ll assess that later.

The Silver Coil is more unusual and it’s described by Echopark as a “true replication of the legendary 1965 Gold Foil pickups found in Teisco”. It features American ceramic bar magnets, a steel baseplate and light wax potting, and its DC resistance reads about 7.4k. 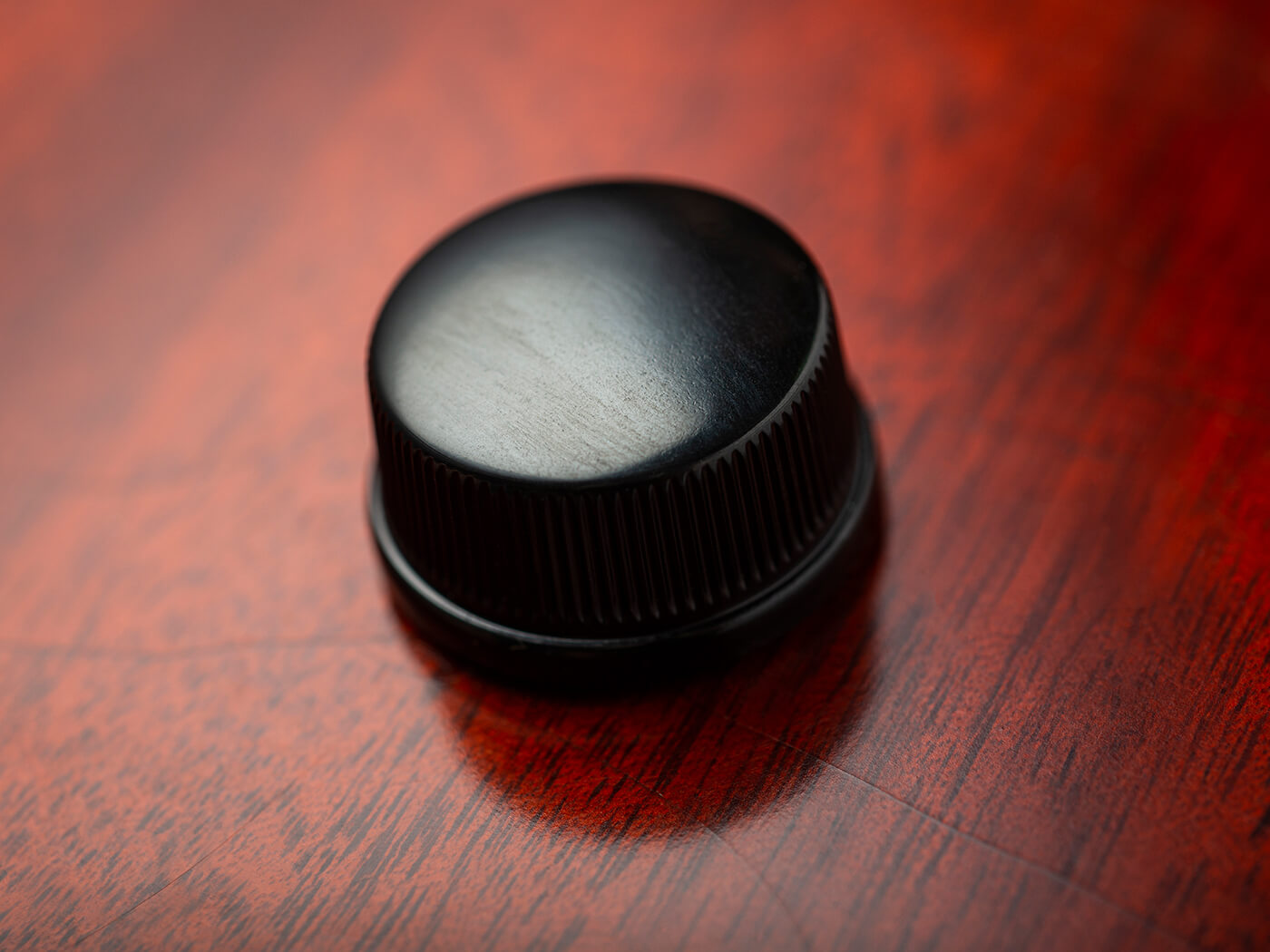 With its lightness, balance and grippy neck, The 59 feels almost effortless to play. The unplugged tone is airy, chiming and has naturally long sustain, but it’s not quite as deep or full as the single-cut 1956 Les Paul Special that we have on hand to compare.

The bridge setting has very familiar PAF-like qualities, with clarity, cocked-wah quack and unforced upper mids. It also captures detail impressively and cleans up for jangle and country-style tones.

This is one of those pickup combinations in which the neck unit is as bright – if not brighter – than the bridge. The Silver Coil is a remarkable sounding pickup that is very clear, has ample presence and yet never gets shrill or edgy. It also achieves that elusive combination of transparency and power, and easily holds its own with the humbucker. 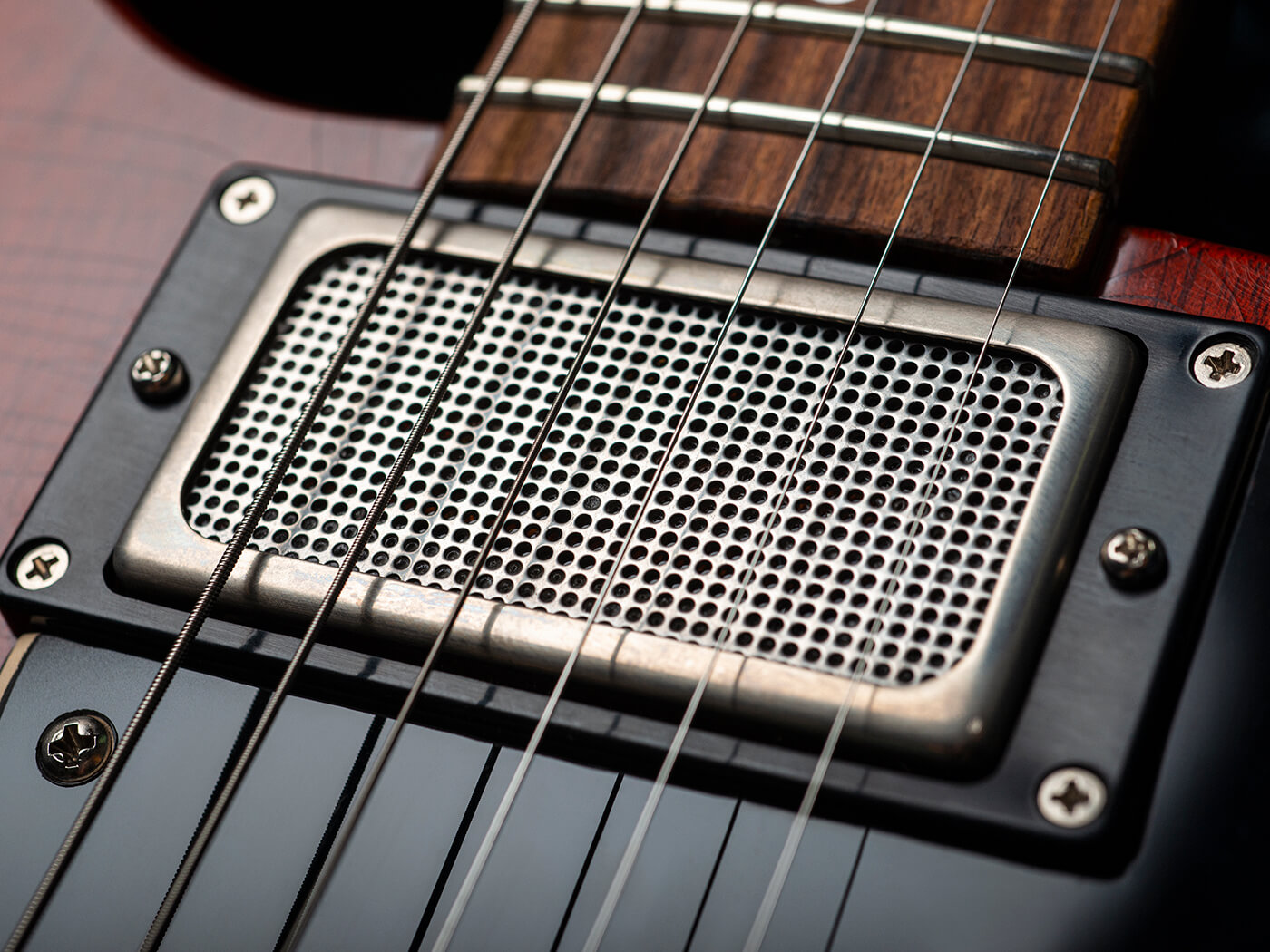 We often find that guitars with this sort of build hand everything to you on a plate – entrée, main course and desert simultaneously. There’s a lot to savour, but you get it all at once rather than layers of complexity and subtle tonal flavours that gradually reveal themselves. It’s a rock ’n’ roll thing, and there’s nothing wrong with that.

There are details that slightly concern us. Four of the tuner bushings sit proud of the headstock’s post holes, the nut corners are square and sharp, and there’s a large chip on the edge of the volume control knob – although perhaps the latter counts as relic’ing.

We also wish the bridge and tuners were aged to match the hardware and finish, and find the pickguard a little crude, thanks to its rough and irregular rollover rather than the traditional angled bevel. Some will view this as handmade charm, but failing to point it out would be unfair to all those guitar builders who strive to get the fine details perfect. 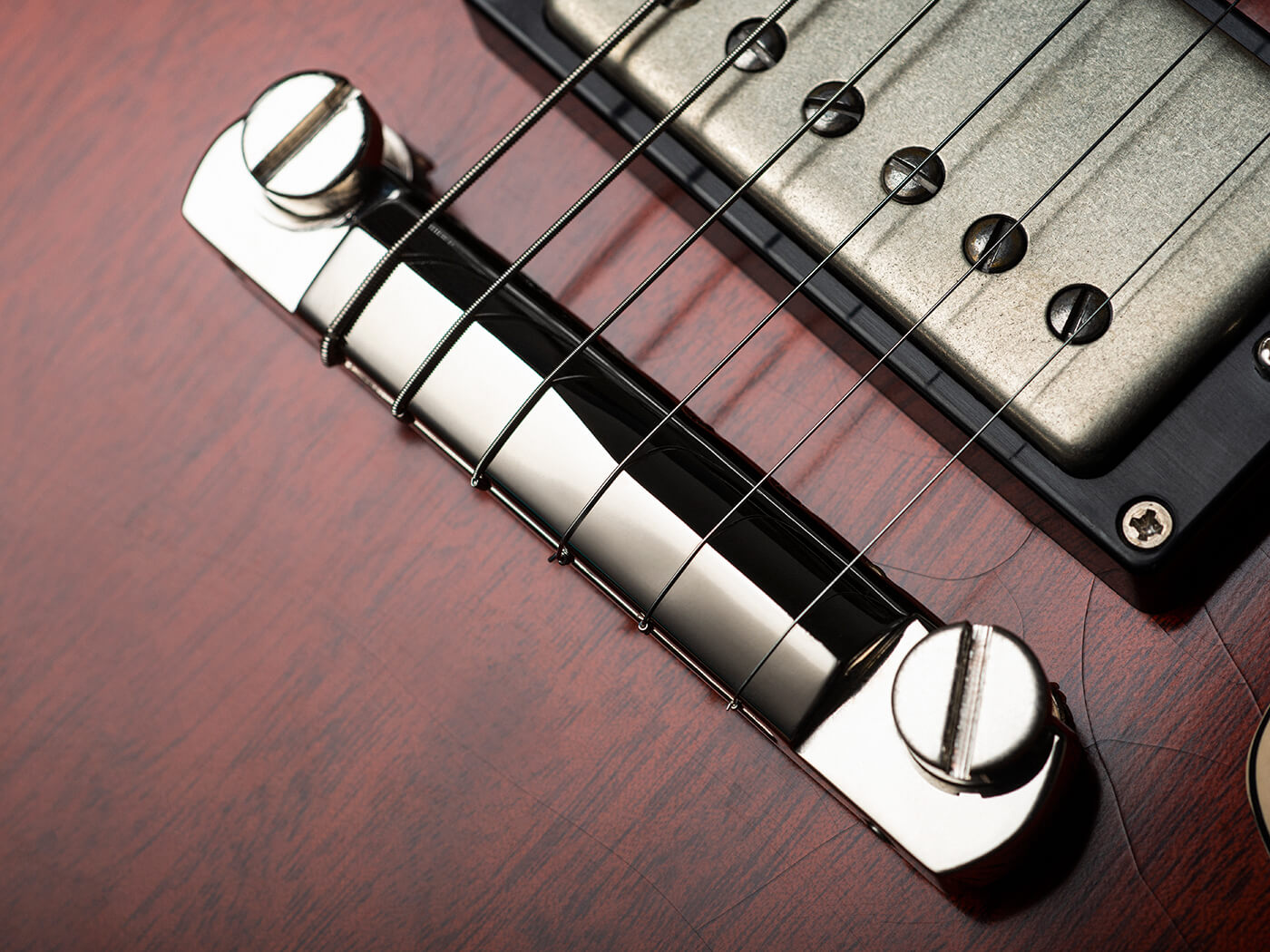 Fortunately, it’s far harder to find fault with The 59’s tone or playability. Steer clear if you don’t like fat necks, but we love them and feel that a guitar like this would be all wrong without one. The profile is perhaps not as refined as some vintage-style Gibson necks – or indeed vintage ones – but it’s a vibey and very comfortable deep U that actually feels much more 1958 than ’59.

We long ago concluded that a lightweight mahogany body with a wraptail is as close to a sure thing as you can get in electric guitar making. It’s a near guarantee of vibrancy, sustain and lively harmonics, but the pickups still need to do the guitar justice – and these units are pretty outstanding.

High-quality materials and tone are a given at this price-point and the DT Series 59 doesn’t disappoint. But competition is stiff and with Echopark you’re buying into the slightly rough and ready rock ’n’ roll vibe too. It won’t suit everyone, but we’re confident this one won’t be hanging on the wall at Coda Music for very long. 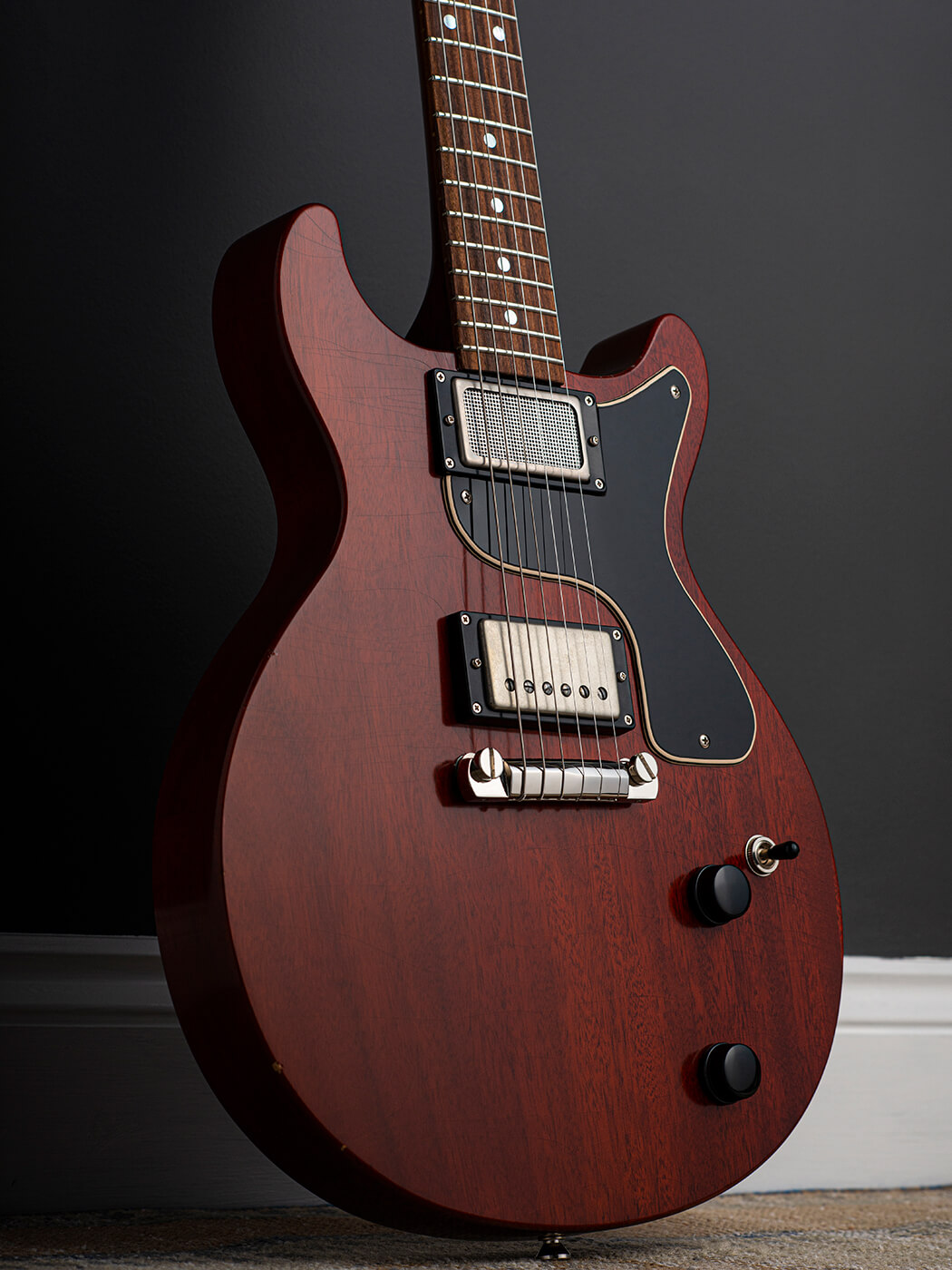