One of the biggest names on the boutique scene launches its most affordable instruments to date. 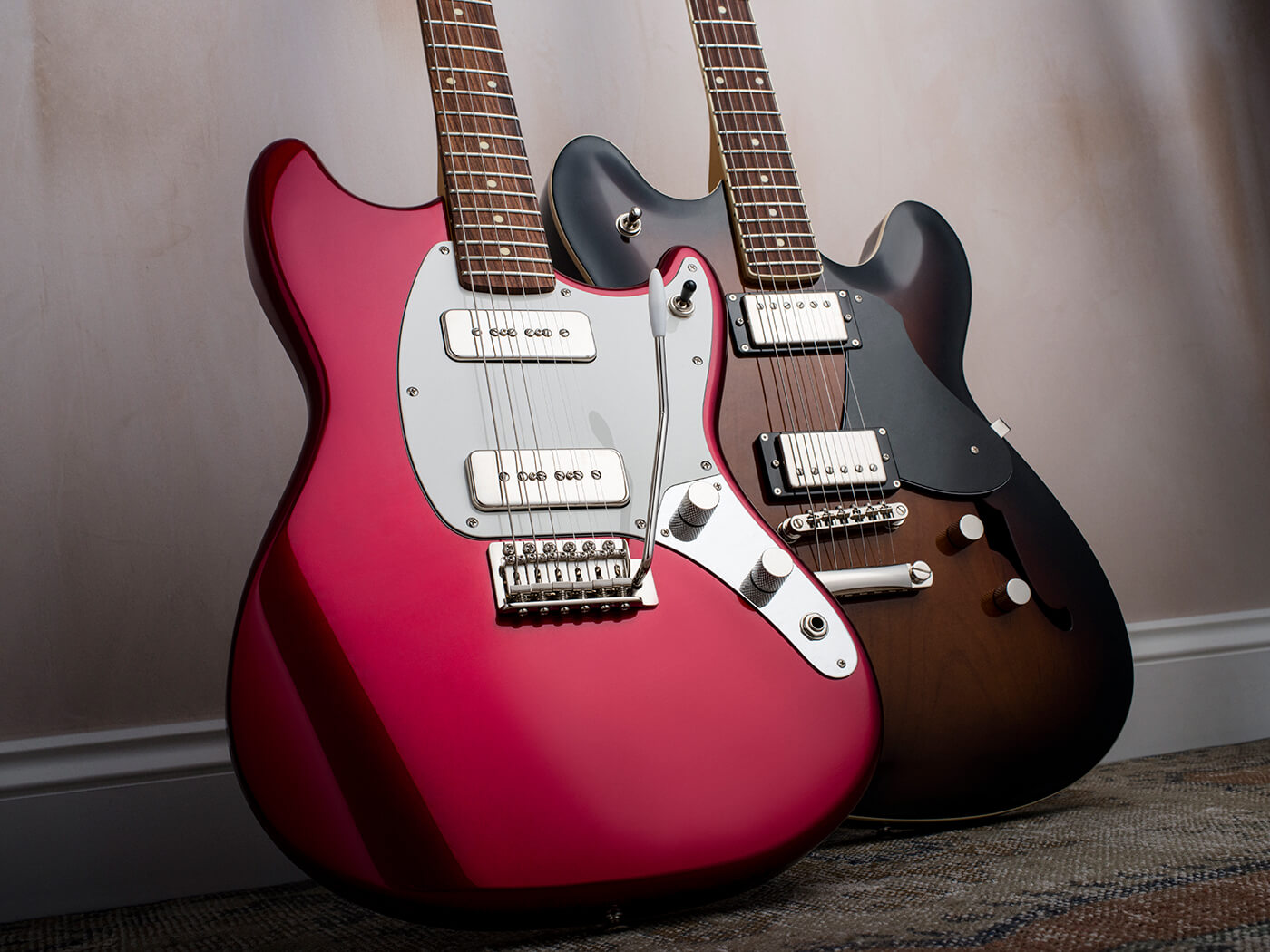 Say ‘boutique guitar’ and one of the first names that comes to mind will probably be Fano. But with prices for the brand’s made-to-order American Alt de Facto beauties starting at well over £2,000, ownership is an exclusive club – and that’s where the new Omnis range comes in, supplanting the Standard series as the most affordable point of entry in the catalogue.

Aesthetically, these new instruments are not instantly distinguishable from their US-made siblings. Although he’s no longer at the company, all four models in the line are derived from current or past Dennis Fano designs, but they come in below the magic thousand-pound mark thanks primarily to one revolutionary feature: a ‘Made in China’ stamp on the back of the headstock. 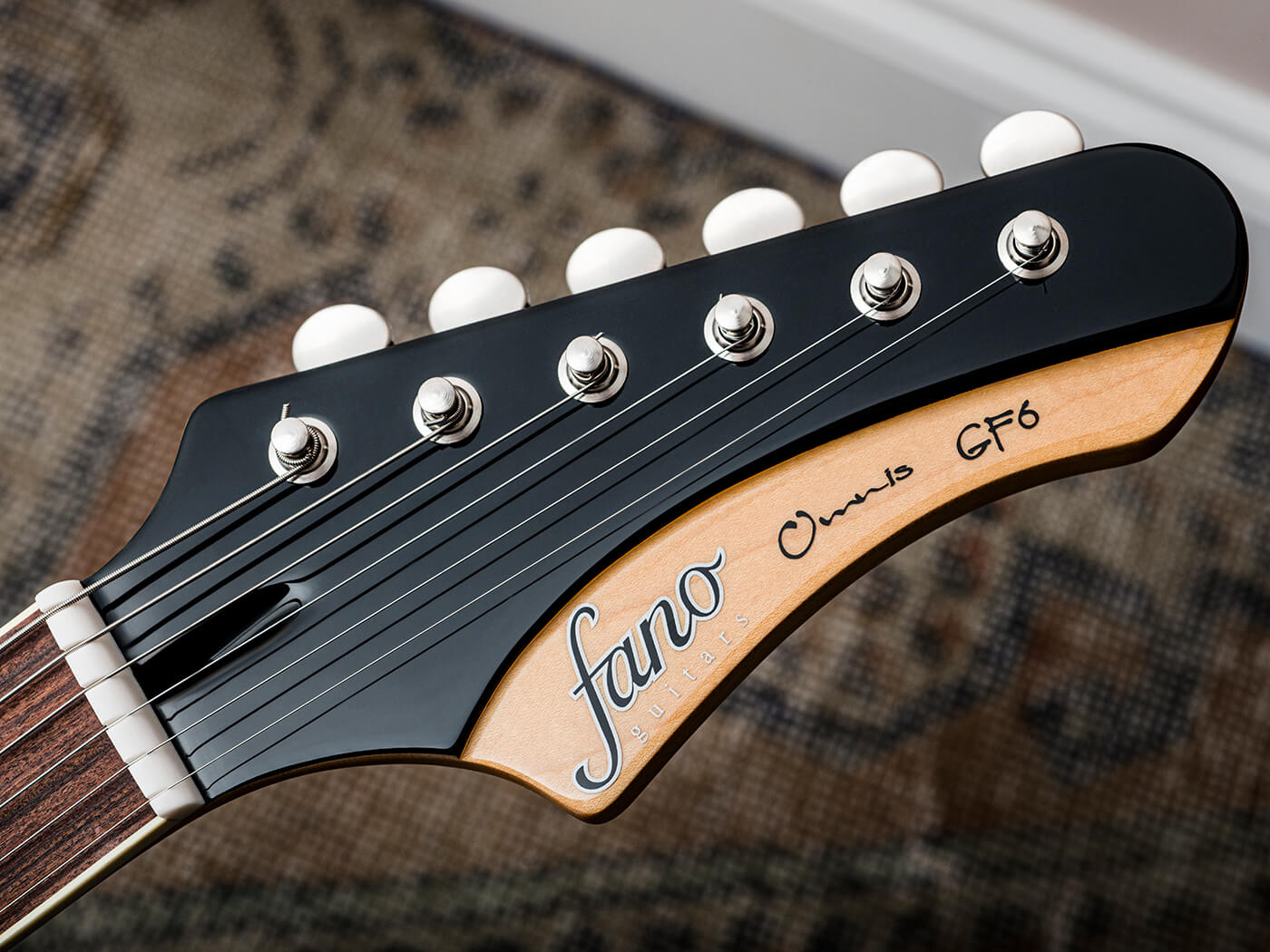 You get a whole host of custom options when ordering directly from Fano’s Arizona factory, covering everything from the electrics and hardware to aged finishes, but there’s none of that available here: keeping it simple and standard is all part of the price-cutting strategy. What you do get is proper tonewoods (all models have alder bodies and maple necks), Fano-designed pickups and that distinctive and much-imitated two-tone stepped headstock design.

The two models on test are the Omnis GF6, a semi-acoustic with humbuckers and an offset body shape that’s clearly inspired by the Fender Starcaster; and the Omnis MG6, which looks somewhat like a Mustang but with P-90s, a Strat-style bridge and the same full 25.5-inch scale length as the semi. 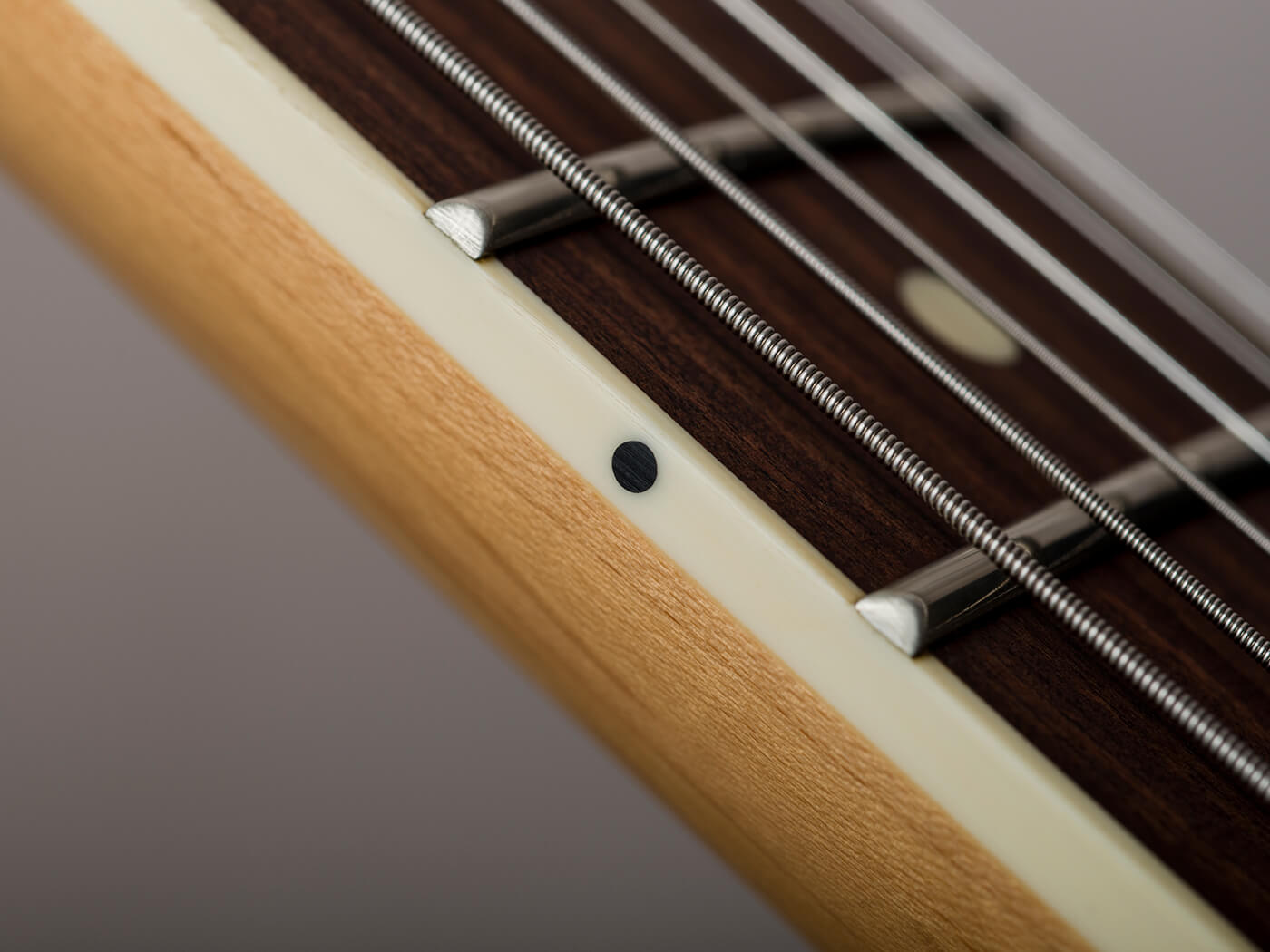 We’re immediately taken by the neck on the GF6, which is a moderately chunky C-shape with a smooth satin finish and cream binding. The front of the body is also bound and it’s an archtop but only just, while the flat back is made from four strips of timber.

The tuners are marked ‘Fano Deluxe’ but they’re generic units, as are the tune-o-matic bridge and stoptail at the other end. For a guitar made partly of air it’s pretty heavy at almost 4kg. 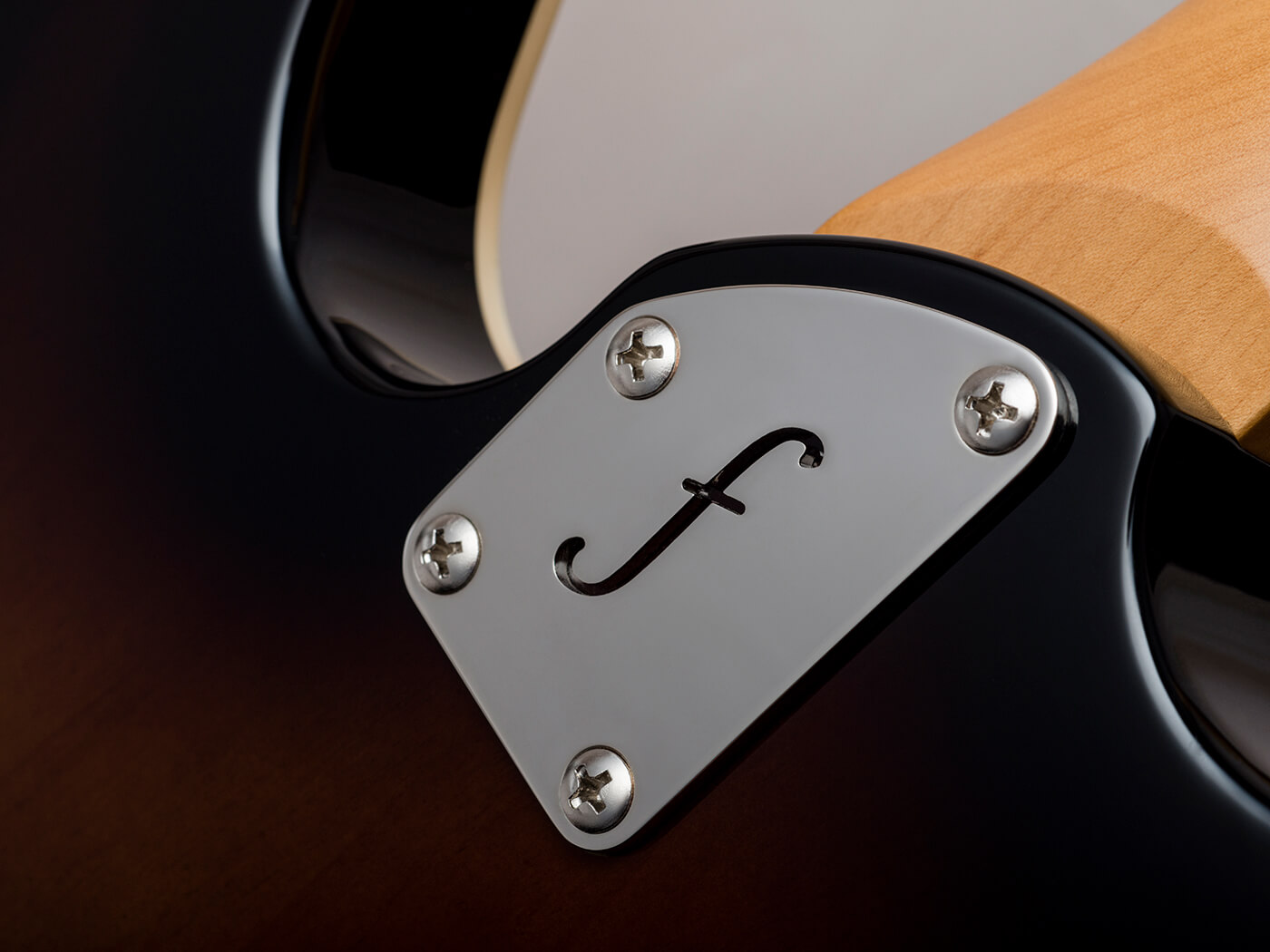 It’s fair to say the Mustang-ness of the MG6 is mostly superficial, but it does have some of the stripped-back, unpretentious feel of Fender’s short-scale classic. The headstock looks identical to that of the GF6 and the neck profile is only fractionally slimmer, but the unbound neck gives this solidbody a much more punky feel.

The front and back body chamfering is very much in the Stratocaster style, while the Strat-type bridge looks ever so slightly old-fashioned on a guitar of this type but is probably a prudent bet for tuning stability. 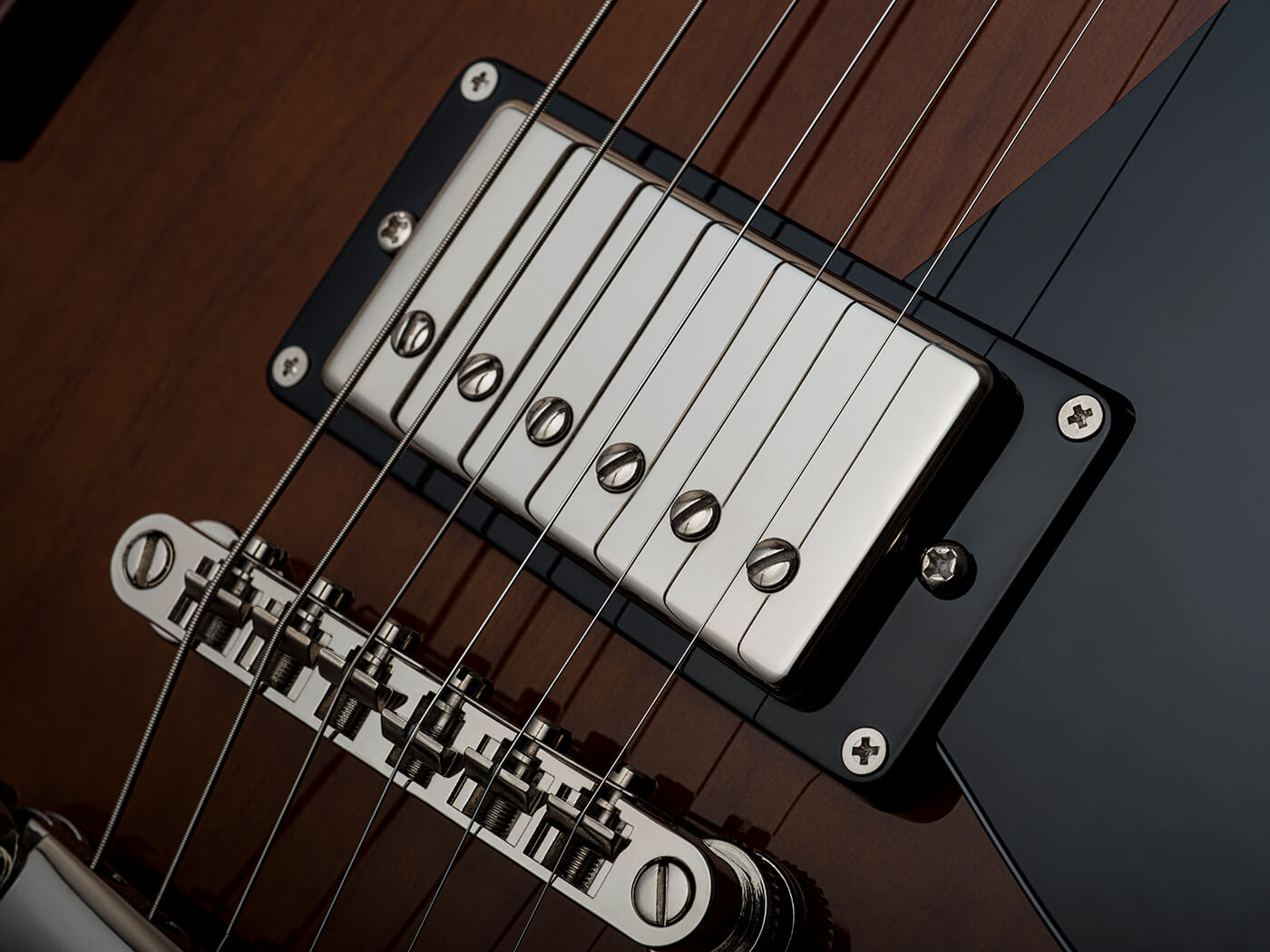 Dennis Fano’s new venture Novo Guitars has proved with its Rivolta sub-brand that you can manufacture US-designed instruments in Asia to a high standard – and in those terms, our first impressions of the Omnis GF6 and MG6 are just as reassuring for the company that still bears his surname.

Both necks are tidy fits in their pockets, the finishes are close to immaculate and the hardware feels robust. The frets are a tad scratchy on string bends and we’d have liked softer fingerboard edges – plus there’s an odd dark patch on the treble side around the 13th fret of the MG6 – but nothing here is going to cause major playability issues.

The GF6 steps up first to reveal an acoustic tone that’s warm and even, with very little in the way of midrange clank. As an unplugged sofa noodling machine it’ll do nicely… but the real test is in those humbuckers.

The bridge pickup’s overall tonality holds no surprises, with a balance of upper-midrange snarl and low-end beef that’s squarely in ES-335 territory. A lively ring to the response means this is not a natural choice for tight riffing, but it sustains for weeks and there’s plenty of expressive character here for soulful rockers and blues grimacers. 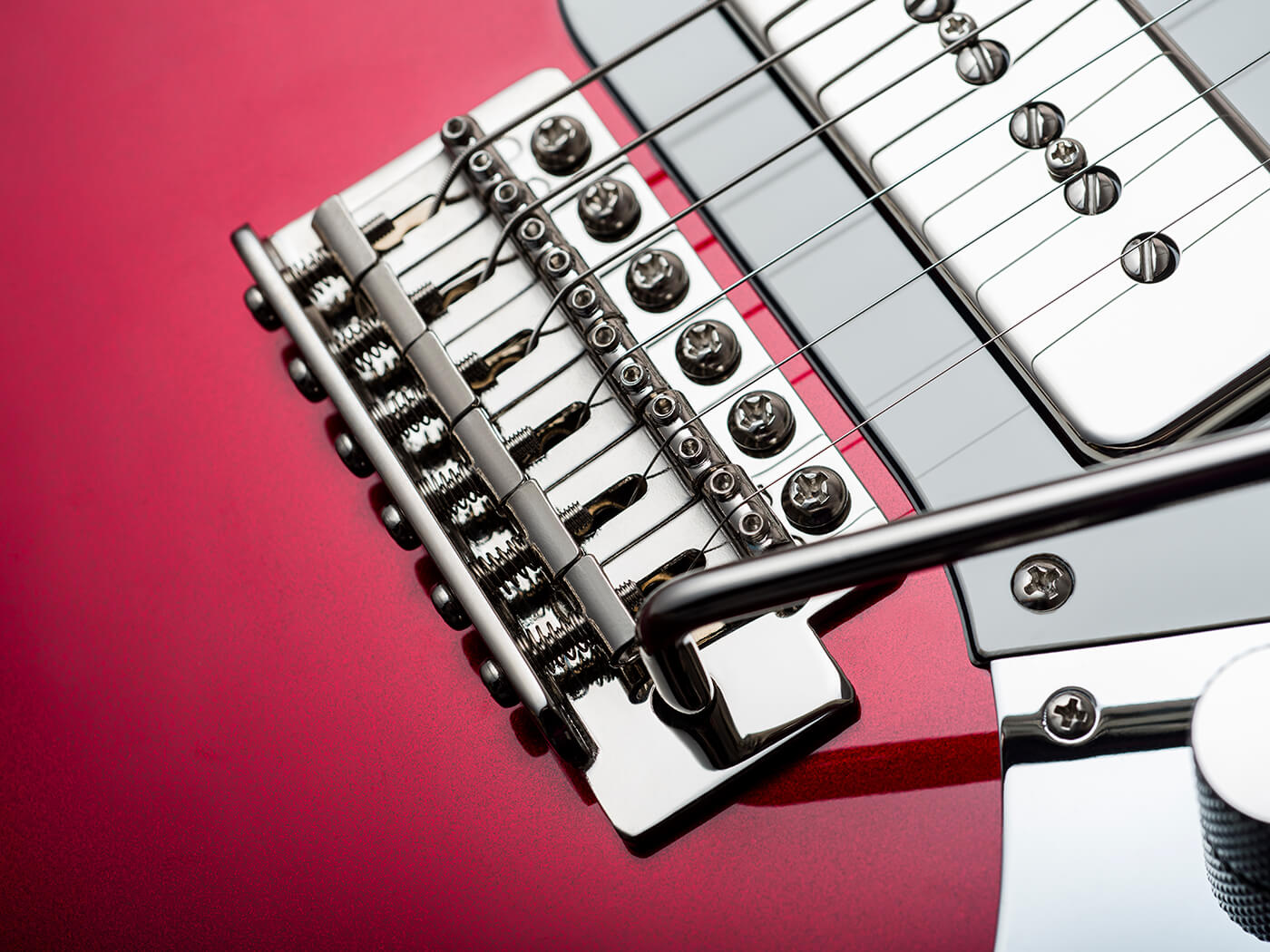 Flipping to the middle position introduces the usual two-pickup twinkle, but the output level still feels quite high and you might want to pull back a few notches on the volume control for clean strumming and arpeggios. That’s even more pronounced with the neck pickup on its own, which is great for buttery jazz runs but too full in the low end for anything light and breezy.

This is a modern guitar built upon a traditional design philosophy, and that compromise is evident in the access to the upper frets: it isn’t great, because the neck-join area of the body is just so chunky, but it could have been worse if not for the thoroughly 21st-century curved heel. 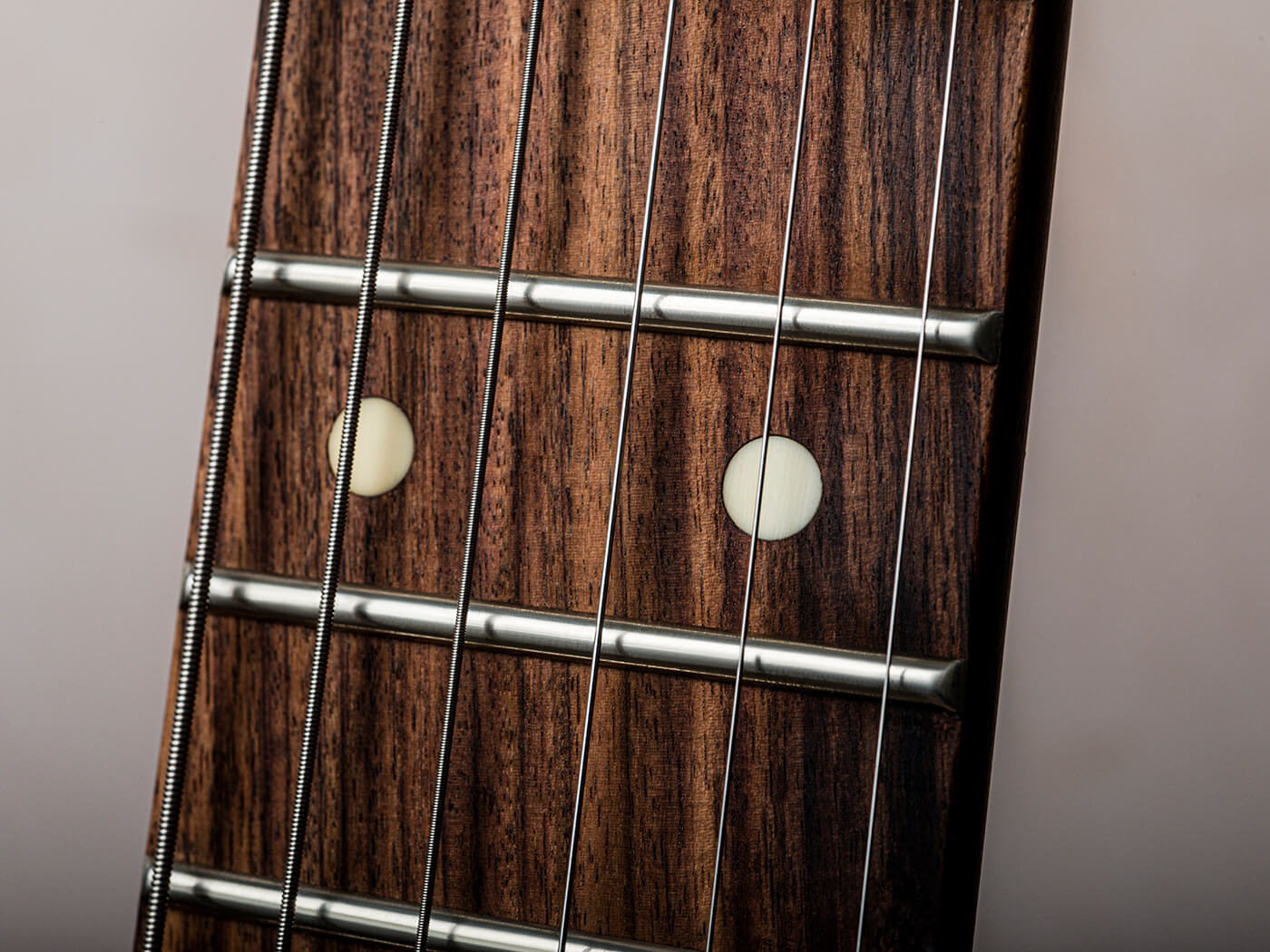 That’s also the case with our solidbody, the MG6, which feels distinctly weighty at a little over 4kg and whose acoustic tone is, frankly, not very exciting. But you can always rely on a good pair of P-90s to liven things up, right? Well, yes and no.

These are fairly hot pickups and the resulting clean tones are rather dark and airless for what is for all intents and purposes a two-pickup Strat. In all three positions it’s happier running through an amp with a decent amount of headroom to let its blooming low frequencies breathe, but even then it’s by no means a chimer. 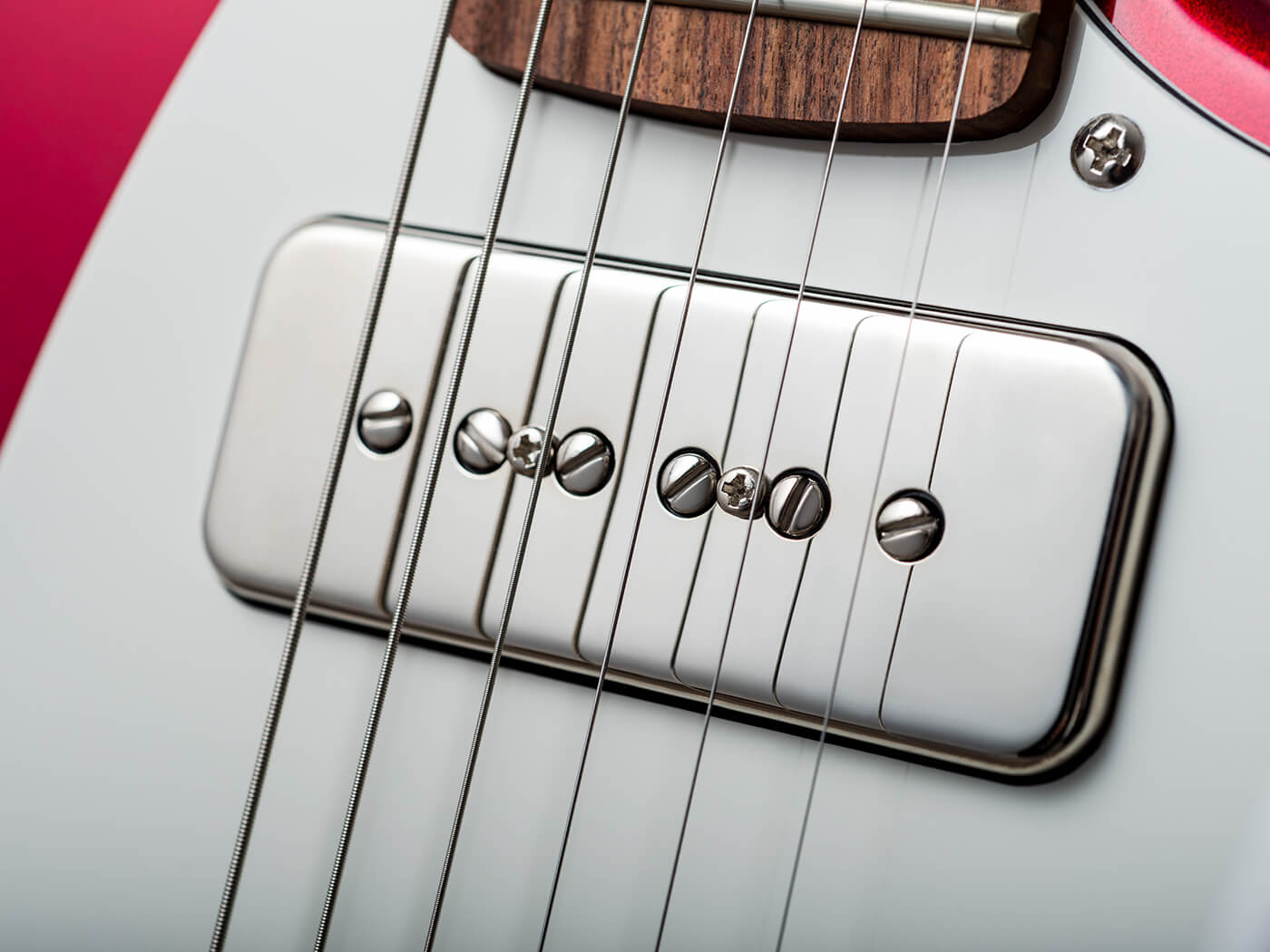 The good news is, you get some classic P-90 attack. Give it a little bit of overdrive to play with and the MG6 will reward you with thick yet articulate lead tones all the way up the neck. It has that boutique smoothness, and we’re left with the distinct impression that this thing was designed to rock.

If you’re used to offset-waist guitars with ‘floating’ bridges, the sheer brutality of the six-screw unit fitted here might come as a shock; with the back of the bridge sitting flush against the body it’s not ideal for gentle wobbles, but it can properly divebomb and – as long as you don’t really overdo it – it won’t whack the whole thing horribly out of tune in the process.

There’s no mystery to what Fano has done here. In terms of overall quality and value for money, these guitars are more than good enough to uphold the company’s much-respected name but not so good as to risk putting the American workshop out of business. A good job solidly (and semi-solidly) done.