Made in China using German engineering and American electronics, are these models a match made in heaven or diabolus in musica? 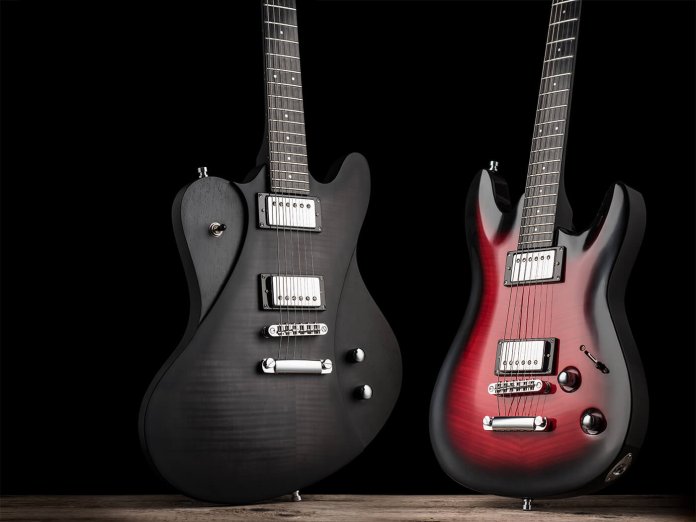 Framus launched the D-Series back in 2018, a new line based on the team-built German Pro Series and Custom Shop models but manufactured in the same Chinese facility as parent company Warwick’s RockBass series. The venture had auspicious, ambitious beginnings, with Framus offering a seven-strong range of D-Series models, which included signature instruments from Accept’s Wolf Hoffmann and Bon Jovi guitarist/YouTube star Phil X. Even lefties came at no extra charge.

Despite the D-Series’ variety of designs, staple features across the range included tiger-stripe ebony fretboards, Seymour Duncan pickups (except for the Hoffmann signature), Warwick Security straplocks, and soft gigbags. The  series was revamped at the end of 2019 and now boasts an even greater number of models, including the Idolmaker.

The Diablo Supreme is the more conservative looking of our review guitars. With its S-style outline, mahogany body, carved top with figured maple veneer and set mahogany neck, it falls somewhere between Fender and PRS in terms of construction and aesthetic. 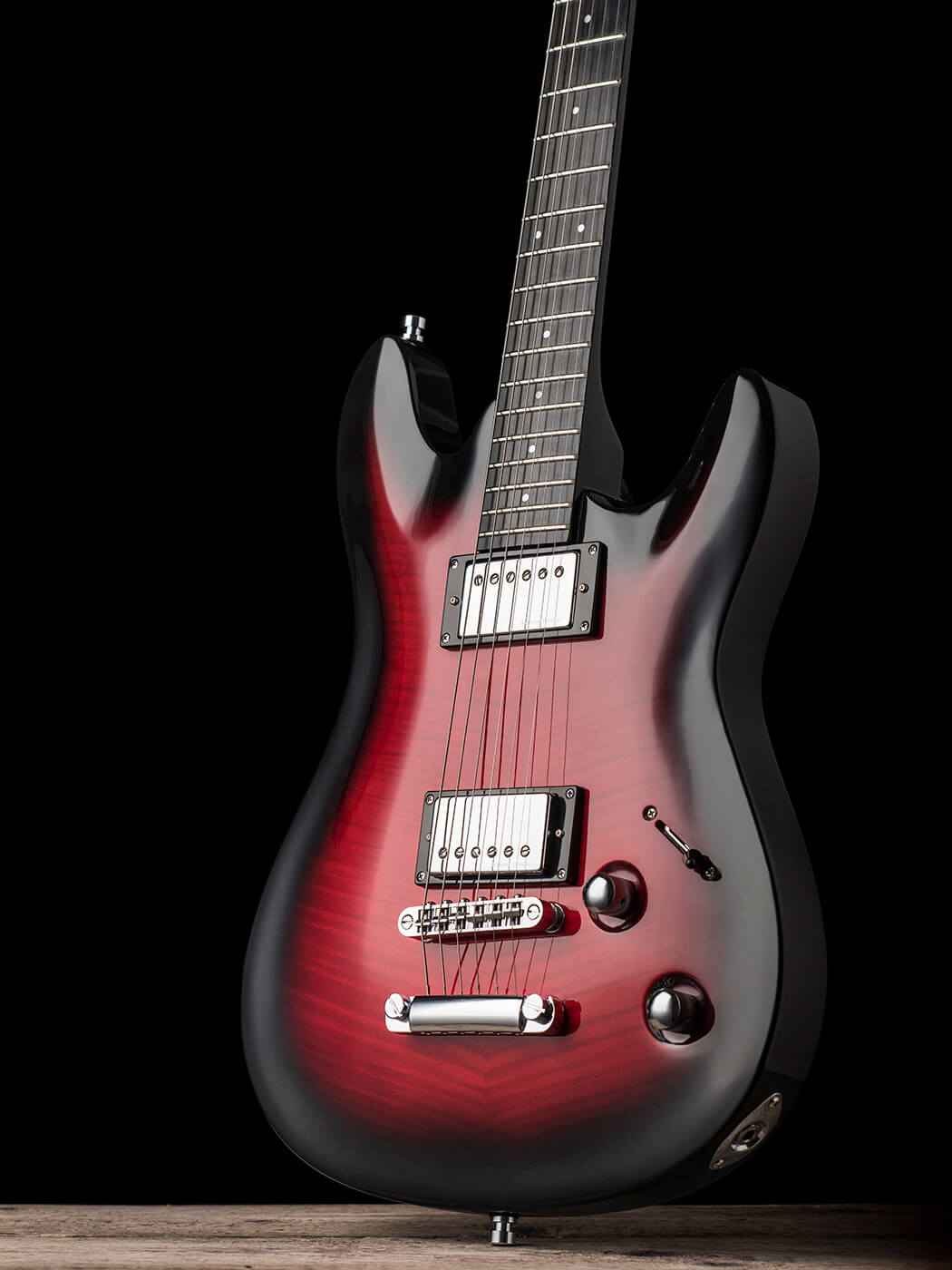 The dark and sumptuous ebony ’board and 12-inch radius provide a slick playing surface and the gloss finished, comfortably fulsome C-shape neck carve provides comfort and support for every style of rhythm and lead playing. The neck-join area is neat and tidy but a little portly, which, although not necessarily restrictive, takes up a good portion of your palm capacity when venturing up to the highest reaches of the fretboard. However, the extra girth has no significant effect on the overall weight and, strapped on, the guitar is comfortable and well balanced.

Despite both review models sharing construction specifications and woods, their appearance couldn’t make for a starker contrast, with the sinister industrial styling of the Idolmaker lending it the appearance of an instrument from another planet, let alone model series. The reverse-body offset design has a hint of Firebird about it – but that’s something of a hot topic right now so we’ll let you decide what it resembles. 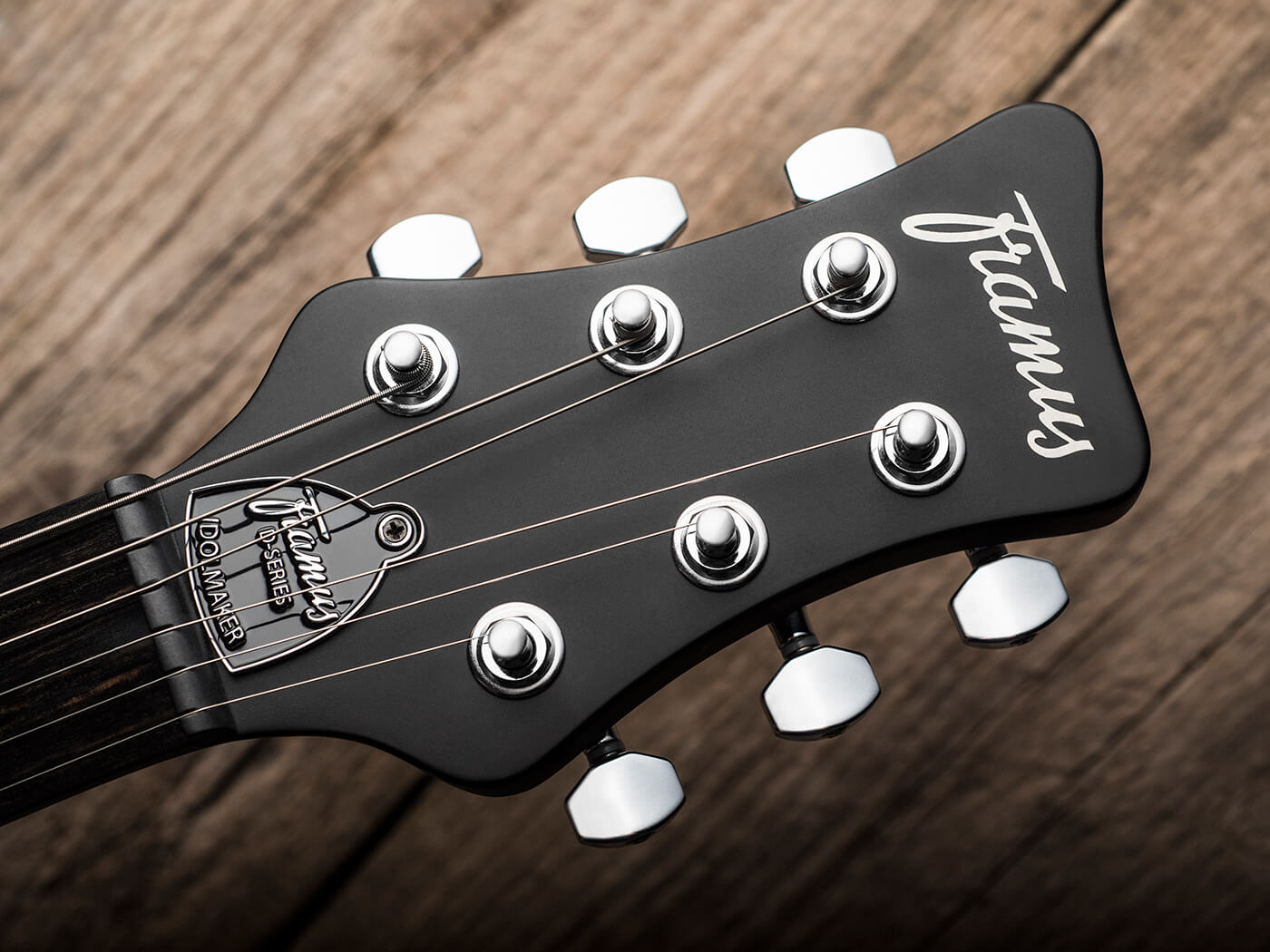 The satin finish brings an understated elegance to the highly figured maple veneer, offering a gentle appeasement to those who might be scared off by the potentially divisive body shape. Unlike the Diablo, the Idolmaker possesses a shorter, Gibson-style 24.75” scale length and a satin-finished neck, although the neck carve feels similar. Ultimately, it will be your scale-length preference that will determine which is the more appealing guitar in terms of playability. 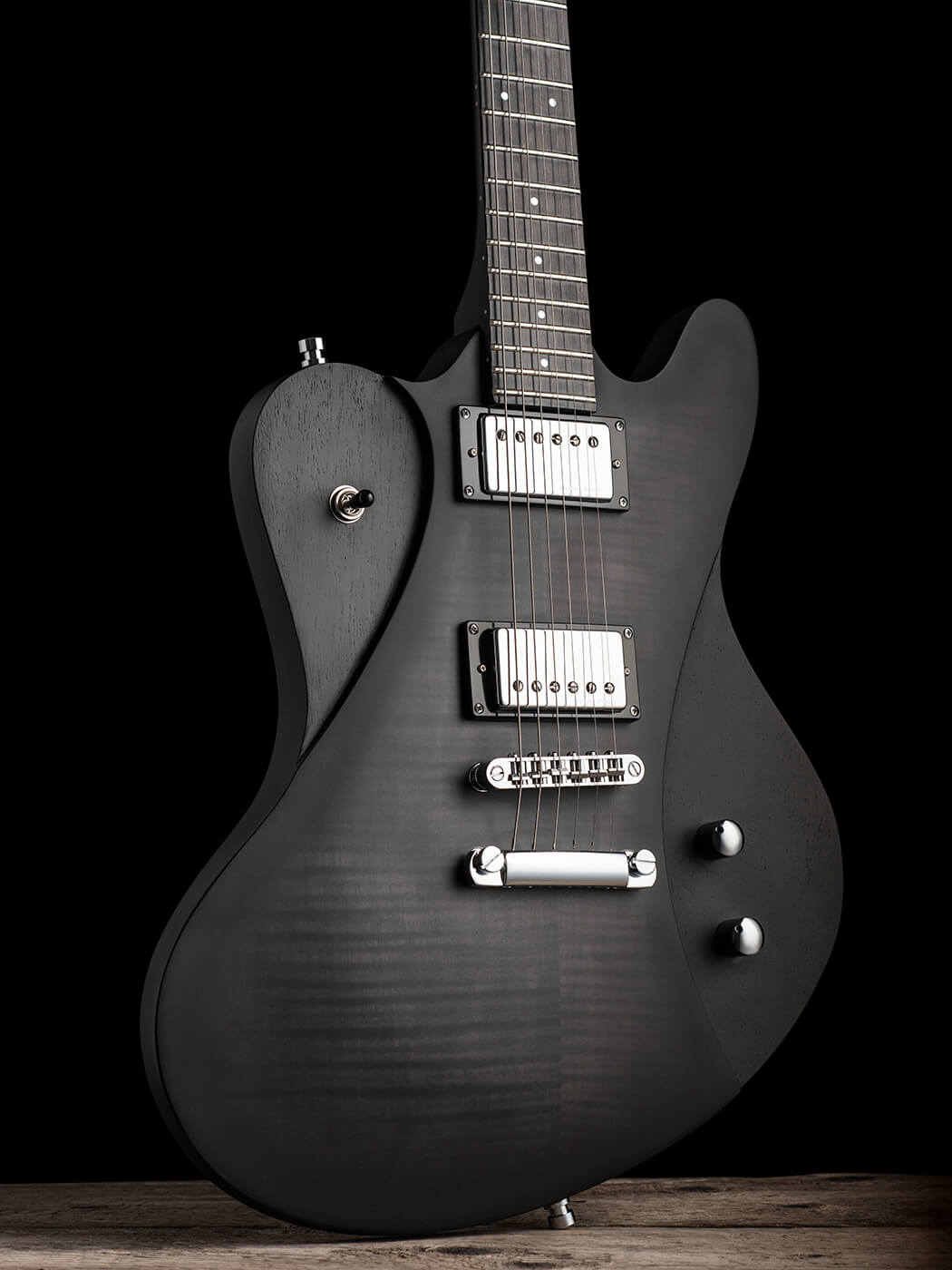 The introduction of a more affordable series usually means a downgrade in onboard electronics so it’s commendable that the D-Series has retained the Seymour Duncan pickups usually found on Framus’s German-built models. While there are many lauded boutique pickup makers out there these days, for many – including this reviewer – the Duncan SH-4B JB and SH-1n ’59 continue to be the benchmark pairing for rock guitars, and thus a perfect choice for the power-rock stylings of the Diablo Supreme.

Played through a Plexi-style amp with a drive at the front end, the bridge position has all the power and rich midrange we’ve come to expect from the JB, but with the ebony ’board providing crisper highs and a tighter bottom. The bulky neck joint delivers the tonal benefits you might expect from beefing up such a structurally significant area, and there is sustain aplenty on the bridge pickup, despite the best efforts of our noise gate trying to shut it out.

The neck position has a more vintage character and though it’s perhaps not as liquid-smooth as we were expecting, there’s a welcome sprinkle of brightness once again provided by the ebony ’board. The lower horn slightly encumbers some of our wide stretches on the wound strings when playing high up the neck but, unless you’re performing technically demanding gymnastics in this area, it shouldn’t prove an issue.

A few tweaks to the truss rod and action, and the Idolmaker proves highly playable and acoustically resonant. Strapped on, however, it immediately ventures south and a lot of strap adjustment is necessary to help prevent neck dive. Fortunately, this phenomenon only occurs when standing – ironically, despite being an instrument that seems to have been designed with rocking out in mind, it provides a pleasurable, comfortable playing experience when seated. 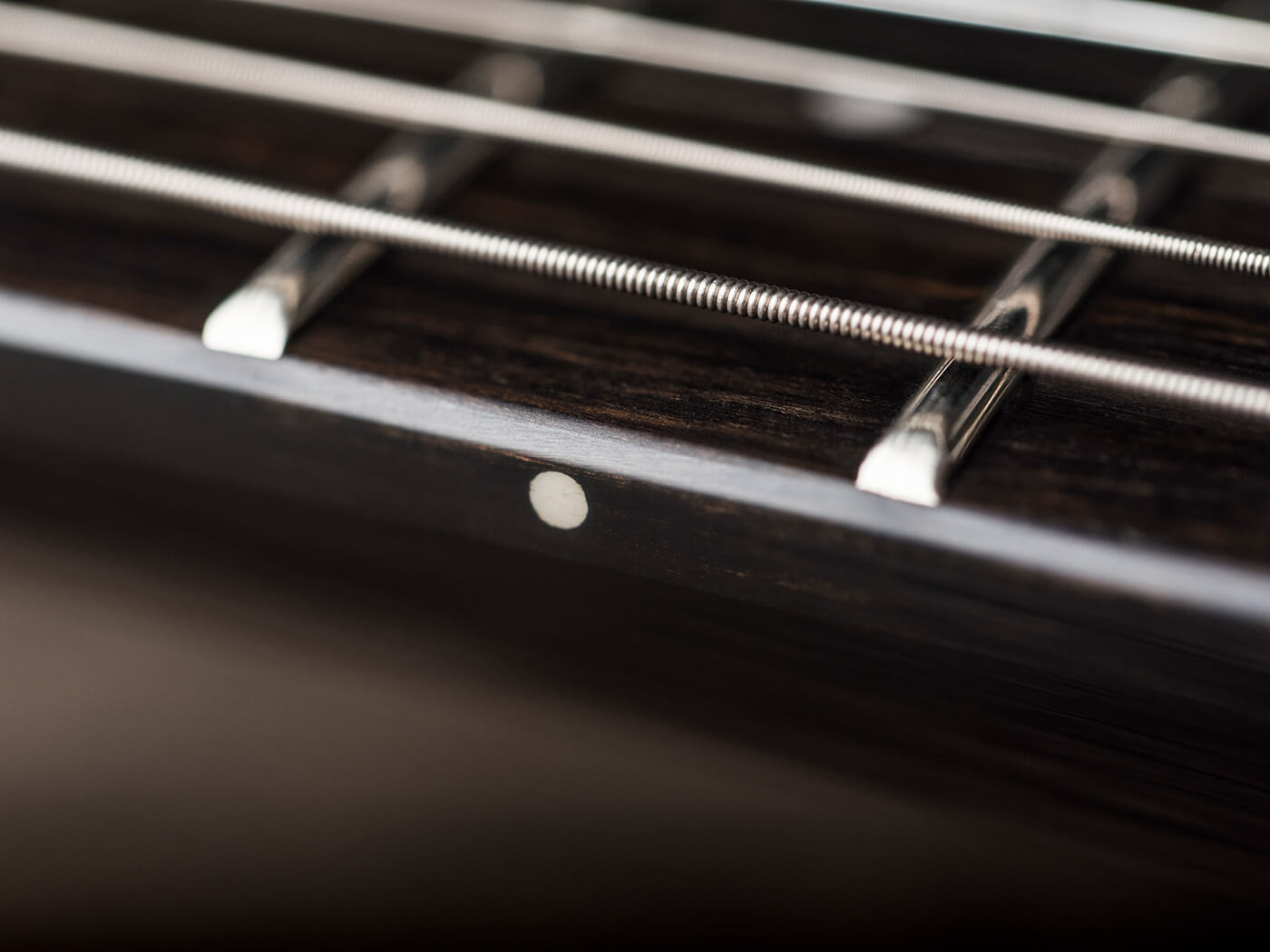 In the bridge position, the Idolmaker shares many similarities with the Diablo, and packs all the punch, power and clarity we need to burn through the heaviest of riffs. Even though both guitars share identical pickups, the Idolmaker is an entirely different prospect in the middle and neck positions. There’s an almost single-coil-like snap to the middle position, and it makes for a marvellously versatile sonic palette. The neck pickup also has an aggressive snap, offering an array of punchy rhythm and lead sounds.

Although the D-Series faces stiff competition in this congested area of the market, high-quality appointments such as those of the Seymour Duncan pickups help set these models apart. The Diablo is a wonderful rock guitar, perfect for sleazy hard rock and prog-metal, and while the Idolmaker’s appearance will be more appealing to the metal crowd, it’s a much more versatile machine than it looks. Just watch out for that neck dive when it’s strapped on. 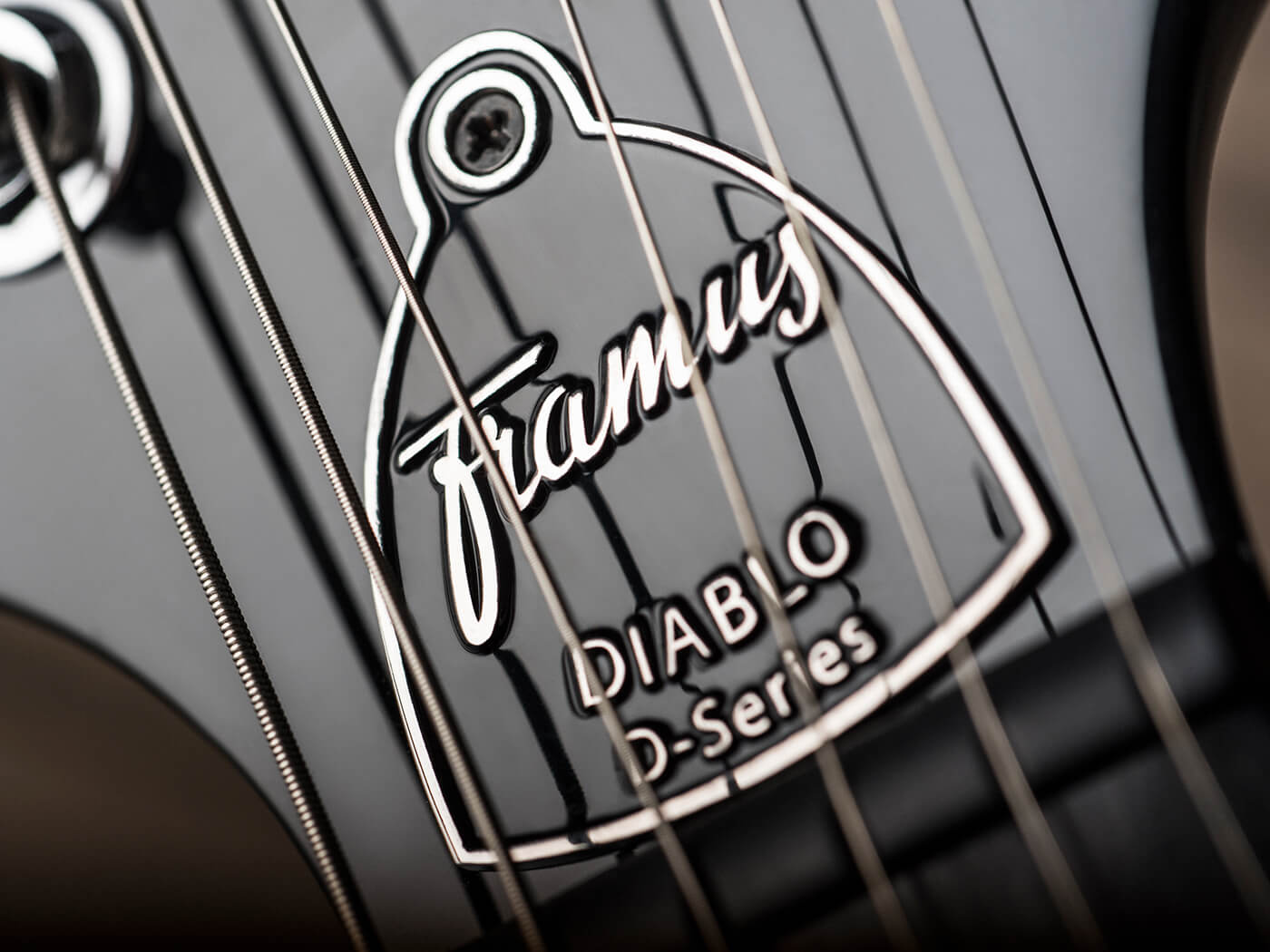