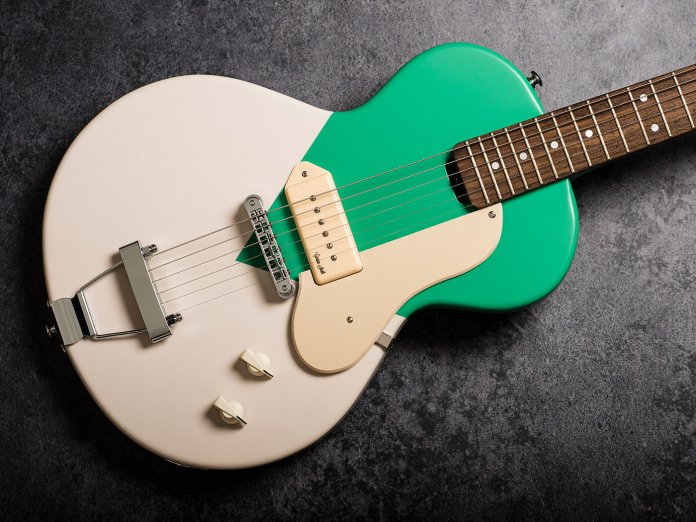 Picture the scene – Gordon Smith, UK-based purveyors of handcrafted electric guitars since back 1974, meet at a moonlit crossroads with the team from Forsyth’s Music, one of England’s longest running guitar shops – to collaborate on the GS-0 Special, a new instrument inspired by 20th century pawnshop wonders from brands such as Silvertone and Airline.

The non-cutaway silhouette is experiencing something of a resurgence lately in the work of luthiers such as Patch Rubin of Wide Sky Guitars, and this is certainly not another LP Jr. One look at this quirky six-string – a solidbody homage to the two-tone archtops from the old Sears and Montgomery Ward catalogues – will divide opinion with surgical precision. 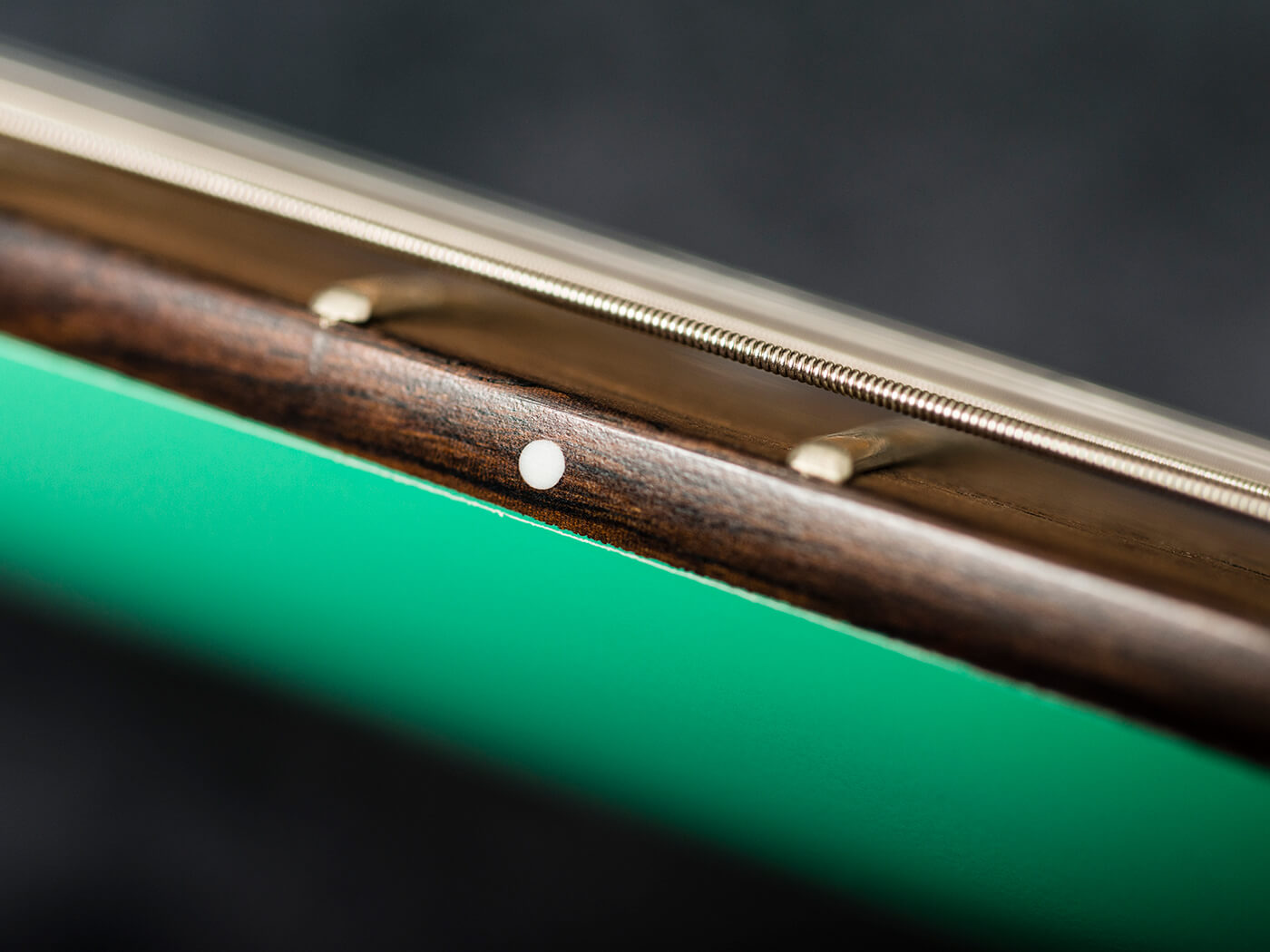 The GS-0 Special sees Gordon Smith forgoing sunburst or TV Yellow visuals in favour of a Sea Foam Green and white chevron motif over the Brazilian cedar neck and body. It’s an unapologetically brash variation of the ‘P-90 on a stick’ theme. In this case, the pickup in question is a Gordon Smith unit with chicken-head knobs for volume and tone. We’re not sure if the use of different shades of cream plastic for the knobs, pickup cover and the large archtop-style scratchplate detracts from the look or not, but the chrome tailpiece is a nice touch.

The otherwise-friendly rosewood fretboard is topped with with a well cut, screwed-in brass nut – another polarising feature – but the glued-in neck, featuring a slim ‘C’ carve, brings a welcome touch of sophistication as the original catalogue archtops that inspired this guitar offer a uniformly porcine playing experience by today’s standards. 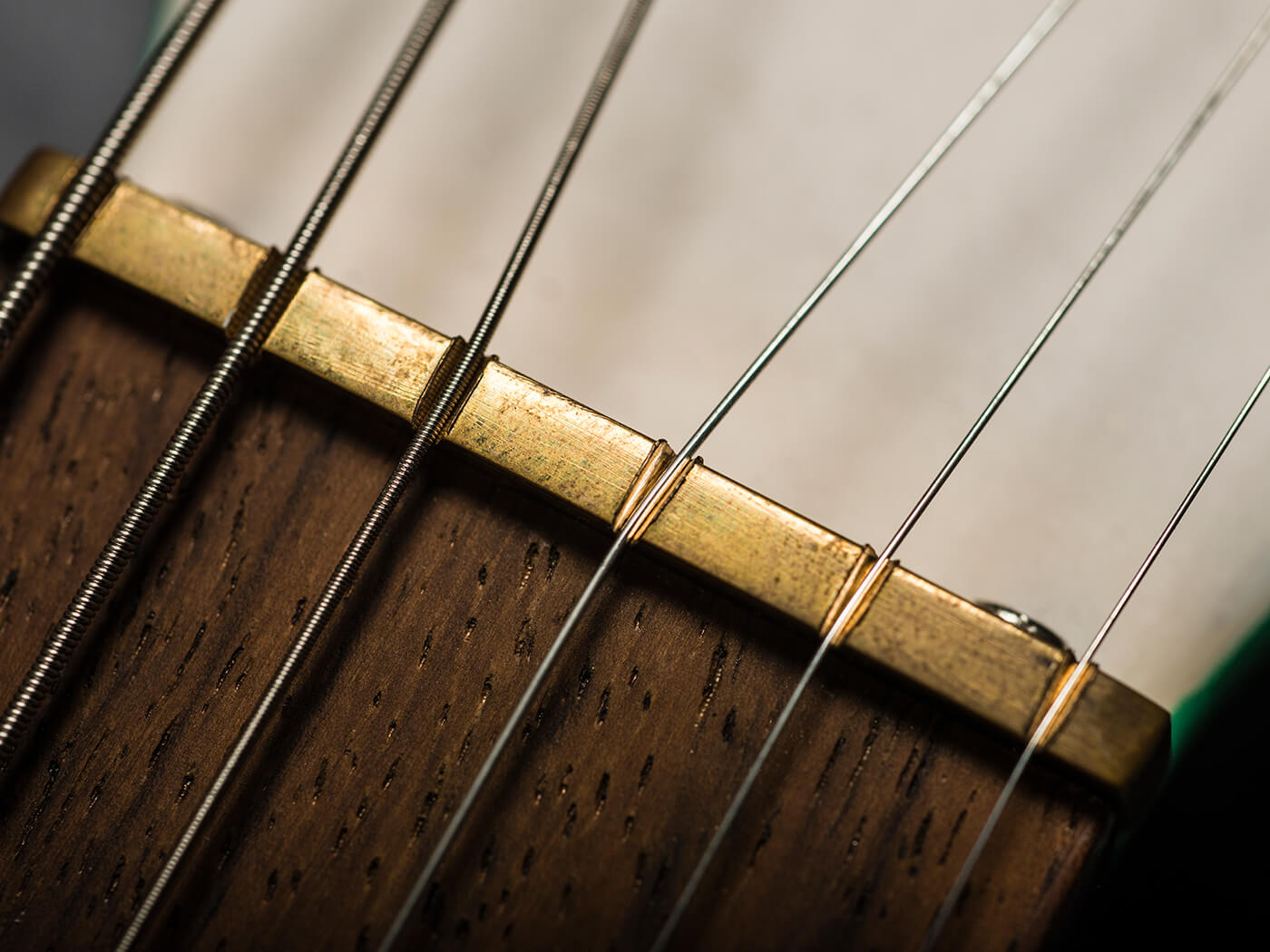 While initial clean sound explorations offer slightly nasal and brash tones that aren’t immediately inspiring, once we plug into the angry end of an early Cornford Hurricane, all bets are off. The GS-0 Special is a screaming, howling blues machine.

A bridge-mounted P-90 is always liable to cause a ruckus but in this case it’s particularly bellicose and while the tone control does serve to take some of the edge off the top end, the guitar retains its character throughout.

From on-edge proto-punk to rock’s seedy underbelly, this unlikely beast has some real moves. Dropping into open D and G tunings and applying a slide takes us into particularly gnarly territory. It’s tempting to load it with heavy gauge strings for extra girth but even box-fresh, fans of blues and garage-rock artists such as Bob Log III, T-Model Ford, and The Neckbones will adore this guitar.

Whether you will love it just as much will depend on the strength of your passion for the esoteric. This may not be a guitar for the Wood Library enthusiast, but if you’ve had your head turned by weird-ass retro instruments over the past decade, you’re unlikely to find one that was made with the same evident amount of affection as the GS-0 Special.