You may associate Gordon Smith with stripped-back punk axes, but this chambered charmer suggests the British maker can also compete at the classier end of the market. 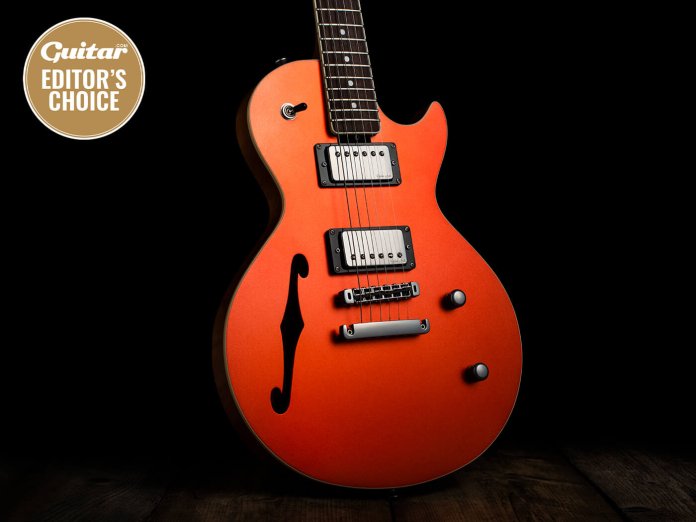 Founded in Manchester back in 1974, Gordon Smith upped sticks to the sleepy market town of Higham Ferrers in Northamptonshire after being bought by Auden Guitars in 2015. It’s still taking on the Asian factories with no-nonsense instruments in the sub-£1,000 zone, but the Deluxe Semi Solid shows Gordon Smith is out to prove that, in 2020, it has more to offer than the affordable LP Junior alternatives that made its name.

Before we go into detail on the specifications of our review instrument, it’s worth pointing out that new Gordon Smith guitars are built to order and pretty much everything is up for customisation. This model is available with a choice of pickups, woods, bridge types, tuners, neck thicknesses, fretwire materials… and just about any colour your over-stimulated mind can think of. 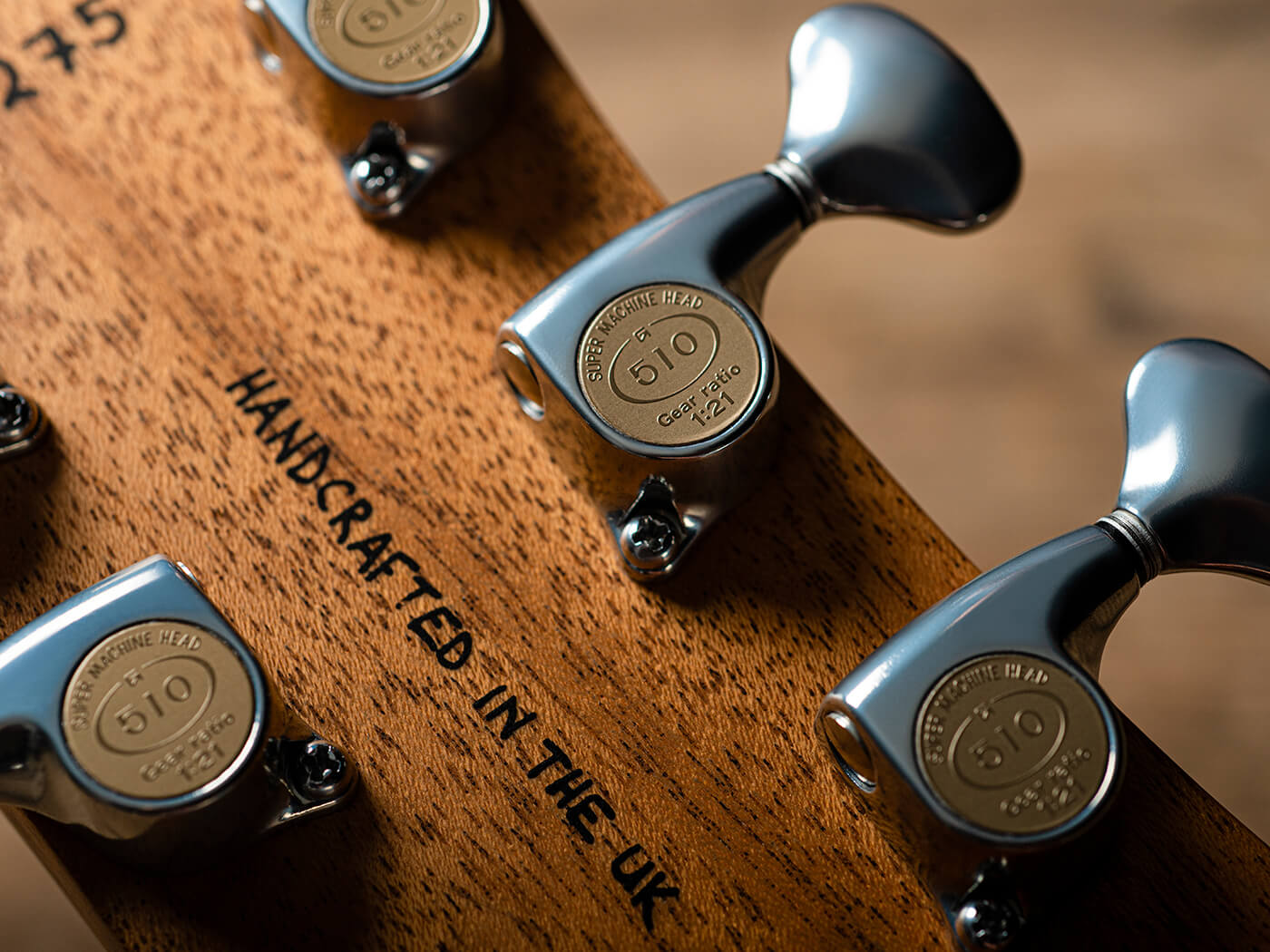 Some of these options bump up the price, inevitably, but there’s nothing essential missing from the base model. Our guitar has three non-standard options – metallic paint (£100), Gotoh 21:1 ratio tuners (£100) and Gotoh X Chrome hardware (£250) – but while they’re all nice additions, we don’t think it would be underdressed for the prom without them.

In conception, the GS Deluxe Semi Solid is a flat-topped semi-hollow guitar with Gibson-style construction: unless you specify otherwise, the body is mahogany with a bound maple cap, while the set neck is mahogany with a bound rosewood fretboard. How hollow is semi-hollow? In this case, there’s a chamber in the lower part of the body to match the one you can see behind the f-hole, but everything between the waist and the neck join is solid. It certainly sounds more open and clangy than a Les Paul when strummed acoustically, but you might argue it’s not a true semi-acoustic. 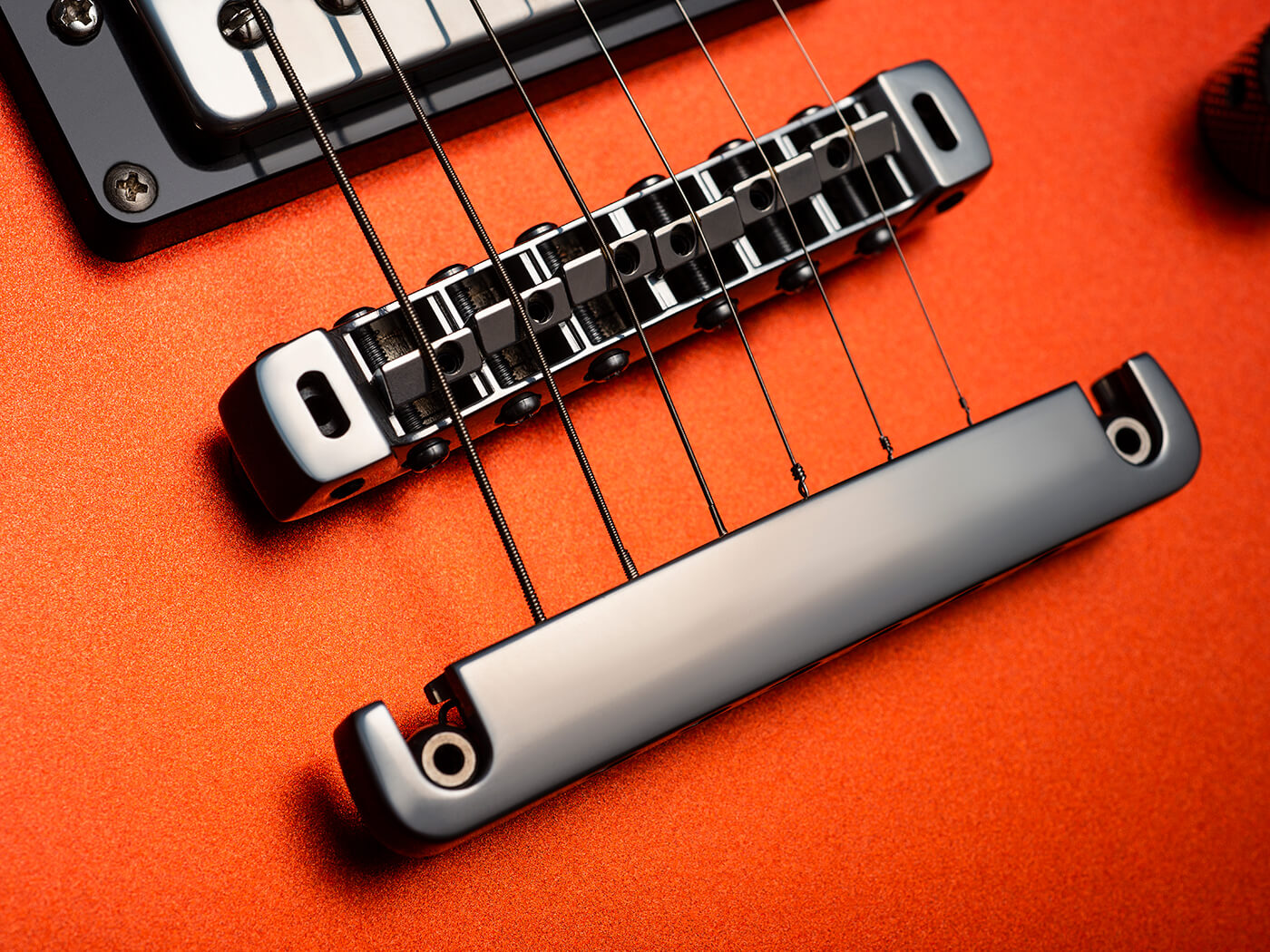 Gordon Smith’s in-house humbuckers have ceramic magnets and are wax-potted, and here’s a nice bonus you don’t have to pay extra for: they’re independently coil-splittable. The master volume knob pulls up to turn the neck ’bucker into a single-coil, while the tone knob does the same for the bridge unit. This brings the total number of available pickup settings to eight, including the two mismatched options, and also means you can instantly flick from a slimmed-down rhythm sound to something more chunky when it’s time to launch into your dog-startling solo. 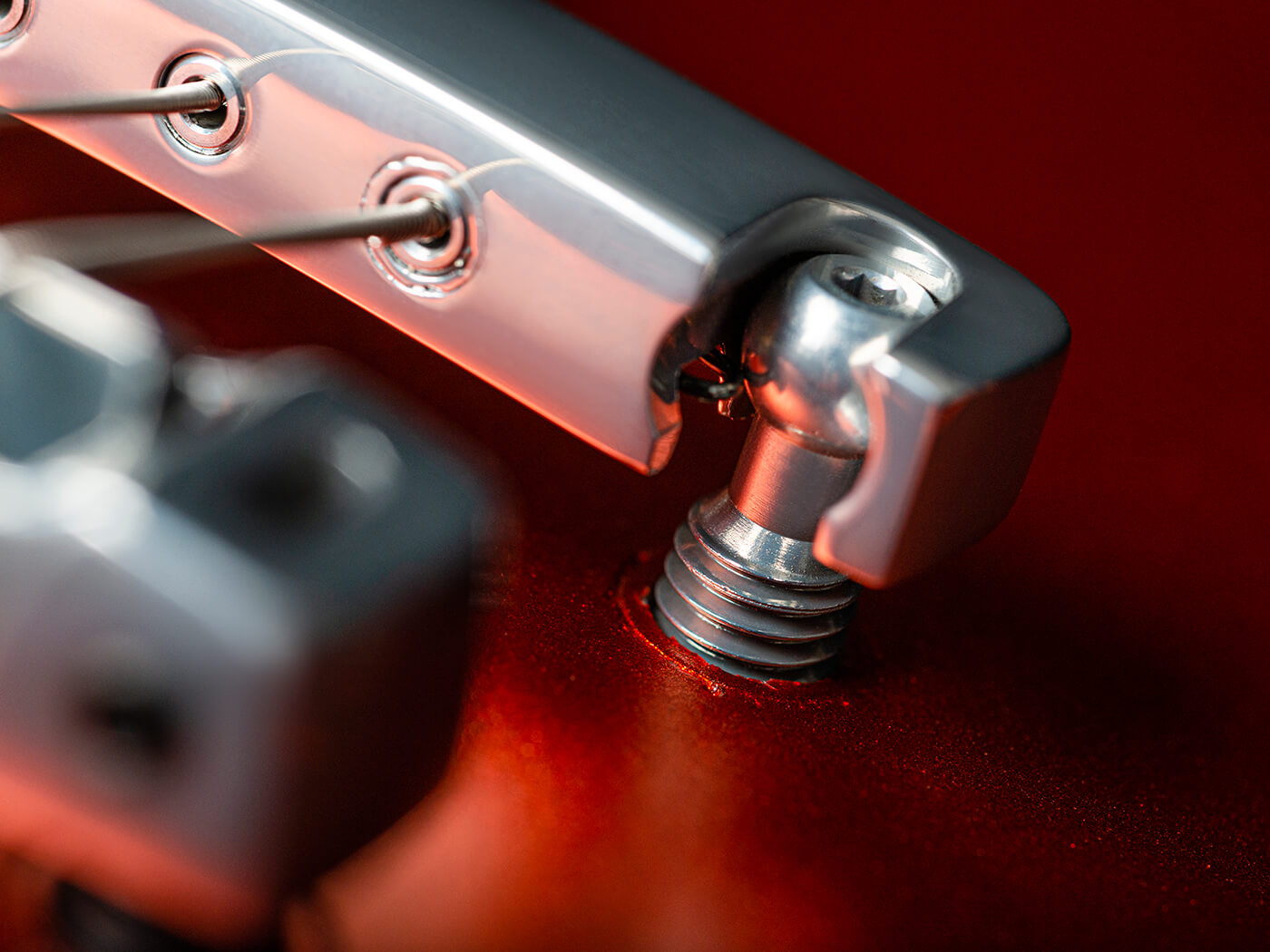 It may be a bit of an indulgence at £250 but we love the cloudy hue of that Gotoh X Chrome hardware finish. This has been applied to everything from the tuners to the pickup covers and the bridge, which is Gotoh’s 510FB tune-o-matic type – a super-solid chunk of metal with grub screws keeping the saddles locked in place. The one bit of metal that looks distinctly un-cloudy is the gleaming brass nut, which consequently stands out like a ginger-haired fifth Beatle.

It’s probably not unfair to say that Gordon Smith has struggled with consistency of build quality down the years, but you wouldn’t know it from this guitar. The binding is tidy, the neck join is flawless and there’s nothing ‘garden shed project’ about the way it’s been put together. Only some stray flecks of metallic paint on the cream binding detract from the impression of high-end professionalism. 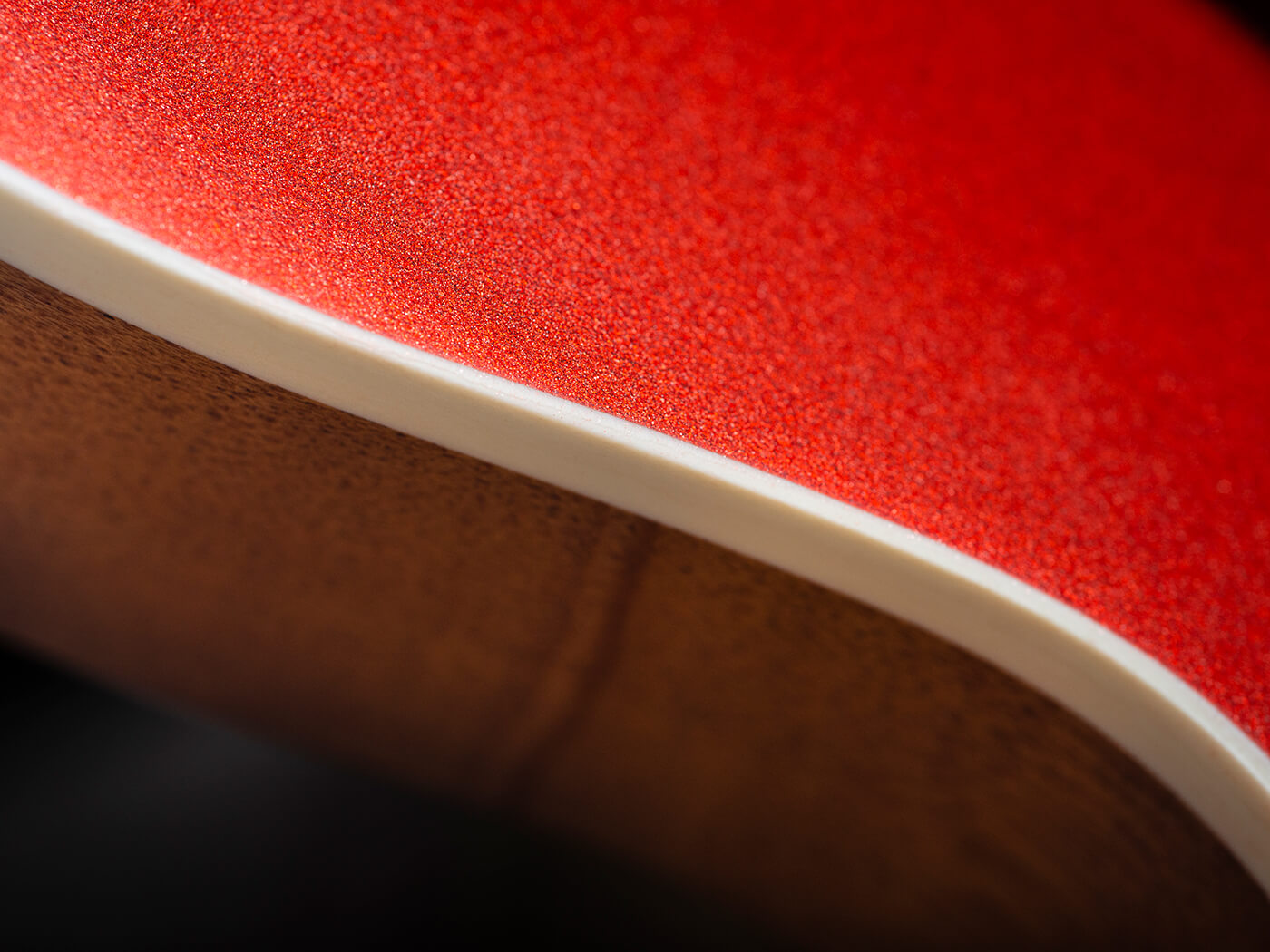 Because of its compact form and limited chambering, we’re naturally inclined to think of this guitar as an LP type with some wood scooped out rather than an ES-335 type with some air filled in. Tonally, however, there’s a lively looseness to its amplified voice that feels distinctly semi-acoustic.

In pure EQ terms, there’s no doubt we’ve landed right in the middle of Gibson territory. The neck humbucker is bold and chunky, fluffing up nicely with some tweedy overdrive, while the bridge pickup offers lots of bark but isn’t as bright as our reference Les Paul – partly, perhaps, because it’s about 3mm further away from the saddles. 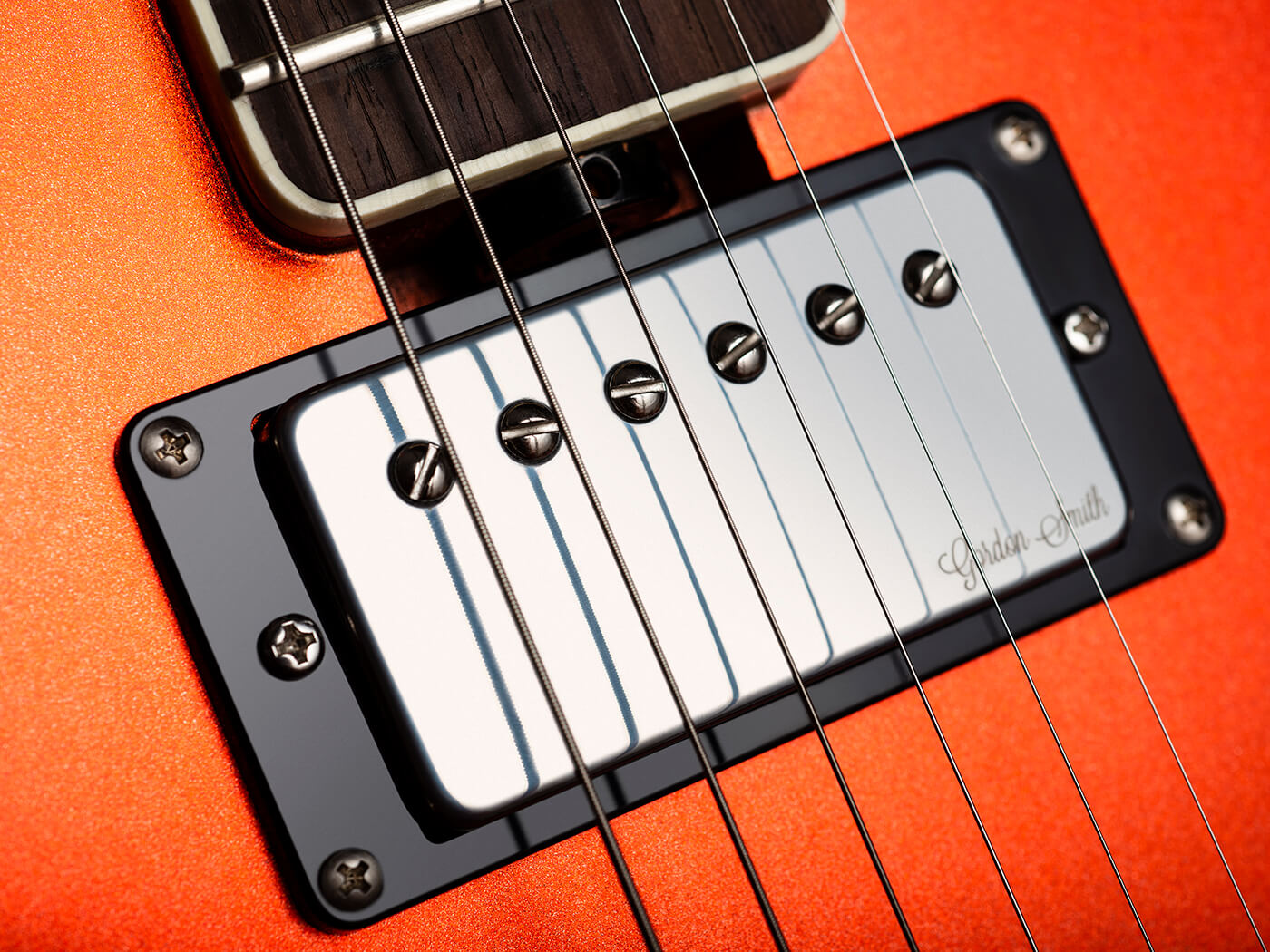 In all three positions the emphasis is on a strong and focused midrange, making this a fine guitar for old-school riffs and power chords. Clean, it’s not quite so much fun – those ceramic pickups are by no means hot but they’re not exactly ‘intimate’ either. Luckily, it’s easy to take things down a few notches by pulling up on one (or both) of the controls to go into single-coil mode.

We’re really glad of those independent coil-splits, because two of the best sounds here are available when only one of the splits is engaged. In the middle position with both pickups split, you’re basically playing an underpowered Strat – but bringing one humbucker back into the mix trades in some of that phasiness for a breezy rhythm tone that’s fuller, smoother and no less sweet. 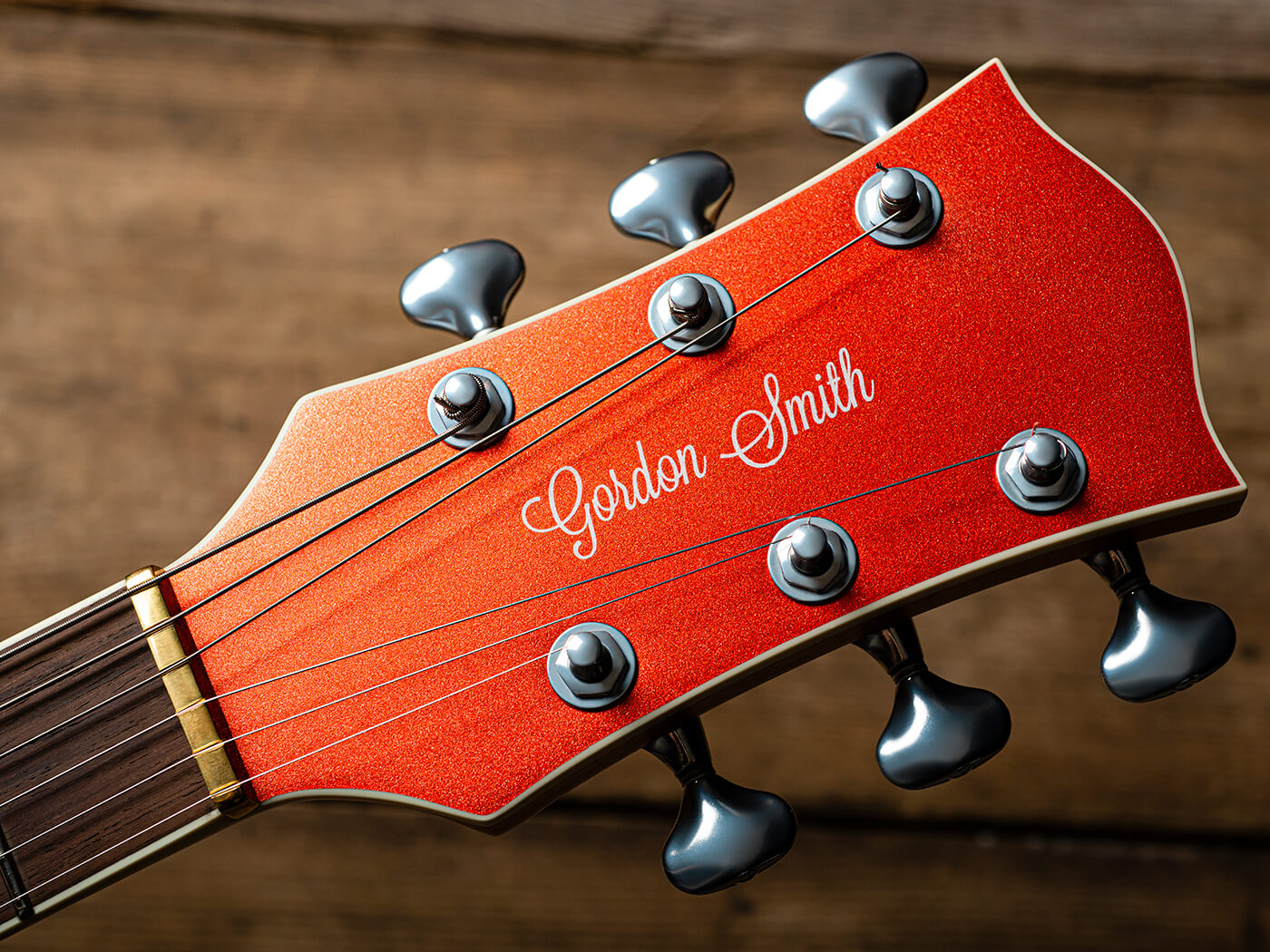 On their own, both single-coil sounds are eminently usable, thinning out the lower mids and dialling up the Fender-style cluck without turning cold or reedy. You could quite easily begin a blues solo on the neck pickup in single-coil mode then whack it over to the bridge ’bucker when things start getting spicy – set your amp’s preamp gain at just the right point and this will lift you from clear and twinkly to fat and punchy as effectively as any boost pedal.

There aren’t too many flat-topped semis around since Gibson pulled the plug on its Midtown range, but the GS Deluxe Semi Solid makes us wonder why. For some players it’ll be a perfectly viable alternative to either a Les Paul or an ES-335, and the classy coil-split tones make it more flexible than both of them. Who needs Nashville when you’ve got Higham Ferrers? 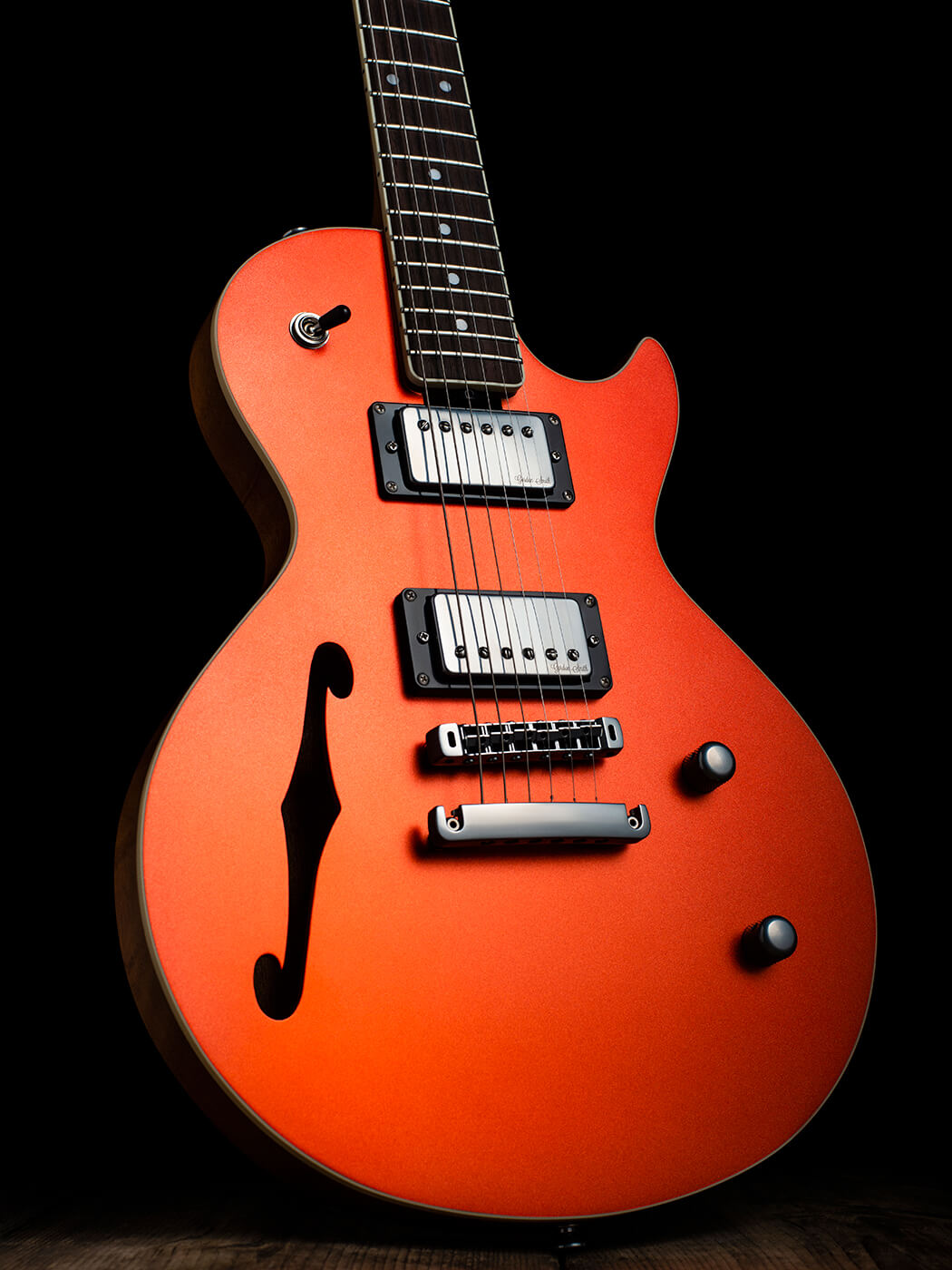