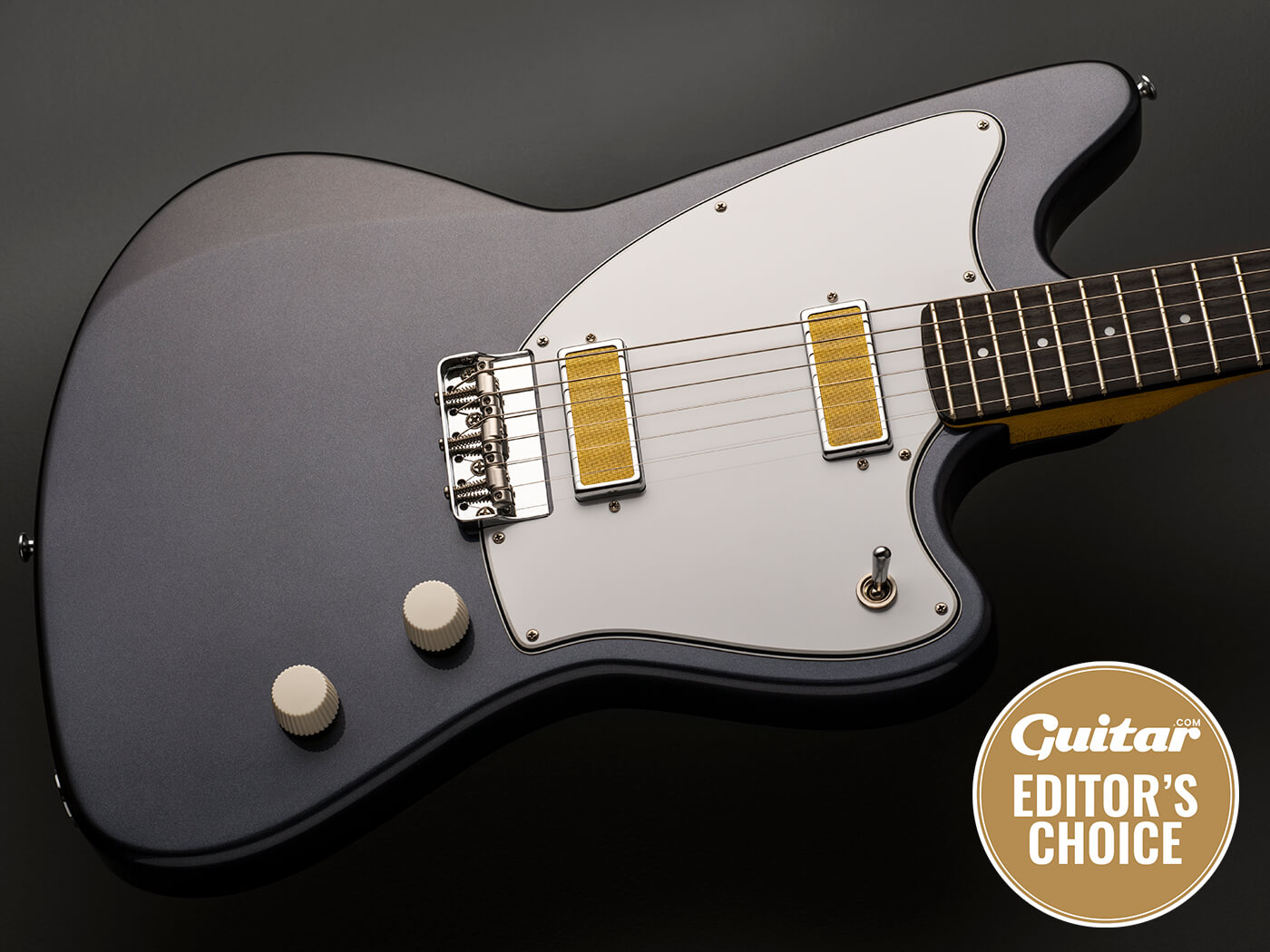 They say you should never go back. Of course you can – the trick is to go back but then come slightly forwards again. For example, when reviving a guitar brand best known for its 1960s catalogue models, you might want to keep the basic designs but improve and update them for the demands of modern players. This is the thinking behind the new Harmony solidbodies, and we really can’t argue with it.

Our recent review of the Jupiter and Rebel models praised their elegance, all-American build quality and versatile tones. The Silhouette, though, is something a little different. With mini versions of the other guitars’ Gold Foil humbuckers and Fender-style alder/maple construction instead of mahogany, it looks like an altogether more perky proposition.

The background, in case you missed it, is as follows: in the days before Asian imports, Harmony was the budget brand of choice for American guitarists. Its Chicago factory churned out huge numbers of affordable guitars before finally going to the wall in 1975… and that was pretty much it until the brand was revived by BandLab Technologies, the Singapore-based company that – full disclosure klaxon – also recently acquired Guitar.com and Guitar Magazine. 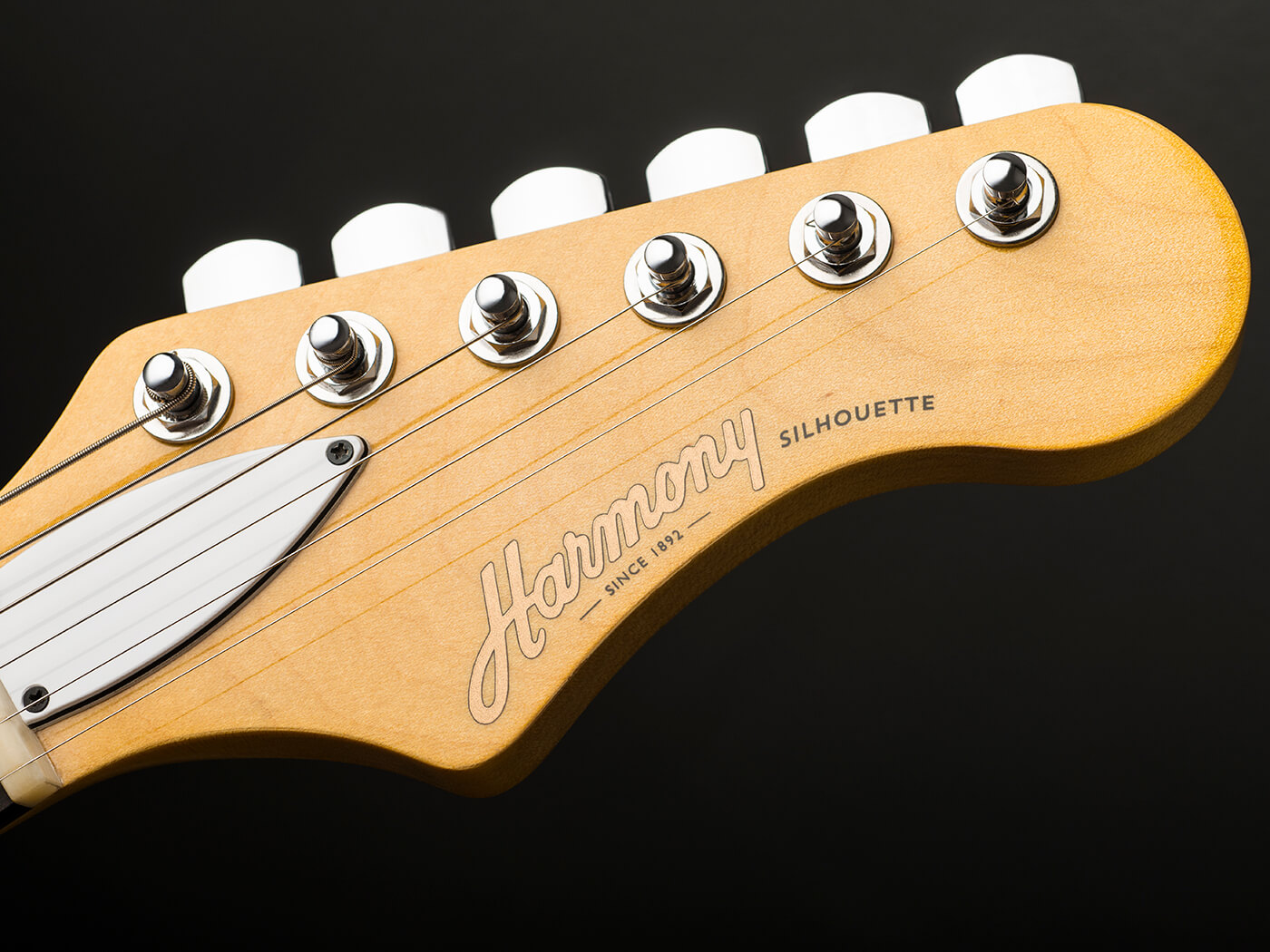 Handily, BandLab Technologies is also a partner of Heritage Guitars, current custodians of the original Gibson factory at 225 Parsons Street in Kalamazoo, Michigan – and that’s where these new Harmony instruments are also built.

All of which brings us to the Silhouette. It’s aptly named: that contoured body is fearlessly sleek and sexy, like a non-reverse Firebird’s more alluring sibling… an effect that’s only slightly undermined by the excessive acreage of empty pickguard above the neck pickup. It’s a pity – a slightly smaller guard might have transformed this guitar from ‘pretty but gawky’ to ‘pretty damn gorgeous’. 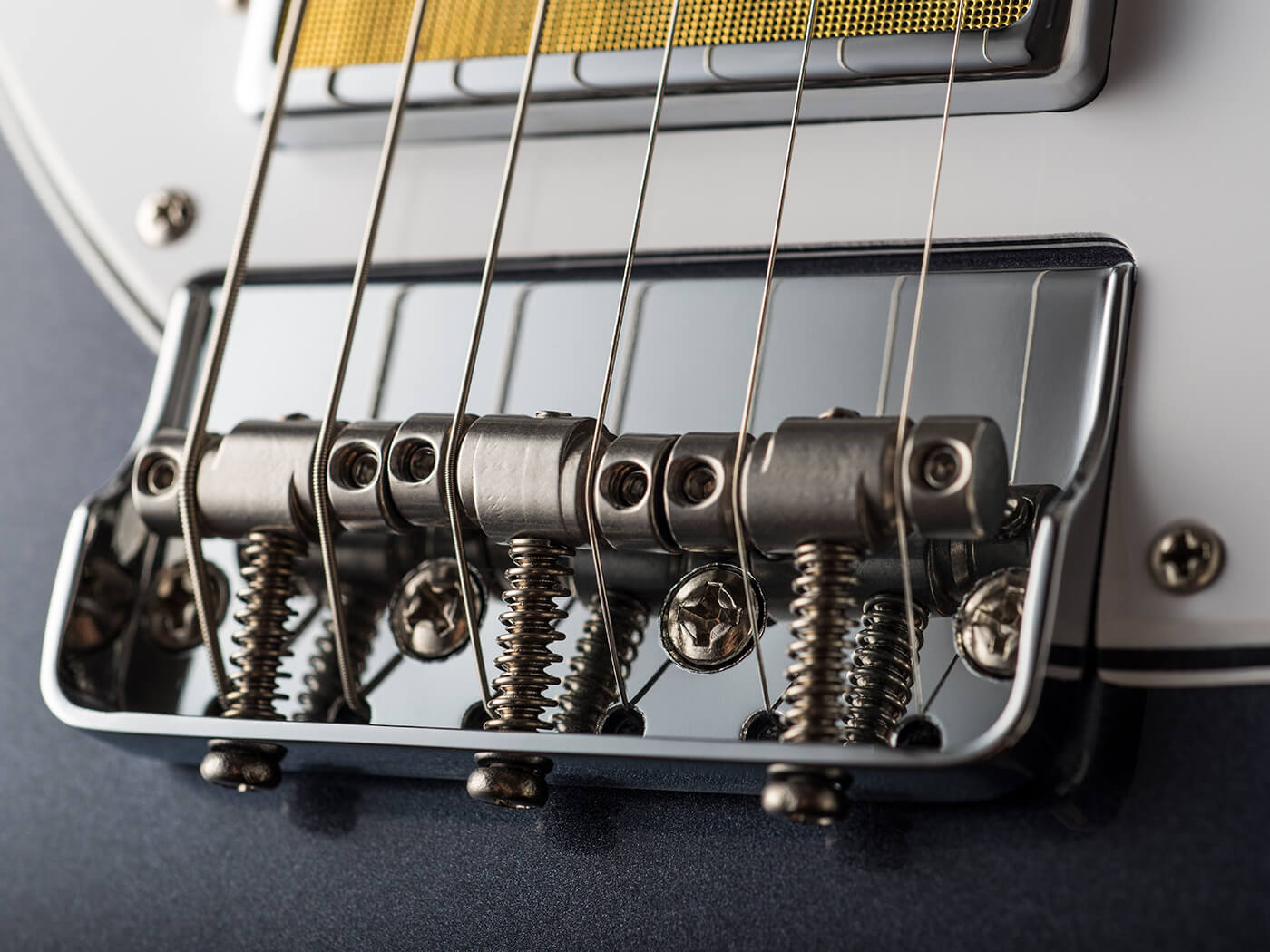 Incidentally, if you’ve seen pictures of the Silhouette in this Slate finish on the Harmony website, you might have been expecting a dark metallic blue with a hint of sapphire. Our review guitar, however, is as grey as a March sky in Middlesbrough. We’re not complaining, although the Pearl White option is surely the most lustable of the three colours on offer.

Like the Jupiter and Rebel, this Harmony has a medium ‘C’ neck shape with a modern 12-inch radius, held in place by three neatly recessed bolts on a gently curved heel. As on the other guitars, you get 22 medium jumbo frets; these have been dressed well enough but the edges of the ebony fretboard itself have not been rounded off at all, which could be a real annoyance for some players. Scale length is the same in-betweeny 25” as the other models.

While the headstock is broadly Fender-ish in style, just as it was on the Silhouettes of the 60s, it’s angled back rather than recessed, so you won’t want to lay this guitar flat on the floor like your favourite indestructible Telecaster. But the locking tuners are suitably classy and the sawn-off Tele-style bridge has compensated barrel saddles.

Regardless of whether these pickups have much in common with original DeArmond or Teisco Gold Foils in terms of construction, they look tremendously cool. Both of ours read around 7.1k for DC resistance, which is about what you’d expect from Firebird pickups. 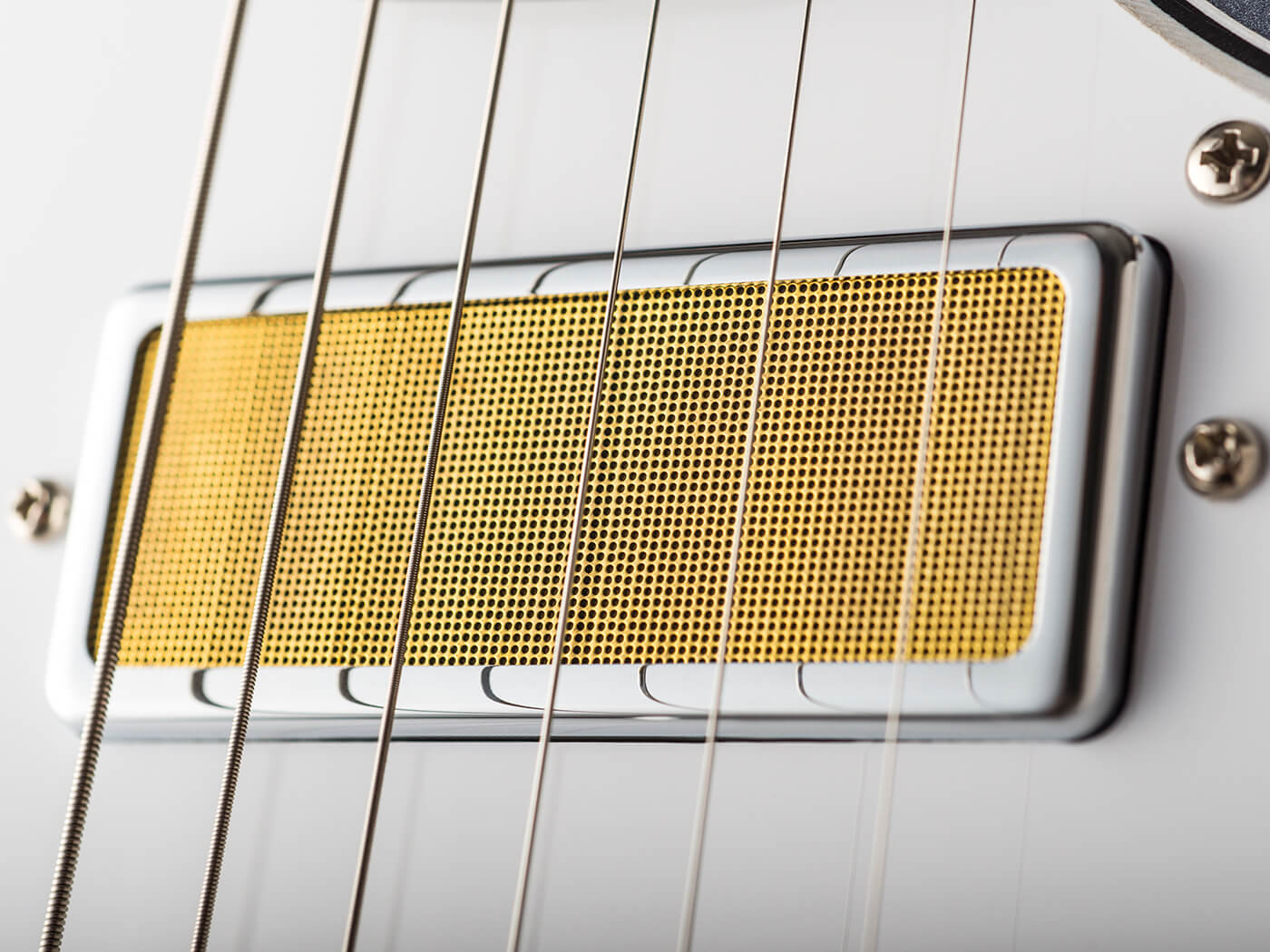 We’ve got a slight problem with this guitar before we even plug it in… and plugging in is the problem, thanks to the output jack’s position on the rear edge. It’s fine on a strap, but unless your cable has an angled jack, it’s impossible to rest the Silhouette on a low stand – or even lean it against the sofa for a moment while you let the cat out – without unplugging it first.

It’s a minor design flaw, but an infuriating one because it’s so needless. Luckily, it’s hard to stay infuriated at this thing for long. In fact, once you start playing, there’s a good chance that cat will be begging to come back in.

The common theme to all three pickup positions here is spank. In pure EQ terms this is a very trebly guitar, but that doesn’t mean it’s shrill: it can make even a Jazzmaster sound slightly dull in comparison, yet we never find ourselves reaching for the tone control to take the edge off. There’s a snappiness to clean tones, especially when digging in on chords, that could make you think someone’s turned on a really good compressor while you weren’t looking. 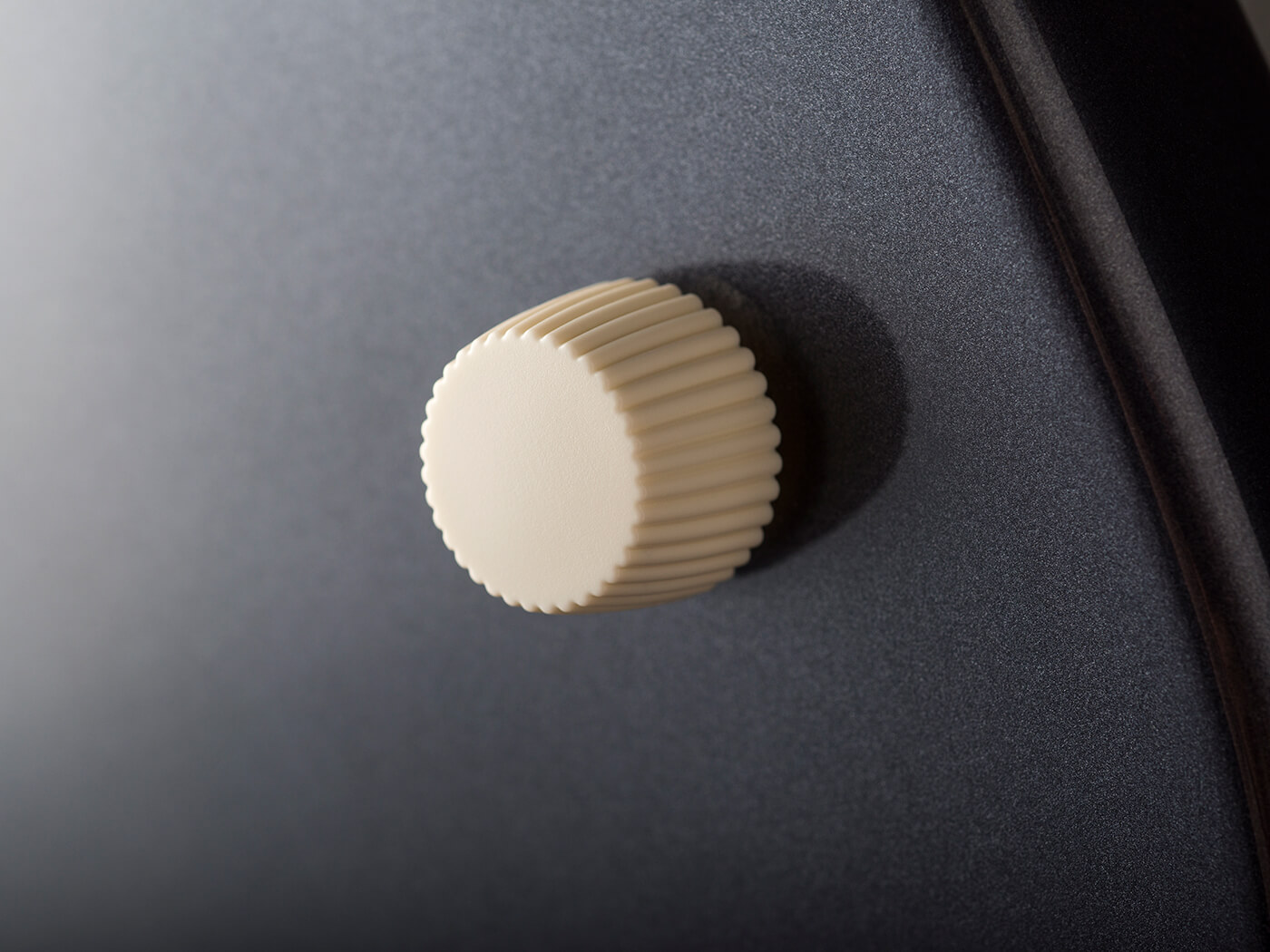 Those ‘cupcake’ control knobs are highly useable if you do feel the need to quieten things down or dial in a more mellow voice – and there’s enough thumpy note definition to make jazzy runs on the neck pickup viable – but it’s in the bridge position that this Harmony really connects with its 60s garage-rock heritage.

That’s not to say it’s in any way lo-fi or ‘budget’. This is about as un-trashy as solidbody guitars get, but throw it just a scrap of overdrive and it’ll produce the kind of snarling upper-midrange twang that can write riffs by itself. Make that more than a scrap and you’ll appreciate how the crispness of a mini-humbucker helps it cut through a mix like nothing else.

The show-stopping act of this wide-ranging performance, though, is surely the middle position – and for that we need to turn the gain back down and make some space for its clucky goodness to shine through. This really is the epitome of characterful clarity; for any kind of arpeggios, half-chords or brisk indie strumming, you’ll struggle to find a sweeter tone.

Perfect 10s are few and far between, but if it had a better-proportioned scratchplate, rolled fretboard edges and an output socket that knew its place, the Harmony Silhouette would get full marks. 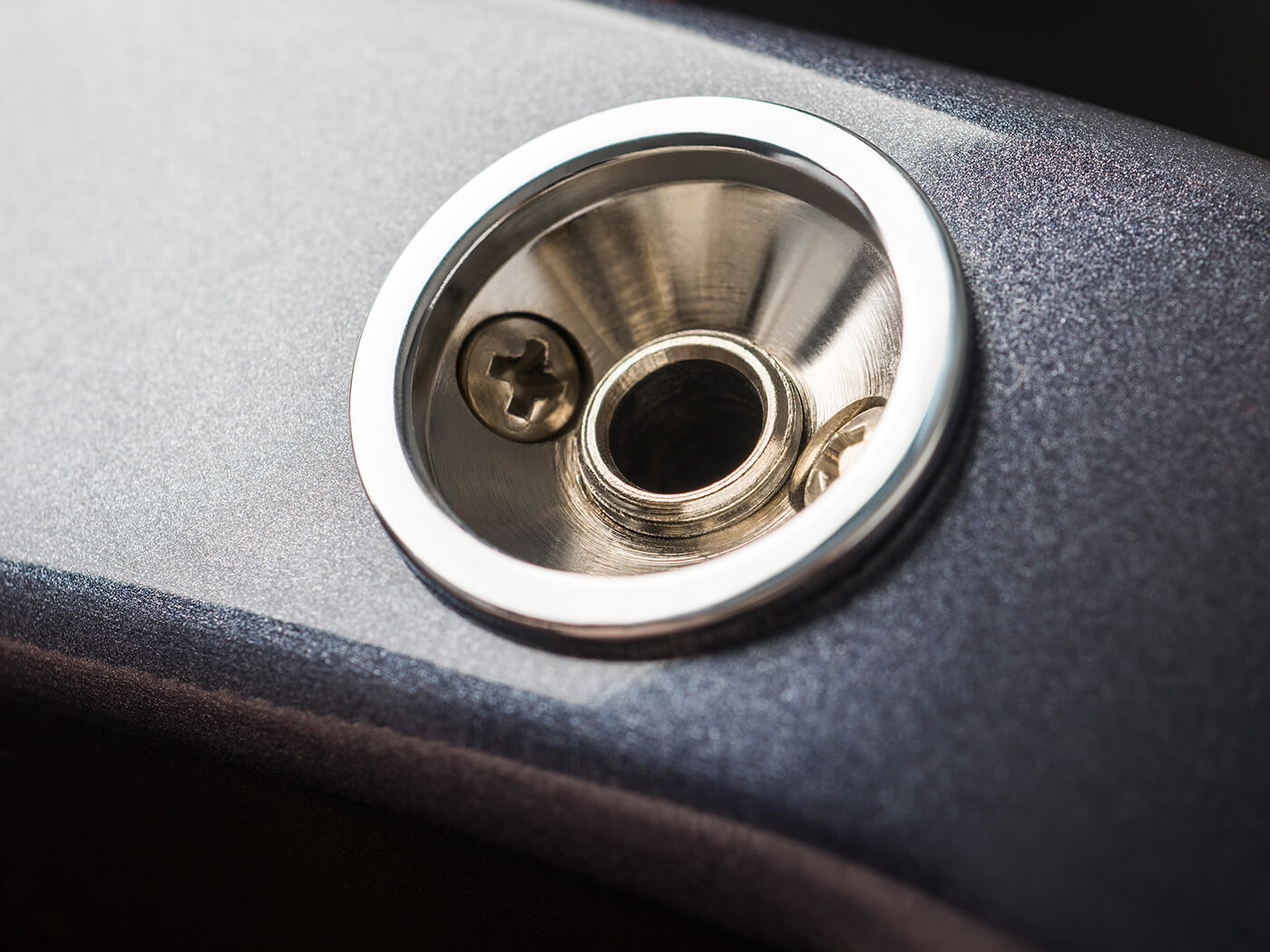