The current Volbeat and former Anthrax guitarist’s signature axe is an offset, but not as you know it. 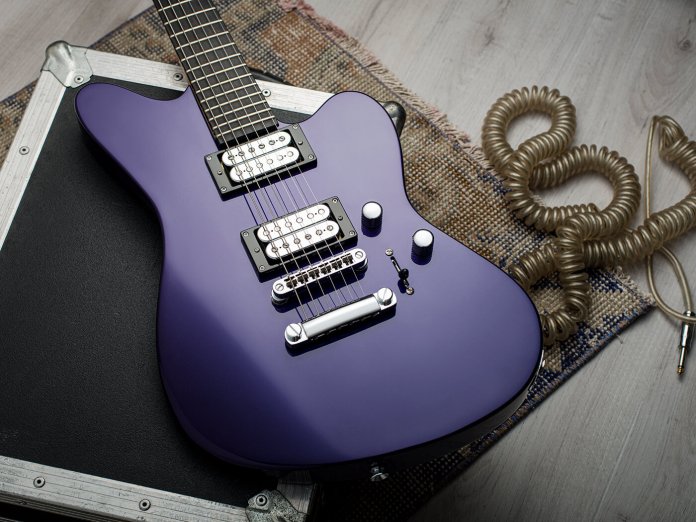 Rob Caggiano’s current gig finds him blending metal and rockabilly influences with Danish rockers Volbeat, so it’s perhaps no surprise that his Jackson signature guitar is a similarly eclectic mashup. The long-discontinued Jackson Outcaster was a more metal-friendly close cousin of the retro-flavoured Charvel Surfcaster, and it’s the Outcaster that provides the basis for this new Caggiano signature instrument.

With a body almost like a Jazzmaster or Jaguar reimagined in Dinky form, the Shadowcaster’s pair of chrome-topped DiMarzio humbuckers, stop tailpiece and 12-16” compound fingerboard radius make it hard to envisage any surf music being performed with it any time soon. The Purple Metallic finish is a similar hue to that of Rob’s previous ESP signature guitar, while the Shadowcaster’s metal credentials are further emphasised by plunging rear cutaway contours and a neck profile that seems to have been primed for shred. 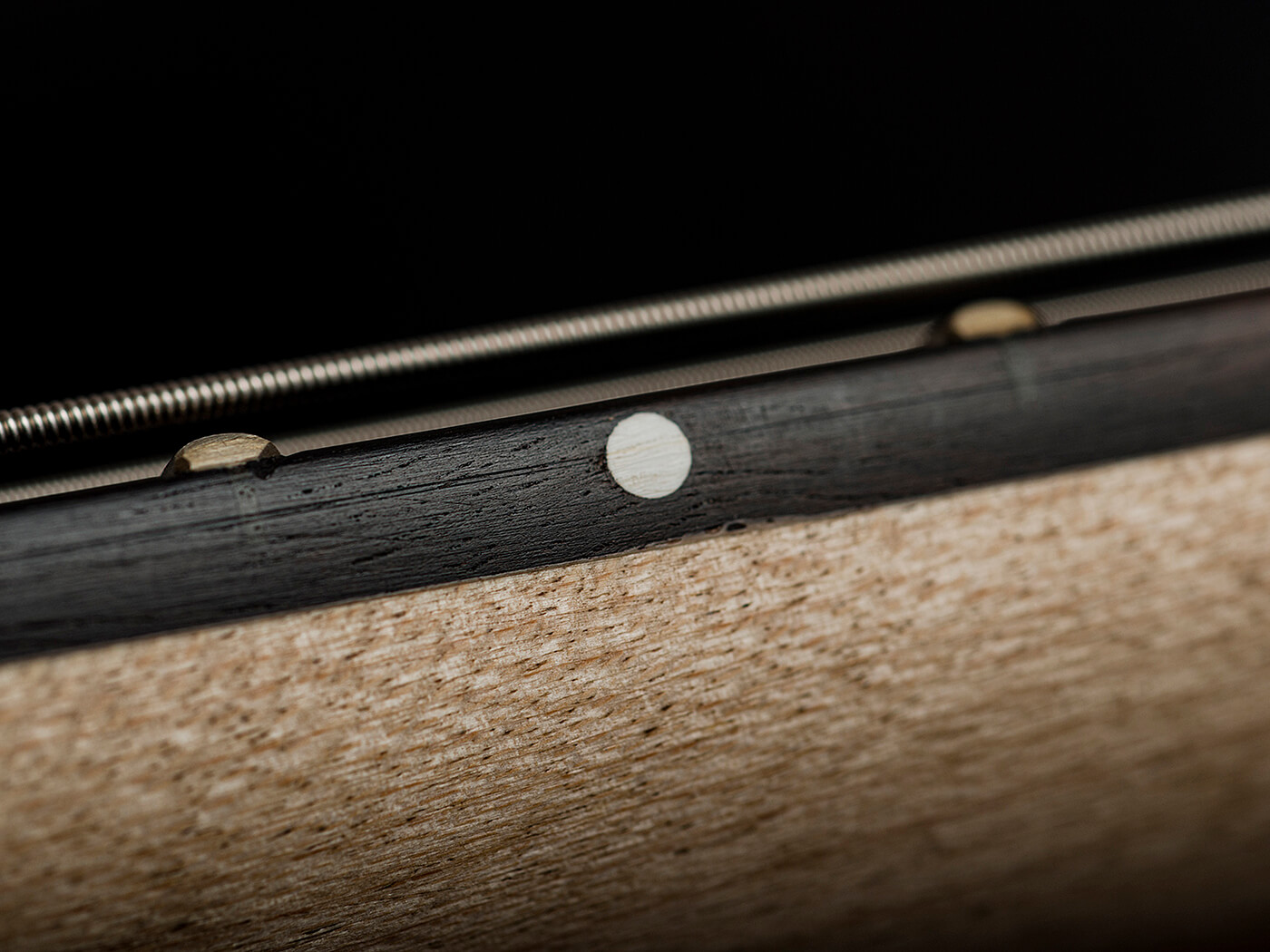 The neck has been carved thin – very thin – and the overall feel is reminiscent of 1980s and 90s Superstrat models. While not uncomfortable, it lacks the supporting shoulders often found on more modern slim carves. The five-way pickup selector orientated horizontally underneath the bridge and unusually configured so that the neck pickup is in position one, and the bridge unit in position five. This is initially disconcerting, but it’s a signature model after all, and if that’s where Rob wants it, who are we to argue? 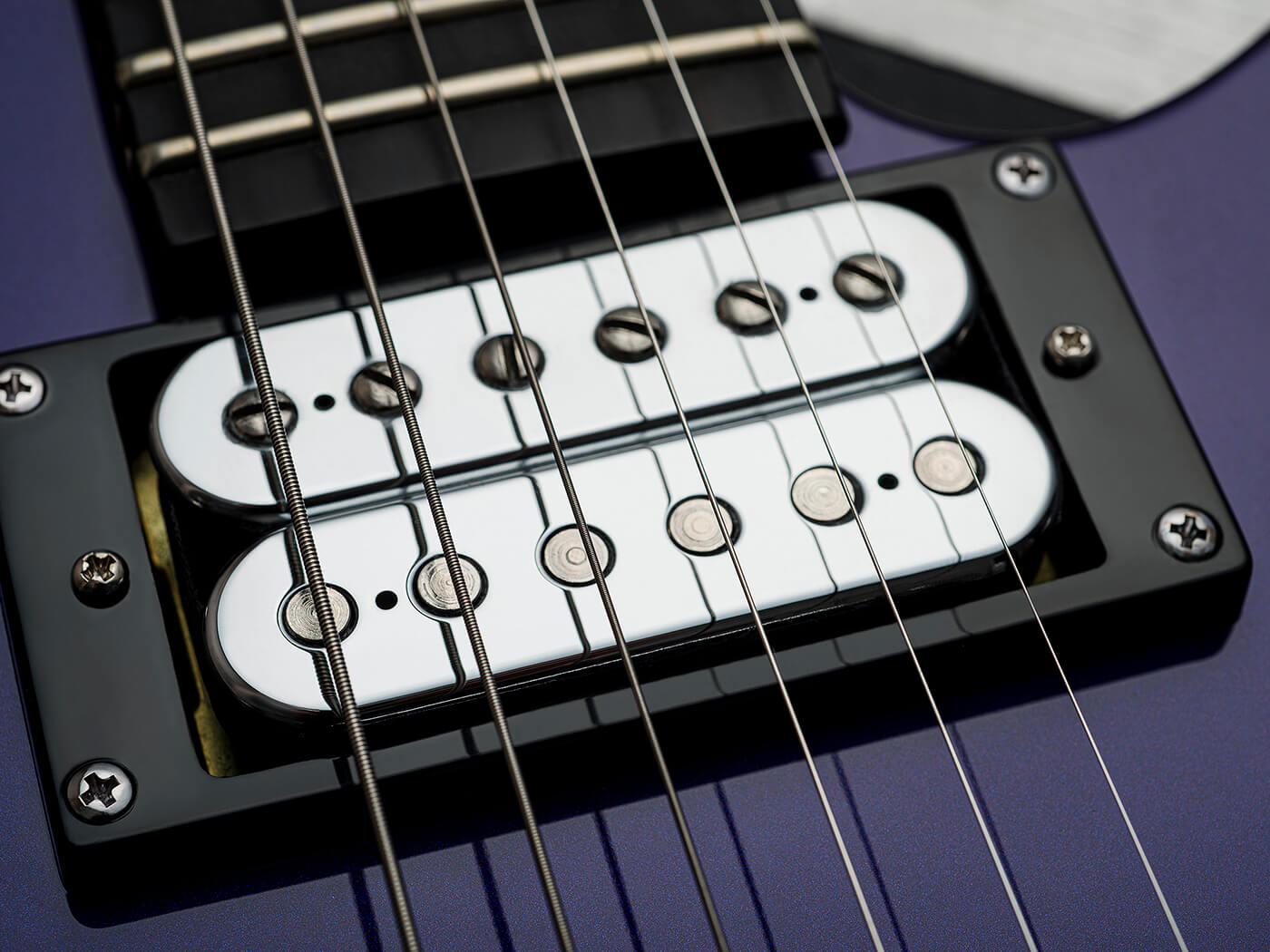 The humble powerchord is a huge part of the Anthrax and Volbeat sound, and the custom DiMarzio Rob Caggiano Signature bridge humbucker has been designed accordingly, with a rich and punchy voicing to best showcase the devil’s dyad. We often wax lyrical on the tonal benefits of an ebony ’board when it comes to playing down-tuned metal riffs, and when tuned to drop D the Shadowcaster is no exception. Its combination of ebony and mahogany delivers a dynamic, cutting rock tone that bites and rasps every bit as much as the riffs we play on it. It’s one of the best metal rhythm tones we’ve heard in a long time.

In the neck position, the Air Norton is less rich and soupy than we were expecting, making it useful for percussive rhythm work, though it still possesses enough power for rich-sounding lead tones. Though we’d wager that the array of series and parallel inner and outer coil combinations on offer through positions two to four won’t be explored too often by heavy rock players, they provide a versatile array of additional, lighter textures ideal for overdubs or cleaner passages. 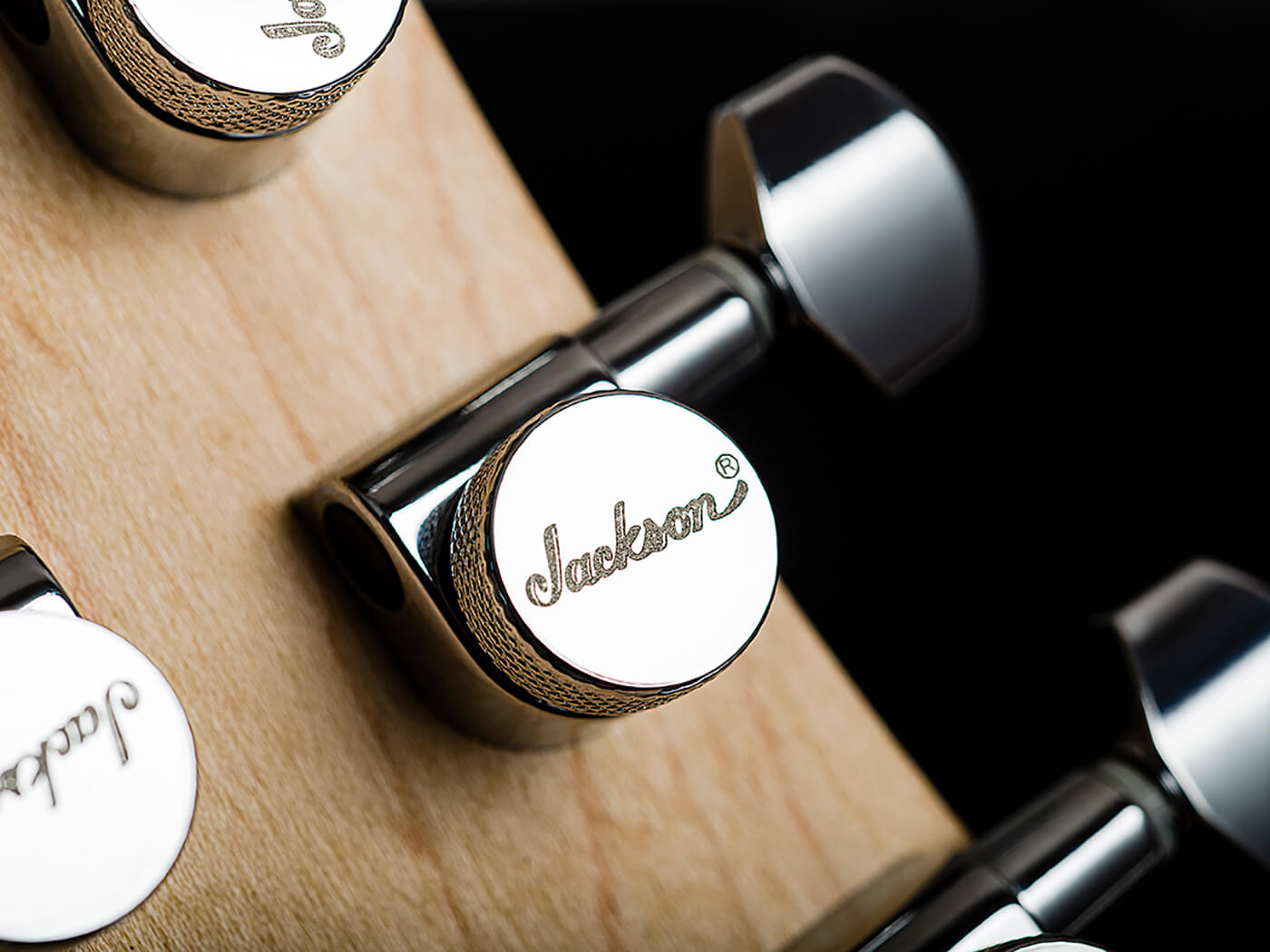 Signature guitars are sometimes designed with concessions to the mass market but with the Shadowcaster, Jackson and Rob Caggiano have remained true to the requirements of the artist whose name adorns its truss-rod cover. If you happen to be a metal or modern heavy rock player, you may find that Caggiano’s requirements perfectly match your own. 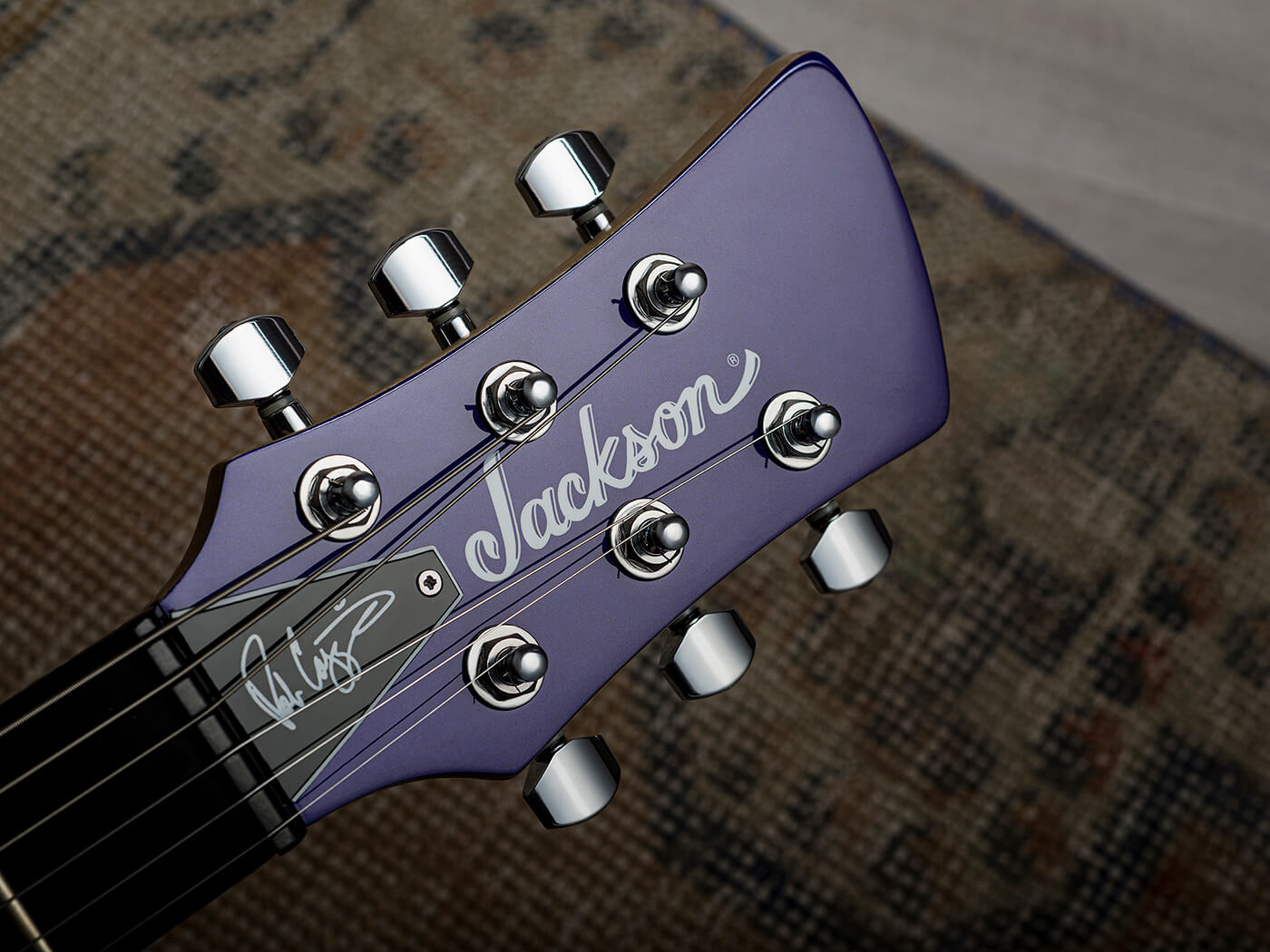