These budget solidbodies have a pedigree that goes back to Leo Fender himself, in a roundabout way. Are they worthy alternatives to the usual S-types? 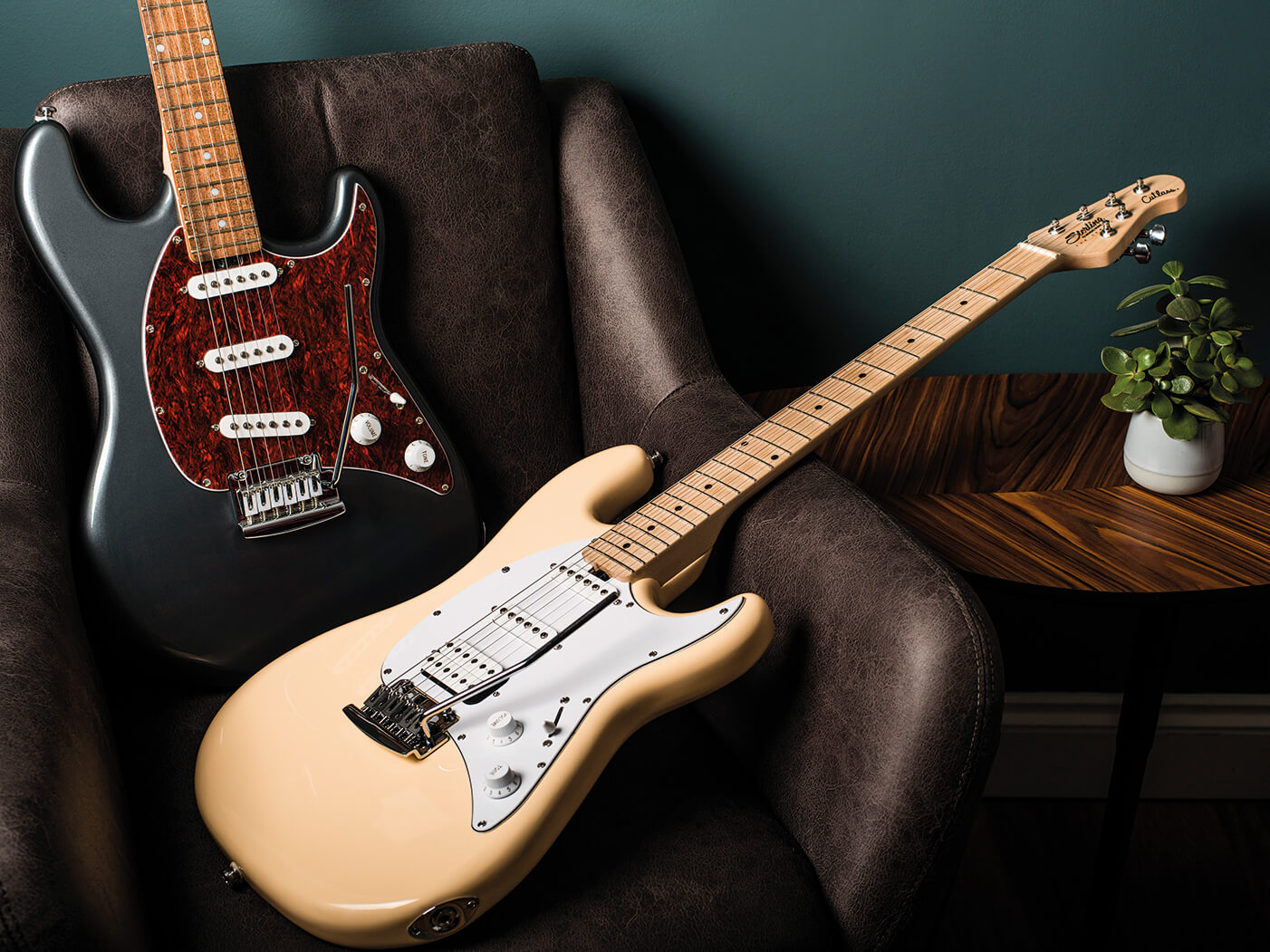 There are many reasons why you might want to buy a Stratocaster-derived guitar that isn’t actually a Strat. You might like the way another maker has updated the design, you might want a name that helps you stand out… or you might just want to save a few quid for that full-body Ariana Grande tattoo you’ve been promising yourself.

These two guitars meet all those criteria – with the added bonus of a historical link to Leo Fender. Available with the traditional three single coils or with a humbucker in the bridge position, this is the 2019 Sterling version of the Music Man Cutlass. The scratchplate shape and 4+2 headstock ensure it doesn’t look too much like the original three-pickup solidbody, while Indonesian manufacture allows it to undercut all the rivals listed at the end of this review. Ariana, here we come.

Leo Fender may only have been involved with Music Man for four years in the late 1970s before he went off to start G&L, but there are echoes of his first post-Fender design, the six-string StingRay, in the curvaceous form of the Cutlass. And in looks at least, there’s very little difference between these budget instruments and their US-made parent models.

We love the slightly offset body shape, and the rounded top of the guard that suggests a Strat sneakily morphing into a Tele. The asymmetrical headstock might be more divisive, especially for those of us who can never get used to having the G and B tuners on opposite sides, but you can’t deny its space-saving logic. There’s no such head-scratching required with the electrics: a five-way blade selector offers the usual pickup combinations, but there’s only one master tone control.

Of course, if you’re paying around 20 per cent of the price of an American Music Man, you can expect compromises. So these Cutlasses have poplar bodies instead of alder, more basic hardware and unnamed pickups. There’s also a much more limited colour range, with just two options for each model: Charcoal Frost or Daphne Blue for the SSS, Vintage Cream or Stealth Black for the HSS. Oh, and while both necks are maple, the darker fretboard isn’t rosewood, it’s laurel.

Finish quality is really quite decent, as we’ve now come to expect from factories outside the usual guitar-building heartlands, but there are one or two signs of cost-saving. The metallic paint on the SSS has some blotchiness in the lower cutaway, and the ends of the upper frets on both instruments are a little snaggy – 200mph shredders with delicate fingers, beware.

One more feature carried over from the pricier Cutlasses is the truss-rod adjustment wheel at the top end of the neck. It’s not exactly elegant, but it makes for easy tweaks to neck tension using the included (and disconcertingly bendy) four-inch metal rod.

On paper, poplar plus laurel should be a solid but unexciting variation on alder plus rosewood – we’re not bracing ourselves for a life-changing blast of tonal thrills with the Cutlass SSS. But there’s certainly nothing wrong with its acoustic voice, which is pleasant in a lightweight, restrained kind of way.

What’s surprising is the contrast between this and the HSS model with its all-maple neck. You might expect the maple ’board to make things more zingy, but this one’s markedly fuller and deeper. It’s not all about the fretboards, of course – knuckle-tap testing suggests this body is just a more resonant lump of timber.

Through a clean amp, the guitar with three single coils sounds well-balanced, sweet… and rather loud. There’s an impressive amount of natural sustain, but on the neck pickup at least, it’s a bit of a blunt instrument. Turning the volume knob down to 8 opens things up, letting some single-coil snappiness into the equation, but an even better move is to flip to the middle pickup – it’s still on the hot side, but there’s so much phasey cluck here that for a moment, we wonder if we’ve slipped into one of the in-between positions.

The bridge pickup is extremely bright and breezy and this is where you run into the limitations of the single tone control: in this position, you might well want it turned down to 6 or 7, but if you then switch back to one of the other four settings, it’s going to sound muddy.

The bigger acoustic voice of our HSS guitar, coupled with the same beefy middle and neck pickups, can make it sound even more dense – but the humbucker fits in well here, and balances nicely with the two single coils in both tone and output level. Again, it sounds more articulate and likeable if you pull back on the volume, but for bashing out overdriven powerchords that might not be necessary.

Both guitars are nice enough players, thanks to easy satin-finished necks, gently curved neck-join heels and solid factory set-ups. We’re a little concerned about the two-pivot vibrato bridges, though. Both arms are rattly and in the case of our Cutlass SSS, the action is so stiff as to make gentle wobbles all but impossible. Also, the bridge itself sits flat against the body, leaving the intonation screws angled up at an alarmingly sharp angle.
Should we remove a tension spring to loosen things up a bit? Based on the behaviour of the HSS’s bridge, no. This one’s spring-retaining claw hasn’t been screwed in quite so deeply, resulting in a less rigid feel… and, as a consequence, some issues with returning to pitch.

On balance, we’d take the stiffness – and it’s an easy adjustment to make – but it is a potential complication to be aware of when buying in this price bracket, where hardware is never going to be of the highest quality. The moral, perhaps, is that ‘try before you buy’ is just as important with budget guitars as it is with boutique wallet-slayers.