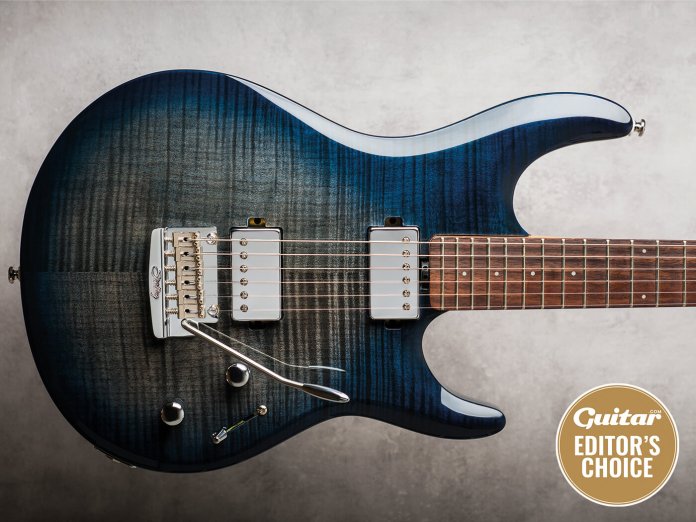 Seven years ago, Music Man released the Luke III, with a more affordable Sterling-branded version of the sleek Steve Lukather signature model arriving in 2014 in the shape of the LK100D. The latest version of this reliable model featured here drops the ‘D’ from its moniker and swaps DiMarzio Transition pickups for Sterling’s own Music Man-designed humbuckers, while the neck material is upgraded from plain ol’ maple to the roasted variety.

With a striking flame maple veneer and classy Blueberry Burst finish, the aesthetics certainly belie the price point, as does the V-shaped neck profile. We were initially a little taken aback to encounter such a pronounced V on a relatively slim neck, but 10 minutes in we were smitten – it’s both supportive and effortlessly comfortable, with a silky feel. 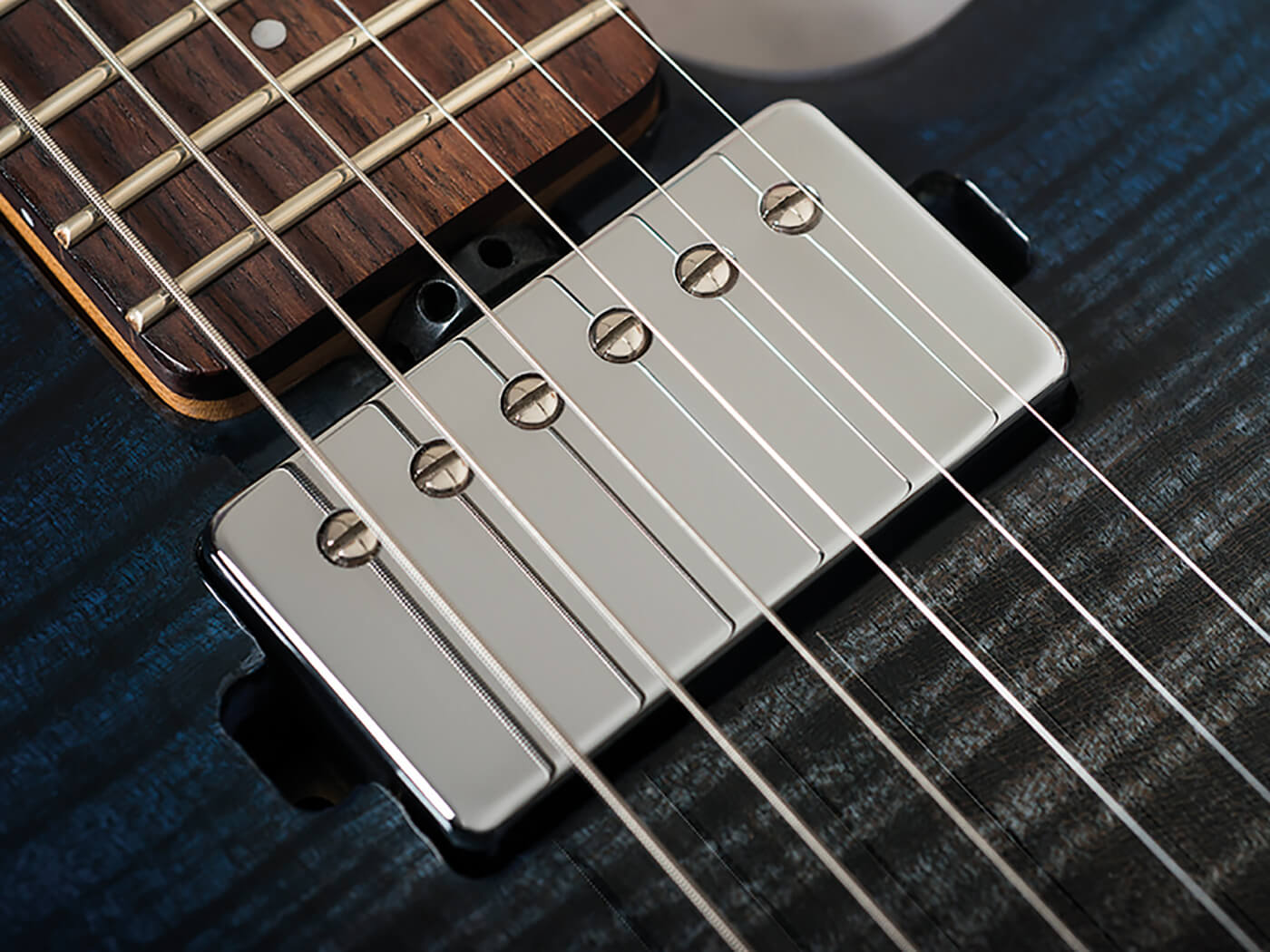 If you think own-brand pickups must be a sonic downgrade on the previous DiMarzios, we strongly advise plugging in and leaving your preconceptions at the door. In fact, the pickups are very much the star of the show, with seemingly boundless versatility.

Running the Sterling through a Bogner Ecstasy patch on our Axe-Fx III, the output from the passive pickups is not as liquid-hot as you might expect from a signature artist that was once exclusively associated with active EMG units. The bridge pickup offers plenty of bite and power, while the neck humbucker is ultra creamy.

Some will bemoan the paucity of high-end sparkle in this position, but our temptation to tweak the amp to restore it subsides as we acclimatise to the sound, and begin rolling off the volume a little. This is precisely when the LK100 begins to reveal just how characterful it is, and part of the joy of the playing experience is digging in for those fusion-tinged Lukather style licks.

Another nice feature is the active boost, introduced via the push/push volume control. It’s certainly not a transparent clean boost – we detect a little gain added to the tone – but nonetheless it’s an eminently usable feature, providing a near-perfect sonic spike for the switch between rhythm and lead.

The whammy bar is very important to Lukather’s playing, as his wonderful faux-slide licks prove. The Sterling-branded vibrato unit copes with anything we throw at it and is seriously expressive. We find our right hand is positively glued to it, scooping into notes and even using it in place of finger-vibrato – something we rarely use a vibrato arm for. And despite all this whammy use and abuse, there’s no need to keep reaching for the tuners; everything is nicely stable and tuning is rock-solid.

Sometimes a new piece of gear will give you the platform to express yourself, and sometimes it can encourage you to explore new aspects of playing – impressively, the Sterling Luke falls into both categories.