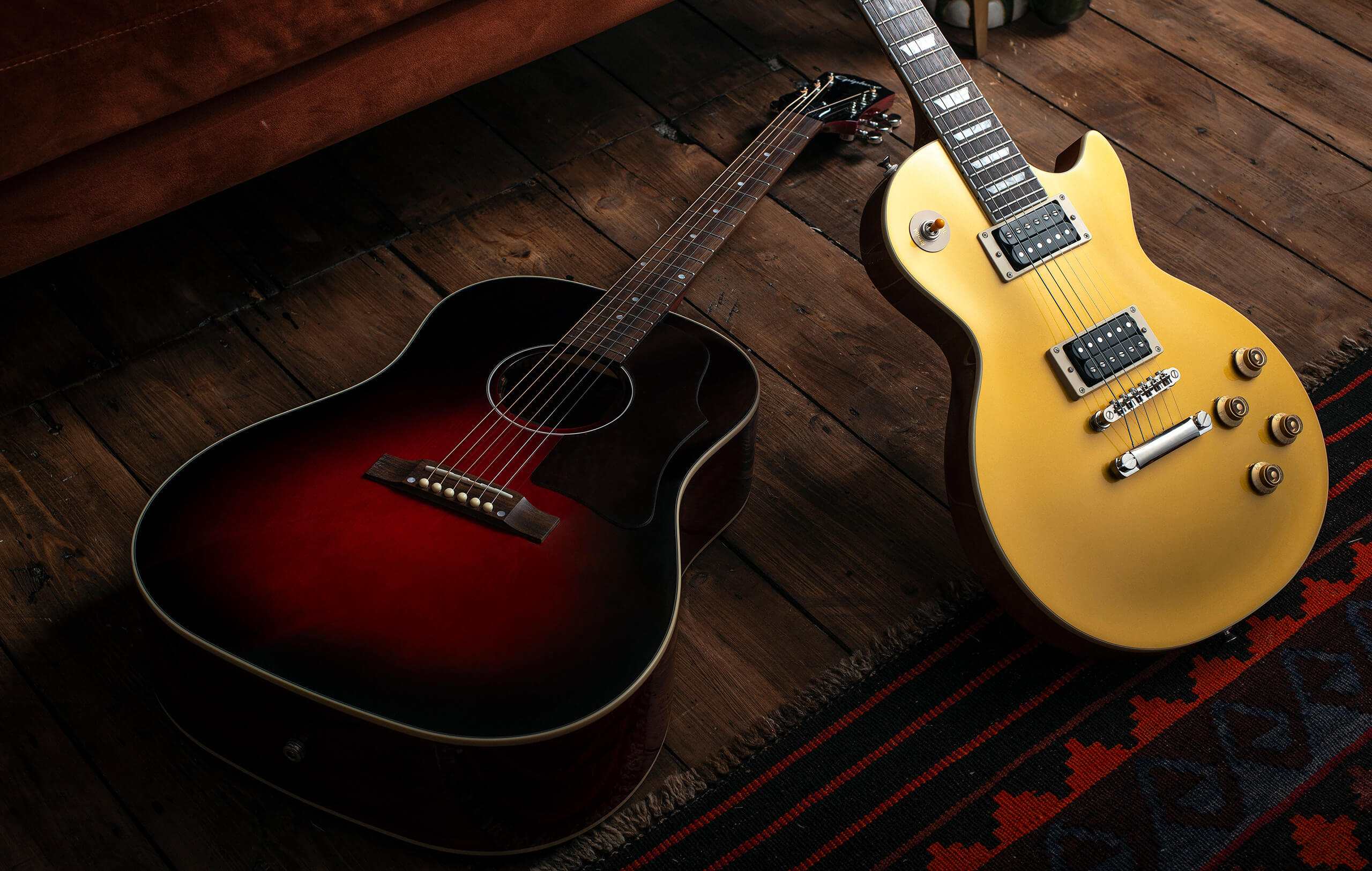 Opening the matching black Epiphone cases adorned with Slash’s familiar skull logo, we are greeted by a cheerful brace of instruments which from the nut down look pretty much identical to the Gibson Slash Core Collection guitars that we reviewed when they first hit the UK in early 2020. The headstocks do give the game away but it’s worth pointing out that the redesigned Epiphone ‘Kalamazoo’ headstock lends an air of gravitas and elegance to the brand’s latest models that the previous design never quite achieved. 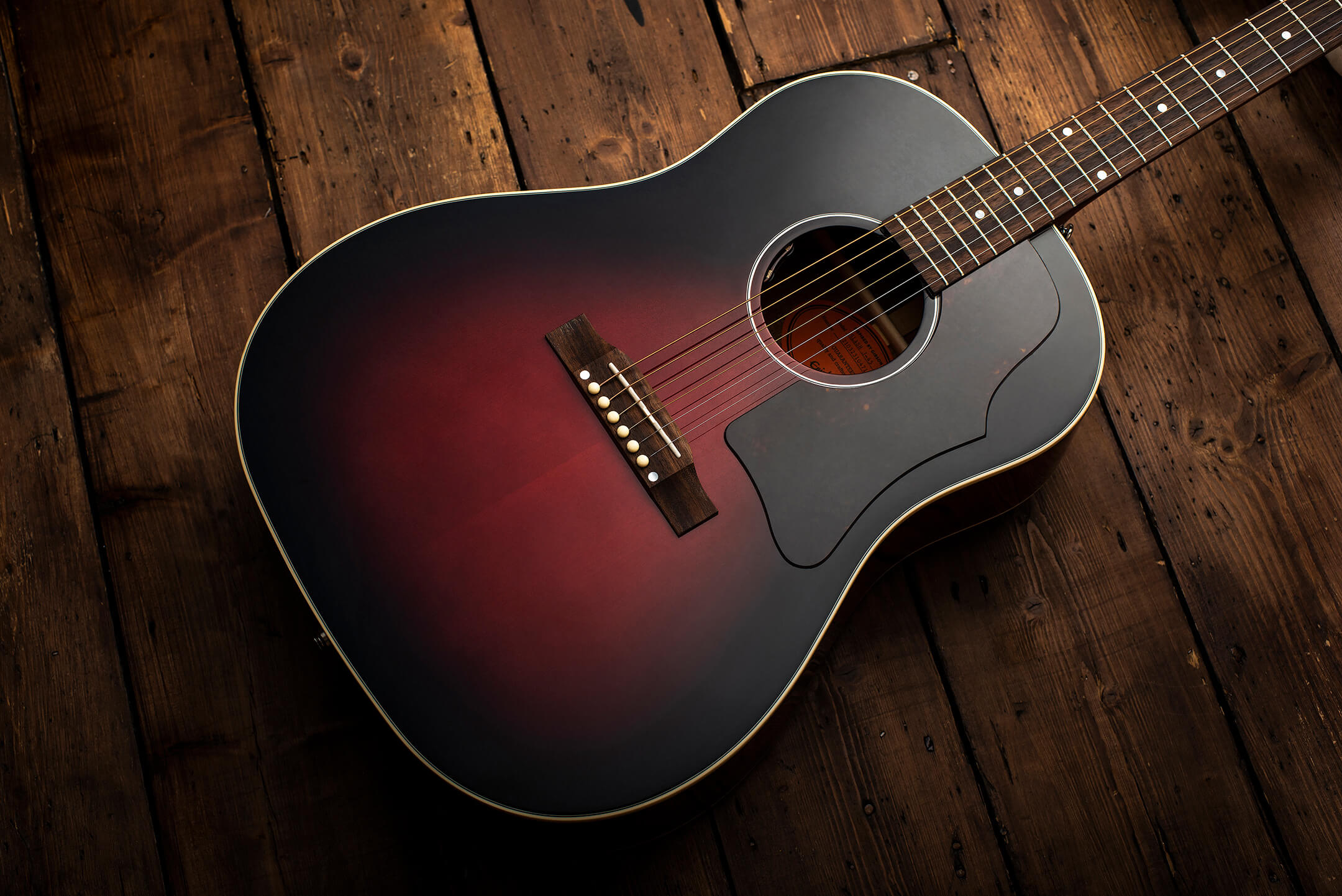 In the electric corner we have the Chinese-made ‘Victoria’, an attractive Goldtop tribute to one of Slash’s beloved Les Pauls, complete with uncovered pickups ready to rock things sideways. The acoustic corner is occupied by an Indonesian-made slope-shoulder J-45 featuring a deep red Vermillion Burst finish for the more sensitive moments. The acoustic is also available in the more traditional two-tone November Burst, while the Epiphone Slash Les Paul Standard is to all intents and purposes the same as our Goldtop review model only with a flame maple veneer visible through Anaconda, Vermillion, November and Appetite Bursts.

We kick things off with Victoria. In an unorthodox move, Slash named his original Goldtop, upon which this guitar is based, after a woman responsible for the theft of several of his instruments. While most of the guitars eventually returned home, the Goldtop is still out there somewhere, presumably with its light-fingered namesake. 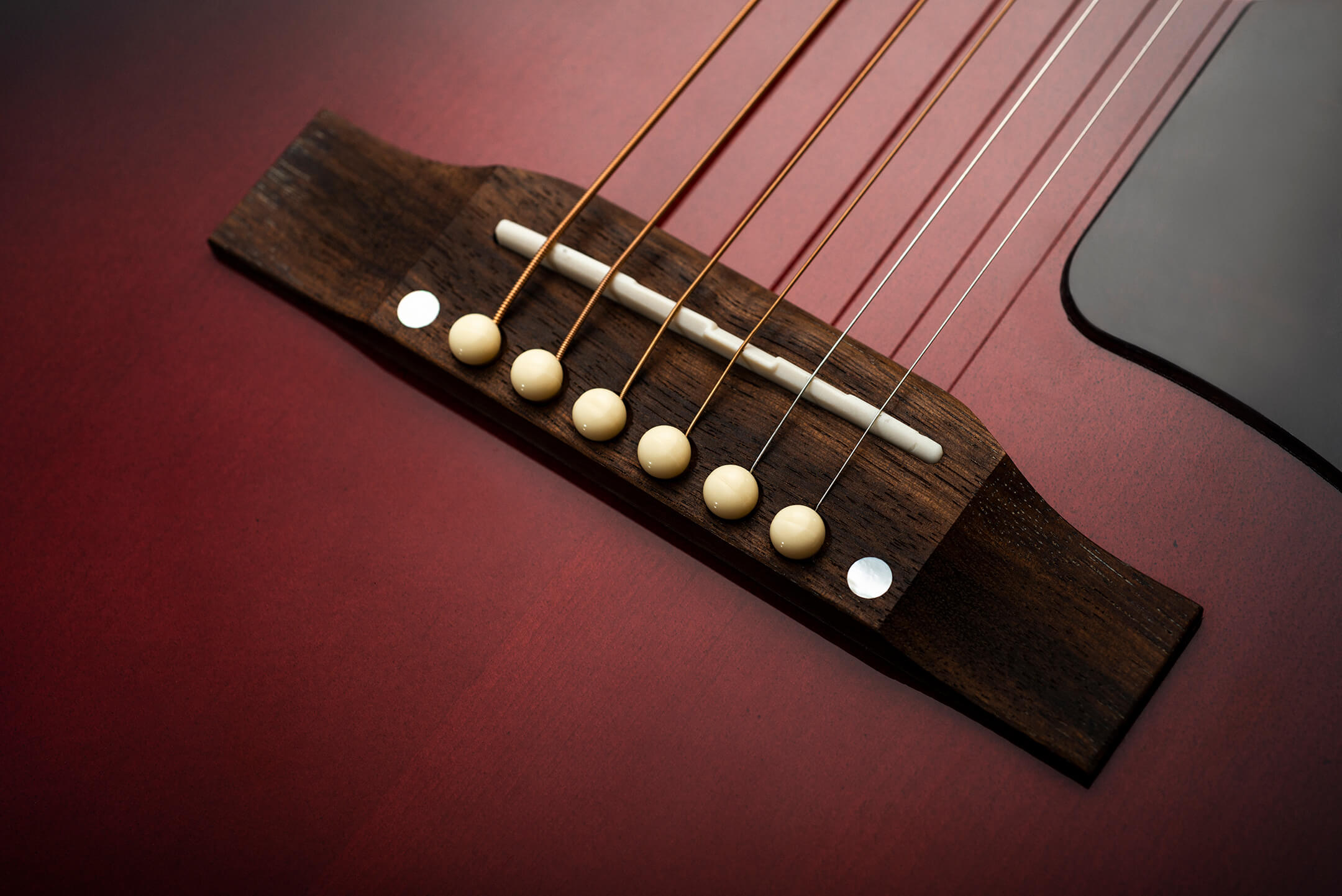 This is a good looking Les Paul and, at first glance, there’s not much to differentiate this instrument from its Gibson sibling. Yes, the shiny reflections on the gloss polyurethane finish are a giveaway, there are some slightly inaccurate areas of colour application and the gold lacks the depth of a nitrocellulose finish. But it still looks a lot more serious than the price-tag would suggest, and the Kluson-style tuners and nickel-plated hardware also add gravitas. The body weight is reassuring and the neck – carved to the same specifications as Slash’s Gibson models – has a beautifully full, chunky profile. The laurel fingerboard – an increasingly popular alternative to rosewood on budget instruments – looks the part too. 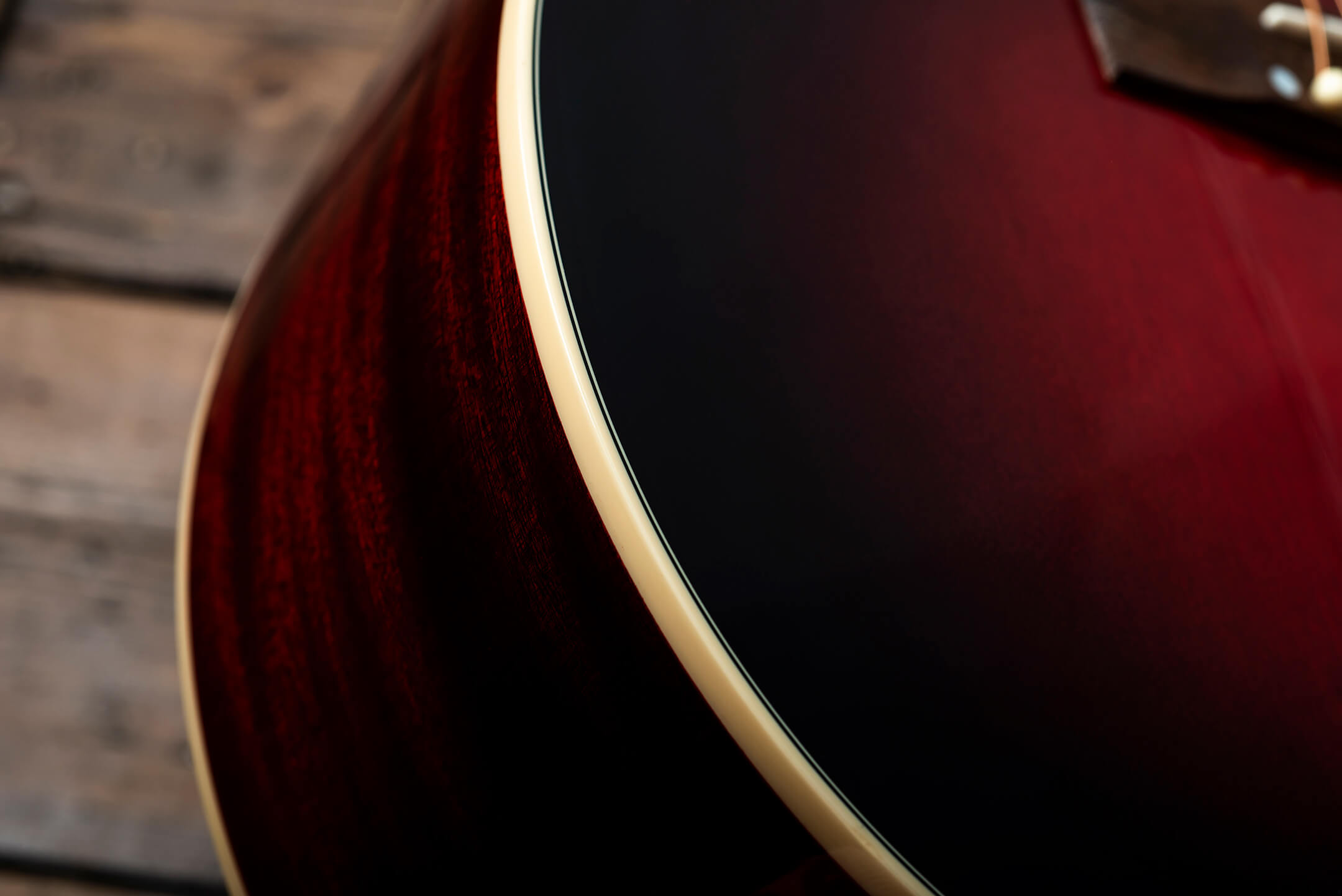 Speaking of chunky, the C-shaped neck on the J-45 is a bit of a beast. By no means unmanageable, it’s still quite a handful – just like the Gibson Slash J-45 model, in fact. In acoustic guitars a thick, solid neck is often a very welcome thing as it can prevent energy loss, and as the guitar features all-solid wood construction this certainly bodes well. As you might expect, the Epiphone Slash J-45 also comes stage-ready with an LR Baggs VTC active pickup system. 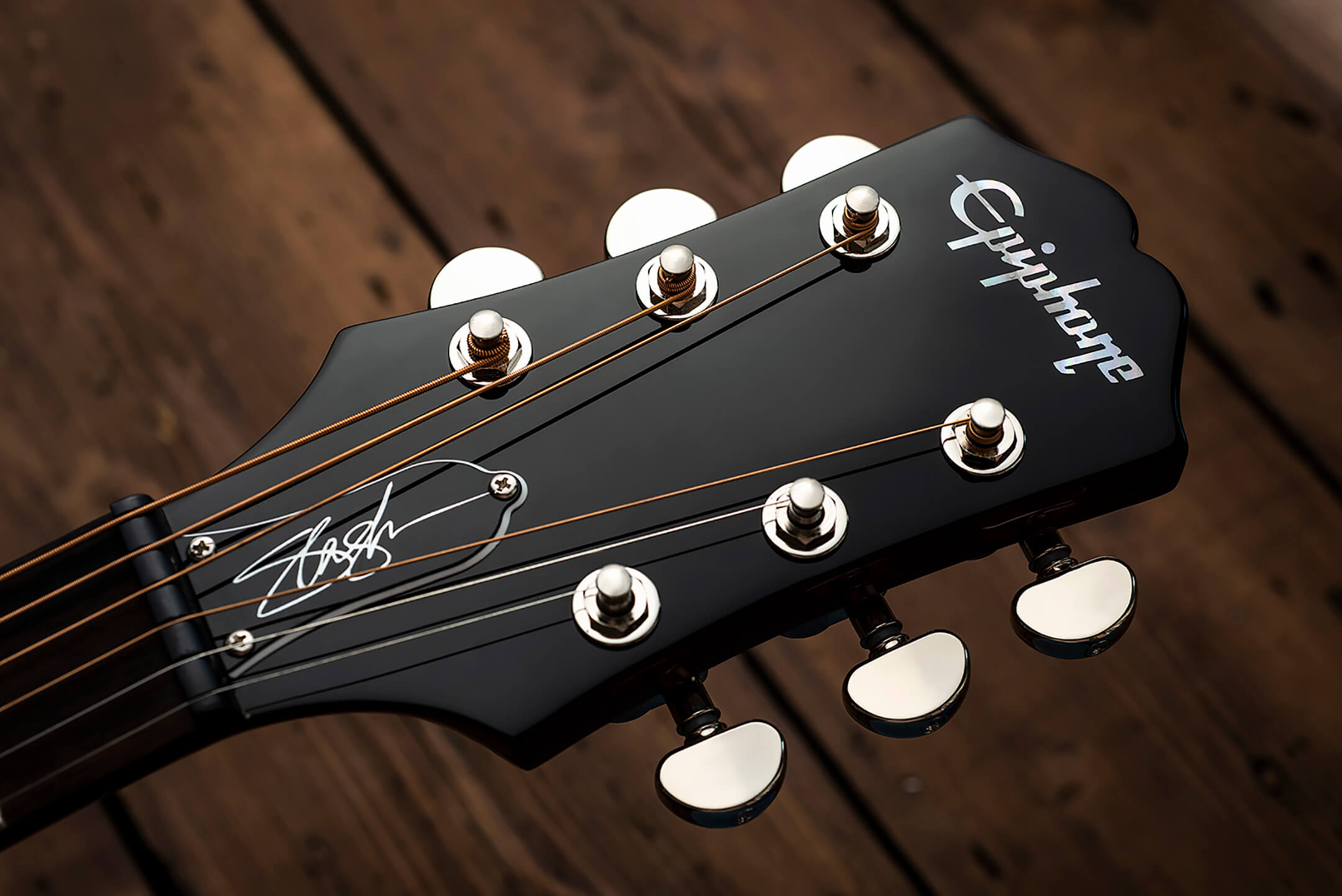 Plugging Victoria Gold into a warmed-up Cornford Hurricane with just a wah pedal between axe and amp, we get an immediate shot of authentic-sounding rock ’n’ roll snarl. The pickups are Epiphone’s Custom ProBuckers – slightly overwound and hot, and unique to this series – and the bridge unit delivers a great take on that raucous, nasal Les Paul sound.

As expected, this guitar loves a bit of tube amp dirt. Powerchords are chewy and, well, powerful and the guitar lends a grippy feel to single notes and doublestops – the very thing for flamboyant pentatonic solos. If you’re looking to emulate Slash’s playing as well as his guitar choice then you’ll be gratified to learn that the big bends and wide-vibrato typical of the man himself are a breeze here. 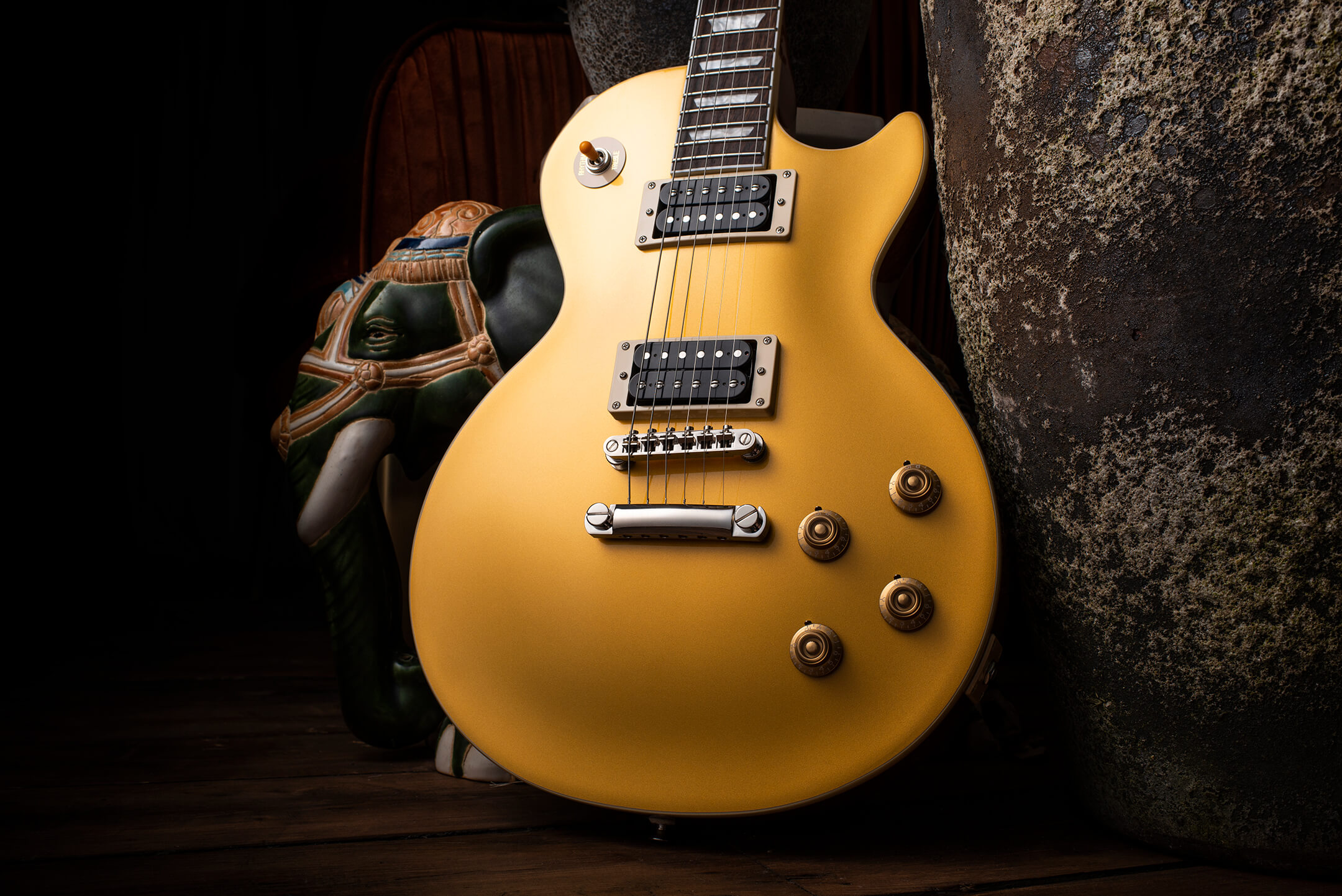 The middle position can often be something of an afterthought for any Les Paul-minded rocker but in this case we have some very useable sounds, and that’s before you explore the joy of blending with the twin tone and volume controls. The response may not be as detailed and immediate as that of the Gibson models but there are some genuinely inspiring timbres to explore, which encourages us to play expressively and experiment with different had positions and attacks. No bad thing! 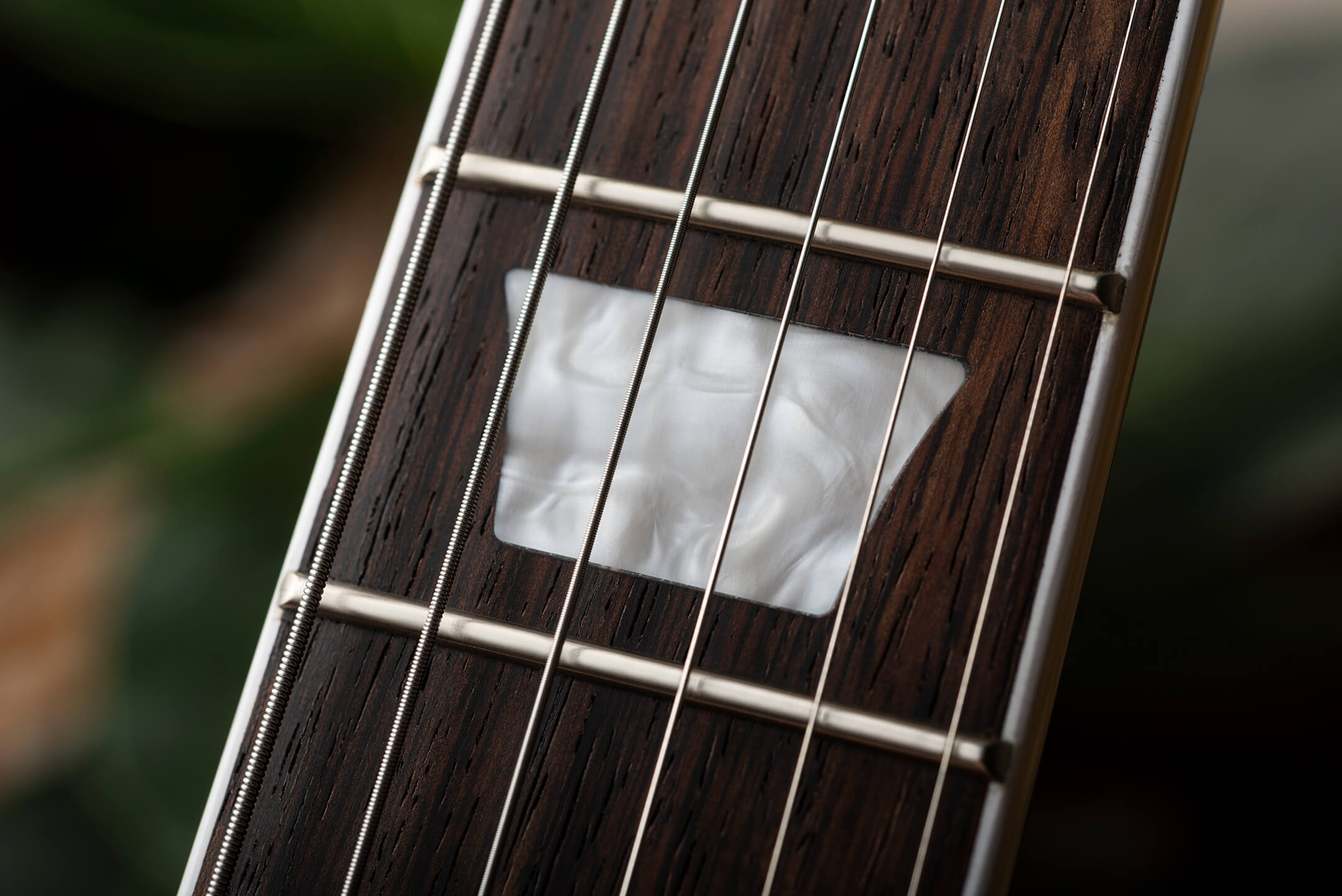 The neck pickup is a real beauty. Smooth, round and jazzy, it doesn’t do the flutey clarity of a 1950s Goldtop but it remains articulate and musical as we dial up the gain. Just for fun, we pull back into clean territory and the results are impressive – especially when we drop the pick and get involved with fingers only for some Wes Montgomery-style octaves. 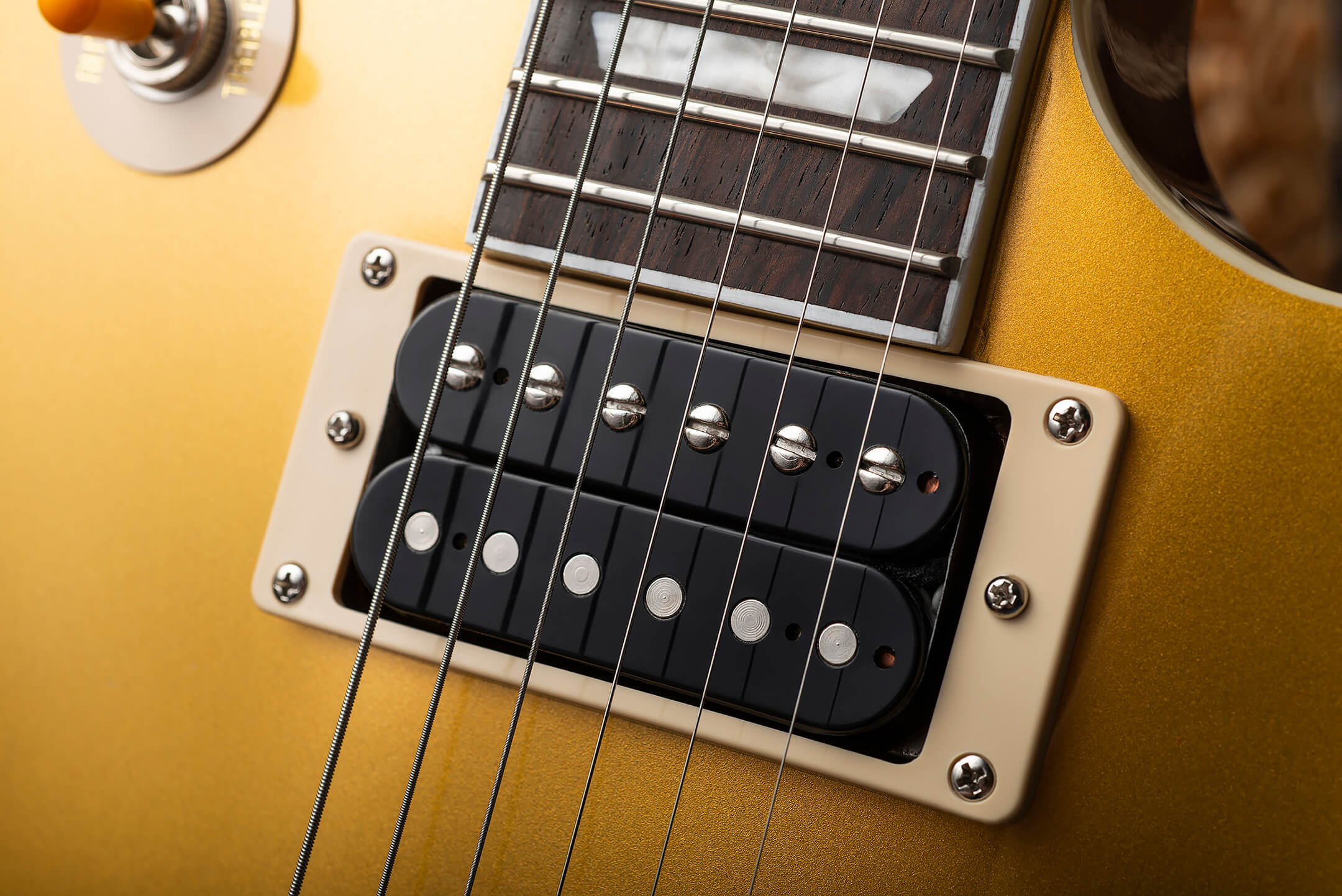 Time to get heartfelt with the J-45, which is just begging for some big chords with a medium pick. Unplugged, the guitar responds better to strumming than to fingerstyle, with a focused, mid-heavy fundamental voice courtesy of the mahogany back and sides.

The J-45 is a classic design which certainly likes it when you dig in, and this is no exception. Dropping the guitar into alternate tunings is a breeze too, thanks to the well-cut nut and Grover Rotomatic tuners. 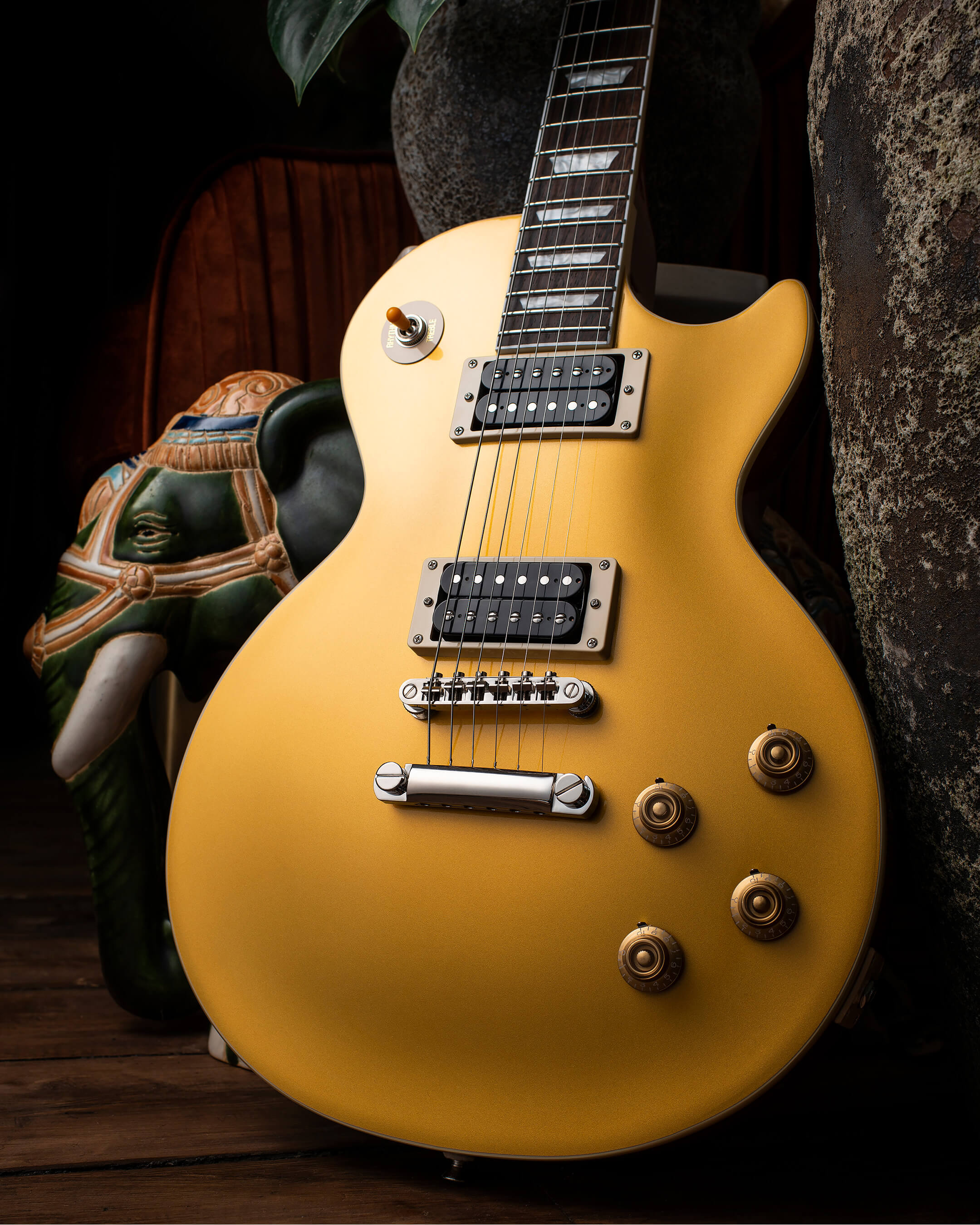 VTC stands for Volume, Tone and Compression and plugging the Baggs pickup system into a Fishman SoloAmp with a touch of reverb, we get good results from the start. There’s still a touch of piezo front-end but the chances are that these guitars will see most action within a band where those slightly spiky transients will help cut through the mix.

Regardless of the strength of your ardour for Slash’s back catalogue, both of these instruments work well on their own merits. If you’re a fan then the decal signatures on the truss-rod covers will mean a lot, if not you could easily swap them out for a more traditional look. The same does not, however, apply to the gold skull logo on the back of the headstock. But you shouldn’t let that put you off. 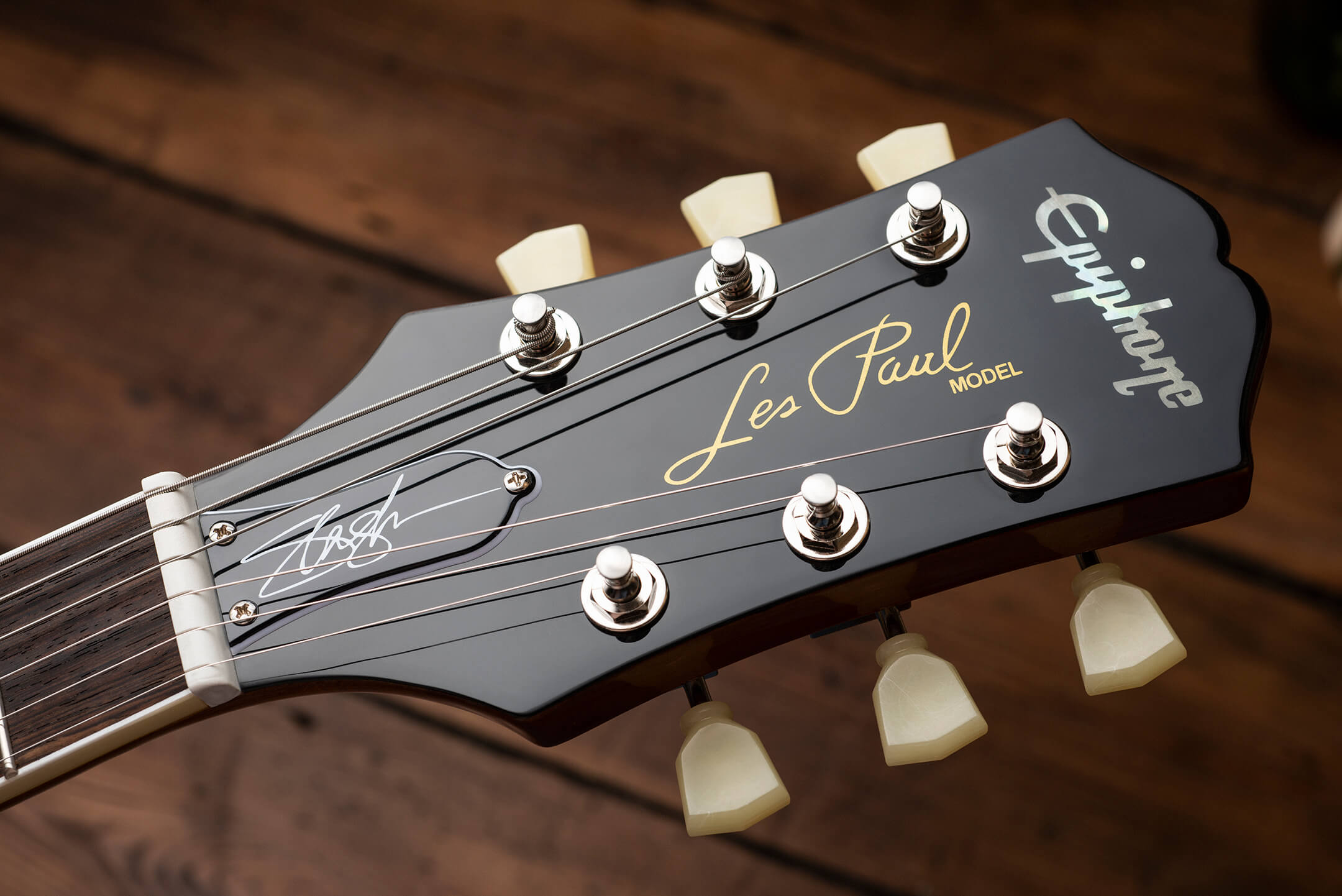