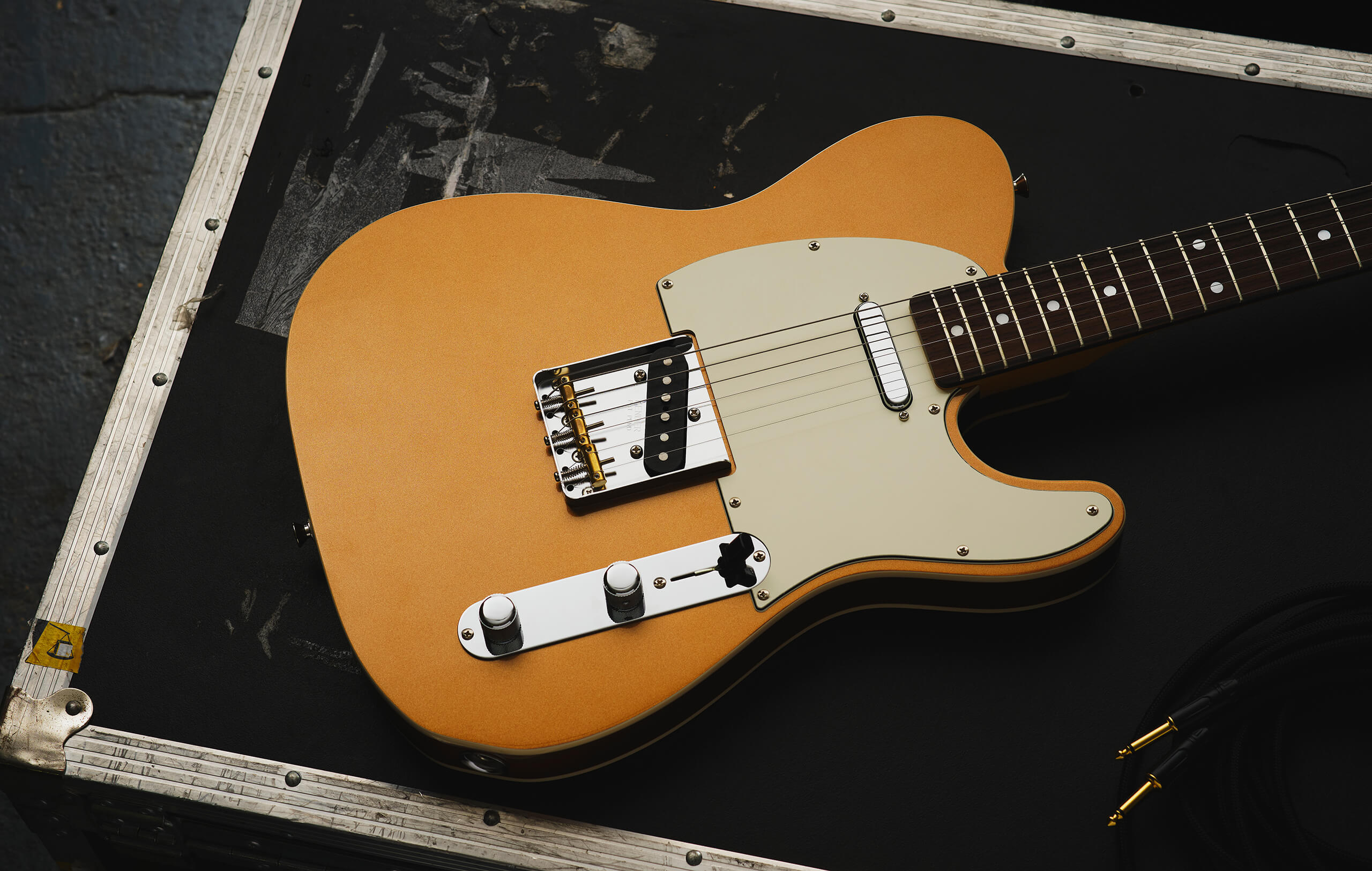 The Big Review: Fender JV Modified ’60s Custom Telecaster – looks like an old-school Tele, sounds like much more than that

This Japanese-built Telecaster marries the old and new, but is that enough to make it a modern classic?

Inspired by the much-loved Japanese Vintage Series of the early 1980s, Fender’s JV Modified ’60s Custom Telecaster takes the formula of a classic Tele reissue and attacks it with some brave design and material choices. Although on the surface its looks are thoroughly ‘standard’, from the moment you pick it up this guitar is out to subvert your expectations of a vintage-inspired Fender.

At the time the original JV range came about, Fender was struggling towards the end of its CBS-owned period. Guitarists were specifically searching for pre-CBS models and the big F needed something to convince them to buy new instead. Enter the JV Series, which was a huge hit thanks in no small part to the Japanese factories’ famously strong attention to detail.

There was a lot of variation in the series in terms of specs, and even branding: some models said Fender on the headstock, others Squier. Some came with traditional alder bodies whereas others were basswood; the electrics could be US-made or Japanese. This variety is another part of what makes the original JVs so sought-after. 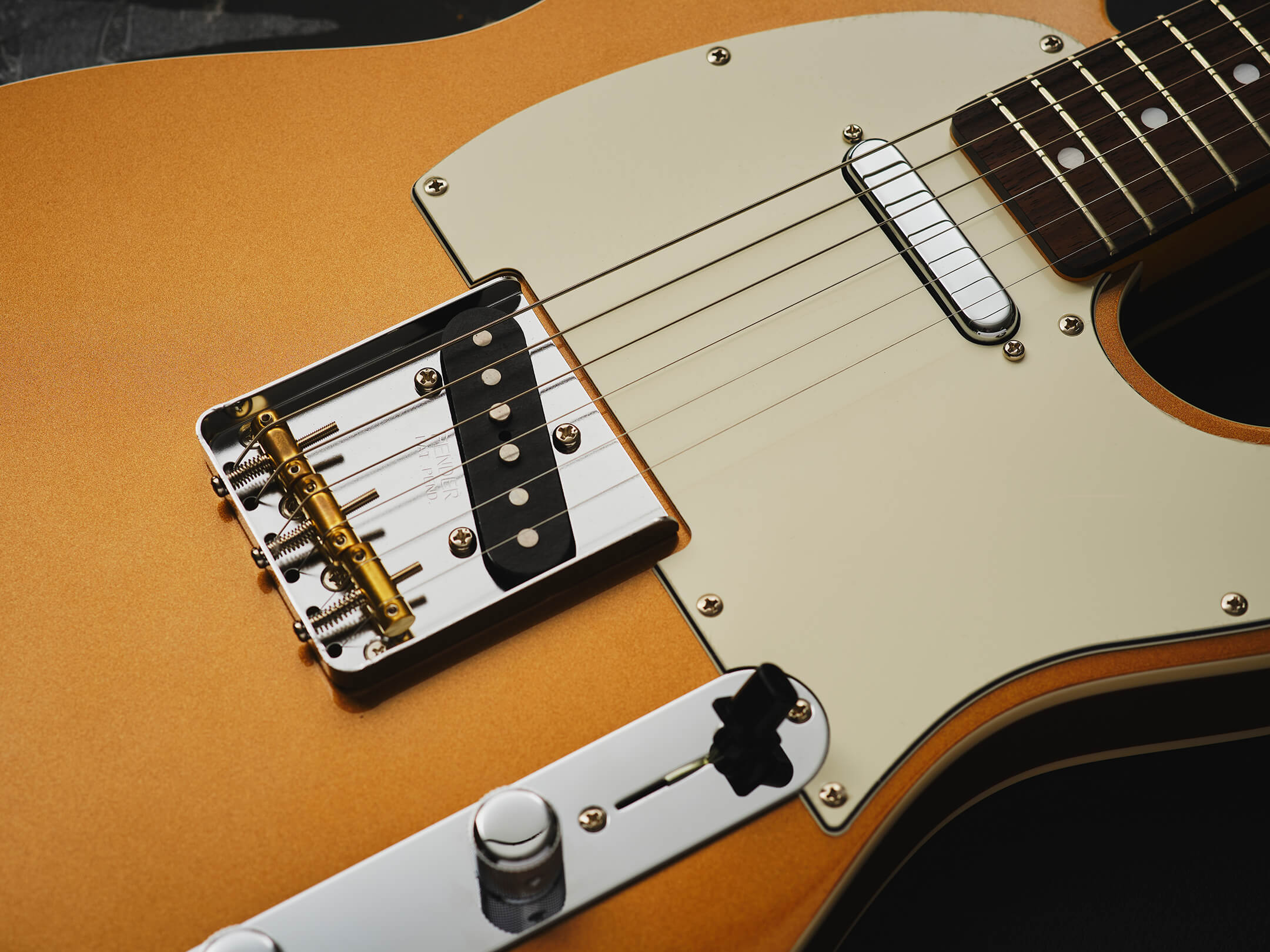 With the new JV Modified range, basswood is back. Some players will baulk at the sight of that word – and on a 60s-inspired Telecaster retailing at over a grand, it is a surprise to see it on the spec sheet. From the off, it’s clear that Fender is trying to throw something new at players, and we think this is actually refreshing.

The soft V-profile neck adds to the esoteric allure of the JV Modified ’60s Custom Tele, with a slightly more rounded contour than that of a true vintage-era V neck. It comes coupled with a 9.5-inch radius rosewood ’board, a familiar combination for most Tele aficionados. There’s a satin finish on the back of the neck, giving it a smooth and luxurious feel that’s comfortable from the moment you grasp it. 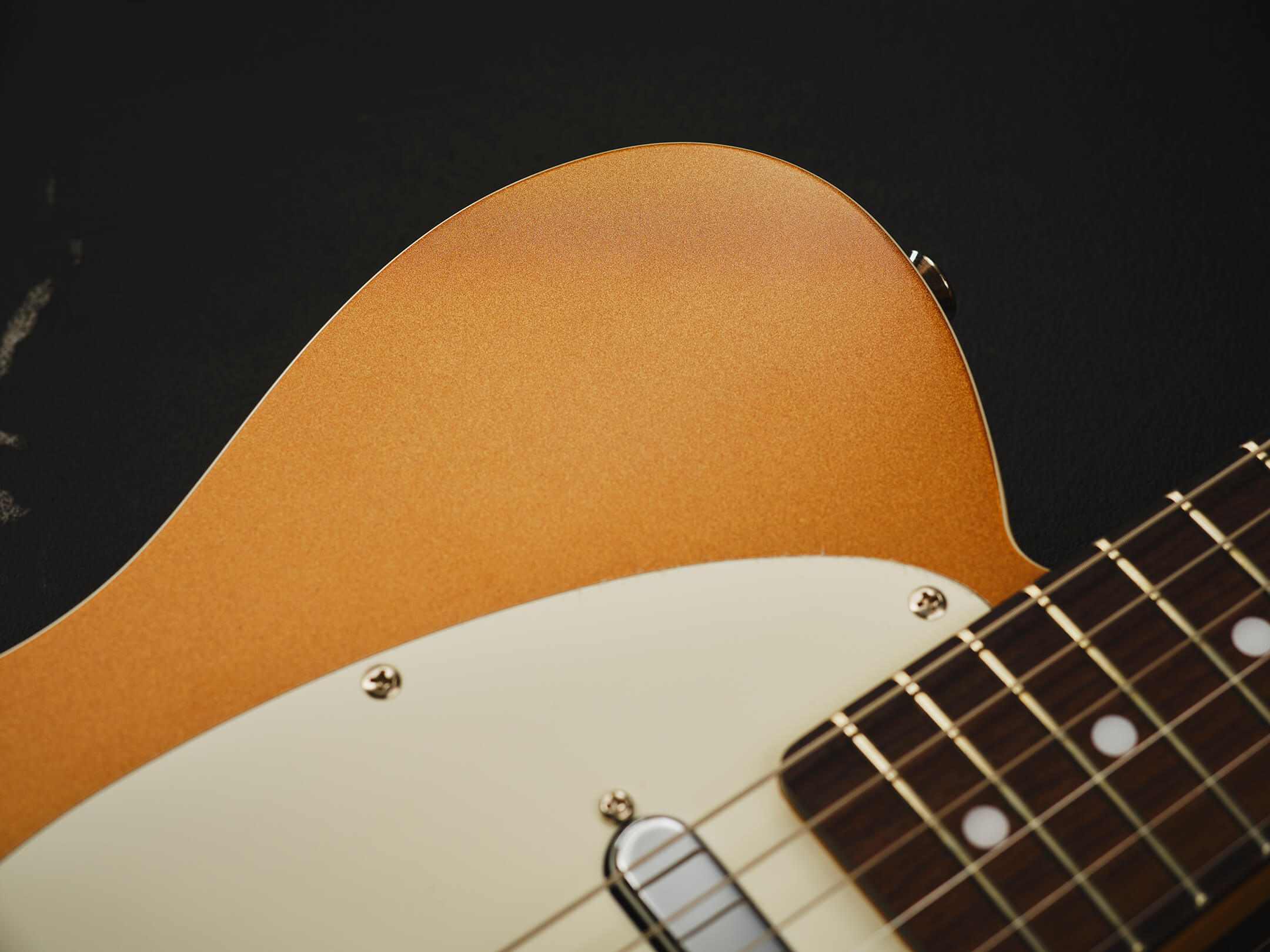 But it’s in the electrics that things get really non-vintage. The pickups themselves are standard fare but come with a couple of key modifications on the control plate: a four-way switch, the extra position allowing you to put the two pickups in series instead of parallel for a beefier tone; and a push-pull tone pot, giving further scope for tweakage by moving the pickups out of phase in positions two and four.

Hardware comes in the form of the classic Tele string-through-body bridge, with three straight brass saddles, and vintage-style locking tuners. At first glance these look very much like the split-post Kluson-style design, but there’s no hole in the centre of the post for feeding the string into. 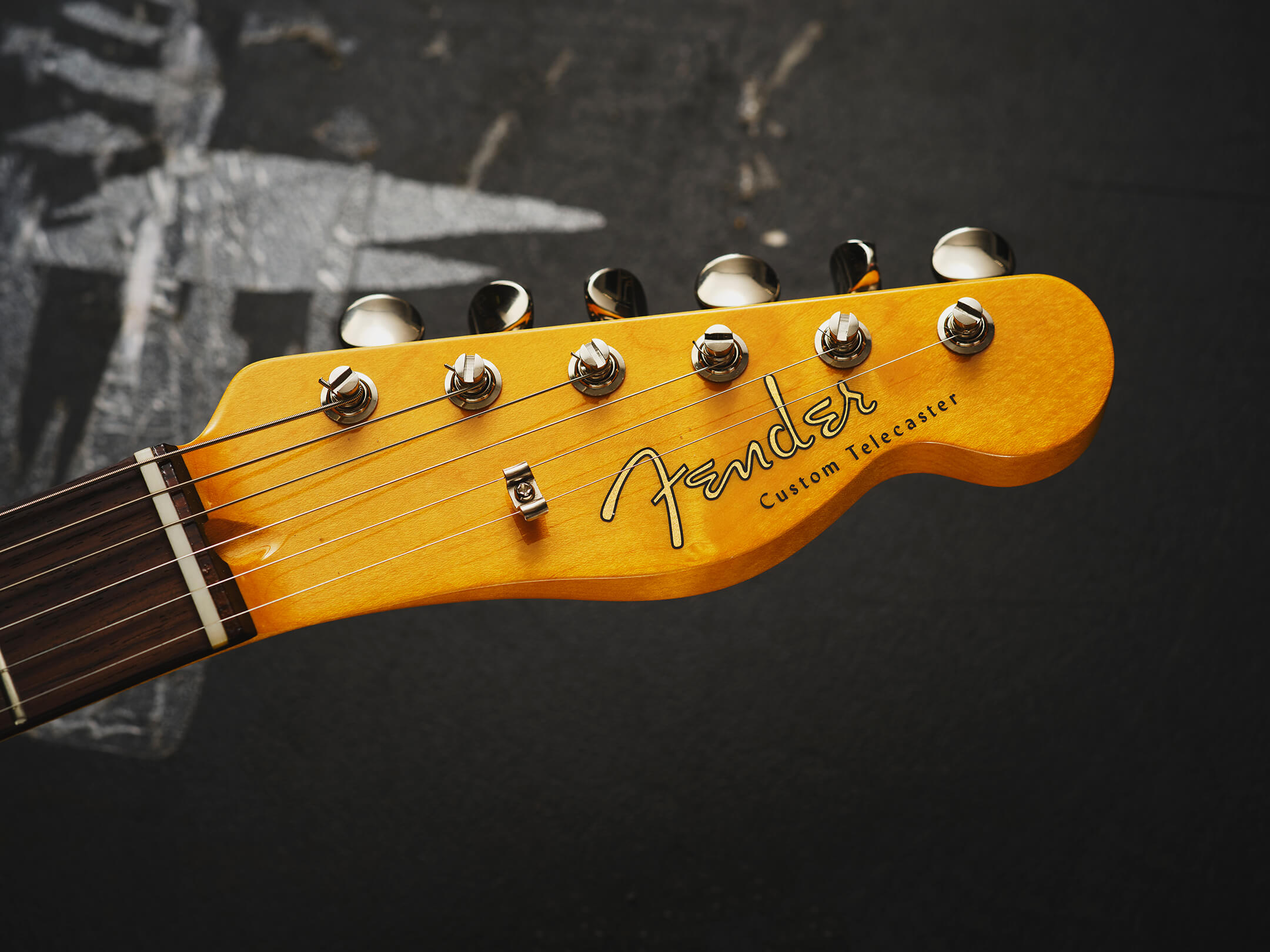 The first thing you’ll notice when you pick up this guitar is its weight. Compared to just about any other Fender Tele you’ve probably played it feels remarkably light, and that’s an absolute gift in long rehearsals. Swapping over to a Vintera ’60s Tele for one song in an alternative tuning, the difference between the two is night and day. And there’s no sign of headstock diving despite that feather-like body mass either: it feels well balanced whether you’re playing seated or strapped up and standing.

Despite its reputation as a lesser tonewood, this slab of basswood is electrifyingly resonant, giving off an almost semi-hollow feel when strumming open chords. It’s quite a compelling experience, making you feel really connected to what you’re playing and giving the guitar a lively feeling through your picking arm and midriff. 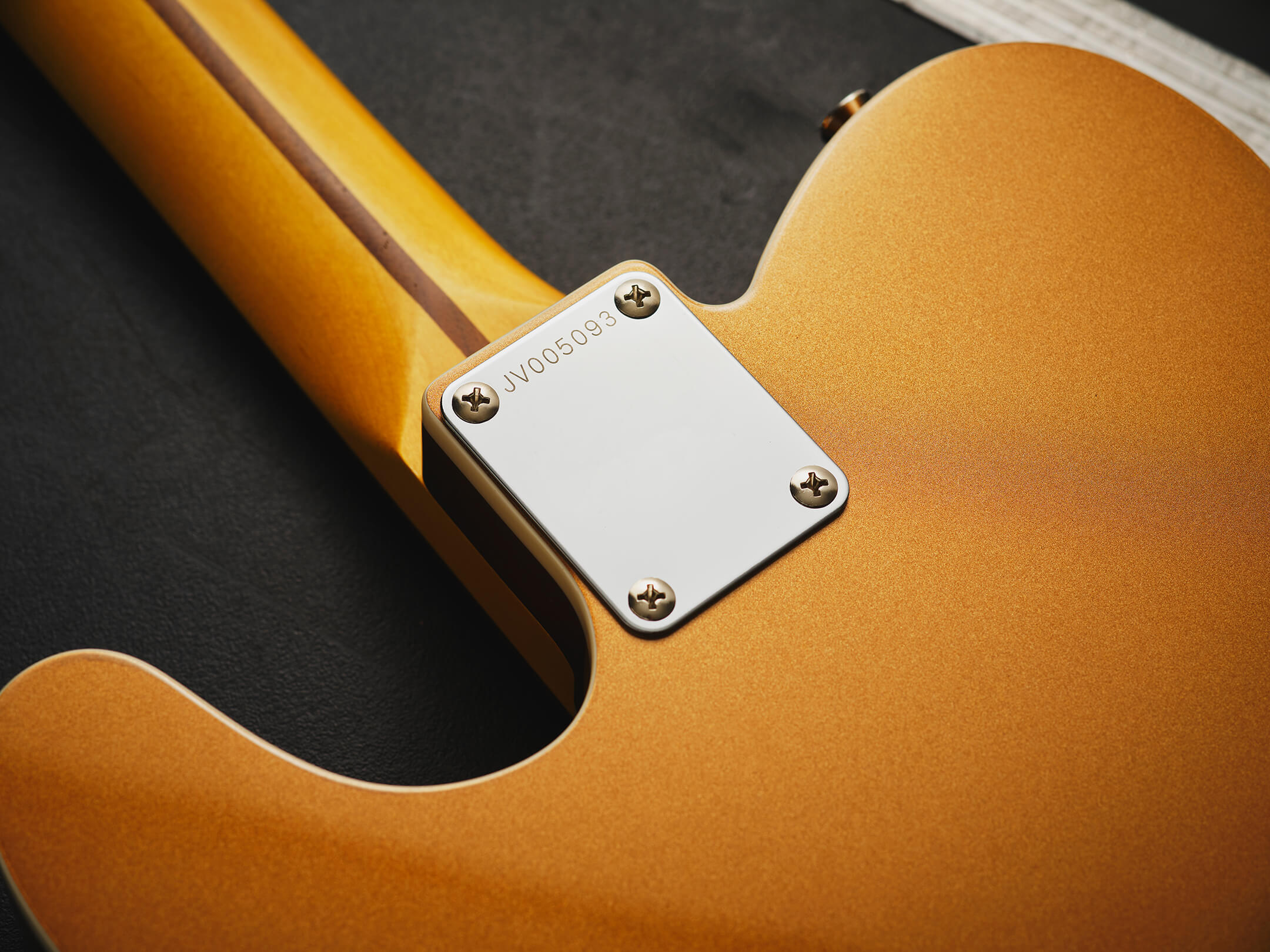 The soft V neck is a delight for all kinds of playing, although if you’ve not encountered a V profile before then it may take some getting used to: musical passages that move from the bass to the treble strings can initially feel odd as you roll over the hump of the thicker section in the middle. But for players with hands of more diminutive dimensions, those Hendrix-style thumb chords that seem so far out of reach on other neck profiles will suddenly be well within your grasp.

The softened profile of that V gives a seriously sleek feel, enabling blazingly fast technical licks to flow freely. Our three-note-per-string legato runs absolutely fly off the fretboard, although bending technique does have to be refined a little if you’re used to the more common C profile. 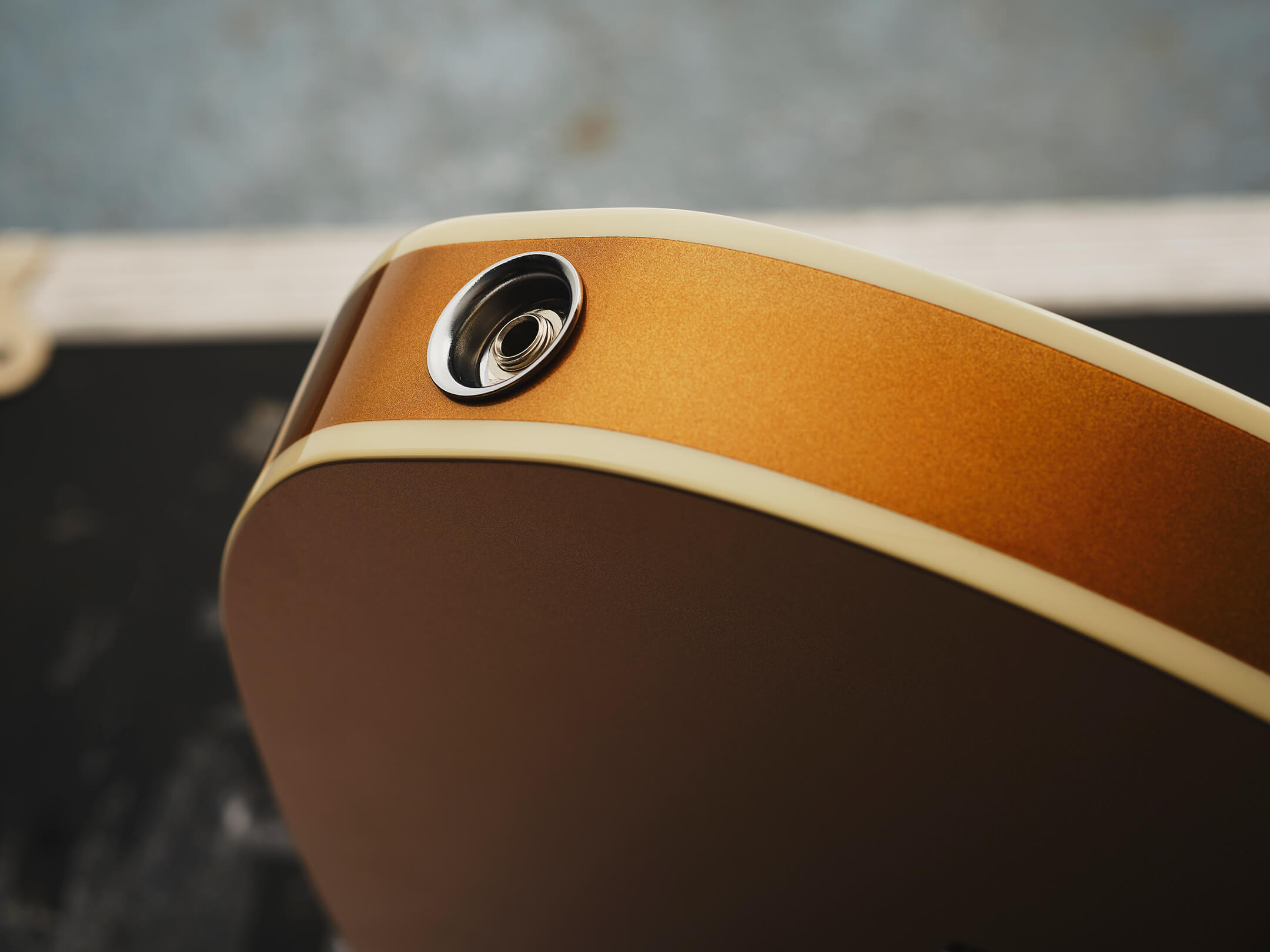 The pickups are described by Fender as ‘vintage-voiced’, and when played through a classic Fender clean amp in the bridge position this guitar delivers bucketloads of that cutting Tele spank. There are no surprises in the three standard positions – but once we get into our extra switching options, things start to become more interesting.

Push to position four and you get the two pickups in series, delivering a serious increase in output. It’s quite a volume jump from the other positions, offering a thicker tone that’s closer to a PAF humbucker than a Fender single-coil. Paired with an overdrive pedal pushing an EL34-equipped amp we got some immense tones, and this could be super-useful for boosting specific sections of a live performance. At higher gain levels we do find both pickups to be a little noisy, but that’s nothing a decent noise gate can’t solve. 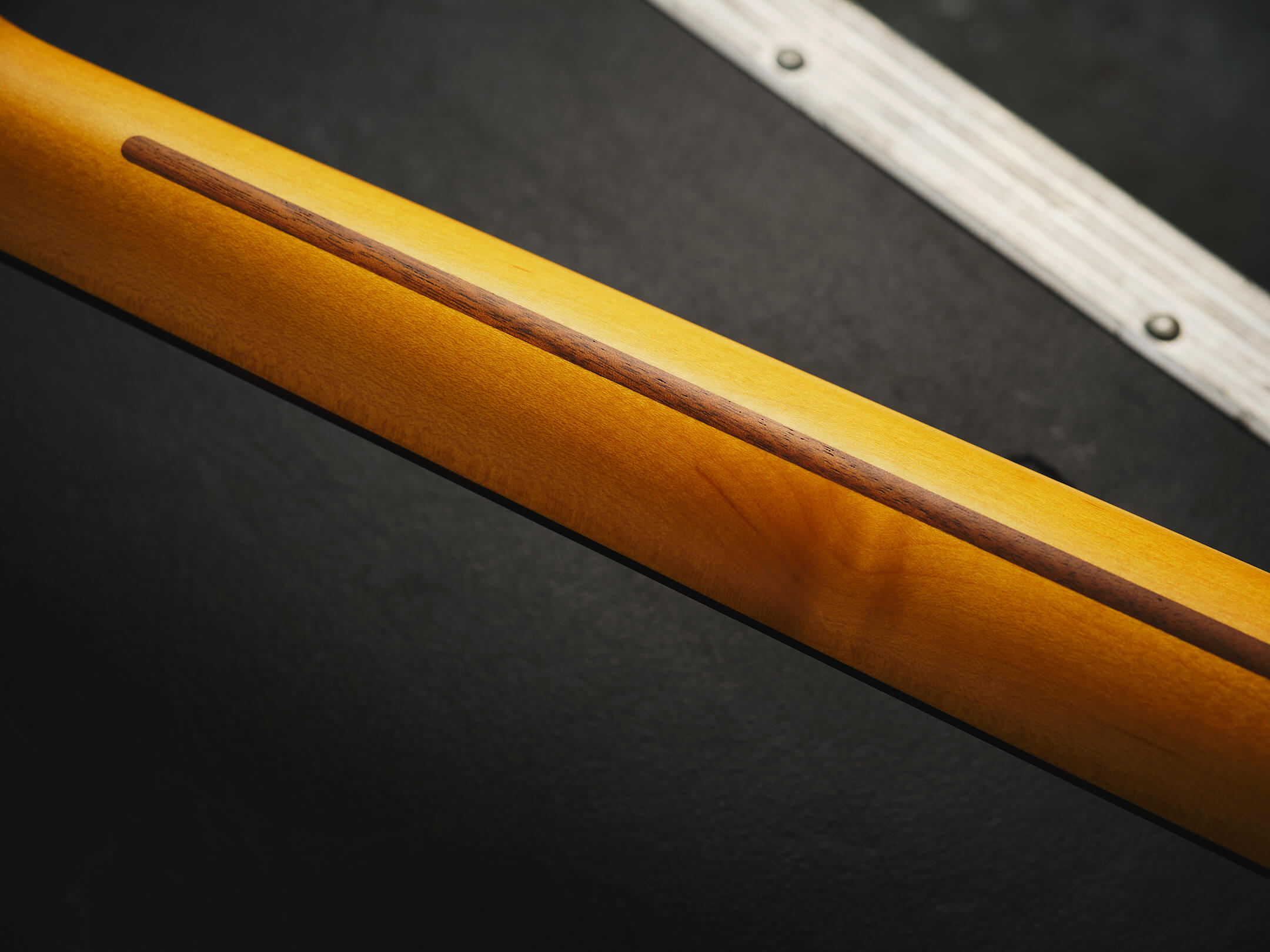 Using the push-pull knob in positions two and four, you get a nasal quack that might have you looking down to check if a wah or filter pedal has been left on. Having the pickups out of phase certainly provides some novel tones in position four, but to our ears position two is too anaemic-sounding to be of any real use.

This is a guitar that’s full of surprises – and despite its 60s-inspired looks and pickup voicing, it feels as fresh and exciting as any modern-designed T-type. If you’re looking for a traditional Tele then this probably won’t be the one for you; but for those who like to blaze a tonal trail, the JV Modified ’60s Custom Telecaster might be a bit of a revelation.