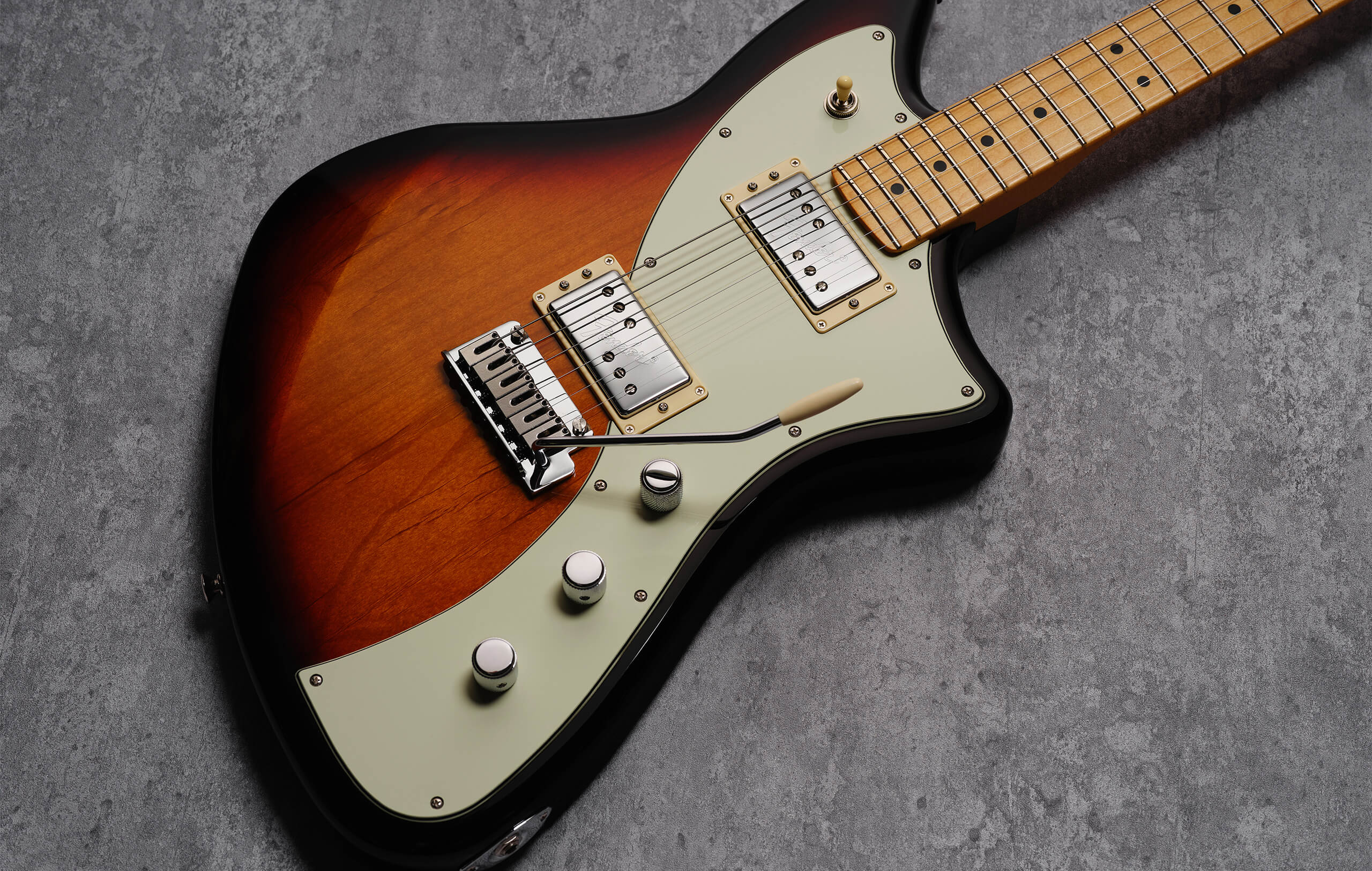 The Big Review: Fender Player Plus Meteora HH – A versatile guitar for the modern musician

Will Fender’s affordable if unfamiliar new six-string get pulses racing?

First conceived by Fender designer Josh Hurst way back in 2011, the original Meteora launched as a striking limited edition in Fender’s 2018 Parallel Universe series seven years later. But that version was far less radical than this updated Player Plus HH model.

Despite Hurst’s vision for an instrument that was familiar to the Fender catalogue but also futuristic and angular, the Parallel Universe Meteora was widely viewed as an overzealous reimagining of a Telecaster brain in a Jazzmaster body. So this time around, the idea was to go further than merely fusing two historic models in one modernist design. 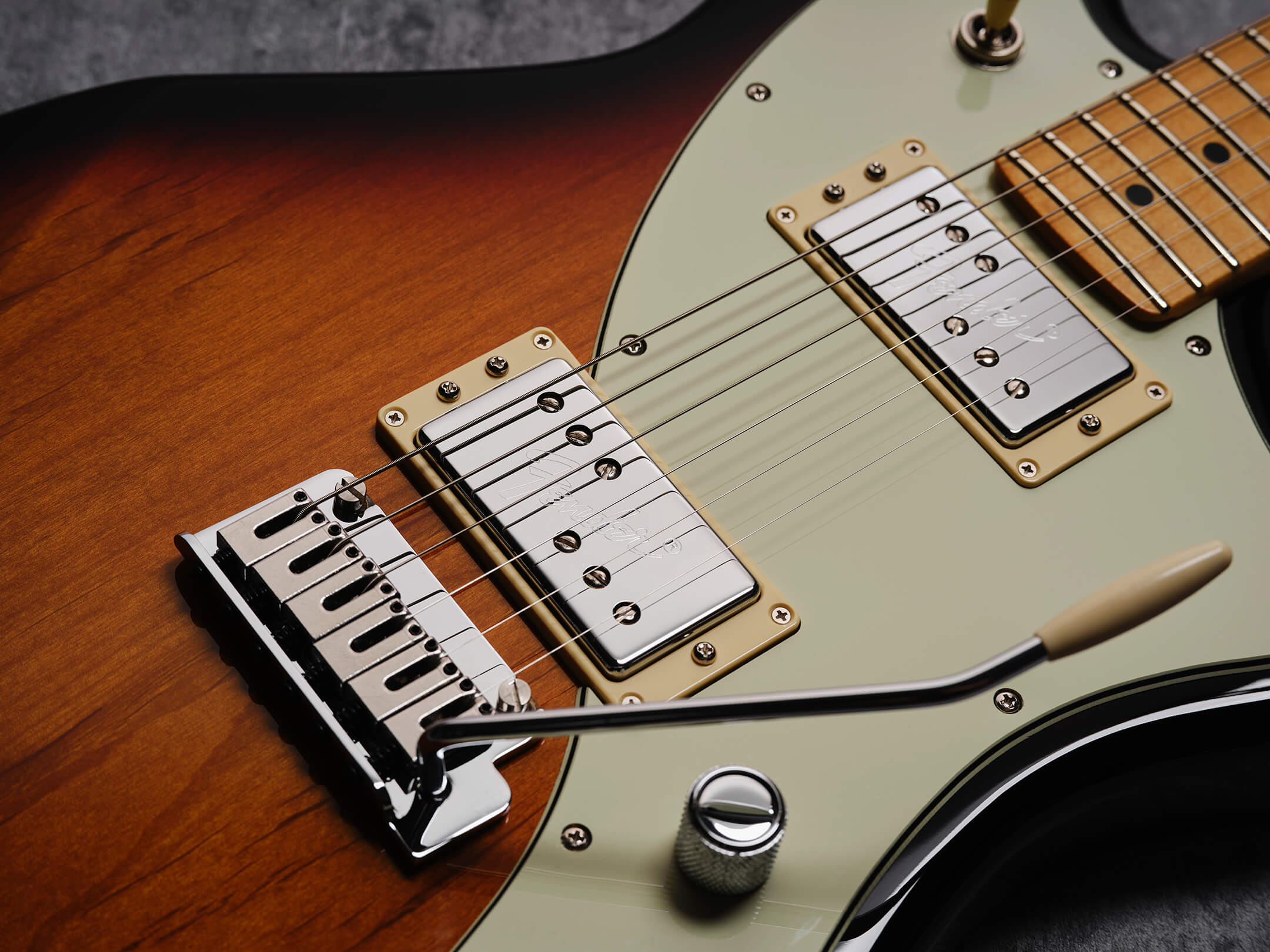 The 2018 Meteora featured Custom Shop Tele pickups, 1970s-style block inlays and even a black pickguard that echoed the design principles of 1952. Its only real intrigue lay in the brand-new offset body shape: a striking silhouette that expanded on the Jazzmaster form, pushed and pulled to its limits.

Now that it’s been incorporated into the permanent Fender family as part of the Player Plus series, the Meteora HH embraces the demands of the 21st-century guitarist. Scrapping the vintage-inspired specs, this version gets twin humbuckers and a whammy bar – and falls in line with other guitars in the Player Plus range with locking tuners, rolled fretboard edges and even a 12-inch fretboard radius. 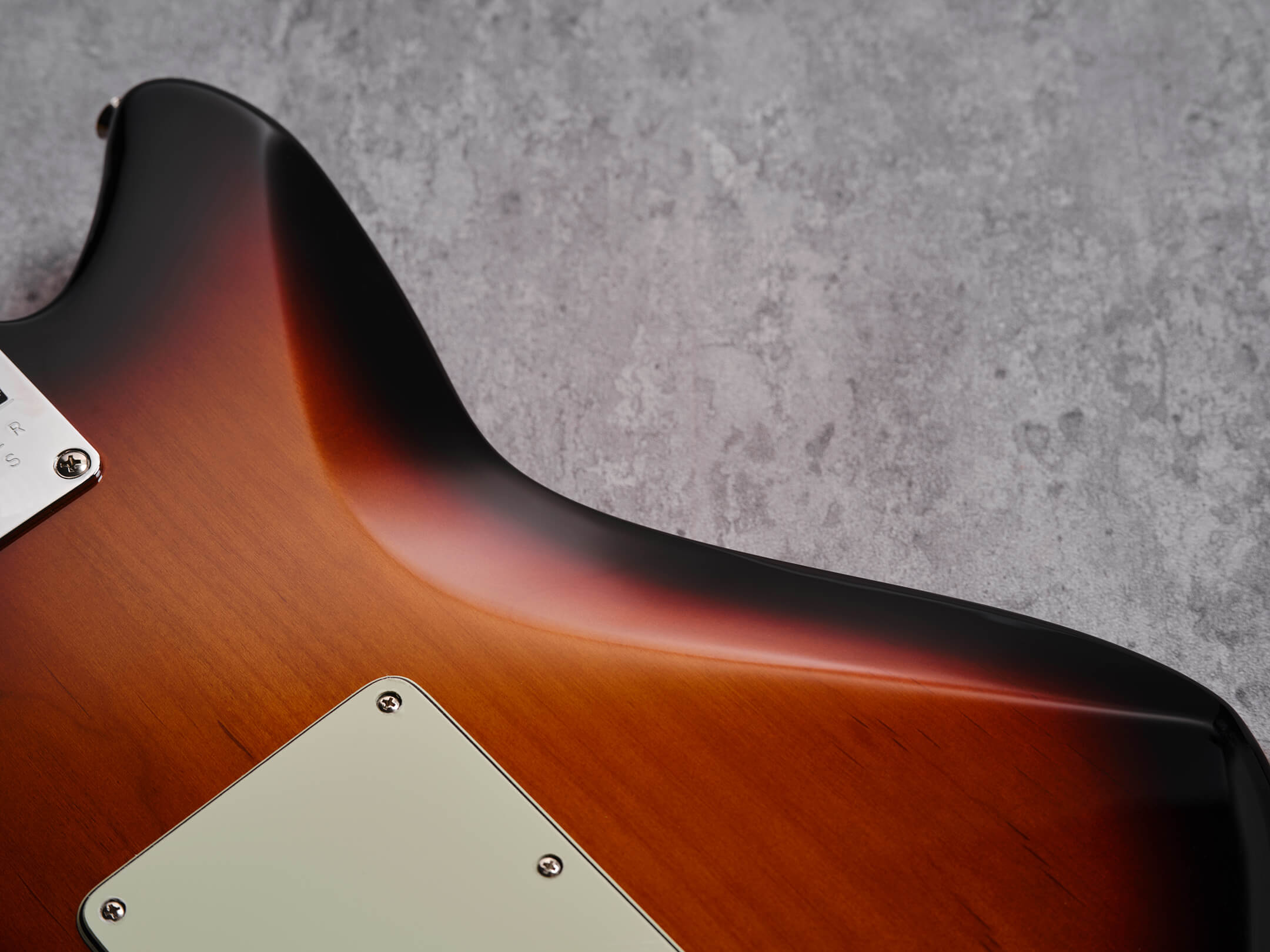 Traditionalists – or Luddites, depending on your philosophical bent – might baulk at the sight of such a flat ’board on a Fender. But, coupled with the modern-C neck shape and medium jumbo frets, it’s perfectly suited to a guitar marketed at younger players, where diversity and genre-fluidity are the name of the game.

Elsewhere you’ll find a two-point vibrato with steel saddles, a three-way toggle switch, two tone pots and a master volume control, the latter housing an S-1 push-switch that coil-splits both the neck and bridge humbuckers.

Those ’buckers are the newly designed Fireball type, which Fender says are wound to emphasise individual string clarity while offering enough gain to lift lead playing. Don’t be fooled by their chrome covers and 3+3 polepieces, though – despite their appearance, these are not reissues of the Wide Range humbuckers found on Thinline models of yesteryear. 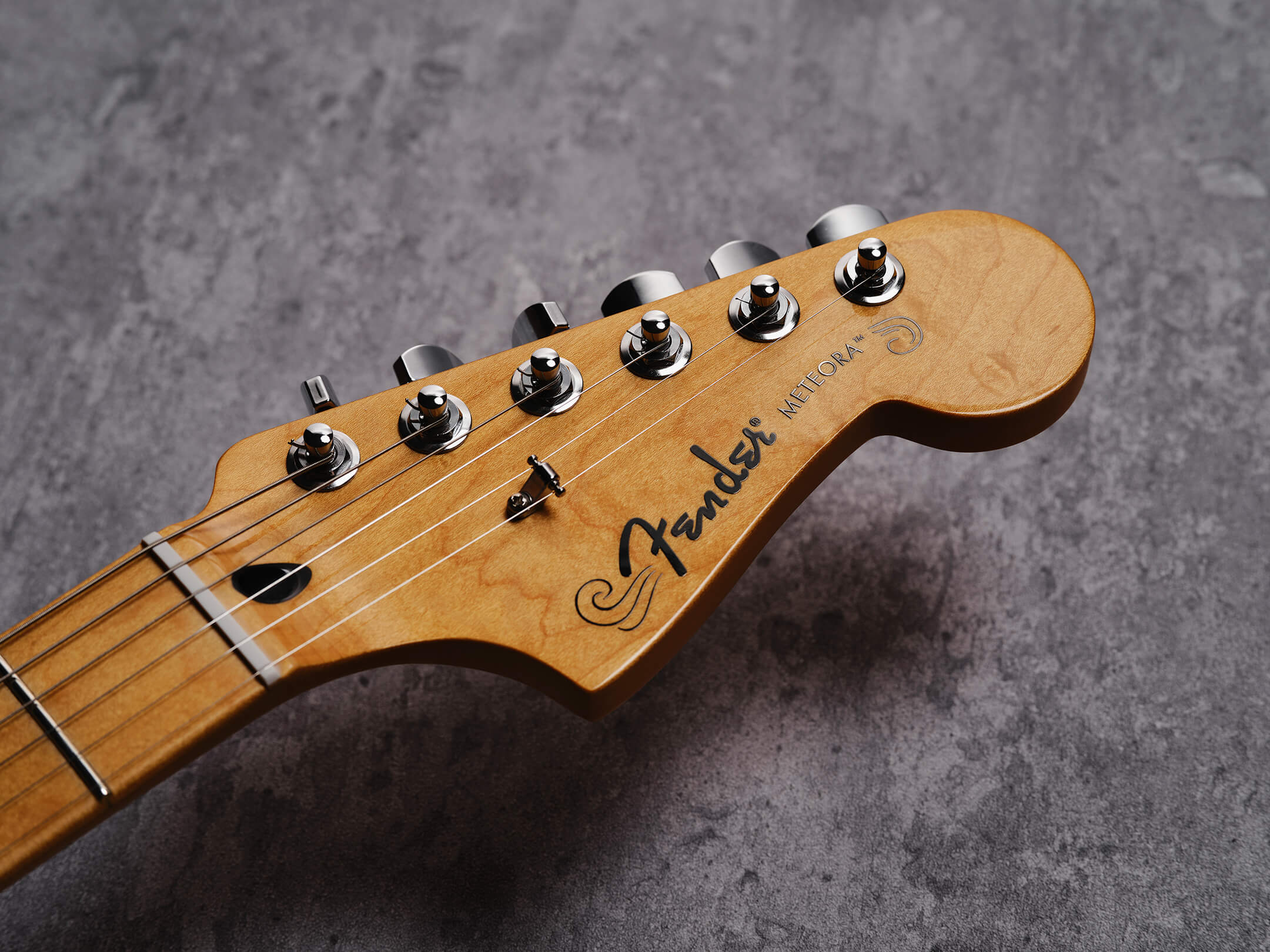 As with the 2021 Player Plus range, the Meteora HH comes in various colourways, both polarising and comforting. Cosmic Jade and Belair Blue will surely be embraced by those riding the current wave of 80s and 90s nostalgia, and there’s also a neat three-colour sunburst for those who aren’t quite so bold. The inclusion of a Silverburst version, initially a special-edition option on Fender’s Special Run Am Pro models in 2017, is a nice touch.

Finally, the satin urethane finish on the tinted maple neck has a remarkably premium feel. While it doesn’t compare to some boutique offerings we’ve played, and there are some noticeable finish blemishes around the 7th and 12th frets, remember that this is a Mexican-made guitar that comes in at under £1,000. Apply the right filter on your social media platform while you’re laying down some neo-soul and you could easily convince your legions of fans that this is indeed a posh torrefied maple neck. 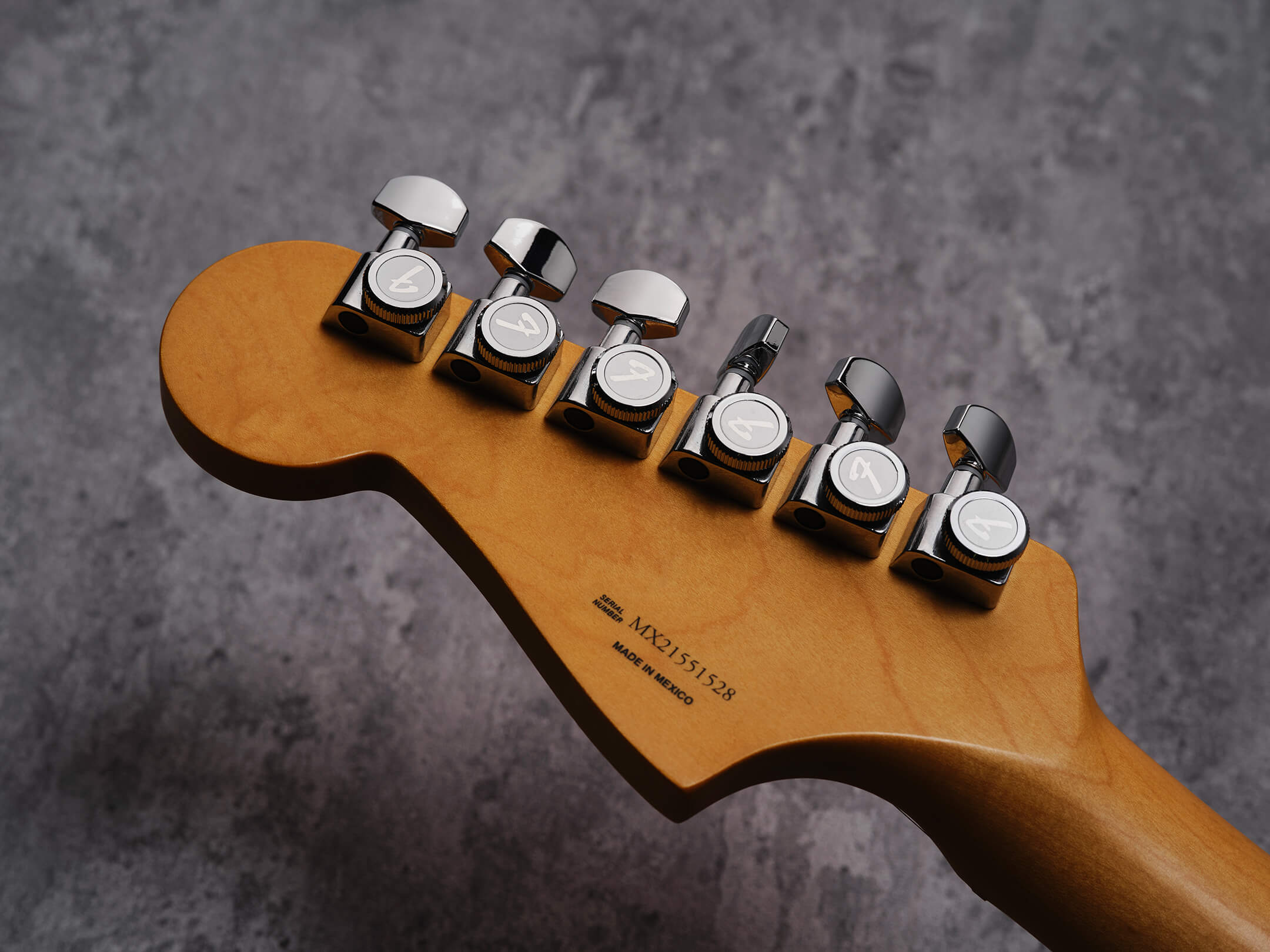 Despite this, there are some small appointments that leave us wanting more, notably the wobbly three-way pickup selector and the excessive amount of protective plastic on the pickguard and each individual tuner – also noted in our initial review of the Player Plus series – which seems backward in the face of the ongoing climate crisis.

The now-dated Deluxe gigbag is perfectly serviceable but a more ergonomic and better-padded version wouldn’t go amiss, particularly when you note the quality of soft cases that are shipped with models from rival brands. Fender currently offers an option to upgrade to a hard case with any Vintera model, and it would be great to see this rolled out across other ranges. 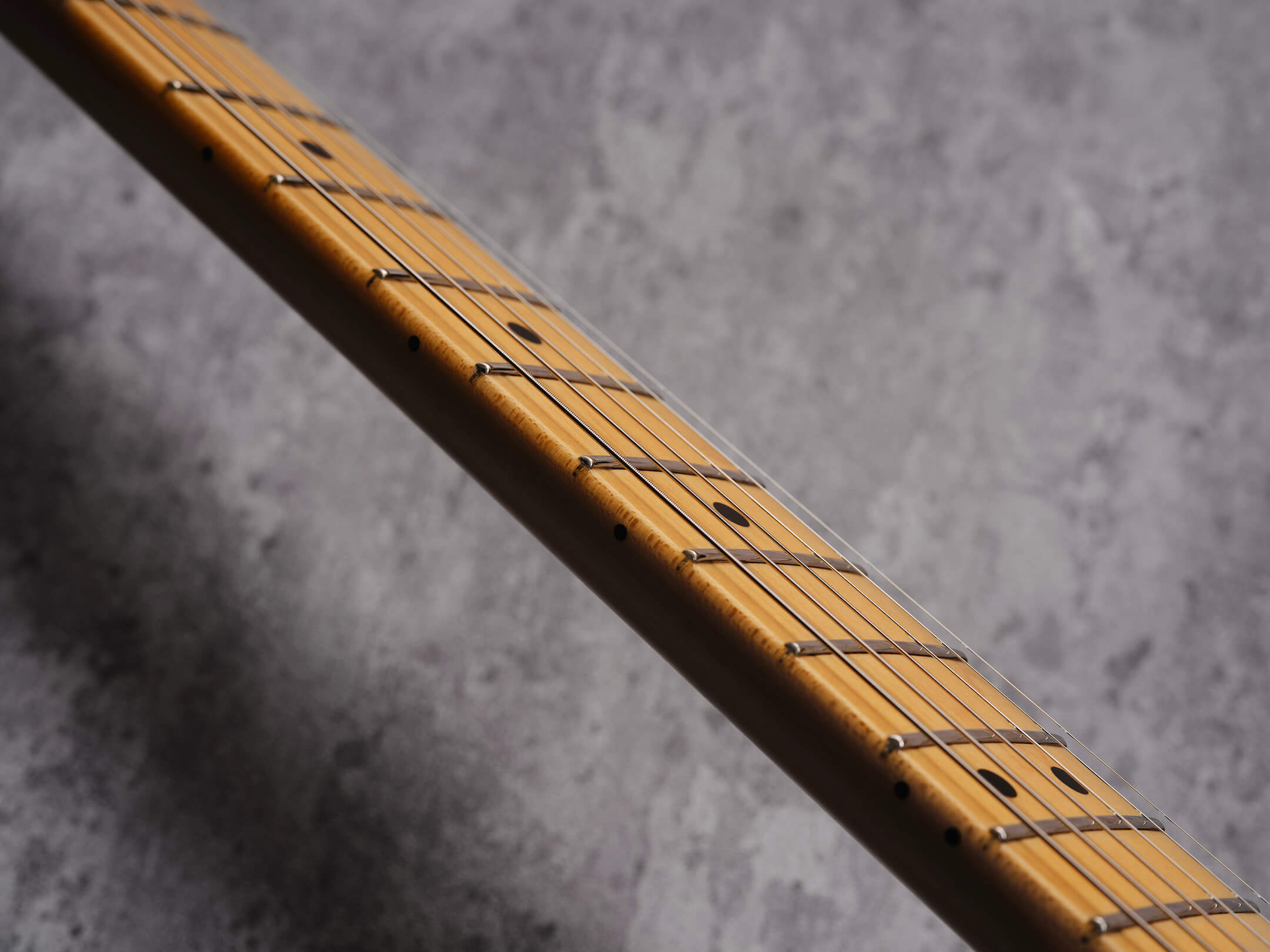 Despite its rather large lower bout, the Meteora HH is remarkably balanced in a seated position, and equally comfortable when hung on a strap. There is some perceptible weight here but not enough to see you struggle through a live performance – unless you’re planning on exceeding your local venue’s distinctly un-punk curfew.

Before plugging in, the natural resonance is encouraging and the maple neck is effortlessly comfortable in the hand. Played through a clean Fender Super 60 combo, the Fireball humbuckers offer a precise richness and clarity, and the neck pickup has a smooth, slightly compressed quality that lends itself to arpeggio patterns and lead playing. 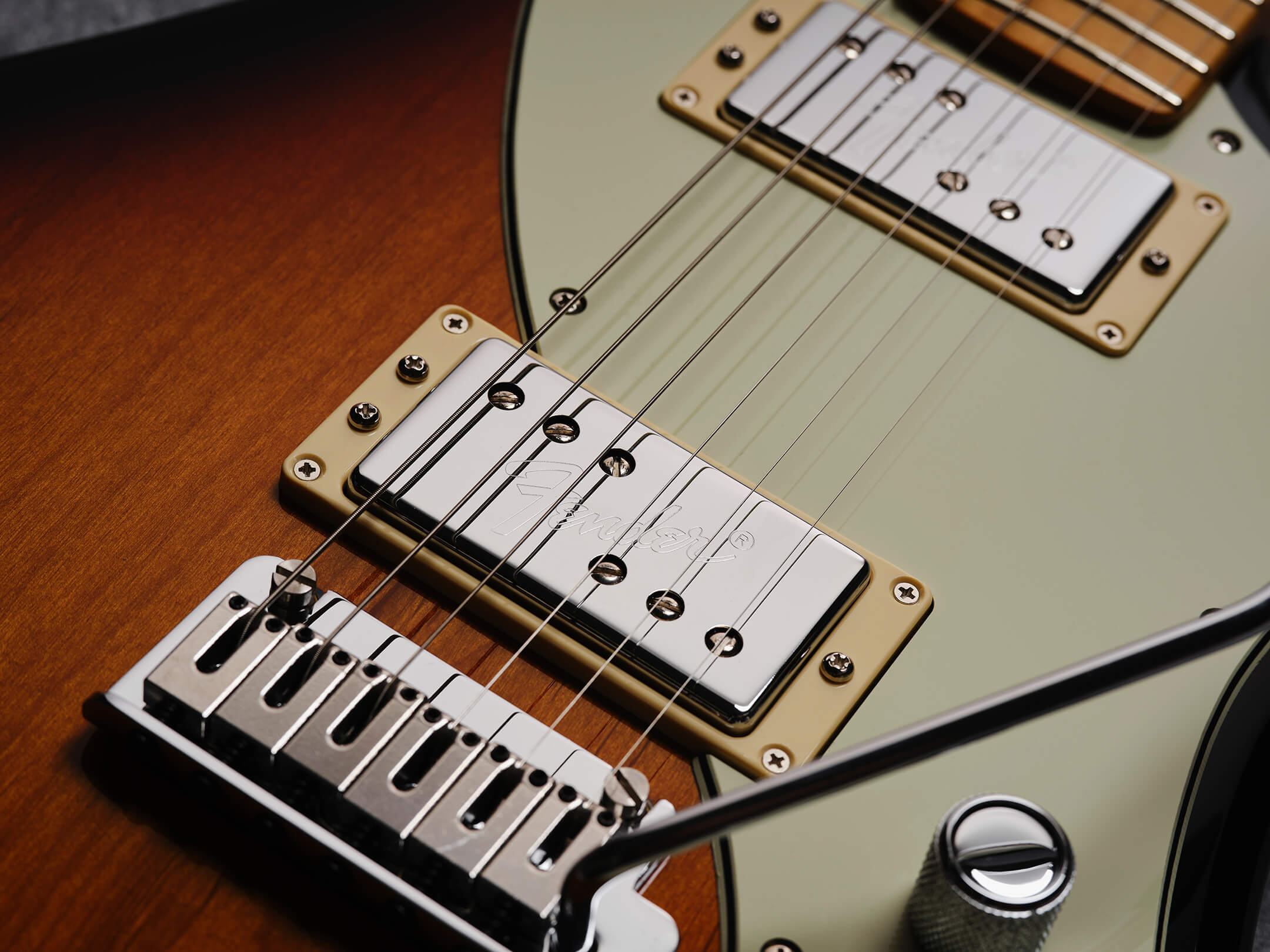 The bridge ’bucker has lots of growl on tap but there can be too much treble when bashing out simple chord passages – though that might be less of an issue with heavier strings (Fender ships this model with nines, which may be too light for some). Engaging the S-1 switch, we’re met by a wirier single-coil voice, with grit and attack aplenty.

Moving to the middle position evens out the tone, providing the perfect bed for rhythmic playing with a characterful honk. Then we return to the neck position with the coil-split still engaged, for a vintage-inspired tonality that encourages us to finally add in some overdrive – and that’s where this guitar shines. 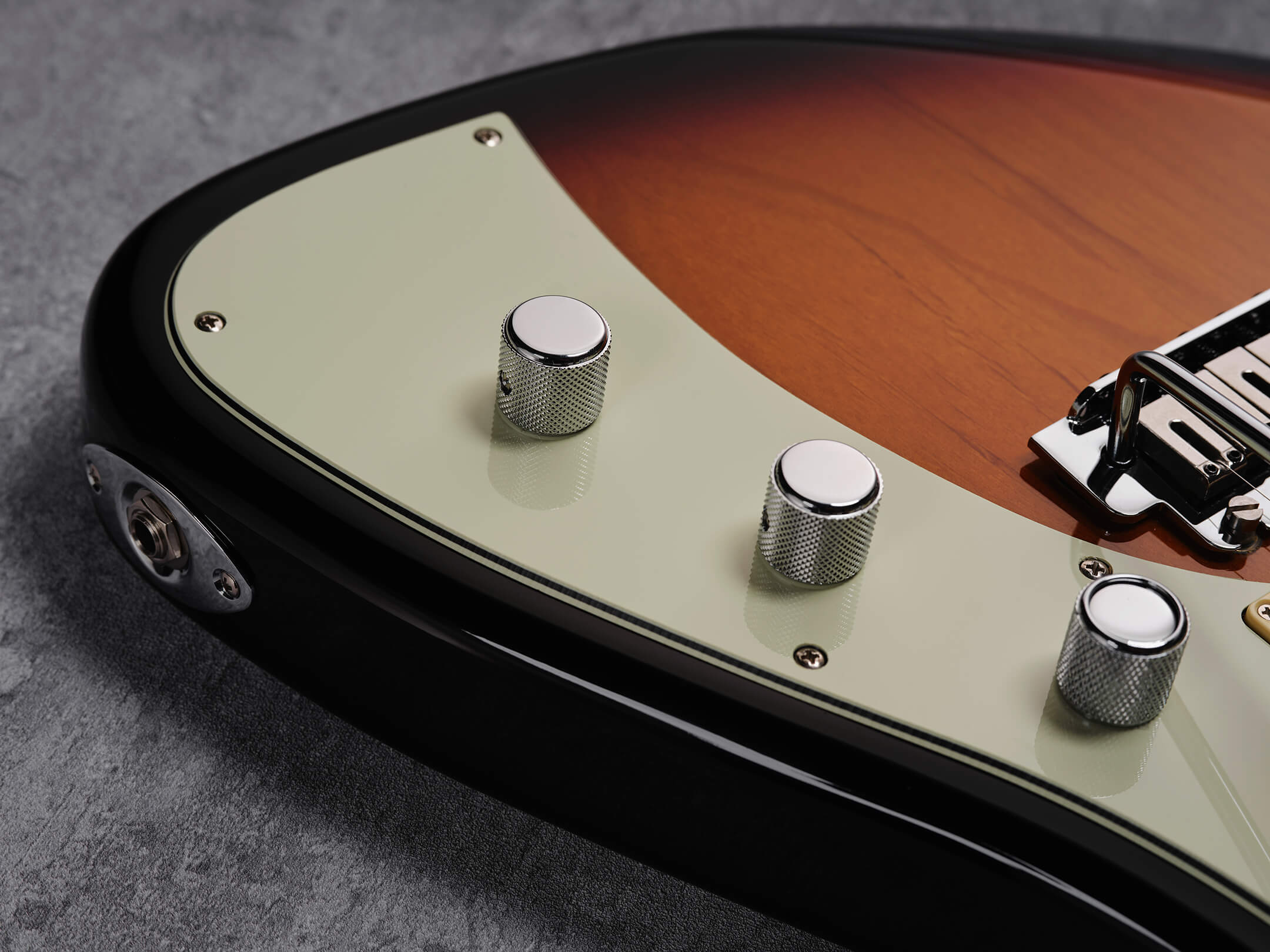 Smashing Pumpkins tones are just a minor seventh away and, given the contemporary nature of this instrument, you can easily lean into your inner alt-rock hero or veer left and unleash your deep-rooted love for Dick Dale. If you find yourself weighing heavily on the vibrato arm – once you’ve ensured your headband is secure, of course – fear not, there are no major issues with tuning thanks to the neatly cut nut and those locking tuners.

Whether you’re looking for a gateway into the offset world, a guitar that stands out on stage or a flexible studio instrument, the Player Plus Meteora HH – thanks to its striking good looks and the extra-broad palette of its wiring system – is a seriously versatile option. 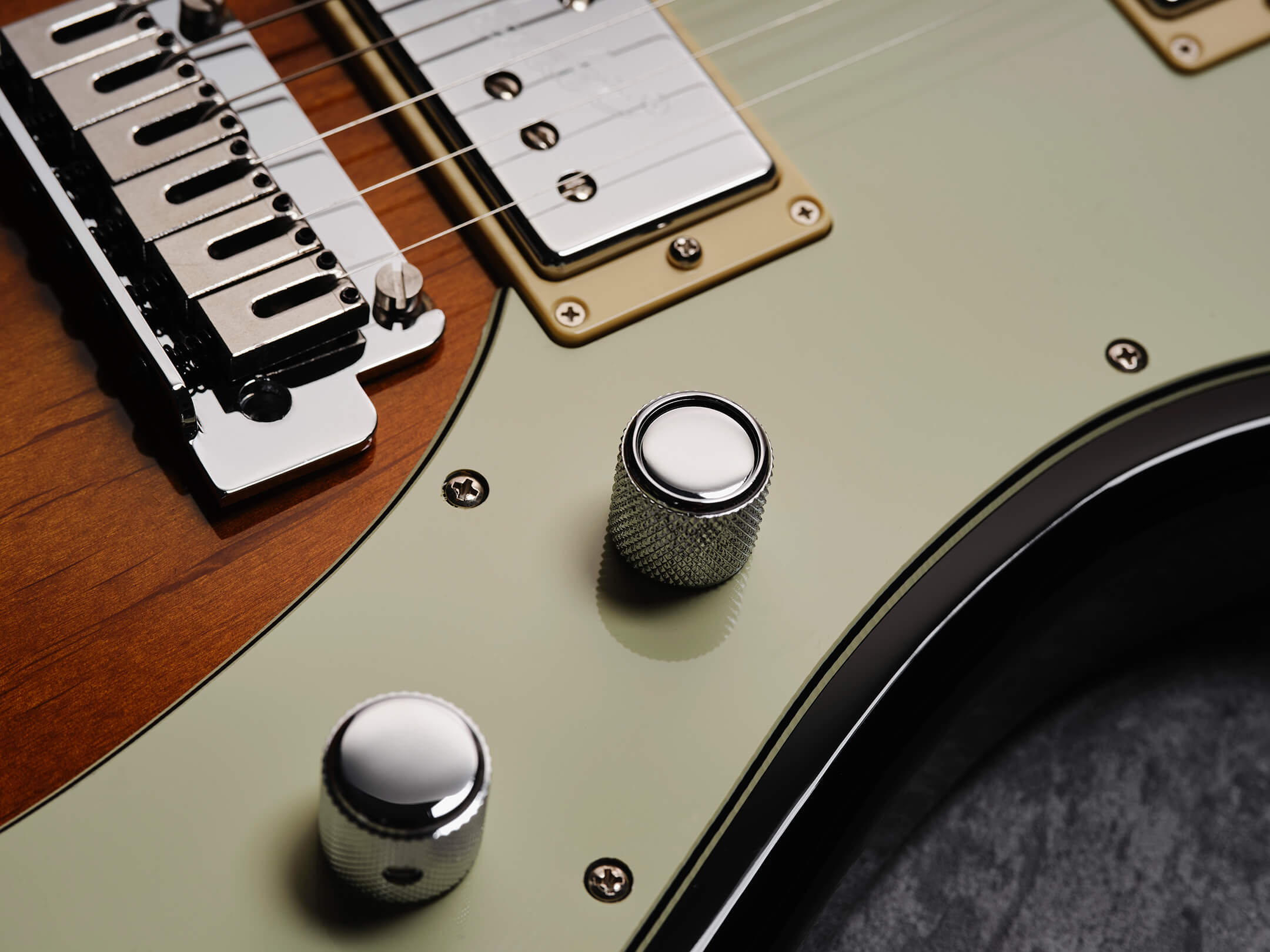