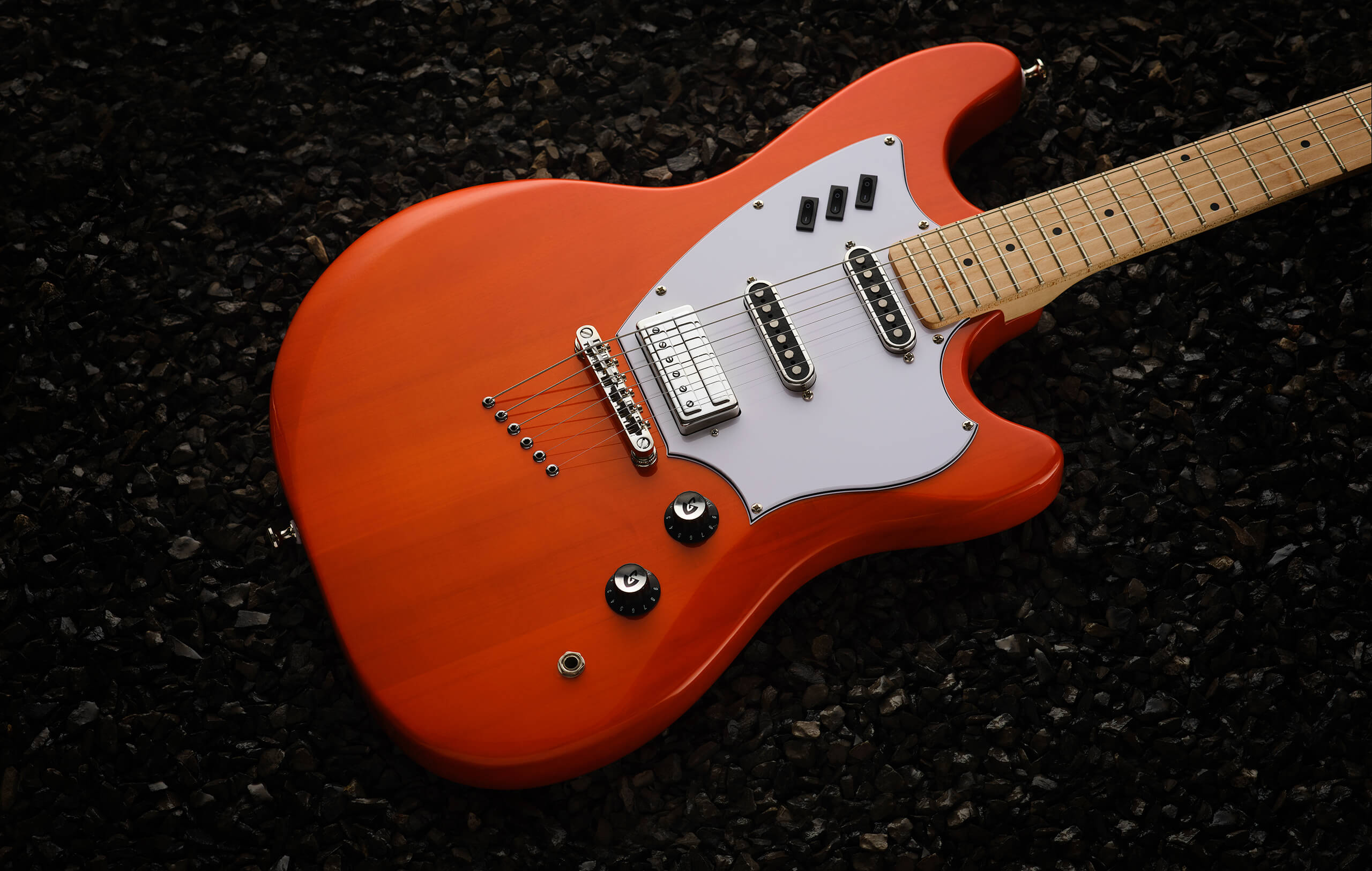 Guild enters the offset age with a new design that celebrates its electrics of yesteryear with left-field switching options and leisurely playability.

For the first time in nearly four decades, Guild Guitars has developed a brand-new electric model. The Surfliner represents a leap into the 21st century for Guild, thanks to its offset-waist design and modern interpretations of retro-futuristic switching, drawing on the esteemed heritage of the American brand’s solid and semi-hollow guitars of the past.

That heritage comes in many forms, though you’d be forgiven if the name makes you think mostly of acoustic and semi-hollow instruments. Guild was also building esoteric solidbodies such as the S-200 T-Bird – used by Muddy Waters and more recently Dan Auerbach of The Black Keys – as far back as the mid-60s. That design, along with the SG-like S-100 Polara, seems to have influenced the thinking behind the Surfliner. 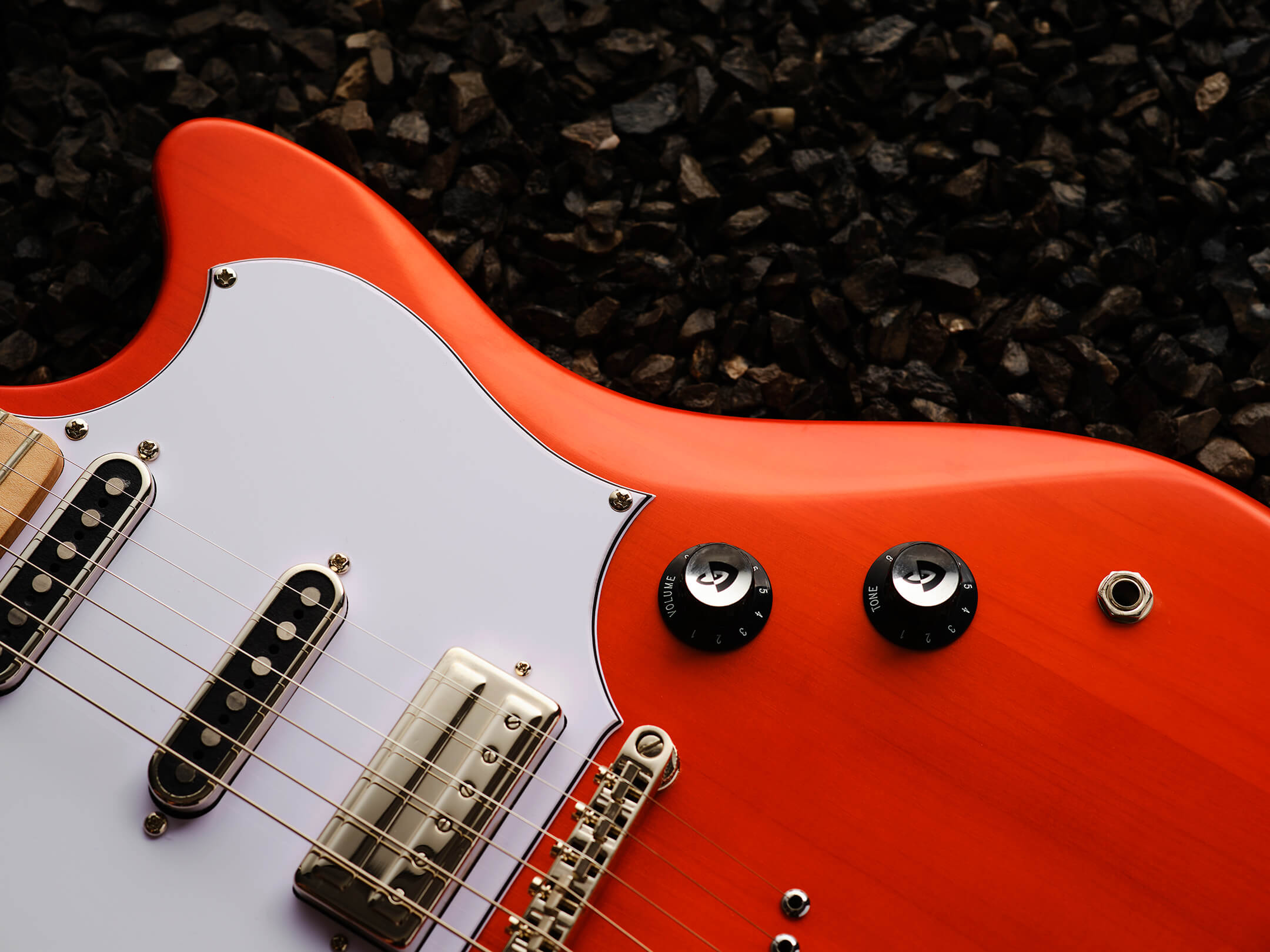 This Indonesian-made guitar features an asymmetrical poplar body with what Guild calls ‘offset appeal’, and a trio of pickups: two newly designed DeArmond Aerosonics in the neck and middle positions, plus an LB-1 humbucker – with a footprint that puts it close to mini-humbucker status – at the bridge. Guild says this is a recreation of vintage Guild ’buckers from the 60s; all three pickups feature Alnico V magnets and nickel covers.

Elsewhere we find a tune-o-matic bridge and, rather than the usual stop tailpiece, staggered ferrules for a string-through-body setup that echoes the Polara and the more angular Guild S-300. 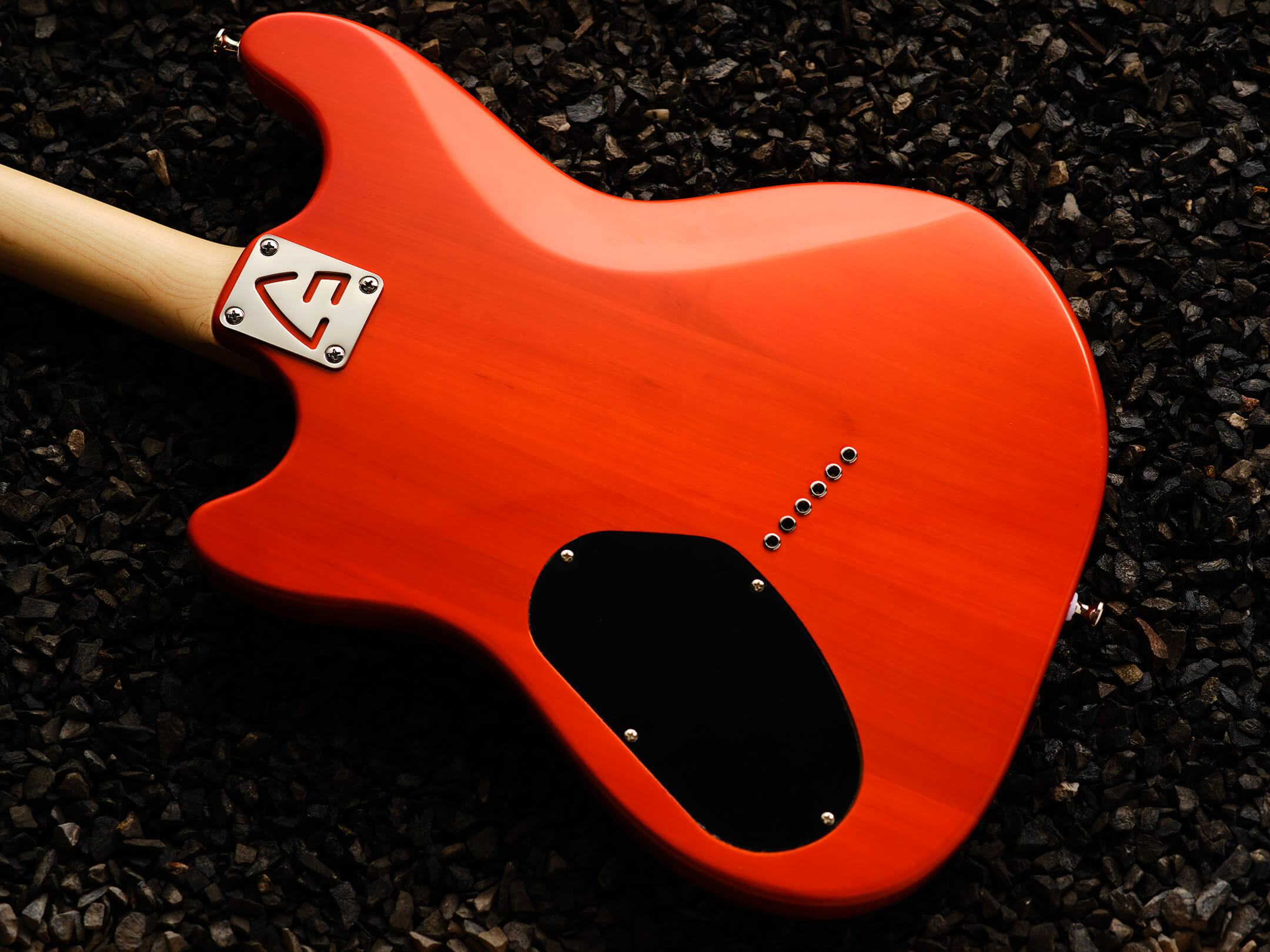 There’s a satin-finished C-shaped all-maple neck, which isn’t the slimmest but does feel perfectly comfortable in the hand. Our review model has some noticeable blemishes on the third and fourth frets, but in no way do they hamper performance or affect our ability to finger chords. The look is completed by an oversized headstock design lifted from the company’s Jetstar model that includes six-in-line vintage-style tuners and an understated cursive logo that dates back to the 1980s.

Rounding out the specs we have the Rocker Pickup Switching System, comprising three satisfyingly tactile plastic switches. Their inclusion here acts as a neat gateway to the sometimes alienating world of offset switching: they may be up above the neck pickup but there’s no ‘rhythm’ circuit, and the master tone and volume controls by the output socket are familiar enough. Those switches are simply on/off for each individual pickup, which lets you access seven configurations in total: three singles, three pairings and all of them at once. 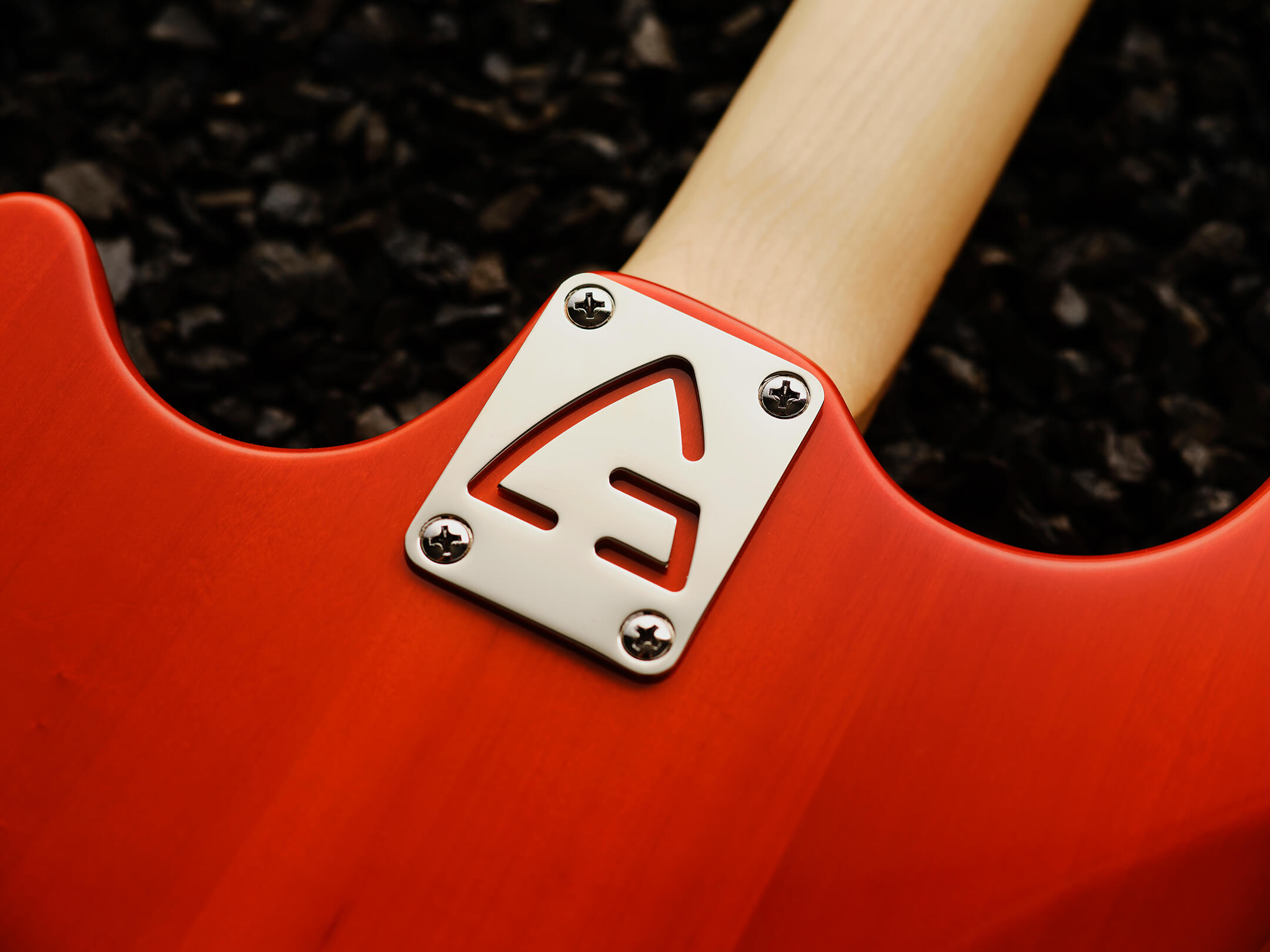 While all these appointments are both player-friendly and inspiring, we do think the use of the word ‘surf’ in the guitar’s name is a little misleading. You might note the offset waist and think it entirely appropriate, but the 25.5” scale length and hardtail bridge push this instrument a little outside your standard surf-twanger’s comfort zone. Mind you, The Wrecking Crew’s Tommy Tedesco spent the majority of his sessions with the Beach Boys et al on a standard Telecaster, and you don’t get more hardtail than that… 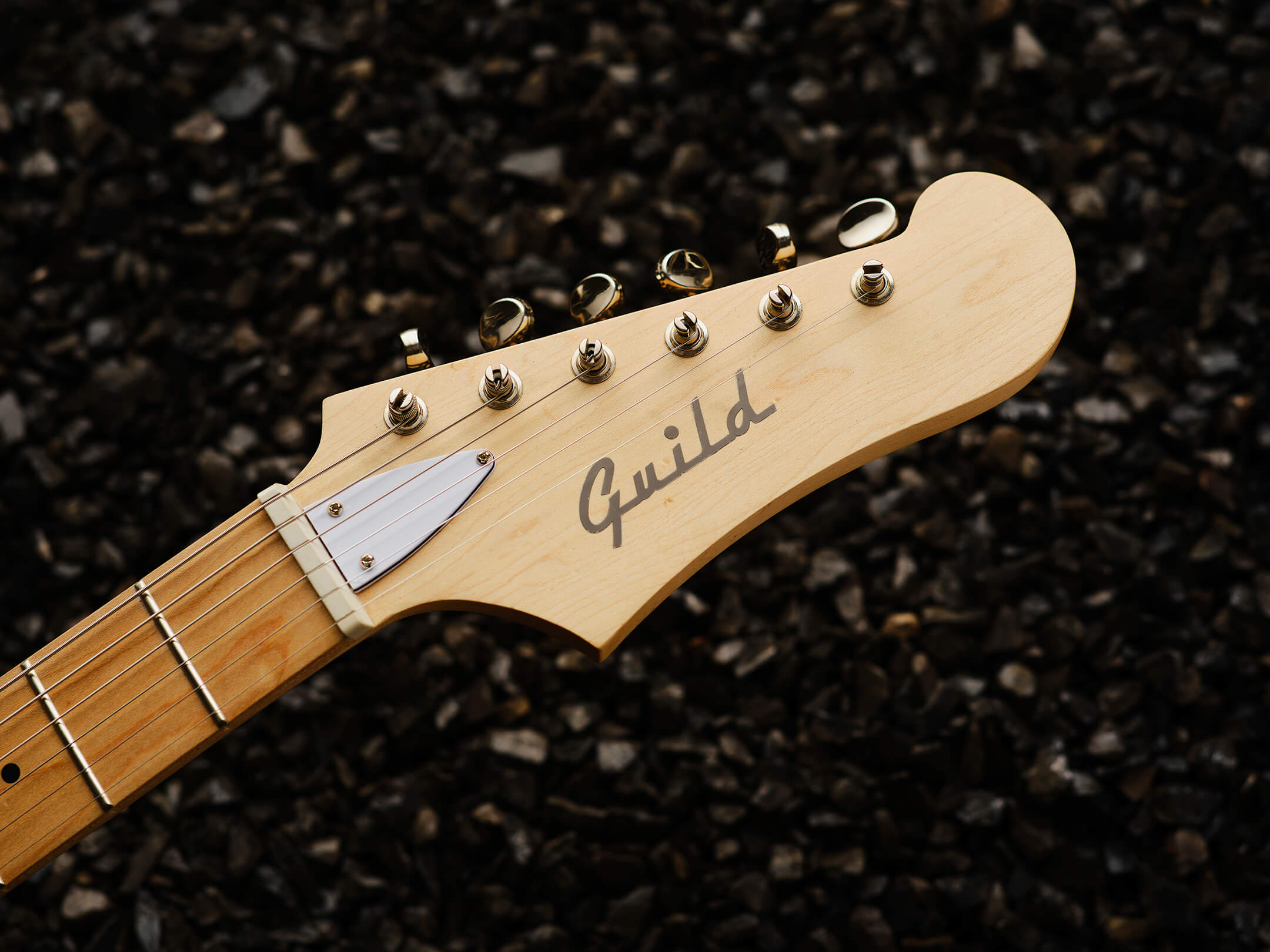 Though it’s comfortable to play in a seated position thanks to its contoured body, the Surfliner does show some slight neck dive, which could be down to the hefty size of its headstock. But it’s reasonably light, giving no concerns as to whether your back would cave in after a long rehearsal or performance.

Plugging into a 1968 Selmer Treble & Bass 50 via a Fender FR-1000 reverb tank – as is our wont with any surfy-looking guitar – and engaging the neck single-coil, we’re met with a crisp and sweet tone that has some discernible thump in the low end. It’s perfect for rhythmic passages and even jazz progressions, and responds nicely to some additional growl from the amp. Pair it with the middle pickup and you’re in very Californian territory, enjoying all the spank you’d expect from an S-type but without the added top-end zing. 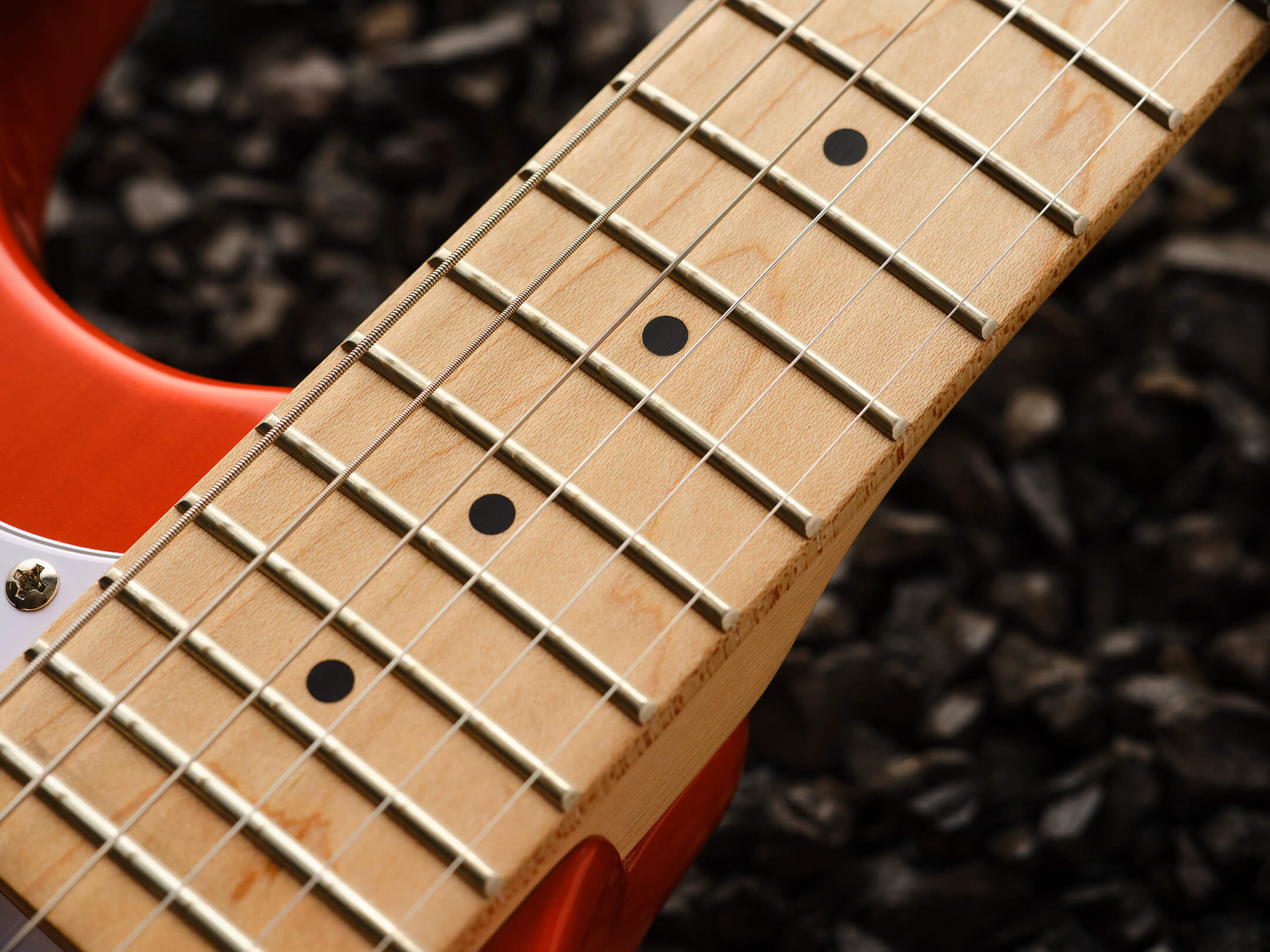 But the LB-1 humbucker is the standout candidate of the trio: in isolation it has an airy nature that makes us think of hollowbody guitars, and this provides the perfect tonic when paired with either or both Aerosonics. On previous Guilds we’ve found the LB-1 to be a little anaemic, but not here. The three pickups are nicely balanced, and with the number of combinations on board it’s difficult to think how you could need more from a guitar, particularly when recording – although an additional tone pot would have been beneficial.

This is a well-considered instrument straight out of the box, but while its sheer versatility is indeed impressive – three pickups in seven configurations is not to be sniffed at – we can’t help feeling that the addition of a vibrato system would enhance its usability even further… though of course, that would also surely drive up the remarkably low price.

Still, it’s always encouraging to see apparently dyed-in-the-wool makers pushing themselves on and developing compelling guitars that feel contemporary while honouring their past.