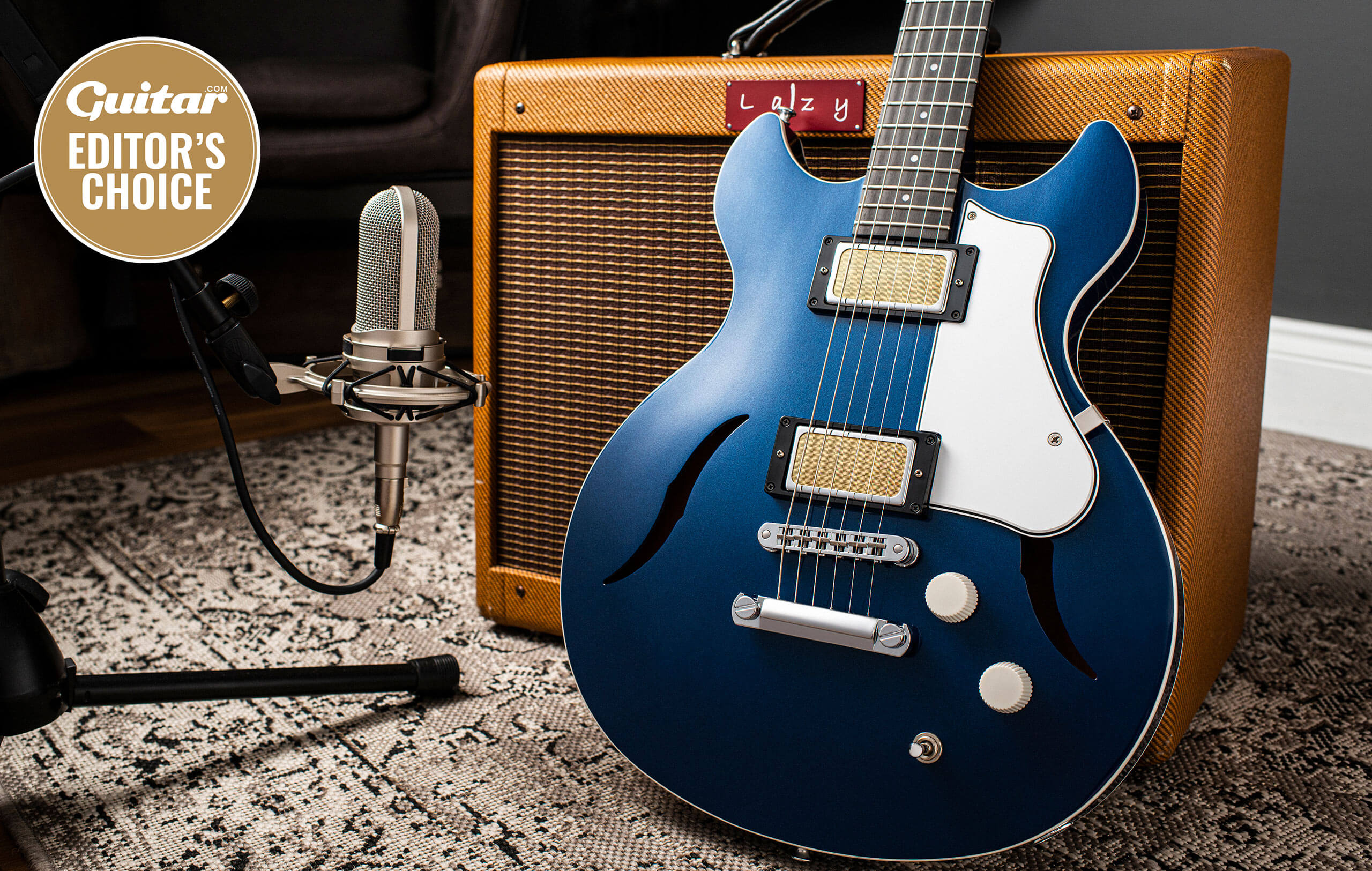 The new generation of Harmony solidbodies is dripping with modern retro charm, but can this compact semi take on the biggest stars?

A little over three years ago, the rebirth of Harmony – one of the great ‘minor league’ guitar brands of the 1950s and 60s and once the USA’s largest musical instrument manufacturer – was announced. The idea for these new guitars, built in Kalamazoo, Michigan, was to combine the pawnshop charm of the originals with the solid playability of modern American build quality.

So far the Standard Series has lived up to that promise but now it’s time to crank things up a notch with the first semi-hollow guitar of the new Harmony era. This is the Comet, based on the H72 model of the late 1960s.

It’s a small guitar, something like a Gibson ES-339 in body dimensions, and it really is quite the cutey. What it doesn’t have is an awful lot in common with the instrument that inspired it – which, considering the cheap and cheerful reputation this catalogue brand used to have, might be just as well.

The basic double-cut outline is true to the template, as is the six-in-line headstock; but the Comet has a solid centre block, unlike the fully hollow H72, along with a set neck instead of the original’s bolt-on construction. The hardware has also been upgraded: the tuners are locking types, as we’ve seen on the new Harmony solidbodies, and at the other end we find a tune-o-matic bridge and stop tailpiece. Tragically there’s no Bigsby option – yet.

All of this is taking us very much in the direction of the ES-339 recipe, but there are key differences. Perhaps the most interesting is Harmony’s choice of timber, because there’s no maple at all in this guitar: the top, back, centre block and neck are all mahogany, with an ebony fingerboard. It’s also worth noting that the top is carved, not pressed like the usual maple laminates.

Then we come to the electrics. Harmony describes these pickups as ‘custom gold foil humbuckers’… and there’s not much more we can tell you than that because it’s all top secret – they wouldn’t even tell us what the magnets are made of. What we do know is that they’re designed to recreate the clarity and touch dynamics of the original DeArmond single-coil gold foils, but using modern techniques and parts – and twin coils.

The ‘cupcake’ volume and tone controls of the other Standard Series models are present, thank goodness, alongside a strangely tall pickup switch; Peter Green fans take note, you can pull up the volume knob to knock the pickups out of phase in the middle position.

This being a semi rather than a solid, there’s a different feel to the choice of finishes available: no Champagne or Pearl White here, just classic Sunburst, Trans Red or the gently sparkling Midnight Blue of our review sample. We won’t judge you if you don’t think blue is the prettiest option, but we will really, because it is.

Before we tuck in, full disclosure: the Harmony brand is owned by BandLab Technologies, and so is Guitar.com. But if you think that’s going to influence this review, you’re wrong and we’re very disappointed in you.

This is the kind of guitar you pull out of the case and wonder for a moment what happened to the rest of it. At well under 3kg it’s not going to exacerbate anyone’s back problems, and the diddy dimensions mean smaller players should find it much less unwieldy than the average thinline semi. Given that so many of us are doing most of our playing in a seated position at the moment, the arrival of a semi-hollow instrument with such snug proportions couldn’t be better timed.

How’s Harmony’s quality control? Pretty good, although a microscopic inspection reveals some minor binding flaws at the neck join and, peering inside the upper f-hole, a small cascade of squeezed-out glue on the side of the centre block. Our review guitar’s factory setup isn’t technically perfect in the sense that there’s zero neck relief, but that doesn’t have any noticeable effect on playability. The un-rolled fretboard edges, however, give a somewhat austere feel to an otherwise welcomingly middle-of-the-road neck profile.

In terms of sound, there are no surprises in the first acoustic strum: it’s got something of the loud, banjo-like midrange common to most semi-hollow guitars but the all-mahogany build ensures there’s plenty of warmth in there too. 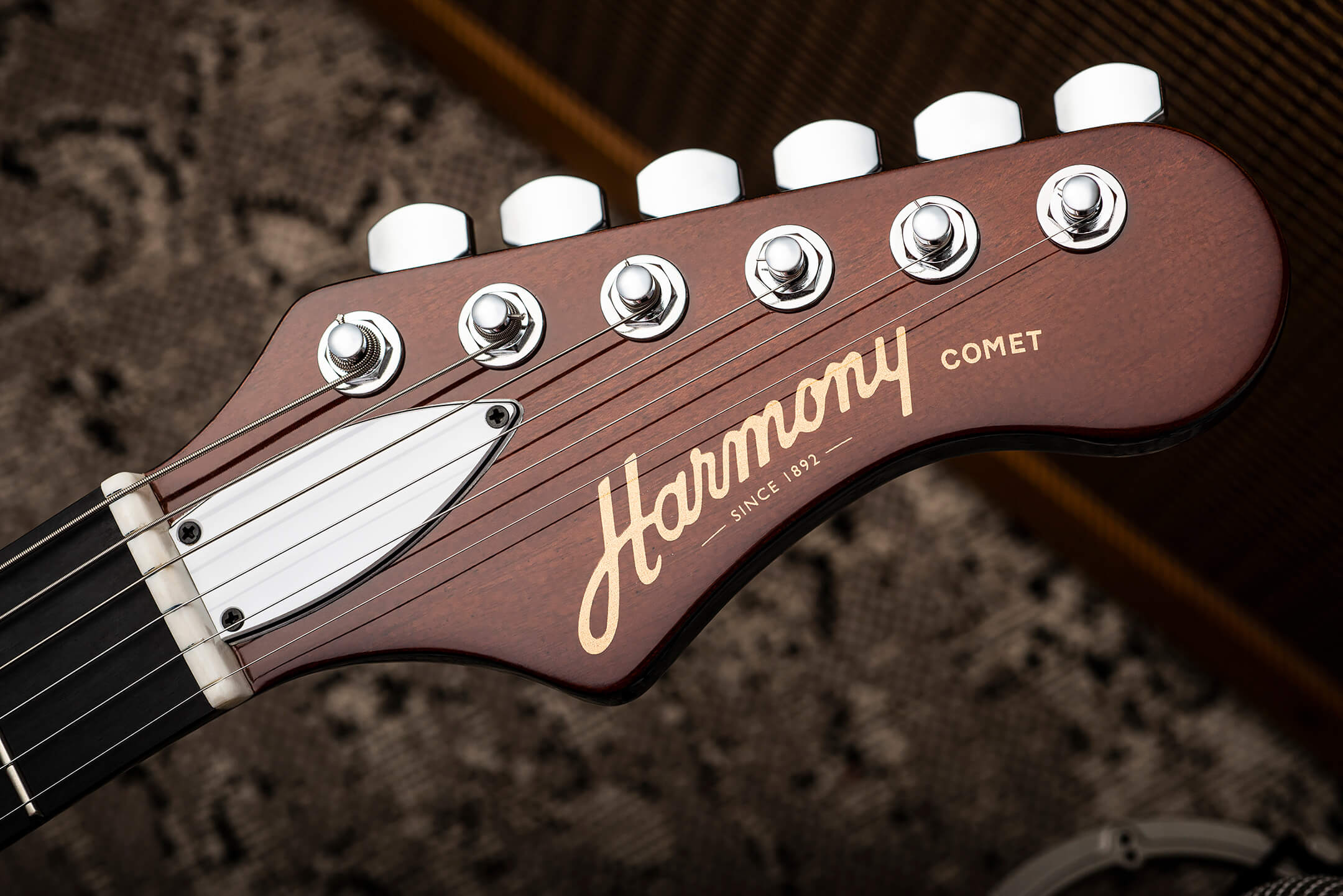 Plugging into a clean amp and flipping to the neck pickup, the word that leaps to mind is inevitably ‘jazz’. There’s a punchy purity to each note that rewards lyrical noodling – and isn’t compromised by softening the top end with a twist of the tone control. Nice.

A whiff of overdrive is all we need to ditch that smoky jazz club for the even smokier blues bar across the street, and this is arguably the Comet’s strongest suit. It’s mellow but not muffled, snapping back with real vigour when you dig in. The middle pickup setting adds the expected clucky complexity but the treble response remains gentle rather than jangly.

And then we put the pickups out of phase for some good old-fashioned quack. This is not a Les Paul but the essential character of that early Fleetwood Mac lead sound is right there and we’ve a feeling Greeny himself – whose first electric guitar was a Harmony Meteor, by the way – would have approved.

The bridge pickup doesn’t let us down, upping the spank factor considerably but retaining enough fullness so that switching in mid-solo lets you explore four very different variants of the same fundamentally sweet tone. This is a guitar that will make you play the blues even if you don’t want to – but you’ll thank it afterwards.

Heavy distortion isn’t really where the Comet’s at – as we may have mentioned, this is not a Les Paul, and there’s too much middly stuff swirling around for neatly clipped powerchords or articulate shredding. But for anything in the low-to-medium gain zone, it’s really rather seductive.

The key to this guitar seems to be the tension between a build that leans towards mellowness and pickups that pull in the opposite direction. The result is a characterful instrument that’s quite possibly our favourite new Harmony model yet. 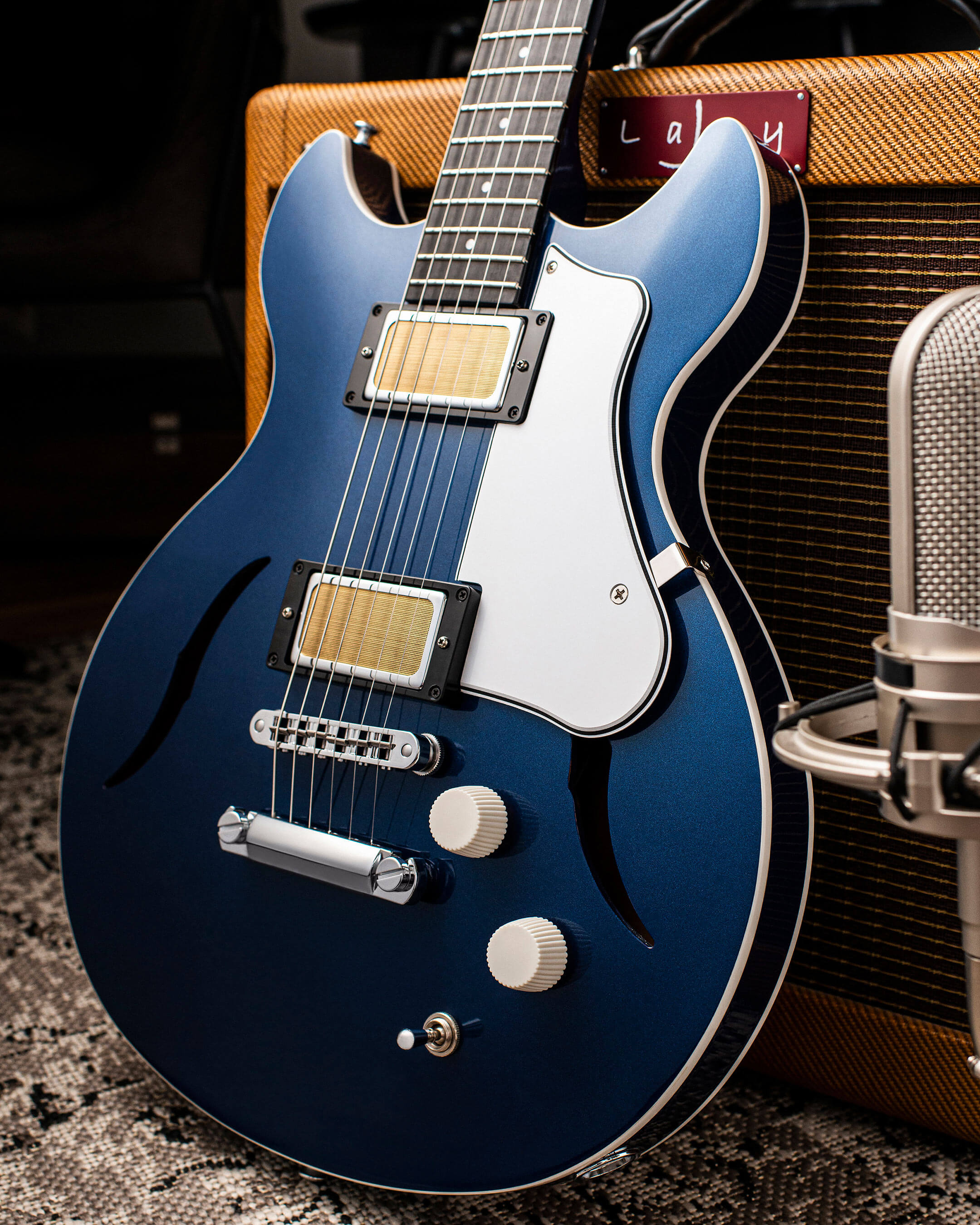