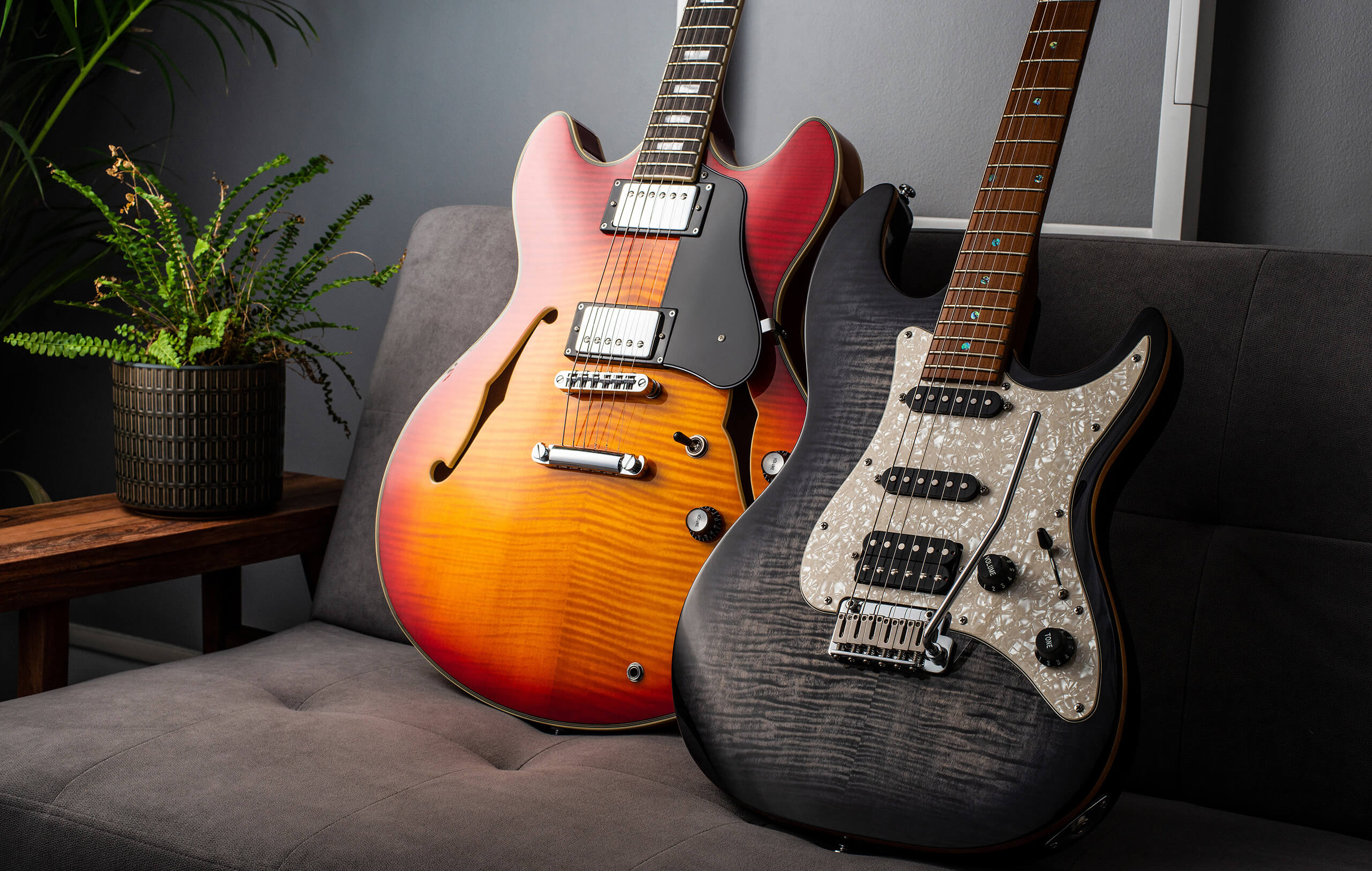 Mr 335 has put his name to a range of guitars that are nothing to do with Gibson, bringing the promise of high-class tones on a truly accessible budget.

There are two good reasons not to dismiss these guitars as just another pair of cheap Asia-made also-rans… and Larry Carlton’s name isn’t even the main one. Quite aside from carrying the signature of one of the most respected session guitarists in history, these instruments are from the same stable as the Marcus Miller basses, whose sound-per-pound quality has made them something of a phenomenon in the four-string world. Can Sire repeat the feat for six-string botherers?

Well, they could hardly have picked a better player to work with on this project. Carlton is arguably just as renowned for the purity of his tone as he is for the artfulness of his playing, which has featured on records by Joni Mitchell, Steely Dan, Michael Jackson and countless others since the early 70s. 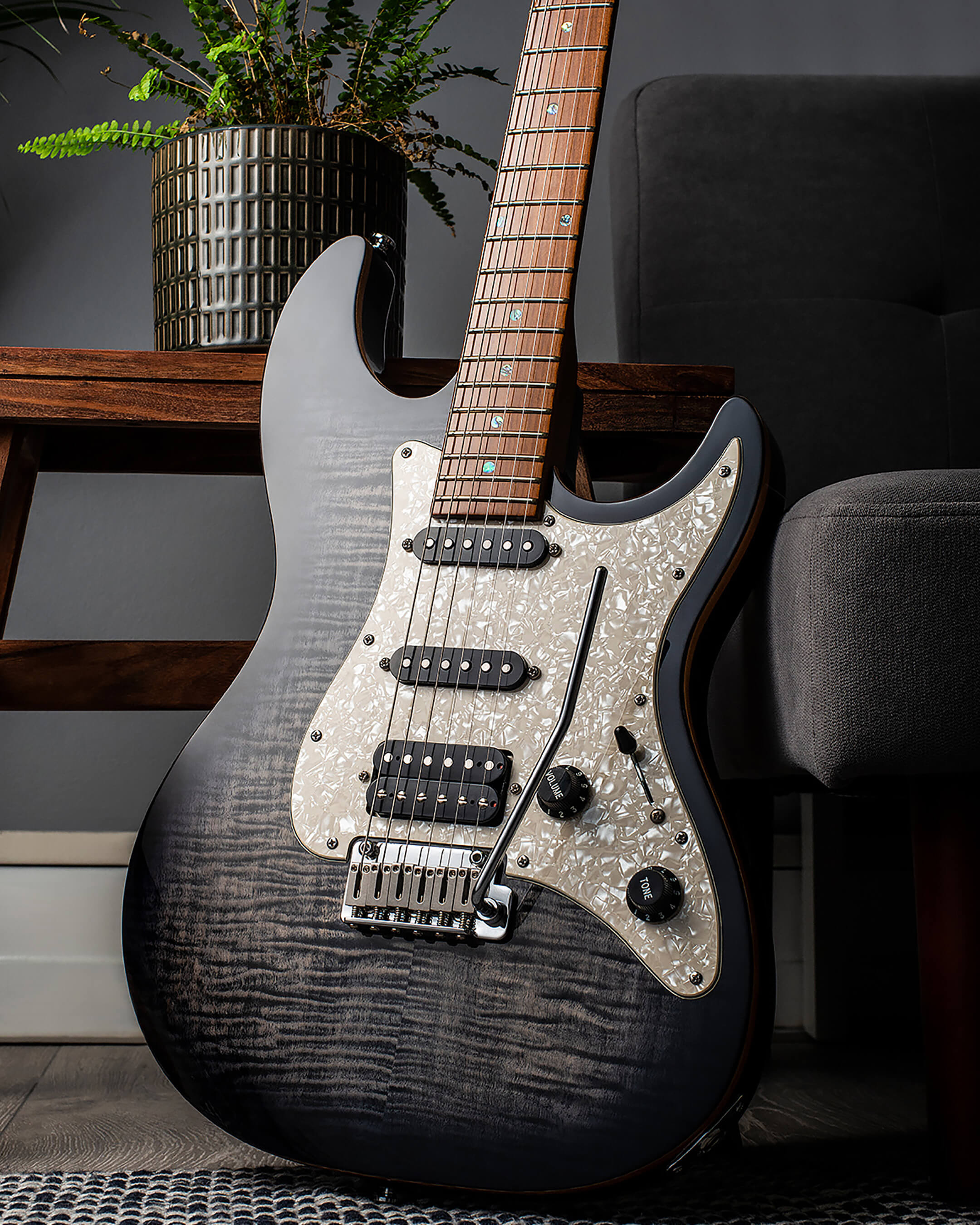 His picture is all over the Sire website – and even the boxes the guitars ship in – but as with the Miller basses, this appears to be more than just a quick-buck marketing deal. Both models we’re testing, alongside a range of T-types, LP-types and acoustics, have been designed to Carlton’s specifications based on his own favourite instruments.

In the case of the H7, what that basically means is something close to an exact replica of his perfect Gibson ES-335… or at least, as close as you can get in an Indonesian-made guitar that costs a little over £500. 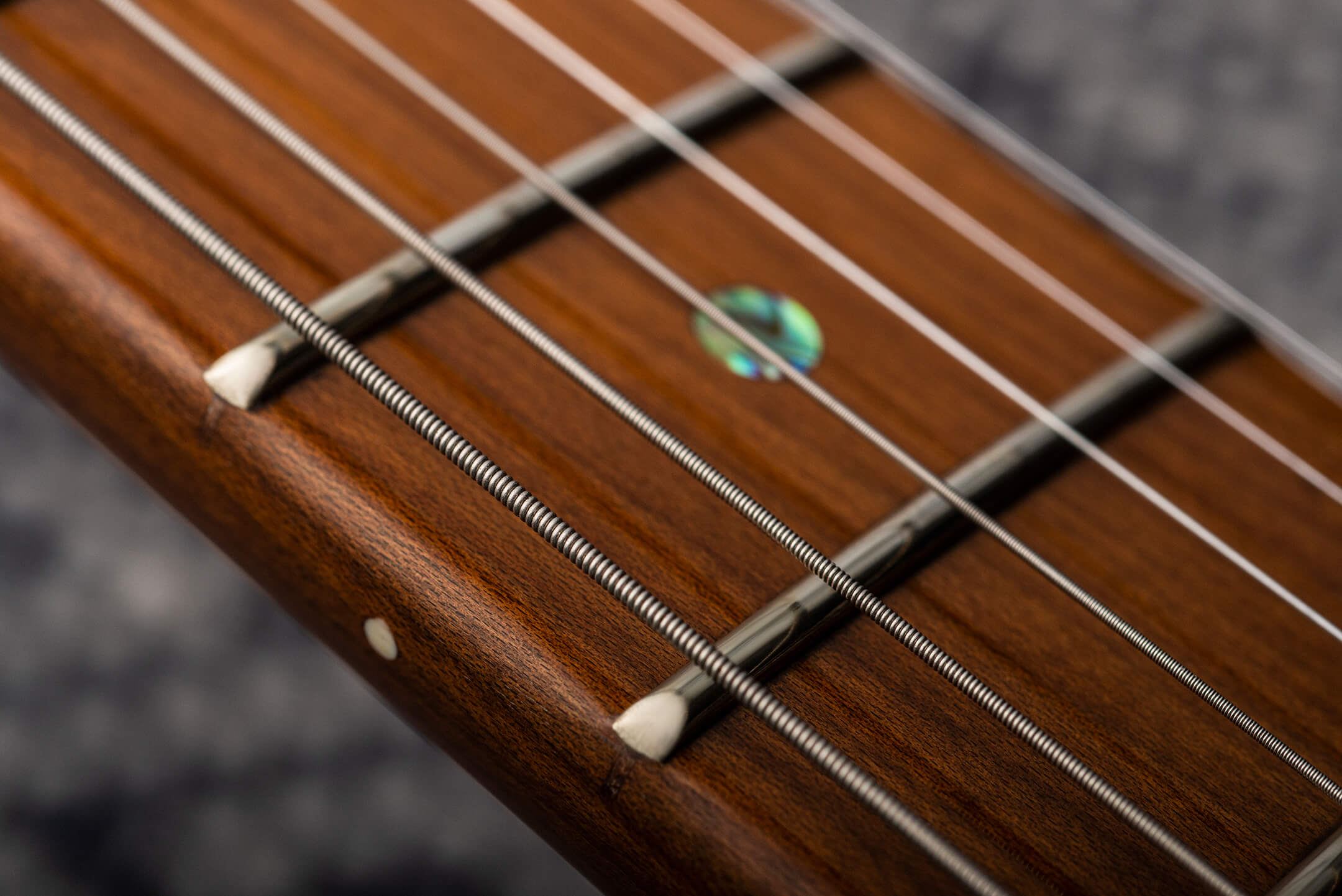 So it’s an all-maple semi-acoustic with a mahogany neck and ebony fingerboard, packing a pair of Sire’s own humbuckers and a full complement of standard-looking hardware. That board has a modern 12-inch radius and rolled edges, while the rather generic headstock – the only bit that’s legally not allowed to look like a 335 – has a neat black veneer with Larry’s signature across the middle.

But there are other not-just-a-copy touches. The most obvious addition is triple-pinstripe purfling on the body – a feature borrowed from Gibson’s more opulent ES-355 model – while the f-holes are also bound and the frets have been fitted over the neck binding, so there are no nibs. All of this looks extremely smart, even if it’s not 100 per cent flawless in application.

Of course, Carlton doesn’t only play semis – and that brings us to the S7 FM, which takes us into the heart of Superstrat country. This time the body is alder with a flamed maple veneer, while the neck is roasted maple – lacquered to a shine on the fretboard but with a softer satin finish on the back.

The abalone dot markers don’t always show up very well against that toffee-brown board, but again the edges are rolled for a smoother feel in the left hand. There are only two controls – master volume and tone – while all the hardware, from the two-pivot vibrato bridge to the staggered locking tuners, is Sire’s own.

This one isn’t bound, except for a neatly understated strip of faux-binding around the body. Prefer your tops on the plain side? There’s also a non-flame version of the S7, available in a wider range of colours, that’s £30 cheaper. 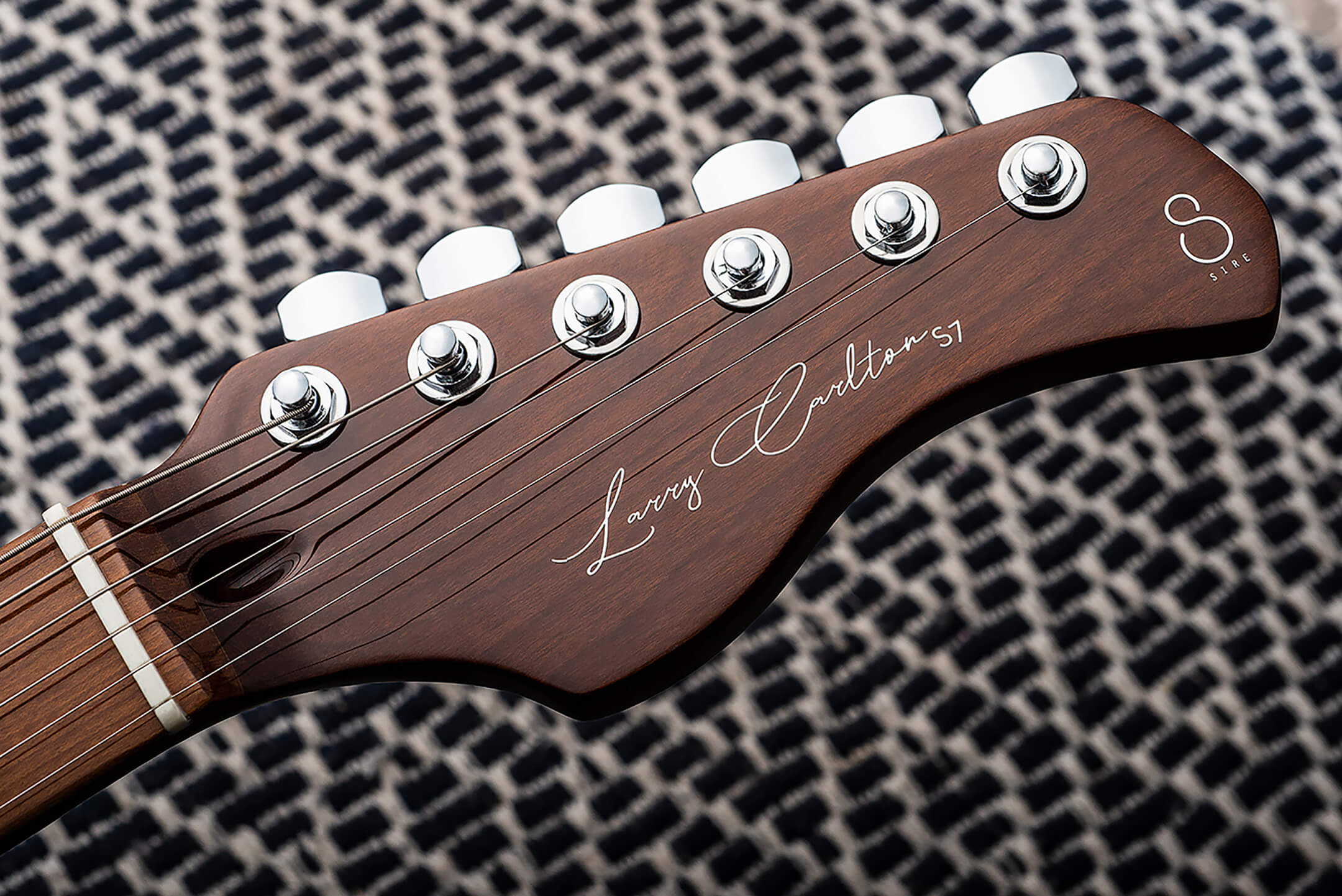 The H7 is not a small guitar. Like the 1958 classic that provided its design template, it’s much wider than the average electric six-string, and the heavy maple centre block of our review instrument, coupled with a narrow but chunky neck, brings the weight to almost 4kg. If you plan on doing Chuck Berry duck walks with this thing, you’d better start working on those pecs.

One thing that’s already plenty beefy is the sound of Sire’s humbuckers. The neck unit is full and thumpy, a natural for shiny-shoed jazz, but the other two settings do an impressive job of keeping things full while dialling up the midrange snap. There isn’t a whole load of cluck in the middle position, which is bad news for clean indie pickers, but give the H7 just a teaspoon of overdrive and it reveals itself to be a rich and gutsy solo machine. 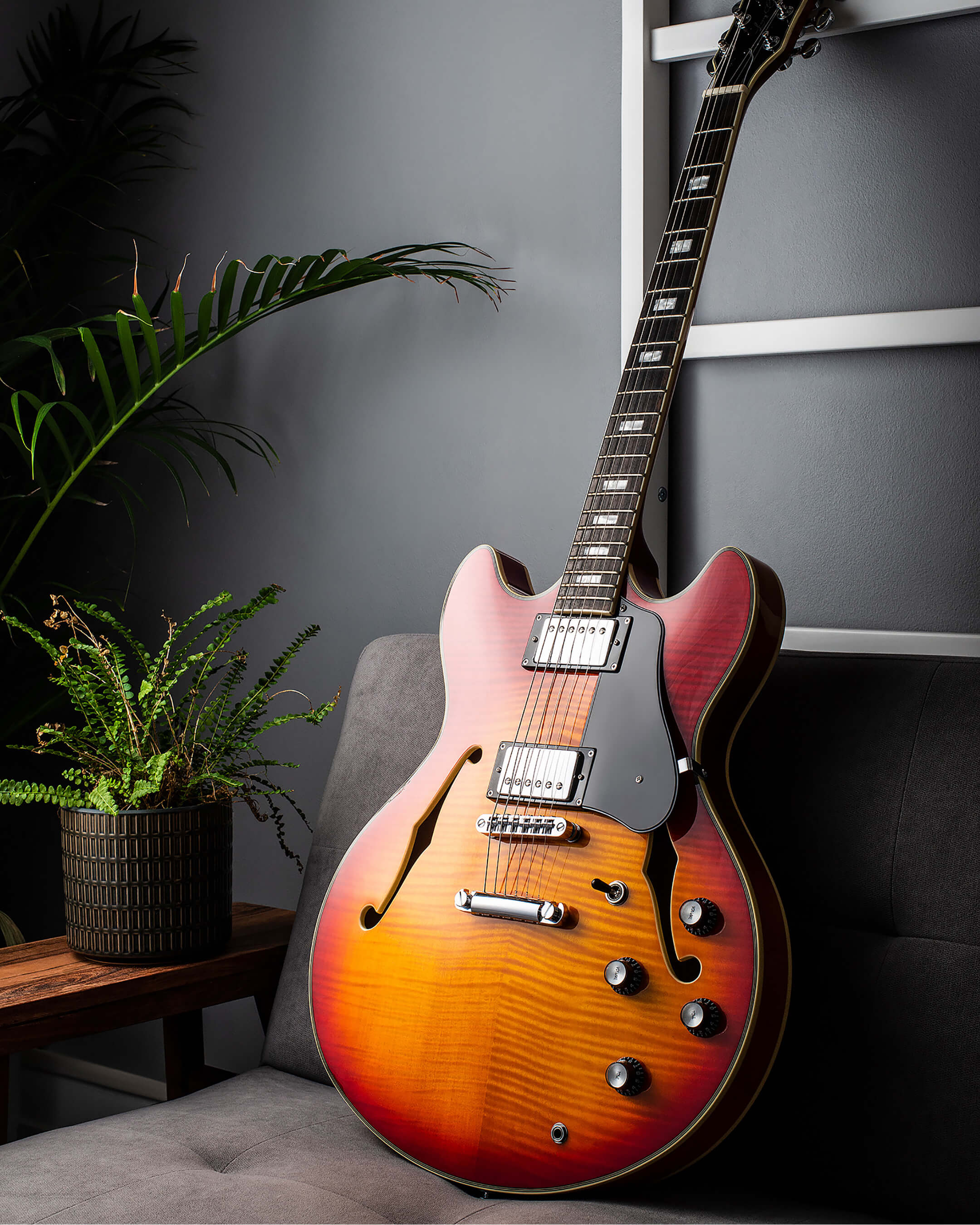 Our guitar arrived with virtually no relief in the neck, but there aren’t any problematic buzzes and the playing feel is pretty slick. Just be aware that this kind of tight but deep C-profile isn’t for everyone – and that, judging by the stains on our fingertips after five minutes of playing, the dark hue of the ebony may have been artificially enhanced.

Moving on to the S7 FM after that feels like exchanging a diving helmet for a baseball cap: as well as being lighter and more compact, the solidbody has a noticeably slimmer neck that technical widdlers will surely appreciate.

This time the factory action is higher, but not enough to make playing it a chore. The satin neck finish feels great, the rolled fretboard edges really do make a difference, and the vibrato system has been well set up with a natural response and decent tuning stability.

As with the H7, things get somewhat muffled with even the slightest dialling back of the volume control, but keep everything wide open on the S7 and it does exactly what you’d want it to do: offering up clear and well-balanced Stratty tones with a nice bit of extra oomph from the humbucker.

Played clean, all three pickups are perky and brisk, with loads of phasey quack in both in-between positions. Did we say ‘loads’? We may have meant ‘too much’: for that Sweet Home Alabama sound you’re almost better off using the middle pickup on its own.

Give it some mid-gain overdrive to play with and this guitar really finds its true voice – and that’s particularly true of the humbucker, which picks up where the H7 left off by delivering a Fender-flavoured variant of that same creamy fullness. 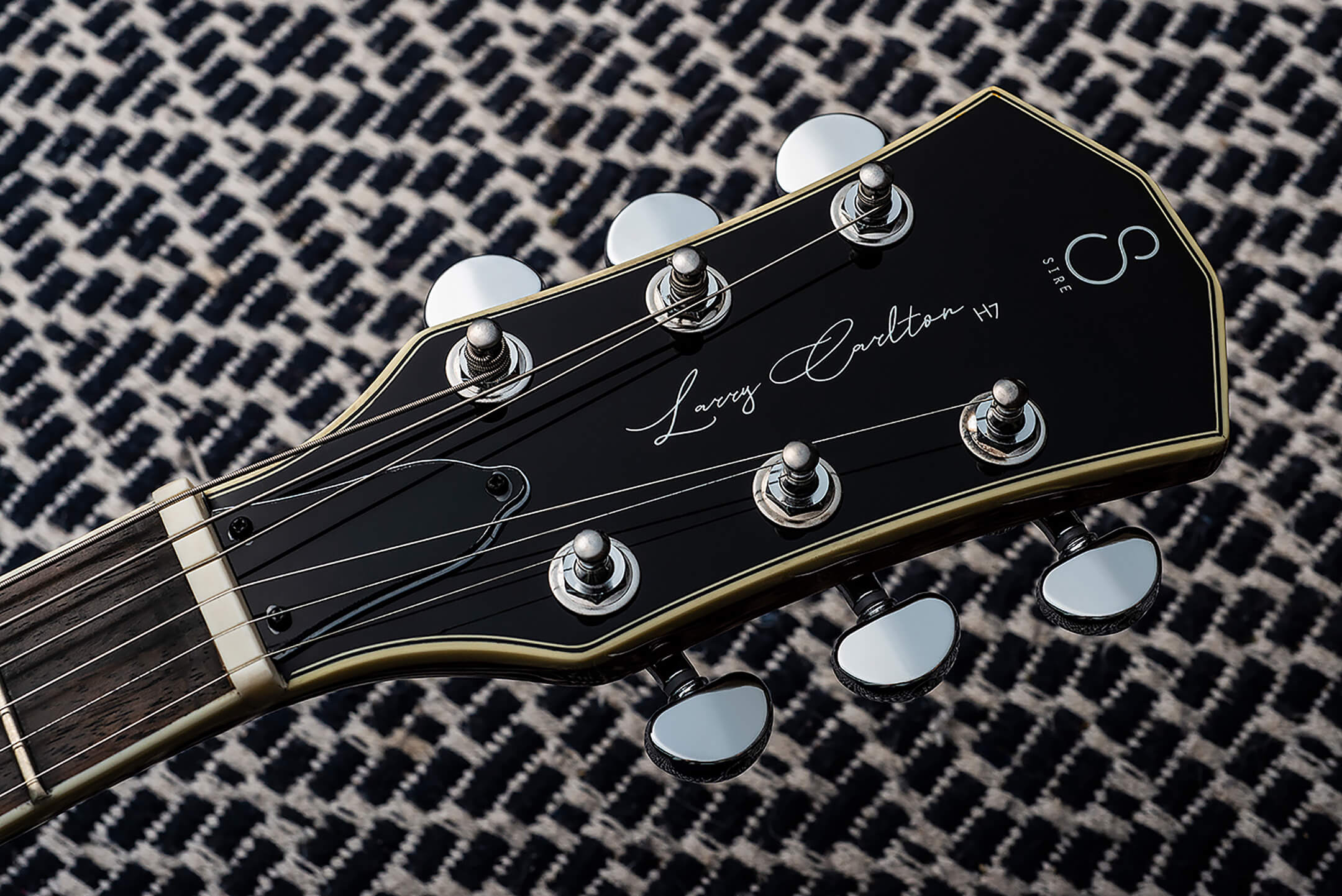 Even if we don’t have Larry Carlton’s chops, we can see why he was prepared to add his name to both of these guitars. Value is a little hard to quantify at a time when Mike Rutherford of Genesis is apparently happy to gig with a sub-£200 Squier Bullet Strat, but these Sires really do offer a lot of sonic sophistication for the money. 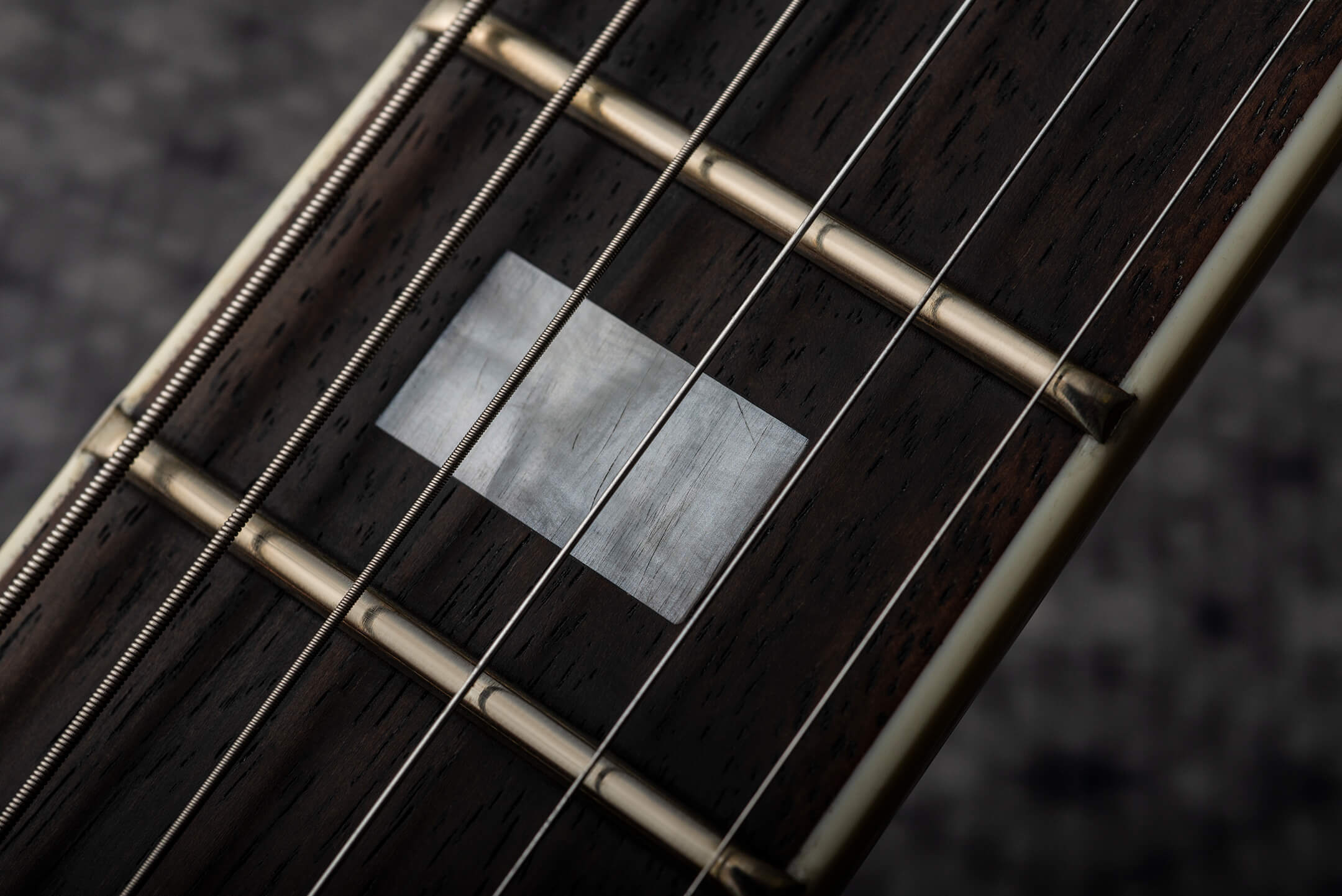