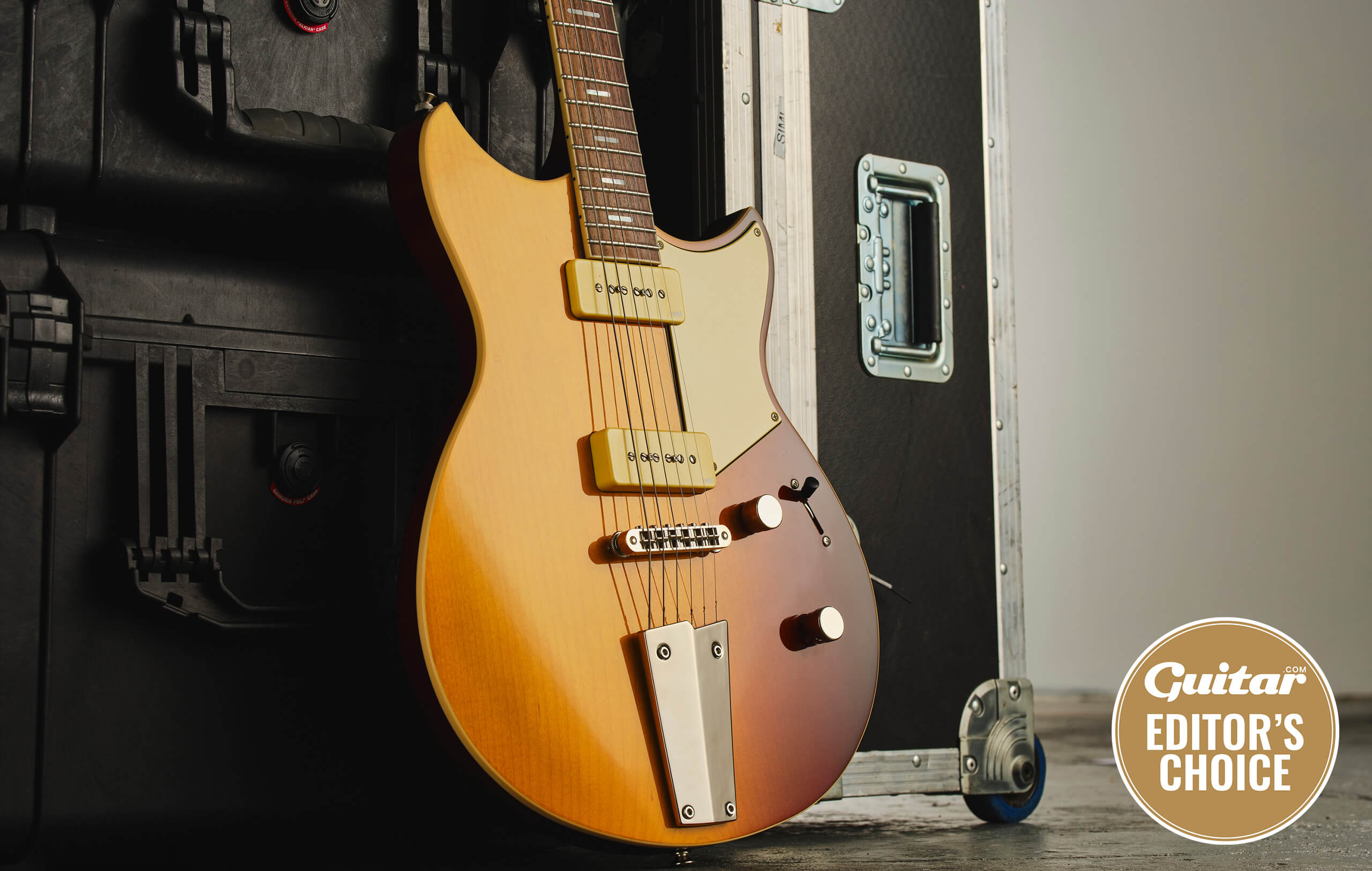 The Big Review: Yamaha Revstar RSS02T – is this the best bang-for-buck electric of 2022?

Yamaha takes aim at the mid-range price market, looking to shake things up with an all-rounder that meets the needs of just about everyone.

From motorcycles to marimbas, concert pianos to cornets, Yamaha has its fingers in many pies, and since the 1960s that has also included acoustic and electric guitars. Everyone knows about the venerable Pacifica of course, and the legacy of the SG-2000 is a star-studded one, but in recent years the brand has earned plaudits for its Revstar range.

Inspired by cafe racer motorcycles and offering a variety of rock-ready configurations, the Standard series guitar we have on test today comes from Yamaha’s new-for-2022 second generation of Revstars, which boasts updated pickups, chambered bodies and new switching options. 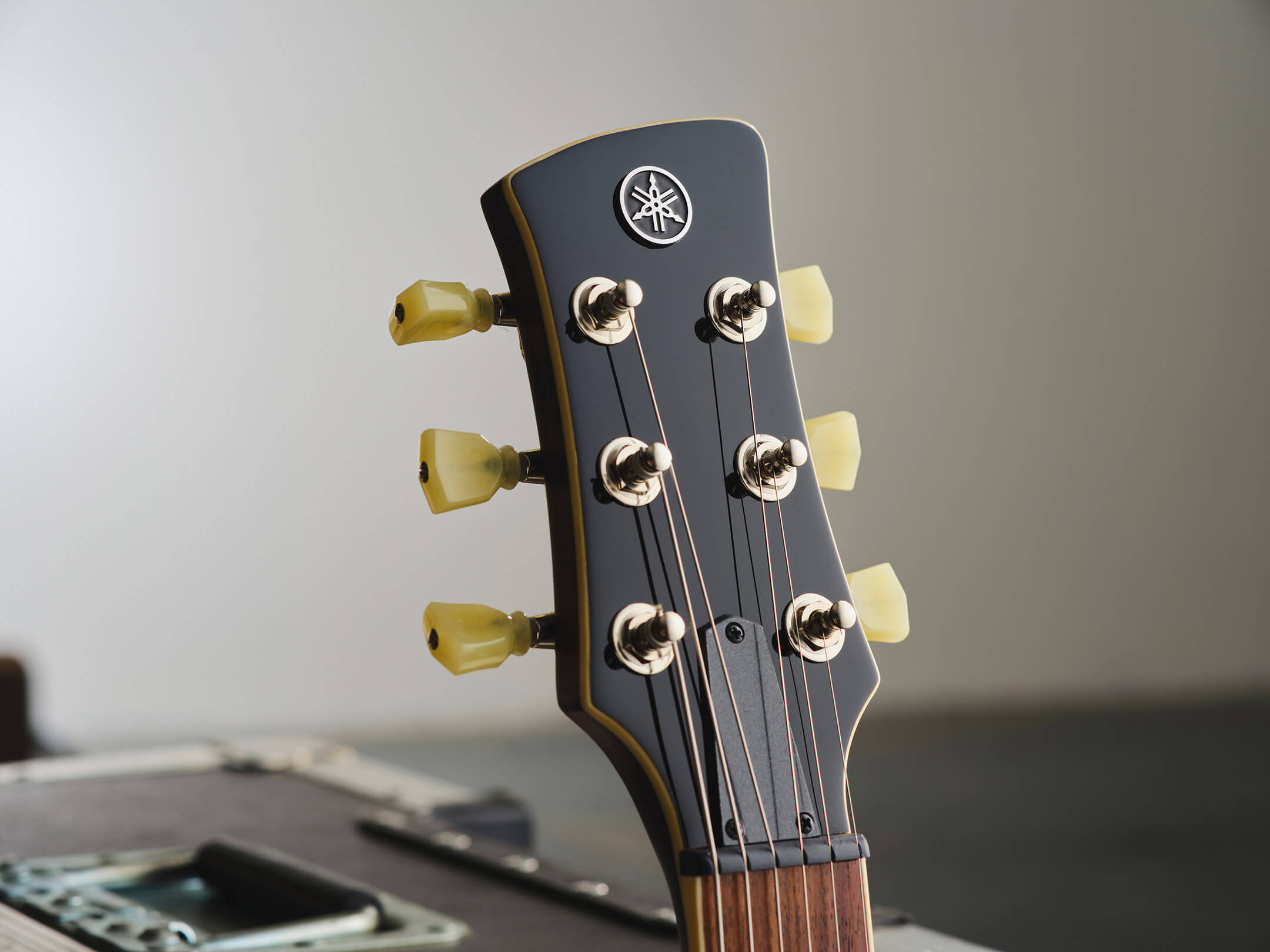 Yamaha is the world’s biggest musical instrument maker, yet despite this it’s often something of an afterthought in the guitar world. Perhaps that’s because the brand isn’t constantly revealing new models like Gibson or Fender, and instead takes a more considered approach to new launches – these are the first new Revstars since 2019, after all.

It’s possible that his approach means the brand has more time to hone the fine details that make a good guitar great for this second wave. Our RSS02T certainly bears this out in the looks department, with a gorgeous sunset burst finish accented by a lovely cream scratchplate and custom chrome tailpiece. It’s another superb evocation of Yamaha’s motorcycle pedigree – stick a seat and a couple of wheels on this thing and you could ride it down the Pacific Highway. 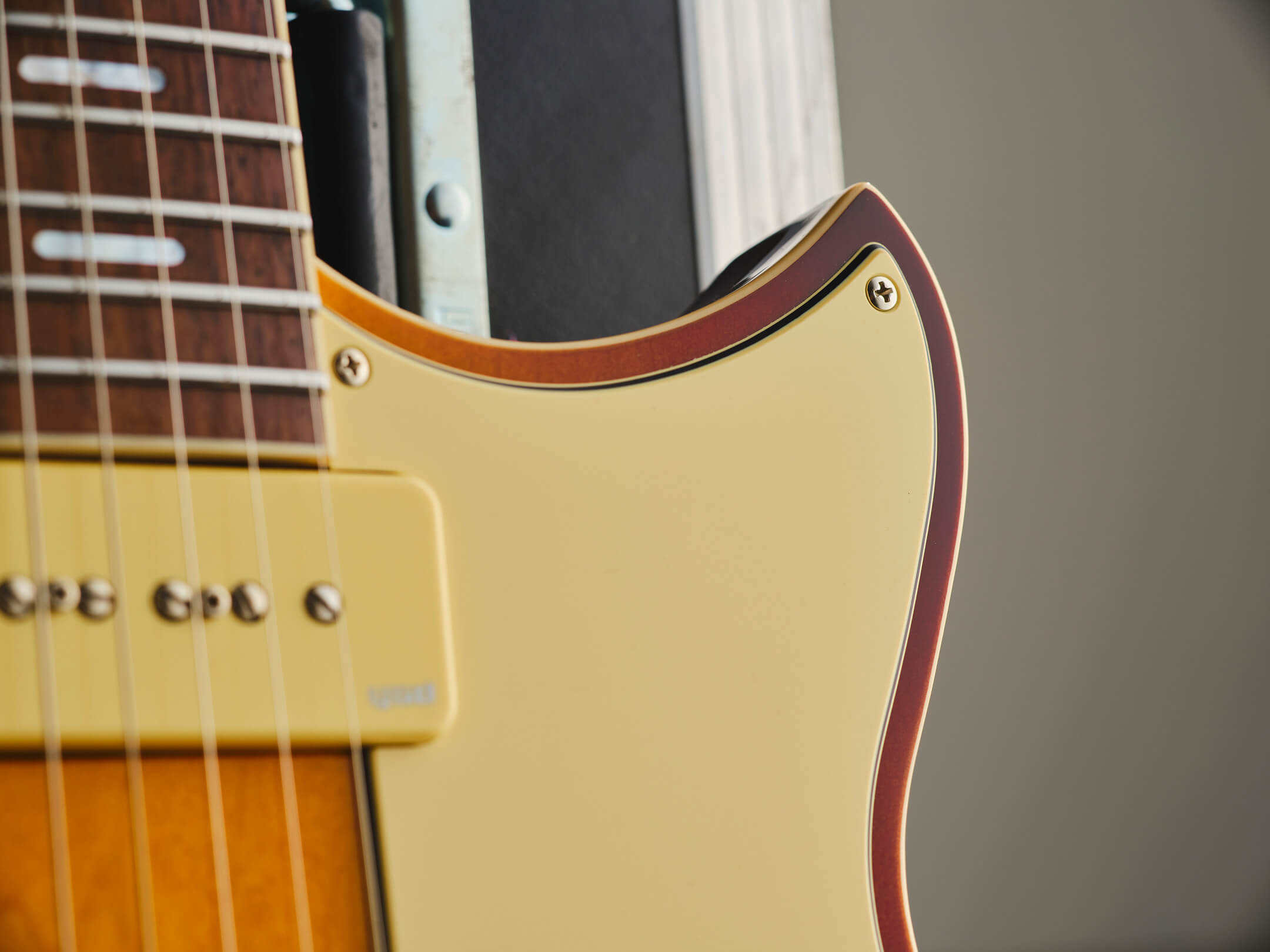 With all this talk of riding it to hog heaven, we eagerly plug the guitar in.The character of the guitar’s new alnico P-90s soon wows us. These pickups ring clear and true as a bell; offering cleans so rich and full we momentarily forget we’re playing a mahogany/maple rock doublecut and could have easily had a Telecaster in our laps. An impressive start for this mid-priced model.

The mahogany bodies of the new Revstars have been expertly chambered using all sorts of fancy tech toys, and while it may do the job of shaving off some weight from a comfort perspective, there are also tonal benefits to be reaped. The chambering makes the Revstar extremely resonant and percussive, with great note articulation even with lashings of gain.
Playability is also excellent and there’s a wealth of enjoyable tones on offer – particularly positions two and four on the five-way, which give you some out-of-phase sounds that are a joy to mess around with. 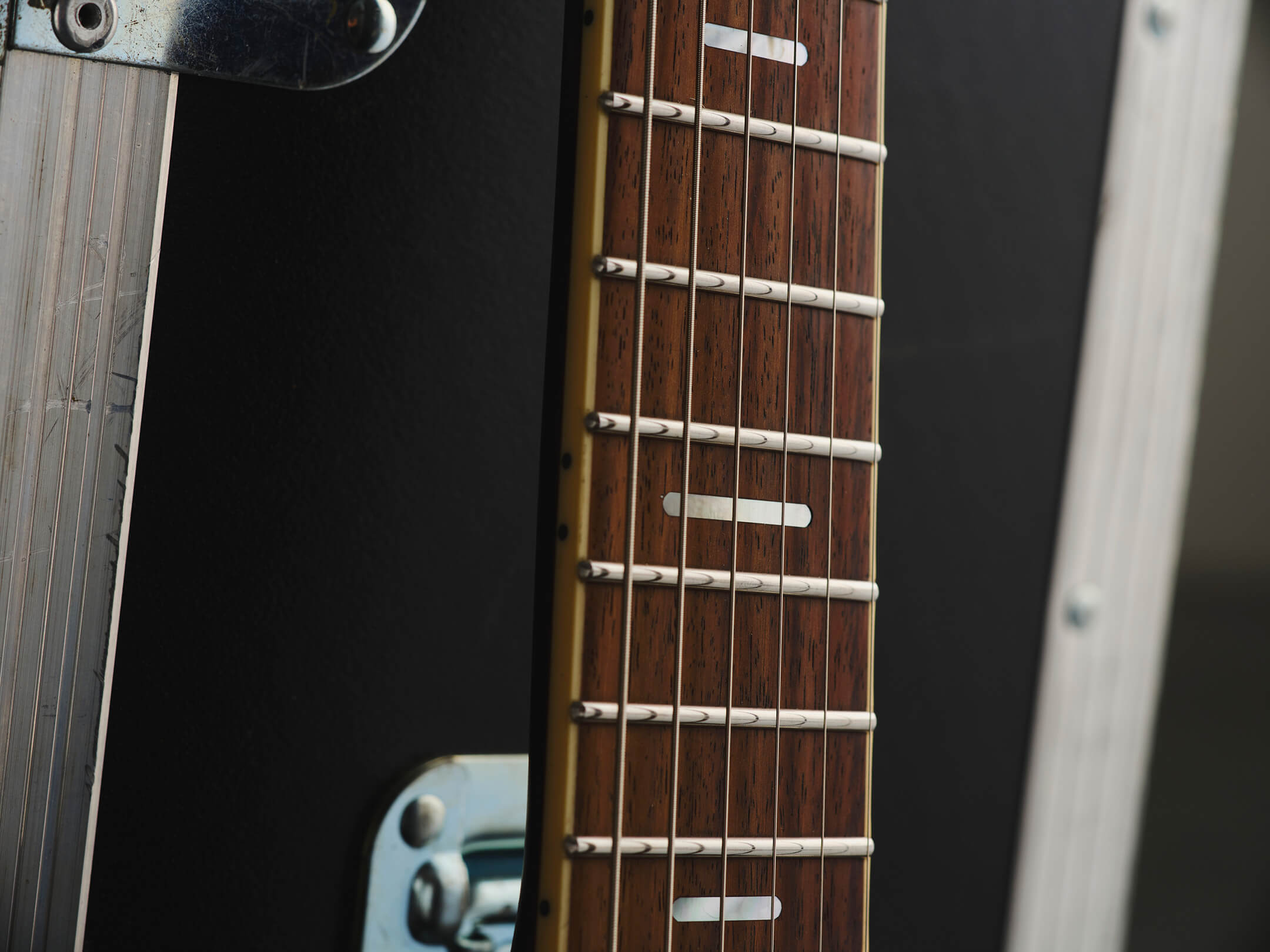 Also new on the V2 Revstar is the addition of a push-pull passive ‘focus switch’ on the tone knob that, when engaged, is supposed to evoke the sound of overwound pickups. It certainly does raise the mids and bass, creating an almost swamp-rock type sound.

It’s perhaps inevitable that, for a P-90-loaded mahogany guitar with a maple cap, the Revstar really hits its stride when you pin your ears back and go all in on breakneck blues-rocking. That chest-out attitude is what makes P-90 pickup guitars the only choice for some players; the ability to cut through and wreak musical havoc across any track you’re playing in the best kind of way. 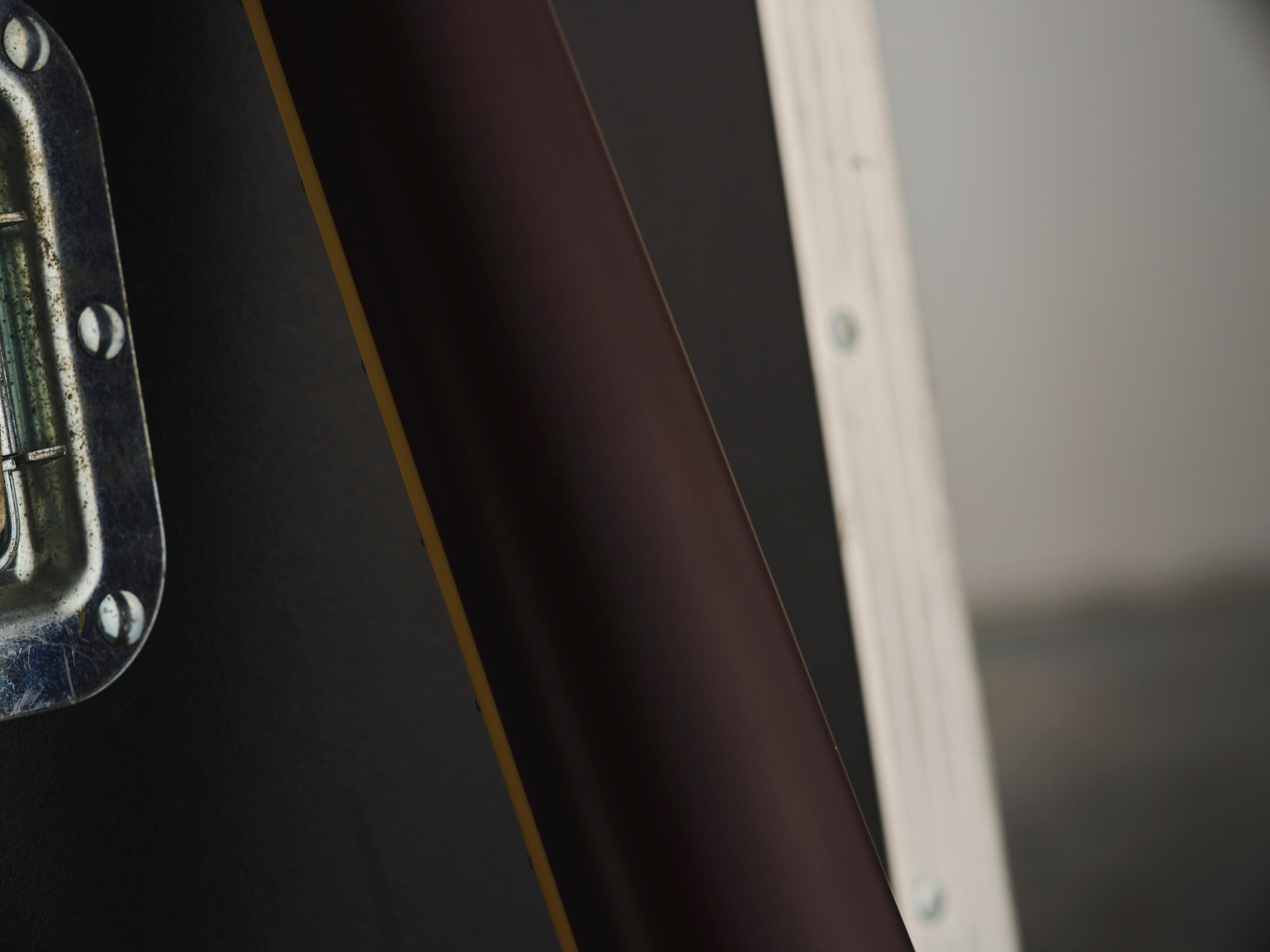 It’s interesting then, that much of what Yamaha seems to have done with this second generation Revstar feels as though it’s designed to tame the beast somewhat, and to favour articulation and control over chaos and grit. If you’re an out-and-out P-90 player who favours the traditional wild ride, this is worth bearing in mind.

For the rest of us however, this is a truly winning package that alloys some of that classic P-90 snarl with some more versatile and varied sounds, plus a top notch blend of build, playability, resonance and sustain. If this were a motorcycle, we’d describe it as a graceful Yamaha YA-1 that’s sticking to the speed limit. It might not feel as dangerous, but it’ll get you where you want to go with style.