A digital flanger with some distinctly non-flangey tricks and a dual-function footswitch? Richard Purvis unlocks the mystery of the Pyramids… 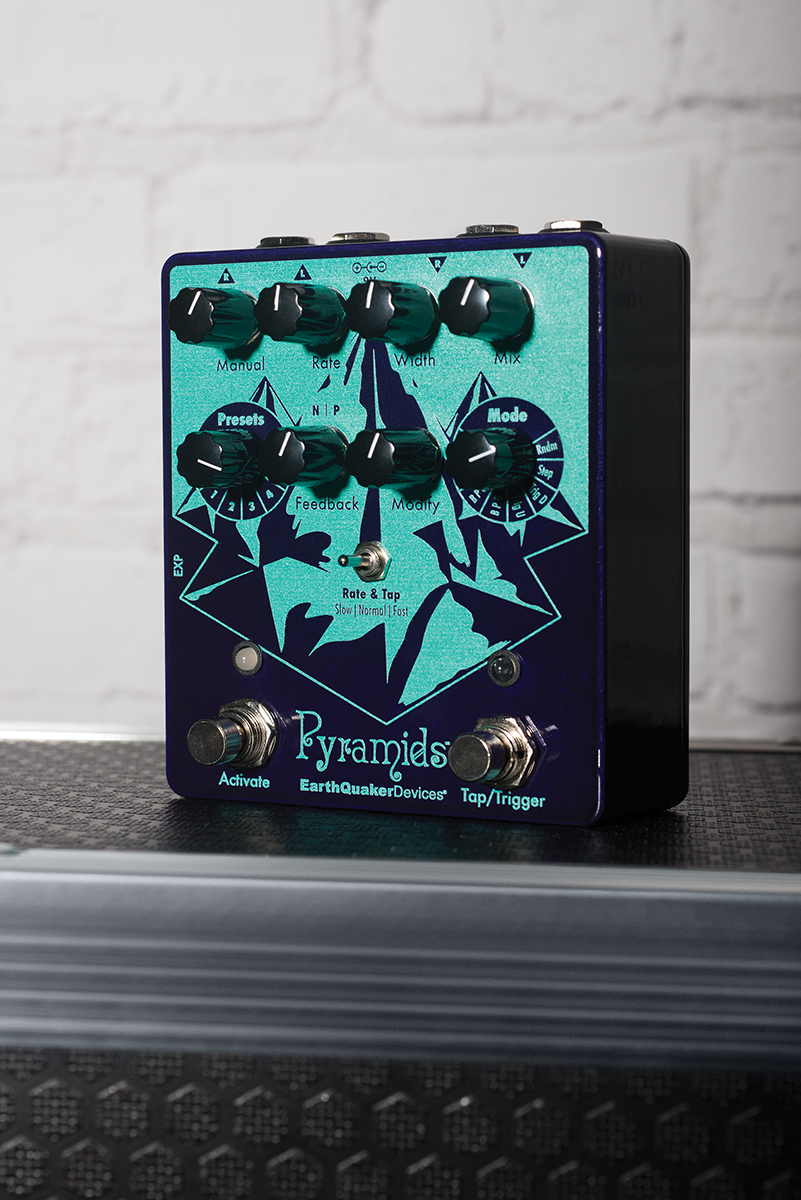 We don’t seem to review a lot of flangers. Is it because of their association with 80s indie/goth doom-scaping? Maybe, but we’re all sonic adventurers nowadays, and a flexible flanger is capable of so much more than that cold metallic whine. Take the Pyramids from EarthQuaker: an eight-knob digital beast with stereo operation, eight sound modes and five preset slots. This is not your old three-knob stomper.

Sitting somewhere between chorus and phasing, but with the potential to be more disorientating than either, the flanging effect was pioneered by studio engineers messing about with synchronised tape machines in the 60s. It’s existed in stompbox form since the 70s, but maybe it was waiting for the current age of sophisticated digital processing to really seize its moment as a versatile tone-warping tool.

To that end, the Pyramids offers eight different flanging effects in one box: four of them more or less ‘standard’ in type, two triggered by playing dynamics, and two offering sample-and-hold stepped filter sounds. The five factory presets cover a lot of ground, but you’re going to have to get to know that array of knobs; and while rate, width and mix are fairly self-explanatory, the others are a little more arcane.

‘Manual’ changes the delay time of the modulated signal, ‘feedback’ controls how strongly it regenerates, and ‘modify’ has a different role depending on the mode selected. Taken together, they’re basically your three-dimensional weirdness factory.

Never mind sounds, let’s first talk about footswitches – because the bypass switch here is a bit clever, using EarthQuaker’s Flexi-Switch tech to be both latching and non-latching: tap once for normal on/off functionality, or hold to keep the effect engaged only until you lift your foot off again. It seems so simple and works so well that we’re left wondering why every effects pedal ever made doesn’t do this.

Once we’ve got over that little thrill, we ease ourselves in with the conventional flanging effects found in ‘classic’ mode. Used in moderation, this is a pretty tasty way of adding colour and movement to a flat tone, especially going through two amps in stereo. ‘Through-zero’ mode is similar in style, but with an element of tremolo, while the two ‘barber pole’ options introduce a more pronounced phaser-like swirl.

The triggered effects are somewhat extreme but work as you’d expect, and you can use the ‘modify’ control here to adjust the sensitivity to pick attack. And while ‘random’ and ‘step’ modes take things in a dramatically synth-like direction, it’s the power of all those knobs that really fuels the Pyramids: twiddle them for long enough and you’ll find everything from a Leslie-like shimmer to jarring ring modulation, with hints of all sorts of other wobblinesses in between. You could get lost for a long time in these Pyramids. 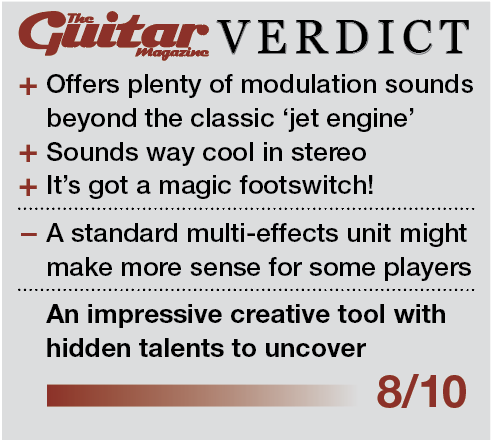