A year after we first saw them at NAMM 2017, we get to grips with these highly advanced strings. Can we believe the hype? Simon Bradley tunes up… 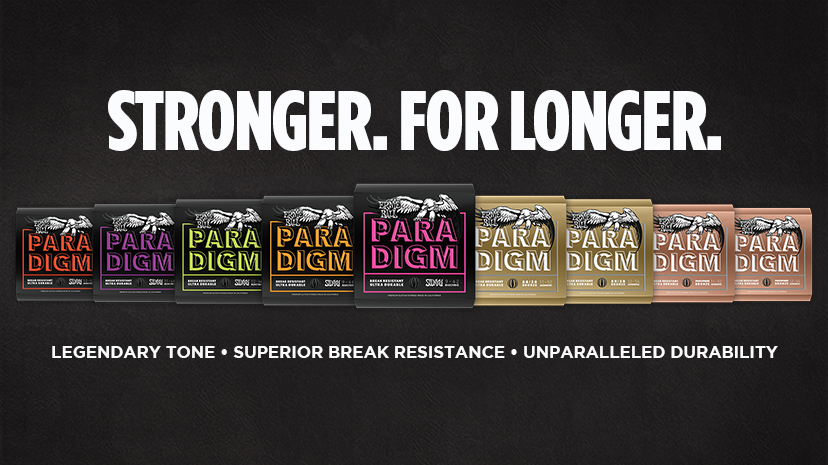 Where instruments may come and go over a guitarist’s career, a player’s choice of strings and gauge is, more often than not, a life-long decision. It shouldn’t take too long for a dyed-in-the-wool Charvel-totin’ rocker to get to grips with, for example, a fat Gibson ES-175 – we’d suggest that actual technique is broadly applicable to all types of guitar irrespective of their spec. However, change a player’s preferred string gauge and we’re far more likely to flounder.

Too light and we’ll be over-bending like crazy, while too heavy and complaints regarding sore fingers and compromised playing comfort will soon be ringing out. In short, it takes a lot for a player to even think about changing string brand, let alone their gauge, but these Ernie Ball Paradigm sets might just persuade you.

These are coated strings and EB, in conjunction with Princeton University believe it or not, have developed a treatment called Everlast that seals the winds in a nanometer-thin material that resists 41 per cent more moisture than an uncoated wire. The best news is that the strings don’t actually feel coated, which is a true triumph: there’s no greasy feeling on your playing hand here. 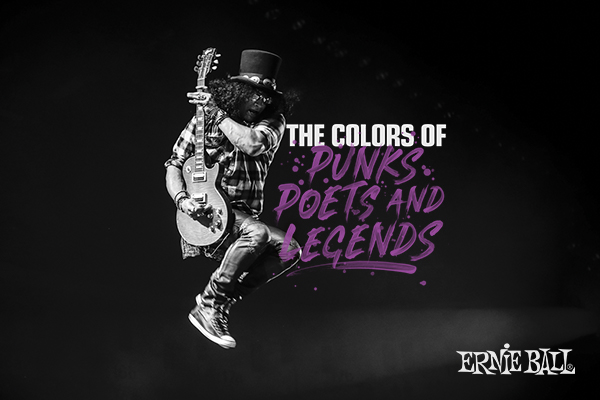 Ball-ends are firmly secured with RPS technology that reduces stress at that traditionally snap-happy point of the string and the wire itself benefits from a newly introduced drawing process that gives an ultra-fine grain steel for, again, added strength and durability.

We’d invite readers to check out the swathes of content on Ernie Ball’s website for far more detail than we could include here but suffice it to say that when a company as established as EB state that Paradigm are “The most advanced guitar strings ever created”, attention needs to be paid. Just ask such diverse players as John Petrucci and Kenny Wayne Shepherd – both were involved in Paradigm beta-testing.

Should we believe the hype? Well, Ernie Ball has certainly backed it all up by offering a pretty impressive product guarantee service should any of your Paradigm strings rust or break within 90 days of purchase and this does go a long way towards convincing us that the company has its money where its mouth is. We tested the 0.010 to 0.046 electric and 0.012 to 0.054 80/20 acoustic sets and, after three weeks of some pretty strenuous abuse, not only have the strings remained intact, they’ve also lost virtually no tone.

The frequency with which any of us change strings is, again, a personal choice, and if you’re a ‘change every show’ player, Paradigm will significantly dent your wallet over the course of a four-month tour, as all sets retail at £18.99. That said if they do last, and more importantly are usable, for 90 days or more, then shelling out for just a few sets will save you cash and hassle in the long run.
Ernie Ball’s distinctive ‘colours of rock ’n’ roll’ can be found in the cases and gigbags of guitarists of every stripe, and presuming that they last as well as EB promises they do, the most ringing endorsement we can give is that the Paradigms feel just like our trusty Slinkys.