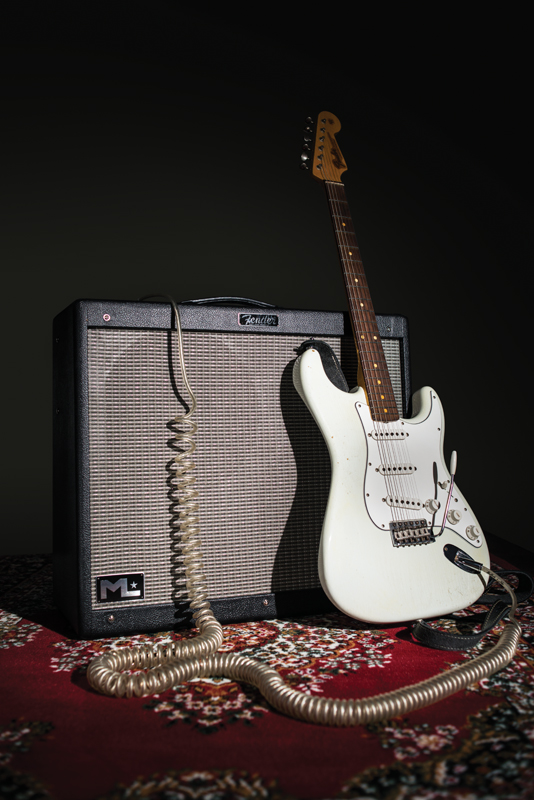 It all sprang from a chance encounter while out on the road. US session ace and sidekick to the stars Michael Landau was playing rented backline roulette on tour, and one night, he ended up with a Fender Hot Rod DeVille. When he plugged his pedalboard into the clean channel, Landau thought it sounded great and handled pedals as well as any amp he had ever used.

Fender’s Custom Shop had already produced a signature model Stratocaster for Landau, so a signature amp seemed logical. Having already adopted the Hot Rod DeVille as his `playing out’ amp of choice, Landau requested a DeVille devoid of features he didn’t use, along with a handful of choice modifications. 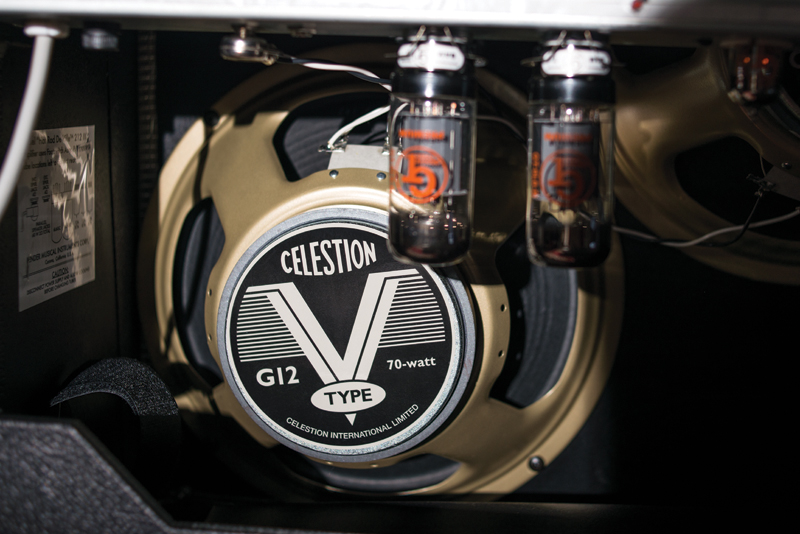 The Celestion G12V won a speaker shoot-out because Landau found it the best match for the circuit and the cabinet, with a fat, creamy and fizz-free tone in the upper registers. He requested soldered speaker connections, too.

Landau is no fan of two-channel amps, having found that shared equaliser controls always result in compromise. Consequently, the regular DeVille overdrive channel was ditched and designer Stan Cody was asked to provide extra clean headroom and a more natural transition from clean to overdrive.

The result of that brief is a one-channel Hot Rod DeVille with two footswitchable volume controls and a boost. Effects loop connections are provided on the top panel and a full-sized spring reverb tank nestles in the bottom of the open-back cabinet.

This amp is designed for a specific purpose, so let’s discuss what it doesn’t do from the get-go. If easy overdrive, touch compression and chewy mids are your thing, the ML 212 is not going to be the amp for you. It’s also bulky, weighty and very loud.

We’re talking big and clear guitar tones with ample clean headroom, and it’s geared towards Landau’s stated preference for a sonically pure platform that he can control with stompbox overdrive and distortion textures rather than valve-derived saturation. 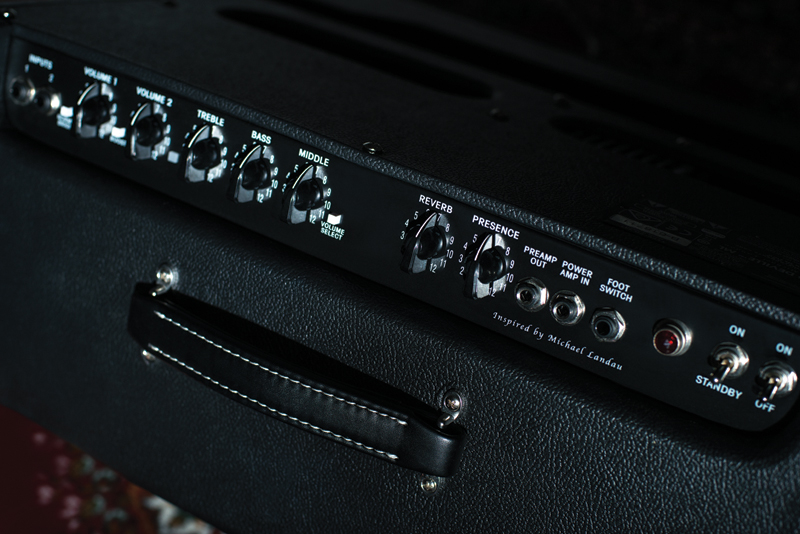 Of course, it can’t deliver vast swathes of sounds, like a three-channel Boogie or a modelling amp. Instead, it’s about variations on a theme, but to call the ML 212 non-versatile would be unjust. Within its design parameters, it’s a fairly sophisticated tone shaper.

Starting with both volume controls set identically, I could hear no tonal difference between volumes 1 and 2. Although the ML 212 is described as a two-channel amp by Fender, Landau’s description of a one-channel amp with switchable volume controls seems more accurate. I’ll call them side 1 and side 2 for simplicity.

The boost functions only when side 2 is selected. The volume lift is preset, but it’s sensible and usable rather than giving you an excessive volume and gain hike. In practice, I found it roughly equivalent to turning up the volume control by around one and a half increments. It’s also accompanied by a reduction in edginess and a mild midrange boost, so there are a couple of ways you can use this feature.

The first and most obvious is to use side 2 for a tonally consistent volume lift, with boost providing an additional volume lift for solos – with all the frequencies that can sound edgy at higher volume levels knocked off. The alternative approach is to keep the boost feature engaged and set side 2 at the point where it’s more or less on a par with side 1.

The second option gives a subtly different voicing when side 2 is selected, so long as you can get your head around using boost as a tone shaper rather than a level control. Simply engage the boost then roll side 2’s volume control back and the ML 212 will start to feel more like a two-channel amp. 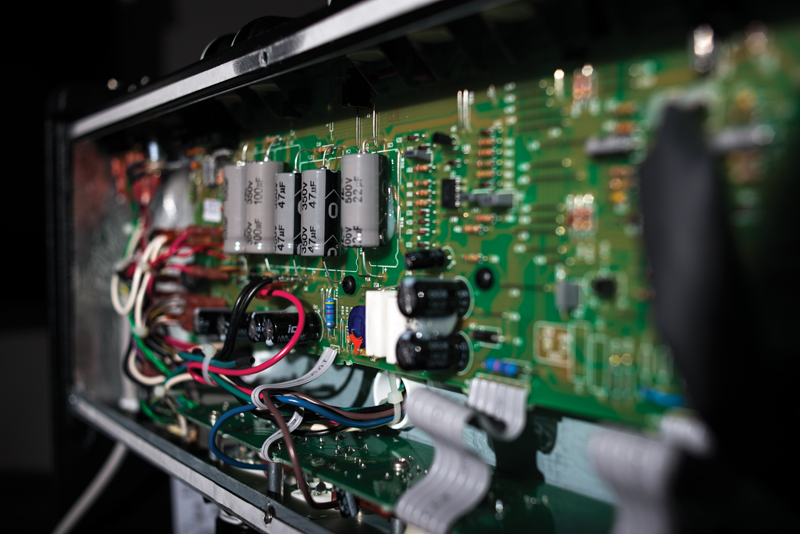 Side 1 sounds more scooped, clear and glassy in the traditional, iconic big Fender style. In contrast, side 2 has fuller mids and a hint of breakup, along with softer treble when boosted. It’s not a world of difference, but I found that side 1 lends itself to clean arpeggios and rhythm parts played with a more delicate touch. With side 2 boosted, it encourages you to dig in to feel more of the natural compression and subtle breakup. Although the ML 212’s emphasis is firmly on clean tone, it’s not relentlessly clean or uninspiring, as old silverface Twin Reverbs can be. A regular Stratocaster will push side 1 into overdrive as the volume control reaches about halfway, and when boosted side 2 begins overdriving a notch or two earlier.

The presence control has a big influence on feel and breakup. The onset of overdrive can be hastened by turning the presence right up, and you will certainly feel the ML 212’s response soften. Inevitably, you’ll need to turn the treble control down, but this adds yet another dimension to the amp.

Before moving on to the subject of effects pedals, the onboard reverb deserves some attention. The effect comes on rapidly, and before the control is even halfway up it becomes absolutely cavernous. Maxed out, it’s even louder than the dry signal, and the longish decay time would make it unusable for all but psycho-surfers. 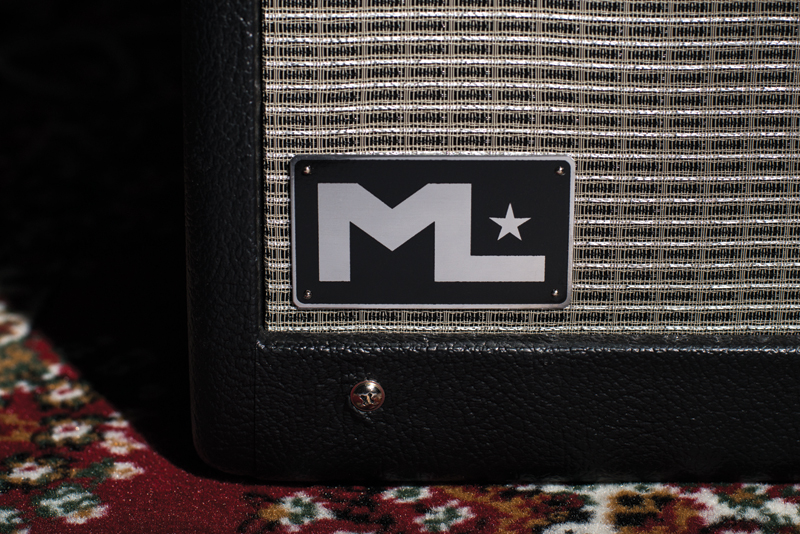 The ML 212’s ability to meld with pedals is indeed uncanny. The sonic characteristics of various overdrive stompboxes shine right through, but they all integrate as if they’re part of the amp. Similarly, echo effects melt into the reverb and modulation pedals shimmy with the treble.

The ML 212 is a devastatingly loud amp, that is intended primarily for stage work. I had to find a bigger than usual room to test it, because it was too powerful for my work space. Personally, I didn’t miss having an overdrive channel at all, since I have never regarded it as being the DeVille’s crowning glory.

There is something majestic about big-box Fender clean tone, and I got a genuine thrill out of playing through the ML 212. Although it may seem like a simplified version of the Hot Rod DeVille, this is a far more subtle and sophisticated amp. Factor in its uncanny ability to complement pedals, and both Landau and Cody can consider this mission accomplished. 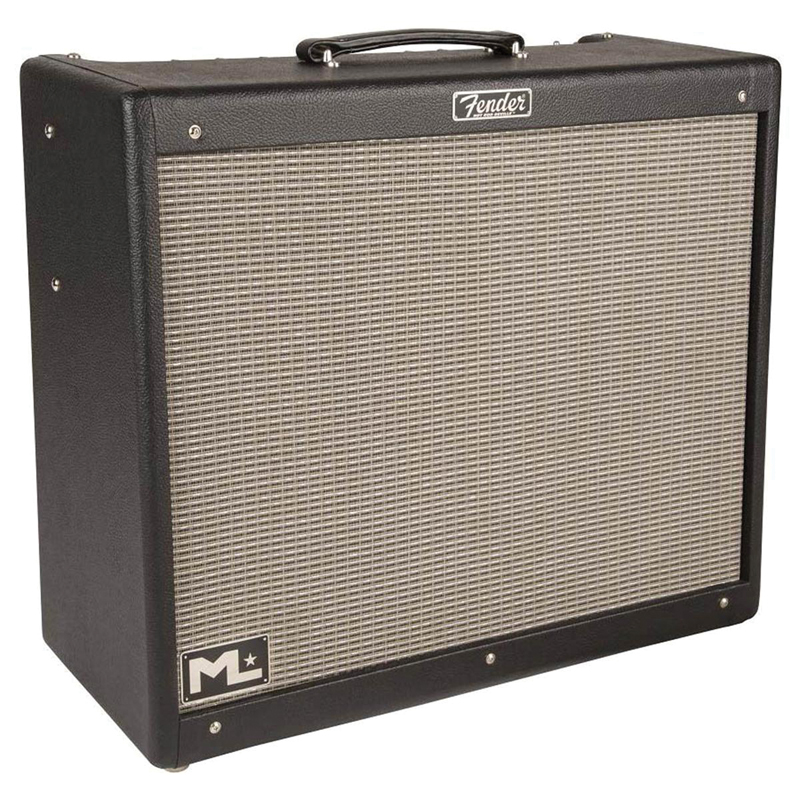 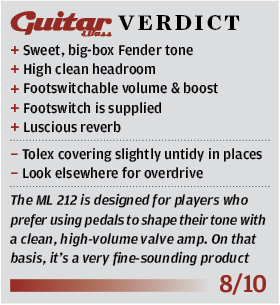