Hand built in North London, the Foxrite is a Mosrite Fuzzrite clone with a twist… 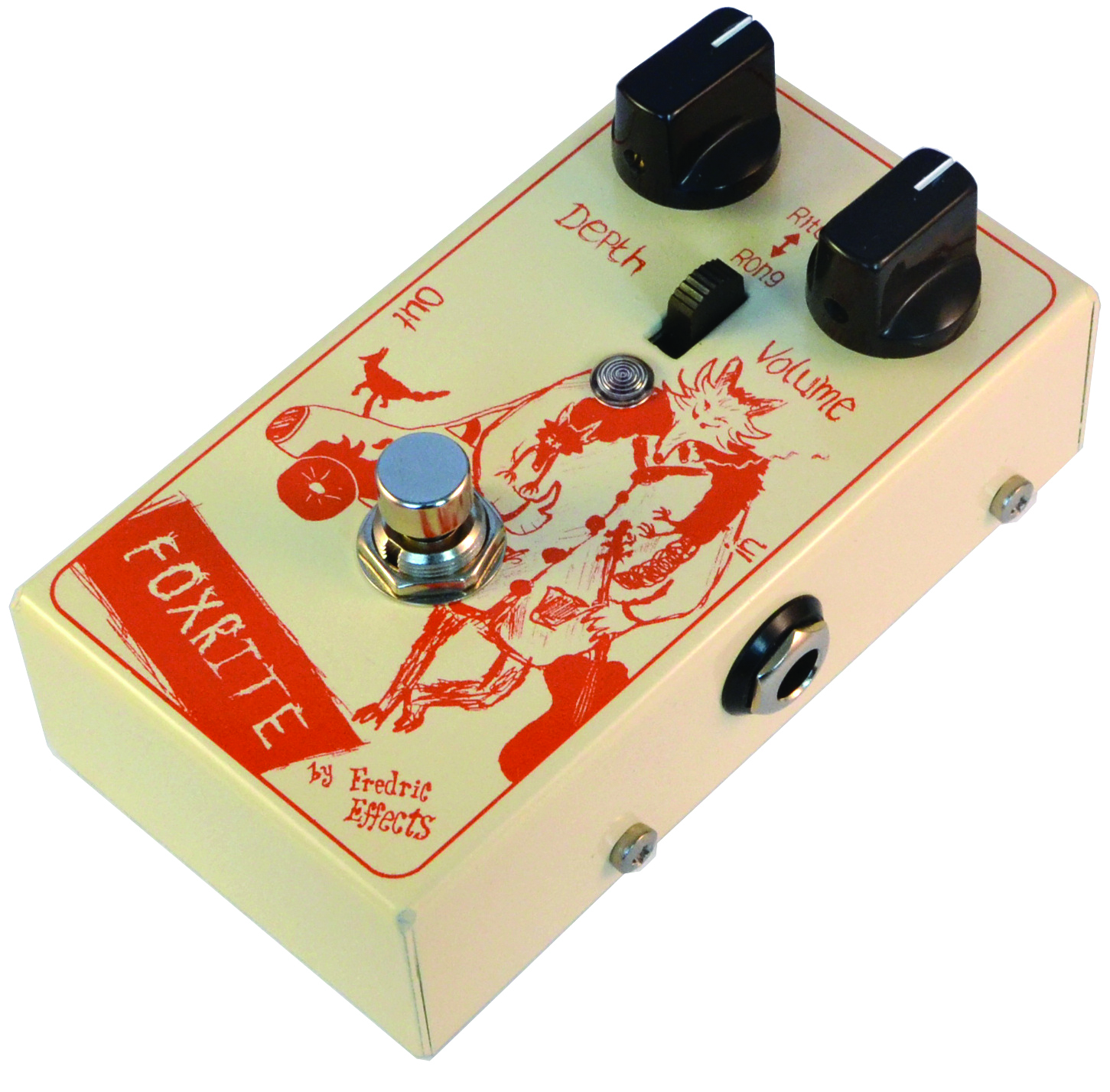 The Mosrite Fuzzrite may not be an A-lister in the classic fuzz pantheon, so there are relatively few modern clones. Even so, it’s a bona fide classic, and the Fredric Effects Foxrite is a modernised version of the later Fuzzrite, that was built with silicon transistors.

An extra boost stage has been added to increase the relatively low output level of the stock circuit, and operates on a slider switch labelled rite/rong. Rite mode corresponds with the original circuit, and rong is a commonly used variation on the Fuzzrite circuit, with the two gain stages of the circuit operating in series and the depth control acting more like a regular tone control.

The folded metal enclosure is custom made for Fredric Effects and powder coated with screen-printed artwork. Loaded onto a PCB, the components include a 2N3904 and two BC108A transistors, Cliff jacks, an Alpha footswitch and Alpha pots. The neat wiring inspires confidence.

Unless you play mostly spaghetti western and surf music, the Foxrite may seem niche. It’s about as far removed from the velvety sustain of a Big Muff as a fuzzbox can get. Even the manufacturer describes this as ™a uniquely abrasive effect∫. Unlike Fuzz Face circuits, which most players seem to use with the fuzz maxed out, the Foxrite creates a wider range of tones and textures, but they are all characterised by a raspy and angry edge. In rite mode, the sound is never `clean’ as such, but at minimum depth the bass and lower-mid frequencies get through more or less unscathed, while the fuzz is confined to a metallic swirl in the upper frequencies. As depth is increased, the low end rolls off and fuzz increases before the low end regains its weight at two o’clock.

At higher depth settings, the tone brightens into a pseudo octave effect. The trick is to balance depth with volume, because higher volume levels bolster the lows, increase sustain and make the Foxrite sound  smoother. Don’t expect Hendrix-y blues or Santanta-like solo sustain; the Foxrite’s percussive edge better lends itself to rhythm playing. It cleans up nicely, too, without any stuttering, and it adds a fascinating chiming fizz to picked arpeggios.

The rong setting adds great value, and makes the Foxrite more general-purpose without sacrificing sonic character. My preferred way to use this fuzz is into a clean amp with lashings of spring reverb and maybe a touch of trem or vibrato. However, it has an analogue synth-like quality that responds well to filtering and phasing. This is a circuit I know pretty well, having built my own Mosrite clone. I’m obliged to admit I prefer the Foxrite for its smoother and fatter tone. Recommended. 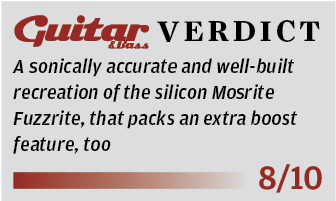