After taking the amplifier world by storm, Dave Friedman has applied his ‘secret sauce’ to a range of electric guitars. Chris Vinnicombe takes a pair of familiar-but-different solidbodies for a spin… 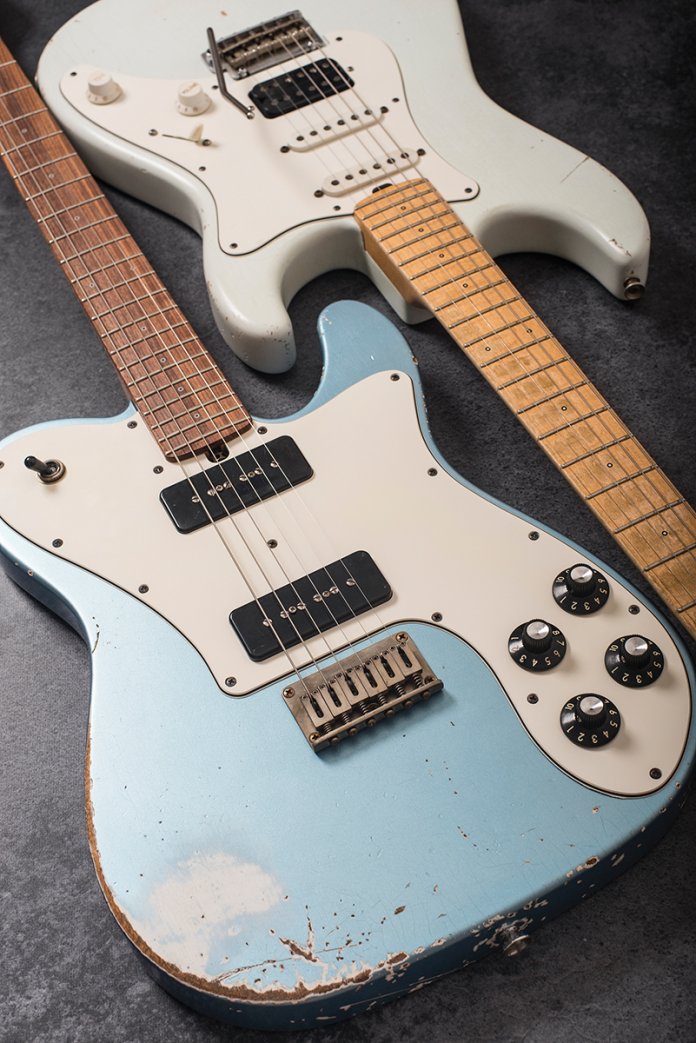 Friedman guitars come with considerable pedigree. First there’s the name that graces their two-tone headstocks: that of Dave Friedman – acclaimed amp-builder and modifier to the stars with over a quarter of a century’s worth of experience. As it turns out, Friedman isn’t just an amp guy – he knows an awful lot about guitars, too, and has been consulting for and advising guitar manufacturers in a behind-the-scenes capacity for years.

Also on board at Friedman’s guitar operation is Grover Jackson – he of Jackson/Charvel fame and one of the key figures in the SoCal hotrod guitar scene of the late 1970s and 1980s. Jackson’s role in the manufacture of Friedman guitars is very much hands-on, with the legendary guitar-maker getting involved as early in the process as timber selection. 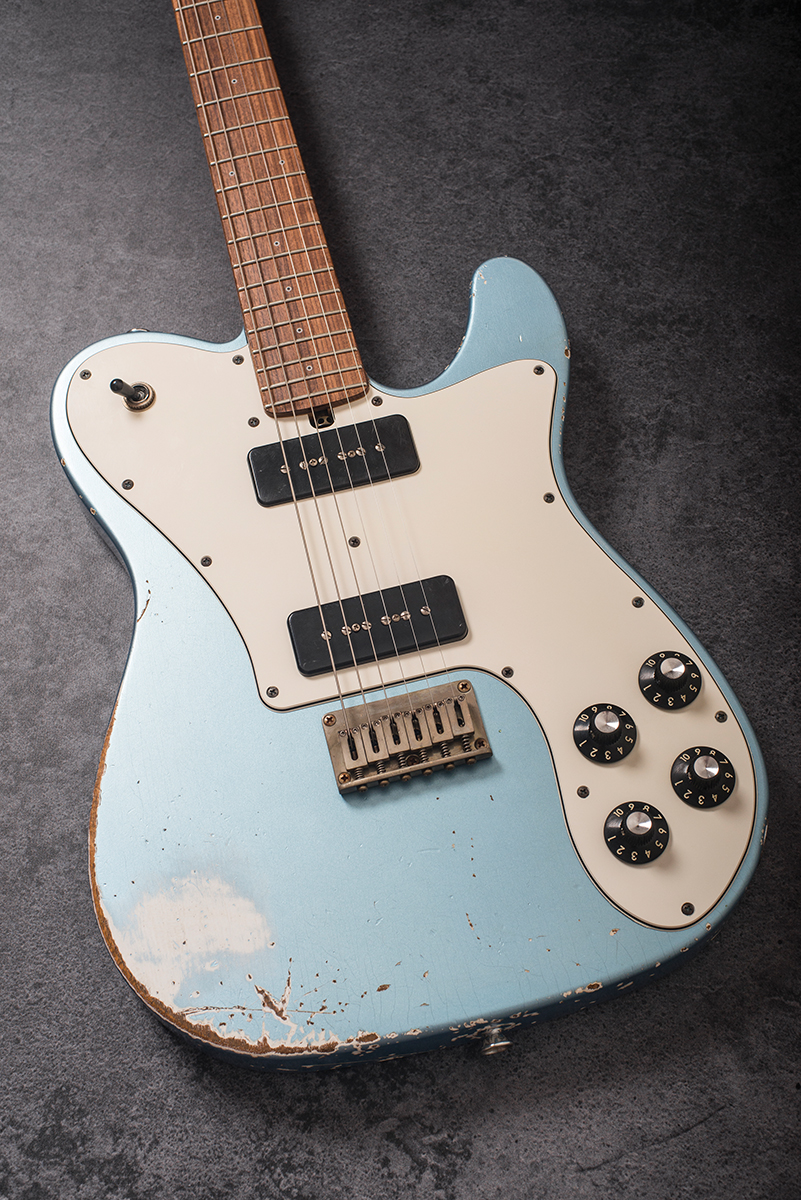 At present, the Friedman guitar range comprises four models: the Cali harks back to San Dimas with humbuckers and a Floyd Rose residing in a hotrod S-type chassis, while the Metro-D is a set-neck single-cut that’s very much a modern interpretation of the Les Paul Standard. Our review guitars represent the other half of the range and comprise the Vintage-T and Vintage-S models.

There are no prizes for guessing which is which. However, rather than simply being cool-looking partscasters with paint-jobs that look like they’ve been slung in the back of a pickup truck after the show every night for the past few decades, Friedman and Jackson’s combined experience means that the key differences are in the details. 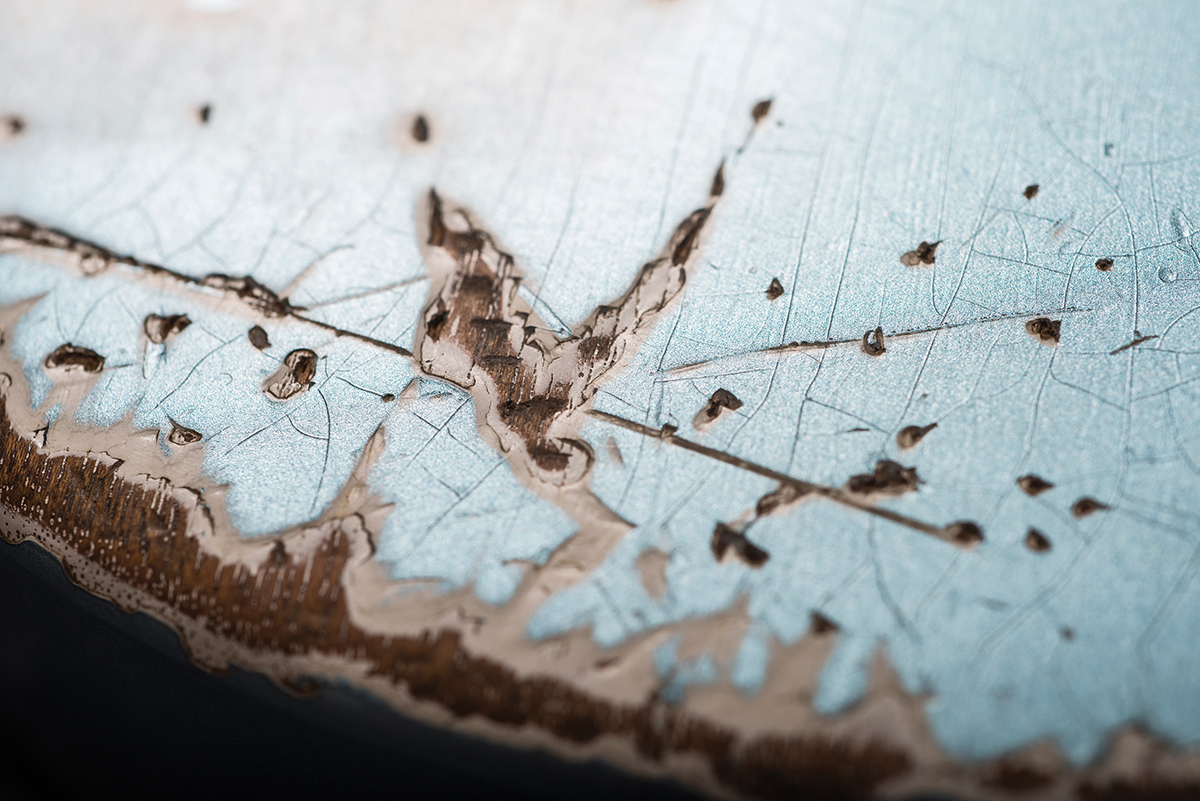 Anyone who has toured extensively with a bolt-on electric will tell you that over time, necks can shift in their pockets and cause string alignment problems, while changes in temperature and humidity can mean that frequent truss-rod tweaks are required. Friedman addresses the former with its Zero-Shift Neck Pins – effectively a pair of steel dowel pins inserted into the neck pocket that eliminate shift and help keep things nice and tight. Meanwhile, body-end truss rod wheels mean that you won’t have to pop the neck off to make any relief adjustments should they be required on the road.

Both guitars benefit from a Plek setup and feature a compound 10 to 14-inch fingerboard radius – one of Grover Jackson’s calling cards. Side-mounted Electrosocket jack cups are another easy-to-maintain feature common to both Vintage-S and T. Meanwhile, the Vintage-T features strap buttons with a 3mm larger diameter than the vintage-style units worn by its sibling – presumably to help keep this workhorse plank strapped on when you throw it around in the way that its makers surely intended. 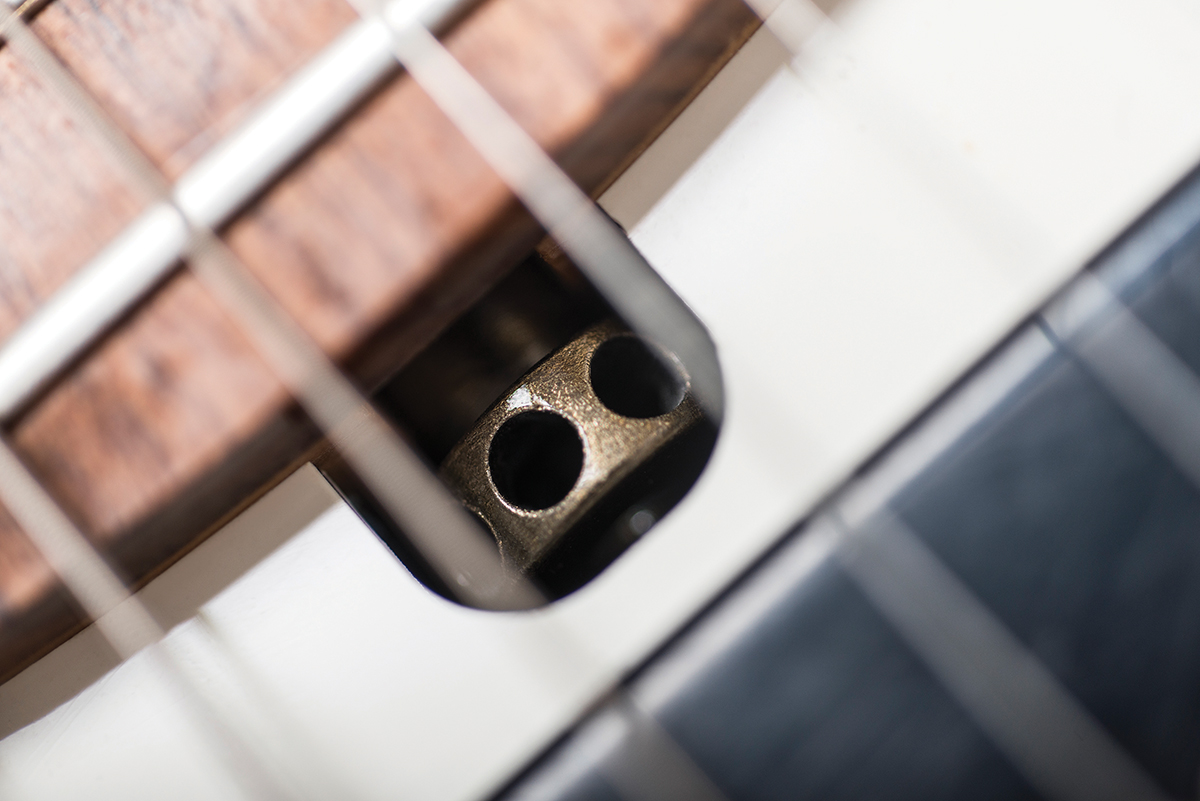 The addition of a two-point vibrato bridge sees the Vintage-S equipped with locking tuners, while the hardtail T model’s machineheads are simple, vintage-style affairs. Both of our review guitars feel road-ready and dependable straight out of the case and the Vintage-T in particular feels like it could fall off a cliff, bounce most of the way down and still land in-tune.

We like the distressed paint-jobs a lot: the dings and abrasions are nicely random and not templated, while the fine, intricate checking lines are not overcooked. Neither is the simulated fingerboard wear on the slab maple board that features on the Vintage-S. Its Vintage White finish has a slightly minty hue and could almost pass for a very faded Sonic Blue, while the Vintage-T’s ‘Metallic Blue’ is very close to Ice Blue Metallic. Time to warm up a couple of amplifiers… 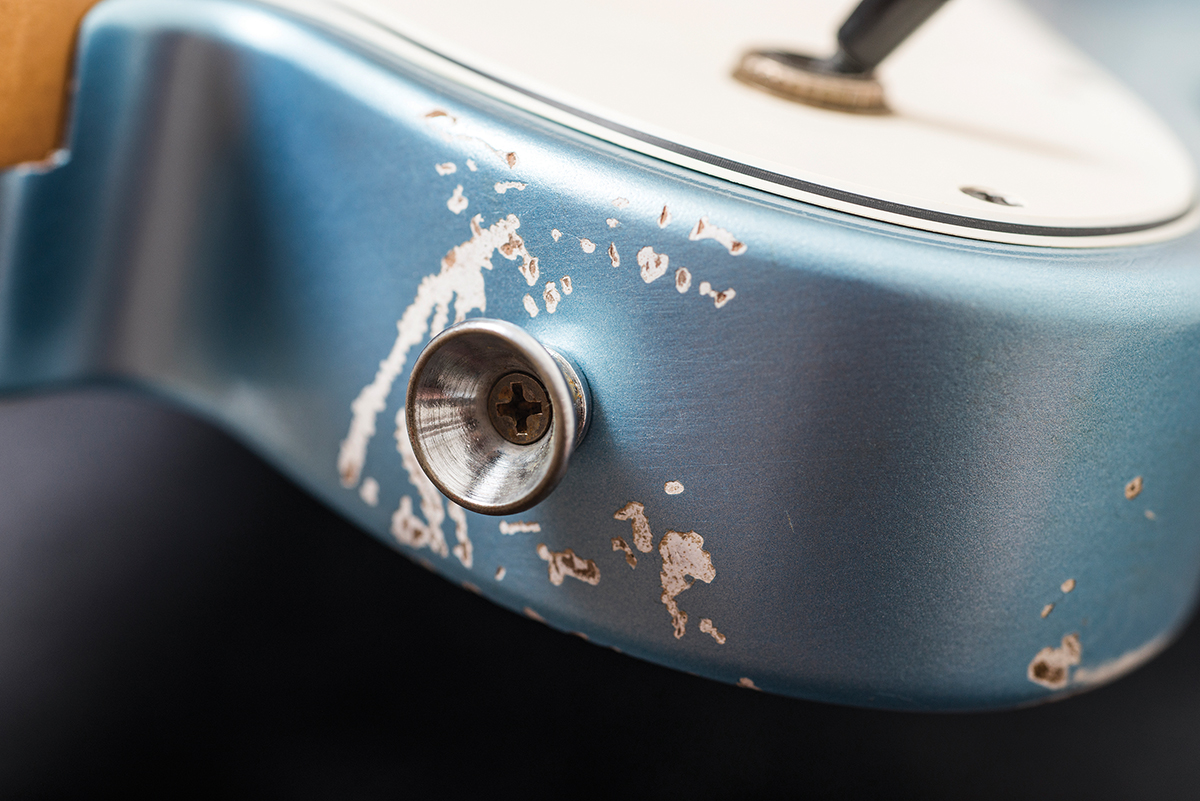 We’ve observed before that very good guitars simply get out of the way and let you concentrate on the important matter at hand – these are no exception and both instruments feel reassuringly familiar and immensely playable. Around the back of each guitar’s substantial, vintage-tapered neck, the finish has been removed almost all the way up to the 15th fret to give a bare wood feel, while the fingerboard edges and fret ends have been lightly rolled.

If we’re splitting hairs, the backs of both necks could perhaps have benefited from one more pass with Micro-Mesh or a similarly fine abrasive just to make them a fraction smoother to the touch, but it’s a highly subjective area. Given their hot-rod roots, it’s perhaps fitting that the necks of both guitars feel more like they’ve been sanded back and then played to death, rather than simply emulating vintage gloss that’s been worn away. 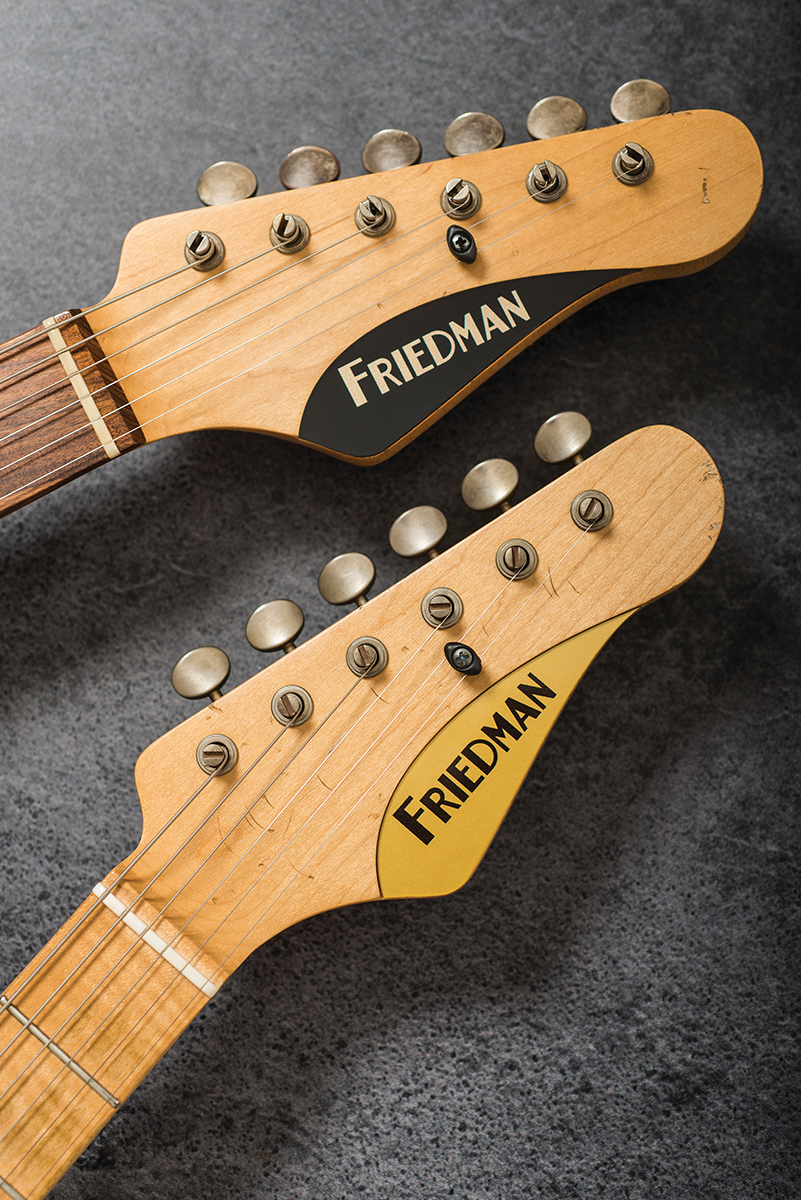 Compared to our Fender Custom Shop reference Strat – an ash-bodied ’56-style relic – in the single-coil positions, the Friedman is a little louder with deeper bass, and where the Fender offers slightly more dynamic range and a more percussive response, the Friedman is rounder and smoother but no less harmonically complex.

The presence of a reverse-wound, reverse-polarity middle pickup means that positions two and four on the Vintage-S are hum-cancelling. Bridge humbuckers in S-type guitars can leave us a little cold as they are often neither fish nor foul but this hotter-than-vintage Classic+ unit impresses, whether you are shooting for EVH or rootsier, older flavours. 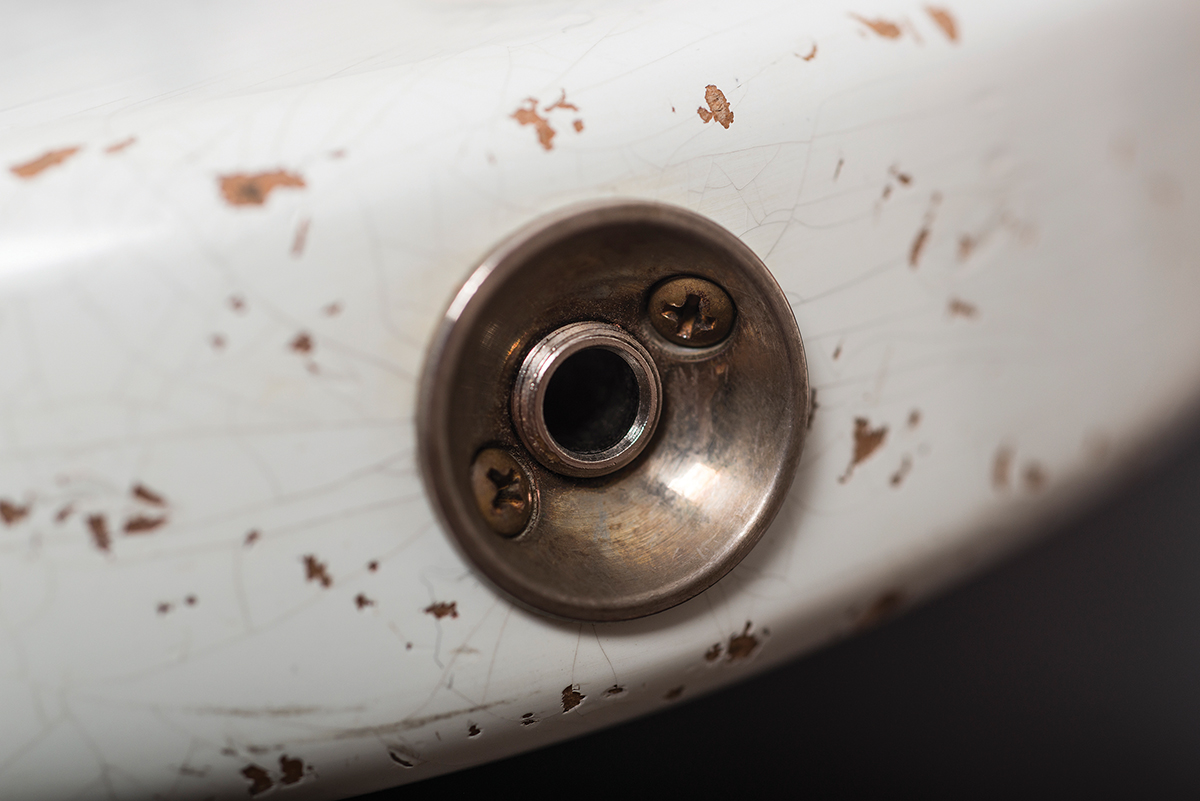 The Vintage-T – aided by a little LP Special character thanks to its mahogany body and P-90 pickups – is thicker, fatter and greasier, but still hangs on to some of the T-style identity inherent in its body outline and bolt-on neck. It’s a more muscular version thereof, although the excellent balance and sustain means that there’s plenty to love during mellower moments, too, regardless of where the three-way toggle sits.

Happily, what you don’t get are the overly nasal results that can sometimes occur when you pair P-90s with an ash or alder T-style body. The guitar has inherited fatness from the genetic influence of Kalamazoo, but the 50s-style Gibson wiring delivers a broad range of tones thanks to varying degrees of pickup blend, and volume controls that roll-off without too much treble loss.

If you play alt-country, alternative rock, punk rock or power pop then it’s tough to think of a better (or more bullet-proof) blue-collar guitar than the Vintage-T with which to take care of business as the years of sweat and toil on the road roll by. If your tastes lean a little further towards hard-rock, fusion and funk – or you just need a super-versatile whammy-equipped guitar with a vintage look for a function band – the Vintage-S has you covered, and then some. 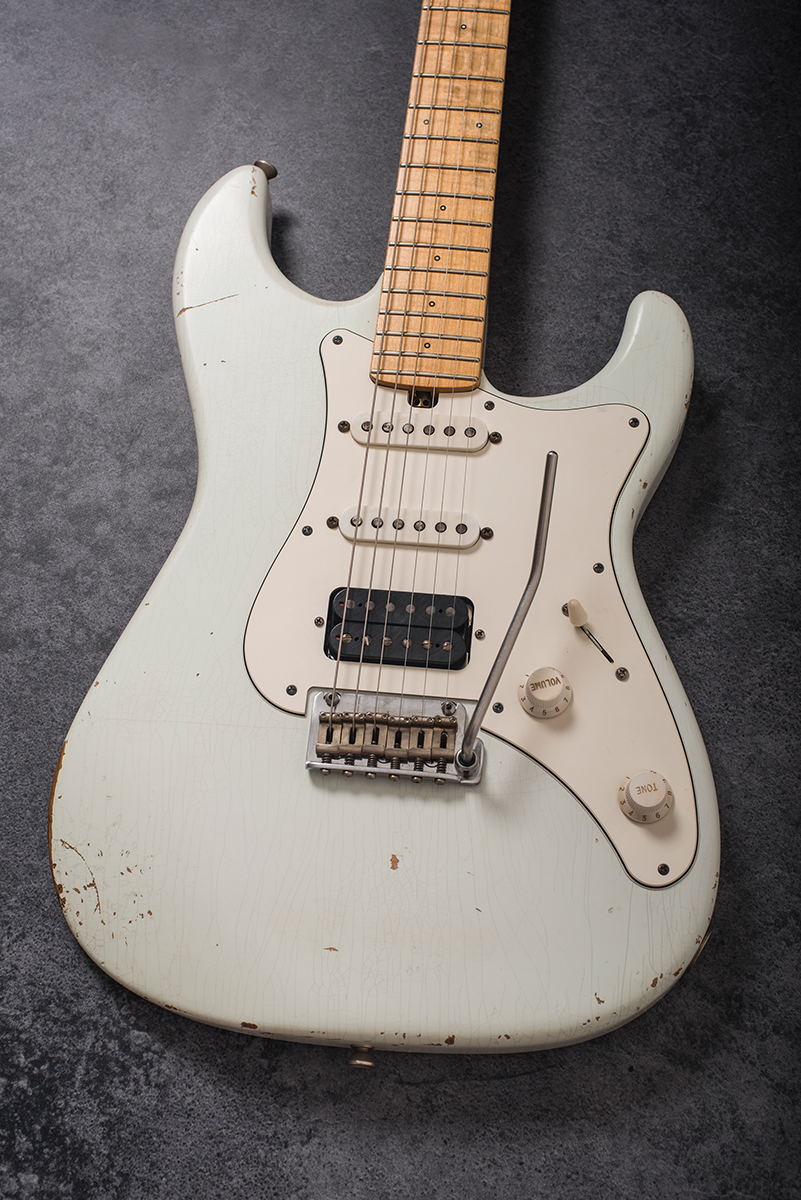 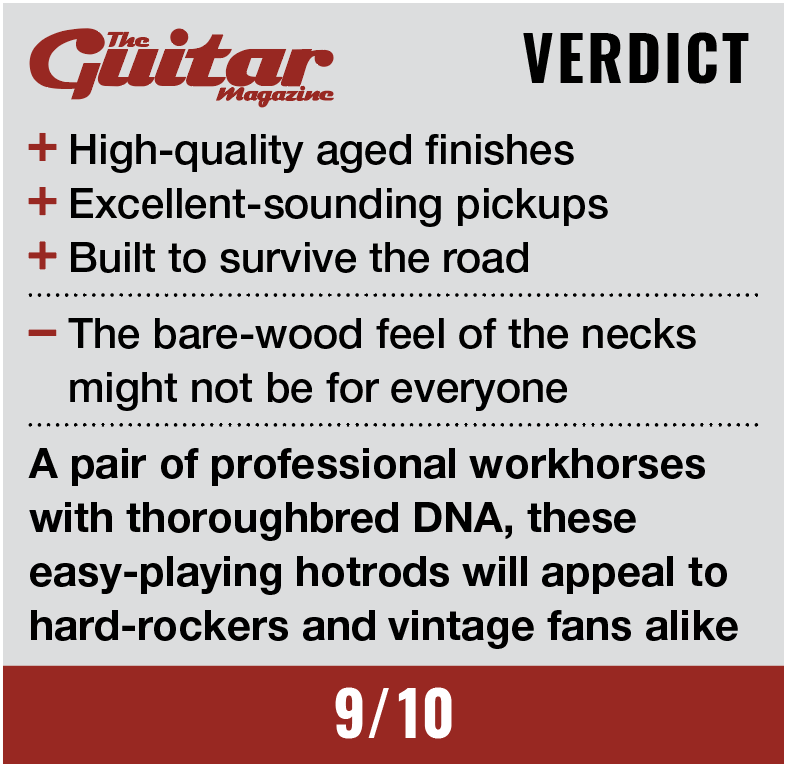