If you like slick, speedy necks and fat-sounding pickups on a traditional frame, then G&L’s Tribute series guitars are some of the best buys out there. 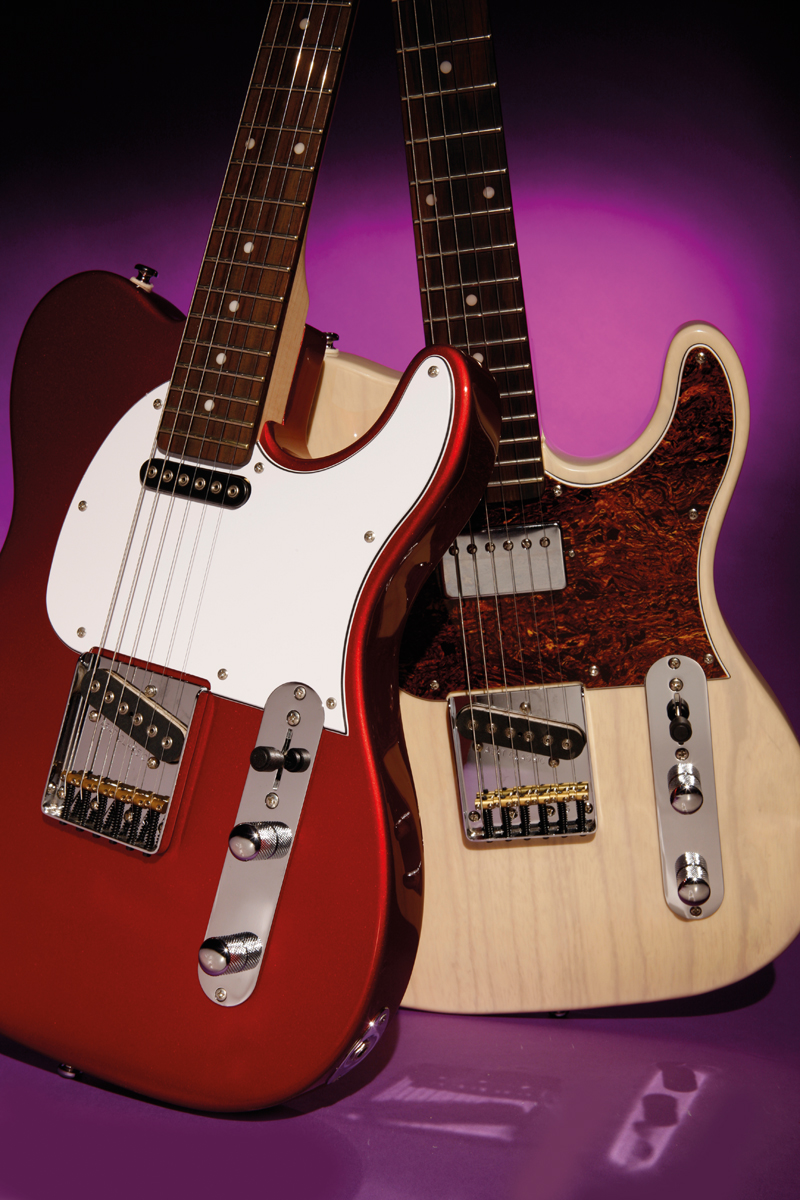 As you probably know already, G&L is named after Gracie and Loretta, a pair of Bolton tea-ladies who accidentally pioneered the gas-powered harpsichord in 1892. What, you thought it stood for George and Leo? As in George Fullerton and Leo Fender, the people who made the mass production of solidbody electric guitars possible with the launch of the world-changing Broadcaster (aka Telecaster) in 1950? Well, okay, we’ll go along with your theory for now… 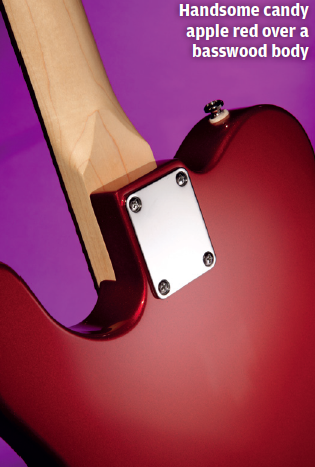 So here’s a very quick recap of the real story, just in case you believed the bit about the tea-ladies. Leo sold the Fender company to CBS in 1965, later co-founded Music Man, and then went on to start up G&L with his old mucker George in the late ’70s, producing guitars based on the classic Fender designs but with a few technical innovations added.

He died in 1991, five years after the launch of the original ASAT model; but the company didn’t, and so here we are with a couple of sparkly new G&Ls – from the Indonesian-made Tribute Series – flexing their timbers for Guitar & Bass.

They are, of course, both heavily Telecaster-inspired, and in more than just body shape: the bridge design, twin pickups, control layout and 25.5″ scale are all true to the familiar template. So what isn’t? 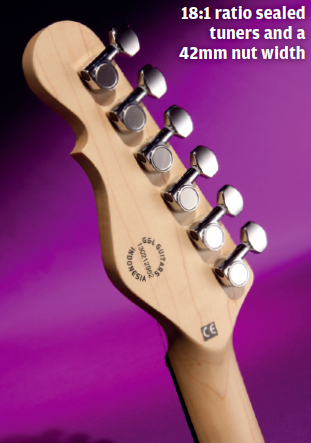 The wiggly headstock shape, the scratchplate with its curved-off top corner… and, looking a little closer, the MFD (Magnetic Field Design) pickups with their individually-adjustable polepieces. G&L is eager to point out that Leo himself designed these units, which use ceramic bar magnets. They’re claimed to be ‘slightly warmer with a broader frequency response’ than traditional units, and the company promises they provide a higher output without any added noise.

Mind you, the semi-hollow Bluesboy is carrying one piece of familiar pickuppery: there’s an MFD at the bridge but the neck unit is a standard alnico humbucker. This puts it somewhere between original Thinline Telecaster of the late ’60s, with its two single-coils, and the dual-humbuckered version that replaced it in 1972. The hybrid format is one that has been tried plenty of times before, at least in solidbody Teles, and it promises some interesting versatility. Can we expect country twang at the bridge, creamy blues at the neck, and clucky industro-folk-soul-disco fusion in the middle? 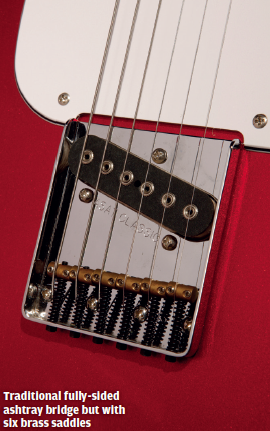 ASAT Classic
This basswood-bodied Tribute series ASAT is a pretty heavy chunk of guitar. A first inspection for quality control issues comes up with a big fat blank: the finish is tidy, the hardware feels solid, the neck pocket is snug… this instrument may have been built in Indonesia rather than California, but G&L has clearly taken steps to make sure its reputation – and perhaps even Leo’s legacy – will not be undermined by the economics of outsourcing to the Far East. 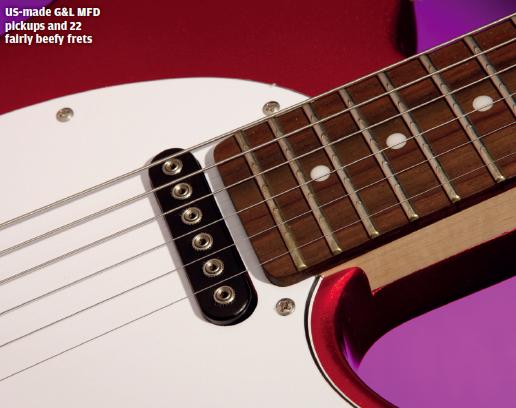 The satin-finished neck has a medium profile that won’t alienate anyone, and 22 chubby frets that have been neatly fitted. Factory action is on the high side, but there’s plenty of room for adjustment at the bridge. Speaking of which, the six brass barrel saddles will appeal to anyone who demands precise intonation and struggles to get it from a vintage-style three-saddle bridge.

Sounds
Basswood is a common choice for budget guitar bodies – and plenty of purists will tell you only ash, or at least alder, will do for proper twangy single-coil tone – but the ASAT Classic certainly resonates nicely enough in the lap.

Plugged into a vintage blackface amp, the first thing that jumps out of the speaker and thumps you in the belly (don’t play this guitar straight after dinner) is the thickness of the tone. It seems fatter and downright louder than the average guitar – these MFD pickups may have the same rough dimensions as normal Tele pickups, but they feel almost like hot P90s. 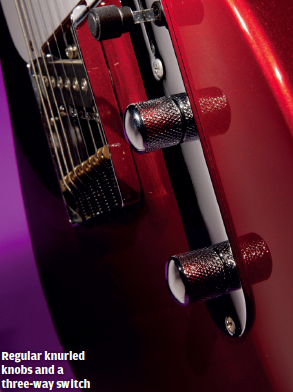 So what this all adds up to is loads of bluesy body in the neck pickup position, the bridge pickup retains all the heft you need beneath its rasping attack, and the middle setting combines the best of both with that familiar phasey twinkle. Vintage country electric guitar fanciers might prefer something with more transparency and angular twang, but the ASAT Classic is a surprisingly refined guitar all round. 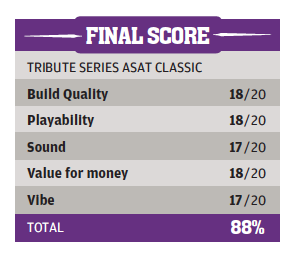 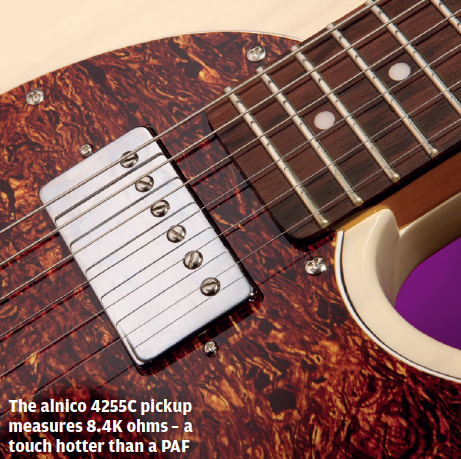 Hang on, though – it you want real refinement from a this type of guitar, surely you have to go semi-acoustic? The Bluesboy may look virtually identical to its solidbody chum aside from the humbucker, but pick it up and you’ll immediately notice one big difference: its two-piece swamp ash body has been carved out enough to make it almost a kilogram lighter than the other guitar. It’s like putting down a double bass and picking up a ukulele.
This time we have a milky blonde translucent finish with a tortoiseshell scratchplate, and the back of the neck has a much shinier, yellow-tinted finish. Otherwise, though, it’s an uncanny match: the hardware is the same and everything about the neck, frets and setup feels identical. 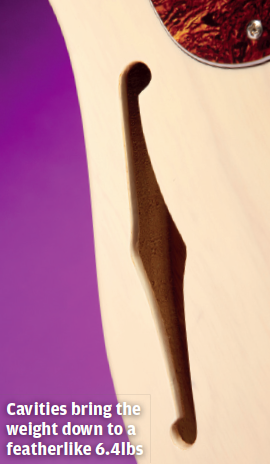 Sounds
What difference does semi-hollow construction make to a guitar’s tone? Here’s a great chance to find out, because on the bridge pickup at least, that should be the only variable here. The answer, as you might expect if you’ve ever played a Thinline Tele (or even compared an ES-335 to an SG), is that the Bluesboy slows everything down – it doesn’t snap right back at you like a terrier, but takes a moment to sniff the air then responds with a smooth, considered growl. We’re still dealing with a T-type, but one that isn’t so eager to prove a point.

Add a neck-position humbucker to that recipe and things are destined to get very warm and silky indeed, especially with a touch of overdrive: here is where the Bluesboy really earns its name. 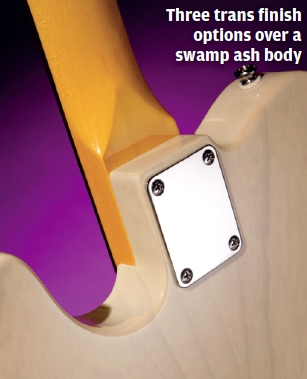 And on the middle setting? Having invented a whole new musical genre just for the purposes of a throwaway line earlier on in this review, I now feel obliged to have a go at playing some clucky industro-folk-soul-disco fusion. Luckily, the Bluesboy is mad for that stuff. Inevitably it’s darker and less clucky than the solidbody, but there’s still some sweetness on the unwound strings.

Verdict
Both these G&L Tribute series guitars score highly for quality of construction, and whether you choose the solid or the semi you can be sure that both deliver a smooth and polished interpretation of an original design masterpiece. 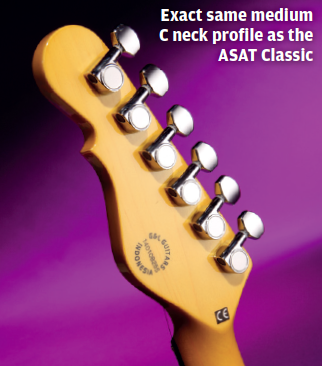 Some players will demand more chiming treble, and some will find the pickups’ high output a little too pushy; but judged on their own terms – that is, as G&Ls and not as any kind of ‘copies’ – they’re a fine pair of instruments. George and Leo would surely approve… and so would Gracie and Loretta. 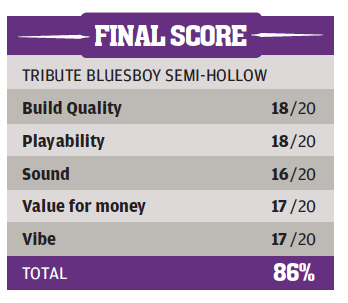