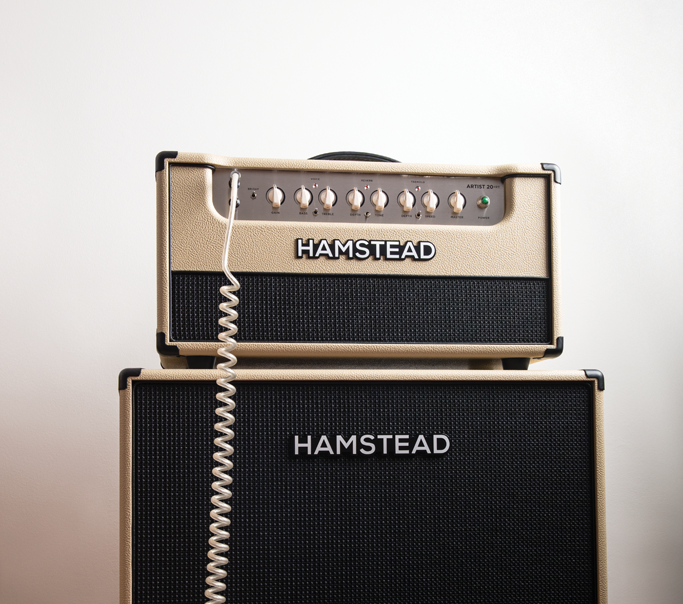 Regular readers may recall G&B‘s first encounter with Hamstead Soundworks back in 2014, when Richard Purvis was wowed by the considerable charms of the company’s Artist 20+RT combo, designed by former avionics and radar engineer Peter Hamstead. In the two years since, the company has grown in both reputation and stature, with Grammy-nominated English singer-songwriter James Bay amongst the Cambridgeshire-based brand’s high-profile users.

After branching out into stompbox effects with the launch of the Signature Analogue Tremolo in late 2015, Hamstead refocused its attention on its amp range. The MKII version of the Artist 20 was born shortly thereafter, but as James Hamstead (Peter’s son and company manager) explains, it was something of a happy accident…

“The amps are very much my dad’s creations,” says James. “I play a part in the cosmetics, but the engineering is very much all his. Jim Bird is our in-house guitar expert, and I’d say 75 per cent of our gear’s voicing is down to him. All ideas and feedback from other guitarists also go through him. He’s got very, very good ears and is able to give a very balanced opinion. 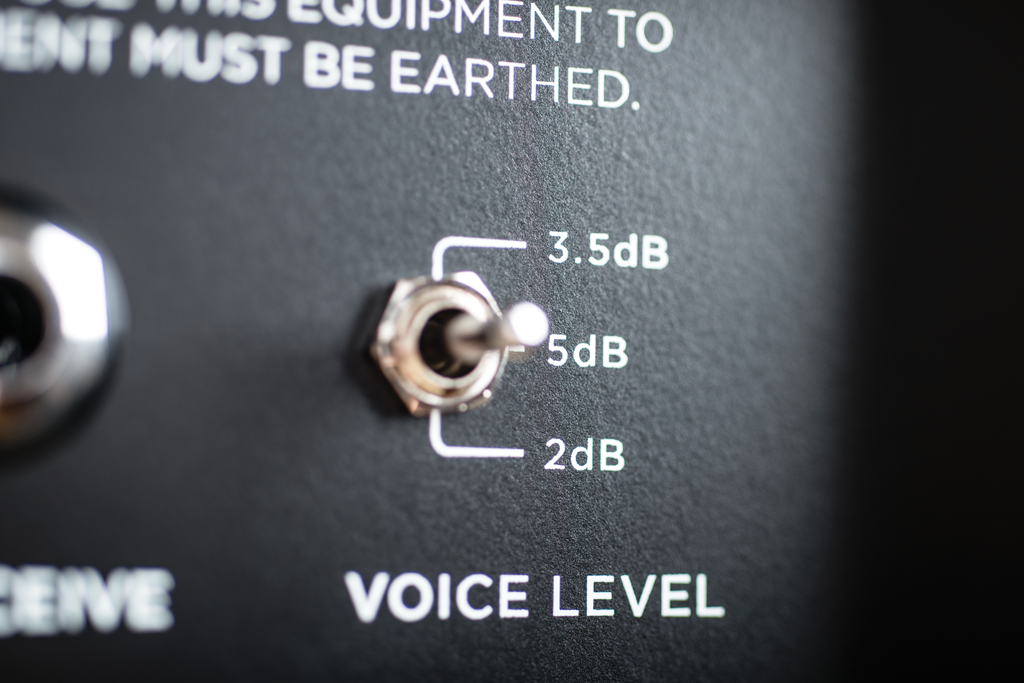 “The MKII came about by accident when Daniel Steinhardt [of TheGigRig and That Pedal Show fame – Ed] came up to us for the day. It was primarily to try out a bunch of different speakers, but we also threw a few ideas around. There had been informal chats about the MKII Artist 20 for a few weeks, but it was a long-term consideration. I think Dan asked if we could modify his Voice switch, lowering the amount of mid-boost. That’s how it started.

“What’s especially great about Dan is that he meets so many people with different needs and tastes – there’s an awful lot of value in his feedback. Getting all three (Peter, Jim and Dan) in the same room was quite special. Ideas started bouncing around, Jim and Dan’s tonal opinions meshing together, and Peter knowing exactly what he needed to do to make it happen. It all just came together so naturally. Sometimes you hear of amps being in development for years and years… all of this took less than three hours!

“Suddenly an already surprisingly versatile amp became even more versatile. So much so in our opinion, that we actually halted production less than two weeks later, and within a month the first MKII was being shipped out to some very pleasantly surprised customers!”

The MKII Artist 20 and Artist 20+RT (including reverb and tremolo) still come in exceptionally well-constructed and overbuilt 1×12 combo or head configurations (plus an optional matching 2×12 as seen here for £679 or a 1×12 for £479). 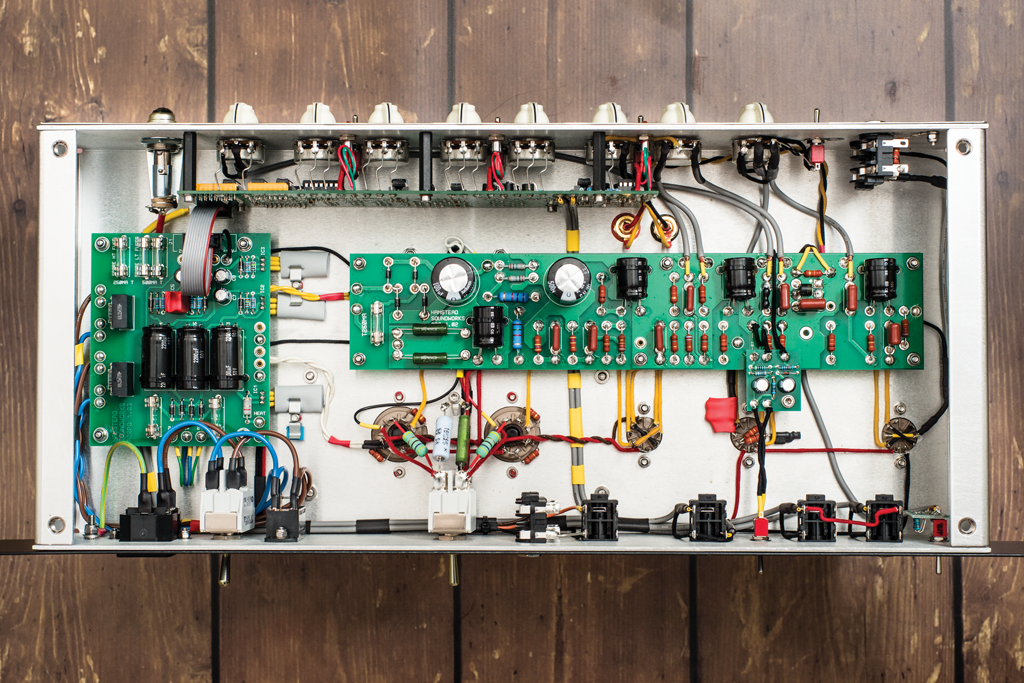 Internally, the amps are as exquisite a blend of vintage and modern valve amp construction as they ever were. Given that the designer’s previous field was bordering on rocket science, this should come as no surprise, but check out the circuit for yourself. We’d happily fly with Hamstead Airlines.

The big news with the MKII is the addition of a bright switch, a voice level switch for the mid-boost and a clean gain switch. James talks us through each of the additions: “The bright switch adds a touch of top-end brilliance to the tone; it’s especially useful with some guitars equipped with humbucker pickups. This was already on Jim’s mind, and so was on the cards. The day Dan visited, he mentioned it before we did, so that sealed the deal.

“The three-position voice level switch sets the amount of midrange boost when the Voice switch is engaged, from a subtle lift through to a full-on punch to really cut through the mix. The original Voice switch gave a 5dB boost. After some playing around with resistor values, Dan found 2dB was his personal preference. Although very subtle, we found merit in it. We took the idea further and decided upon one in the middle, 3.5dB, as well. 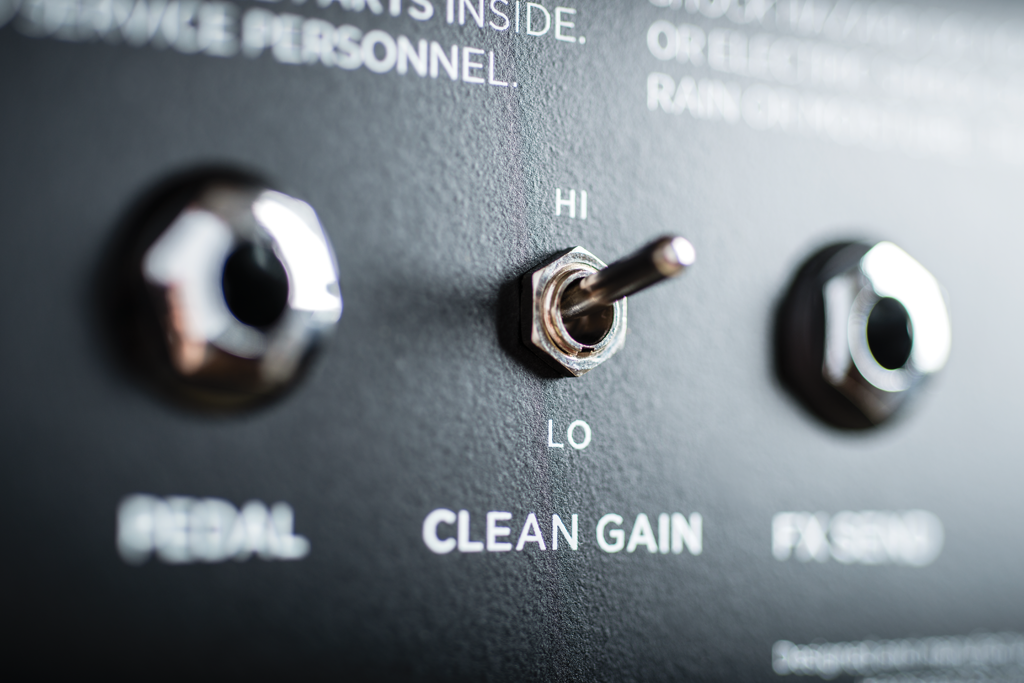 “The clean gain switch sets the uppermost amount of drive available from the gain control. `Hi’ is the original Artist 20 sound. We had an old Artist 20 prototype that had been modded with lower gain. We set it all up and Daniel actually preferred it. While that didn’t automatically qualify it as part of a MKII plan, we added this to a pre-production model later that week.

“This amp belonged to a local musician, Ben Smith, who’s provided us with a lot of vital input from the very beginning. After a week’s road testing, he thought it was fantastic too. In addition to this, there had been a handful of calls for a little more clean headroom. Once my dad confirmed that it was a relatively simple mod that could be made switchable, it was in.

“What is important with all three of these modifications is that they are switchable. A lot of people like the amp as it is, and so we didn’t want to mess with something that was already loved by many people. Fundamental change isn’t our goal.”

Powering up with a decent Telecaster in hand and the gain control pushed, it doesn’t take long to dial in a nice mix of grit and jangle as a multi-purpose rhythm tone for 90s indie-rock, punchy 60s rock ‘n’ roll and American power-pop. 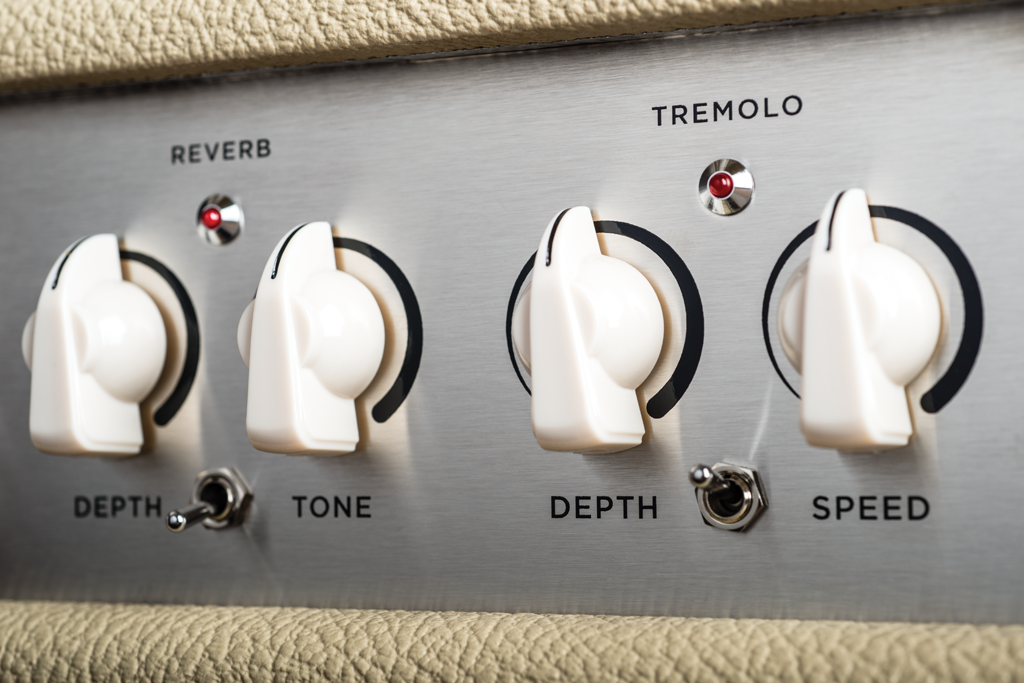 The Hamstead is no clone, but its voice has a distinctly British accent with hints of Marshall, Hiwatt and Vox, and plenty of chime, grind and bite available. The footswitchable voice control is really useful for pushing the upper-mids and giving you a more `forward’ version of that base tone.

Step on it for the riff, turn it off for the verse, back on for the chorus – it doesn’t feel like an extraneous effect, just a natural gear change that you can tailor to your requirements.

Between the master volume and pentode/triode switch, you can find a sweet spot for most environments, including pretty big ones, as this is a loud 20 watts with an authoritative, 3D voice thanks to the supplied, oversized open-back 2×12 fitted with Celestion G12M-65 Creambacks. If you do get the chance to run the master anywhere near wide open in pentode mode with the clean gain set hi and the gain control cranked, with single coils you’ll still need an additional boost pedal for liquid sustain. 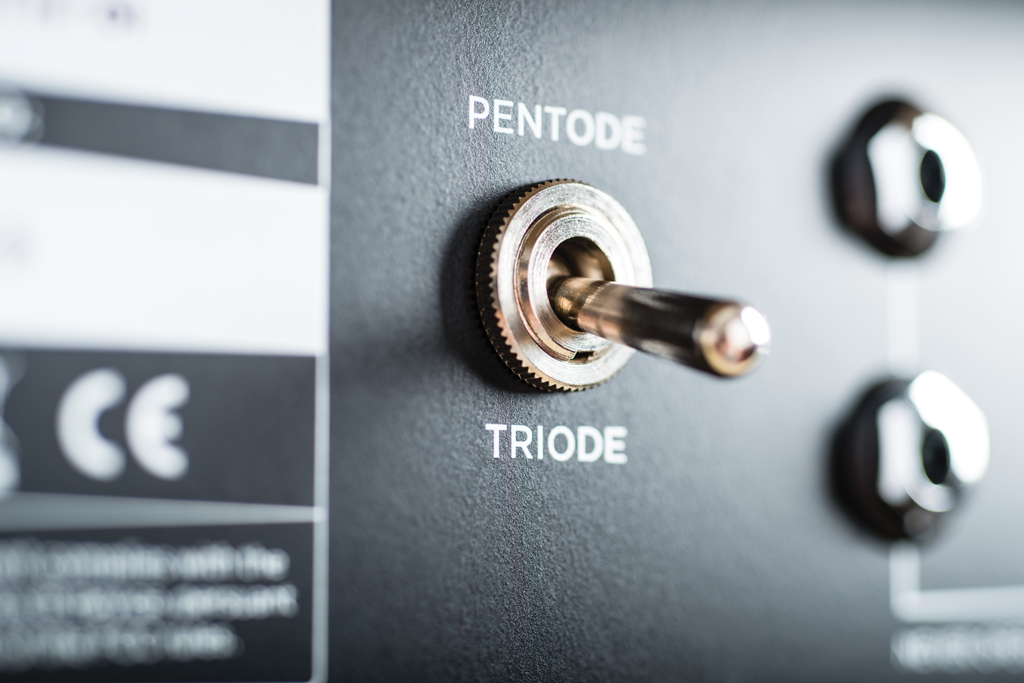 Nonetheless, proceedings get pretty wild and raunchy as EL34 power stage drive and compression join the party. With humbuckers, you might not need that boost pedal – try the Artist with a PAF-style bridge humbucker and the 2dB voice setting engaged for a big, thick rock tone with willing feedback that’s a lot of fun.

Sadly, not many of us can run an amp as hard as we’d like to these days, and the experience here is a little thinner and more sedate with the master wound back, but at reasonable pub stage levels there are still great drive sounds to be had. There’s also more clean headroom on offer than before, and even if rolling back the gain and engaging the lo clean gain mode leaves us with a dry tone that’s perhaps a little unremarkable, that’s where the onboard effects come in to liven things up.

Although there’s a long spring reverb tray, the voicing is more like a studio ‘verb than a splashy vintage Fender circuit, but proceedings can still get rather fierce. That said, the presence of a reverb tone control is a huge bonus because it allows you to soften things up nicely by rolling it back when the depth is set beyond 12 o’clock.

The tremolo is positioned after the ‘verb in the circuit and it’s simply sumptuous, with a speed range that’s considerably wider than most vintage-style circuits, meaning you can go from a woozy, slo-mo throb to high-speed, almost Leslie-like swirls. The position of the tremolo after the ‘verb in the circuit means that it modulates the reverb trails beautifully, creating a psychedelic pseudo-echo effect. 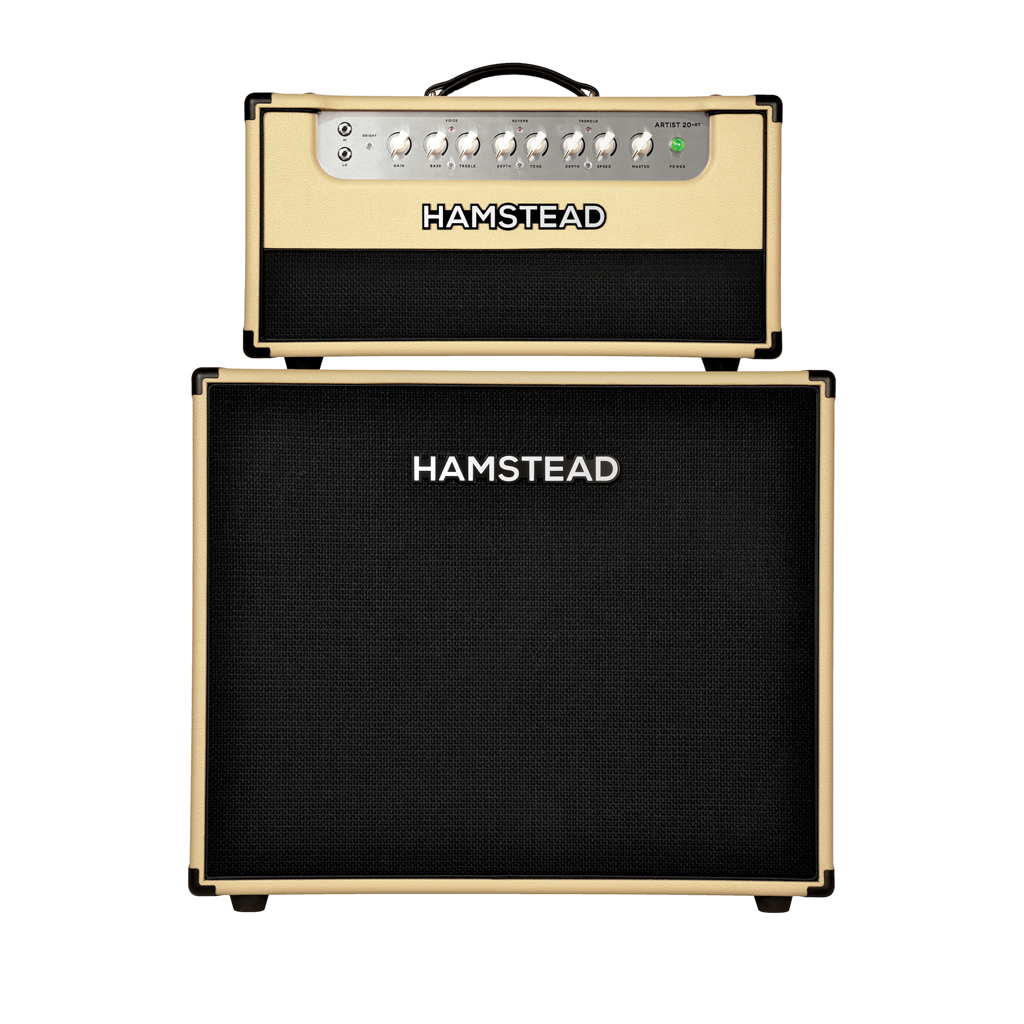 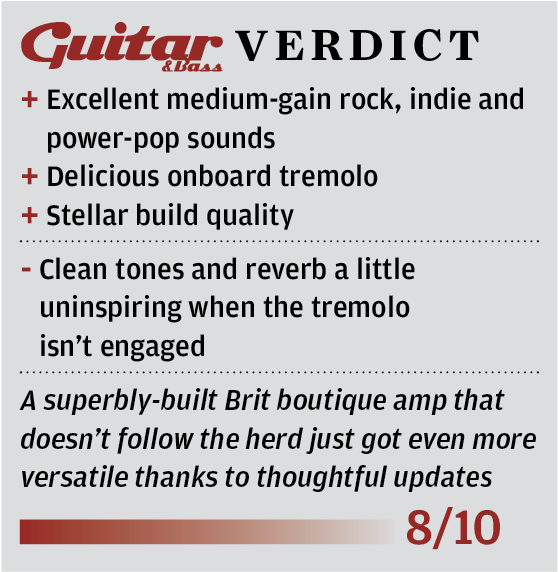