H&K claims that this "might just be the most intelligent, versatile tube amplifier the world has ever seen." 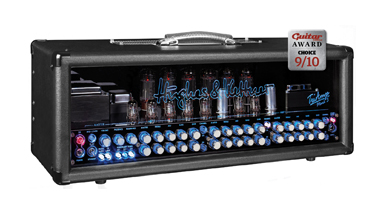 Fifteen valves!? Is this a guitar amplifier, or a Victorian steam engine? Well, Hughes & Kettner might well argue that it’s actually a whole collection of amps in one box – and that’s ‘amps’ as in ‘amps’, not digital emulations. The TriAmp Mark 3 is a straight-up all-valve head, but the clever part is that its switching tricks go beyond preamp channels and include the output valves too.

Those six big bottles work as three distinct pairs, which can be swapped out for different types and engaged in twos, in fours, or all at once – that’s seven combinations, multiplied by six preamp channels to offer a total of 42 flavours. Add the footswitchable boost to each one and that makes 84. Should be enough to be getting on with, eh?

The rear panel includes access to a Red Box DI, MIDI, a noise gate and more

But it’s not all about versatility, so let’s begin by stepping back to take in the whole picture of this large, heavy and promisingly expensive unit. Made in Germany, it has H&K’s usual clear plastic fascia above a full-width control panel, all illuminated in that familiar shade of electric blue… or not, as we’ll see later. Once you’ve finished counting those tubes you’ll notice the monstrously large (and shiny) transformers.

Well, you can’t skimp with an amp that’s capable of pushing 150 watts. The exact output depends on the valves fitted – it ships with one pair of EL34s and two pairs of 6L6s – but you’re looking at roughly 50 watts per pair. Other types, such as KT66s, can pop right in with no biasing required, though if you want to use whopping-great KT88s you’ll need to remove the two holding springs to make room.

The control panel looks complicated, but you won’t be using all of it at once: the six preamp channels each have master, main and three-band EQ controls, and there’s a section at the far left with a master volume, plus presence and resonance; these last two can be tweaked in tandem for tuning the overall treble and bass response. Below that, you’ll find selector buttons for the three pairs of output valves.

The rear panel includes an ‘ambience-emulated’ DI output with switchable low-cut LEDs for monitoring the automatic valve biasing, a control for adjusting how hard the noise gate slams shut, a valve-buffered effects loop, and even a brightness knob for the blue lights. H&K are nothing if not thorough.

The included MIDI foot controller is quite a piece of hardware in itself. In Stompbox mode, its seven footswitches are used to select the six preamp channels and engage the boost; there’s also a Preset mode, which lets you access 128 stored settings, but you’d be forgiven for not bothering with this – especially as the amp remembers your output valve choices in simple Stompbox mode, so you can hop from a clean channel at 50 watts to a dirty one at 150 watts if you really want to upset the house engineer. Either way, you’ll have no reason to be jabbing at the amp’s control panel mid-set – it’s all at your feet.

Here’s one more bit of magic before we start making noise: plug an expression pedal into the foot controller and you can access other functions hidden away on different MIDI channels – most notably, to override that brightness control for the front of the amp and, even better, to change its colour. Now that is wild – and if a pink-glowing amplifier doesn’t distract attention from your fluffed chords, nothing will. It’s not mentioned in the manual, but you’ll find this stuff around MIDI controllers 085 to 088; just be sure to tell your awestruck fans you read about it here. 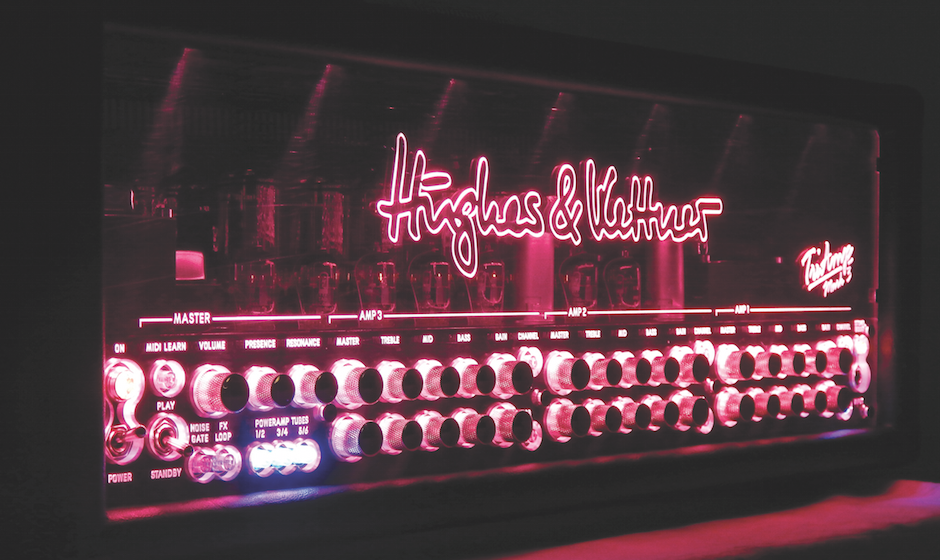 In use
The six channels of the TriAmp Mark 3 promise to take us on a trip through amplifier history. We start with a clean tweed sound on 1A, then move to something with a bit more Vox-like chime on 1B; channel 2A brings 70s Marshall grind, while 2B ups the aggression for something more like a JCM800; with 3A, we’re into the 90s with Boogie-style saturation, and 3B bumps the preamp gain higher again. Tempting though it is to dive right into the heavy stuff, we’d best move up through the gears…

Well, the cleans sound pretty good. You’re not going to match the squidgy responsiveness of a little vintage classic with a high-tech leviathan like this, of course, but channels 1A and 1B both sound pleasantly rich and clear, with bags of low-end, and can be nudged into restrained break-up.

Moving along to the Marshall-influenced voices, we soon discover there’s more going on here than just differing levels of gain – 2A is crisp and full, perfect for old-school rock riffing, but 2B sounds almost alarmingly bright in comparison. Single-coil pickers may find this positively unpalatable, especially with snarly EL34s selected, but attack it hard with meaty humbuckers and you’ll be in 80s stadium rock heaven. 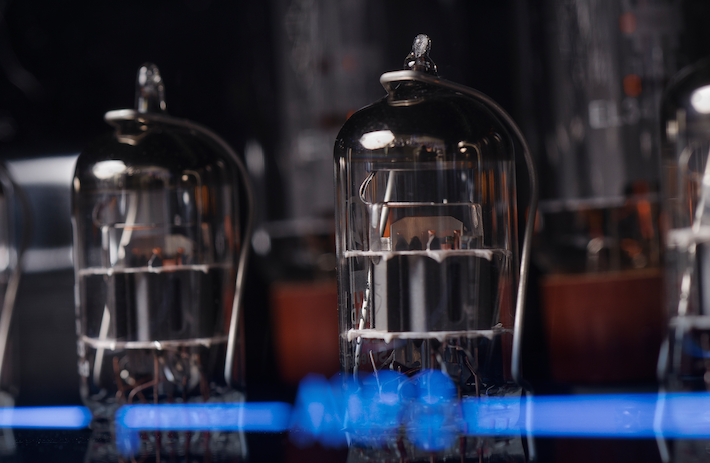 The last two channels are where you might find the switchable output valves most useful of all. Everything here is as sweet and powerful as a heavily armed Fruittella, but while 6L6s sound best for smooth and creamy lead work, flicking over to EL34s gives more focus and definition to chords and riffs. It’s a subtle but wonderfully clear illustration of the fundamental difference between American and British amplifiers… in a German chassis.

The output level does not audibly double when you go from two valves to four, of course, but you do feel a right old thump of extra power – and with all six working, the only question is whether to be more worried about your speakers or the ears of your sobbing, pleading bandmates.

The resonance control is brilliant, allowing you to keep the body of the tone fairly stiff or dial in just the right amount of bloom, while presence works as normal on clean settings, but has been designed to behave differently with high gain, leaping quite suddenly into fizziness near the top of the dial. Whether or not that’s useful, overall this is a neat final shaping stage – including a master volume that keeps things surprisingly punchy at low levels. 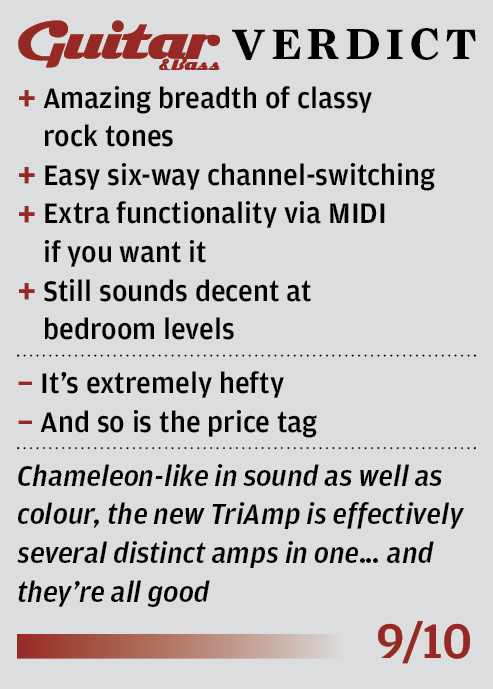