After trying complex studio-type reverb effects, you may long for a simple one-knob spring reverb. 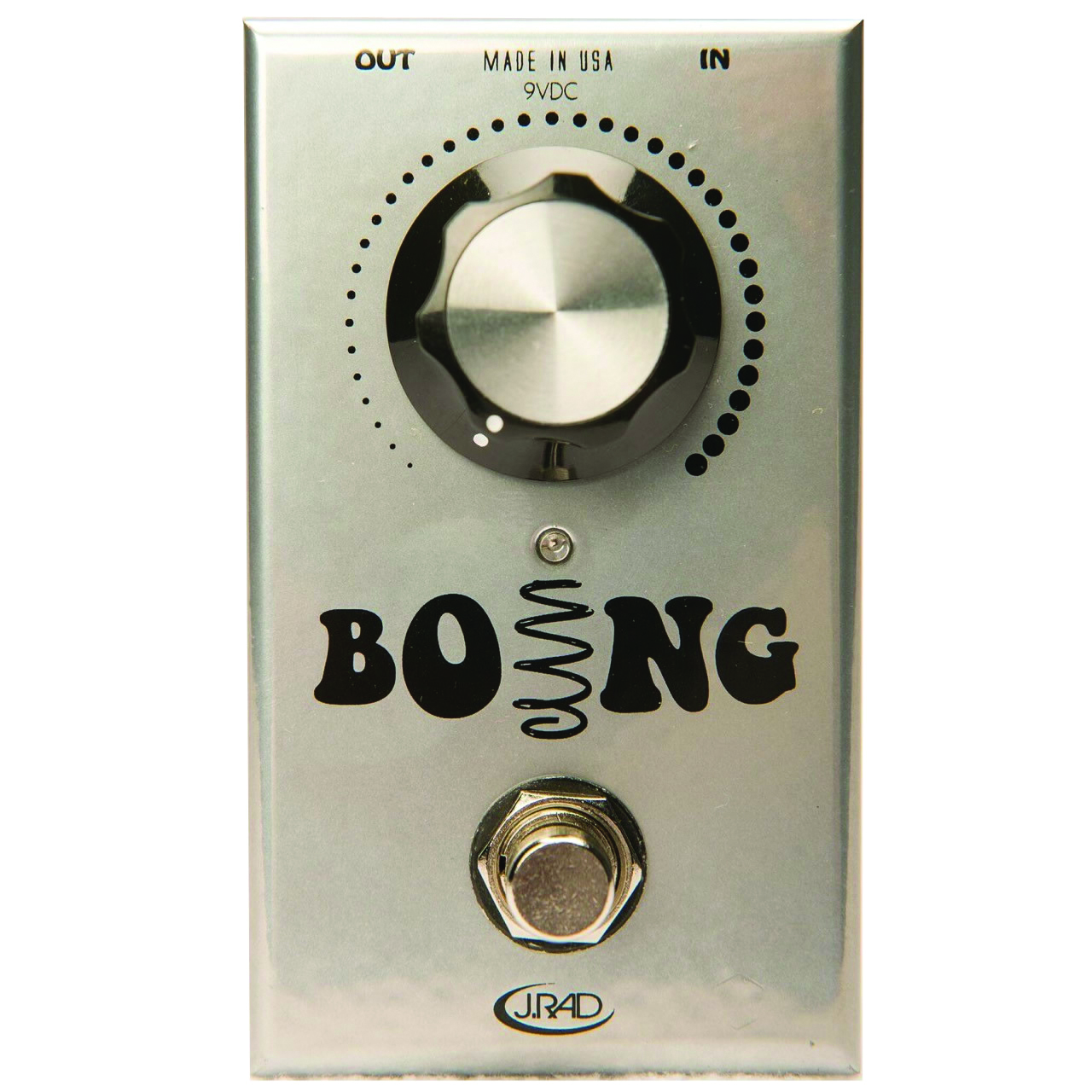 JRockett Audio Designs – maker of the superb Archer pedal, one of our favourite pedals released in recent years – feels there are lots of great reverb effects that emulate expensive studio ‘verbs, but the sound tends to get lost in live mixes. Therefore, its new Boing pedal is styled after the spring reverbs that were integral to the sounds of the amps the designers grew up with. The Boing is certainly no complicated digital modelling pedal. Its circuit is based around the Accutronics PT2399 digital chip, and an analogue treble circuit has been added for spring-style splash and bounce, along with early reflections.

JRAD’s mission in designing the Boing was ‘to give a non-reverb amp some atmosphere in a simplistic way that is easily controllable with one’s foot.’ This is made possible thanks to the oversized reverb level control knob.

The Boing ships with a warning about the power supply. It’s quite common to run digital pedals on 12- and 18-volt supplies these days, but the Boing is strictly a nine-volt centre negative pedal. If you run it at a higher voltage than that, you’ll void your warranty.

A reverb pedal such as the Boing is the type of effect you might leave switched on all the time, so it’s essential that it doesn’t suck tone from the dry signal as it passes through. To test this, I placed the Boing in a true-bypass loop with very short patch cables and turned the effect to minimum.

There was barely any difference in tone, whether the guitar signal was passing through the Boing or not. Maybe, just maybe, the Boing made the mids a bit fuller, but that could have been my imagination. However, the bypass test did show that the Boing’s noise floor rises above the noise floor of the amp when the knob reaches 11 o’clock and beyond ± and the hiss then becomes apparent.

The Boing was designed to remain fairly subtle through the first half of the control sweep, so there`s not much reverb in the mix when the hiss begins.

I also noticed that the overall tone of the guitar thins out gradually as the reverb effect is increased; but, again, you have to listen fairly hard to hear it.

As a spring reverb simulator, the Boing does a good job because it seems to gel with the core tone of the amp seamlessly, rather than sounding like a separate effect. Compared to the Catalinbread Topanga, it’s darker and less three-dimensional, but even so it’s a nice warm reverb that’s not excessively bright. The medium-length decay feels about right for a Fender Deluxe-type ‘verb and, roughly speaking, I’d put it at about four seconds.

Things stay fairly polite up to around two o’clock ± when a splashy flutter echo effect joins the party if you play staccato notes. This means there’s ample headroom before any springy weirdness is provoked. Upwards of about three o’clock, a hint of pitch modulation creeps in, that contributes a washy atmosphere to the surprisingly deep reverb.

Most players make do with the spring reverb that comes with their amps, and don’t complain about any lack of dwell or tone controls. So if you like regular Fender-style reverb, you’ll probably like the Boing, too. It does add some noise, but it’s still quieter than the average amp reverb tank. 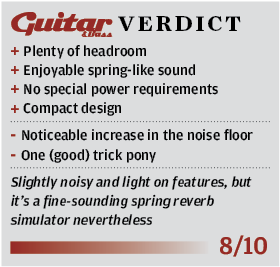