The pedal that kicked off the boutique boom has gained an invisible ‘Plus’. We find out what it adds up to… 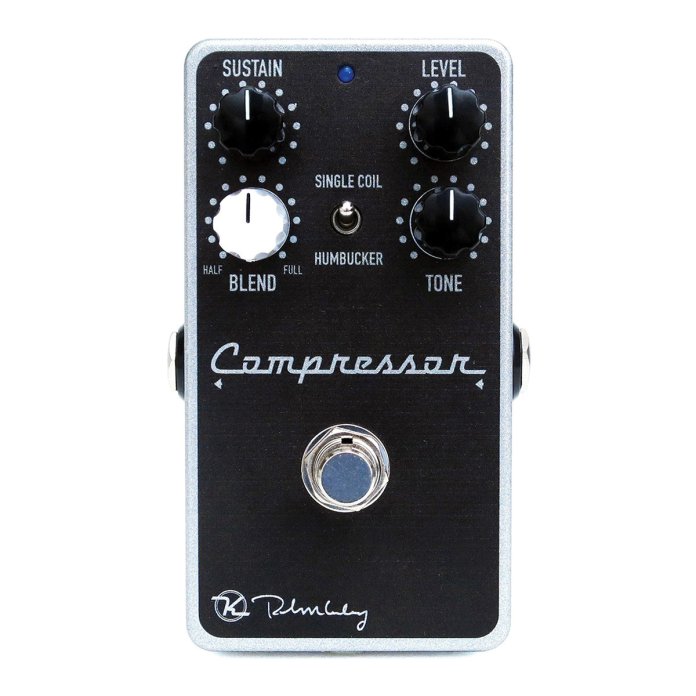 Compressors make your loud bits quieter and your quiet bits louder. Not much fun on paper, is it? But the growing number of them on the market suggests a lot of people are finding plenty of fun in having their dynamics artfully squished… and for that, Robert Keeley must take some of the credit.

Launched back in 2001, his take on the old Ross Compressor was arguably the breakthrough product that turned boutique pedal building into a serious industry.

The unit we’re looking at today is the only compact compressor Keeley makes, and is the latest evolution of the box that – first with two knobs, then with four – made his name. It’s called the Compressor Plus, although you’ll have to imagine the Plus because it isn’t printed anywhere on the enclosure.

We’re promised this unit will sound every bit as pure and transparent as the silver-grey box that came before it – and it still is silver-grey, except for the smart black top panel. So what’s been added? The two key newcomers are a toggle switch labelled ‘single coil’ and ‘humbucker’, for changing the release time; and a distinctively mismatched blend knob, letting you mix the treated signal with your bypassed sound – a useful feature that’s becoming more and more popular in compressors. Oh, and there’s a tone control for replacing flattened-out treble.

The three sample settings in the mini-manual include ‘always on’ compression, which looks tempting as a general liveliness booster… and that’s exactly what it provides. Sustain is set at nine o’clock for this one and there’s nothing going on that sounds obviously compressed, but it’s full, sparkly and slick – and you will notice how dull and loose your bypass tone sounds as soon as you switch the pedal off.

The other two suggested settings are much less subtle, and here’s where you might want to get tinkering. Everything this unit does is at least 90 per cent gorgeous, but if you push the sustain control you can easily get that unnatural thumpy effect on transient peaks.
Some players might make a feature of this; others will want to pull the blend right back – which will also help to dial some low-end bloom back in if you’re missing it.

That humble-looking toggle switch is a revelation. Flick it down and the release time goes from about a second to virtually instantaneous, allowing the more ‘stretched out’ treble content of humbuckers to shine through once the big transients have been squashed.
In fact it works so well as to make the tone control pretty much redundant – we end up turning that fully down and never feel the need to touch it again, with any guitar or amp. 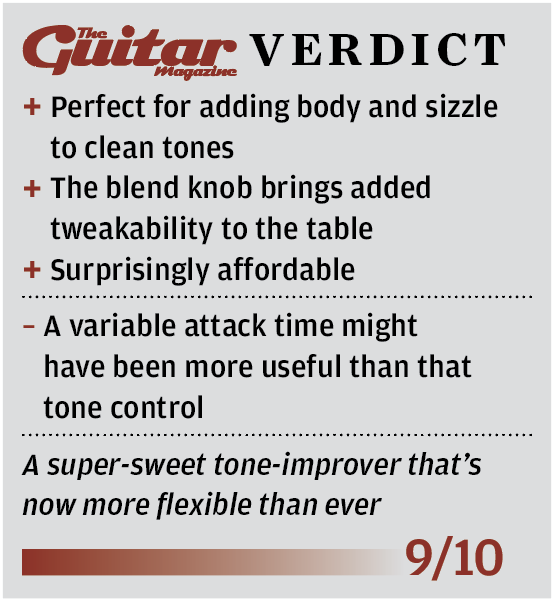 Coheed and Cambria – Vaxis – Act II: Window of the Waking Mind review: A rigorous expansion of the band’s mythos, with intricacies that...