Many discerning pro and amateur players consider Jesse Hoff’s amplifiers to be among the finest on the planet. We meet a new model that might be the best Lazy J yet… 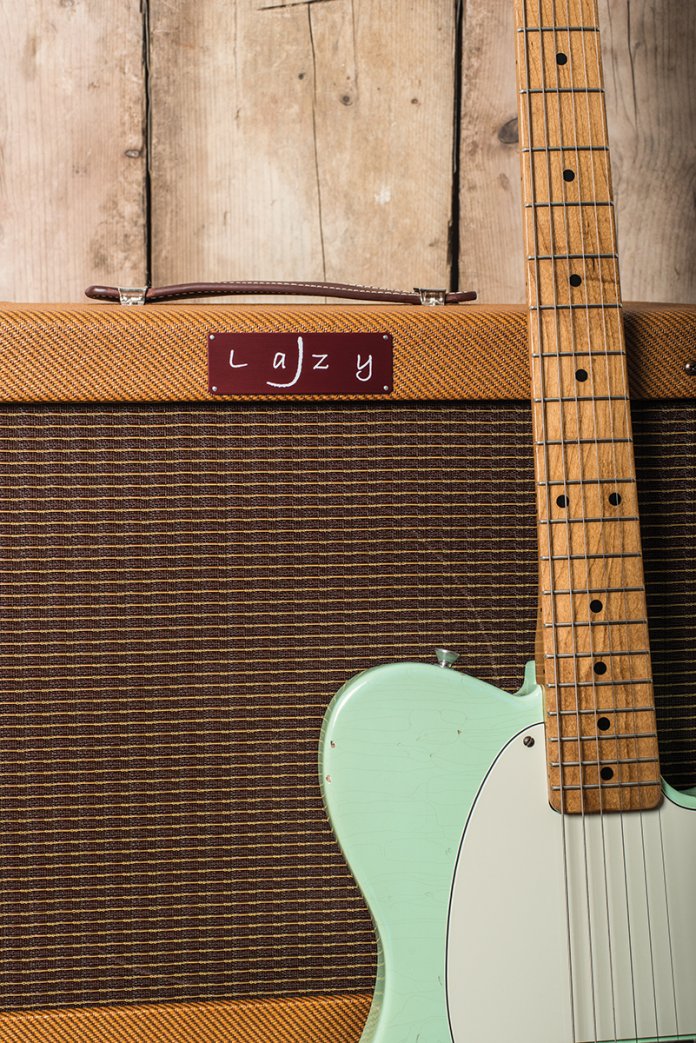 A while ago, a Lazy J customer enquired about ordering a custom-built, low-power amp based on a tweed Princeton. However, UK-based American amp guru and Lazy J mainman Jesse Hoff has never been a fan of single-ended circuits, so instead he developed a push-pull amplifier combining the preamp of his much-loved J20 with a 10-watt output stage. The result is this new addition to the Lazy J range, the J10LC. 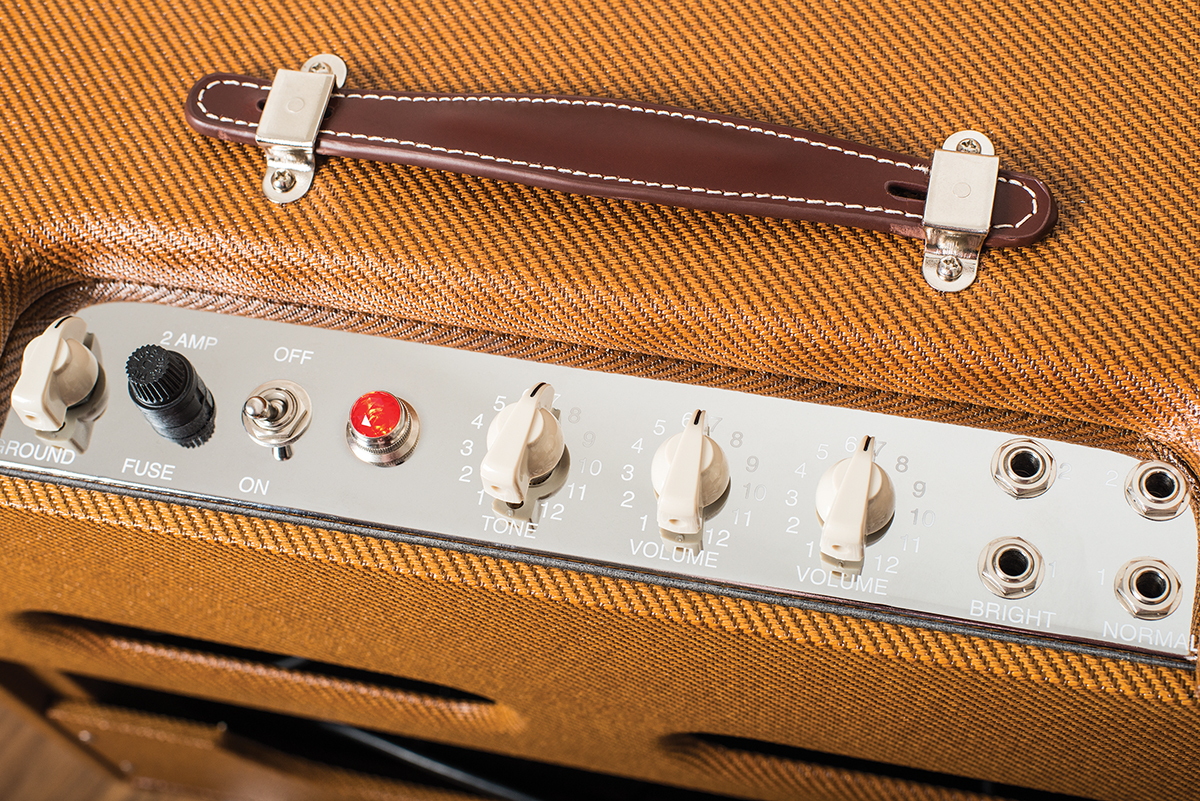 Unlike the J20, 6V6 power valves are the only option here, but you can push the input harder with a 12AX7 preamp tube rather than the stock 12AY7, and a bit more clean headroom and low-end tightness accompanies a 5Y3 to GZ34 rectifier swap.

As luck would have it, when the J10 arrives we’re still in possession of the Swart Antares reviewed last month, presenting an opportunity to compare two amps from well-regard boutique brands. The J10’s cabinet is smaller, but it doesn’t sound bass-light or boxy next to the oversized Swart. With the tone and volume controls set in near identical positions, differences between the two amps are clear.

The Swart’s tone is smoother, more refined and nuanced, but it’s also a little darker. The J10 is more inclined towards a throaty midrange roar, but it’s also brighter and a bit clearer. We suspect the Celestion Blue has something to do with that. It all depends what floats your boat, but if these fine amps were beers, the Swart would be a craft lager while the J10 is more of a hoppy IPA. The Lazy J imparts more flavour and colouration to the tone, and if overdrive and attitude are more your thing, it has the edge. 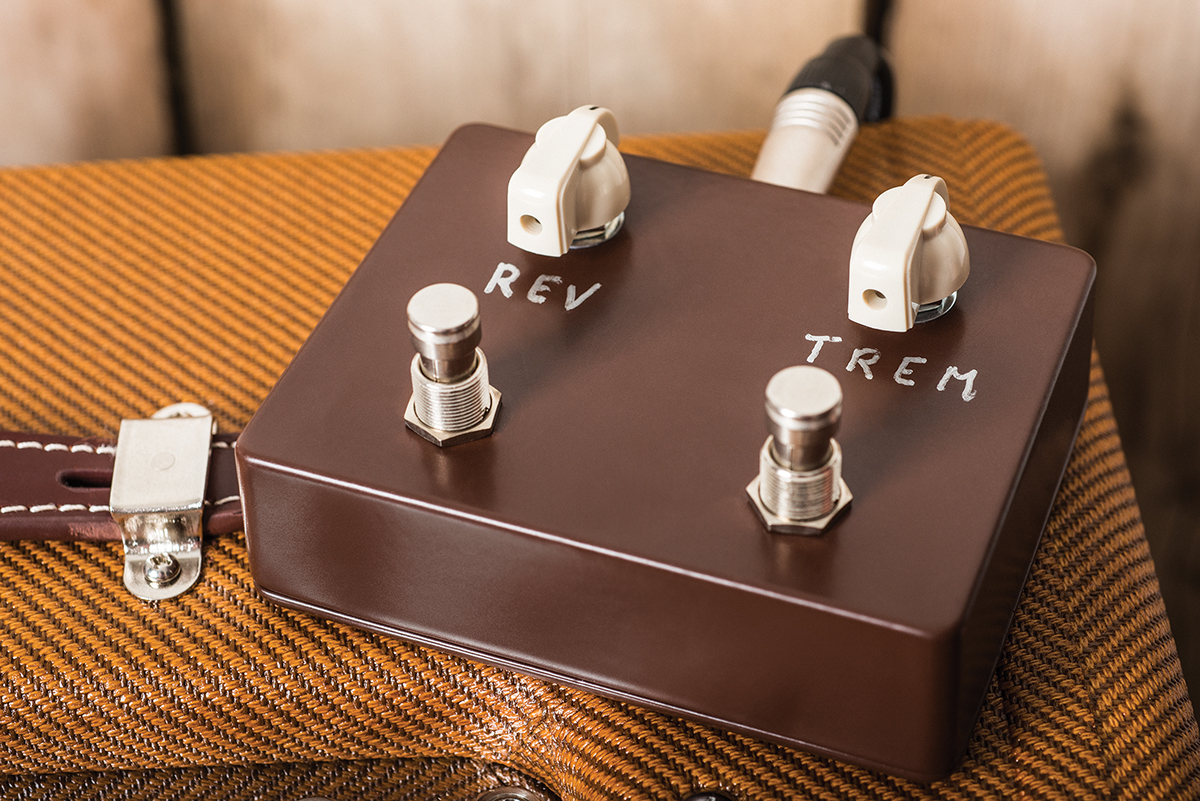 The Antares has the best onboard amp reverb we’ve tried, but the Lazy J’s reverb module is impressive by any standards, and more than holds its own. It’s warm, deep and versatile, and with tone and level controls mounted on the module, it can be smooth or splashy. It knocks spots off regular amp spring reverbs.

Bringing in the J10’s bias tremolo produces a thick, chesty throb and the speed range is more than sufficient for most players’ needs. There are depth and speed controls on the module’s enclosure but you may need to adjust the depth when you play with the attenuation activated because the effect’s intensity increases dramatically as more power scaling is applied.

Most narrow-panel tweed-derived circuits, the J10 included, are nominally two-channel amps. However, the ‘normal’ channel generally sounds nothing of the sort. Consequently, it tends to get overlooked by most players, but we decide to try it regardless – and find some rather cool tones therein. 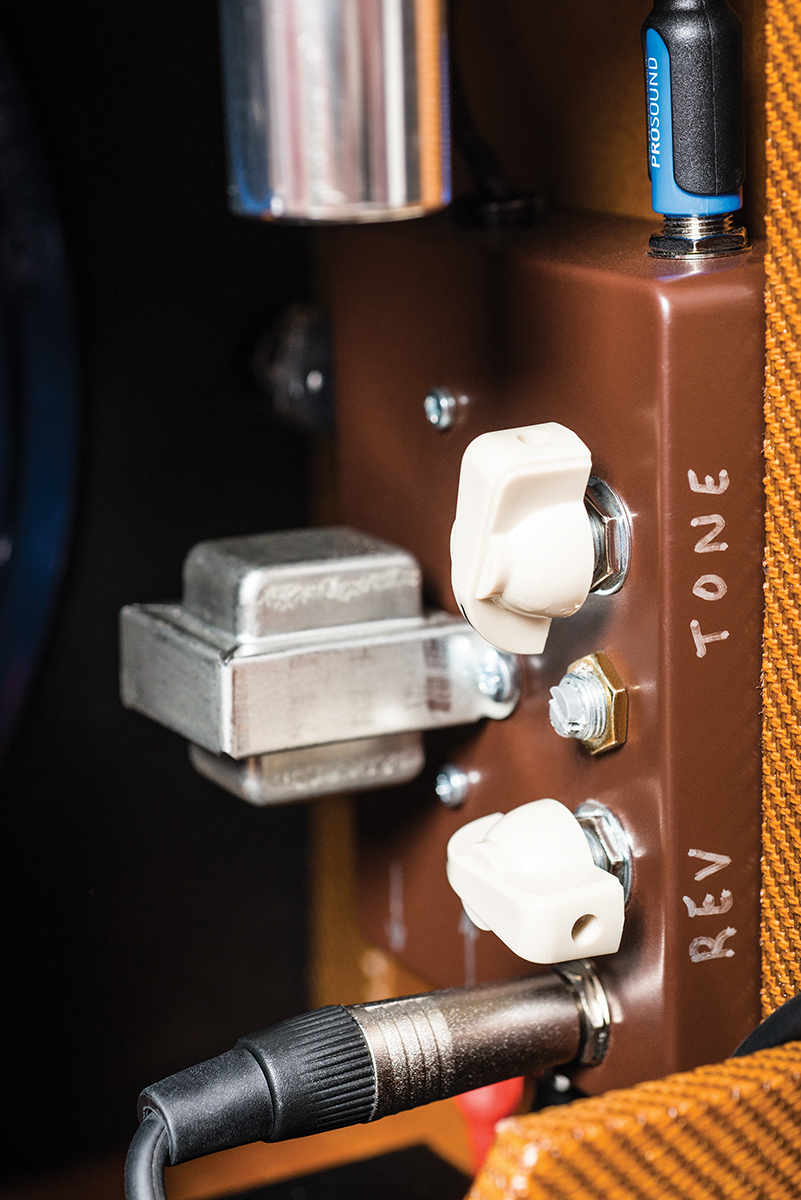 It must be said, the normal channel is unsuited to general playing duties because it’s very dark. Before you cry ‘jazz channel’, it needs pointing out that the treble roll-off is so pronounced that the archtops we try sound too muffled and indistinct – even with the tone maxed out. As the volume increases, so does the upper harmonic content, but the overdrive that comes with it isn’t jazz friendly. That said, with bridge P-90s and Filter’Trons, you get a fine and fat midrange honk that’s fun for revved up jump blues and the background texture tones Billy Gibbons used before he stopped shaving. You may not use it much, but it’s good to know it’s there.

The brilliant channel is very different, and far more versatile. Although low-volume overdrive may have revived interest in 50s tweeds back in the 1970s, their clean tones are just as good. The J10 stays fairly clean with Strat single coils up to around four, and the tone sparkles, chimes and breathes. Add some reverb and it’s so pretty and dynamic, we get lost in Steve Cropper and Hendrix for quite some time. 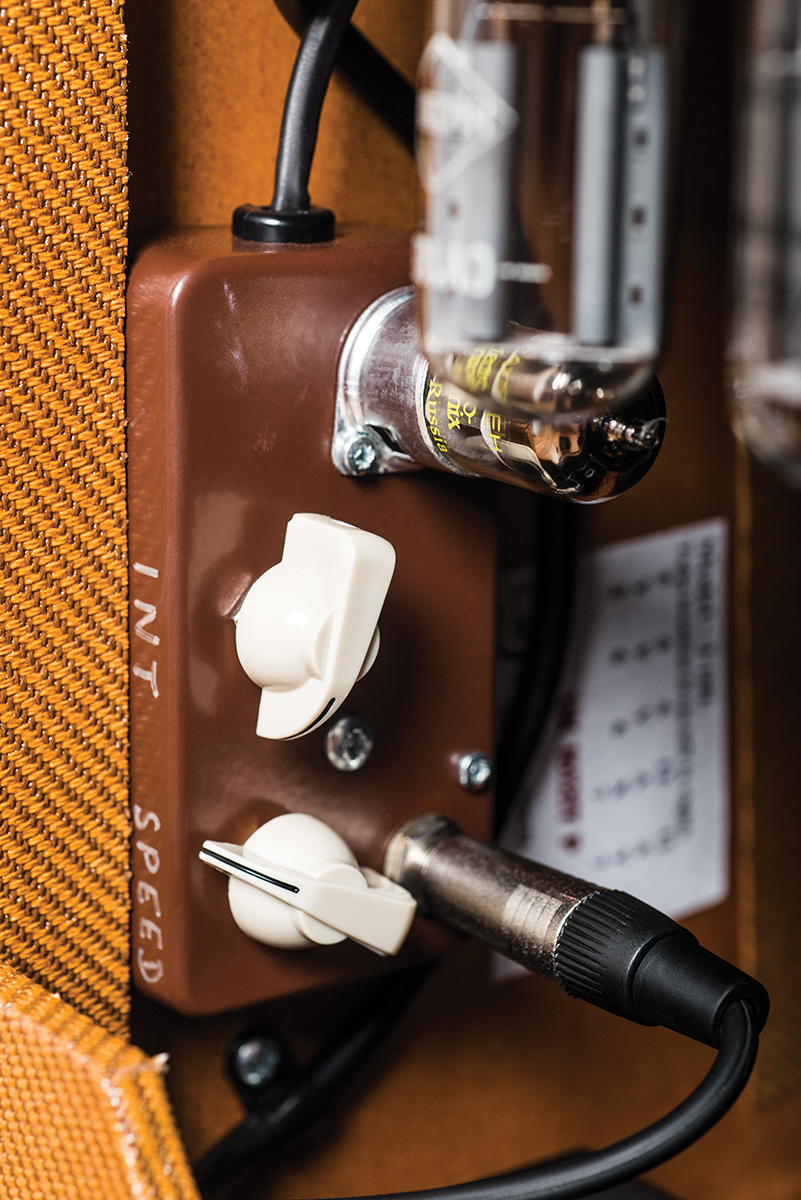 Despite the impressive clean headroom, the J10 certainly isn’t short on gain, even with a 12AY7 for V1. It comes on gradually, and as you get to grips with the way that the volume and tone interact, you’ll find loads of tonal shades. Best of all, the J10 does that classic 5E3 trick where you set the tone and brilliant volume almost all the way up, and turn the normal volume to the point just before the output level begins to drop. This causes the J10 to produce a ferociously splatty Neil Young pseudo-fuzz, and your guitar volume will begin to act more like a gain control. As you roll it back, the J10 gets progressively cleaner with relatively little drop in level.

Although rated at 10 watts, the J10 is a loud little critter and for home playing, the power scaling feature makes sense. We have mixed feelings about power scaling because it doesn’t always produce the best results, but Lazy J’s Variable Attenuation Control is hard to fault. The tonal character remains remarkably consistent, with the attenuated sound retaining brightness and clarity. It’s also devoid of harshness and grit, so on balance we prefer it to a power soak. You may experience a lightness in bass response at low volumes – with and without power scaling activated – but that’s where the bass switch comes in handy. 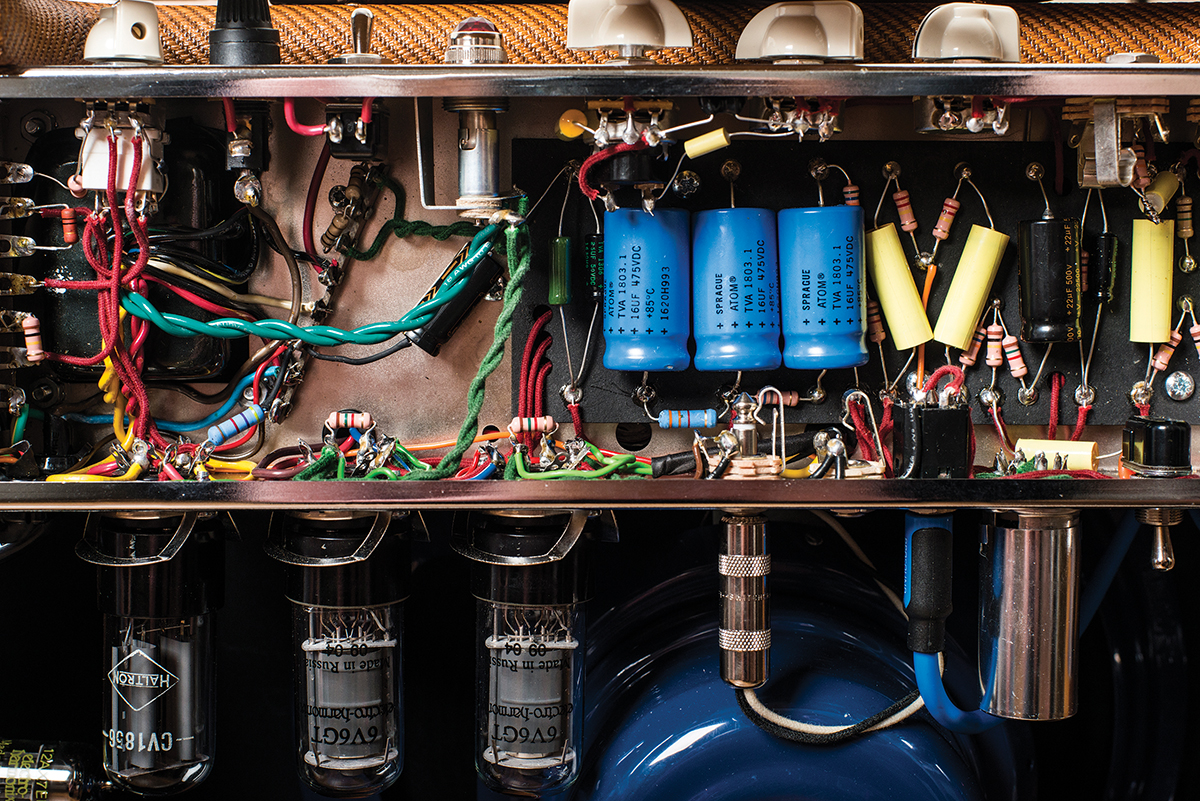 Like the mid-boost switch, its effect is noticeable without being over the top. Rather than dramatically altering the J10’s voicing, the effect is more like switching from modern to old-style octal preamp valves. Depending on the volume setting, a moderate increase in overdrive accompanies a thickening of the mids. The drive also smooths out and touch response feels slightly more compressed.

In a boutique amp market that’s saturated with tweed clones, Jesse Hoff stands out because he has always sought to add his own twist to the classic recipe. Even without all the optional features, the J10 would be an exciting amp, but with the extras onboard, it’s ideal for practising at home, low volume jamming and easy recording. It’s the most enjoyable Lazy J amplifier we’ve played since the J20, and although it has softer bass and not as much punch, we might actually prefer it to Hoff’s flagship. Impressive stuff. 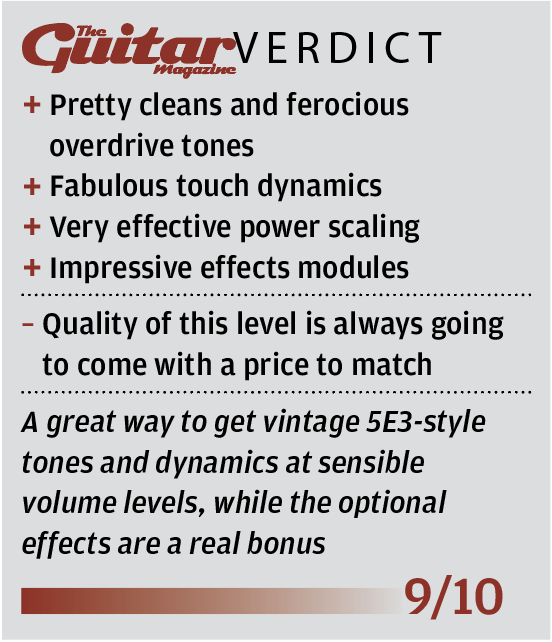